Public Art That Does a Lot with a Little 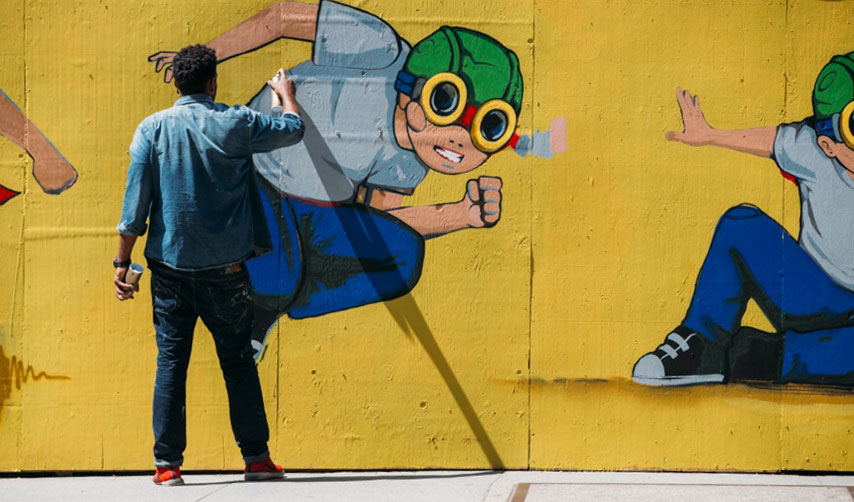 As individuals who spend our days working toward good design, nothing saddens us more than the elaborate and expensive piece of public art that fails to spark joy, neglects the wonder of curiosity, or misses the mark of contemplation. The examples that frustrate us most cost tens of thousands of public dollars, take up valuable space in the city, and consume the energy of the artist commissioned to produce it. More often than not, these pieces simply add visual noise to the built environment. In our own travels and experiences, these pieces fail for numerous reasons. There’s the installation almost entirely dependent on a water feature component which has since been shut off (or broken). There’s the mindless Plop Art — plopped down without any thought to its context or environment. There’s the work that’s simply been overdesigned and overworked. The list goes on.

We’ve been getting into the details of our First Central Station project lately, and it’s really got us thinking about what makes for good public art. The project includes a 10,000 square foot central plaza, a smaller 3,000 square foot event plaza and three entrance courts, each of which could host a variety public art pieces. Naturally we want to craft a narrative with the art specific to the place and we want to foster curiosity and wonder. Because of these desires, the design team started working with the talented Paul Rucker early on in the design process and his contributions to the project have been instrumental.

Throughout the schematic design process of the First Central Station project, we’ve done a great deal of homework on public art and an unexpected insight occurred. The more examples we considered, the more apparent it’s become that cost and complexity have little to do with what we consider good public art. In fact, it’s often the subtle, inexpensive artistic maneuvers that are the most thought-provoking and effective. Maybe it’s that artists must be more resourceful and scrappy without a lavish budget, or maybe public art is better when it’s not yelling at the top of its lungs. Whatever the case, we’ve arrived at the obvious conclusion that art doesn’t have to be expensive or elaborate to be good.

Today’s post is a collection of nine public art works around Seattle that speak to the nature of art doing more with less. If you’ve got some favorites of your own, hop on social media and let us know what they are.

Broadway Dance Steps on Capitol Hill by Jack Mackie
Just try walking past this piece without doing the two-step. We love that this simple installation makes people smile and doesn’t get in the way of anything. 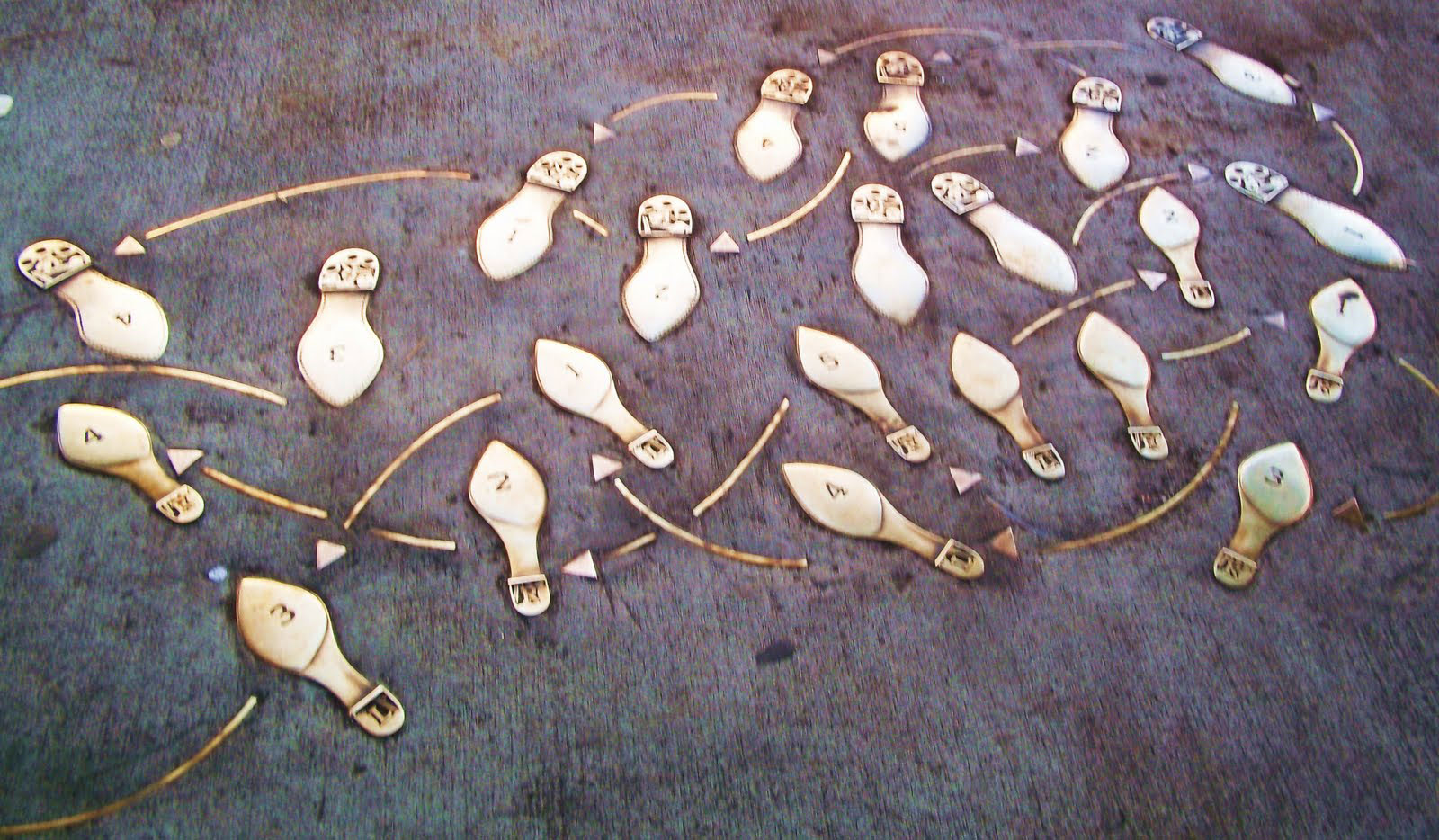 The Roots of Jazz in Seattle sign in the Central Area
The simple Roots of Jazz sign at 12th Ave. S. and S. Jackson Street in Seattle is an excellent example of public art that documents the character of a neighborhood while offering a solid lesson in history. This installation was an important component to the research and gathering phase of the First Central Station project. 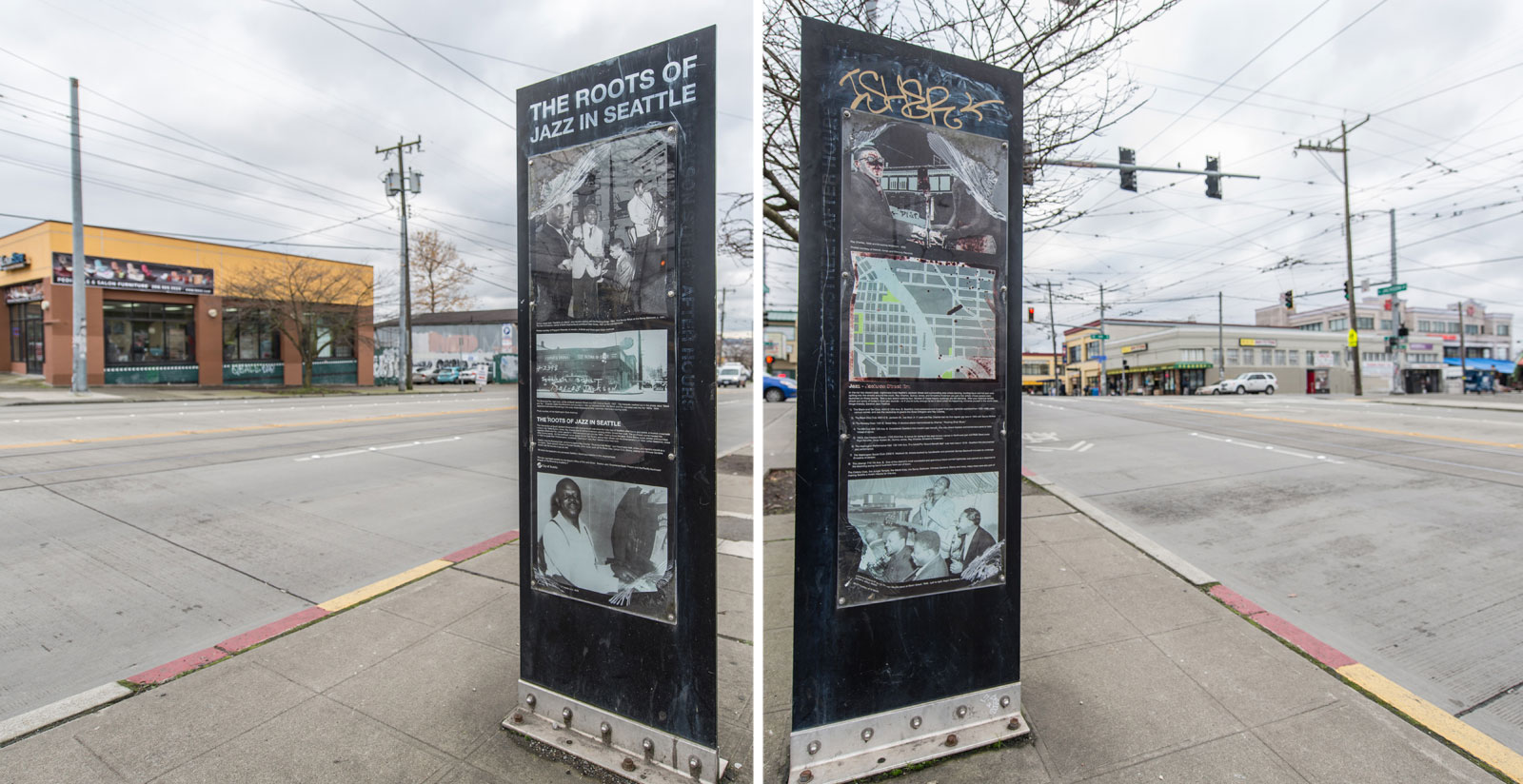 Manhole Covers by The City of Seattle
Clever and well-crafted, a person could actually navigate by these manhole covers with a little improvisation. 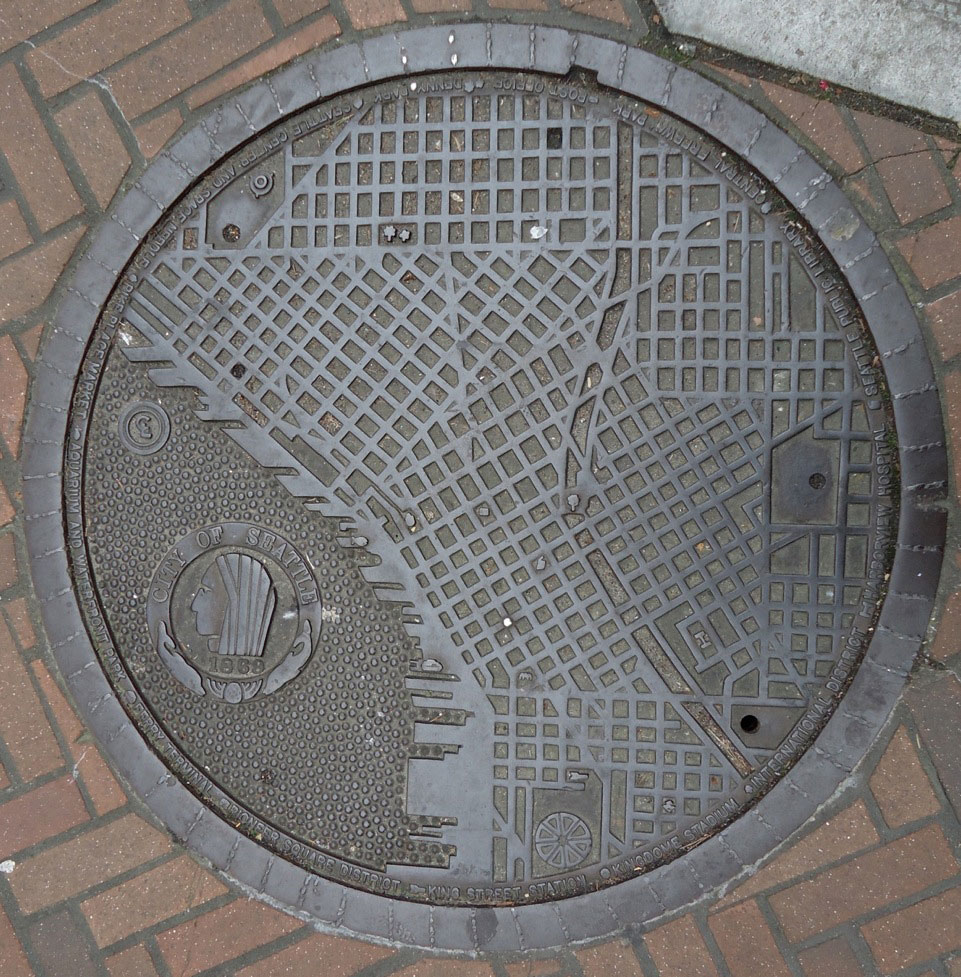 Rainbow Sidewalks by The City of Seattle
This simple act of paint on pavement communicates so much about what an urban community believes in and stands for. 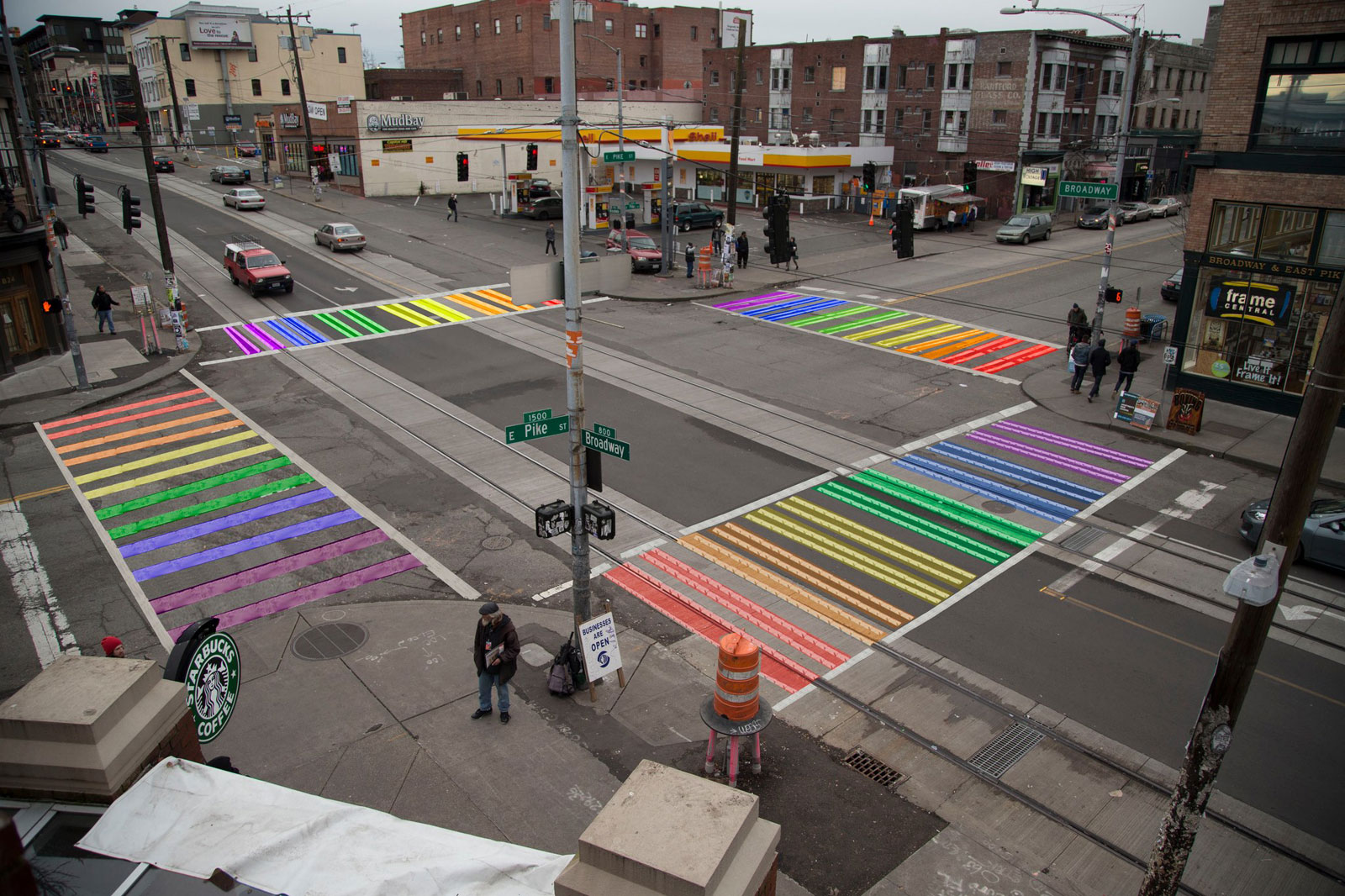 Construction Site Screening by Hebru Brantley
The amount of construction right now in Seattle is producing extensive construction site fences all over town, and if you’re a clever artist like Hebru Brantley, they’re nearly infinite canvases for large-scale murals. 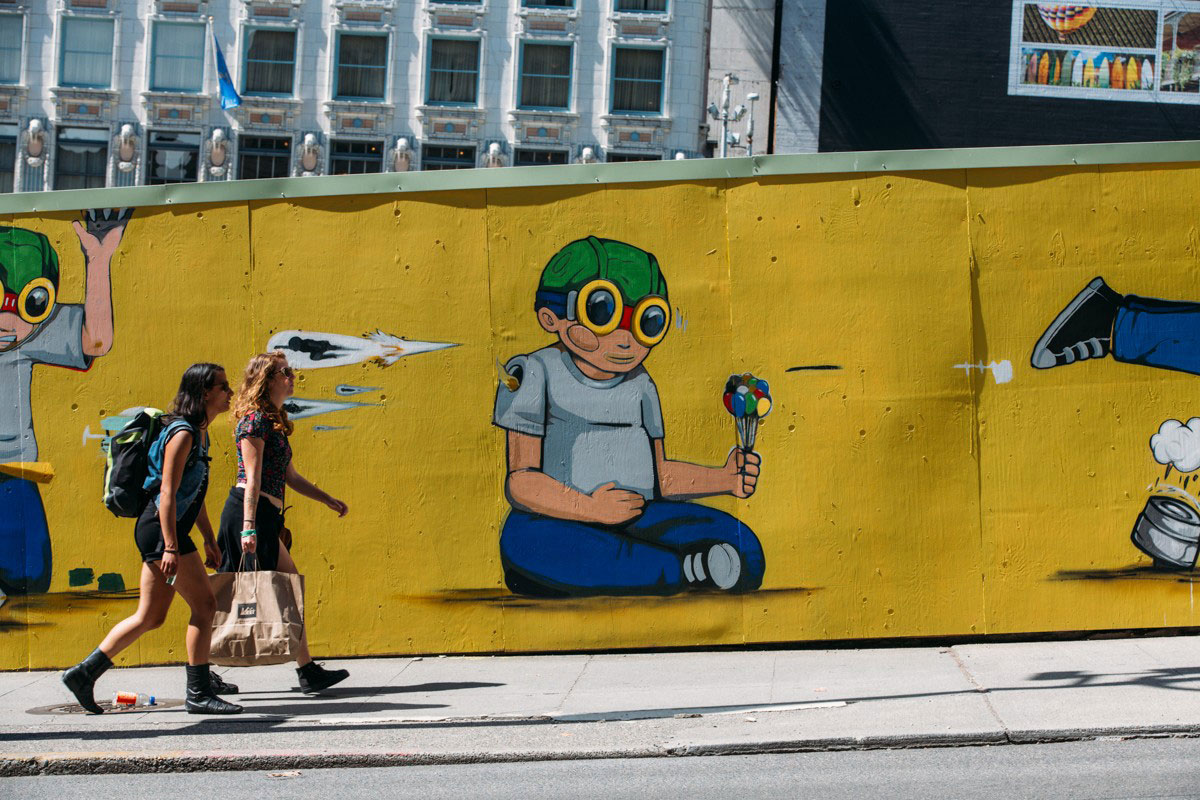 Waiting for the Interurban statue in Fremont by Richard Beyer
This street-side sculpture in Seattle’s Fremont neighborhood engages the public like few others. Because of the constantly updating attire (done entirely via public involvement) this statue of five adults, a child and a dog waiting for public transportation is typically a reflection of seasons, holidays or the political climate. 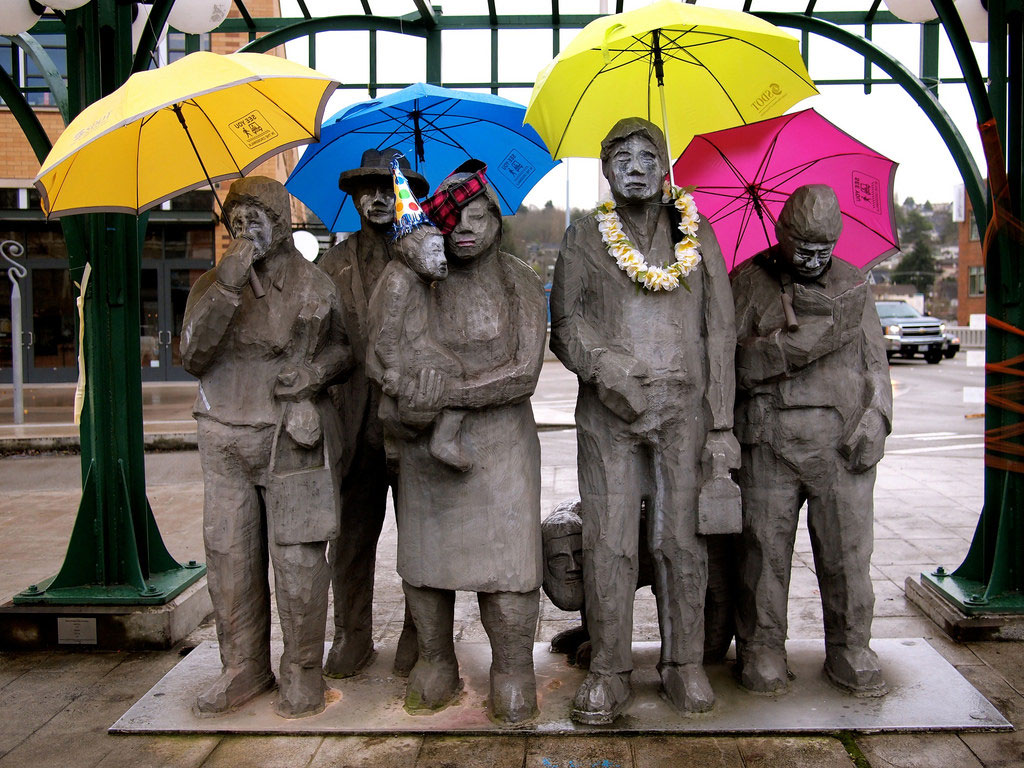 Hat ‘n’ Boots in Georgetown’s Oxbow Park by Lewis Nasmyth
Recycling at its best, the piece was originally designed as the Hat ‘n’ Boots Gas Station in 1953 and was later moved and restored to Oxbow Park where it’s the soul of Georgetown. 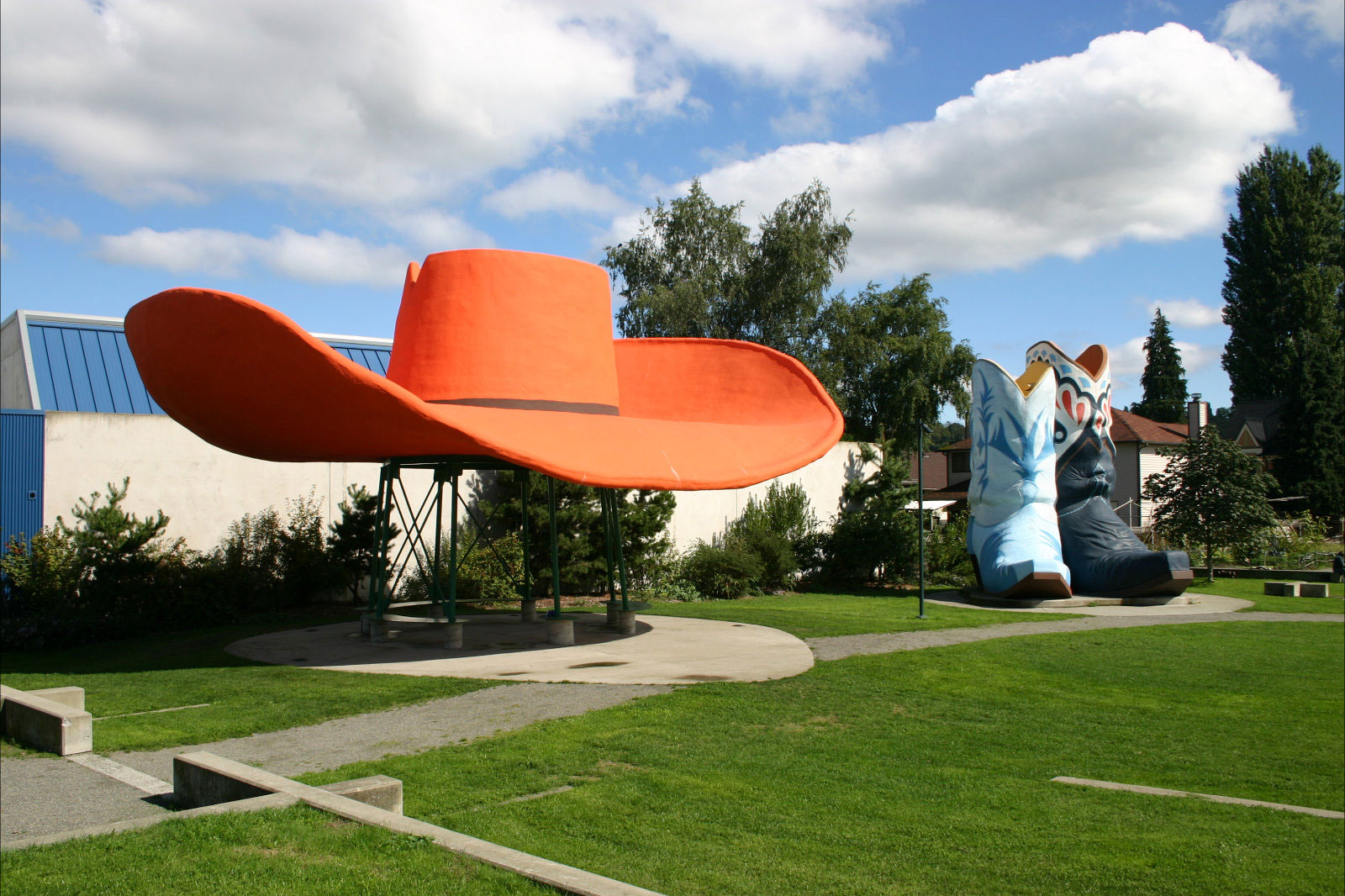 Sundial at Gas Works Park by Charles Greening
In addition to marking the summit of Kite Hill, this ornate sundial offers an educational component as the viewer becomes the gnomon — the vertical part of a sundial that casts a shadow. 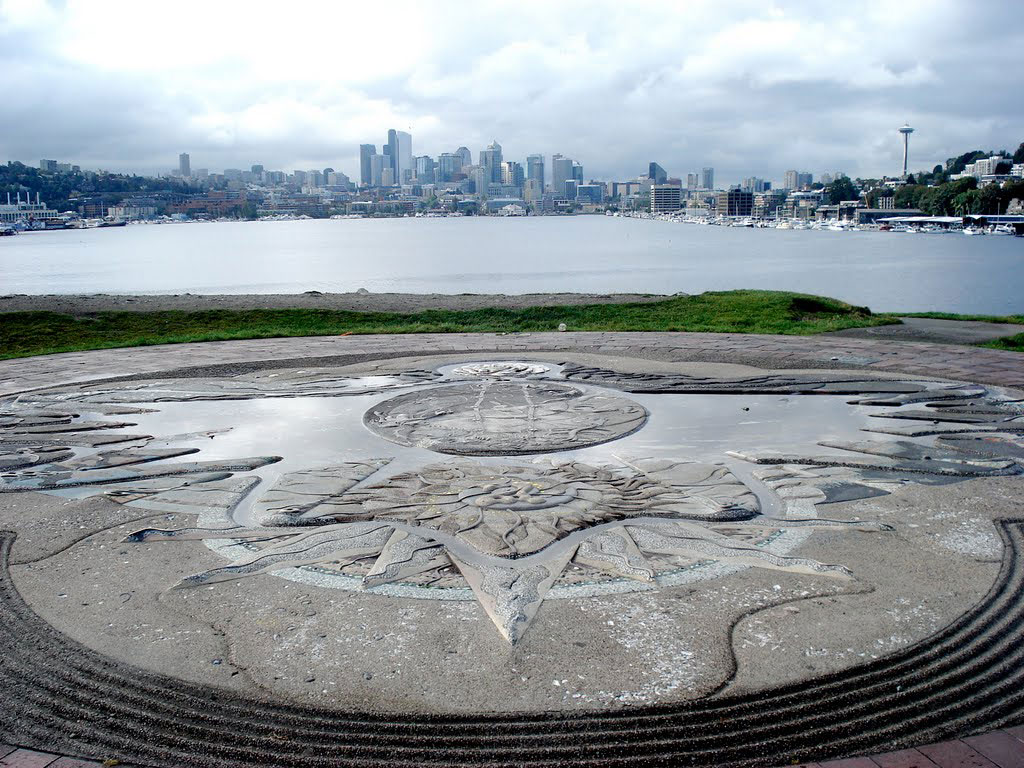 Fremont Troll under the Aurora Bridge by Steve Badanes, Will Martin, Donna Walter, and Ross Whitehead
The troll under the bridge is a stop on any proper tour of Seattle and, unlike most large scale sculptures, kids (and adults) are welcome to climb all over it. The piece is made from ordinary materials like cement and a discarded Volkswagen Beetle. 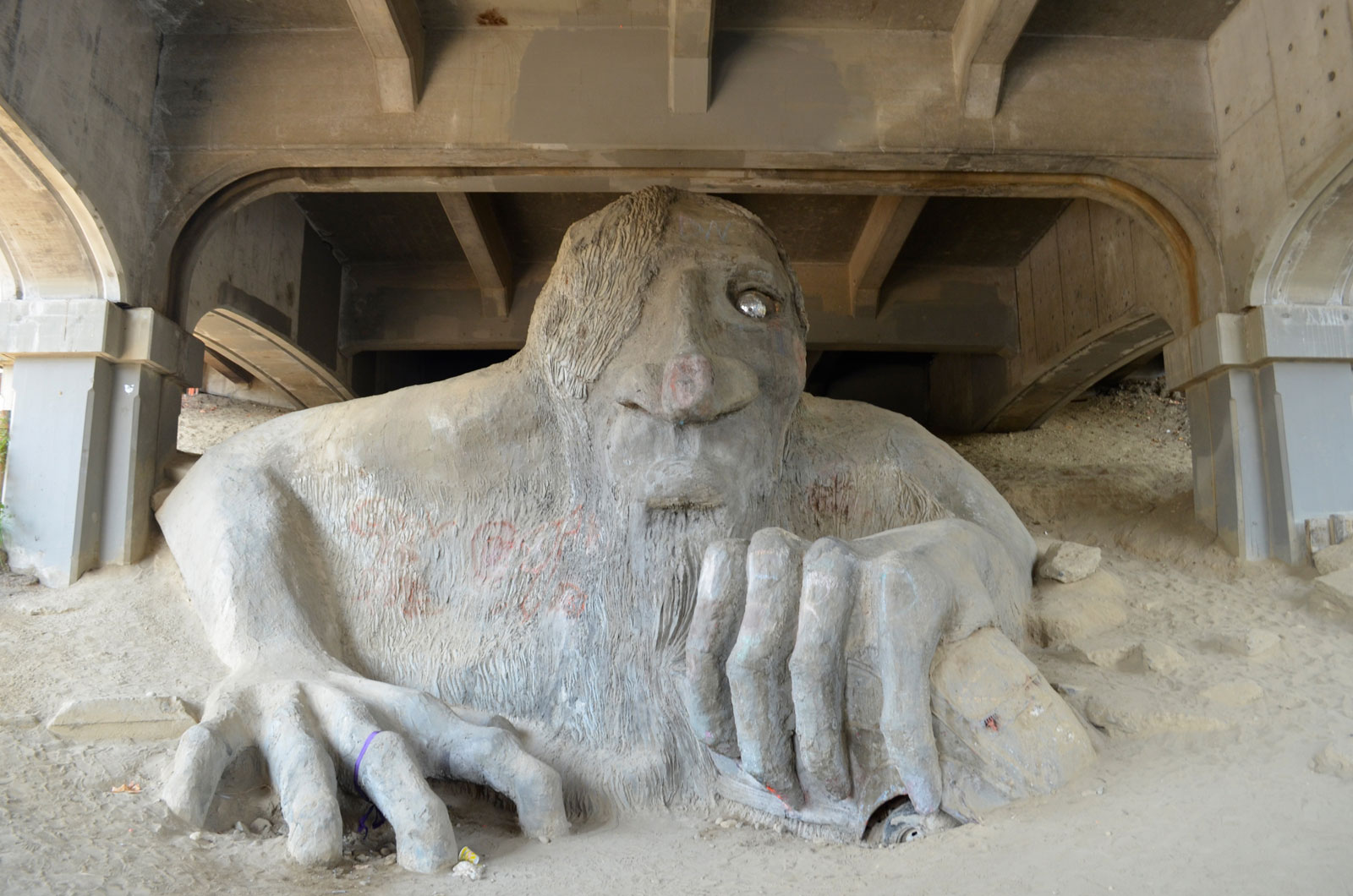