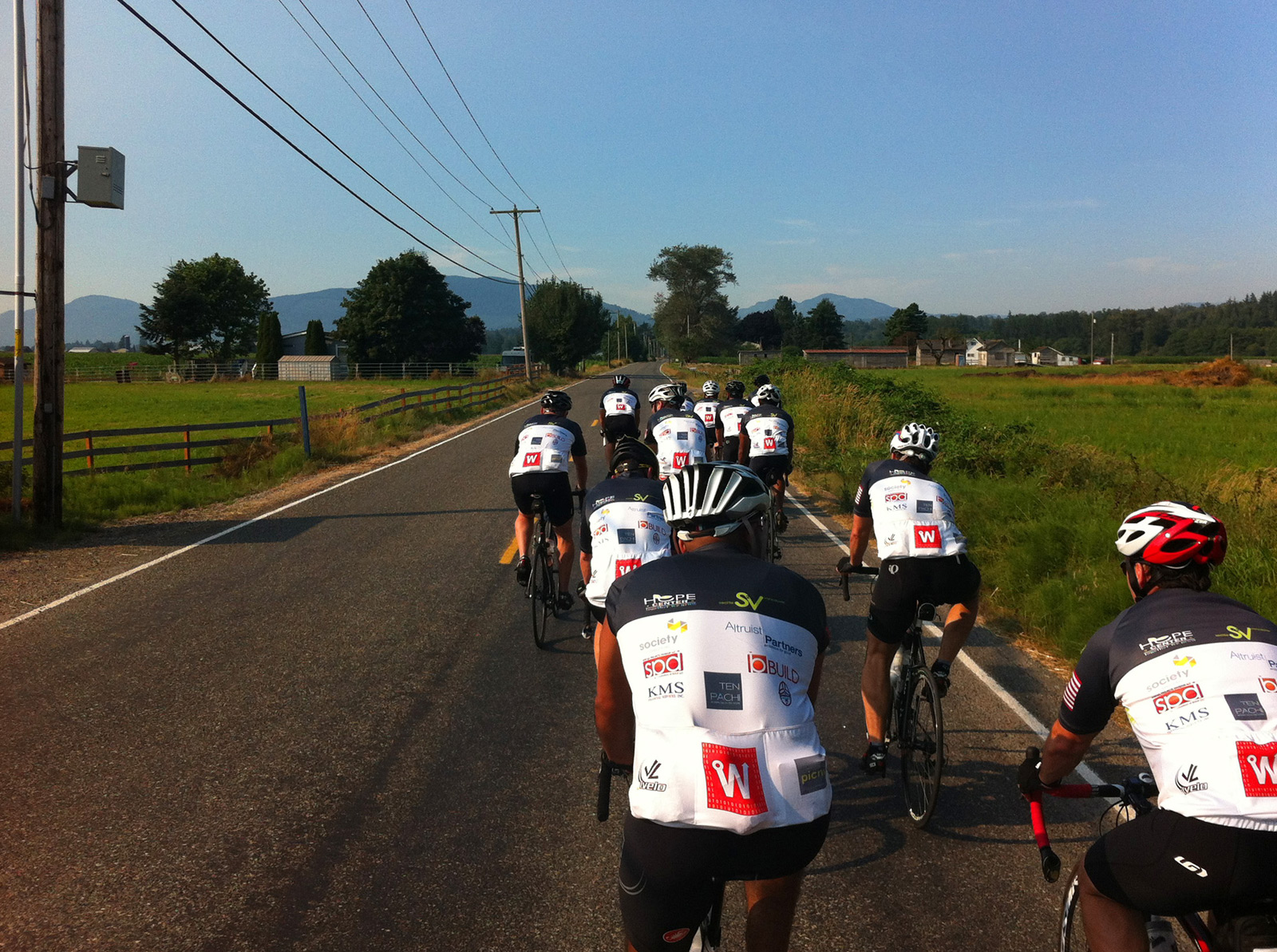 Each year, toward the end of summer, an opportunity presents itself. It’s the chance to round up our friends and family, get out of the office for a few days, and contribute back to the community. We talk a lot about giving back and fostering community on the BUILDblog, and while we typically focus on design solutions for doing so, one of our favorite ways actually has very little to do with architecture and design. Each August, a growing number of comrades gear-up, hop on our saddles, and ride 188 miles from Seattle to Vancouver over the course of 2 days. 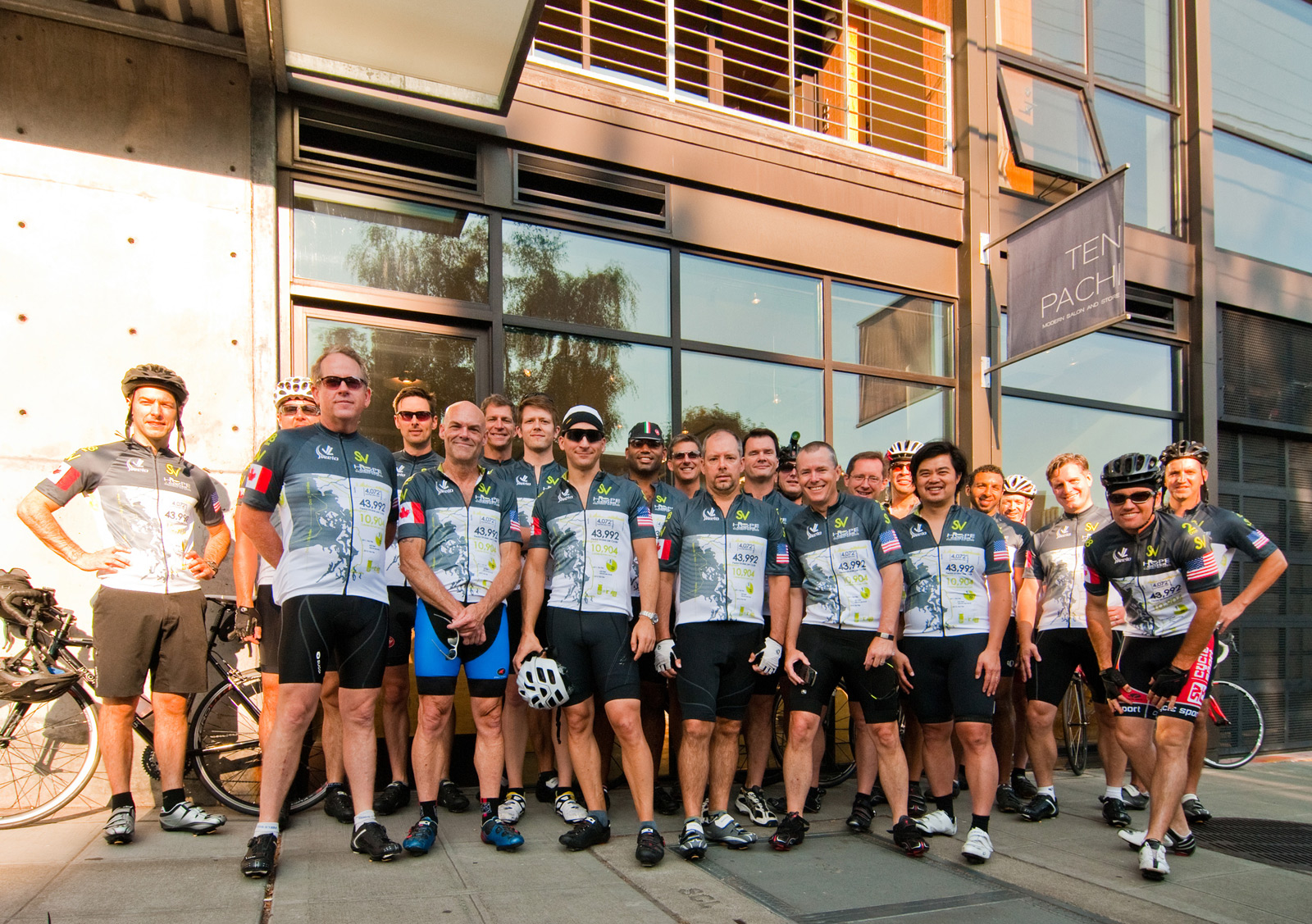 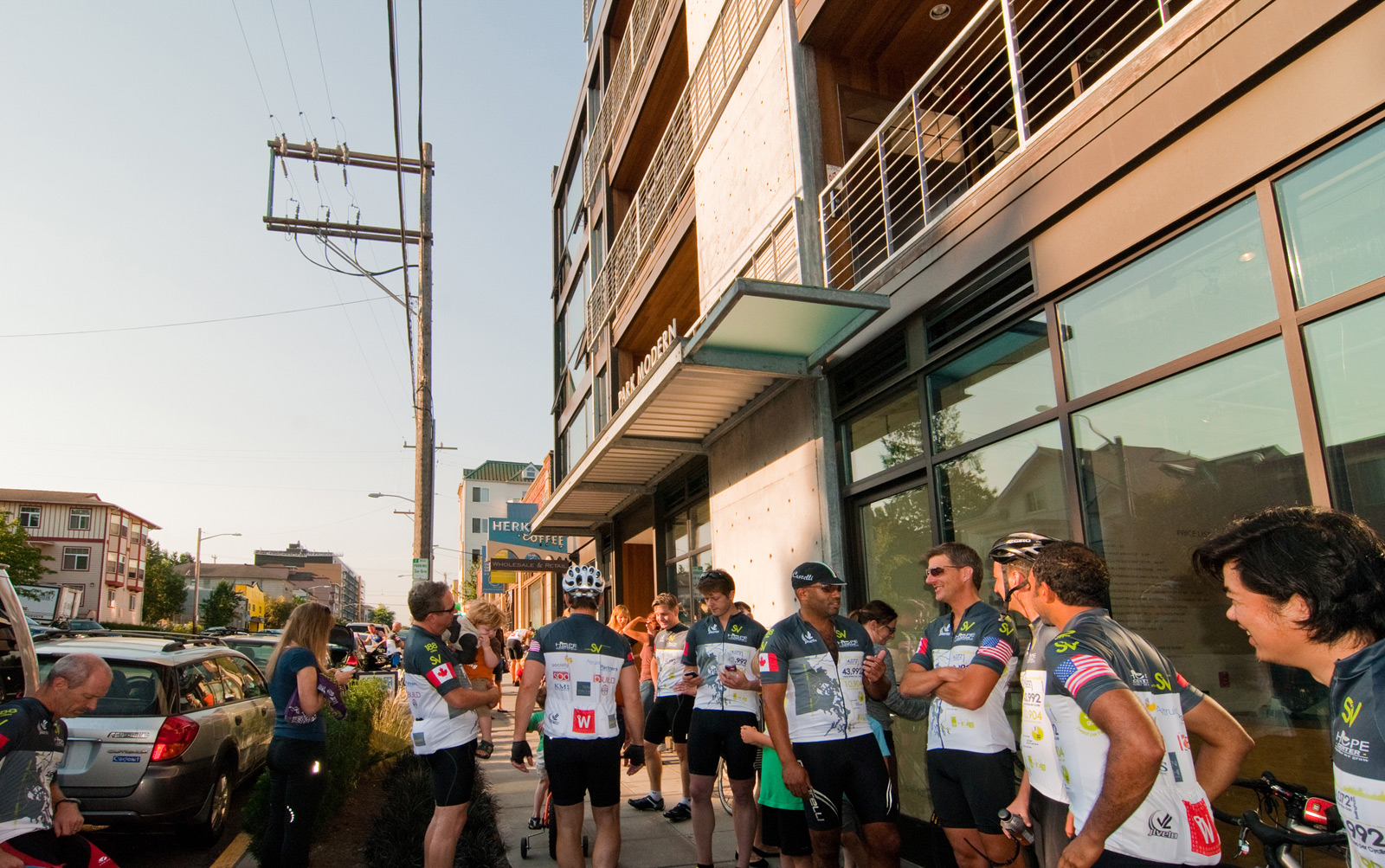 The S2V Invitational ride is an exceptional event to get to know more of our community, and it’s a great excuse to stay focused on fitness over the summer. Best of all, we have the honor of riding for organizations in town that are committed to respect, dignity, hope, and compassion. This year we rode for The Hope Center, a Seattle social-profit organization that provides a safe refuge for homeless mothers. It was an absolute privilege riding for an organization with such a profound purpose and with the help of our friends, families, colleagues and sponsors, we raised $21,945 that goes directly to the The Hope Center. We’re humbled by the generosity of our community — an enormous thank you goes out to everyone that contributed to the 2012 S2V. 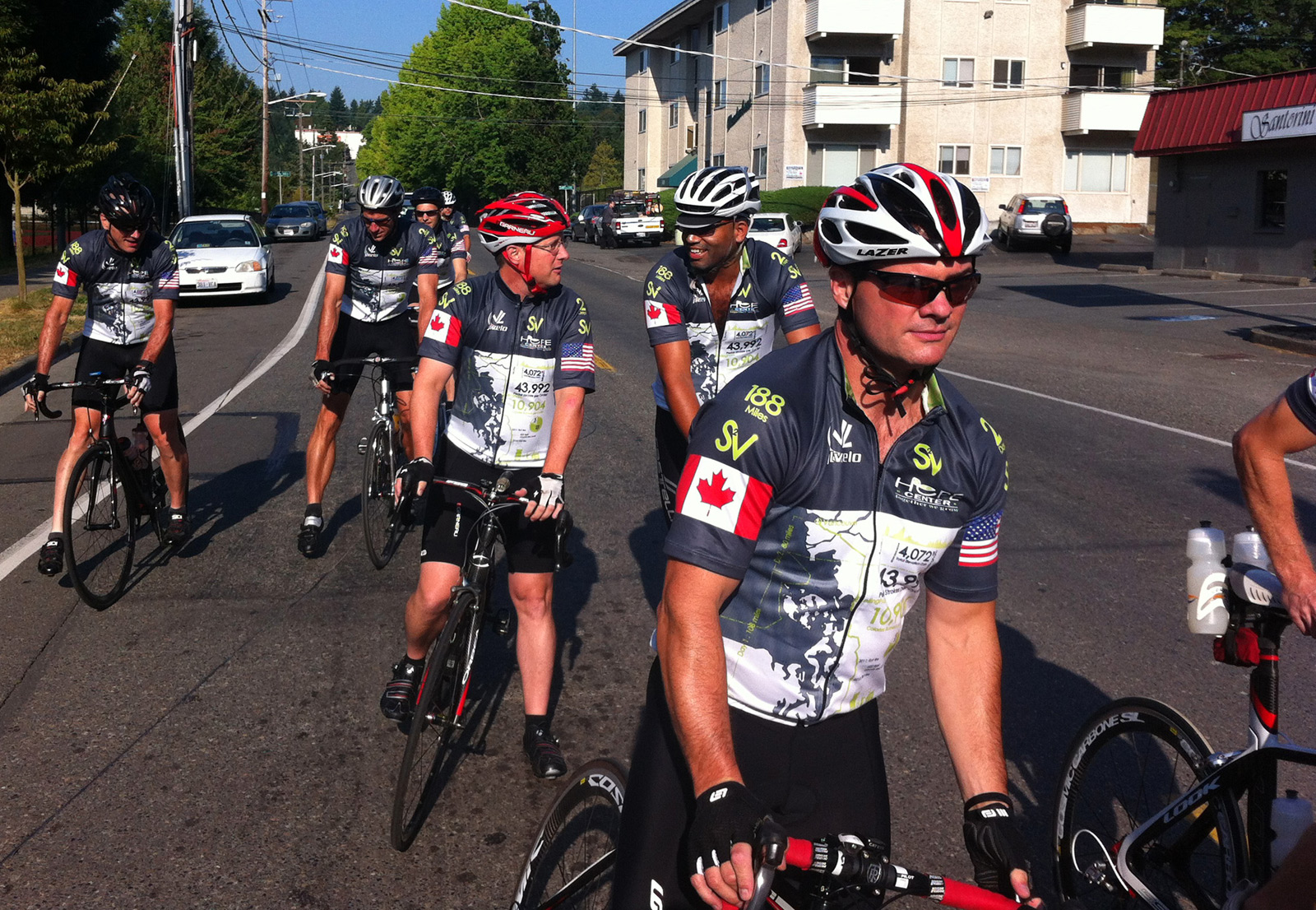 As we’ve stated in years past, we do this ride for a simple reason: to be part of something bigger than ourselves. Activity like this adds meaning to our lives. Last year we raised $14,000 for Washington C.A.S.H. and in 2010 we raised $10,000 for Shelterbox. Add in some world class cycling, camaraderie, and some of the most scenic areas of the Pacific Northwest, and you’ve got the ingredients for an exceptional experience. The interest and involvement in S2V continues to grow and we’re excited to start planning for 2013. 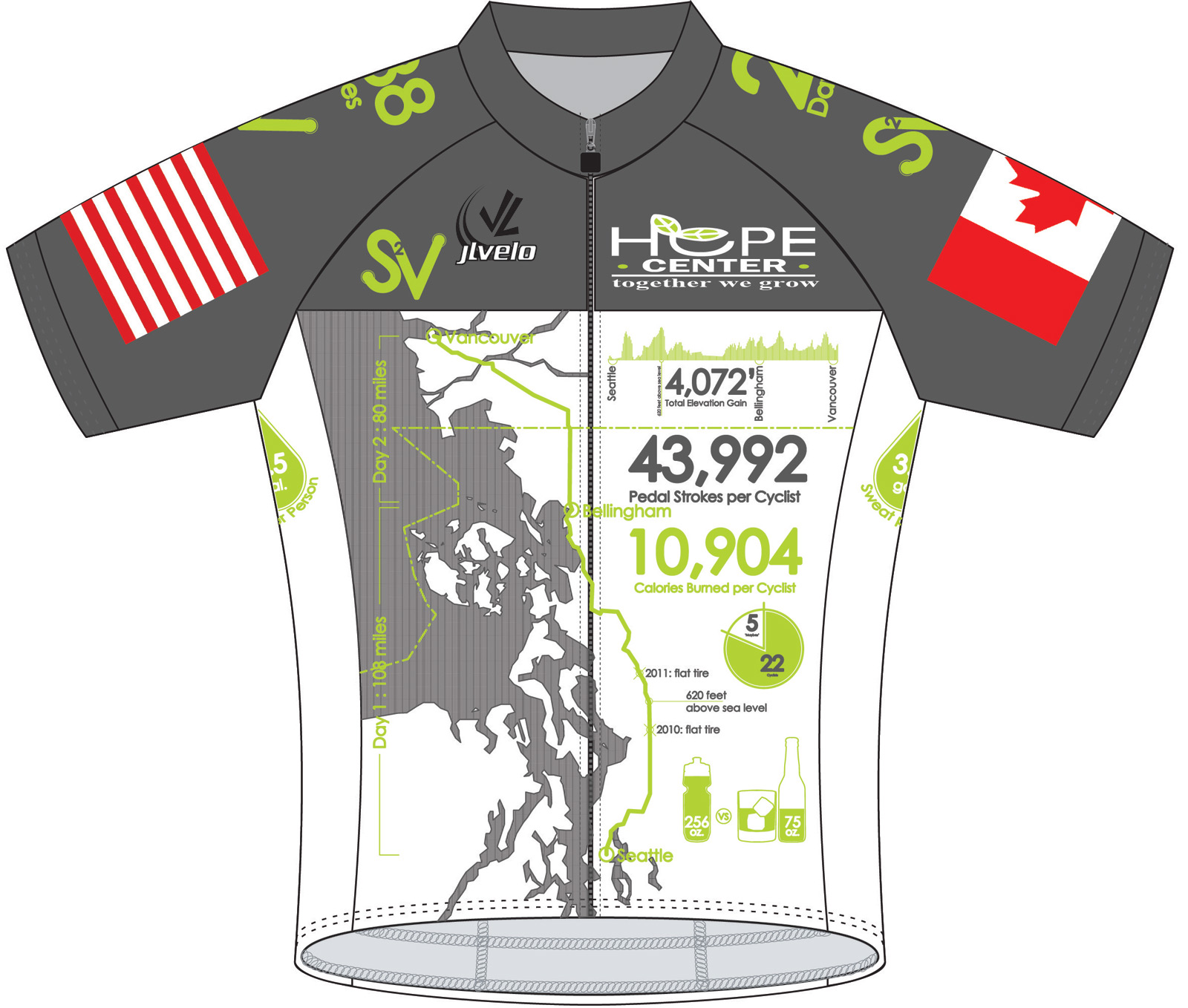 The 2012 jersey was designed by Charles Caldwell, design ninja here at BUILD LLC. The info-graphics theme was inspired by the work of Nicholas Felton. 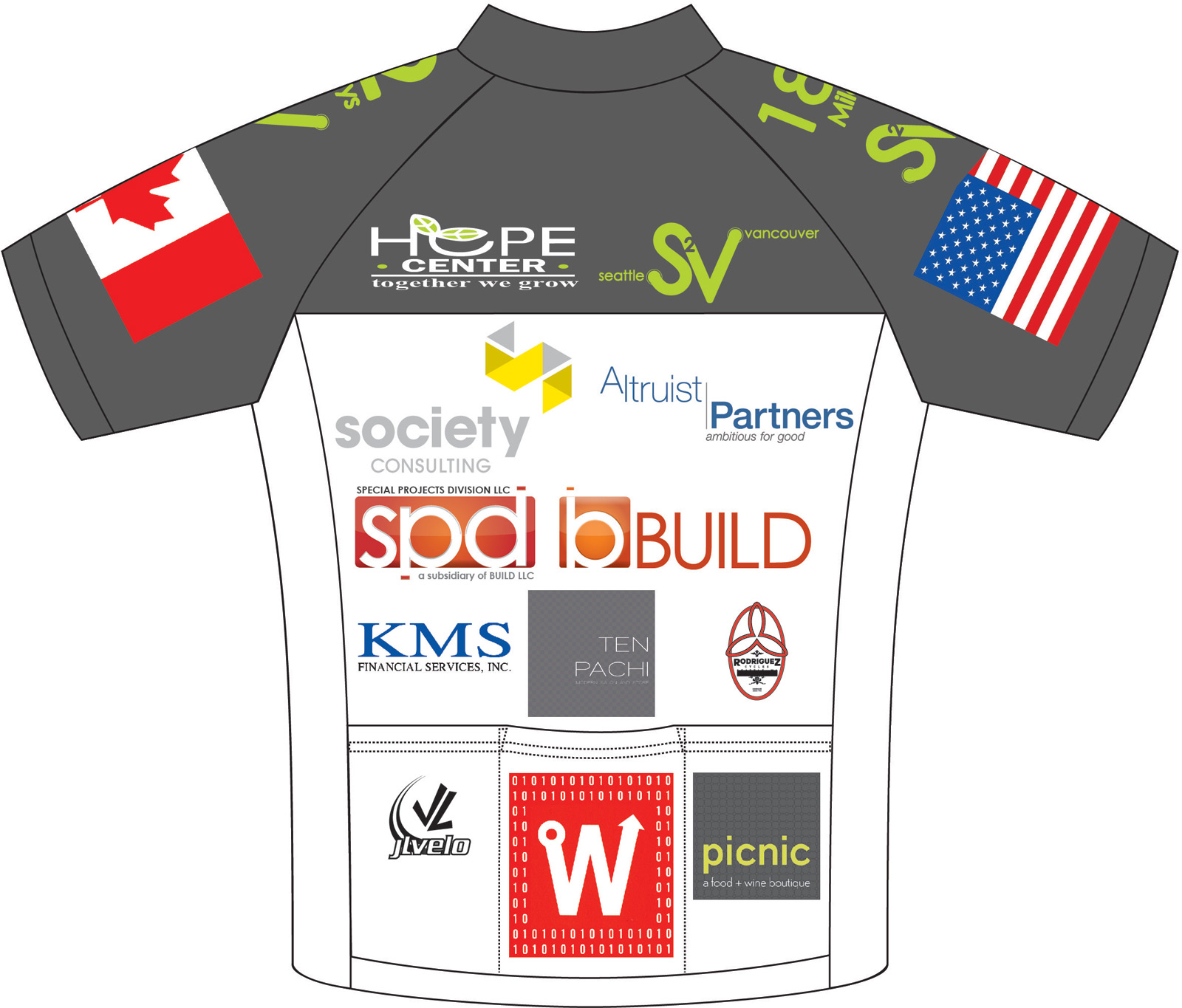 A big thanks to the 2012 sponsors who include The Welland Company, Society Consulting, Altruist Partners, our favorite salon, Ten Pachi, our go-to bike shop, R+E, KMS Financial, BUILD LLC, SPD, and JL velo. One of the highlights of the ride is the delicious gourmet foods provided by Picnic, a favorite food & wine boutique in Seattle. 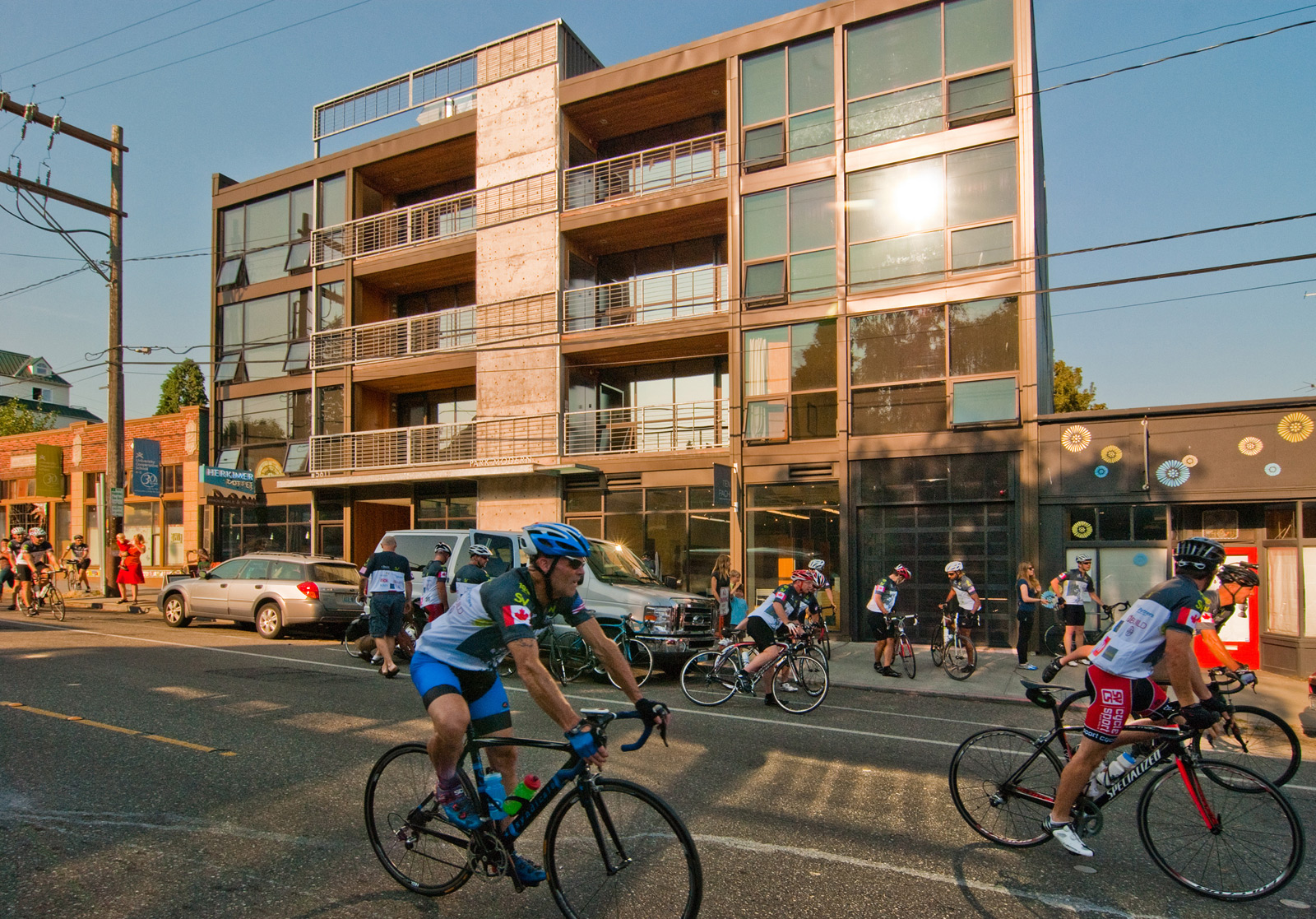 Special thanks goes out to Greg Plaunt for providing the team van, to Gary Plaunt for his navigating and coaching skills, and to Kevin Eckert for organizing the event itself. As always, thanks to the Canadians for their hospitality. 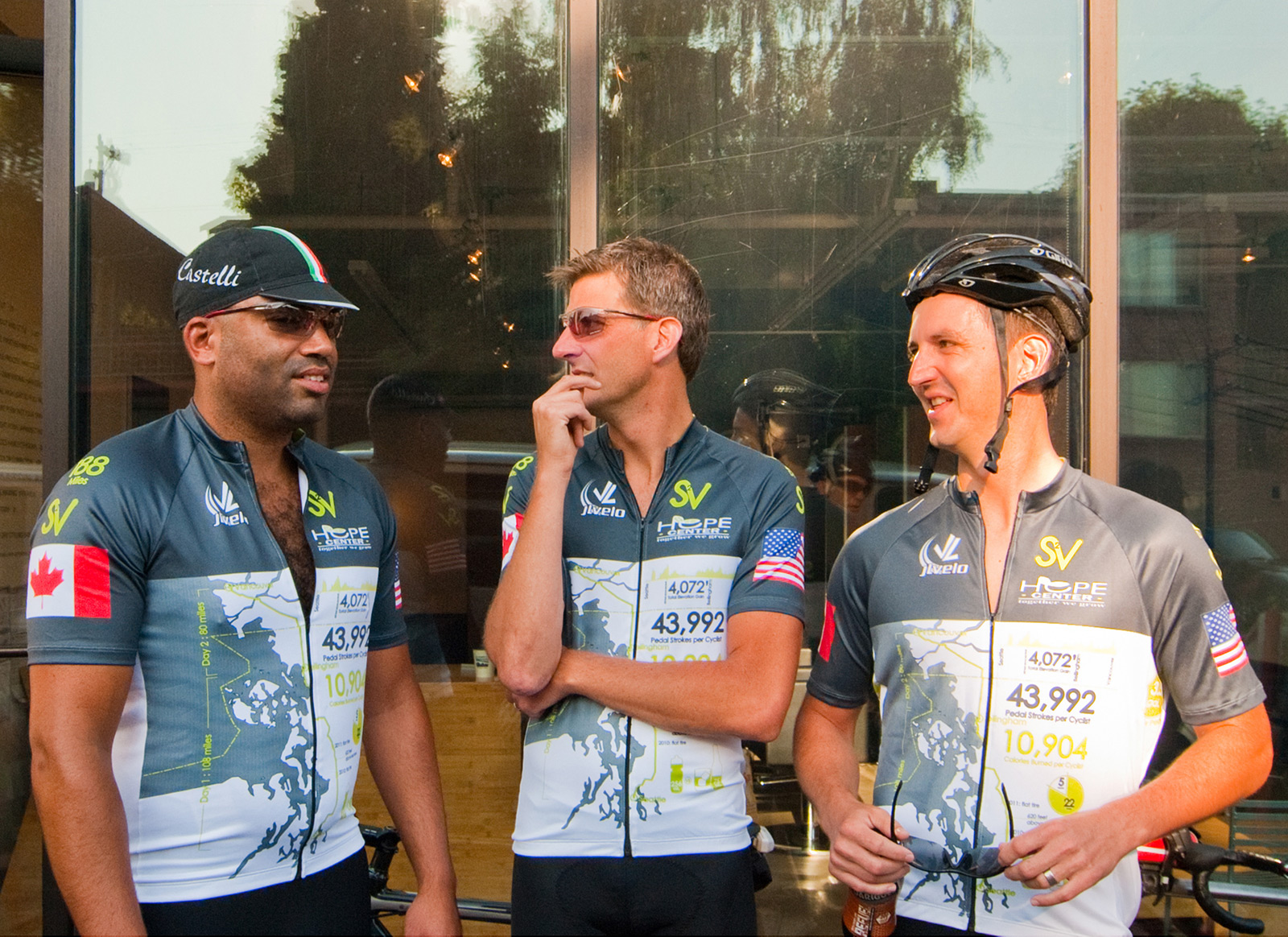 Some of the team took their go-getter-ness to the next level and continued on for a third day to Whistler, British Columbia. 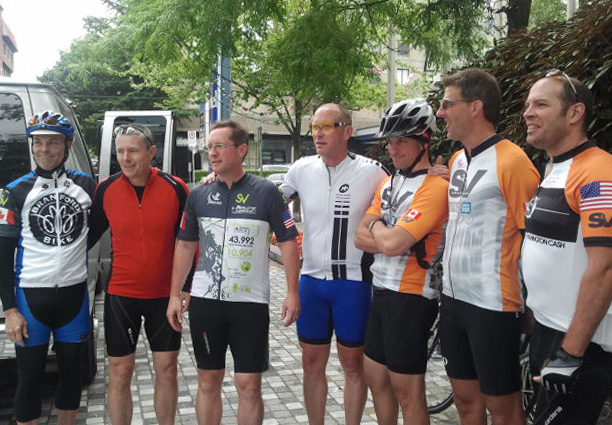 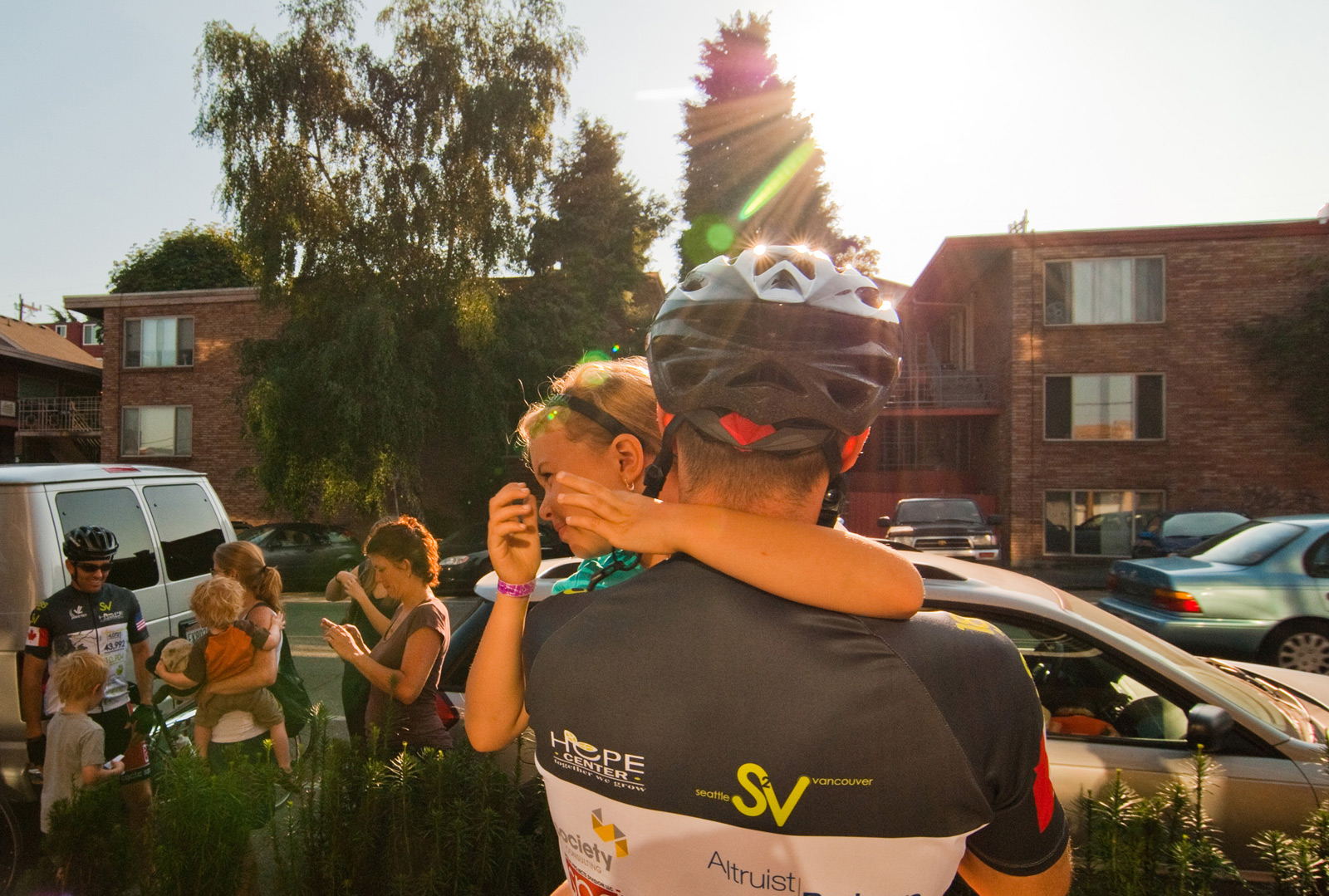 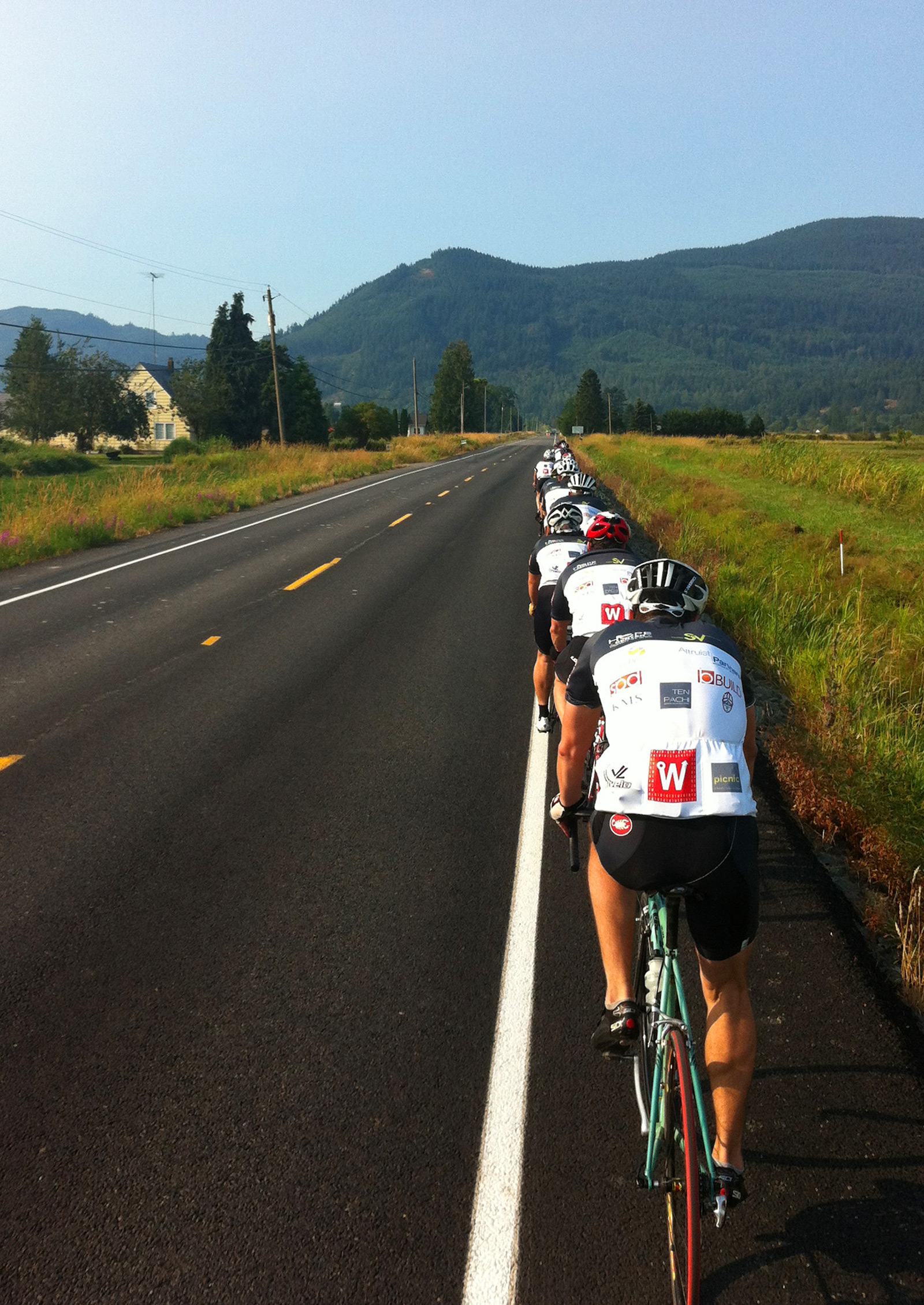 Overall, an exceptional experience and we were thrilled to be a part of the 2012 S2V. Check out the BUILD LLC Facebook fanpage for more behind the scenes photos.