[All images by Lucia Marquand]

Late last autumn, a new book about the Northwest master architect, Paul Hayden Kirk, and the group of architects whose work he inspired was finally published. The 1950s through the 1980s produced what was perhaps the most significant design movement the Pacific Northwest has ever experienced, and it laid the foundation for everything that was to come in architecture—in the words of Seattle architect Rick Sundberg “[Paul Hayden] Kirk changed us all. He influenced how we were and are, as architects, for the rest of our lives.” This era was epitomized by small-scale wood buildings designed by those who were interested in material properties, who understood engineering, and who were fascinated by how things go together. For decades, terms such as Northwest Style and Pacific Northwest Modernism have been used to describe and define this philosophy of architecture, and there are dozens of publications that reference this important period. But before now, no publication has documented its instrumental works or recorded their collective importance. 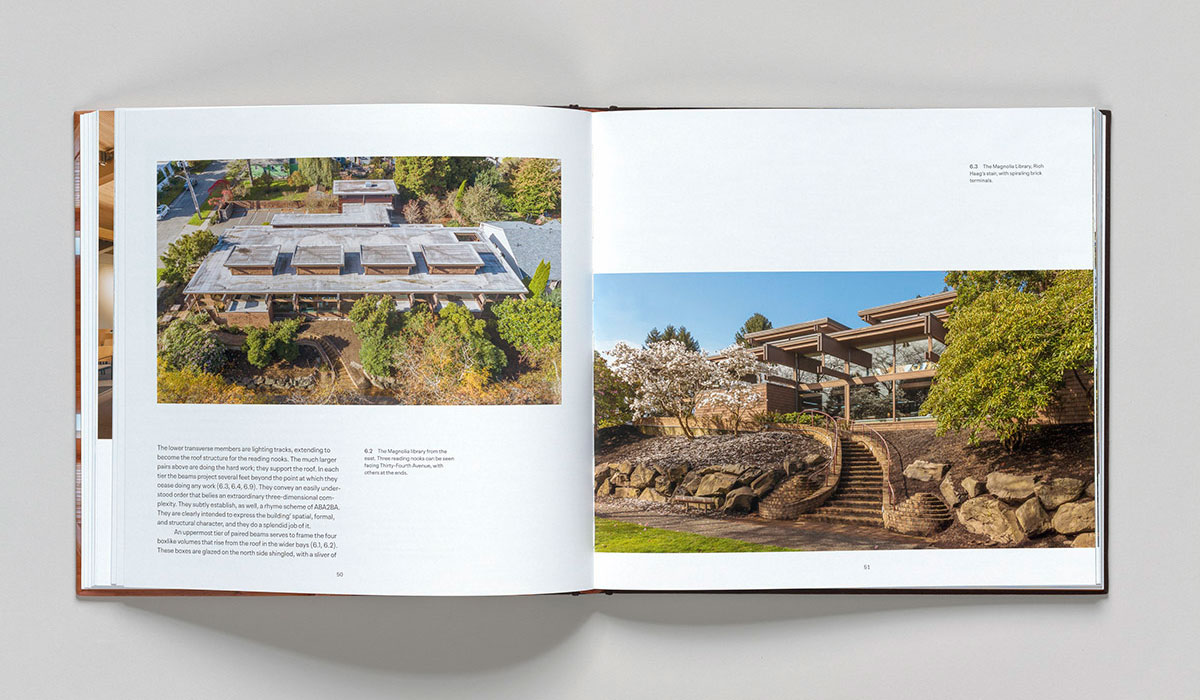 With wisdom and rigor, architectural historian and professor emeritus Grant Hildebrand — a true master of Pacific Northwest architecture — carefully unfolds the story of Paul Hayden Kirk and the Puget Sound School, establishing their principles as a unique and richly layered ideology. Hildebrand’s enterprise leveraged the dedication, bandwidth, and elbow grease of a couple of us here at BUILD, and we’re very proud of the result. Kelly Rodriguez assisted with myriad aspects of the project from its inception, and Andrew van Leeuwen captured a substantial number of original and elegant photographs. The book was thoughtfully designed by Ryan Polich at Lucia Marquand, published by ARCADE, and is distributed by the University of Washington Press.

Despite photoshoots colored by Covid conventions, a vast number of details that demanded weaving into the manuscript, cargo ships stuck in ports, and work-from-home directives, Paul Hayden Kirk and the Puget Sound School was born. For architects and the design conscious in and around the Puget Sound, this is an important document; it explains the DNA of our collective design convictions, and confirms that we live in a meaningful time and place. 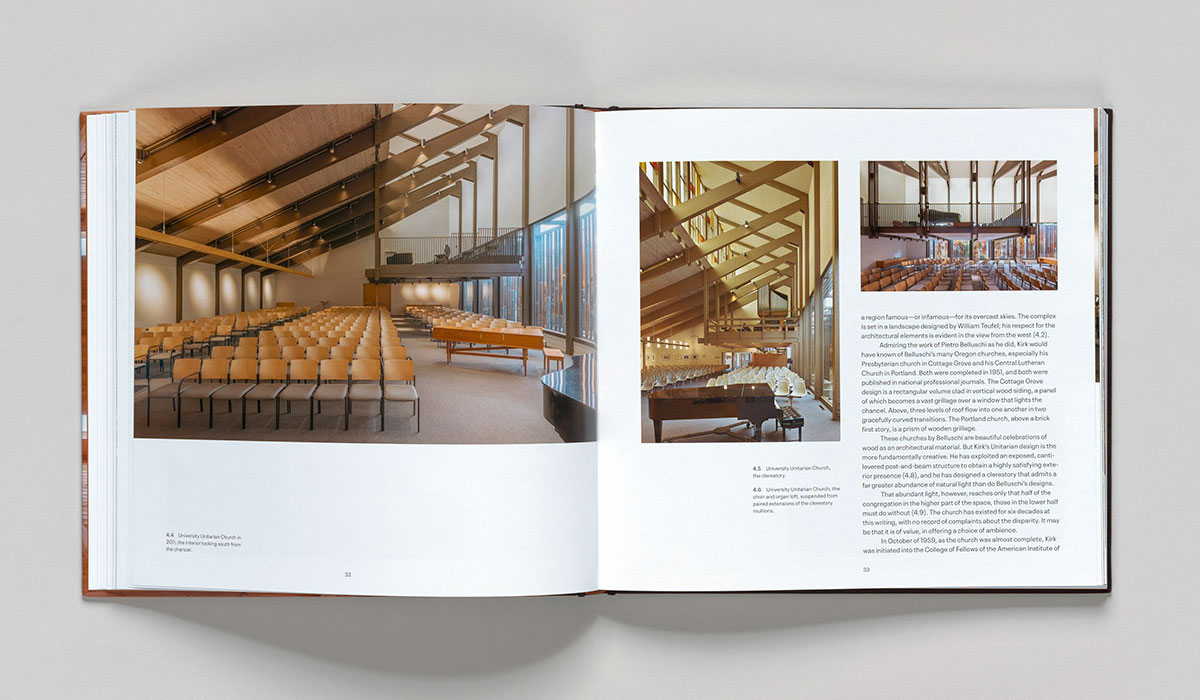 Paul Hayden Kirk and the Puget Sound School may be purchased at Peter Miller Books in Seattle, or online, but the first edition is limited to only a thousand copies worldwide, so get yours while you can. BUILD will also be giving a few copies away this coming week, so stay tuned to our Twitter and Instagram accounts for more info. 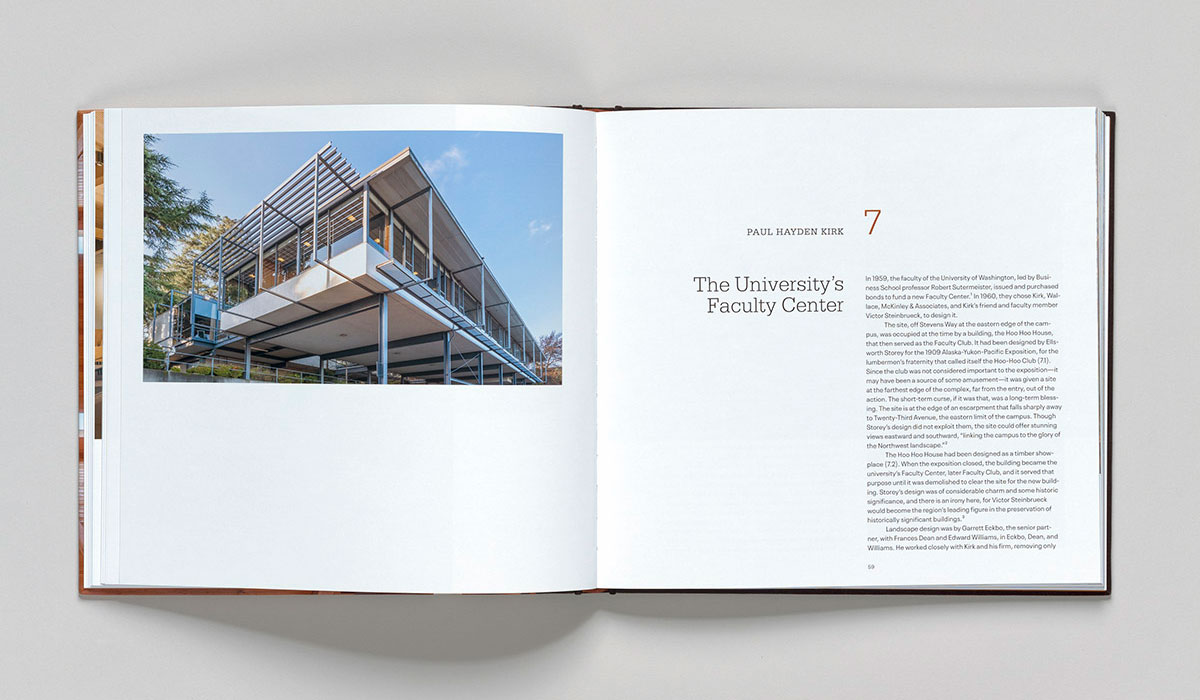 And then there is the intangible recognition. Among both professionals and the lay public, the architecture of Kirk and the School has engendered an affectionate appreciation, from the time of its creation to the present, through its warmth and delicacy, its quiet drama, its lack of ostentation, its beautiful materials beautifully used. It deserves an honored place in the story of American architecture.—Grant Hildebrand, from Paul Kirk and the Puget Sound School

Happy 2022 and cheers from team BUILD!