Seattle is currently experiencing unprecedented population growth along with record setting development. This is challenging the city’s growth management and it’s bringing city zoning and building code decisions to the forefront of the discussion. As architects and Seattleites deeply concerned with the quality of life and well-being of the communities around us, we’ve been thinking a great deal about the codes and policies that regulate our built environment (or in some instances, don’t it regulate properly). It’s a critical moment in Seattle, and calibrating the city’s policies correctly could result in vibrant neighborhoods that support diversity, inclusion, and quality of life. Conversely, making uninformed decisions or failing to make decisions altogether won’t just result in urban paralysis, it will bleed Seattle of its character and quality of life.

In 2014, Seattle launched the Housing Affordability and Livability Agenda (HALA) which gathered the collective research and wisdom of 28 experts and community leaders from a wide range of housing-related professions. The subsequent HALA Report was published in 2015 which outlined 65 key recommendations to create an affordable and livable built environment in Seattle. These recommendations are based on exhaustive research, a scientific look at urban planning, and stakeholders representing all potential constituents of Seattle’s urban fabric. The HALA report is a thoughtful and thorough study of urban evolution and it paves the way for sensible, sustainable growth in Seattle. Not everyone agrees with the premises of the report and resistance to density remains a city-wide debate. But it is hard to argue with the basic statistics of our city’s population growth, and HALA is currently the only comprehensive plan that speaks to that growth. Although we at BUILD LLC are advocates for HALA in its entirety, we respect that some of our fellow residents do not share in our advocacy. It’s our objective to continue an open dialogue and offer a range of opinions regarding the challenges and pathways to achieve a successful built environment in Seattle.

In the spirit of seeking wisdom from the experts, we’ve taken on our own study of sorts. We’re fortunate to have an extraordinary community of architects, developers, professors, and design-minded thinkers around us, and we decided to take a simple question to a handful of these souls in our community.

We heard back from a generous community of urban-minded experts and today’s post is a collection of their thoughts on the question:

What can be changed to encourage better, more lasting, housing development in Seattle? 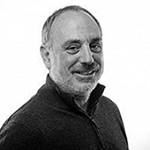 Ed Weinstein, FAIA, Principal at Weinstein A+U
The Design Review process in the City of Seattle pushes projects in the direction of making big buildings look like a collection of smaller buildings. The path of least resistance becomes a “paint-by-numbers” collage of elements. Oftentimes, satisfying the DRB guidelines involves jogs, color changes, and unneeded complexity producing a lack of sophistication. These buildings don’t have a particularly urban appearance, do not respond to their specific location nor neighborhood, and over time they do not age or weather well. In contrast, although less complex buildings may at first seem to be, well, just simple, this design approach of simple fabric, rhythm, and texture can be well crafted and more timeless. And, this building type is more respectful of the city and of our collective intelligence. Seattle currently relies on developers to improve each location as you go and the result is, well, disjointed and lacks the high quality public space that emerging neighborhoods warrant.

If the state legislature would finally approve Tax Increment Financing, then Seattle could proactively invest in street improvements, open space, and pocket parks preceding the eventual wave of development. In response, and freed of the obligation to incrementally develop the public realm on a project-by-project basis, developers would create higher performing and community enhancing projects. This mechanism has been utilized for community redevelopment across the country for almost 50 years. Portland’s urban fabric is a case study of the benefits of this approach.

Joe Ferguson & Pat Foley, Principals at Lake Union Partners
Seattle needs to be cautious about its requirements for inclusionary housing. The thoughtful developers in town are supportive of low income housing and many are exercising creative means to incorporate more housing for a variety of income levels. At the same time, there’s a certain point where the amount of required inclusionary housing tips the equation. Once the inclusionary requirements become too limiting, a project isn’t just unprofitable, it’s not even financeable. Portland has recently discovered this the hard way, and new requirements around inclusionary housing have tipped into this infeasible territory — there have been no new land use applications for a mixed-use building of more than 20 units submitted to the building department since last February. Outside of the projects which were vested prior to the new inclusionary ordinance, development has essentially come to a halt in Portland. Ultimately, lack of supply will drive up the cost of rent for everyone. 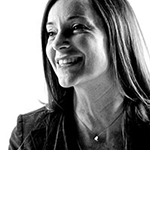 Liz Dunn, Owner at Dunn & Hobbes, LLC
I think there’s too much out of town capital competing for the same sites in Seattle. Currently, it’s too easy for large, out-of-town developers and investors from other places to come in and buy property in Seattle, build irresponsible projects, sell the projects, and leave. I’d like to see changes made that would level the playing field for smaller developers, both in terms of zoning and permitting. 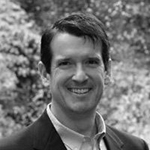 PJ Santos, Senior VP of Development at Simpson Housing LLLP
The return on investment in the Seattle market is so marginal right now that any number of variables can threaten the financial viability of a project altogether. Developers are creating successful projects of modest height at the periphery — in places like Everett, Tacoma, and Bremerton — because the demand for housing remains strong but the requirements for earthwork and foundations for these building types cost less. Many of the periphery areas also welcome new projects and support developers and design teams throughout the permit process.

It’s also more difficult for small developers to make a project pencil out simply because they don’t have the leverage of larger development companies. Large developers can get a better yield simply based on the scale of their mega-projects and the contractual control they have over sub-contractors. Many larger firms are also operating under the EB5 program which prioritizes gaining legal citizenship quickly for investors, oftentimes at the expense of creating an appropriate building that adds value to the city, or a building that even makes sense (financially, for its location, for the future). 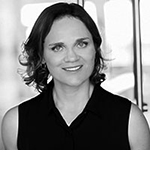 Lisa Picard, President & CEO of Equity Office
Every developer builds for a market. If the market is incentivized to make a different product, or realize alternative benefits that hit the bottom line, then the buyer seeks it. One example is about driving sustainability. If tax credits were given to companies that occupied deep green buildings, I think buyers and renters would want that product and thus developers would build it. Real estate is very capital intensive (it takes a lot of money). The more money, the greater perceived risk. To manage risk, people build what’s been successful before. Thus, the system rewards repetition. 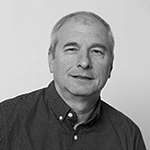 Rick Mohler, Associate Professor at the Univ. of Washington, Architect at Mohler + Ghillino Architects
All Single Family Residential (SFR) zones in the City of Seattle need to be upzoned to the Residential Small Lot (RSL) designation, which currently exists in the Seattle Municipal Code and was recommended in the recent Housing and Livability Agenda (HALA) report. The RSL zone regulates a Floor Area Ratio (FAR) similar to the SFR zone which would keep the allowable size and massing of structures nearly identical to what we currently have now in the SFR zones. The difference is that the RSL zone allows for more living units within the same structure. This modification would increase the density in the city with little impact to the scale of structures in Seattle’s neighborhoods. The additional density would limit urban sprawl and keep further cars off the roads. 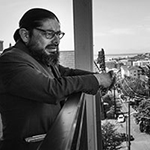 Roger Valdez, Director of Smart Growth Seattle
The Design Review process should be abolished in Seattle. Aside from the departures it can allow, the Design Review process doesn’t benefit the city. Instead, it’s a process that bleeds projects and possibly even kills them. The abundance of micro-housing in Seattle provides a good example of the irrelevance of Design Review. Because there are now so many micro-housing projects of varying location and quality, the end users can be selective. This has produced a competitive market where architects and developers need to constantly improve the quality of these units and offer better amenities. By nature of the competitive market, older projects of lesser quality and fewer amenities are priced lower, furthering greater choice and more price range within the market. It’s the abundance of micro-housing and picky consumers who are driving this market, not the judgements of the Design Review process, which simply adds more pain, friction, and expense to the process of providing housing.

BUILD would like to thank these individuals and groups for their commitment to Seattle and their dedication to the built environment. Each of these contributors has had a significant impact on the quality of life here in Seattle and we’re grateful for their expertise and wisdom.