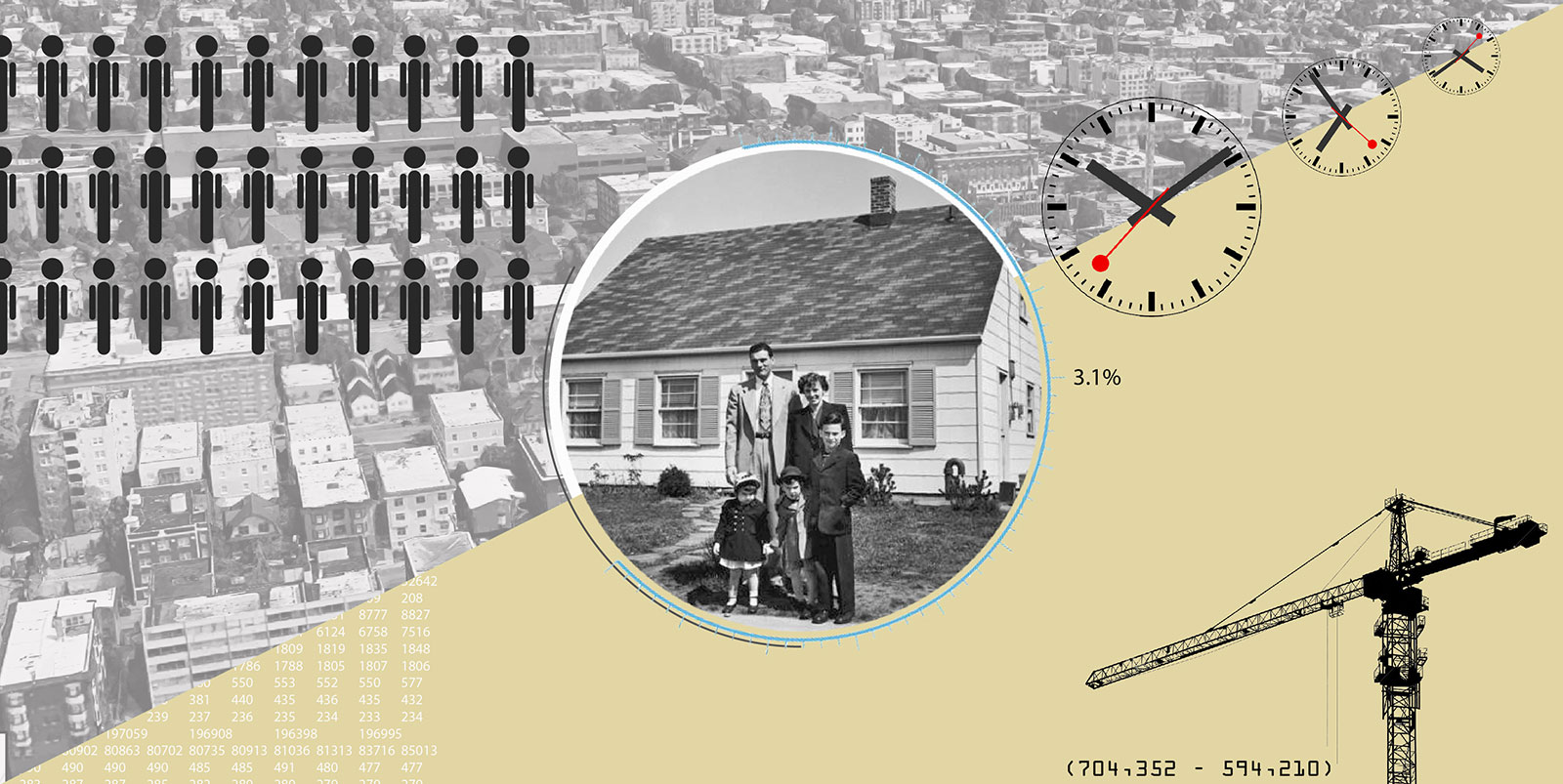 There’s a heightened discussion in Seattle lately around the overwhelming population growth the city is facing, along with the increasing demand of the housing necessary to accommodate everyone. The topic of housing (or lack thereof) has become a critical platform for the politicians, a code-red concern for neighborhoods and, if you’re in the design world, it’s the primary topic of discussion at most professional gatherings. The tension on the subject of housing right now in Seattle has reached its boiling point and BUILD will be launching a series of blog posts on the topic to help clarify the issues, give voice to good solutions, and better educate ourselves and our community on the situation.

One noticeable aspect that’s confusing the conversation around Seattle’s housing crisis is the lack of consistent information. It seems that every time we get into a discussion about population growth in Seattle, different statistics are declared regarding the number of individuals moving to Seattle each year, month, or week. Being the analytical types that we are, it’s hard to imagine that a reasonable solution can be designed around misrepresented information. So, as a start to the blog series on population growth, housing, and the ensuing crisis, we thought we’d start by simply doing our homework and presenting what we find to be the most accurate facts. We’ve taken a deep dive into several reputable sources and we’ve assembled a good starting point for the important discussion ahead. A summary of our findings has also been composed into a tidy cheat sheet below.

According to the U.S. Census Bureau archive, in the last decade, Seattle’s population grew by 110,142 people for an 18.5% increase for this 10-year period.

The Seattle Office of Planning & Community Development indicates that Seattle included 340,479 recorded units of housing in 2016. This data along with a 2017 population of 704,352 indicates a ratio of 2.07 people per household.

Some other alarming facts involve the growing homeless population in Seattle according to the recent HALA report. In January of 2014, there were a recorded 2,303 people surviving on the streets without shelter in Seattle and another 2,390 people staying in emergency shelters for a total of 4,693 homeless individuals in Seattle, likely not accounted for in the numbers above.

So those are the facts as best as the records indicate. And if anyone tries to tell you at the next cocktail party that the city of Seattle is growing by 1,000 people per week, politely inform them, in between sips of your Manhattan, that they have their city and metro facts confused. Then send them a link to the Seattle Population Growth Cheat Sheet: 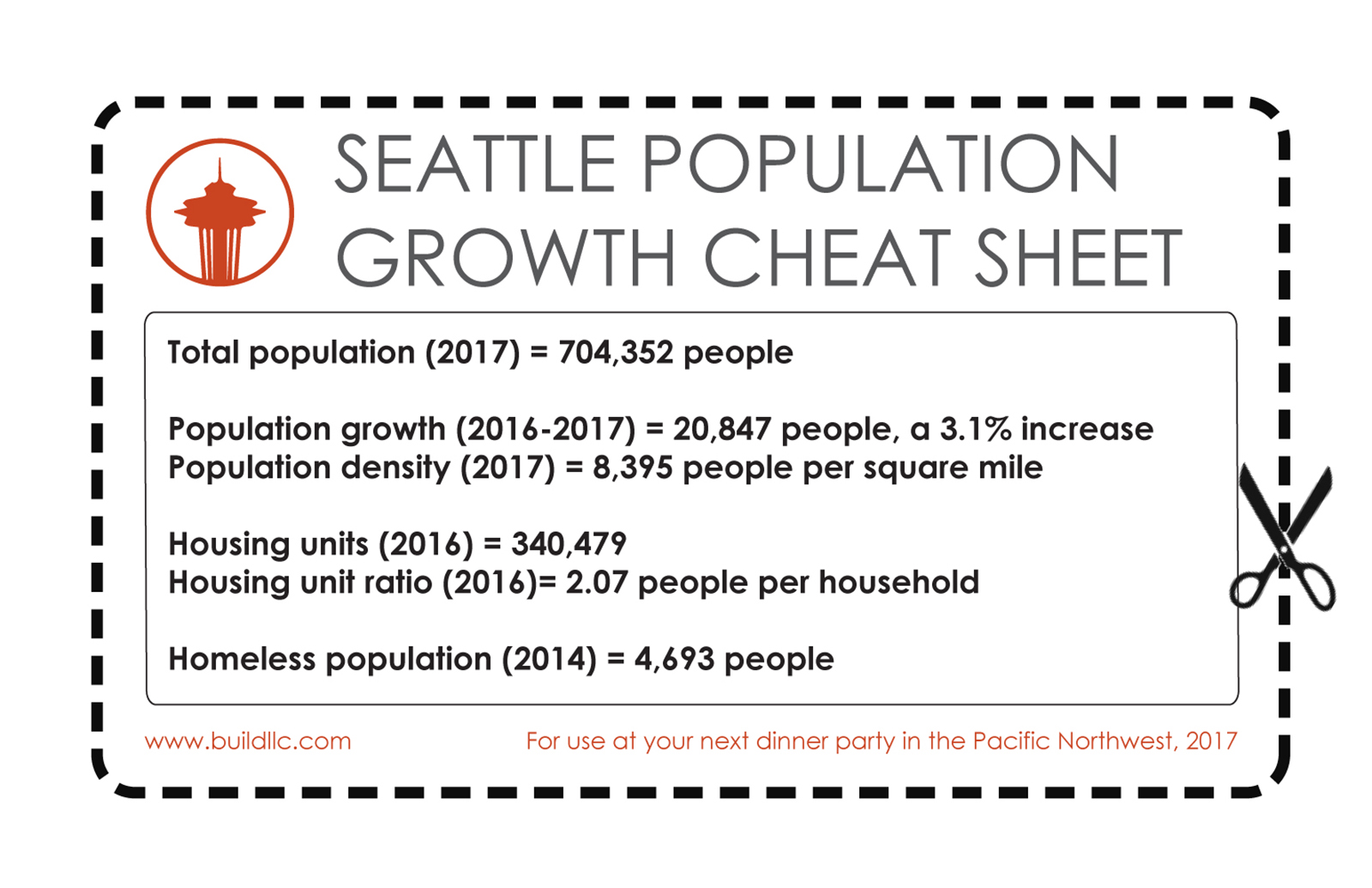