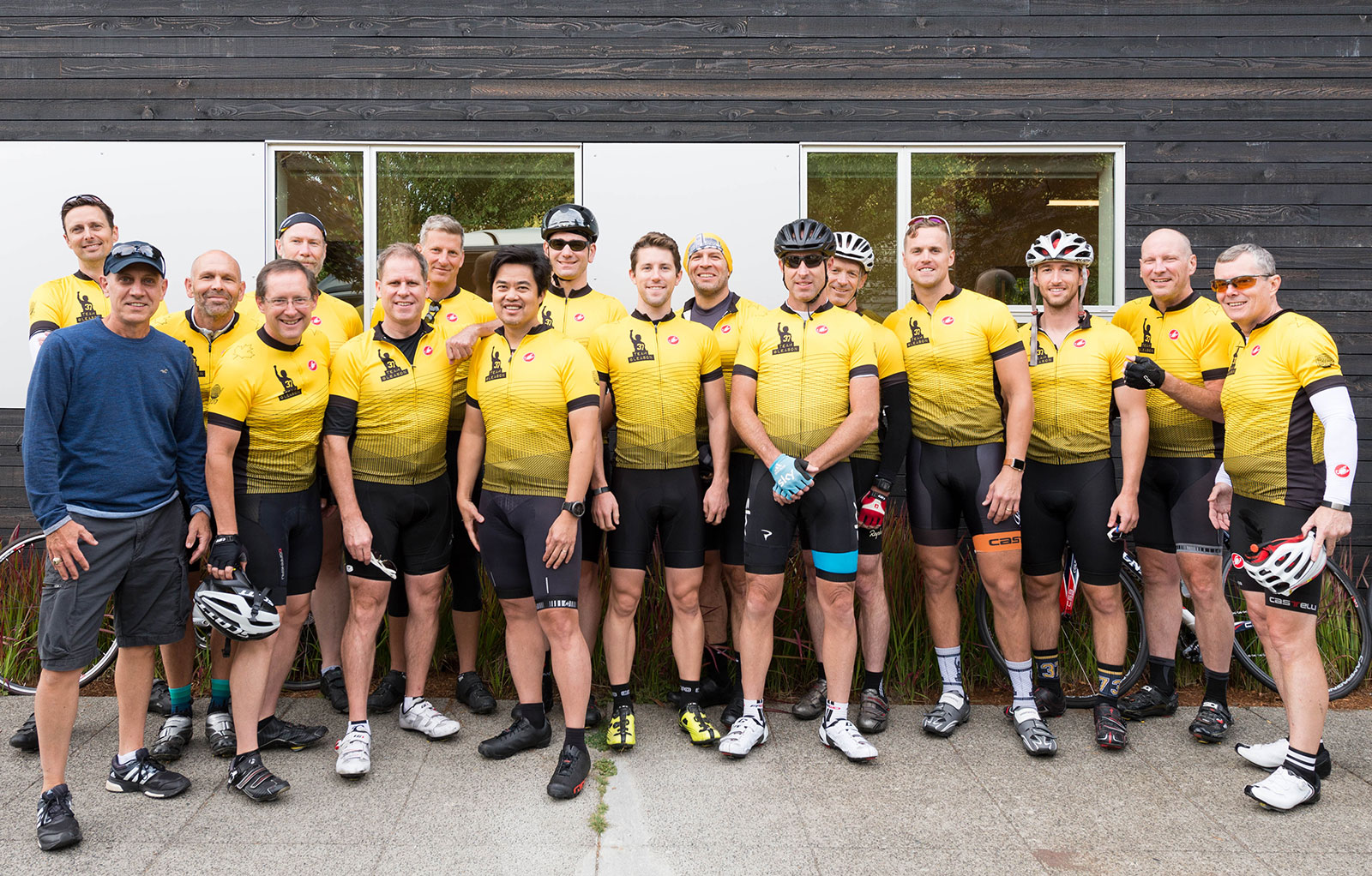 Something remarkable happened this last summer. Each year, at the end of August, we round up our comrades and ride for two days from Seattle to Vancouver, British Columbia. It’s a chance to close our laptops, get some serious fitness, and spend time with an exceptional crew of individuals, all while enjoying the spectacle of summer in the Pacific Northwest. Like every year, we carefully chose a compelling non-profit organization to direct our contributions to, and, like every year, we called on our community to contribute to that organization. This year we made an especially unreasonable financial goal, doubling our initial pledge, and asked our community to dig deep and give generously. We asked people to give as if lives depend on it. And then the amazing part happened, they did. Our community of past and current clients, family, friends and colleagues knocked the ball out of the park.  The generosity was stunning. This year’s S2V ride raised over $40,000 for Team Gleason and Bikeworks.

This is the 4th year we’ve supported Bike Works and you can read about their outstanding organization in past S2V recaps here, here, and here.

Team Gleason was founded by Steve Gleason in 2012. He’s the classic story of ‘local boy does good’. Raised in Spokane, Washington, Steve went on to play football at Washington State University, was drafted by the NFL in 2000, and spent 8 seasons with the New Orleans Saints. In 2011, and shortly before the birth of his son, he was diagnosed with amyotrophic lateral sclerosis (ALS), a disease affecting nerve cells in the brain and the spinal cord. Once diagnosed, he greatly expanded upon his early interest in documenting his life for his son, River, to create a living video journal. In Steve’s words, “that’s what dad’s do, they pass the best of themselves to their kids.” The documentary is heartbreaking, but also amazing and ultimately uplifting. To put it simply, we all feel fortunate to have good health, but following the story of Steve and his remarkable journey, we feel this at a more profound depth. The trailer of Gleason is available online and the film can be viewed on Amazon or iTunes. Since the diagnosis, Steve and his relentless team at the Gleason Foundation have helped provide individuals with neuromuscular diseases or injuries with leading edge technology, equipment and services. They’ve also created a global conversation about ALS to ultimately find solutions and an end to the disease. 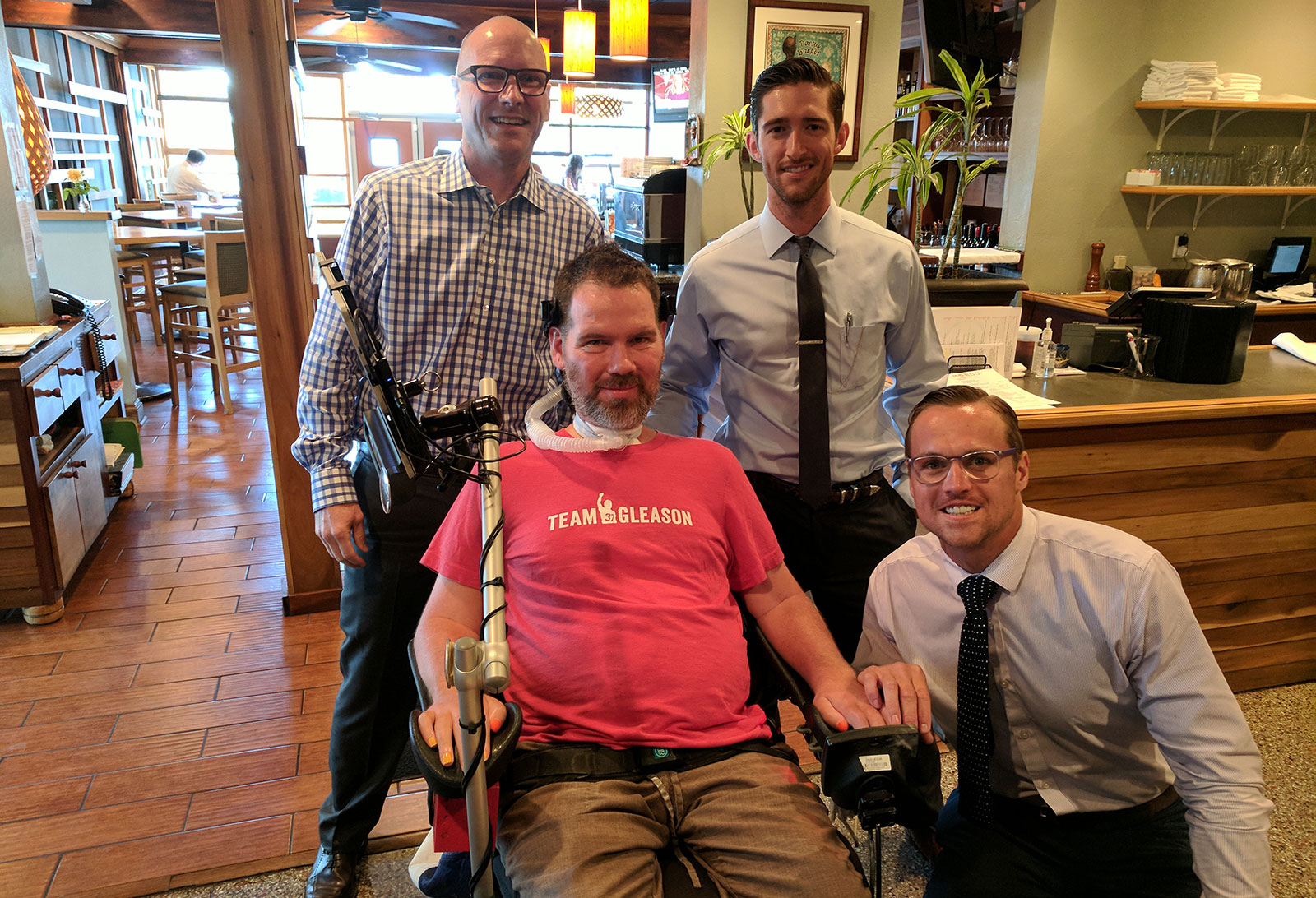 What really hit home with the S2V team was the realization of the reliance on technology for individuals with advanced stages of ALS. Machines and technology are necessary for everything from breathing and eating to communicating and interacting with others. Individuals with advanced ALS use eye-tracking, computer, and speech generation technology that allows them to live purposeful and productive lives. These systems begin at a cost of around $12,000 apiece and a few years ago the funding for this system was at risk as a potential cut in national health coverage was proposed. Without coverage for this eye-tracking technology, individuals with ALS lose the ability to communicate with the rest of the world, leaving people with the feeling that they are expected to fade away quietly and die. Thanks to the efforts of Team Gleason, whose philosophy is poignantly, “No White Flags”, the Steve Gleason Act was signed in 2015 by President Obama to assure the availability of sustaining communication devices. Since its start, Team Gleason has also funded over $3 million in assistive technology to help others with ALS. They are a remarkable organization and we were moved to put our pedal power behind them.

To show their commitment, Team Gleason responded by sending one of their own. Blair Casey, a family friend and caretaker (you might recognize him from the documentary) and his friend Brandon.  Using borrowed bikes, they trained all summer, dropped weight and flew up from New Orleans to the ride with their A-game (someone may have erroneously mentioned to them that our charity ride was a race, ah hmmm). Amazing. They were also a blast to ride with. 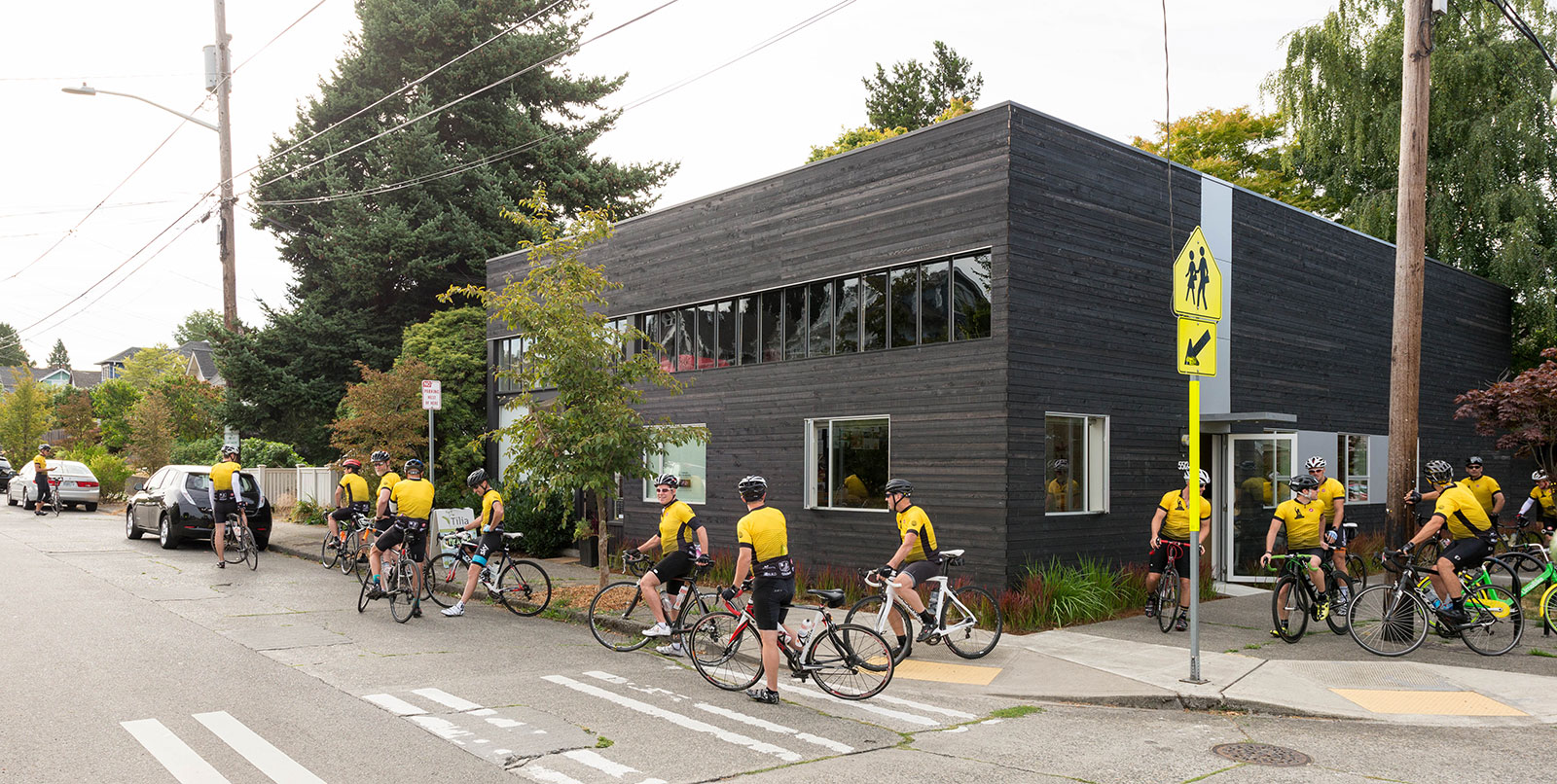 The S2V ride is always adventurous: liberating and filled with camaraderie. This year there was an added sense of inspiration and purpose which we directly attribute to our incredible community who came out in record numbers to financially support our cause. We are grateful and humbled by the generosity of the people around us – thank you. 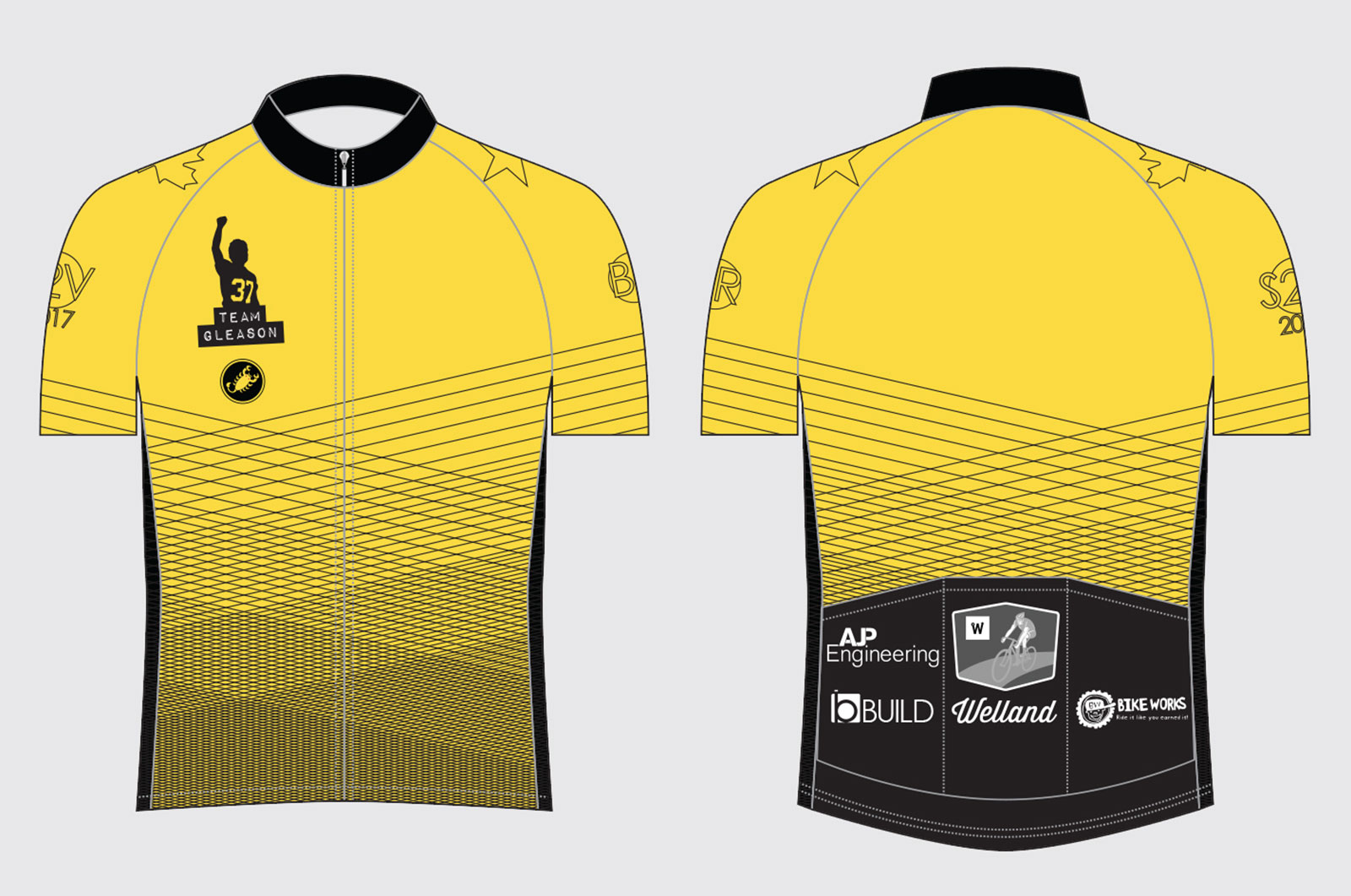 There are additional thank you’s in order from the entire S2V team. Our fearless leader and organizer, Aaron Pambianco, did all the dirty work behind the scenes to make the ride enjoyable and seamless. Todd Plaunt commanded the team van and made sure the cyclists were well-fueled. Charles Caldwell designed and coordinated the team jersey with Castelli. Greg Plaunt provides tremendous support each year for the ride and brought the Georgia and Tennessee team members out west, and in a year of really generous donors, led the fundraising by example. Thanks to Sarah Danilson from Bike Works for coordinating the day-one lunch for the cyclists. And last but not least, gratitude goes out to our corporate sponsors The Welland Company, Microsoft, BUILD LLC, and AJP Engineering.