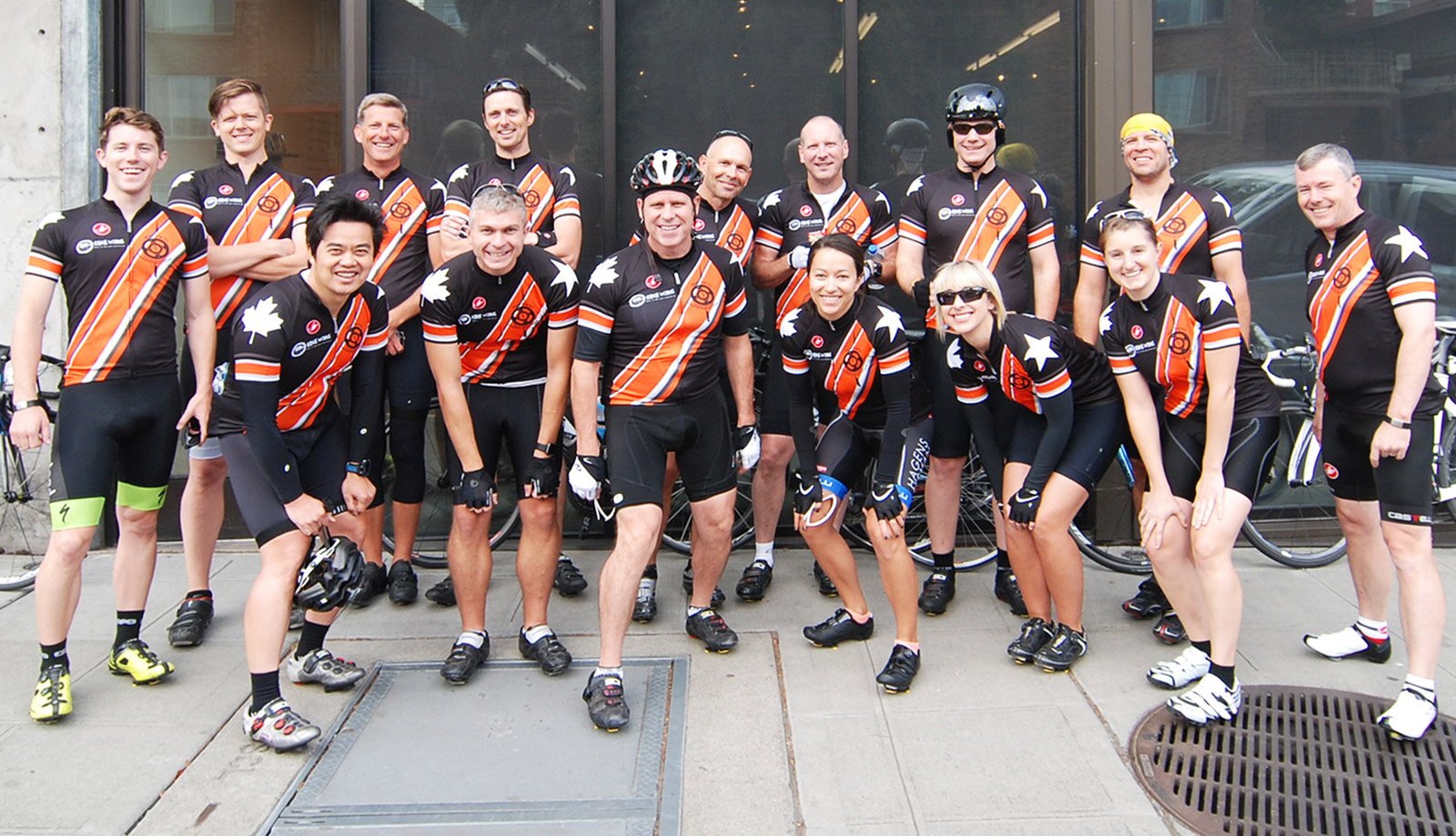 At the end of each summer, we turn our computers off, round up our friends, grab our bikes, and hit the road for a two day cycling expedition. We’ve found that our annual Seattle to Vancouver ride (S2V) is an exceptional way to catch up with our colleagues, get some solid exercise, and experience 185 miles of self-propelled adventure. For those that still haven’t had enough, we add in a third day extension ride from Vancouver to Whistler with 7,000 feet of vertical climb. In our digitally monopolized lives, we find that it’s more important than ever to reconnect with the fundamentals of body, mind, and spirit, and the S2V is a powerful trifecta. The ride requires a can-do attitude, some gritty determination, and plenty of elbow grease. Putting our tails in the saddle for two or three days also helps us appreciate the health, comforts, and prosperity that we’re fortunate enough to experience on a day-to-day basis.

Most importantly, the S2V ride creates community. This community extends well beyond the group of riders as there are a host of exceptional individuals and organizations that go out of their way to accommodate us and support our cause. For the second year in a row, we chose Bike Works in Seattle as the focus of our fundraising efforts and, thanks to the generosity of our community, we’ve raised $18,000 and are continuing to take donations to achieve our goal of $20,000. It’s never too late to donate, (particularly if you’ve found value in the BUILD Blog,) and you can do so by visiting their donation page (note “S2V” on your donation). Bike Works is an exceptional organization operating in Seattle’s Columbia City neighborhood, and we were proud to ride for them again. 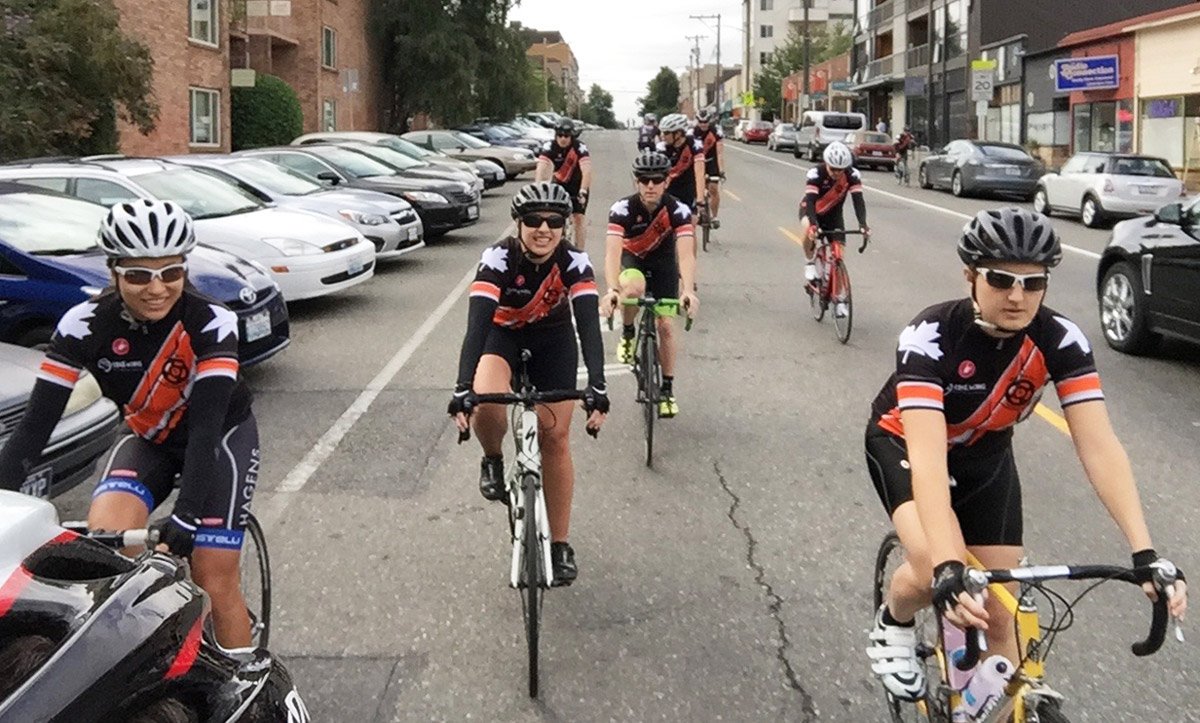 Our sixth version of the S2V jersey was designed by Charles Caldwell here at BUILD, produced by Castelli Cycling, (who delivered a week early,) and inspired by the Velominati, who published The Rules, a highly entertaining read for you cyclists out there. 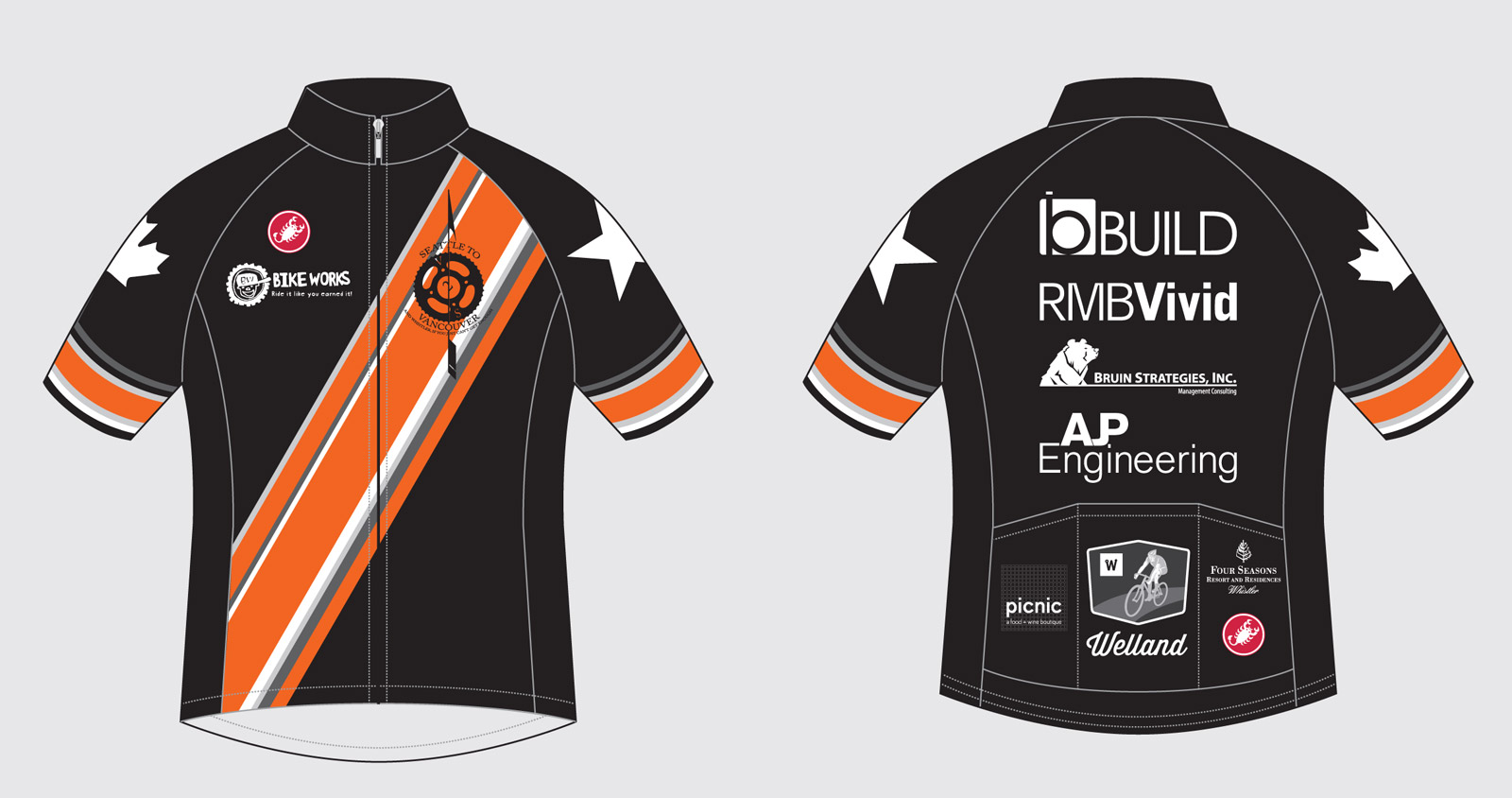 For those of you that follow our ride, you know that we travel in style. At an average of 90 miles per day in the saddle, the classy accommodations are well appreciated. A big thanks goes out to the Four Seasons Whistler, The Sheraton Wall Centre in Vancouver, and Bellingham’s Chrysalis Inn. 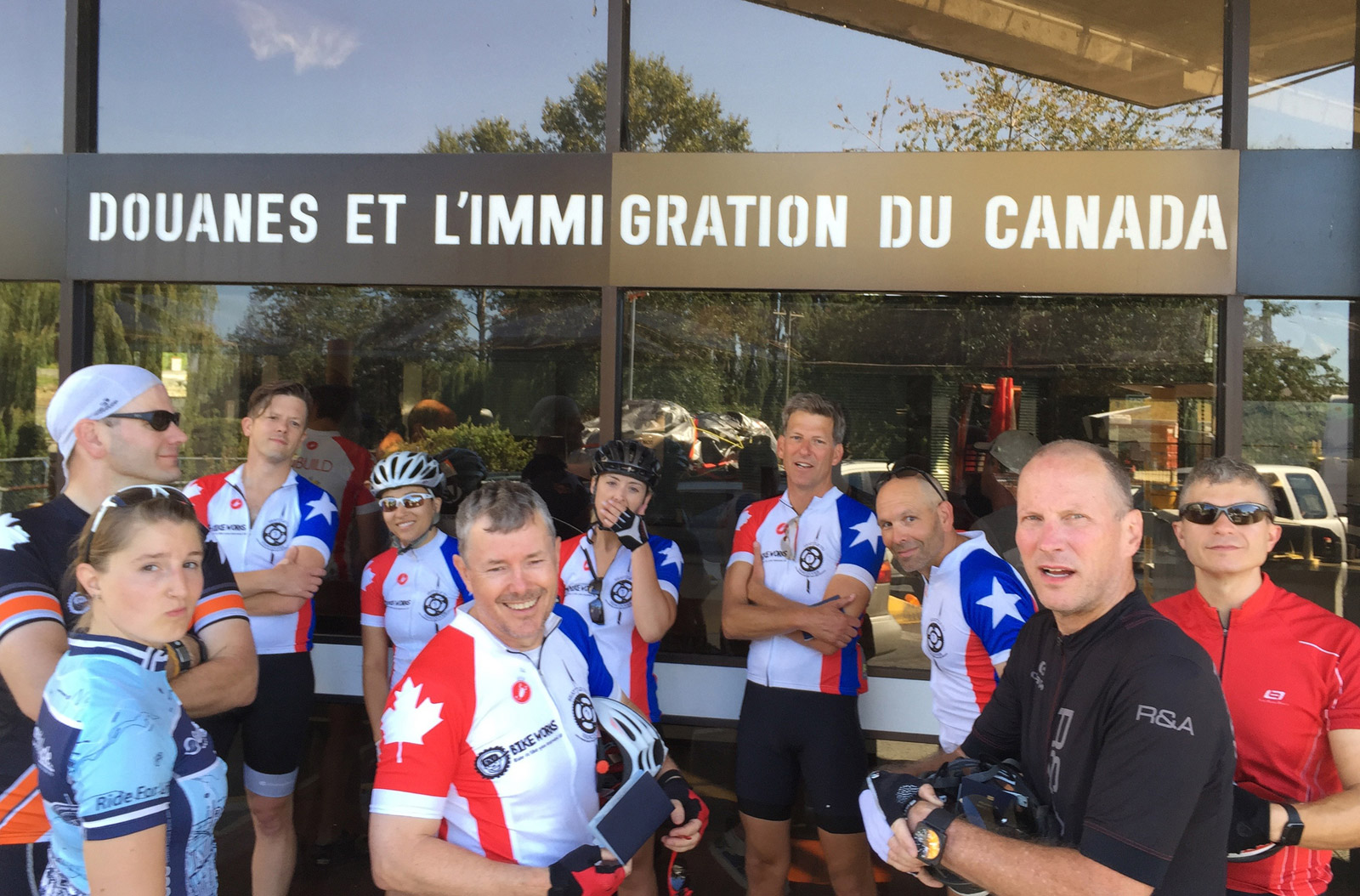 We also eat well on the S2V and appreciate local restaurants that take pride in preparing a good meal. At the top of the list is Picnic in Seattle who provided delicious lunches and snacks for the sixth year in a row. An outstanding food and wine boutique located on Seattle’s Phinney Ridge, Picnic is as good as it gets, making the return to power bars and energy drinks all the more difficult. Thanks also goes out to The Black Cat in Bellingham for accommodating a team of hungry cyclists and the Yaletown Brewery in Vancouver for a festive evening. 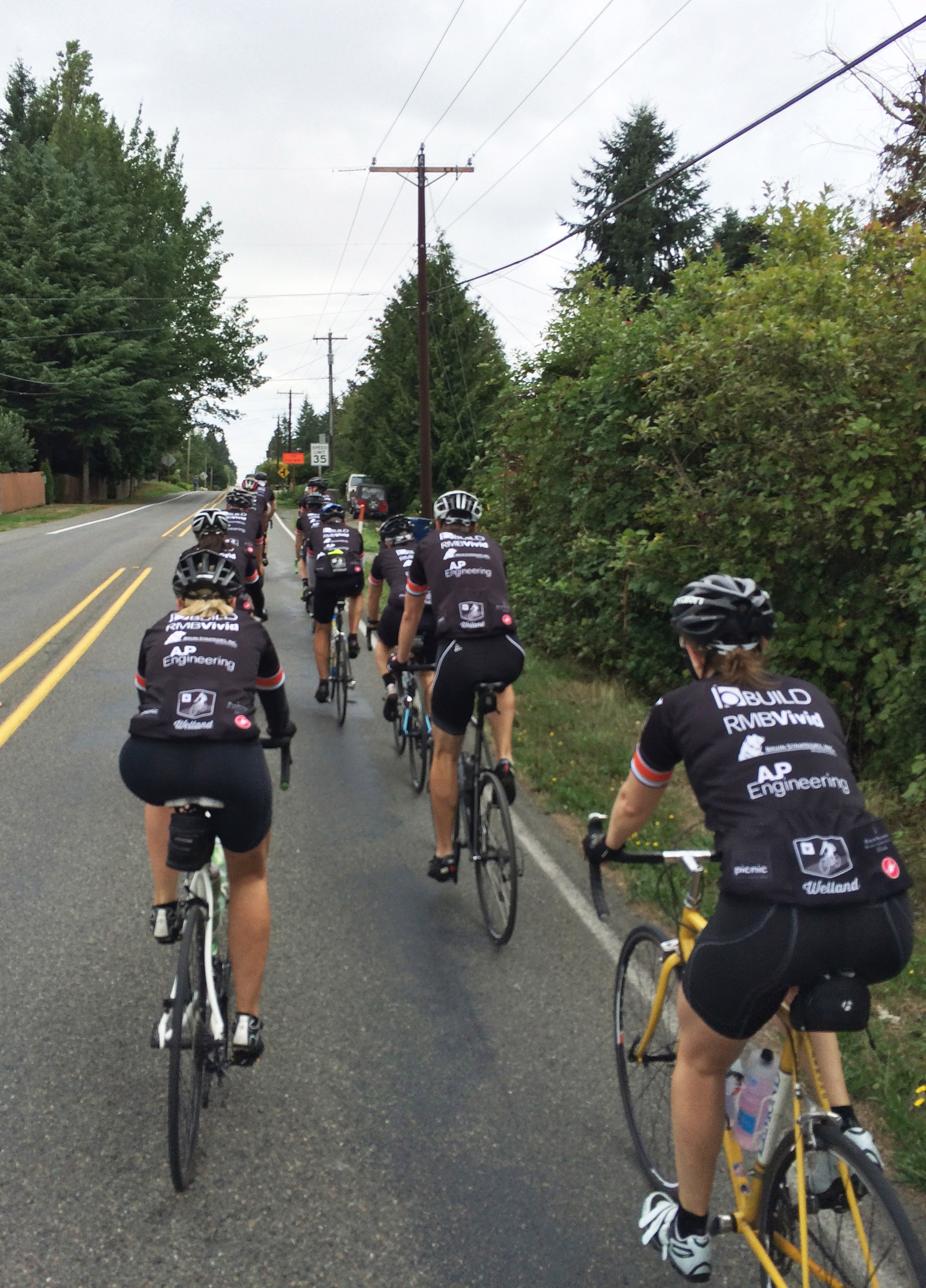 None of this would happen were it not for our inspiring S2V founder and organizer, BUILD’s very own Kevin Eckert. Kudos goes out to Aaron Pambianco, our fearless navigator and a darn good cheerleader. This year’s S2V was also witness to the debut of Charles Caldwell driving the support van. 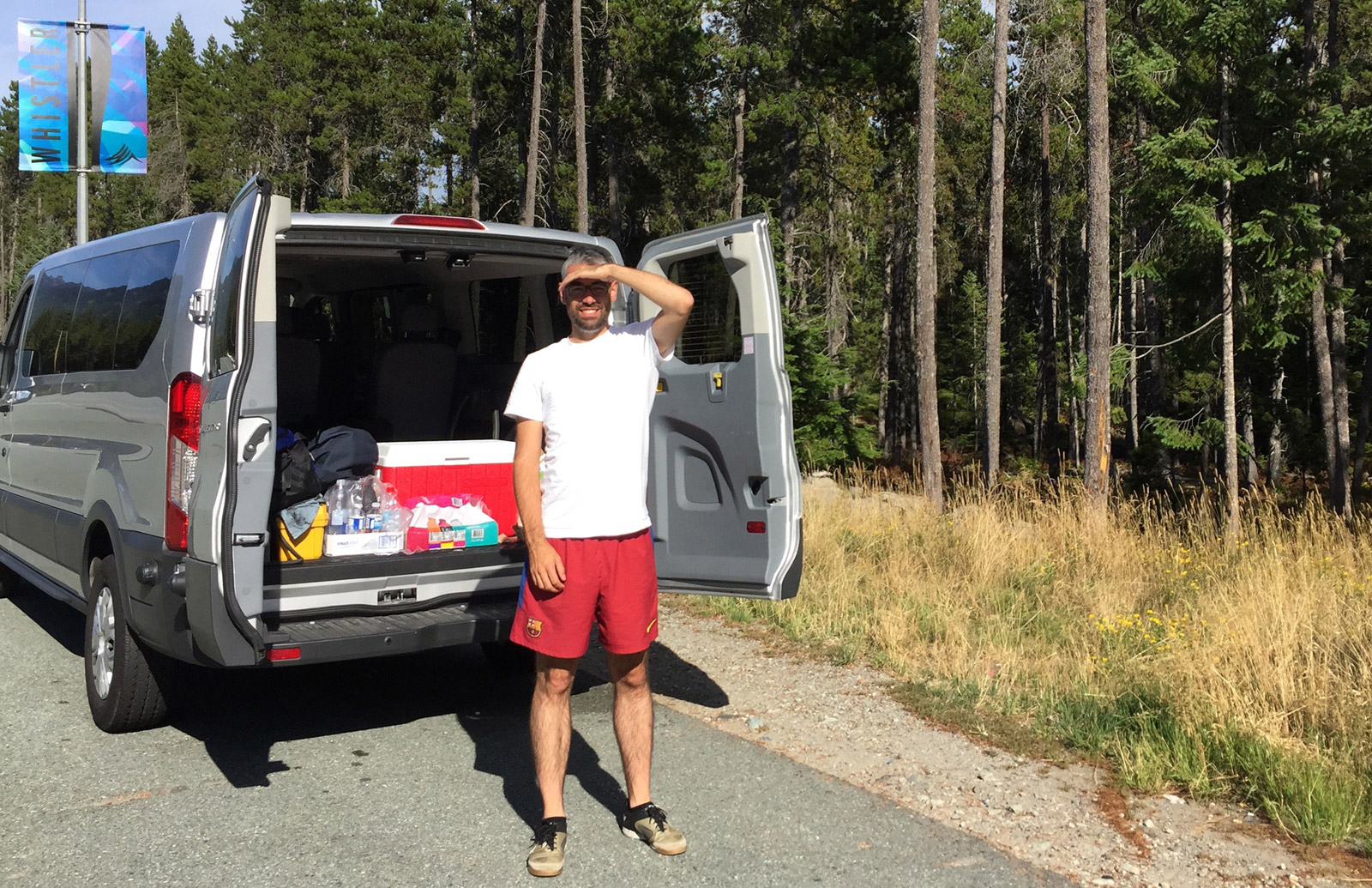 Many generous donors stepped up to support the ride and Bike Works. We’d like to extend a special thanks to everyone that contributed, particularly Greg & Margo Plaunt. Get your eyes on the back of our team jerseys for some additional donors. 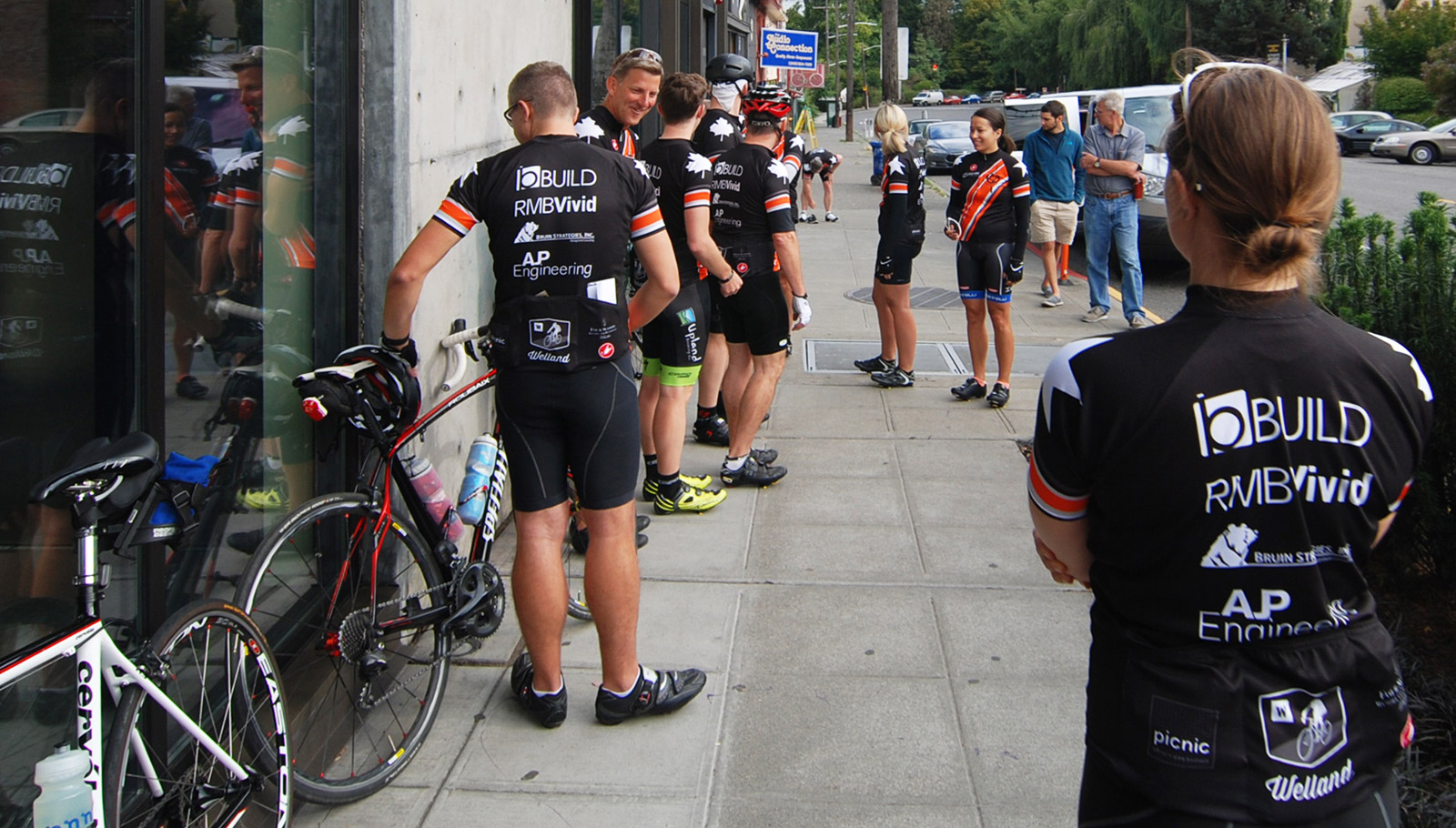 We can’t thank this community enough for being involved in the annual S2V ride. It’s one of the best weekends of the year and it’s a committed tribe of individuals that makes it so significant. There are plenty more images over on Instagram, Twitter and Facebook: #S2V2015. We also recommend giving a Twitter follow to the groups mentioned above: 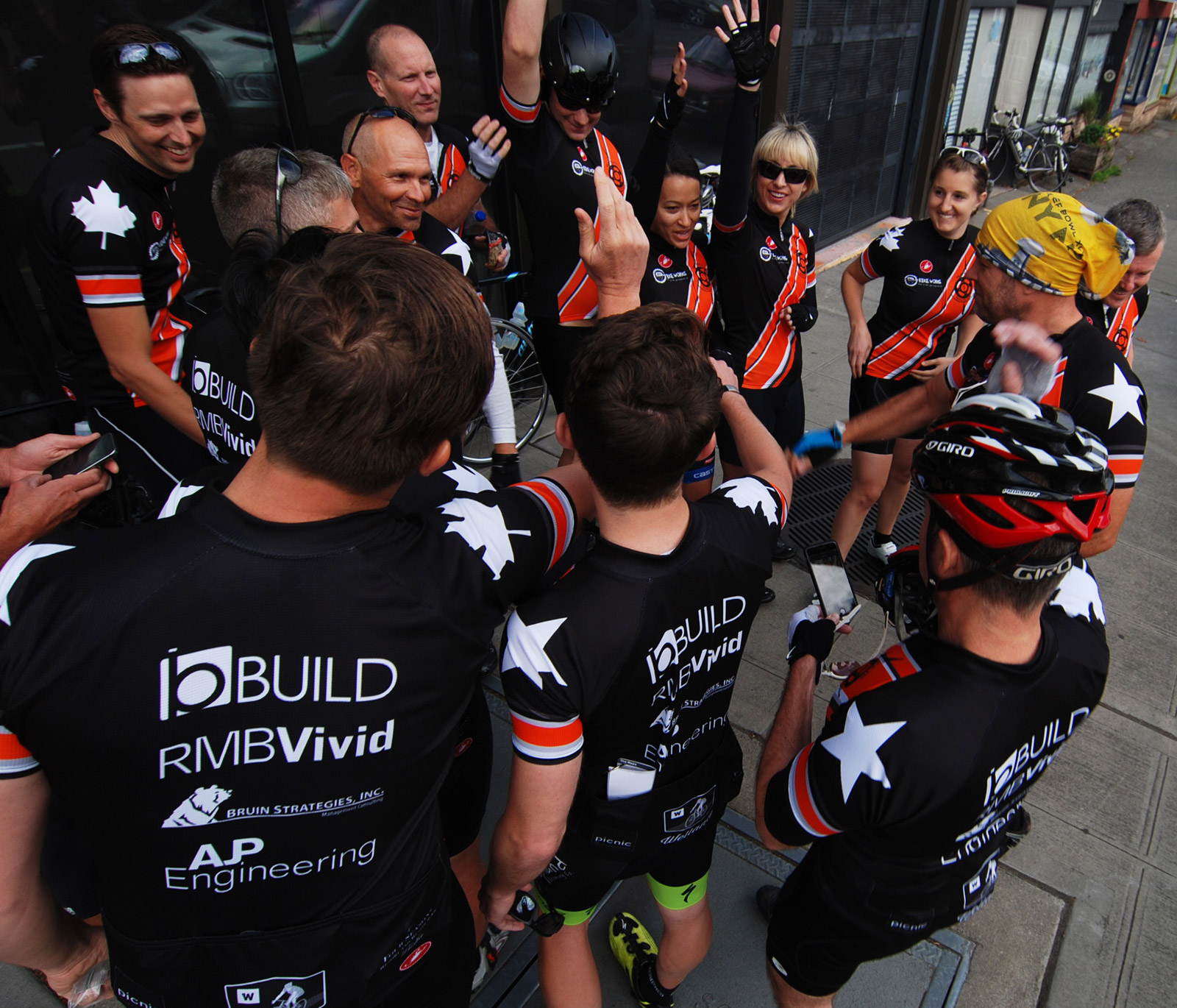