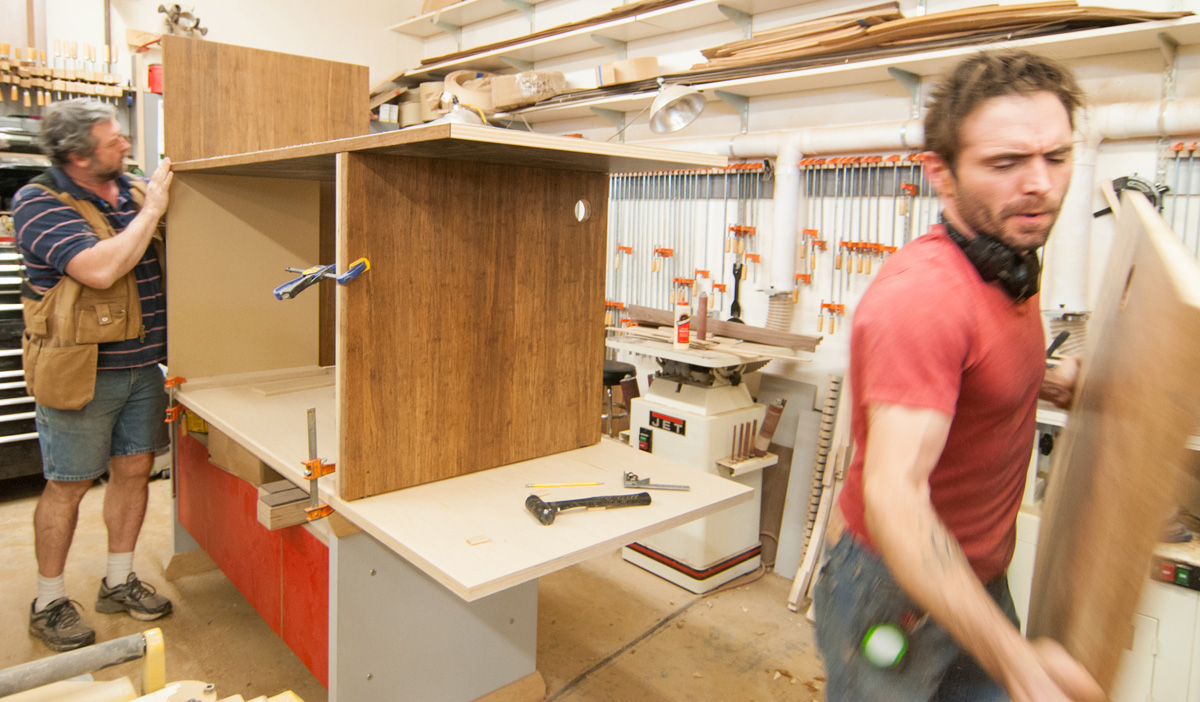 Our SPD cabinet shop recently sent a significant commercial cabinet package down to our creativeLIVE project in San Francisco. With two large shipments sent and one more about to go, our shop has been operating at a fever pitch. A cabinet job this large, complicated, and distant provided a unique challenge. The whole experience caused us to re-think how a cabinet package like this is constructed and then disassembled for shipment, along with the method of delivery, and how the cabinets can be reassembled on site by an entirely different group with sensibility and efficiency. And since we practice architecture with a capital ‘A,’ maintaining the uncompromisingly clean, modern aesthetic of the cabinets themselves is key to the success of the overall project. 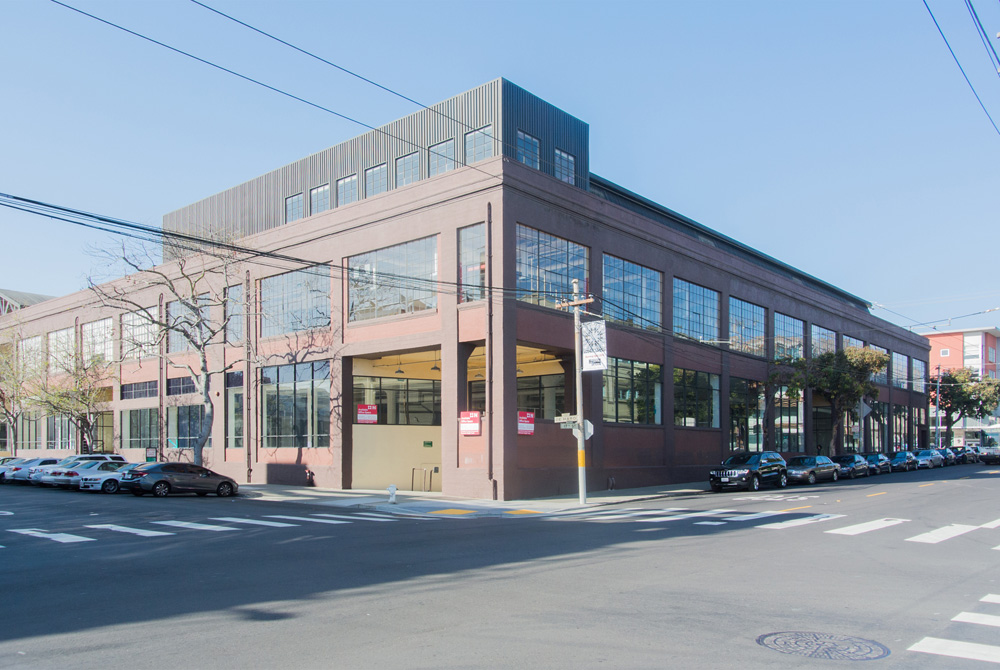 The creativeLIVE San Francisco job is a 10,000 SF tenant improvement within a 1927 brick building (and former cannery) located in the Potrero Hill neighborhood, just south of downtown. It’s a beautiful, light-filled building with an open truss saw-tooth roof, a 1,500 SF loft area, and a sunny, 1,400 SF rooftop terrace. The design focuses on a sophisticated interiors palette, and the cabinetry plays an important role in the design. The cabinet package includes work stations for 76 people, eight conference rooms, control rooms, a green room, editing rooms, a lunch area with a full kitchen, reception, bathroom vanities, and general storage. Given the quick-paced nature of start-ups, particularly in San Francisco, the construction timeline is rigorous (read: lots of tight deadlines). Throw 800 miles of freeway between the shop and the project into the mix, and you’ve got a tremendous opportunity for growth and learning. Here are 5 key items that have led us to success:

1. Do a local test-run.
We had the fortunate opportunity to use the creativeLIVE Seattle headquarters as our laboratory and to dial in how the company functions and what their exact needs are. We’ve been honored to work closely with a dynamic company that has developed a fresh approach to delivering education. Working with the creativeLIVE team for the past three years, we’ve had a front row seat in witnessing them grow: the changing needs of their ever-expanding team, the evolution of their operations both in scope and location. It’s been exciting. We now have a firm grasp on their broadcast model, which demands high levels of concentration and socialization among the staff, production crews, and instructors. The close relationship has also helped us understand the details that make their operation hum; we’ve designed and built (and occasionally recalibrated and rebuilt) components along the way to meet the specific needs of creativeLIVE. The exacting approach at creativeLIVE towards the process and delivery of their craft strongly resonates with the values held at Special Projects Division and at BUILD. We’re all on the same page, and hold each other accountable for the high bar we’ve all set. The relationship works, and it’s made the difference in the project’s success. 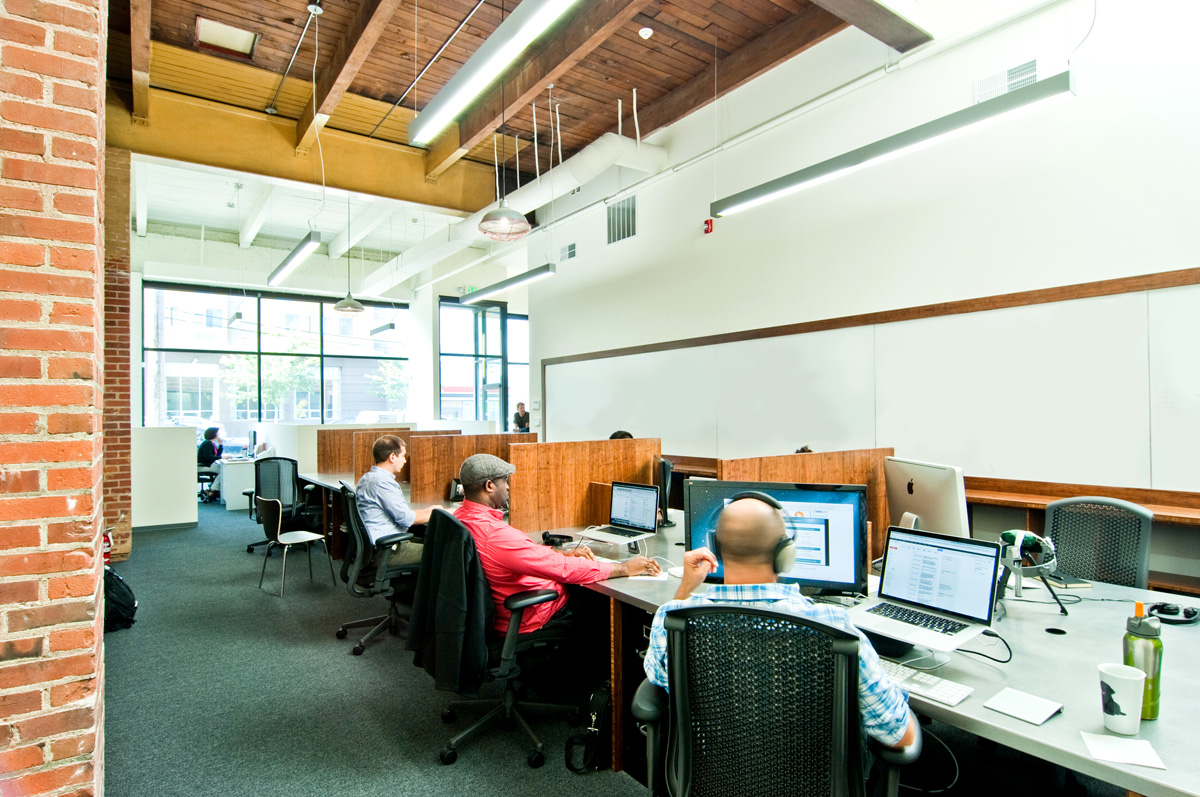 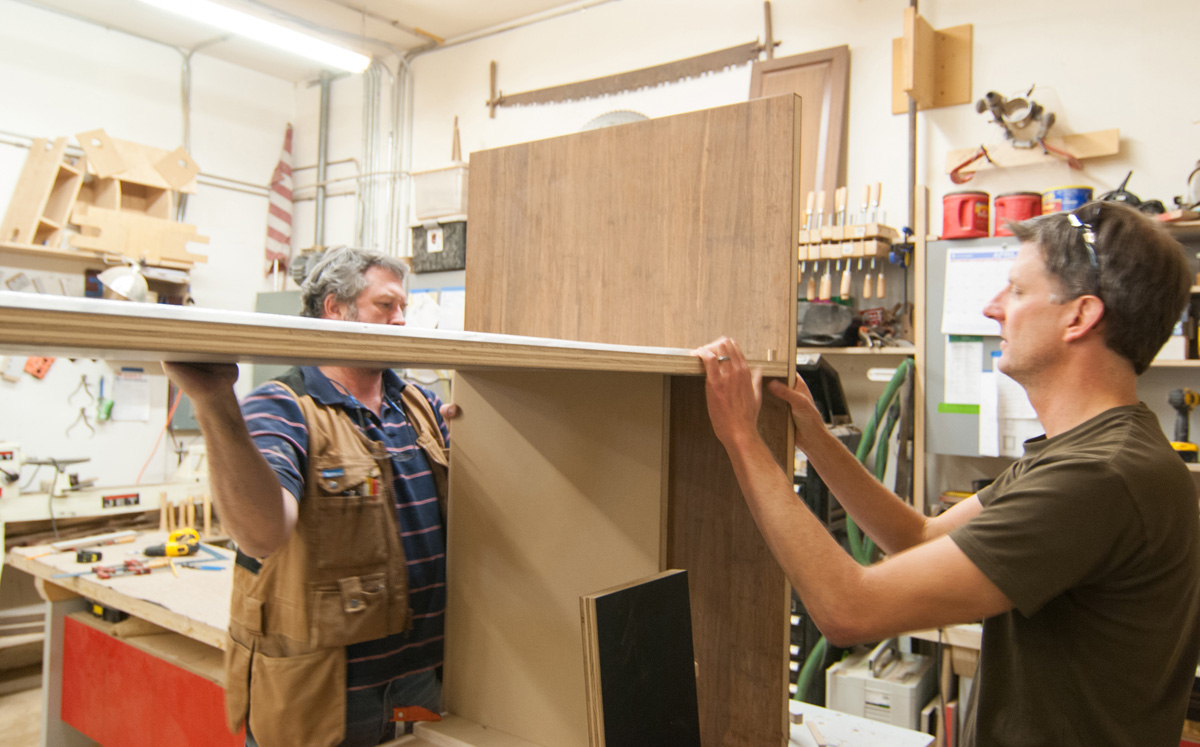 For example, the role of reception is a much more rigorous position. There are the traditional welcoming/gatekeeping/organizing roles for this person, but Julie in Seattle balances these and juggles critical financial and scheduling requirements. This pushed us to fabricate a much more machined and robust station for such a machined and robust role. In our Seattle expansion, a generous lunchroom was included in the scope, and was eventually added onto as we witnessed the high level of interaction around shared meals. In San Francisco, we’re re-calibrating our design to (comfortably) seat twice as many people in roughly the same amount of space. 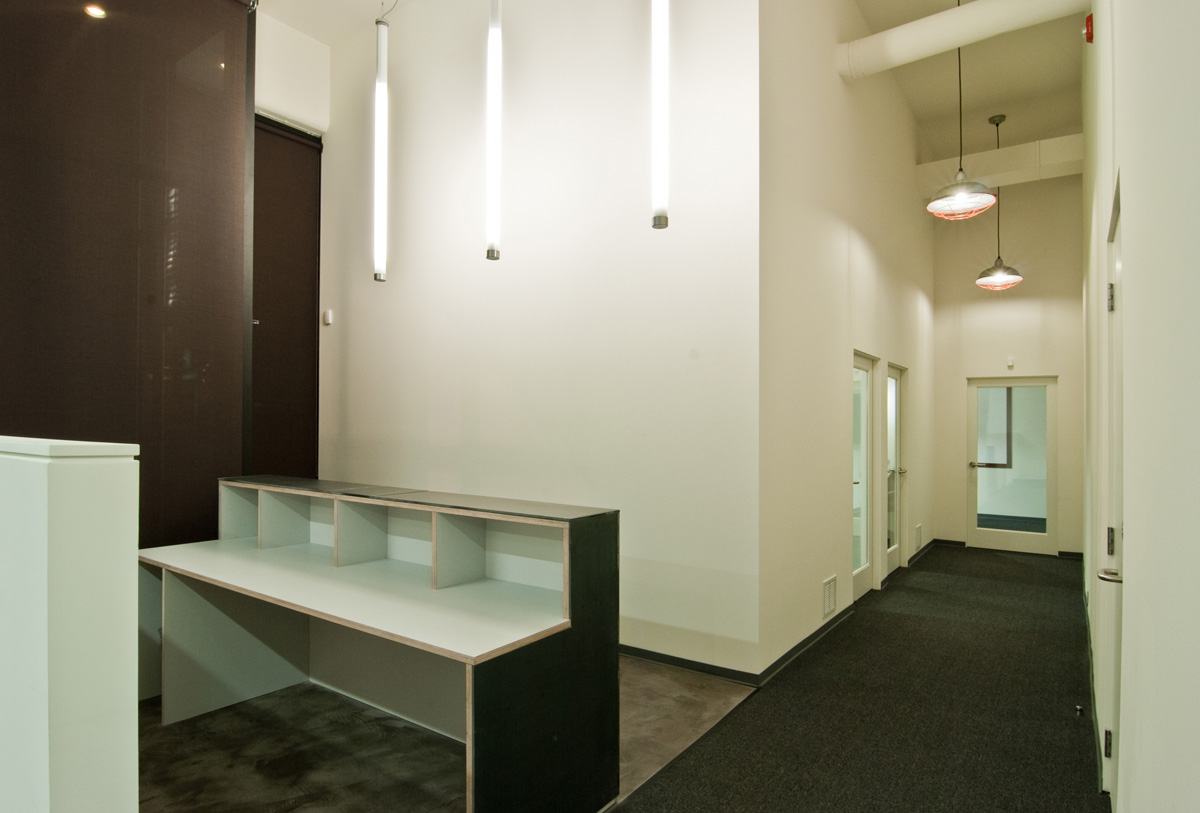 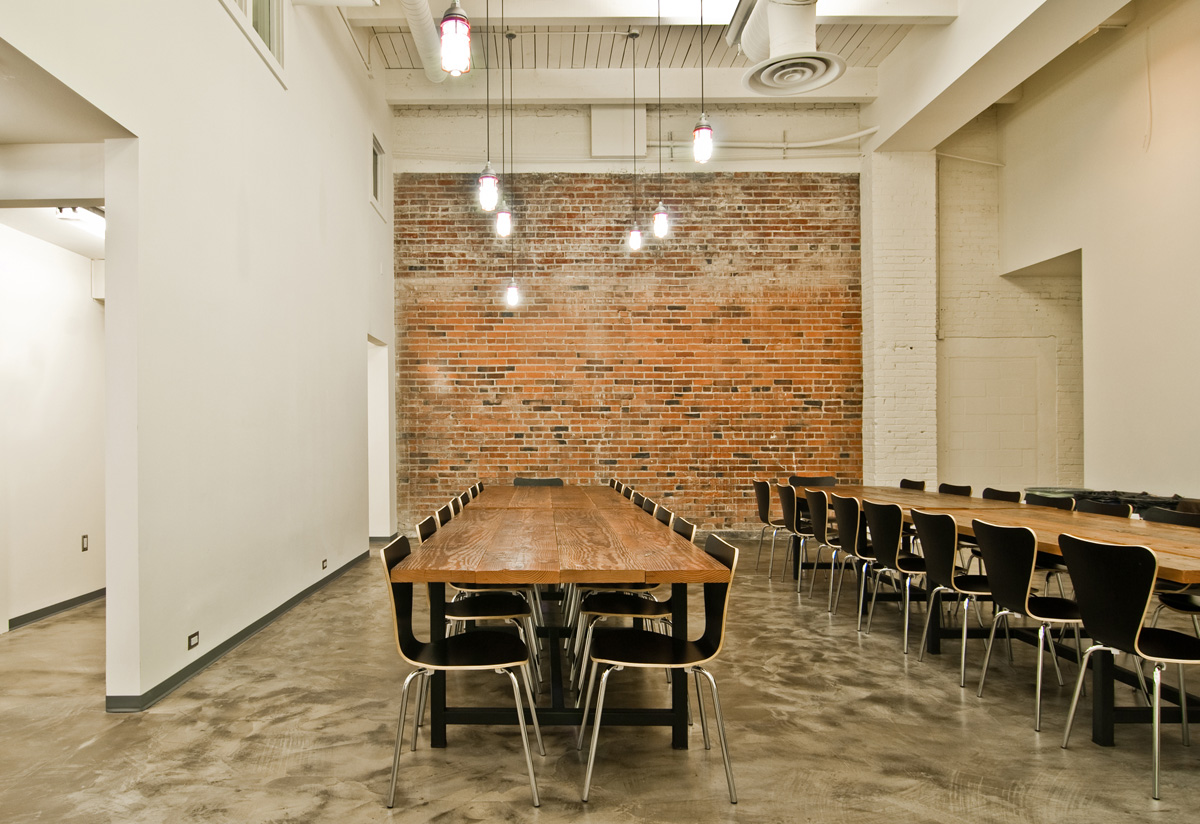 2. Design the shop around the projects.
We’ve allowed project types and scopes to inform the most efficient flow of work at the SPD shop. A previous post outlines the specifics. With the San Francisco package, we also fast-tracked some wish list improvements to the shop. Not only was material flow recalibrated and equipment reoriented, but the manner in which the high-touch hand-work is performed was reworked to maintain efficiency, even with so many more parts involved. SPD has always taken immense pride in the quality of all the hands involved, and in this case, each member has stepped up to personalize their work area in order to get those hands on the quantity of items this project called for. 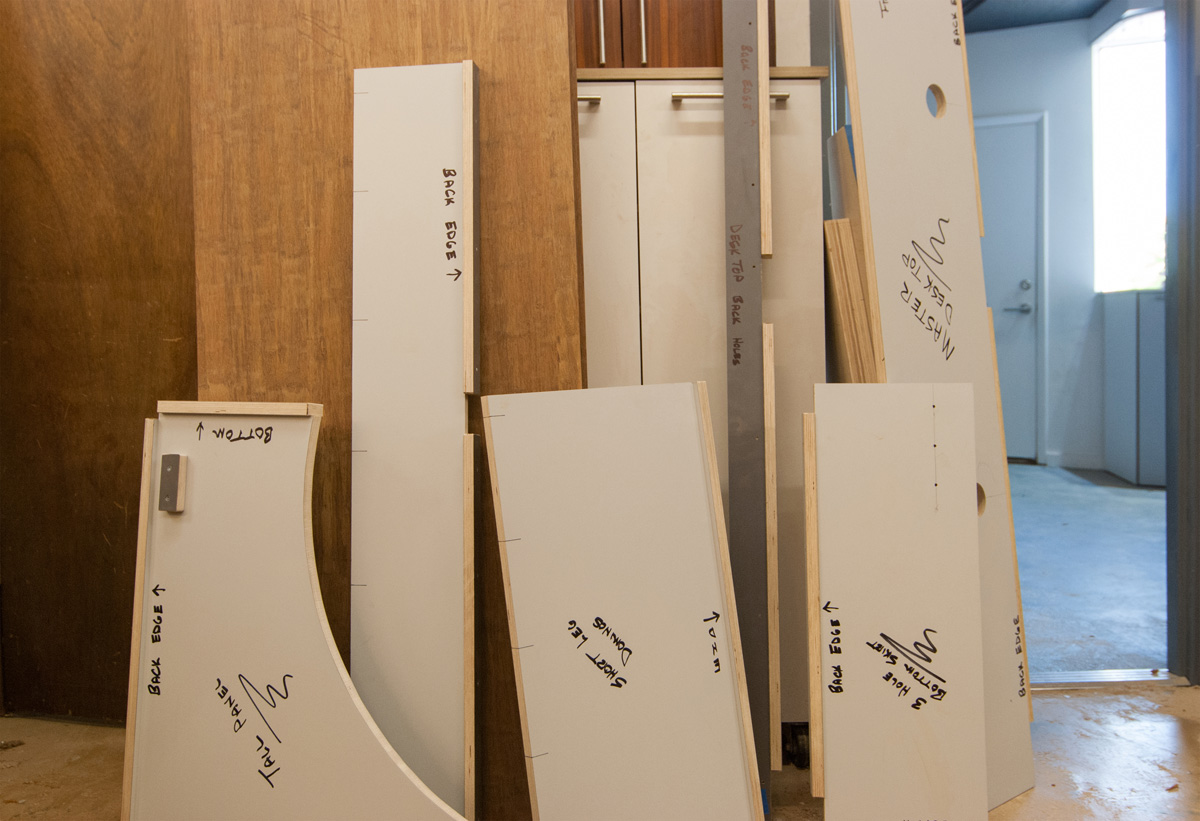 3. A set of well thought-out jigs.
Once we finalized the design of pieces like the worktables, David meticulously made a series of jigs to guide the cutting and assembly of every single piece. With the math and geometry largely addressed, the guys could hone in on the craft and beauty of each cabinet. Though we joke that the most high-touch and precise of projects should be done without a tape measure, in this case we actually realized that goal. 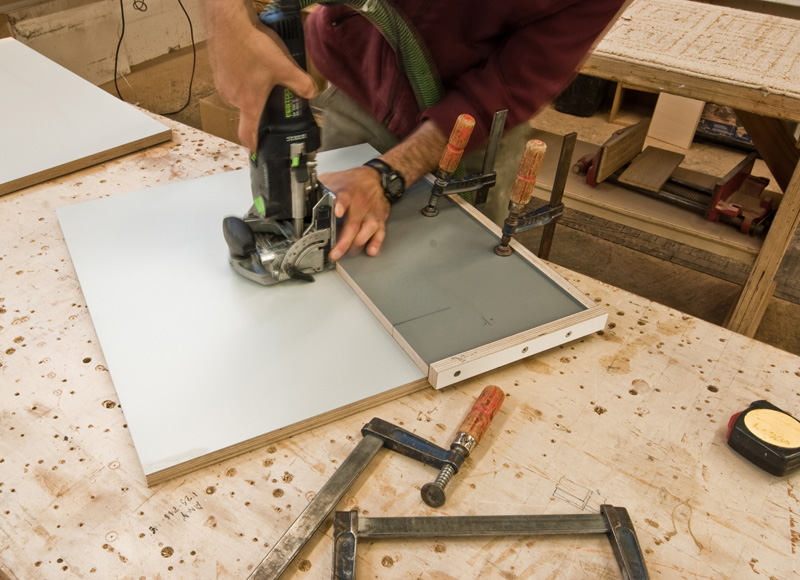 4. Limited and time-sensitive outsourcing.
SPD prides itself on creating a hand-crafted product carefully joined with machined precision. When designing and building bigger packages of work (like 76 work stations, for example), there are components more suited for fabrication in shops that can deal with larger volumes of product while maintaining the speed and precision required. Here, the job involves 212 bamboo laminated panels and 81 laminated aluminum table tops. At 1” thick per sheet, the panels are cumbersome and tricky to circulate around our shop. We teamed with KML in Tacoma on the lamination process as they are set up for bigger orders. Since we’ve worked with them in the past, we knew they were on the same page in terms of quality. This allowed for consistency with each panel and allowed the SPD shop to focus on the workmanship of the cabinet components and details. For example, edge-banding is one of the more delicate and high-touch portions of the work, so we take care to perform this in-house. 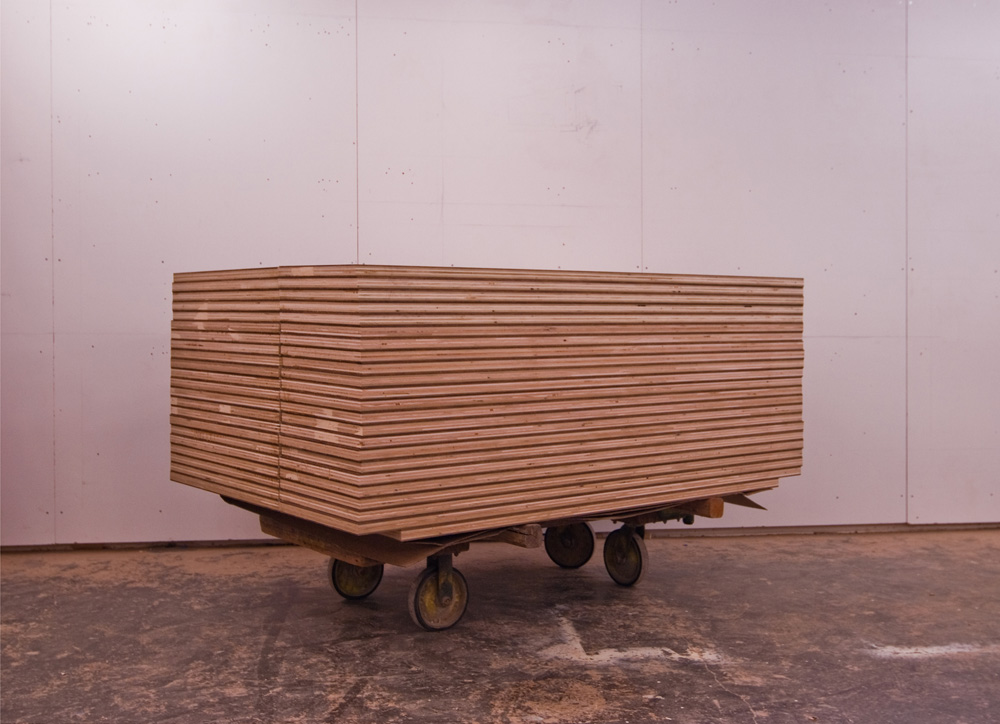 5. In-house assembly demonstrations.
There is nothing quite like a full-sized mock-up that lets our clients get up close and personal with the key components of our pieces. For the workstations, we assembled a test run to further dial in the details: precise locations of inconspicuous power and data desktop plug-ins, wire management, panel heights for privacy and interaction, proper ergonomics — all while striving for clean efficiency that aligns with our client’s mission. While mocking up these key components, it became apparent that we needed both sitting and standing stations. And as a measure of exacting quality control, every tenth station is being assembled at the shop to ensure every component maintained consistency and the pieces always fit together when assembled. 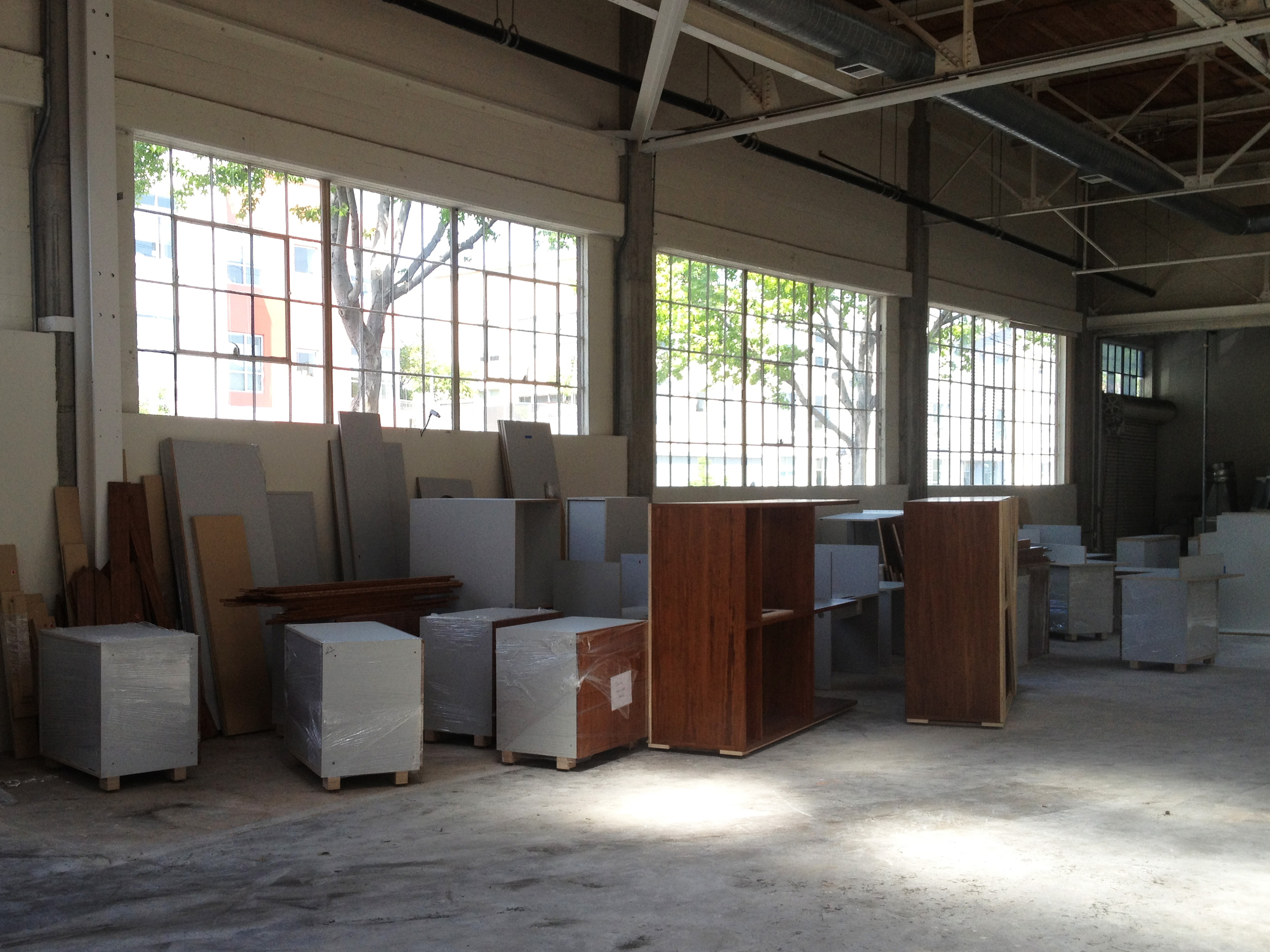 Certainly not the least of our secret weapons in this mission, a HUGE thanks goes out to all the guys at the shop working tirelessly on the project: David, Aaron, Mike, Robert, and Noah. Their commitment to the quality (and quantity) of work being produced out of our little SPD cabinet shop is the unquantifiable component in the success of every project we do. 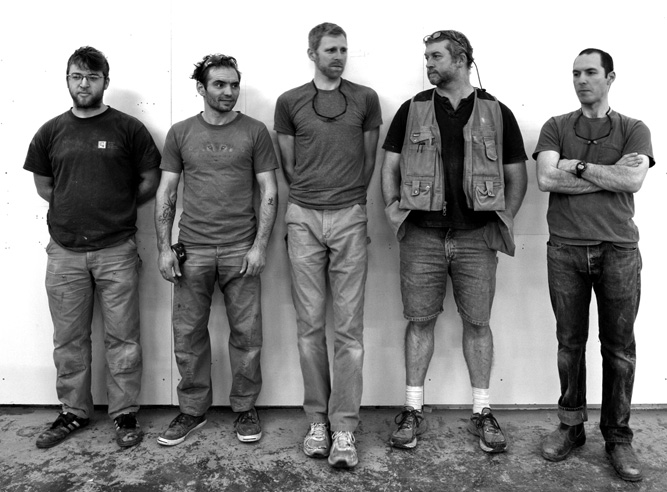