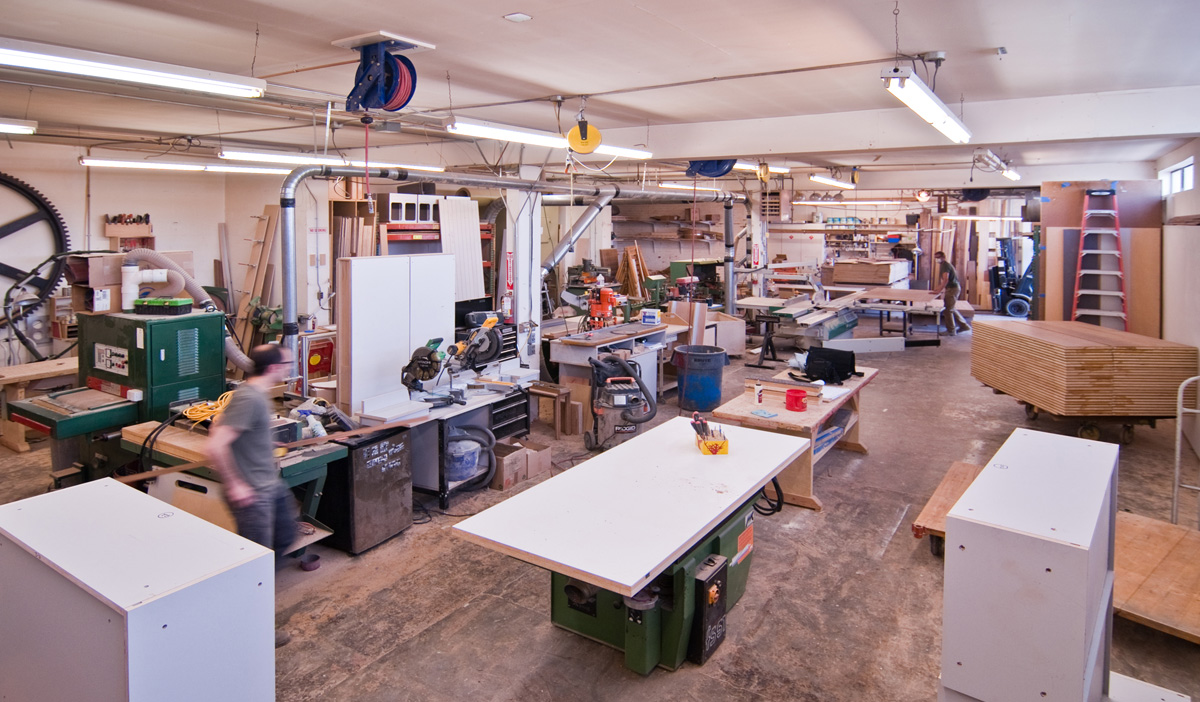 It’s nearly summer around here in Seattle (at the very least we’re getting a temporary preview of it), and it reminds us that we’re swiftly approaching the one year anniversary of SPD’s big shop move. So far, the new location and new space has worked out extremely well. And the past several months have seen the acquisition of a slew of new equipment, tools, and the addition of a new team member. Equally important, the guys have figured out how to really make the space work for them. Here’s the rundown of the latest and greatest from the Special Projects Division cabinet shop: 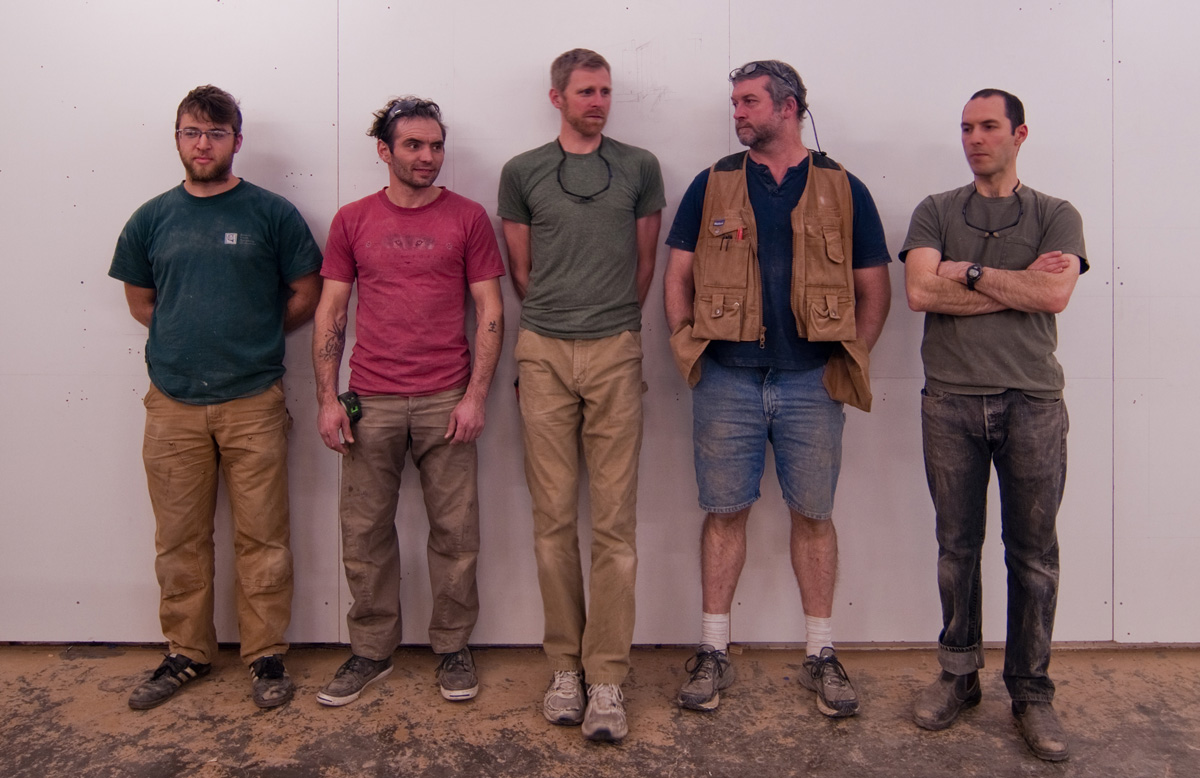 Shop Re-org
The biggest impact of the shop re-org involved the positioning of the saws. They’ve been set up so that racks can feed directly into each saw, saving a ton of time and effort lugging materials from one end of the shop to the saw. The two main ones in the shop are the Panhans II, used to make the box forms and the Altendorf, used for platform veneer and edging. Each has a large footprint and requires significant material clearances as pieces come off the machines. Now located within the center of the space in a rotated position from each other, Aaron and Mike can each work at their respective machines with ease and efficiency. Like a well choreographed dance. It’s beautiful, really. 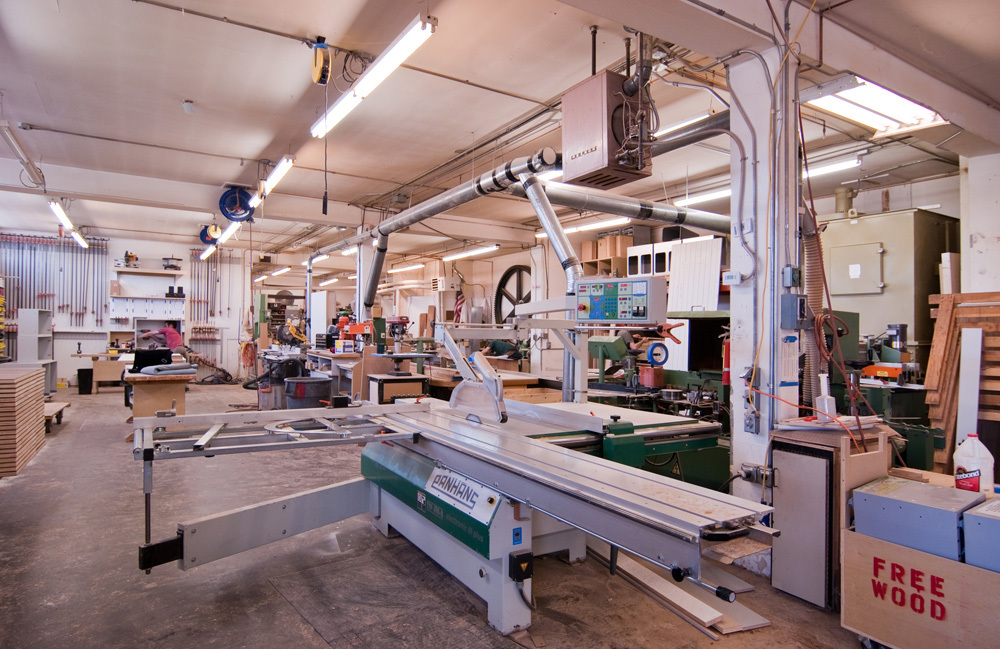 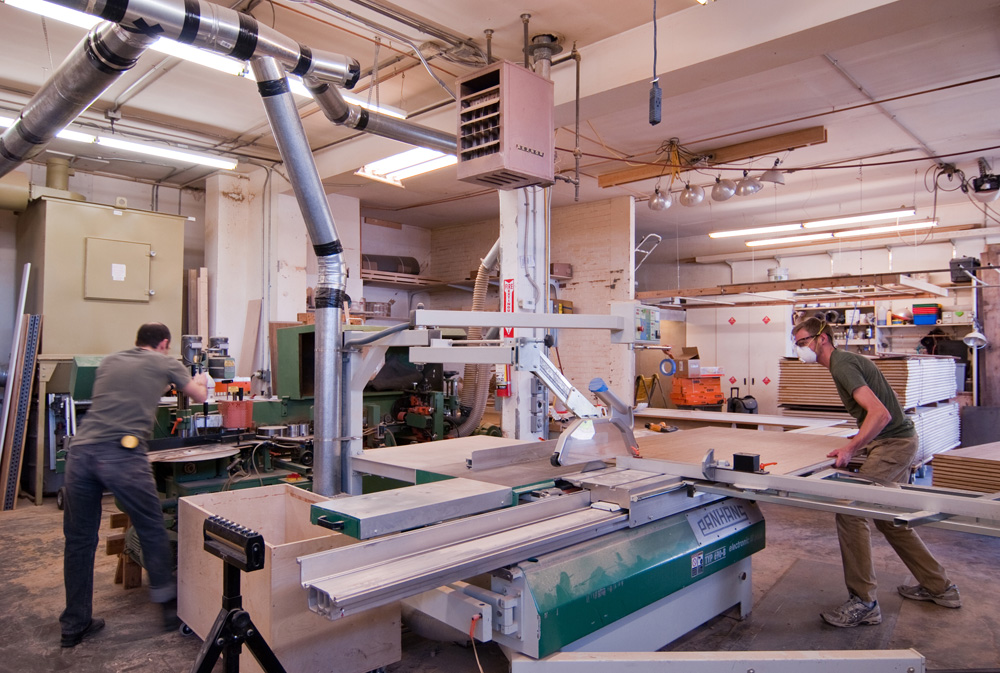 Altendorf Edgebander
SPD got their hands on the edgebander back in June, and hasn’t looked back since. This machine is a game-changer. What used to take a whole day is now a 90 minute job. 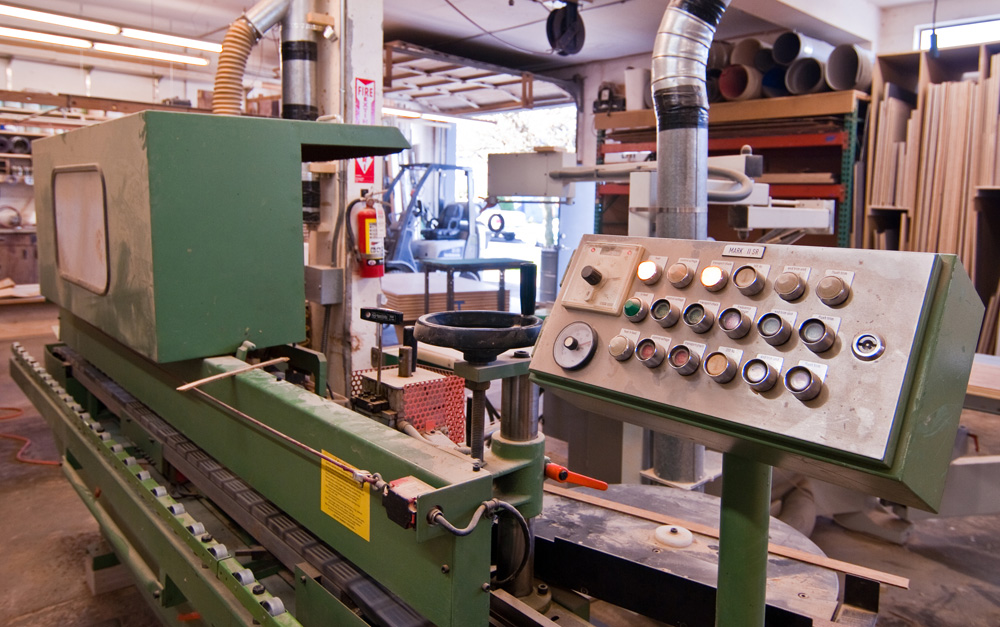 Clamp Wall
At first sight, the sheer size and volume of clamps on the clamp wall can be intimidating. They nearly cover an entire wall of the shop. The clamps are used primarily for box-making, and when the shop is humming, there’s not a single clamp left hanging. 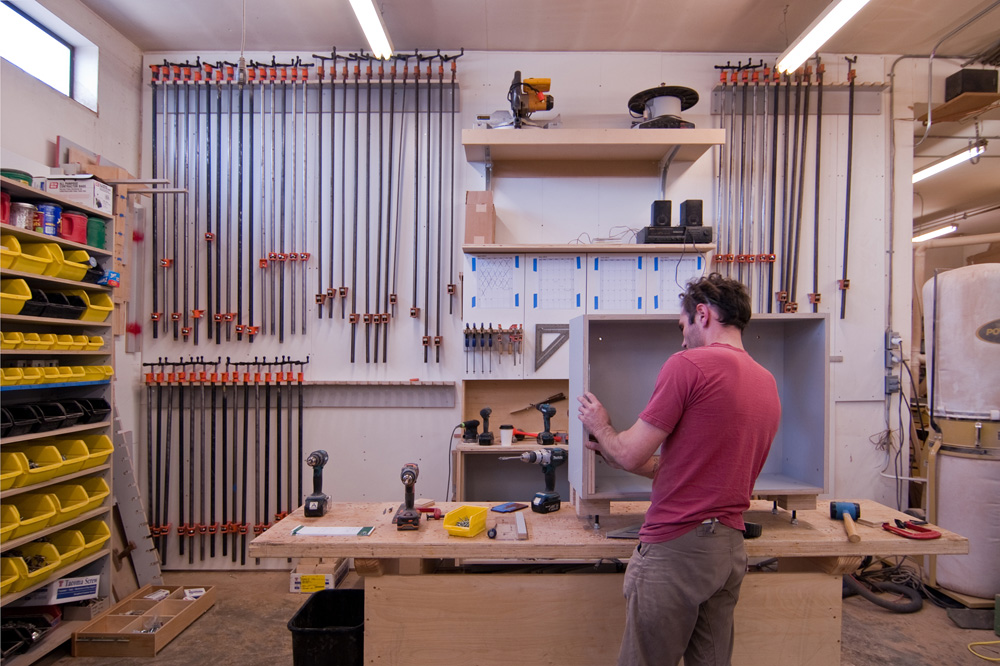 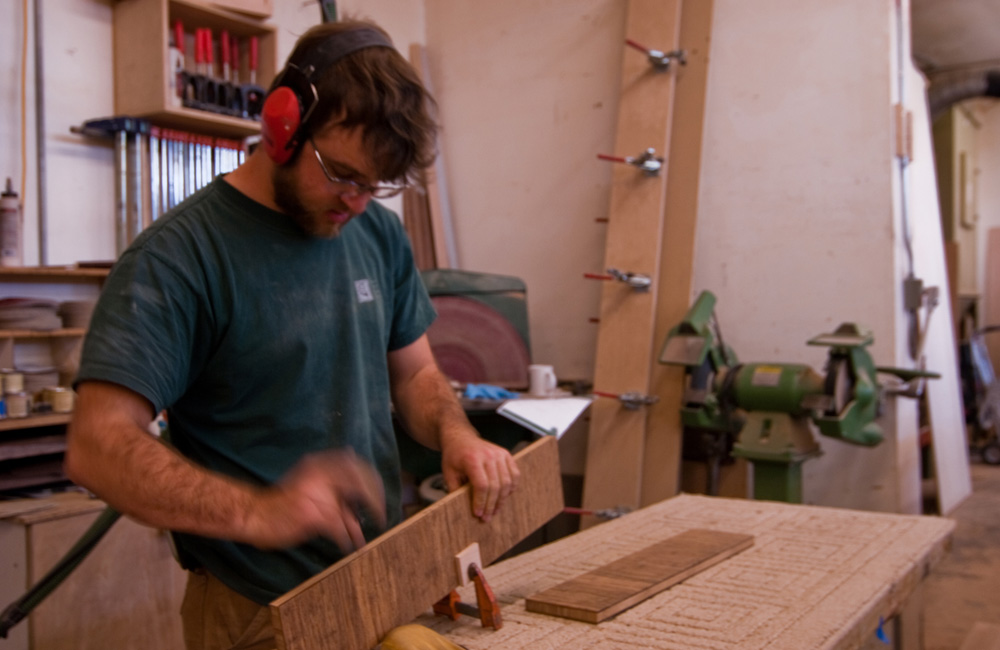 Festool Chop Saw
For those unfamiliar, Festool is the top of the line when it comes to woodworking tools. This chop saw is capable of fractions upon fractions in precision. Need a 1/64″ shave? Look no further. 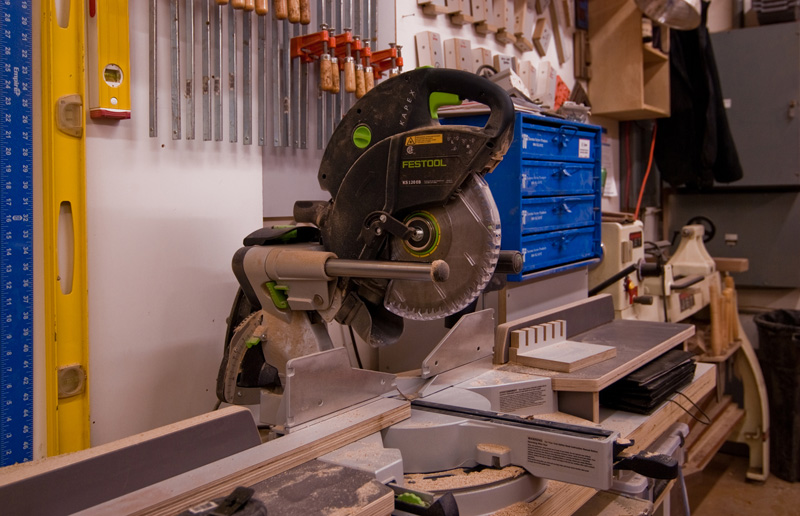 Panel Sander
Though capable of panel sanding, SPD primarily uses this ridiculously huge machine to sand multiple edges at once. Six hours of work is reduced to one. Another one of the hyper-precise machines at the shop, this one calibrates digitally. 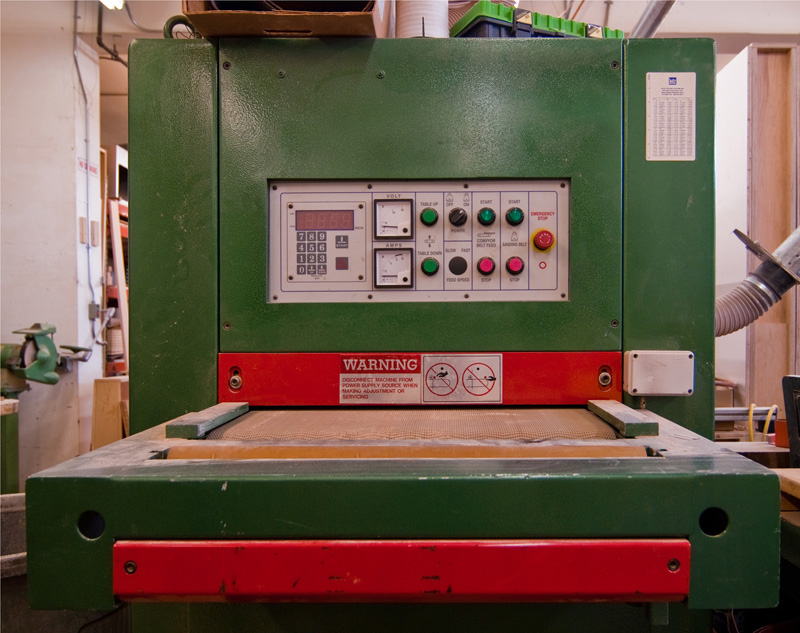 Super Sweet Organizational Unit (SSOUTM)
The SSOUTM, the brainchild of Aaron, was implemented not long after he started at SPD. As most innovations come to be, this one was born out of necessity and a touch of OCD (a good thing in a workshop). The cabinets SPD creates utilize the same core set of tools. Before the SSOUTM, these tools were kept in a disorganized pile which would have to be sorted through each time cabinet boxes had to be made. In a “this will not do” moment, the SSOUTM was born. Simply made out of platform off-cuts and labeled by hand, it is now an essential part of the well-oiled machine that is SPD. 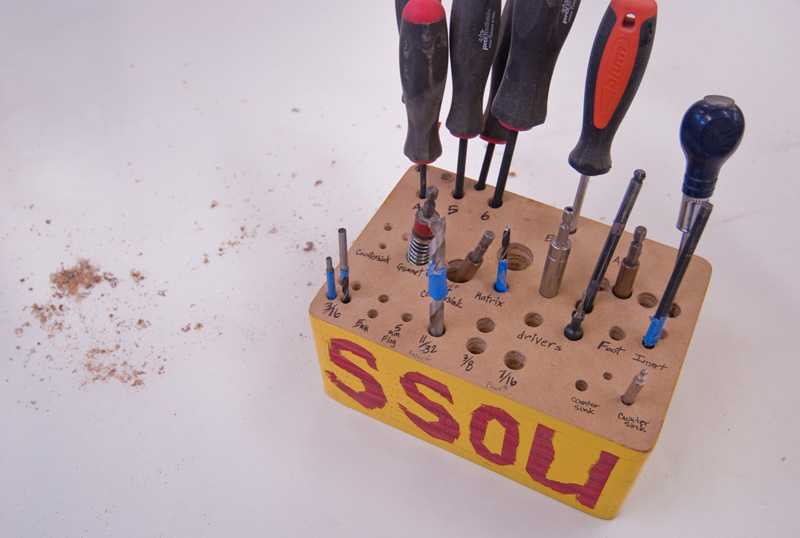 Cabinet 3-Hole Drill
The Blum hinge machine allows for some seriously high-volume production. In one shot, three holes can be drilled at once. Three times the speed, and three times the fun. 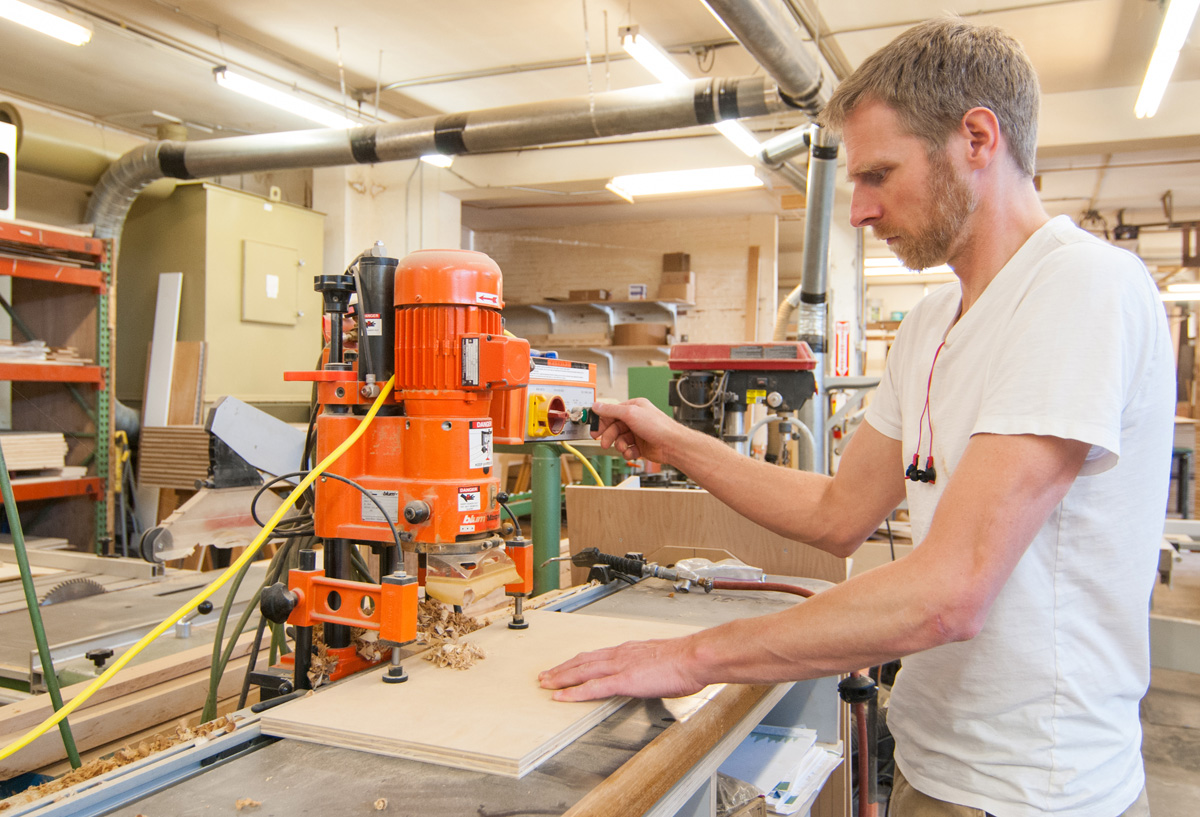 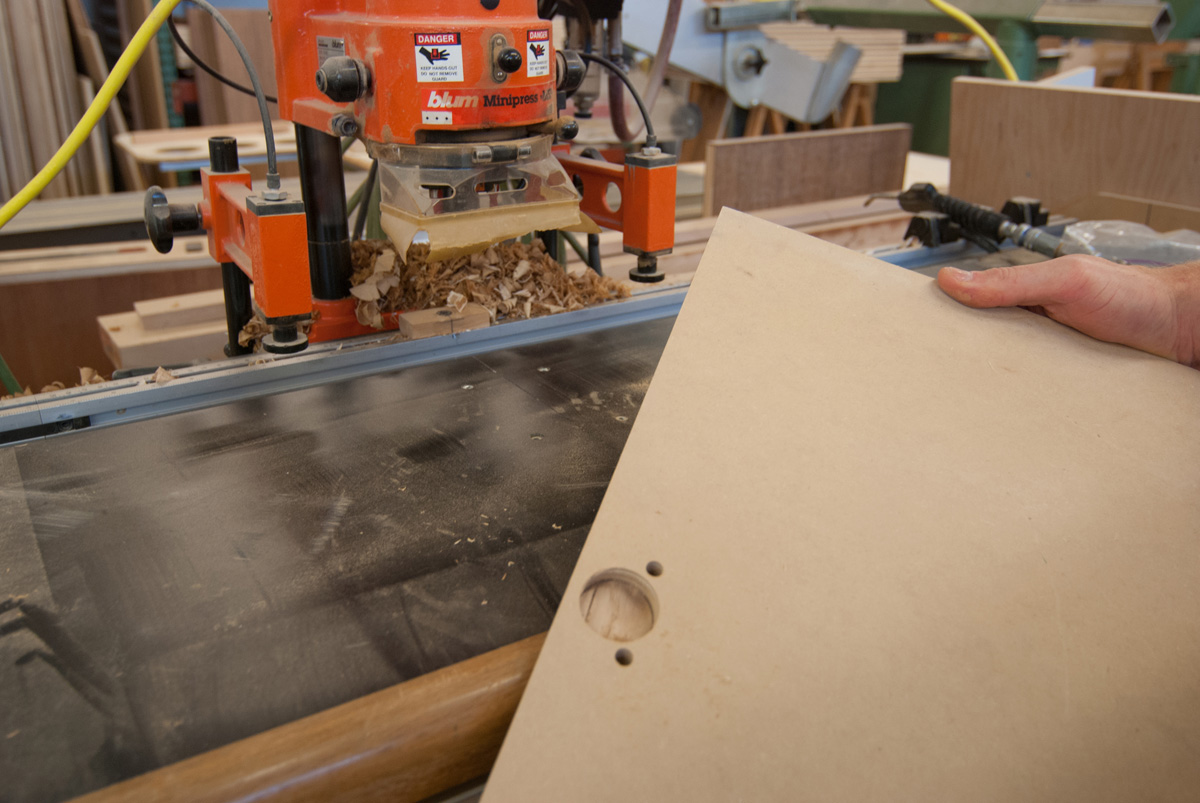 Forklift
We’ve got some muscle down at the shop, but the high volume, time-sensitive projects that have been in the pipeline lately have required SPD to amp up their game. Three months ago, the shop purchased a forklift to do the heaviest of heavy lifting. The vehicle can take the 25 sheet shipments and cart them right up to the saws to be cut down. 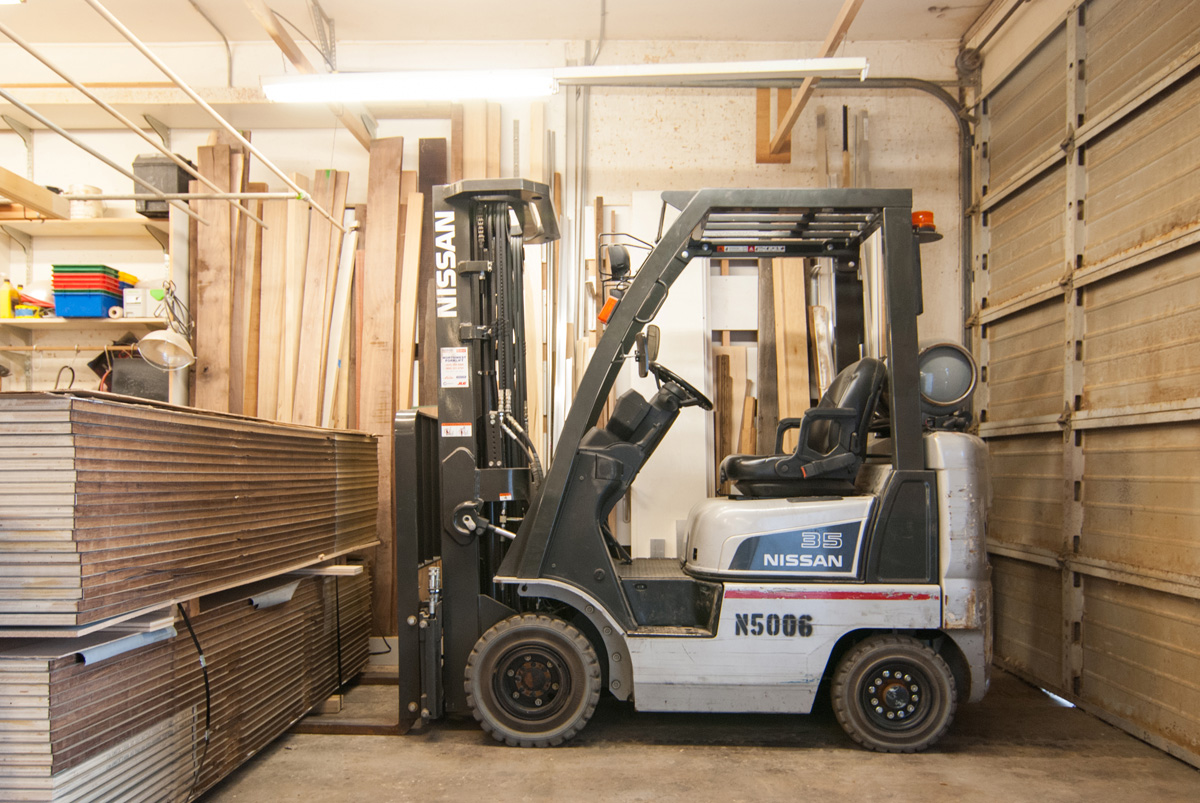 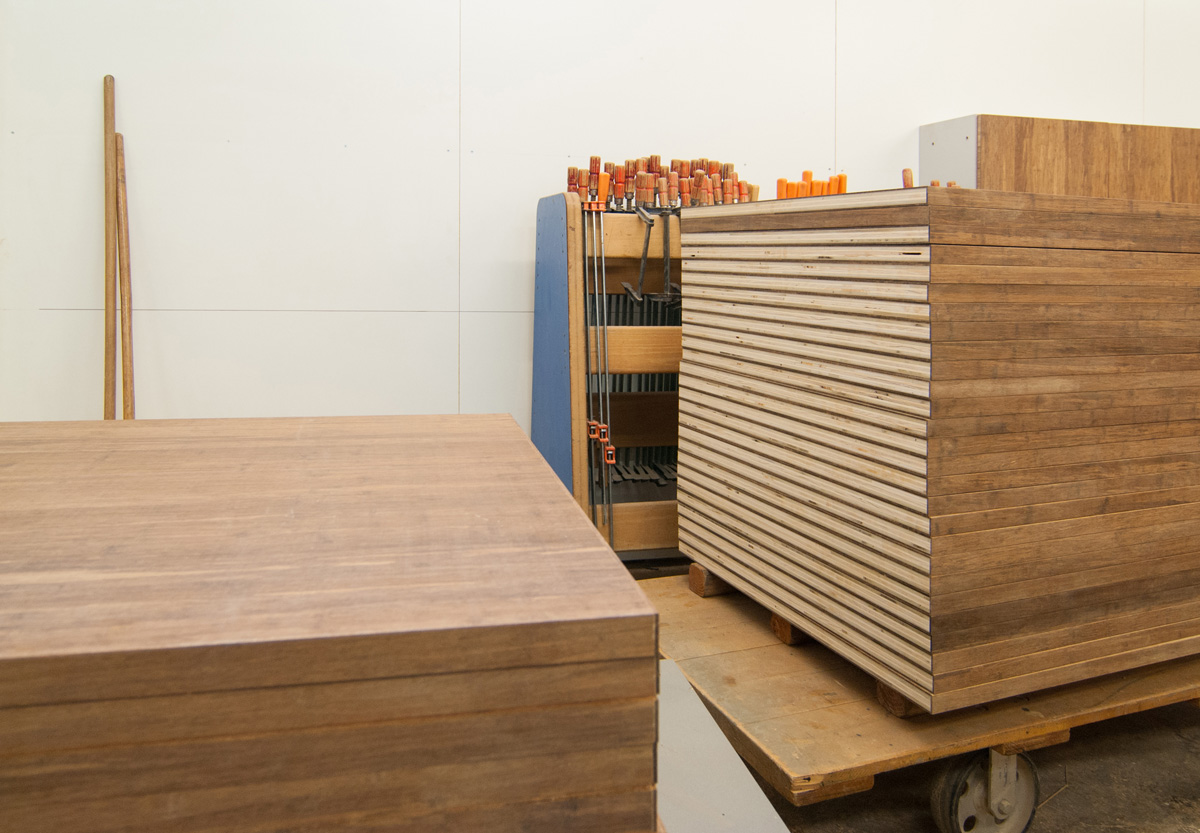 The Coffee Maker (The most important tool in the shop)
While everyone at the shop rolls in with their favorite cup of morning brew, throughout the course of a day, it’s important to stay fueled up. The dusty, hard-working machine tucked off in the corner is a modest, but crucial part of the SPD team. The guys will change up the beans depending on who purchased them last, and it’ll run the gamut from mainstream to micro-roast. And, no surprise, barista duty is on the new guy. 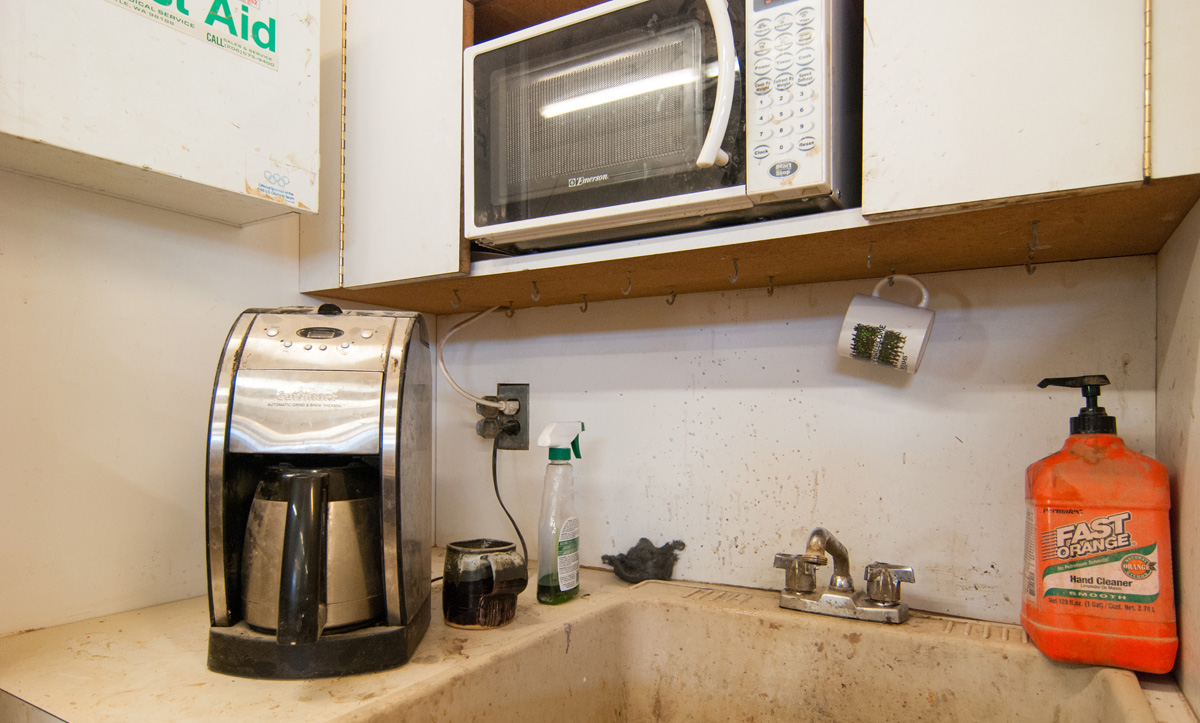 That pretty much covers it for the latest happenings at the cabinet shop. The guys have been seriously busy with all the changes in-shop as well as with big jobs going on as we speak. We’ll have more on the project-based specifics in a later post, so stay tuned. Until then, big congrats to SPD for a well-made shop.