A Tale of Two Grids 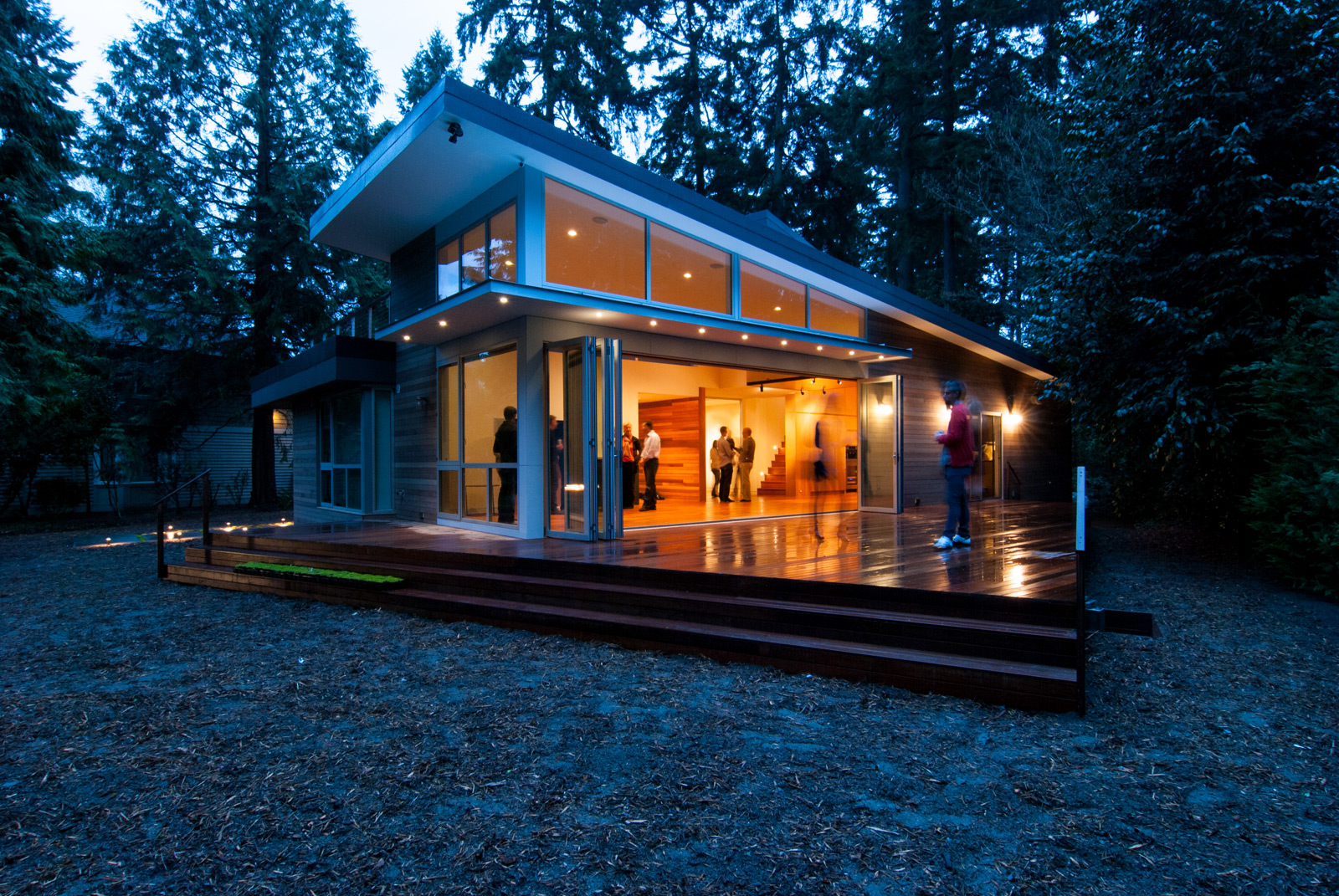 The recently completed Beaux Arts Village Residence makes for a good site study because it is unusually un-orthogonal (how’s that for a made-up architect-y word?). The position of the house has an interesting story behind it and today’s post takes a deep dive on how two different site conditions were dovetailed together into one harmonious home. 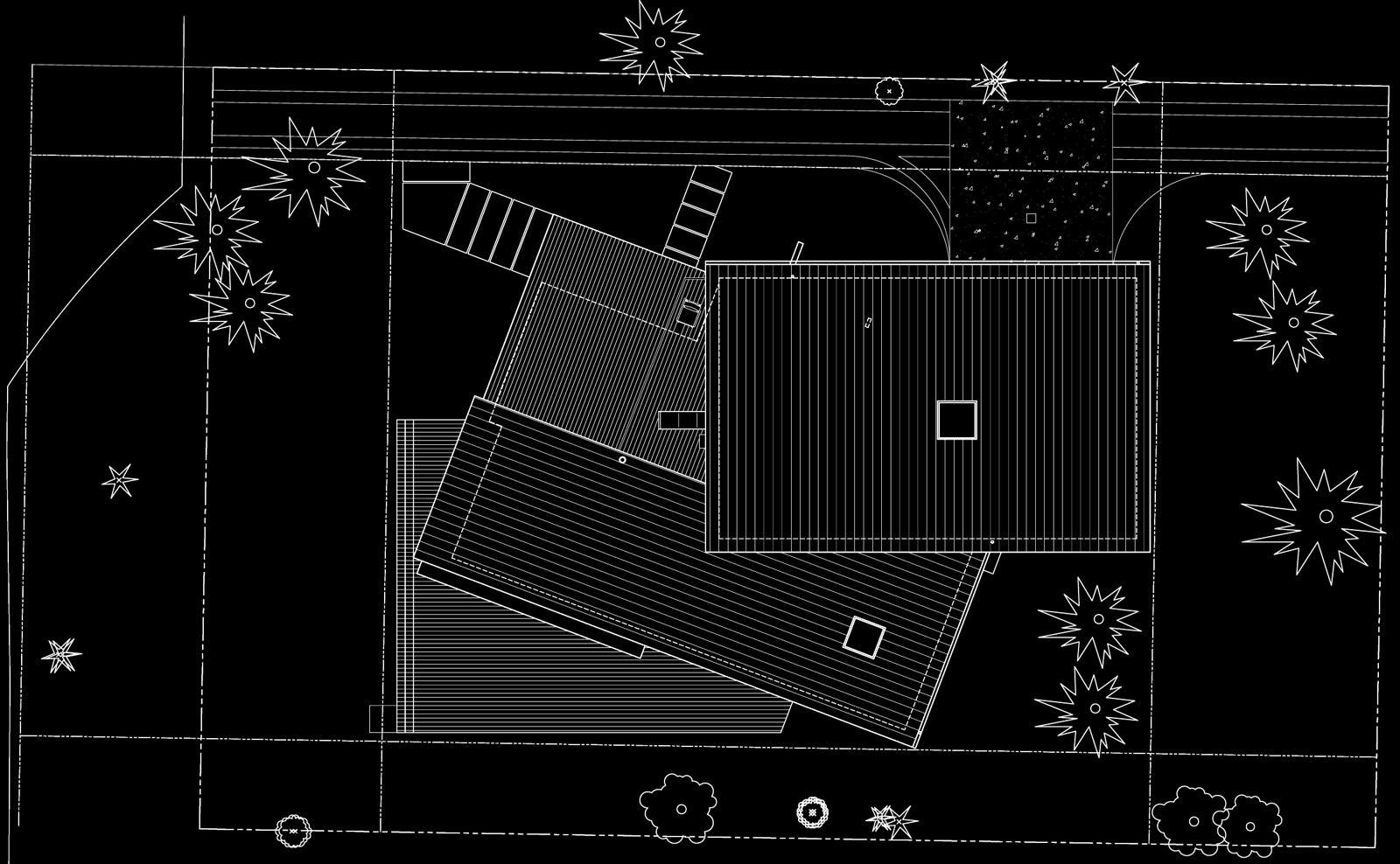 While the lot is a generous 10,000 square feet, there were several pre-existing site conditions to deal with. Most importantly there were 22 trees populating the site. Many of them are designated as “significant,” “mature,” or even “landmark” trees. Each of these designations has different requirements within the land use code of this particular jurisdiction, and given that the community is most known for its wooded village-like feel, it would be a shame to remove any trees not directly in conflict. It was our intent from the start to preserve as many trees as possible.

Also present on site was a small existing home. Upon evaluating the structure, it was determined that the foundation was in good enough shape to reuse. We liked this idea as it saved a bit of foundation work, involved less disruption to the land and put a bit of money back in the target budget. 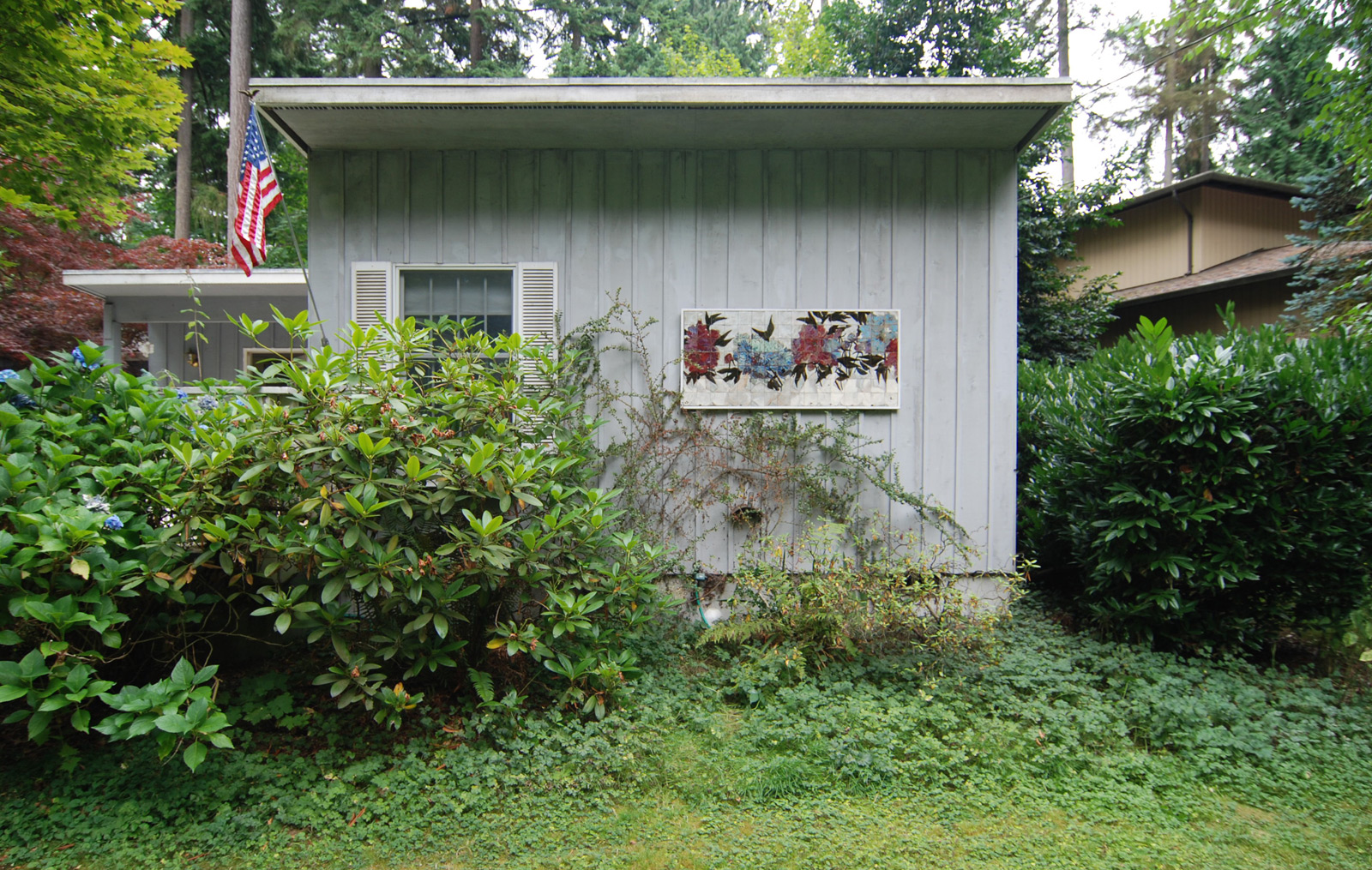 The existing home had been on the land a long time; so long, in fact, that it had existed before the current property lines. Larger lots had been subdivided and sold over the years and new property lines resulted in some odd relationships. By the time we set foot on site, there was one glaring site condition; the house sat at a 20 degree angle to the property lines. 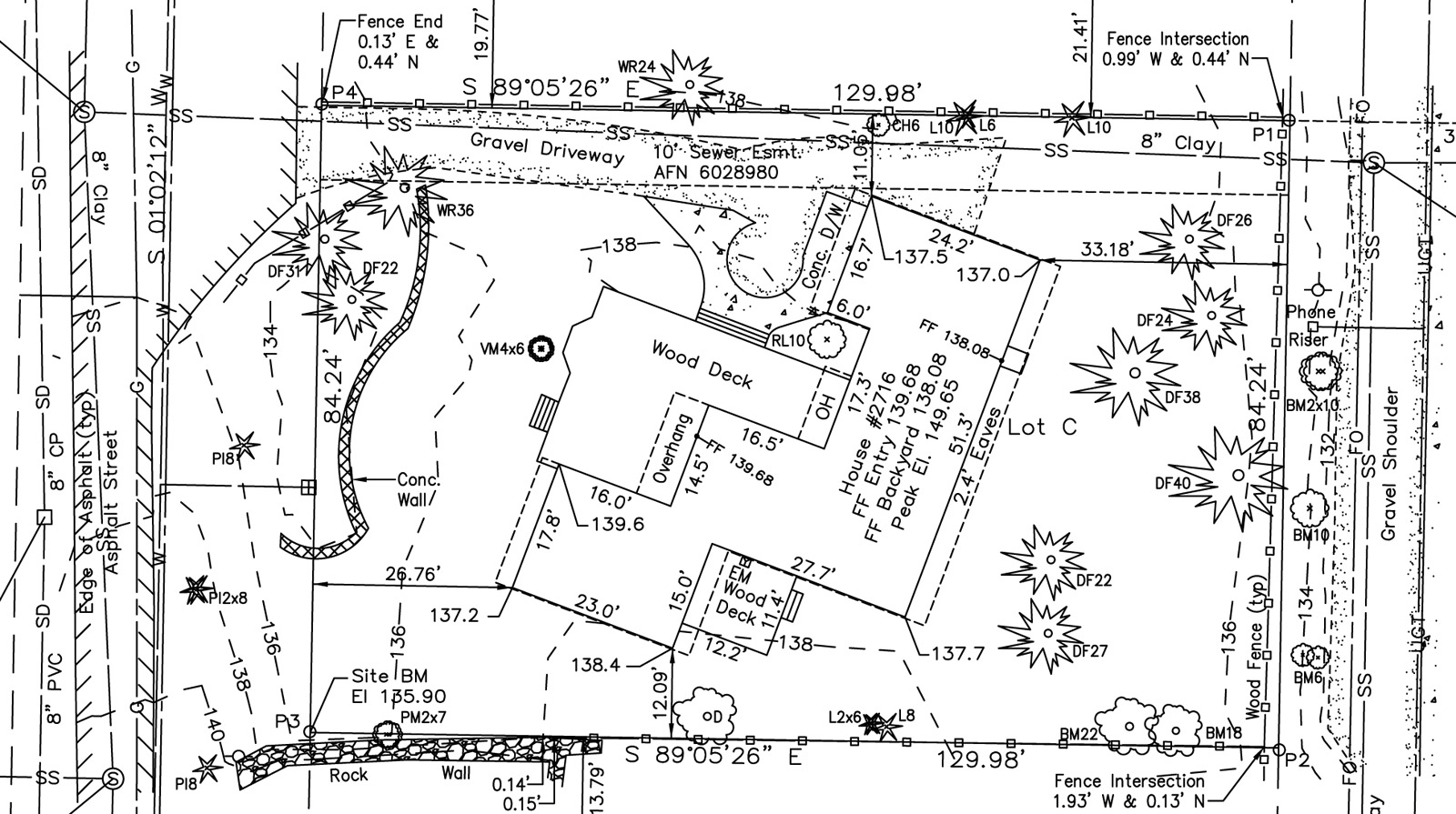 Not surprisingly, a quick site analysis indicated that the most efficient use of the lot employed a new structure orthogonal to the property lines. This made sense not just from a square footage perspective, but it also allowed a reasonable turning radius for the driveway into the garage, and preserved more usable areas of yard. 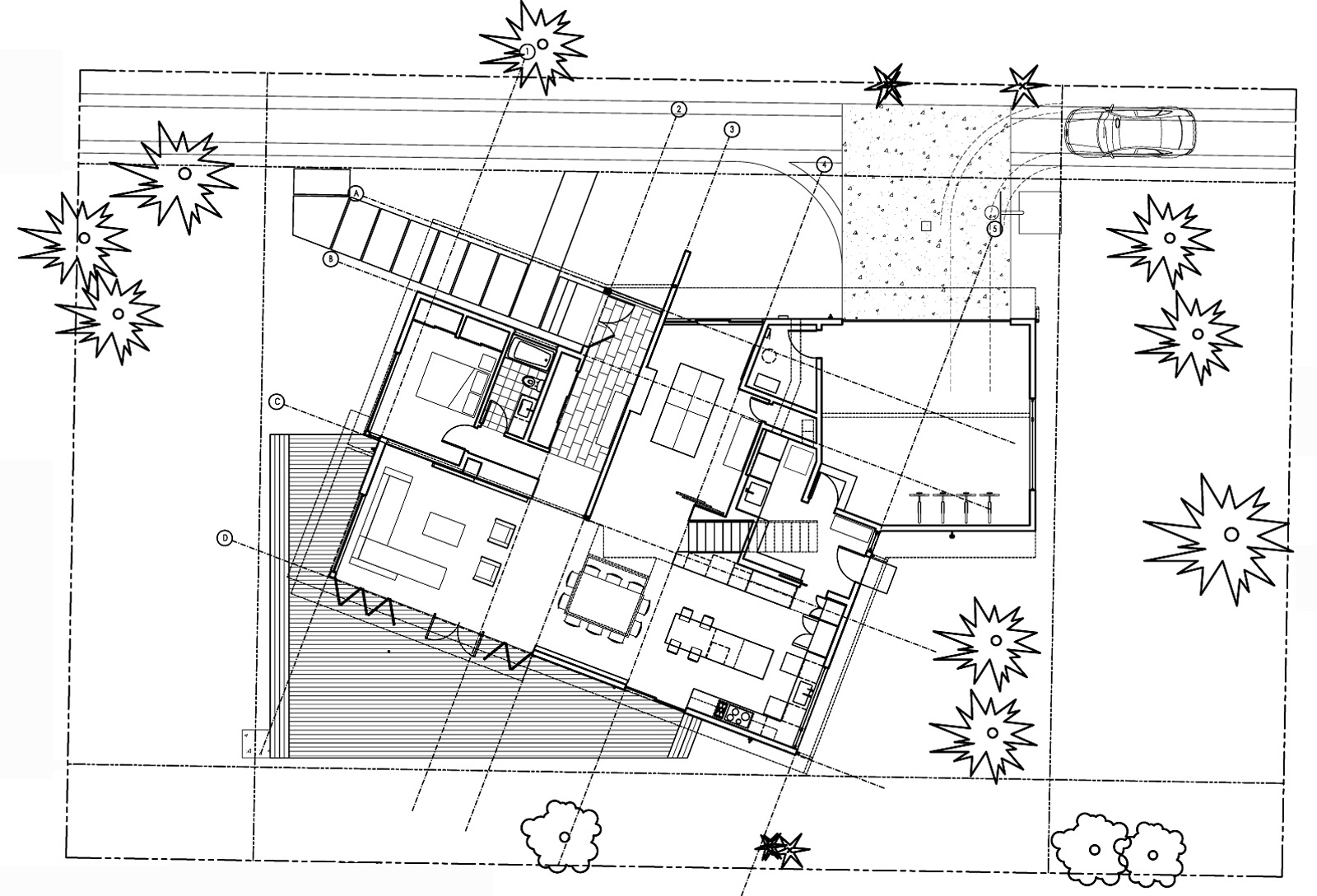 The biggest challenge was resolving both grids without adversely affecting the function of the home. Outside, the two grids are played off of one another, making the envelope more intricate and creating an entry that evokes curiosity. The angles and slopes help push the upper level back and out of perspective, allowing the main floor to be the focal point.

Inside, the two grids are separated visually between the main floor and the upper floor (although they share several structural points). Where the grids come together, funky angles are dealt with by service spaces. The only place where the two grids meet with any visual prominence is the stair, which became a deliberate place to highlight the geometric difference between the two grids. This “hinge-point” reveals the angle of the stair in relation to the main floor and articulates the angle through custom cabinets that taper with the angle. 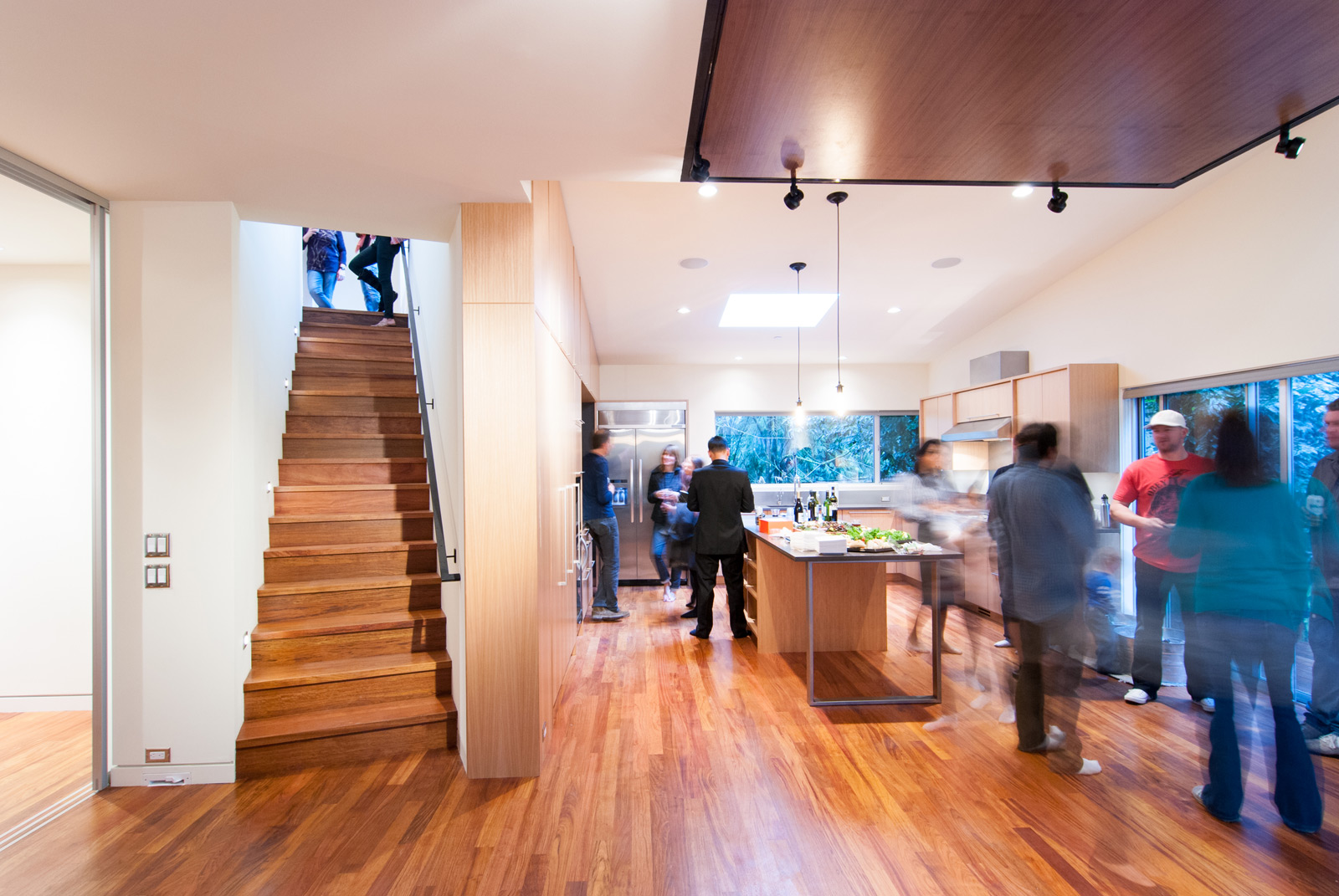 The owners recently hosted a house warming party and team BUILD got to kick the tires on the finished product. The angle felt good, it hints that the house has a deeper narrative. The footprint of the house has a playfulness with the site that it wouldn’t have it were purely orthogonal. Inside, turning the corner from the entry, the angle of the stair was a pleasant surprise (even knowing full well that it’s there). At times the opposing grids were difficult and challenging. We spent many design sessions pulling our hair out trying to resolve opposing lines of structure, envelope differences, and geometrical alignments. But it was worth it — the experience wouldn’t be nearly what it is without the two grids.