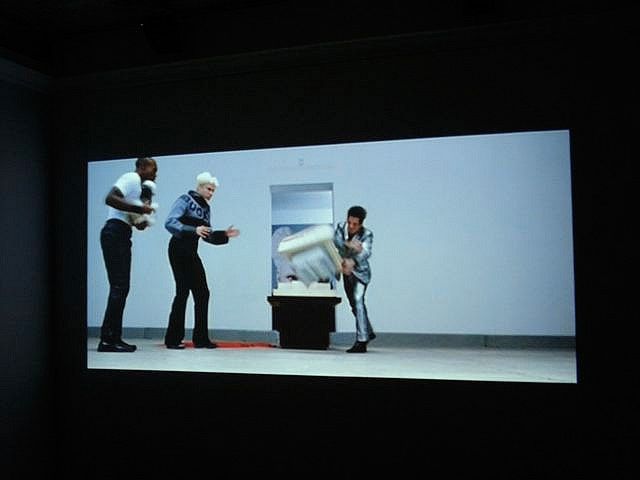 For the latest BUILD Roundup, we’re taking a tally of the Team’s favorite architecture films. Not to be confused with our previous installment covering modern architecture in film, we’re focusing on architecture and design as the subject rather than the backdrop. With an increasing number of design-focused films gaining traction among film lovers, (entire film festivals are now devoted to the topic—it’s about time,) there’s a ton of ground to cover out there. Hit the comments button and let us know what some of your favorites are.

The Visual Language of Herbert Matter directed by Reto Caduff
I happened upon this film last year when it screened at a local theater. I was intrigued by the title, and unfamiliar with Herbert Matter. It was an inspiring and revealing look at a game-changer in the design world. As an added bonus, it gave a sideways look into the world of the Eameses, through their collaborative work and close friendship.

Visual Acoustics: The Modernism of Julius Shulman directed by Eric Bricker
This film is a must-see for any designer, photographer, or architect! Documenting the life and work of Shulman, Visual Acoustics (a fantastic term coined by the man himself) brings to light the serendipitous timing of a young photographer’s career and the emerging modernism in 20th Century California.

My Architect directed by Nathaniel Kahn
The first time I watched this film back in undergrad, I felt very inspired.  But what I soon realized is that many of these celebrated architects didn’t necessarily have successful lives outside of architecture.  Their lives were so devoted to architecture that other more important things tended to lack the attention they deserved.

Manufactured Landscapes directed by Jennifer Baichwal
This film is a good reminder of the of the effects of many design decisions.  It really opens your eyes to what’s happening to natural landscapes as a result of mass industrialization.

Eames: The Architect & The Painter directed by Jason Cohn and Bill Jersey
A couple of things quickly jumped to the surface upon viewing this fantastic film. First and foremost, James Franco has a voice made for narration. He is a true delight, and Morgan Freeman should be worried. Secondly, it turns out Ray and Charles Eames were in fact husband and wife, and not brothers. Who knew?

Helvetica directed by Gary Hustwit
I always get a kick out of that guy in the documentary that hates the Helvetica font to such an extent that he treats its use like a moral crime. Talk about a first world problem …

How Much Does Your Building Weigh, Mr. Foster? directed by Carlos Carcas and Norberto López Amado
I enjoyed how the film humanizes an icon of the design world, showing Foster’s humble roots and how, step by step, he became one of the most revered architects in history.

Modern Views directed by Boaz Ashkenazy and Amy Enser
An insightful look into the makings of the “Northwest School” during the Mid-Century, it’s both an education into local architectural history and a reminder on why we live here.

Urbanized directed by Gary Hustwit
The film is a huge achievement in that many of the clips were sent in from individuals around the world—really using the power of the internet and connectedness.