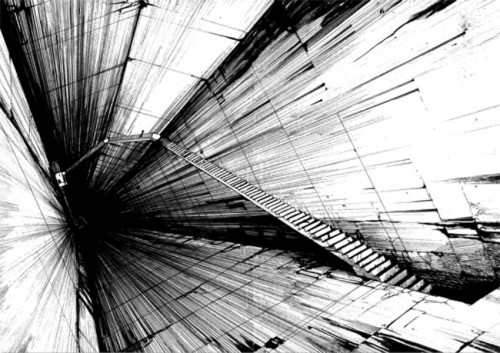 It’s true. We’re called BUILD because we like to realize projects to their fullest extent and usefulness. For us, that means getting things built. However, we’re also designers. And with that domain comes a sea of ideas that sometimes never make it beyond a sketch or model or daydream. The ones that forever get to exist in a haze of optimism and the friction-less utopia of what coulda- woulda- shoulda- been. So today’s post is a nod to the projects that got away, never fully arrived, or were never meant to be.

I miss the era of far-flung dreams of engineers. 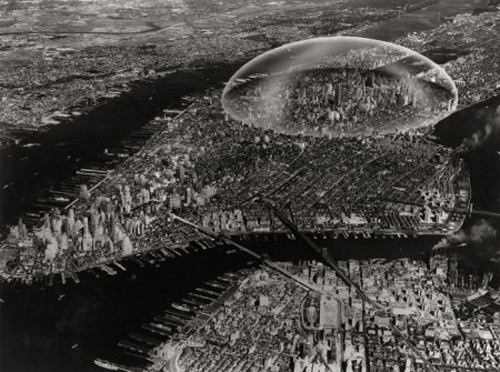 The first unbuilt project that came to mind was Buckminster Fuller’s Manhattan Dome, the proposal for a 3 km wide x 1.6 km high wire-reinforced, one-way vision, shatterproof glass dome over Midtown Manhattan. The rumor was it would take less steel than the Queen Mary to build. Probably untrue, but I miss the era of far-flung dreams of engineers. 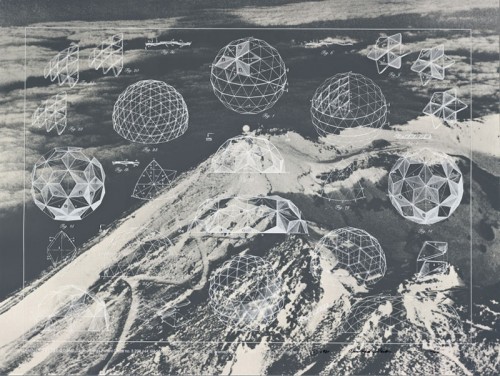 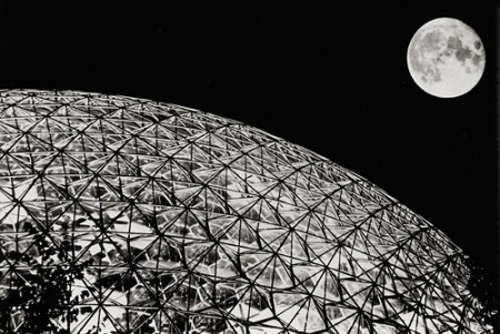 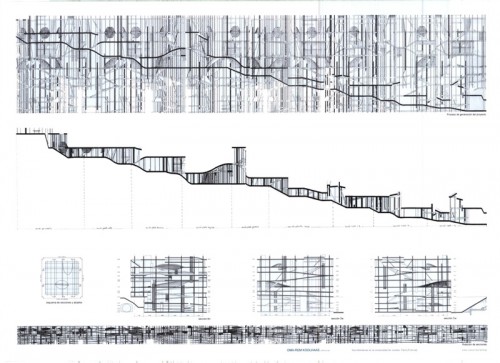 My favorite unbuilt work was designed by those same darn architects who dreamed up my favorite residence–OMA. For the most part, all that ever came of the competition entry for the library at the Jussieu Campus in Paris was one super-groovy, human-sized model. While we all would have dropped our collective jaws if this bad boy had been fully realized, a model featuring copious amounts of folded planes isn’t a bad consolation prize. 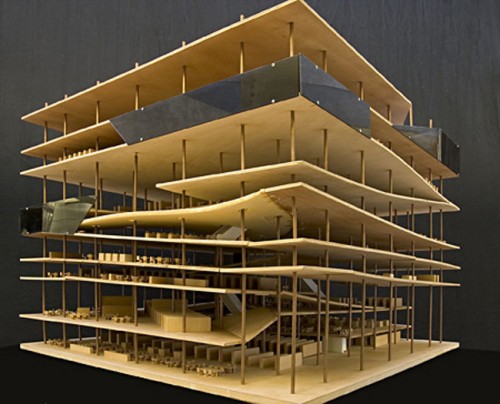 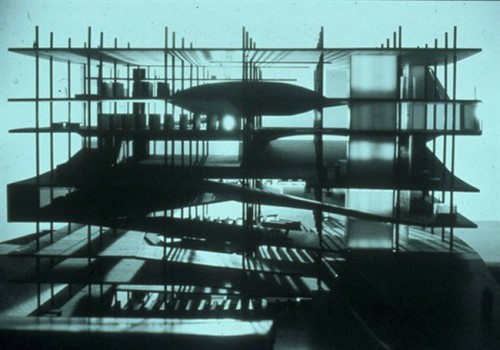 Hall of Justice and Legion of Doom

Who designed these super-structures? Super architects?

I have two favorite unbuilt projects, both early influences on my architectural career. The gleaming white Hall of Justice built for the Super Friends and its arch-nemesis, the murky Legion of Doom, both played prominently in my childhood. I mean, after all, these were the chosen live-work spaces of not just trend-setters, but of Super Heroes (and Villains). I had so many questions as a kid: Who designed these super-structures? Super architects? What did the other rooms in the Hall of Justice look like? The room with the massive TroubAlert computer always got the spotlight, but did the Super Heroes have bunk rooms? Was there a kitchen? Do you need stairs when most of the inhabitants can fly? Accessible bathrooms? Later in my education it became apparent that the architect of the Hall of Justice was clearly Oscar Niemeyer and the Legion of Doom was most likely the product of a disastrous architectural competition suspiciously won by Rem Koolhaas.

His renderings remind me of the comic books I used to read. 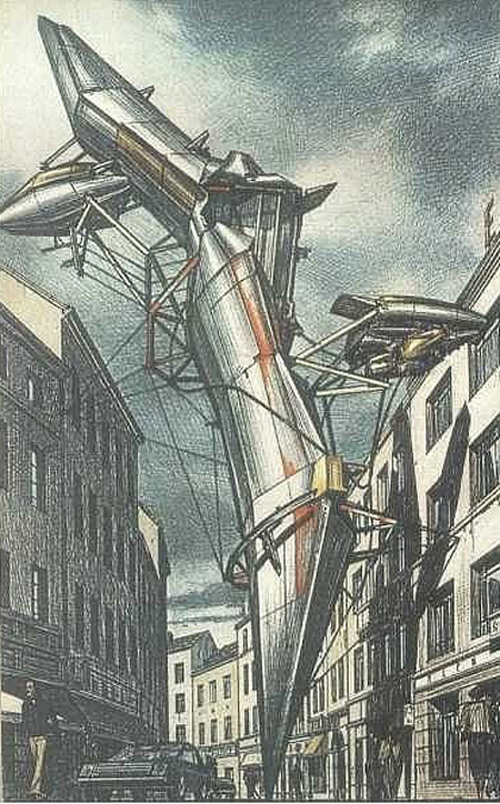 Anything by Leebeus Woods would be my choice as favorite unbuilt project. What fascinates me about his projects is that they’re studies of a post-apocalyptic society. It’s an interesting way of designing for a world which no longer possesses context or precedence. All of Woods’ work is theoretical and unbuilt with the exception of his installations. Honestly, the biggest draw to his work is a connection it makes with my childhood: His renderings remind me of the comic books I used to read. 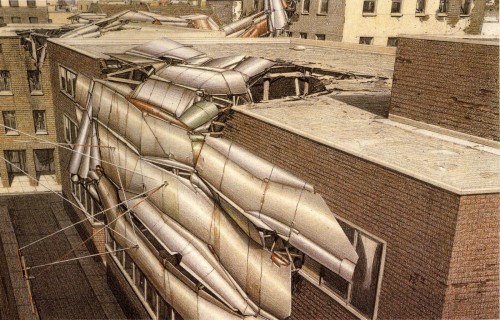 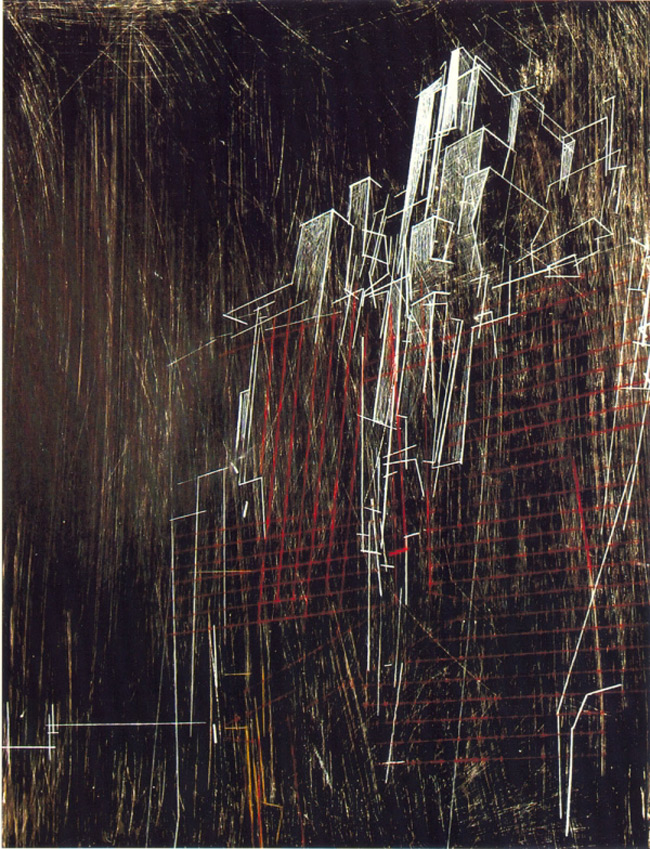 Connections to Ballard by train? A girl can only dream. 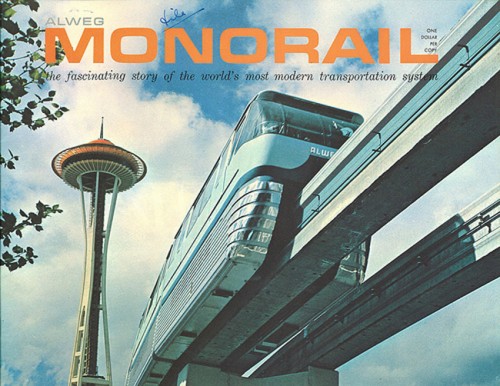 My favorite unbuilt project is one which sharply resonates with my urbanist leanings. And to be fair, it’s not entirely unbuilt — just partially so. And what with the new light rail extensions currently in progress, all is (more or less) forgiven. However, I’m left with only daydreams of where we’d be as a city had the Monorail actually been built to its fullest extent. But it turns out Seattle had a series of transit plans pre-dating the Monorail that were also left unrealized. Like a subway! Connections to Ballard by train? A girl can only dream. And attend public meetings. 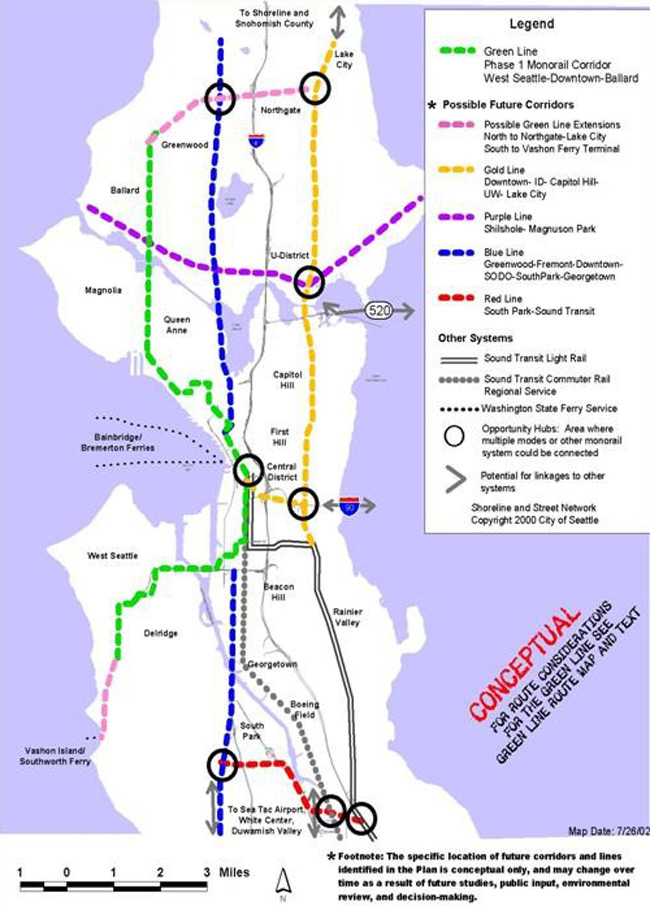 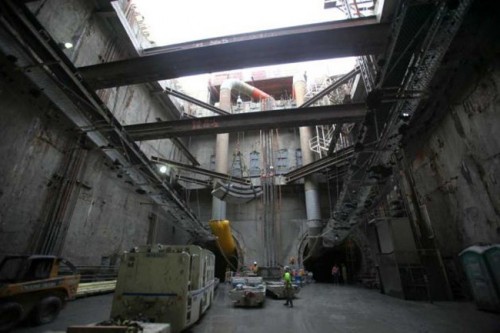 Let us know what unbuilt projects make your list in the comments below.