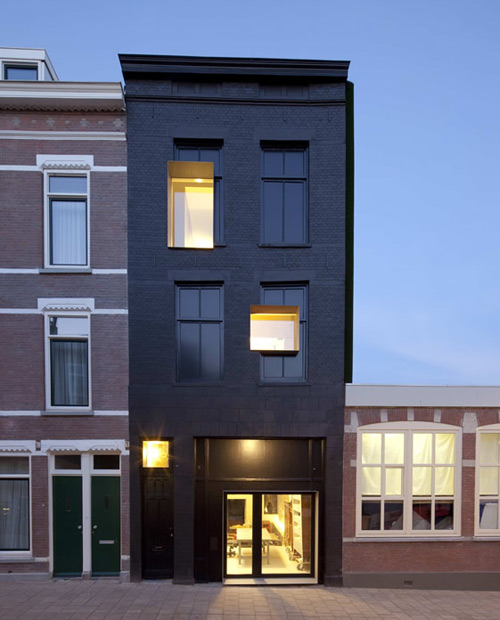 We spend a lot of  our days designing houses. When we come across a house that resonates with us, the unconscious reflex of pausing and imagining what it would be like to inhabit it just can’t be helped. Surely, you’ve done the same. It’s takes little to no effort these days to get our fill of head-turning, inspiring residential projects. Modern architecture has become a hot topic of online chatter, postings, pinnings, re-pinnings, etc.

As architects, our natural inclination is to take that initial passing interest and entertain the daydream a bit further: analyzing it like a project we’re taking on or studying it for its significant contribution to The Greater Architectural Good. At BUILD World Headquarters, we work cohesively as a team on each project that comes through our doors, but we have a variety of inspirations that guide us as individual designers and people. And no building type hits closer to home than a home.

So here’s our round-up of favorite houses (or at least ones that make our short list), contributed by each one of us at the office.

The project is the quintessential glowing modern box. 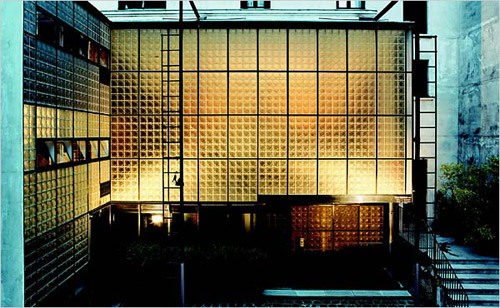 Given its context in time and place, the Maison de Verre is the most design-forward house I can think of. In numerous ways—culturally, ideologically—architects are still trying to catch up with it in the pursuit of modernism. Designed and built between 1928 and 1932, the project was a collaboration between Chareau (a furniture and interior designer), Bernard Bijvoet (a Dutch architect working in Paris), and Louis Dalbet (a craftsman metalworker). Construction involved the surgical insertion of the home and office below an occupied 4th floor apartment, all within a traditional Parisian building. The elegant use of steel and glass give the space a light, lofty quality, while the exterior maintains a simple, pleasing grid. From Wikipedia: The project represents “honesty of materials, variable transparency of forms, and juxtaposition of industrial materials.” 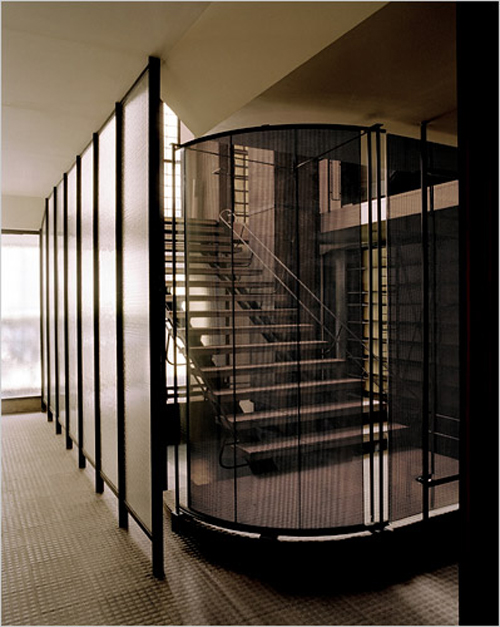 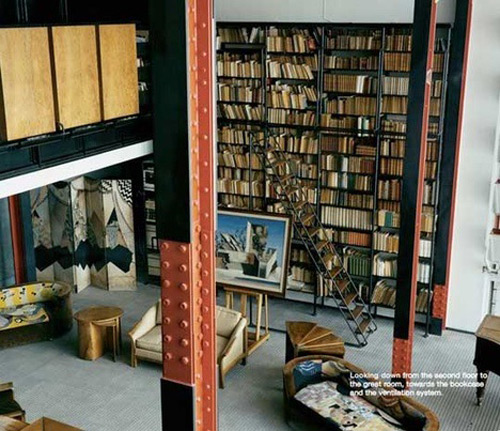 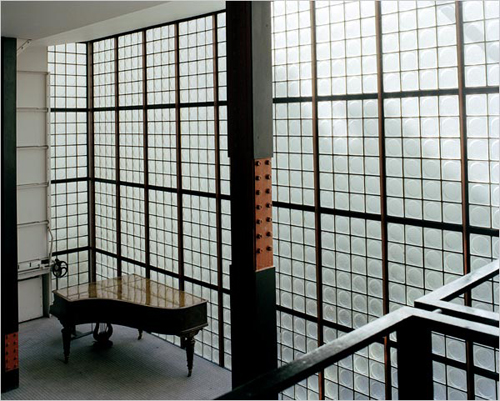 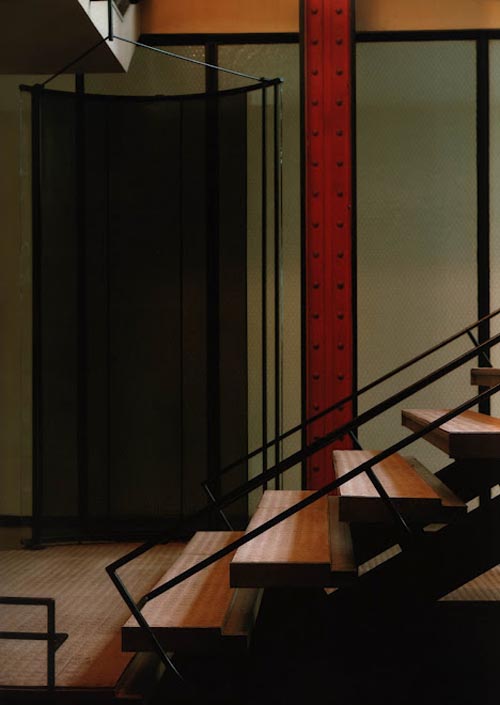 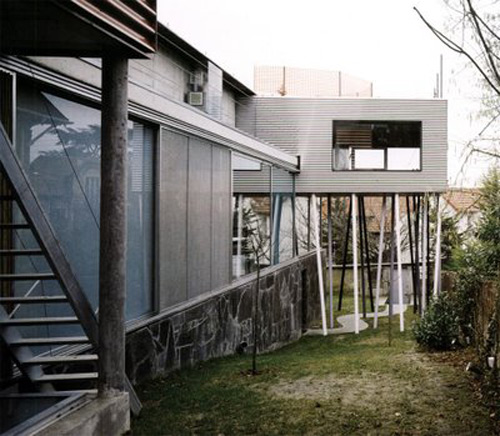 My favorite home is a home I’ve never visited. My favorite home has a name I can’t pronounce. Doesn’t matter. My favorite home kicks your favorite home’s ass. I love this house for all the usual architect-y reasons. (I suppose I have to, having never been there.) It poses a beautiful, fascinating and engaging problem: A husband wants a glass house, a wife wants a rooftop pool. It then provides a literal and irreverent solution. I love this house because of its form, its structure and its awesome use of a variety of materials. I love that not only is it made of glass and still features a rooftop pool, the pool is aligned with the Eiffel Tower. That’s awesome. I would hang out in that pool, and I can’t even swim. 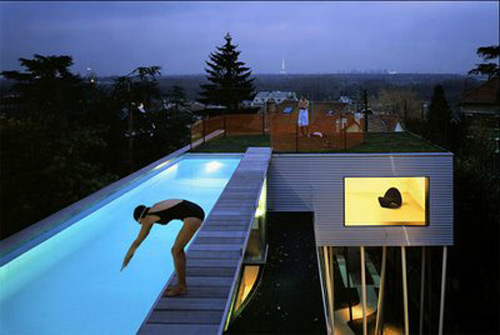 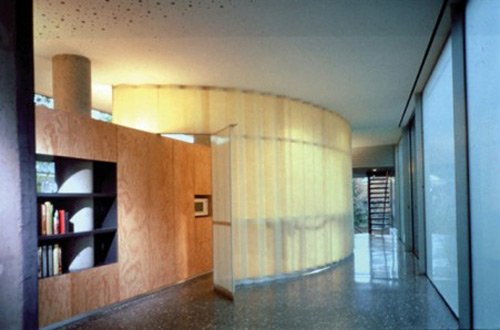 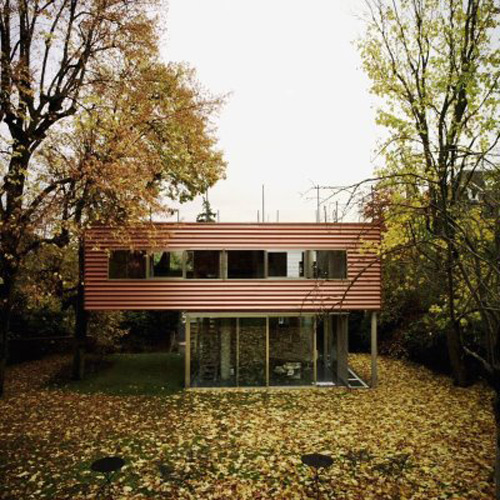 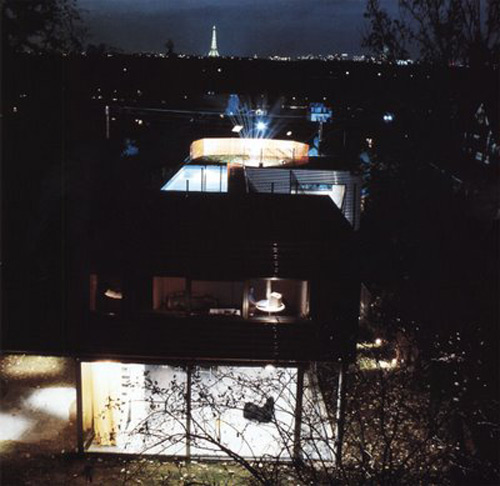 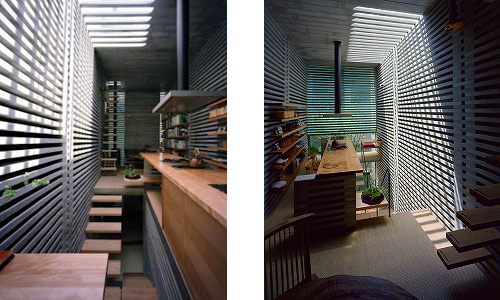 This house is very innovative in its use of a small footprint.  Having a footprint of only 355 square feet, each of the spaces stack vertically.  The walls consist of a slat system, allow various objects to “plug in” – stairs, cabinets, desk, etc. Although I think everything is fixed and can’t be interchanged, it gives off this illusion. The slats and skylight also create some interesting natural lighting conditions. It’s pretty rad. 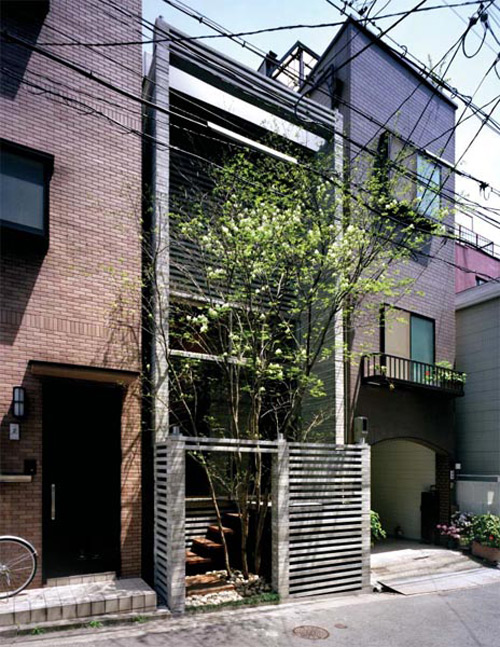 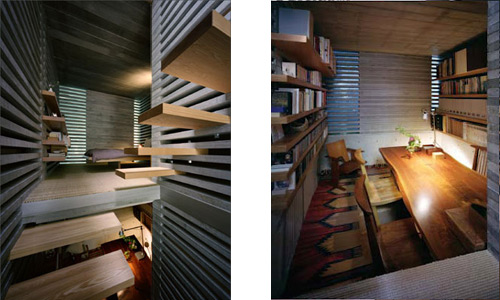 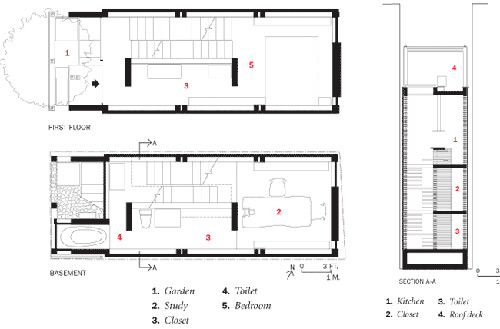 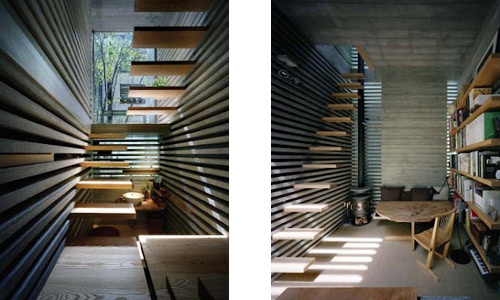 My favorite home is the one that makes whole lives better. 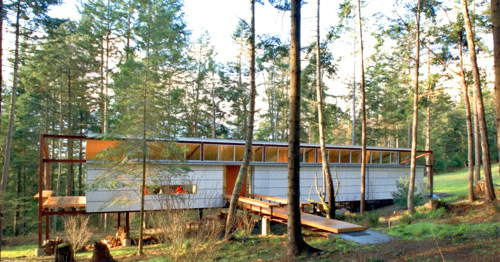 My favorite places are beyond the object of the house. More along the lines of the Third Place—Danish-style social spaces like cafes, bookstores, civic spaces—as opposed to First Place (home) and Second Place (school, work). The problem with some of the more celebrated houses among the design community is that they’re houses but not really homes.  I’d have to say my favorite home is the one that makes whole lives better. Gordon Walker’s Orcas Island House is architectural, stunning, and cozy. That place is dripping with sophistication and hyggelig. 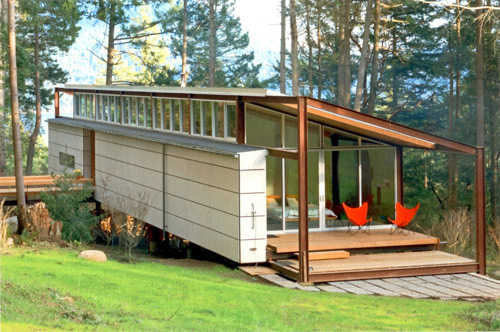 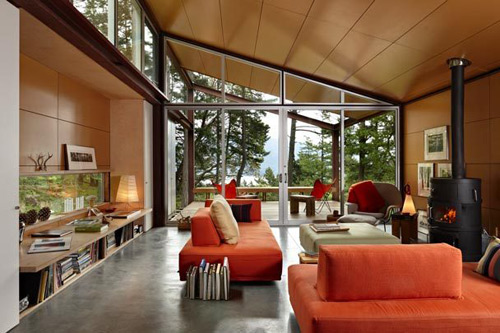 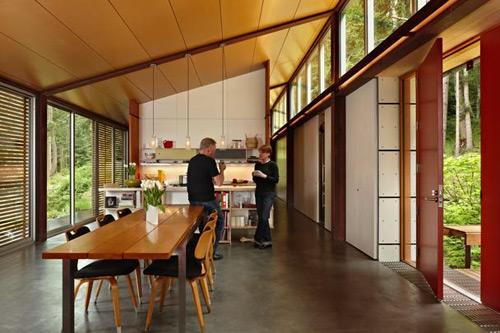 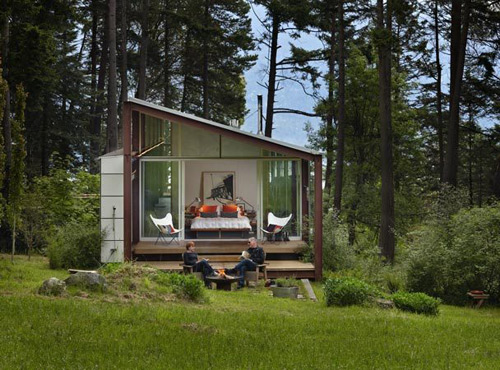 I have a soft spot for old buildings. And the color black. 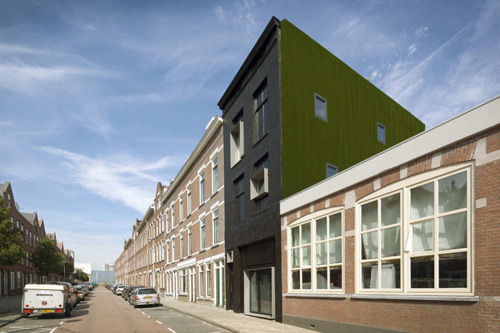 This is a fairly recent project that stopped me in my tracks on my daily browse through design blogs. I love coming across residential projects in dense, urban areas, and I have a soft spot for old buildings. And the color black. The Black Pearl House is an elegant example of a respectful, modern adaptation to a century-old structure. Renovated for a modern living and workshop space, it opens up the horizontal planes creating a fluid vertical volume, and making up for what it lacks in footprint. And a big must-have for any home, especially in the city: outdoor spaces, both at the ground level and rooftop. 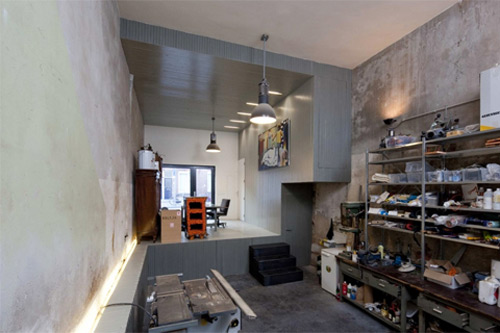 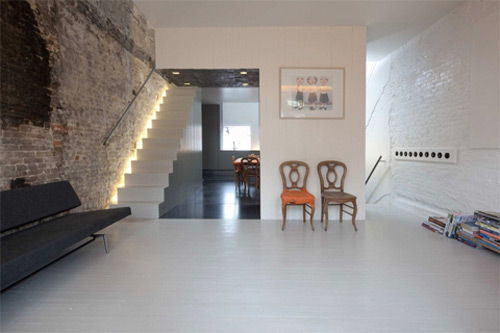 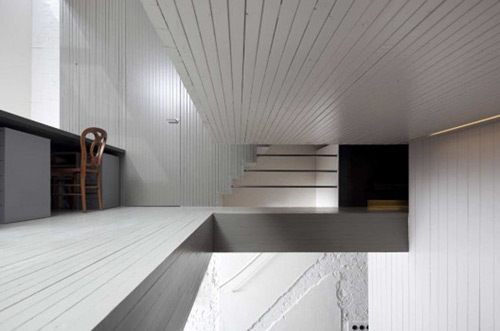 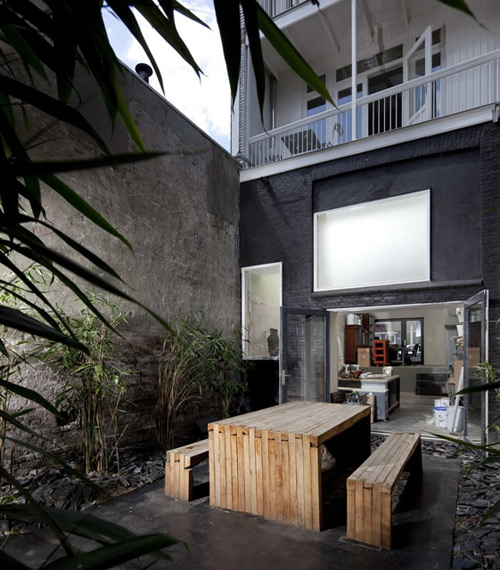 What makes your short list of favorite houses? Hit that comments button and let us know.