We spend a great deal of time searching on the internet and it’s always interesting when the research congeals into a series of stepping stones – leading us to data pockets that might not have been discovered otherwise.  Today’s post documents a recent web-trail and brings up some people and projects that were new to us. 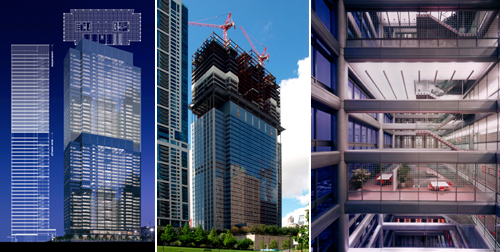 1. We started out with a recently completed building that our buddy Scott has been hard at work on; the 300 East Randolph building in Chicago.  Designed by Goettsch Partners, the structure is known for its innovative design and insightful approach.  The building was originally completed in 1997 with the infrastructure to allow a future addition and meet the needs of the growing company.  The company expanded as did the building and an additional 24 floors have recently been added.  The photographic timeline is a good watch along with the Chicago Tribune’s review of the building which quotes Goettsch as having long been influenced by the late Bruno Zevi.

2. A jump to Bruno Zevi revealed that he was an Italian theoretician who believed that “architecture is really about the enclosure of space, not the creation of objects.”  Zevi participated in the influential International Architecture Symposium “Man and Space” at the Vienna University of Technology in 1984, also attended by one of our favorite structural engineer/architects Frei Otto. 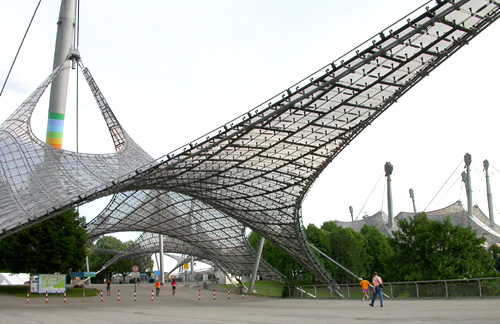 3. Frei Otto is said to be the world’s leading authority on lightweight tensile and membrane structures, and has pioneered advances in structural mathematics and civil engineering.  His designs are regarded to have been heavily influenced by Australian architect Barry Patten. 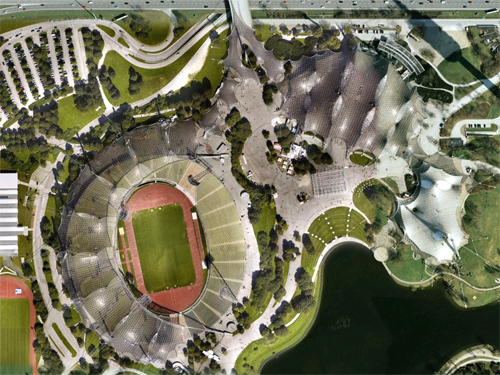 4. Barry Patten was entirely new to us; apparently he is known for the design of the Myer Music Bowl, an outdoor performance venue in Melbourne, Australia. 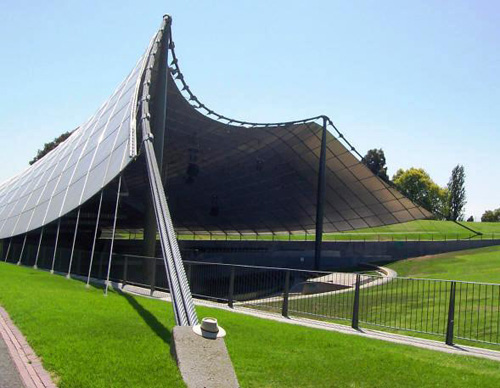 5. The Myer Music Bowl was commissioned by businessman and philanthropist, Sidney Myer, who was inspired after attending the Hollywood Bowl in Los Angeles. 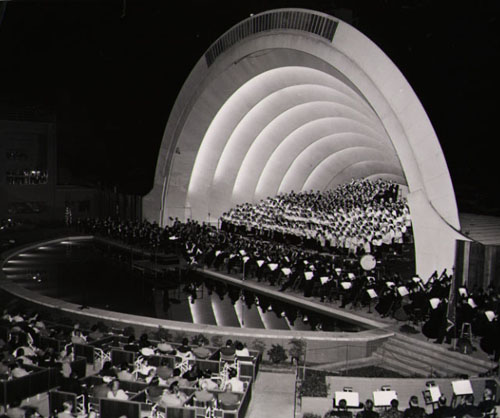 6. The Hollywood Bowl has most recently been re-architected by LA based hot-shots Hodgetts and Fung. 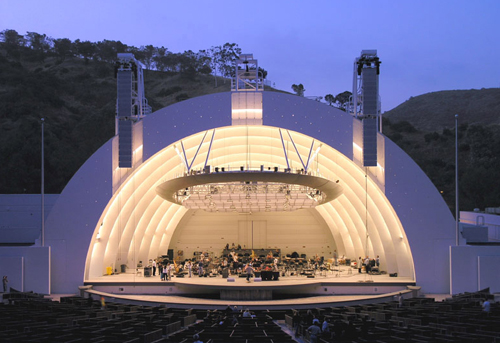 7. Prior to that, several architects have taken a crack at improvements to the Hollywood Bowl including Allied Architects, Lloyd Wright and Frank Gehry.  There’s a good history of the construction here.

8. Gehry is of course known for many high profile projects – one of the most prominent being the Pritzker Pavilion in Chicago which sits just out front of 300 East Randolph by Goettsch Partners. 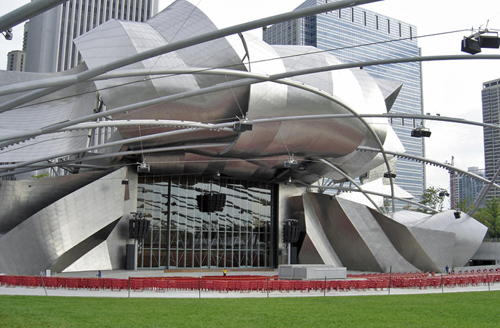 9. It’s always fun to cross reference people on the internet and see who relates and how.  In his book Master Architect Series: Goettsch Partners, author Jay Pridemore says this of Gehry and Goettsch:

“Genuine change in architecture does not usually arrive with the drama of a Brunelleschi dome, and rarely with the flourish of a Frank Gehry scherzo.  Change occurs ‘truly at the appointed time’ Wrote John Wellborn Root. ‘solely by those who, with the intelligence and soberness, are working out their ends with the best means at hand.’  Root rightly believed that architecture evolves by accretion and not in dazzling crescendos – evolution not revolution.  Thus we can watch the work of Goettsch Partners move forward in discernible steps.  With clear intention, the firm has evolved while keeping its hard focus on architecture’s moving targets, specifically the means of financing commercial structures and the methods of constructing them.” 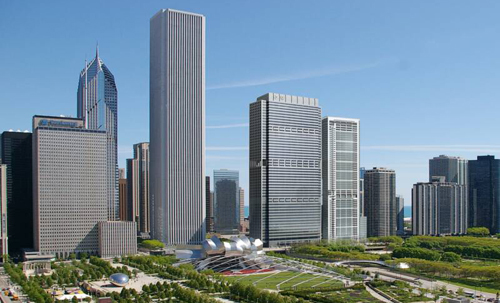 10. Which relates nicely to our recent BUILDblog post on the Pritzker Pavilion where which we throw some tomatoes at Gehry.  It’s always nice to bring things around full circle.

Posted in BUILD Out in the World