As architects here in Seattle, we think a great deal about what it means to be regional. For the last decade we’ve done all of our work in the Northwest and we believe that there is an appropriate way to design given the environment, the weather and the culture here. We’ve put together a list of attributes that work well in the Pacific Northwest – a kit of parts for Pacific Northwest Regional Design. This isn’t to suggest that you can just put these parts together and make a harmonious project – but at the same time, projects that lack these parts don’t seem complete here. Let us know what’s in your kit of parts…

Let nature be the ornament
There is a rich variety of colors and textures inherent to materials that are readily available in the Northwest. To us, there is nothing more beautiful than a smooth poured concrete wall, the tight grain of Douglas-Fir and the natural patina of steel all used in accordance with one another. When nature has already done the work, there is very little reason to cover it up. 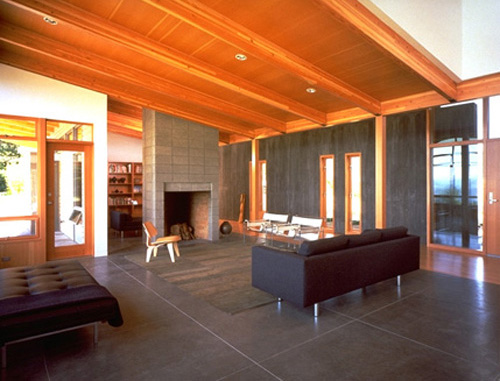 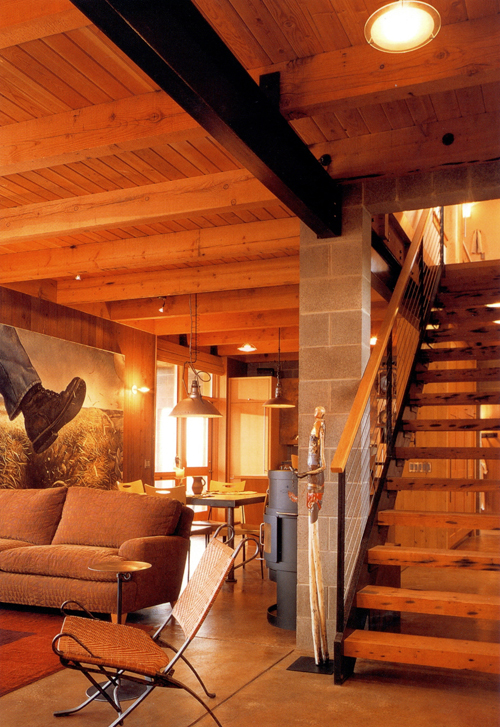 Allow weathering to be beautiful
No matter what the material, it’s going to weather in the Pacific Northwest. Ignoring the effects of weathering leads to projects that look neglected and unintentional. When the weathering is planned for and the process is acknowledged in the architecture, the weathering of a project can add an unparalleled beauty. 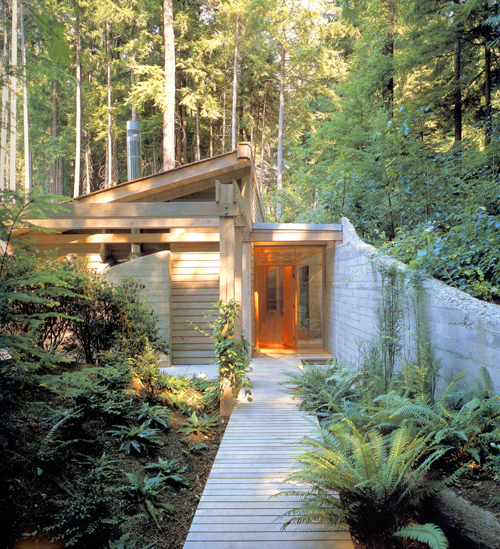 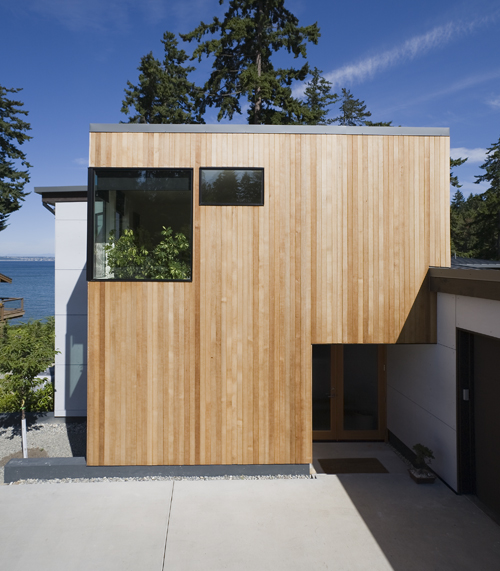 Create deep overhangs
It rains all the time here. There are months in the winter where we’re not sure if it’s ever not raining to some capacity.  Respect that and work with it. Long overhangs keep the rain off windows, doors and siding and allow the building to last longer. Overhangs also give a comfortable and warm feeling of shelter when executed correctly. 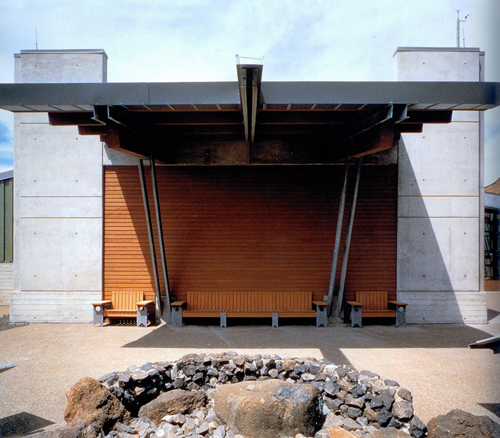 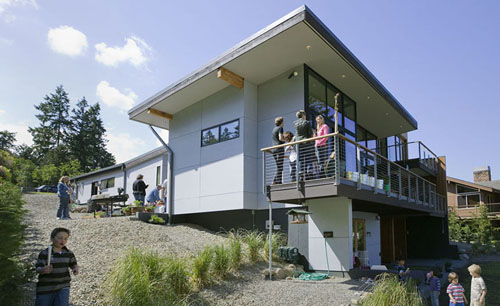 Use subtle colors
Let’s face it – it’s dark and drizzly in the Northwest for about 8 months out of the year. The Scandinavians learned to use subtle yellows and oranges in their architecture to compliment the gray skies. We would be wise to take note and start experimenting a bit with a more colorful palette. 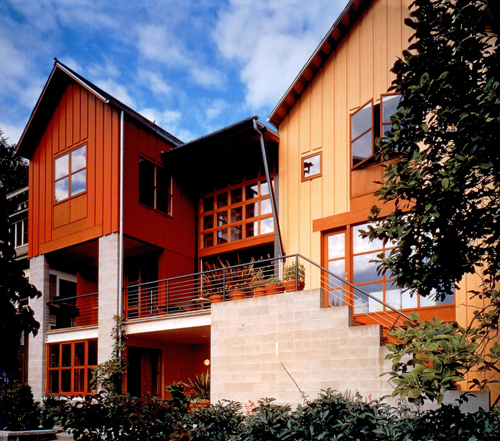 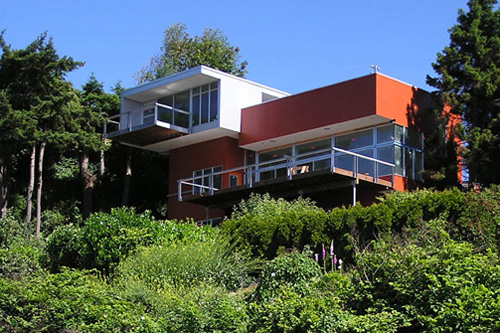 Lighting is important
Did we mention that it’s dark for about 8 months out of the year? Artificial light is very important here. 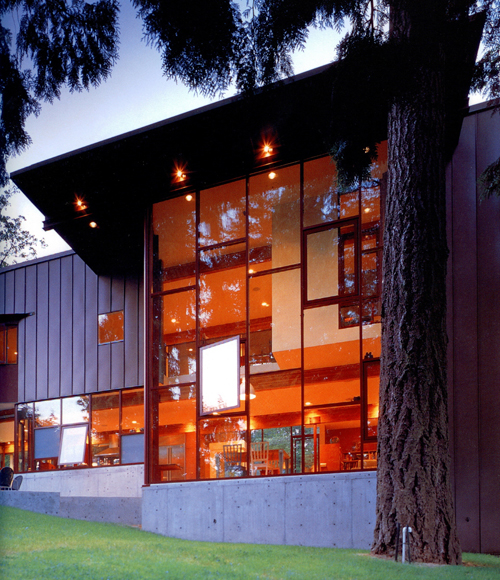 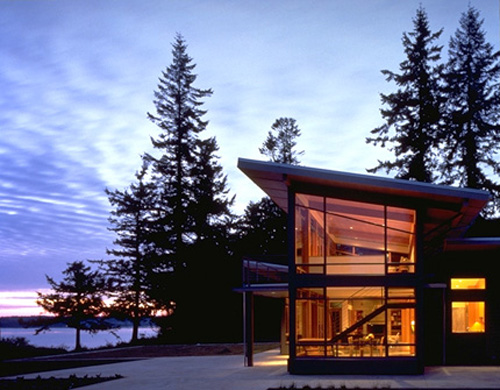 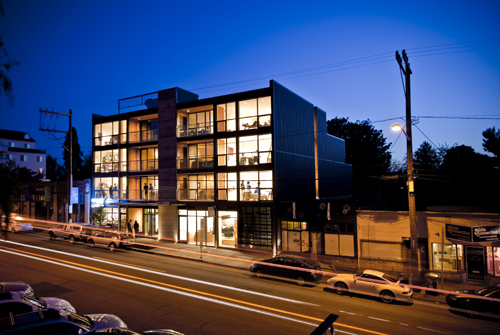 Floor to ceiling glass
Large walls of glass help us gather what light we can. In the best examples the “window” disappears and allows a clear view of the exterior. 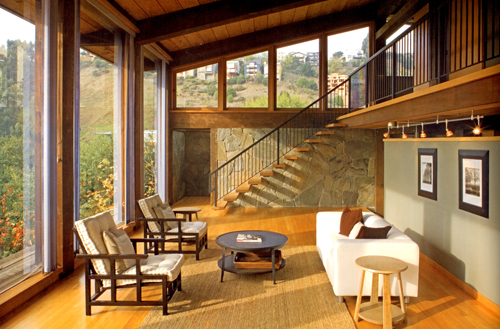 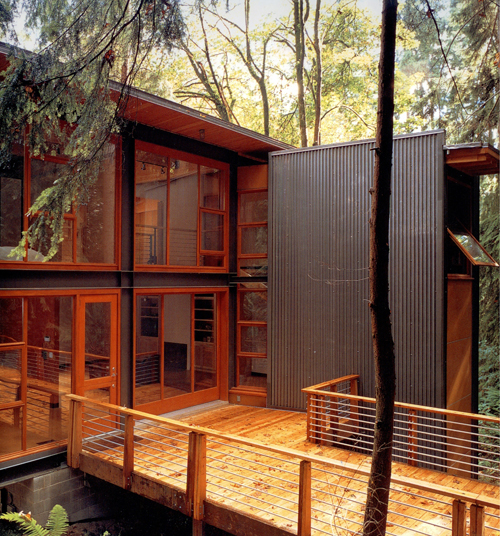 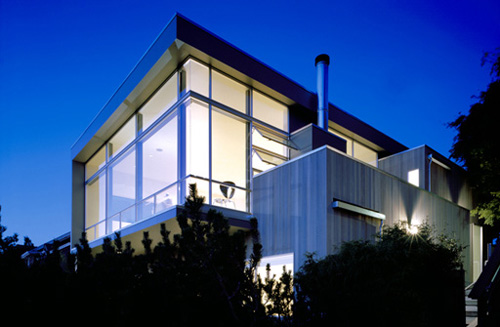 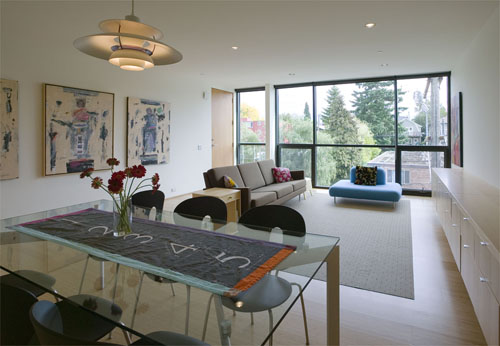 Relationship of inside and outside
During those 3 relatively warm months in the Northwest, we take full advantage of the outdoors. The ability to open up walls and combine the indoors with the outdoors makes for a quantum leap in enjoyment of spaces. 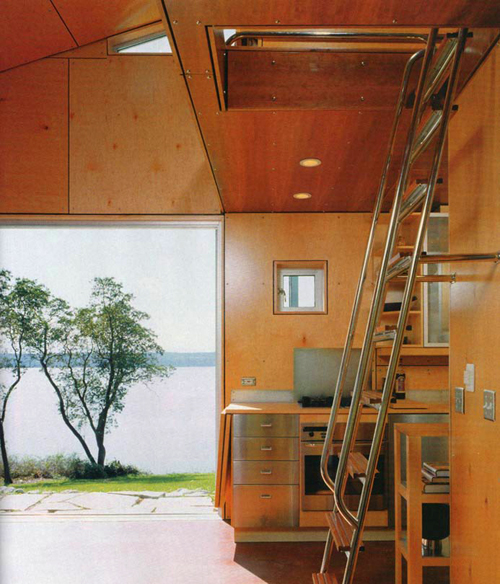 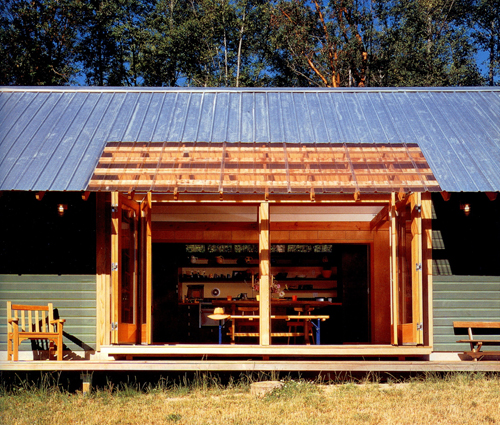 Allow the natural landscape to play a role in the architecture
In the Pacific Northwest, nature is going to work it’s way in, whether you want it to or not – it makes sense to be intentional about it. 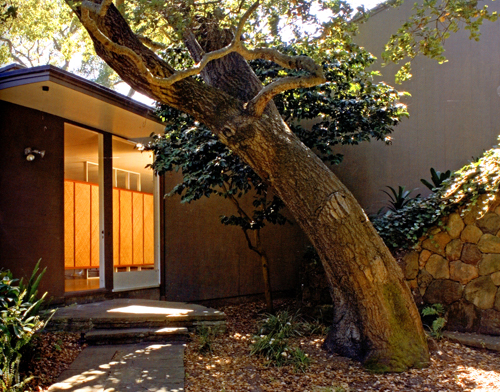 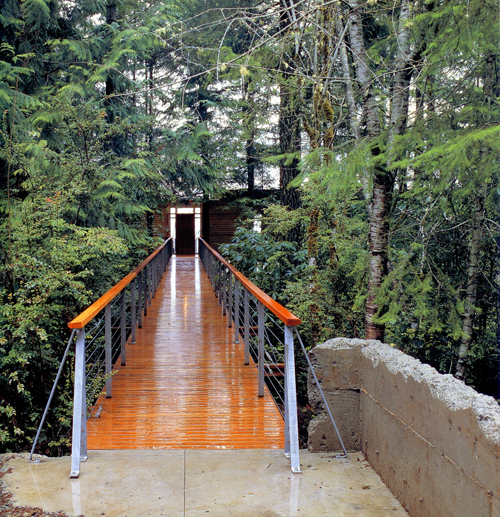 Let nature regulate shade and sun
When a trellis is cleverly situated it provides shade in the summer and sunlight in the winter. 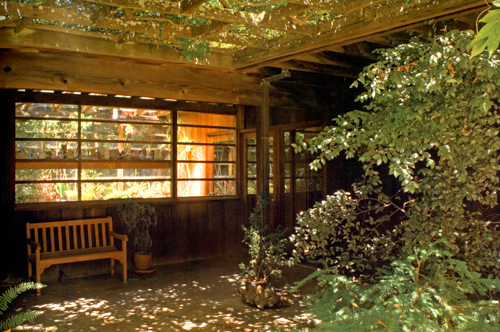 Use materials and trades from the area
With nearby lumber mills in the Cascades, an entire shipping industry in Ballard and a healthy manufacturing industry in South Seattle there is very little reason to go outside of the region for resources. 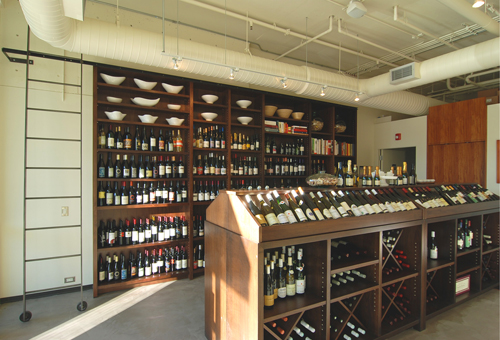 Build with methods and materials from our current time
Unless you’re drawing from Native American smoke houses – the northwest doesn’t have a substantial architectural history to derive from. Creating references to traditional architectures from the Midwest prairies, the East-coast or Europe is inauthentic. We have the rare opportunity in the northwest to create our own architectural path and there is no reason to ignore the innovations and knowledge of our current time. 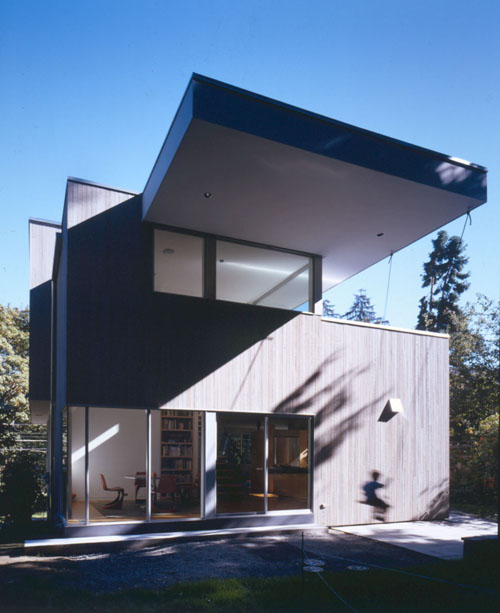 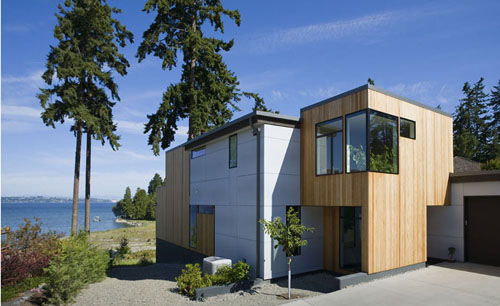 Design for flexibility
As a young city, our society is still evolving. Neighborhoods that were industrial 10 years ago are now some of the most enjoyable places to live. While we can’t predict what will become of architectures we can refrain from over personalizing them. 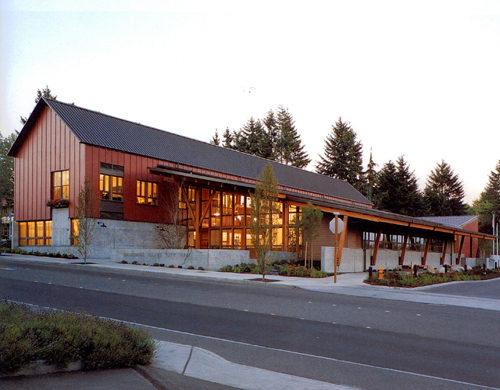 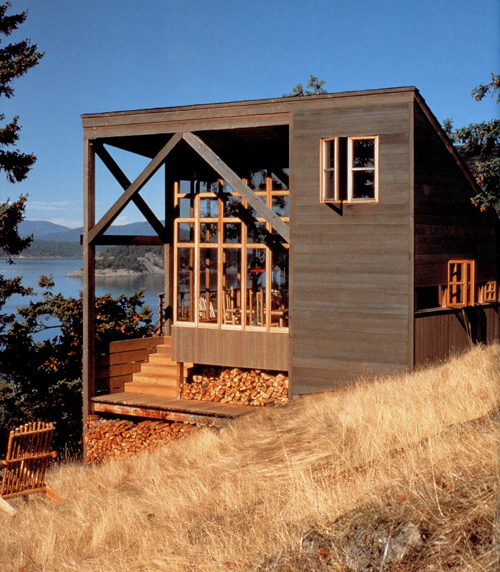 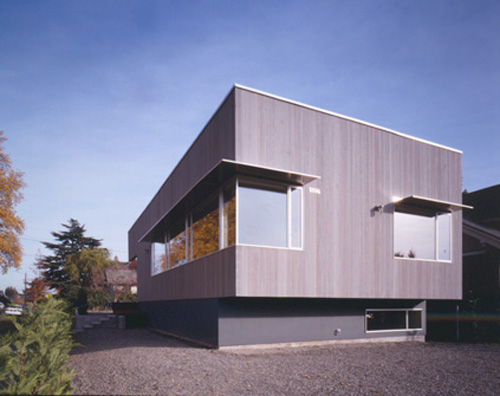 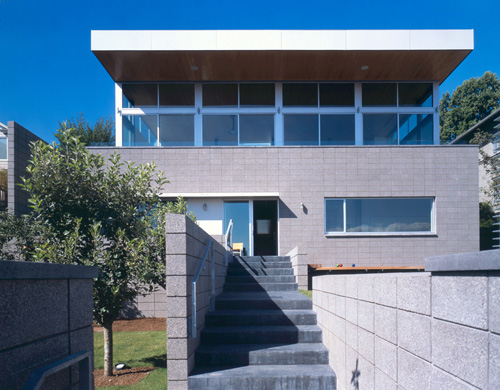