The Delight in Finding Extraordinary Design 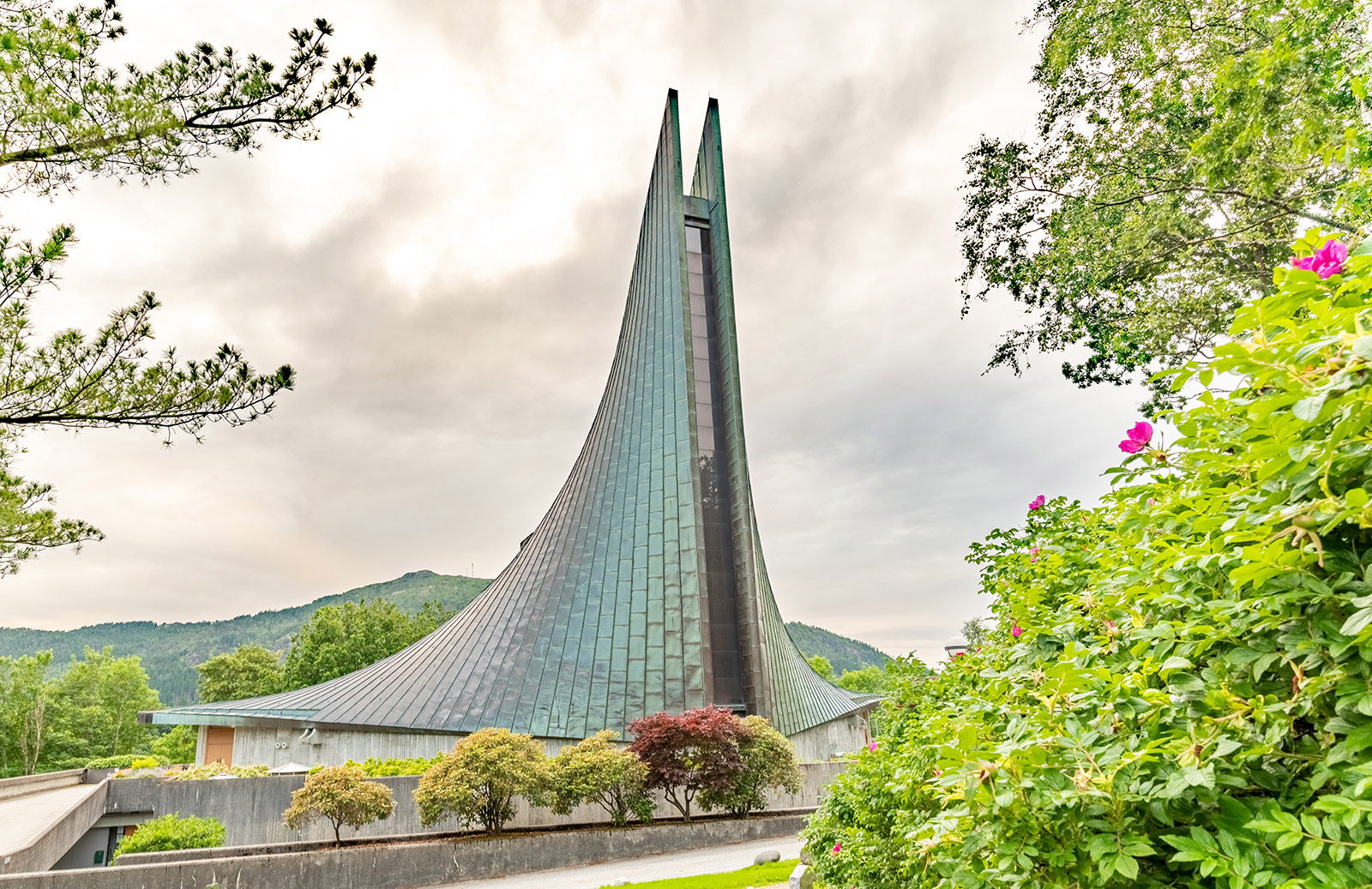 Like many design nerds, we plan our travel itineraries rather meticulously. We study up on the architecture, art, and exhibits that we intend to see long before we set out on our next adventure. Destinations are mapped, sights are ranked in terms of importance, and the significance of a particular building is weighed against the sightseeing tolerance of friends, family, and innocent bystanders. There’s exhilaration in the pursuit, and experiencing design in person at the 1:1 scale can be quite gratifying after having studied about it and planned for it. Architects keep long and esoteric lists of well-conceived design pilgrimages, which can include destinations as tucked away as the Schindler House in West Hollywood, to sites as remote as the Chapelle Notre-Dame du Haut in Ronchamp, France, or fortresses as far removed as the Alhambra in Spain’s southern Andalusia region. Even unfinished works have their own category of pilgrimage, which may include sites as grand as La Sagrada Familia in Barcelona, to roadside excursions like Arcosanti an hour north of Phoenix. Every calculated destination has its own wonder and sensation about it, but none, regardless of how grand, remote or elaborate can compare with the delight of stumbling upon unexpected and extraordinary design. 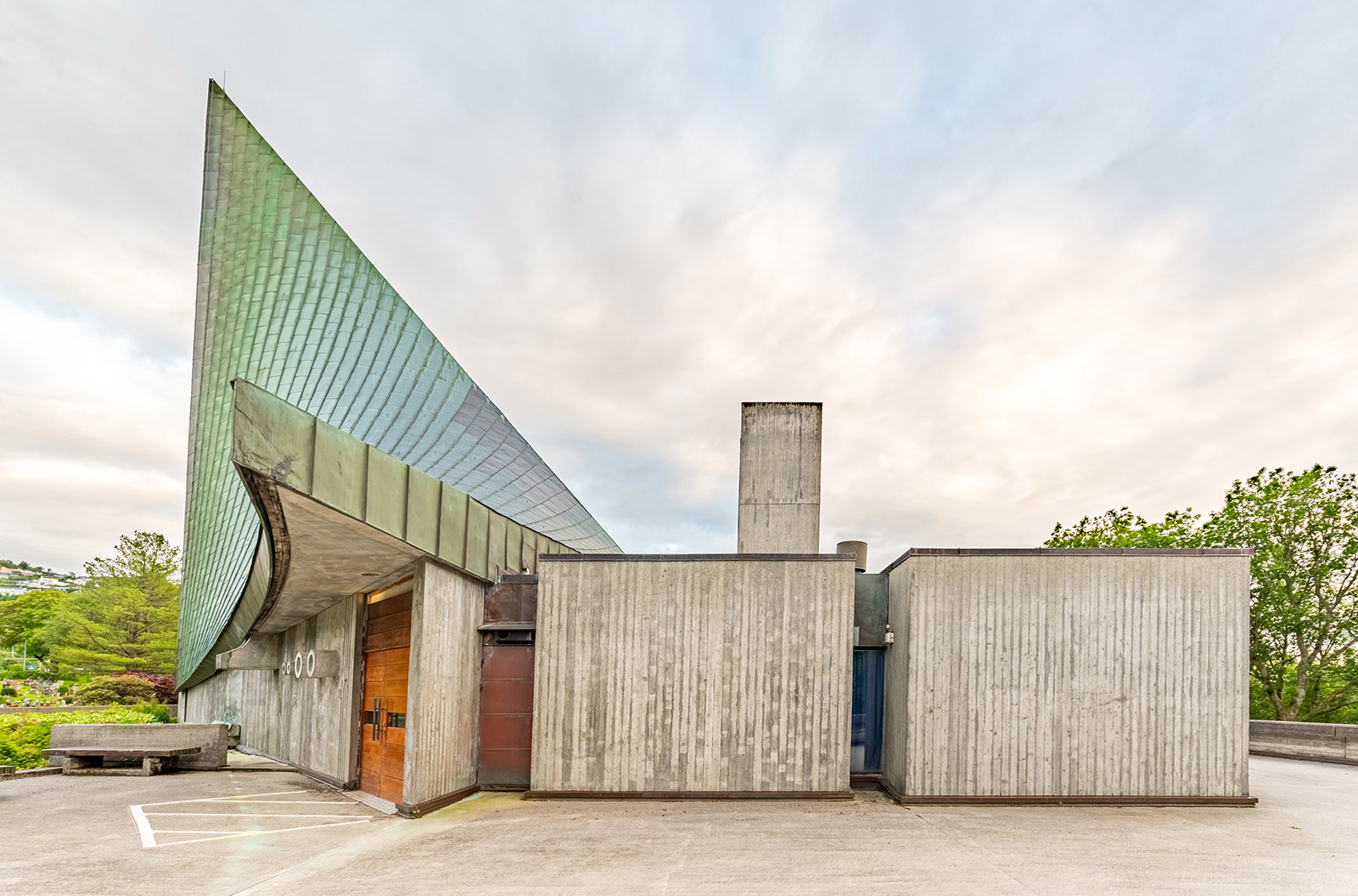 This delight snuck up on us recently during a stay in Bergen, Norway, when seemingly from nowhere the Slettebakken Church appeared during a light-rail trip through the Arstad borough. One could argue that architecture of this mastery should have been part of an architect’s education, or that we simply should have stumbled upon the church at some point in our hundreds of design books, but the fact is that it was the first we’d ever heard of this great work.

Slettebakken Church was designed by the Norwegian architect Tore Sveram and was completed in 1970. Little is known about Sveram, and the Slettebakken Church appears to be the only project of his that has been digitally documented. The church is cast in concrete on all sides and capped by a majestic and elegantly curved roof clad with standing seam copper. Inside, the building seats up to 600 people in a fan shaped arrangement shown in the plan drawings below.

As a work of architecture and a 3D object, it is one of the most considered buildings we’ve ever experienced. Every side was thoughtfully contemplated, drawn and constructed. There is no back side to this structure, as each elevation responds decisively to its position. 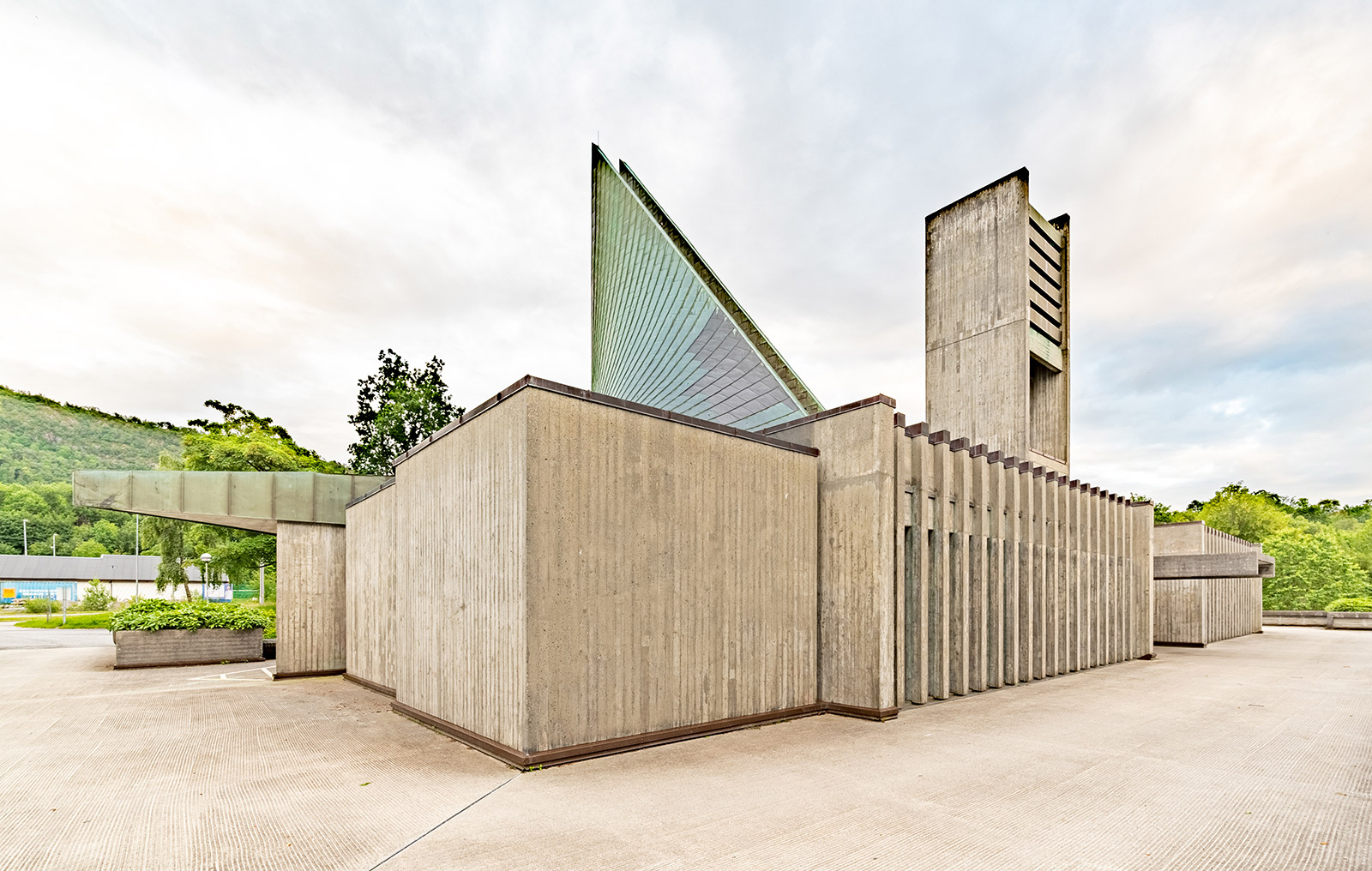 Experiencing the church from the outside feels more like circling a sculpture than walking around a building. It brings to mind the quote from Michelangelo that Every block of stone has a statue inside it and it is the task of the sculptor to discover it. The viewer is struck by Sveram’s ability to discover this wonderful sculpture within a block of concrete. 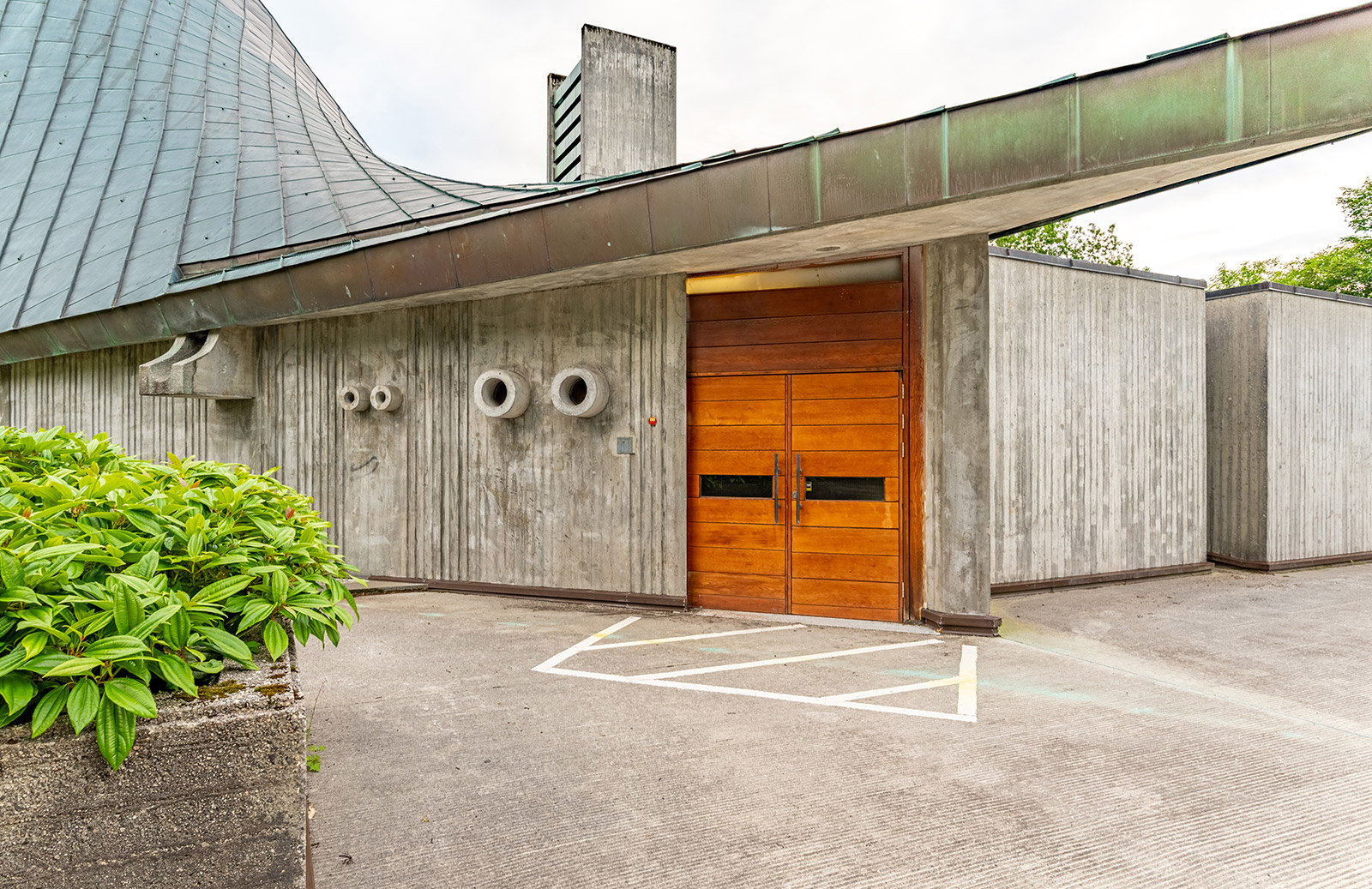 We also appreciated it’s lack of meticulousness. The concrete is rough and imperfect. There was no intent to achieve a level of Japanese concrete, too often fetishized by architects for its nearly impossible (and extremely expensive) level of perfection. The concrete work at the Slettebakken Church is crafted but not fussy. Similarly with the copper roof, the product is applied and crafted consistent with the characteristics of the material. Observed from below, the different orientations of the copper, by virtue of the curves, create distinct relationships between the copper and the weather, thereby producing slight variations in the color and texture of the roof. 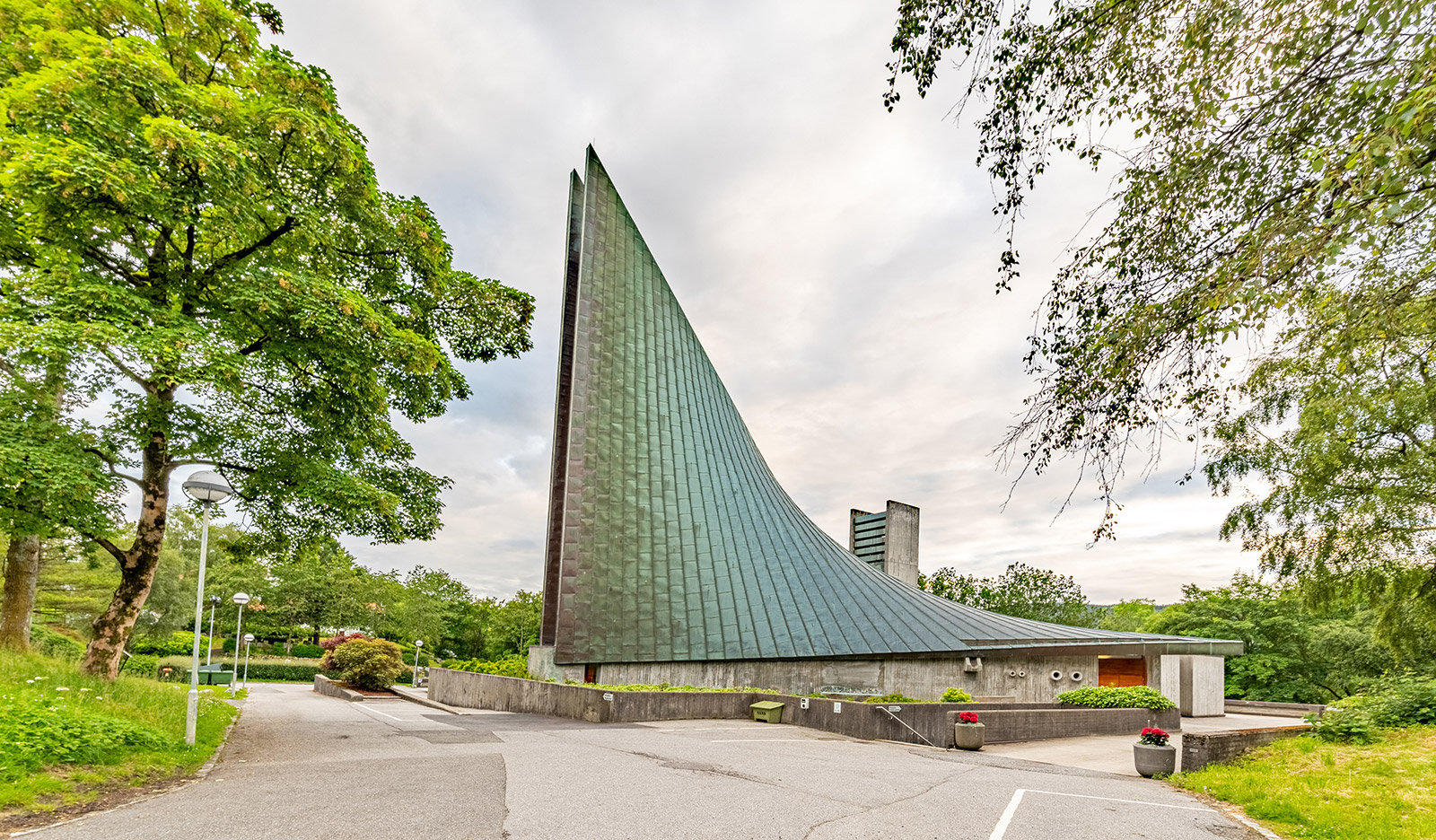 In the spirit of the wabi-sabi design philosophy, the building is perfectly imperfect, and we can’t imagine a better philosophy to embark on 2023. Happy 1st of January and we wish you the delight of unexpected and extraordinary design in this new year. 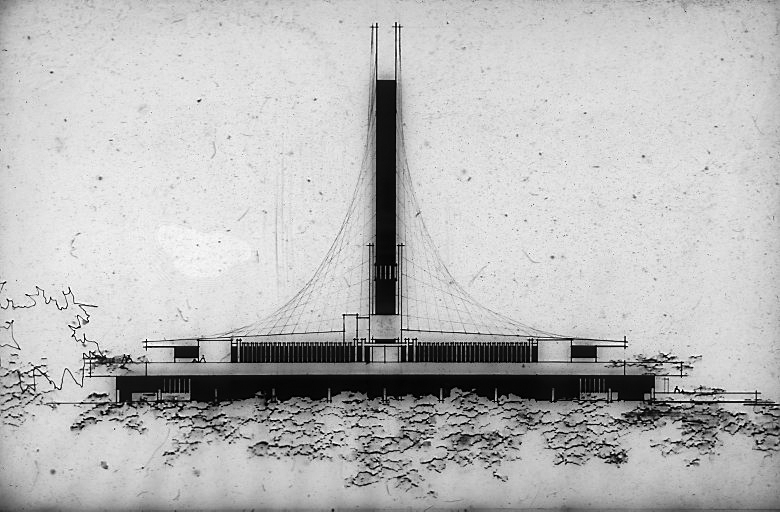