The Life and Death of Architecture in the Media

Over the last decade we’ve noticed a concerning and unmistakable trend in the media: the steadily shrinking thoughtful coverage of architecture in newspapers and magazines. This is disturbing because public discourse around the built-environment has never been more important as we struggle with social equity, affordability, density, and planning policies—at every scale. Cities are struggling to undo the effects of exclusionary zoning; the suburbs are challenged with the repercussions of their environmental footprint; and rural areas are struggling to develop future growth patterns based on sustainable and healthy practices. While the issues are wide ranging, each of these scales share similarities: from how zoning is being updated to allow more diversity, to the relationship between buildings and the public realm, to increasing the density of single-family residences. The root DNA of all of it is architecture.

Given the urgency of these factors, it would make sense that coverage of architecture should have been on the rise over the last decade. But the reality is on the contrary. In 2015, The New York Times discontinued its Home & Garden section and replaced it with Real Estate. This was discouraging because while buildings are technically discussed under the umbrella of property, the nature of real estate focuses more on the metrics behind the sales, further diminishing the dialogue on the merits of responsible design and thoughtful urban planning. The Times’ Style Magazine goes to the extreme opposite direction, waxing poetic about the parquet floors and marble fireplaces of 19th century Belgian mansions.

At a more regional level, here in the Pacific Northwest Seattle witnessed two serious blows to architectural coverage. In 2004, the Seattle P.I.’s failure to support their then architecture critic Sheri Olson, who challenged a building and an architecture firm in the spirit of aspiring to better urban design; Olson left and the P.I.’s coverage of architecture soon tapered off, and in 2009 the paper went to an online only format. Any mention of architecture in the P.I. these days is likely found under, you guessed it, the real estate section.

Concurrent with the P.I. blow, The Seattle Times asked their architecture contributor, Mark Hinshaw, to stop submitting articles, citing that they were moving to using staff writers for this coverage. The paper retired its architecture feature in 2020, and its weekly Northwest Living column in its Sunday Pacific NW Magazine supplement has disappeared. A small concession is that The Seattle Times continues to publish a fall and spring home design issue.

The downward trend of architectural coverage is even apparent in college alumni magazines, typically published quarterly. A recent survey of magazines from the BUILD team’s alma maters revealed a depressing lack of reporting from each school’s architecture department. There are plenty of articles on the sciences, agricultural studies, the law school, and of course, athletics, but when it comes to news from the architecture department, mum’s the word.

All this is to say that the decreasing frequency of architectural coverage in the media is not situational or accidental—it is, rather, a deliberate and decided movement. This doesn’t bode well for architects, the architecture profession, or the public at large. Social discourse about architecture and urbanism, and even a civilized critique when justified, is healthy for society—it keeps the profession and the governing jurisdictions accountable and in-check. Such coverage keeps the public abreast of everything from urban planning policy and architectural innovations, to evolutions in materials and sustainable construction practices. In a nutshell, it’s media coverage that matters to global sustainability and the health of our built environments.

Along these lines, in 2004, after the P.I. and Times debacles, Seattle’s local design magazine, ARCADE, published an article “On Architectural Criticism”; they invited a number of architecture and design writers and critics to assess the state of these subjects in popular media. One contributor, the great Michael Sorkin stated: “The most important single task for architectural criticism is to rise in defense of public space. Threatened by the repressive sameness of global culture, contracted by breakneck privatization, devalued by contempt for public institutions, and victimized by the loss of habits of sociability, the physical arena of collective interaction — streets, squares, parks, and plazas of a city — are, in their free accessibility, the guarantors of democracy.”

There are likely a handful of causes behind this movement, but two in particular seem worthy of evaluation. The first is the architecture profession itself. Architects have turned the practice of putting materials together to keep the heat in and the rain out into an esoteric and theoretical art form that the public can’t understand, or worse yet, doesn’t want to. Thanks to a deep history of academic theory, archi-speak, and arcane manifestos, the architecture profession has become unapproachable, guarded, and frankly elitist—at a time when we need people to understand, appreciate, and bolster architecture and urbanism more than ever. We applaud the architects who approach design and communication in a down-to-earth manner that people can understand and take action on. We need more of you. When the architecture profession gets both feet back on the ground and starts discussing things that matter to people, publications may start covering it again.

In the same ARCADE article, Mitchell Schwarzer opined that because architecture is not wedded to consumerism, unlike other arts, this explains its dwindling presence in media. Schwarzer stated: “What about architecture? Where is the consumer-oriented coverage of new building? Where are the related advertisements? What would the ads even consist of? Paradoxically, the most expensive of the arts to be realized in finished form is the most invisible in the newspaper.”

The second culprit may very well be social media, and we’re just as guilty as anyone. Through shear convenience and the joy of the next dopamine hit, social media has turned architecture into a means of sensation. The cheap thrill of dolling out little hearts to an infinite scroll of racy design images has pulled a clever and calculated switcheroo on the conventional design article. There’s simply not enough time or bandwidth in the day to read about design and digest the ideas—after all, it’s Tuesday morning and with Instagram traffic peaking, those photos need to be edited into something sensational for the world to react to.

We’d be foolish to suggest abandoning social media—it’s too embedded, too established, and too necessary a form of communication for most. What we propose, though, is a reversal of priorities. Automate the social medias and optimize the energy put into them. Like everything, there’s a return on investment that allows users to continue broadcasting and remaining relevant without burning up hours of valuable time that should be spent absorbing real architecture, and thinking about design issues that are proximate. It’s a matter of putting the fluff in a box (the 20 overly photoshopped images of freestanding bathtubs in sparsely furnished master bathrooms overlooking Central Park), and creating time for the mindfulness necessary for understanding the environments that shape and support our lives. 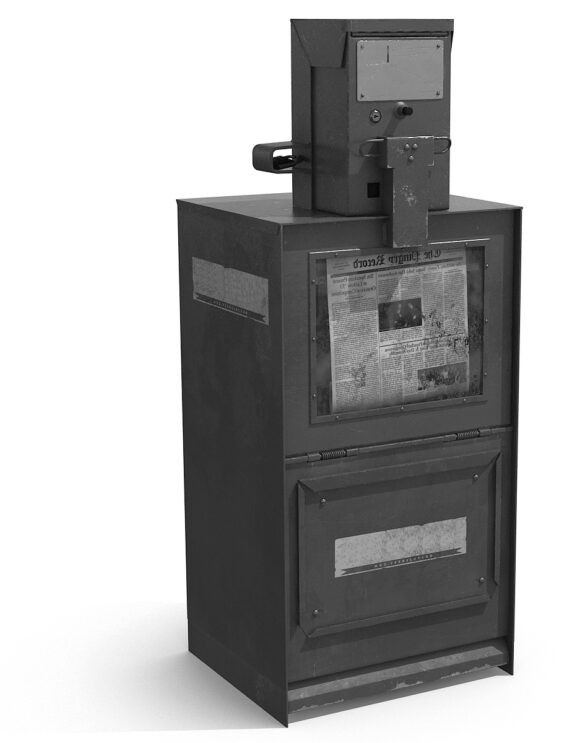