Unraveling the Methods of Design & Construction; An Interview with Nader Tehrani, NADAAA

Ten years ago we sat down for a conversation with practitioner and academic Nader Tehrani, who practices in Boston and he teaches in Manhattan. Working on interdisciplinary platforms, Nader Tehrani’s research has focused on the transformation of the building industry, innovative material applications, and the development of new means and methods of construction. As the founding principal of office NADAAA, Tehrani’s work has received many prestigious awards, such as the Cooper Hewitt National Design Award in Architecture. Tehrani is currently the dean of the Irwin S. Chanin School of Architecture at The Cooper Union [note that he was with MIT when this conversation originally took place]. We hope you enjoy this article from the archives.

You are the son of an Iranian diplomat, born in England and raised in Pakistan, South Africa, Iran, Italy and finally the United States, where you were educated at RISD and Harvard. Do you consider yourself to be a globally conscious architect?
The diversity of my background invariably defines me, but as an architect, I think one is defined by an intellectual pedigree altogether distinct from one’s personal background. In my case, the RISD years provided me with a series of debates, references, and cultural agendas that rode above my personal biography—or maybe they offered a lens of visual and disciplinary terms through which I could reread my own background in broader terms than I could have previously.

What do you consider to be the primary architectural challenges that we face in the United States?
The 70s and 80s brought back an appreciation of history, cultural lineage, and precedence that expanded the perspective of design at the time, but also during this period the relationship between architecture as a discipline and building as a practice was often ignored. Architectural training broke the link between design and construction processes. To exacerbate this, the way in which AIA contracts are currently drafted in the US has further amplified this disconnect, creating an innate adversarial relationship between architects, contractors and clients.

NADAAA’s practice (then under my founding name of Office dA) emerged during a significant shift. The economic crisis of the 80s led the architectural practice to rethink itself, and our approach involved a ground-up reworking of the design process to include thinking through methods of fabrication as a design imperative and necessary preamble. This involved investing research into the means and methods of production at a time when they were under the sole purview of the builder and contractor.

One of the principles your firm NADAAA is dedicated to is the transformation of the building industry. What are your concerns with the building industry as it currently exists?
From our point of view, the separation of drawing from building and the builder’s singular control over fabrication are both problematic. They ensure an unnecessary and unhelpful gap between design and construction.

The work we’re doing at NADAAA unravels the practices of architecture and building and realigns them. We often seek out subcontractors and those in building trades to ask them what they do, how they do it, and learn everything we can about their methods; we reinterpret their abilities as our launching point. We will often radicalize what they already know or alter one element of what they do toward different ends, but we operate within their area of expertise, expanding their domain. This leads to a mutual back-and-forth in which we work and learn together.

This method of working becomes all the more important in an international practice doing business with countries that have fundamentally different building practices. We have worked in Australia, China and South Korea, which are all vastly different cultures, and we had to tap into their ways of working and communicating. For example, China and Korea are remarkably swift in their schedules of design and fabrication, leaving little time for design development. For this reason, one has to be extraordinarily rigorous in the selection of agendas and editing ideas. In turn, both countries can often build complex details that would be unaffordable in the US given the standardization of the industry here. At the same time, quality control over details remain a huge hurdle because the status of contract documents do not have the same gravity as they do in the US—all of which makes us more selective about what to design and what to control. 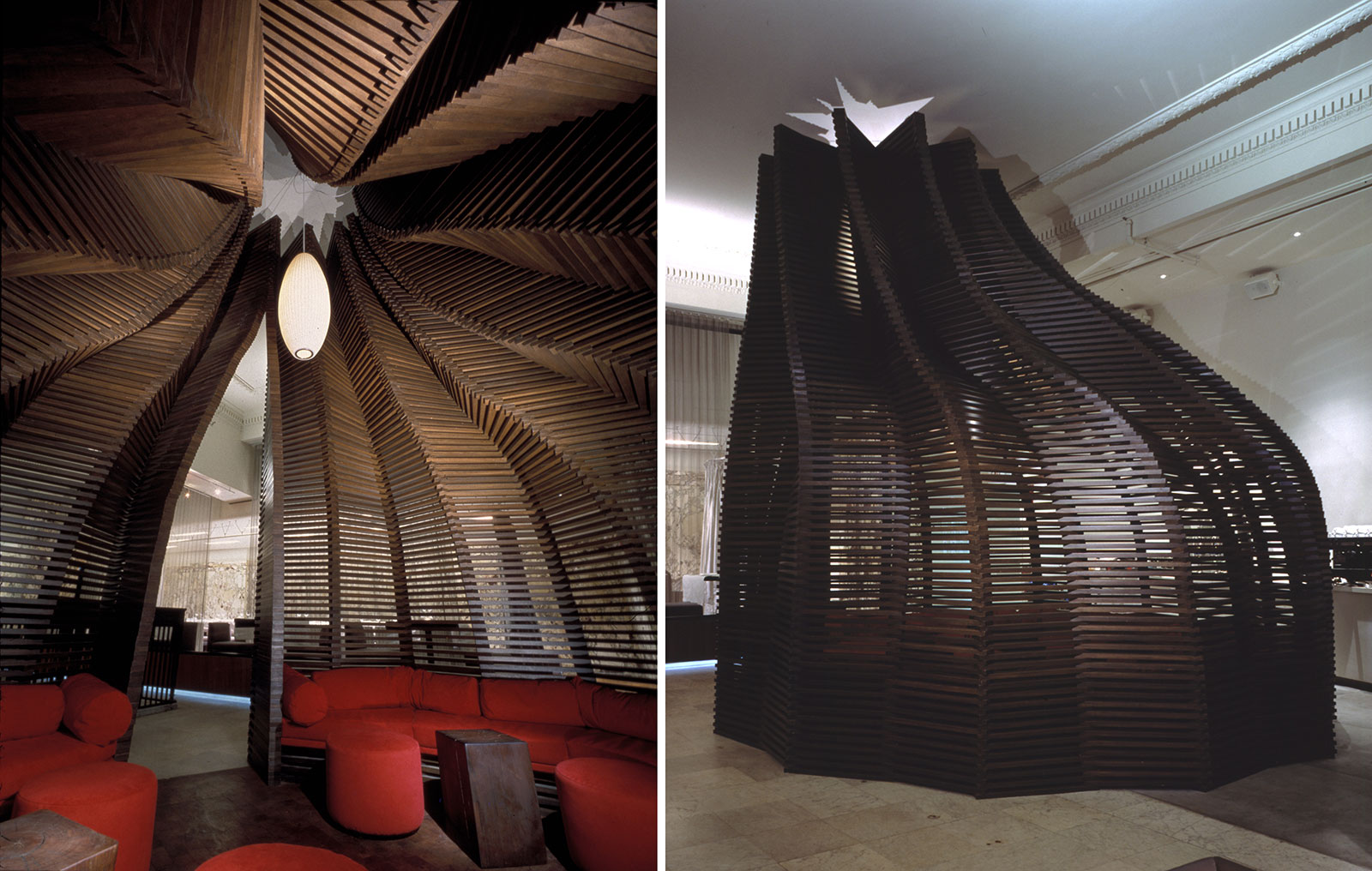 The cultivation of new means and methods of fabrication is also a priority of yours. What have you found regarding the relationship between the architect’s vision and the architect’s tools—the things that make the thing? Does one lead the other?
There’s a fallacy out there that I want to dispel: that in order to be a good architect, you have to have had the on-site experience of “building with your own hands.” As architects, I think it’s our job to learn how things are built and constructed, to learn what the trades have to do in order to build something. But having a comprehensive knowledge of construction isn’t dependent on site experience, but rather an ability to reinterpret conventions, to be able to imagine strategic alternatives to the norm, and to understand avenues to reconfigure the elements of everyday building.

An example of this is the wood dome that we designed for the interior of Mantra Restaurant in Boston. We were not experts in pricing, but the numbers we received back from the contractor instinctively felt too high. As an alternative, we took on the exercise of determining the cost and time required to build the dome ourselves. We sat down and calculated how many sheets of plywood we would need to have cut, how long it would take to build each layer of wood, and what the labor costs would be per hour. We came up with a cost that was a fraction of the contractor’s price—approximately one sixth of the cost, including profit.

When it comes to the unfamiliar, builders will either grossly overprice projects, or price them so they’re unbuildable. In these cases, architects have to find another way to get things done. Our in-house pricing exercise gave us a system to transform the contractor’s thinking and the math to properly calibrate the price.

We don’t intend to run through a study like this on every project, nor do we intend to marginalize the building trades. We’ve simply found that in order to innovate, one must find new ways of doing things that haven’t been done before. Pricing exercises, installation and material studies have all played an important role for us in terms of developing design tools.

Another important strategy is bringing consultants and engineers on board early in the design process. The various systems that are part of their disciplines influence the direction of a project in critical ways, and their incorporation makes for a smarter design process, less value engineering and the possibility of a thoroughly integrated project.

The projects you take on seem to focus less on any particular project type and more on the methods of design and construction. In terms of the market place, has it been challenging not specializing in particular types of architecture?
Honestly, I don’t know. We have become experts on little things and have accumulated skill working at a variety of scales. We learn everything we can on each project, and I think our clients benefit from that. All scales of design interest us, from a chair to a slice of the city, and this curiosity has led to the knowledge and experience that allows us to take on a diversity of project types. 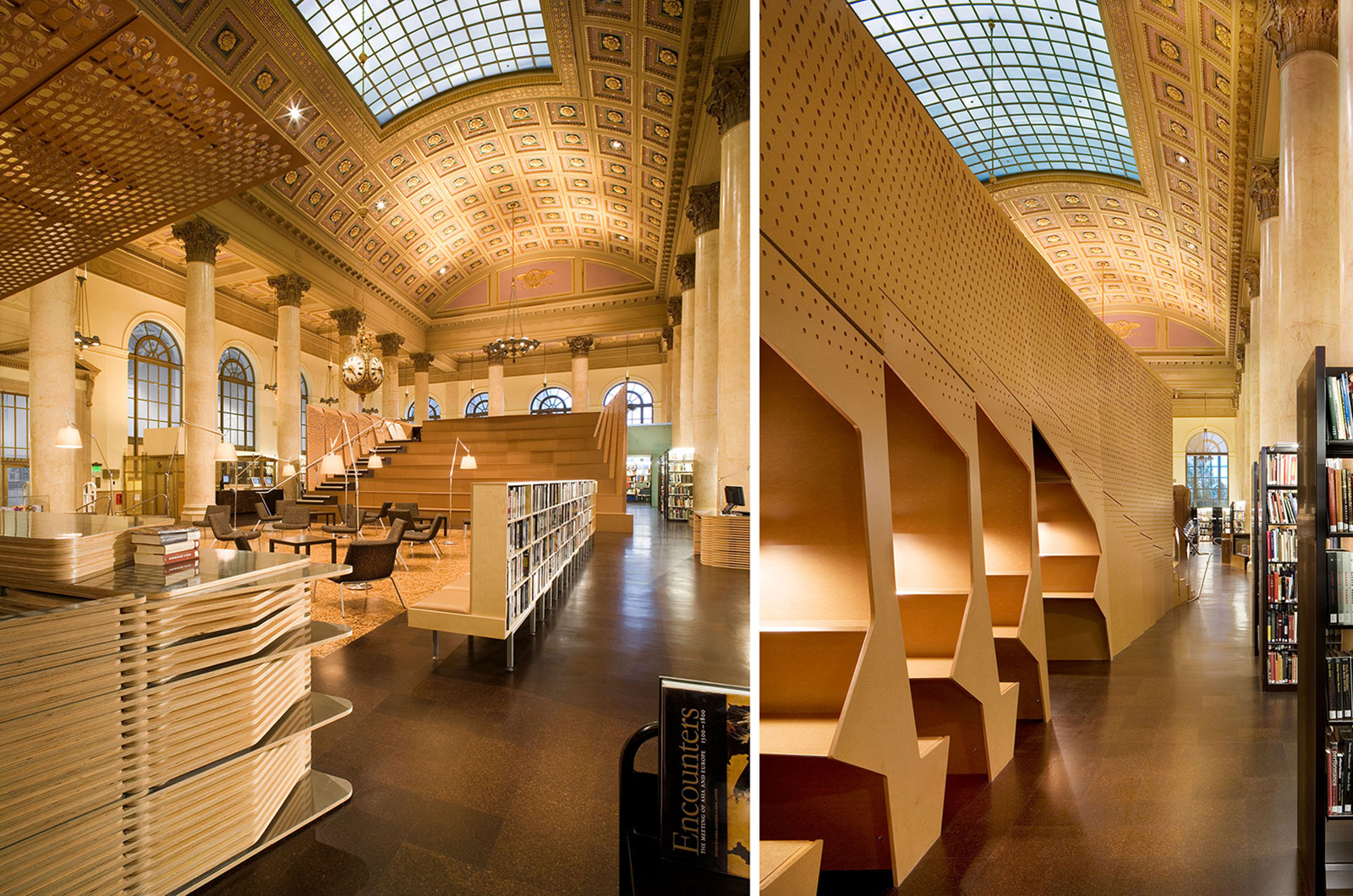 Larger projects like the Macallen Building Condominiums in Boston must require a high level of diplomacy. How are you able to balance the process of architecture with that of public approval?
Many political moves occur on a project of this size and complexity, simply in order to allow each community and group to have a voice. There are multiple meetings, extensive presentations, and subsequently things are compromised. Sometimes this is less an architectural problem and more related to business. But it is all relevant to the project.

Interestingly, the original zoning for the Macallen site made it implausible to build anything of consequence there—both architecturally and commercially. The site was an industrial area near a railroad line, and it wasn’t originally seen as buildable—fortunately, the developer saw the potential of the site. It needed to be rezoned from scratch, and it was our initial analysis that set the terms for the new zoning rules.

The resulting design solution, which offers public space, on-street retail, expanded green areas and a plaza, was made possible by our zoning studies and has become an amenity for the neighborhood, producing better urbanism and extending the city’s fabric in an important way. 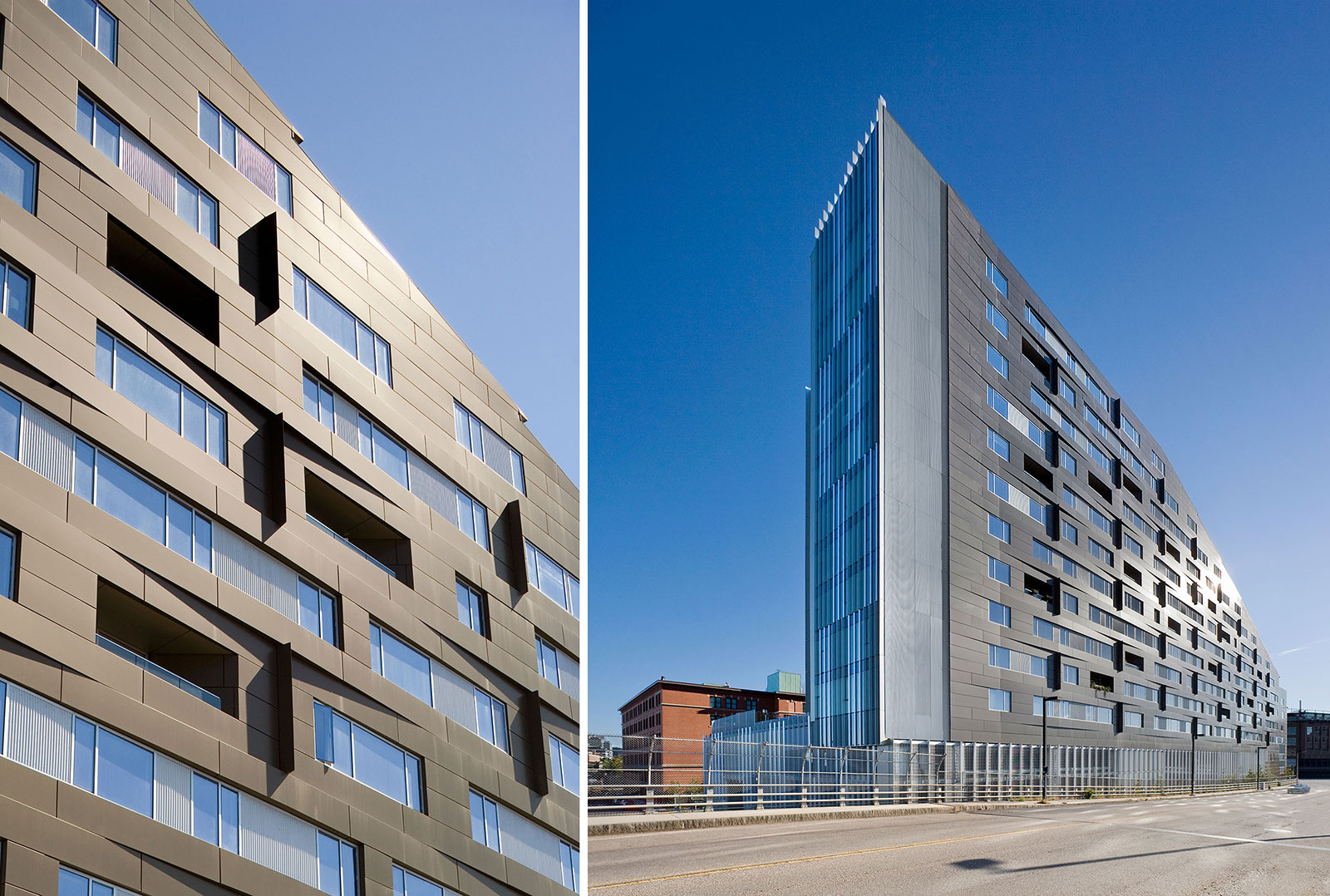 In your work with students you’ve discussed the importance of “unlearning.” In what areas of the profession could architects most benefit from this idea?
As designers, we are all the products of education systems that come from very specific mindsets—much of which are valuable. At the same time, as culture changes, as the industry transforms, as new drawing software is developed, much of our skill sets are led to obsolescence. For this reason, unlearning is an important factor—to unburden ourselves of bad habits, arbitrary conventions and outmoded techniques. Part of learning requires the ability to think through problems in new ways, and not be constantly weighed down by what one already knows.

With the practice of architecture evolving so thoroughly, how are you preparing students for a future profession that we don’t yet know?
The curriculum at MIT is teaching students how to think critically; our core exercises are focused on a series of architectural riddles that aim to prepare the students intellectually, to make them think and invent alternatives. Knowing that what they learn now will become fundamentally different within a few years, their education includes a set of intellectual exercises that teach resilience toward change.

Nader Tehrani is an Iranian-American designer and educator. In 1986 he founded Office dA and in 2011 he founded NADAAA—a practice dedicated to the advancement of design innovation, interdisciplinary collaboration, and an intensive dialogue with the construction industry. Tehrani is currently the Dean of the Cooper Union’s Irwin S. Chanin School of Architecture and was previously a professor of architecture at the MIT School of Architecture and Planning where he served as Head of the Department from 2010 to 2014.