The Hidden Gems of Washington Architecture 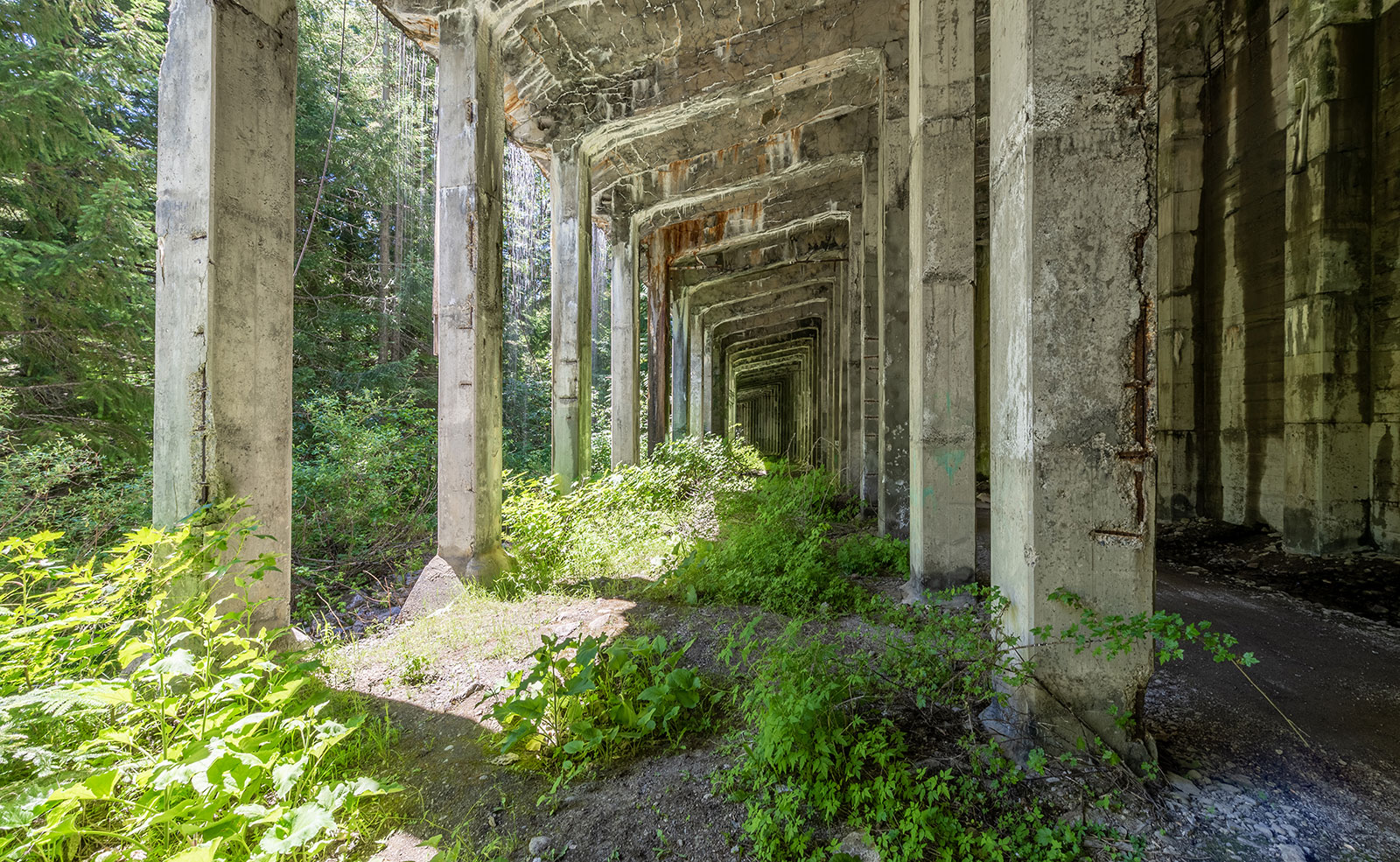 After a long, pandemic-mandated year of being pent up at home, we decided to spend this past summer getting out. Getting out of the house, out of the city, and out of the news cycle. It was a wonderful time filled with fresh air, nature, and the open road. We revisited many favorite destinations and added some new gems to our list—places that make the Great Pacific Northwest what it is. While our travels took us all over the state, the twelve destinations in today’s article are a special mix; they are examples of architecture that have been carefully situated within significant natural environments; and they speak to the mastery of siting, thoughtful design, and the oft brute force required when building in the wild. This is just our list. If you live in the Pacific Northwest or have visited, you likely have your own favorite hidden gems—the comment section is open for this article, so please tell us all about them. 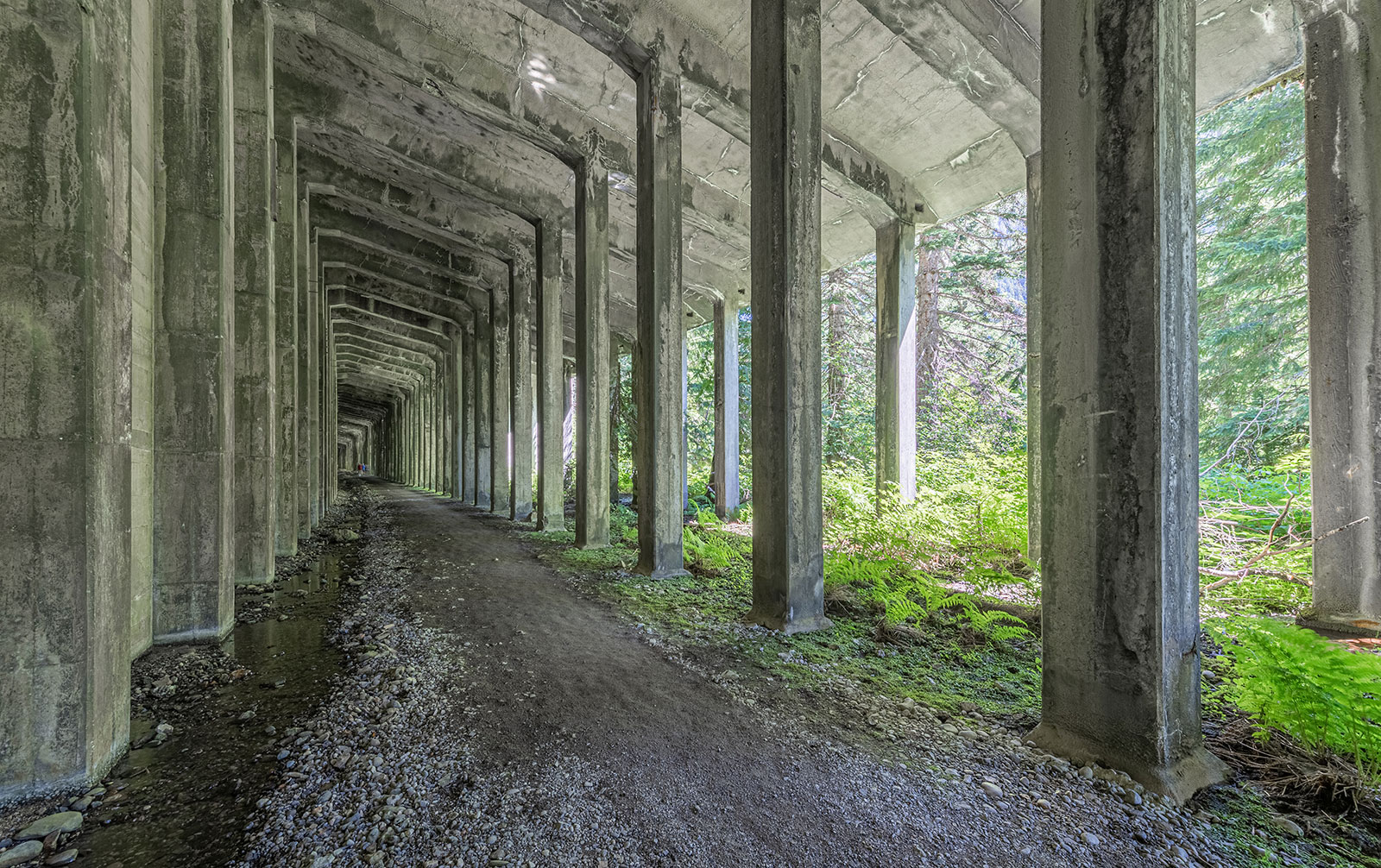 As a response to the deadliest avalanche in US history, snowsheds were constructed after the 1910 disaster to protect the Great Northern Railway against future avalanches. The structures were abandoned in 1929 when the Railway completed a new train route. Today, the snowsheds are accessible via the Iron Goat Trail off Highway 2 near Stevens Pass. The deserted structures, with their empty volumes and regularly spaces columns, assume a cathedral-like aesthetic as the vegetation takes back ground. 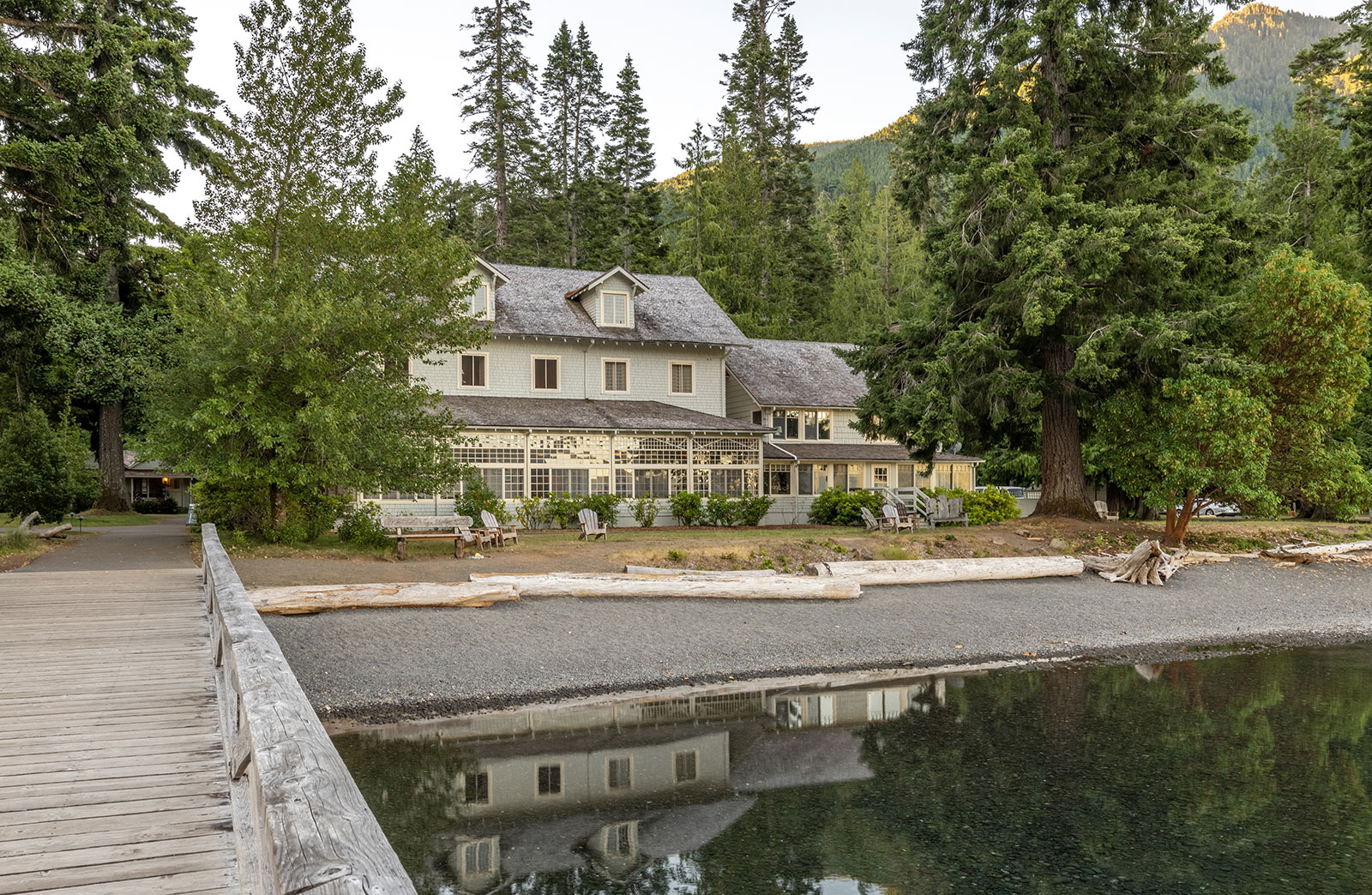 Built sometime between 1915 and 1920, the design of the Lake Crescent Lodge was influenced by arts and crafts architecture principles. Originally reachable only by ferry, the construction of the Olympic Highway in 1922 afforded vehicular access to the lodge. Today, the lodge and the adjacent Singer Tavern Cottages make for a magical getaway, and a cold dunk in the lake is life-changing. 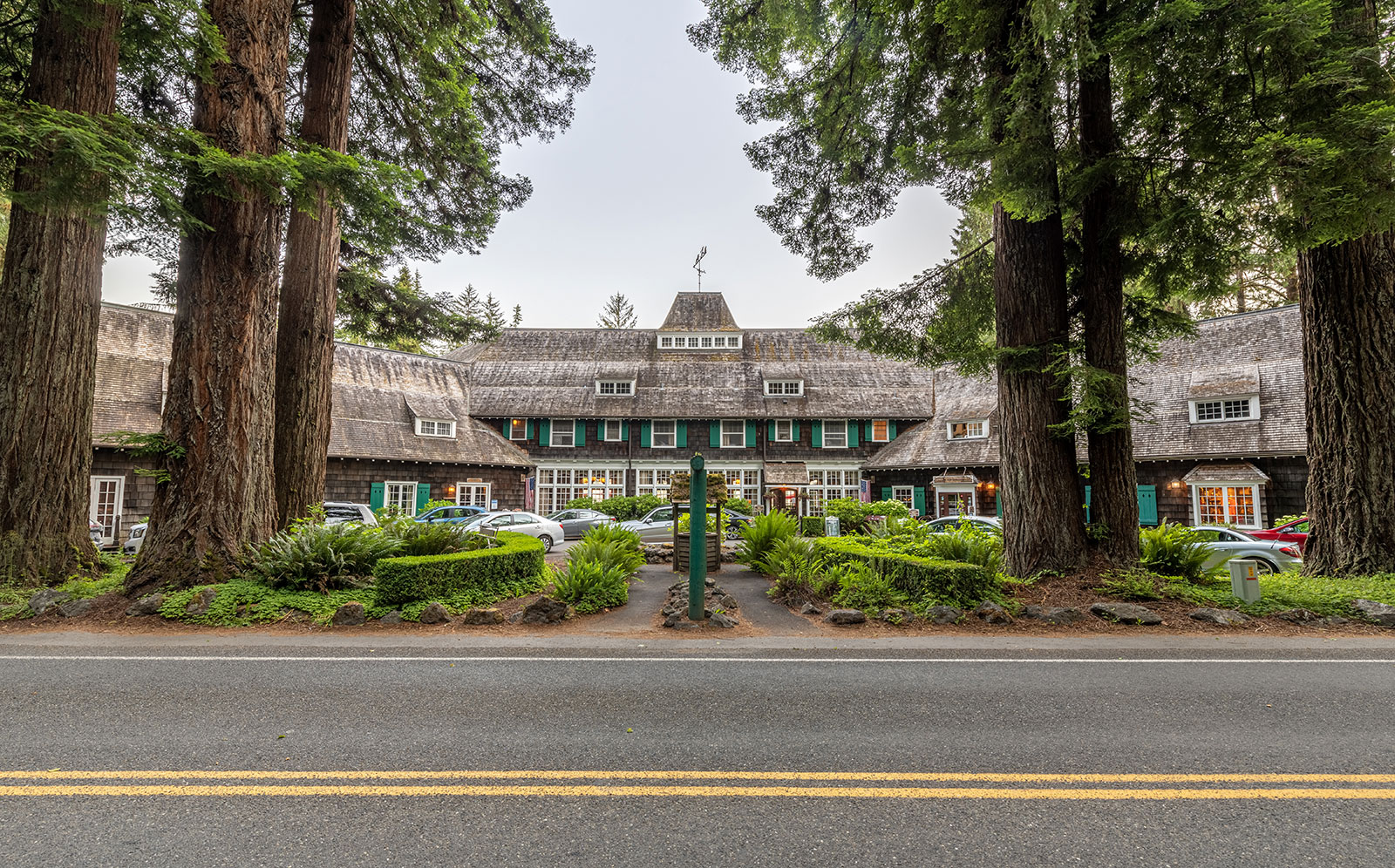 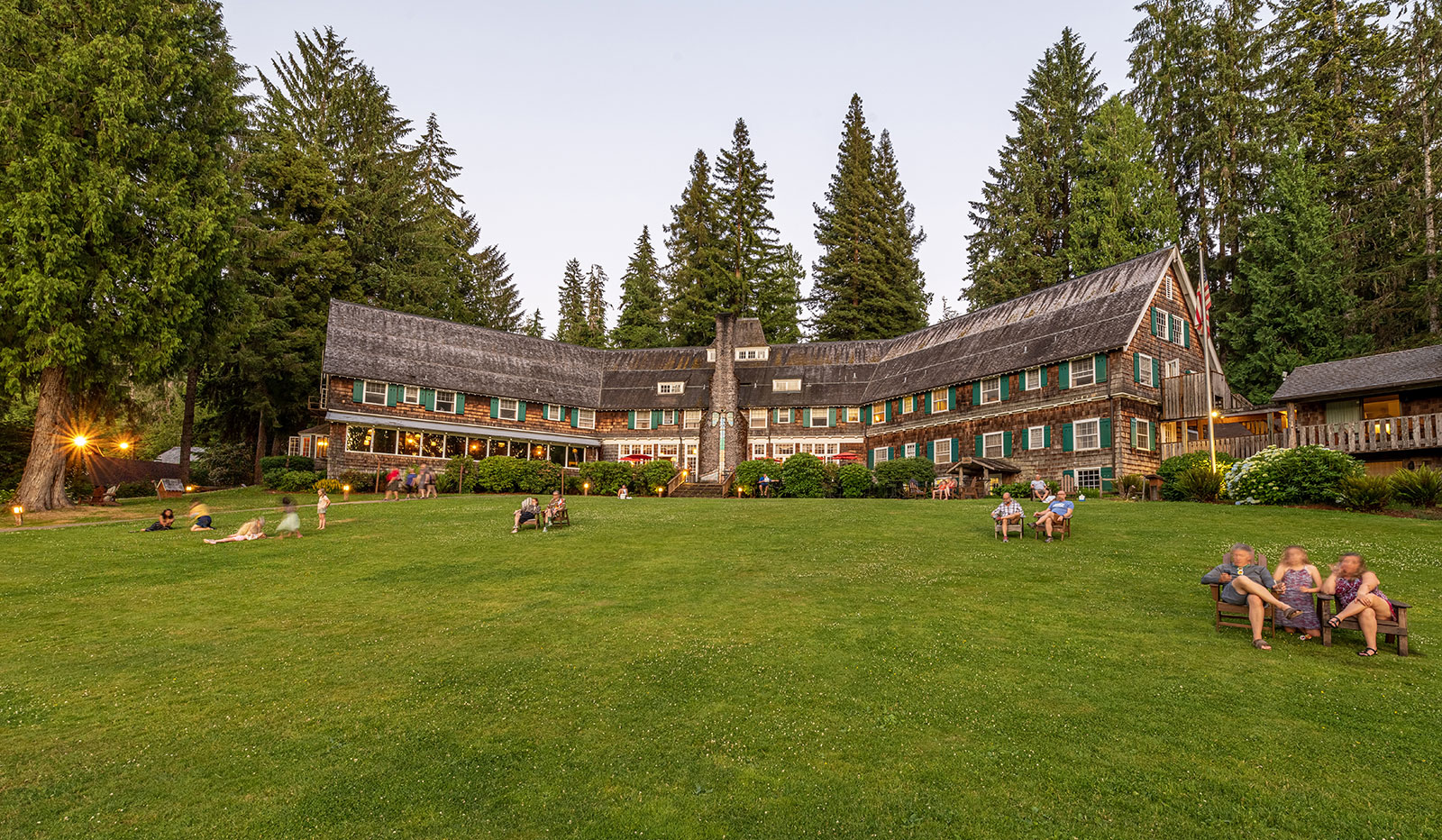 Designed in the rustic style by Seattle architect Robert Reamer in 1926, Lake Quinault Lodge is a rare and exceptional example of first-growth timber and craftsmanship. The structure’s geometry cradles the great lawn that invites leisure, and libations at dusk. 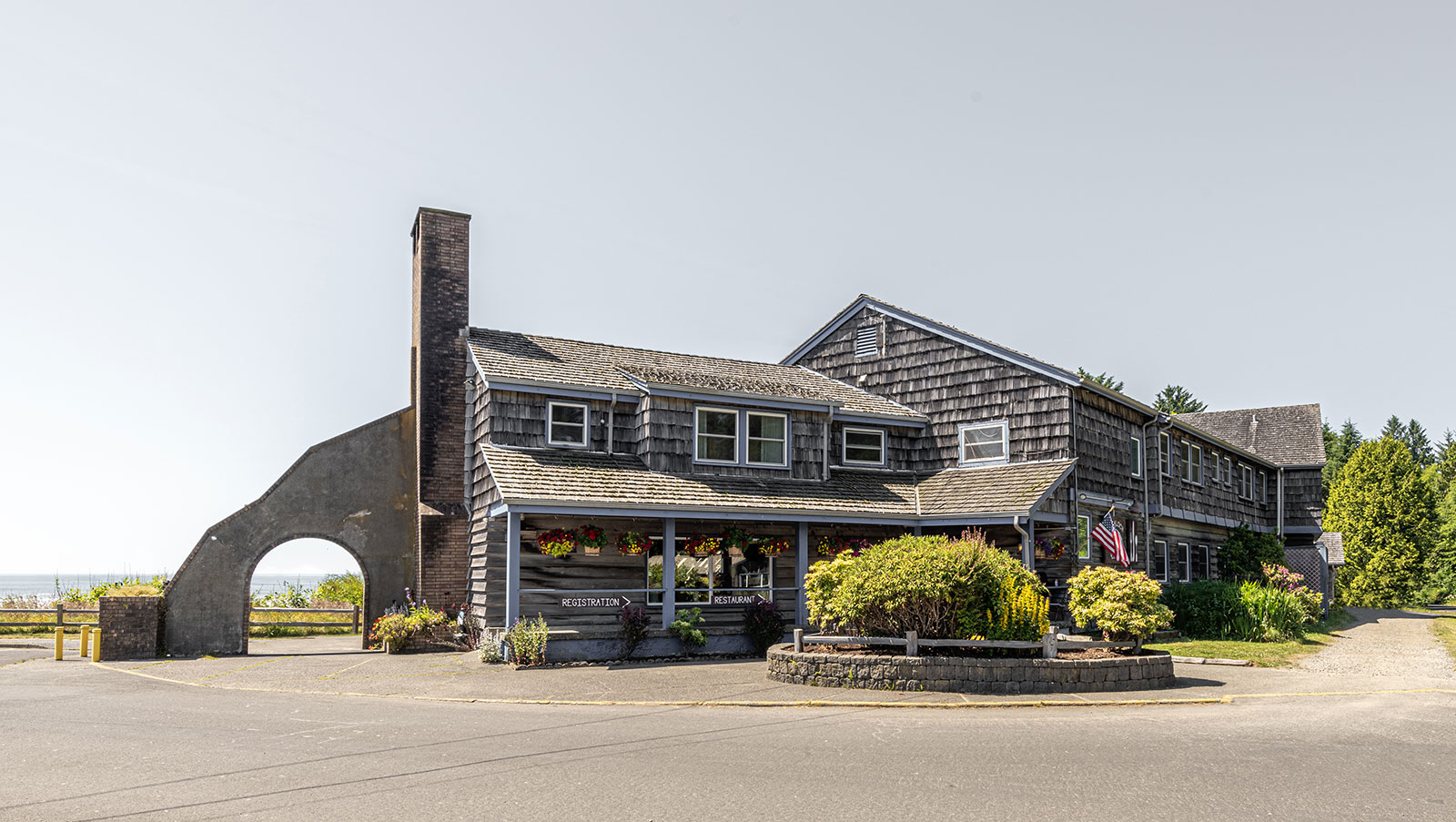 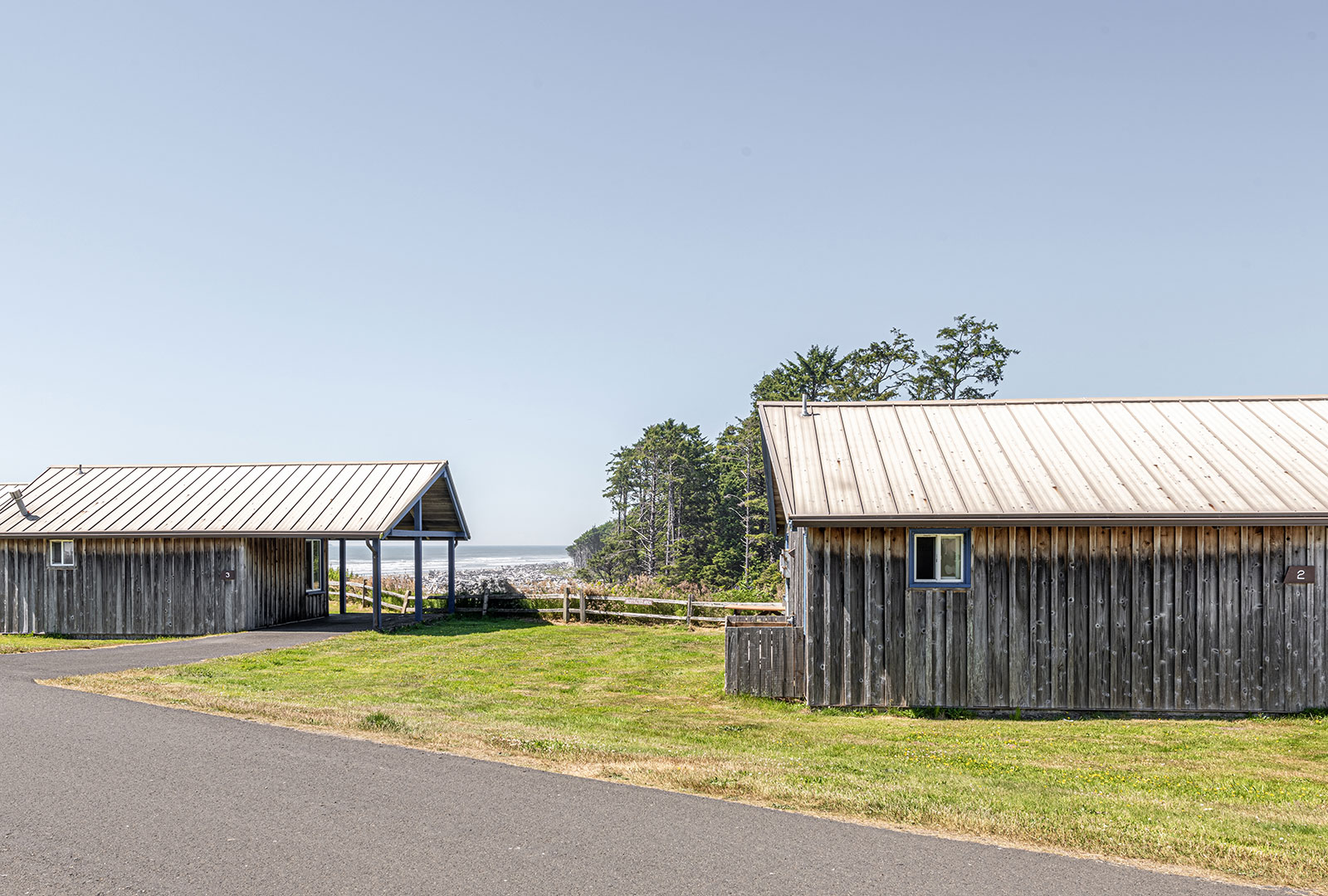 Translated from its native Quinault tongue, Kalaloch means “a good place to land” and we couldn’t agree more. The lodge, grounds, and beach access make for an ideal break along Highway 101. While the lodge itself is a curious arrangement of geometries and styles, the nearby guest cottages are designed in the everything-they-need-to-be-and-nothing-more style, which we’re big fans of. And don’t forget to stop for the soft-serve ice cream at the annex. 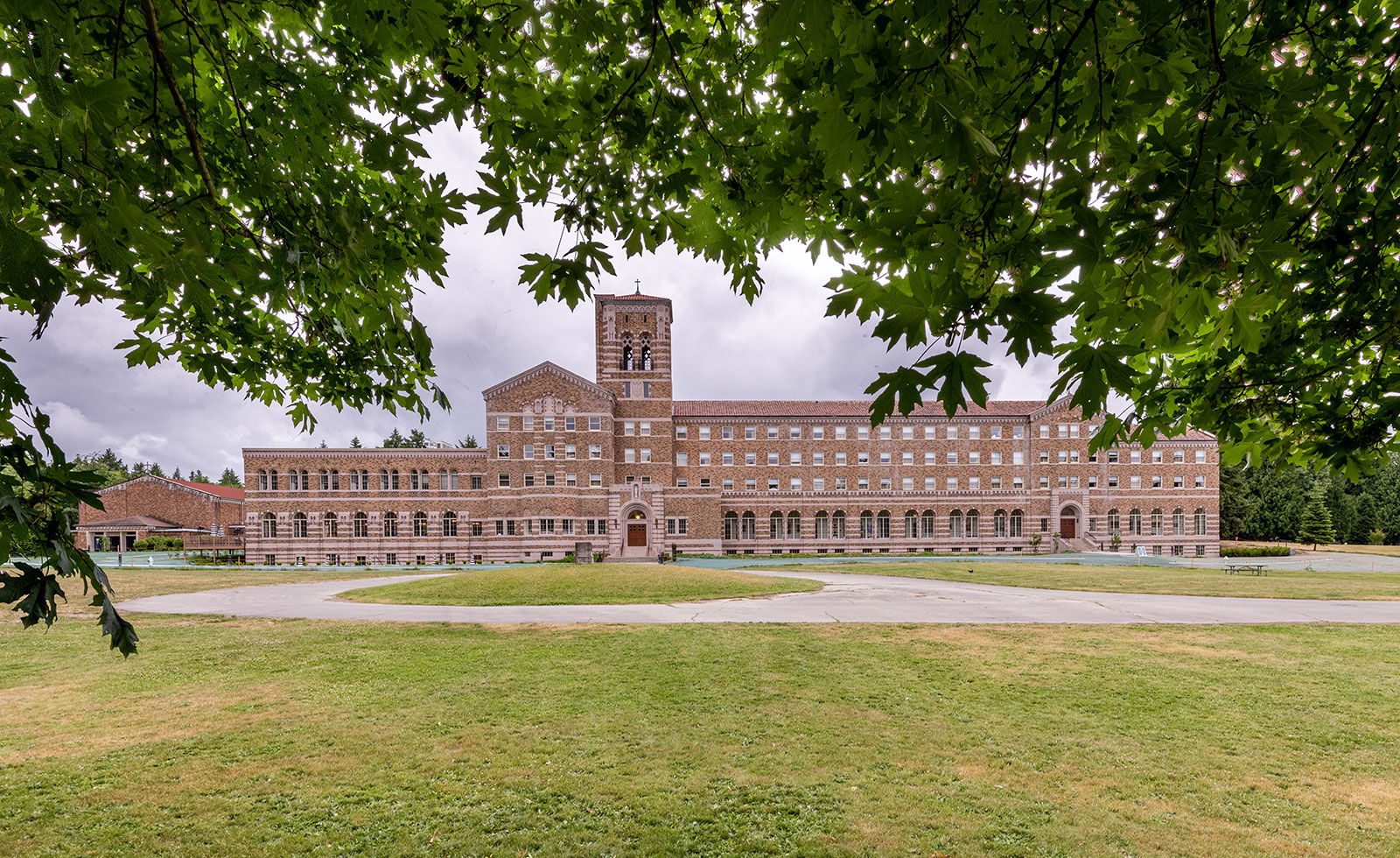 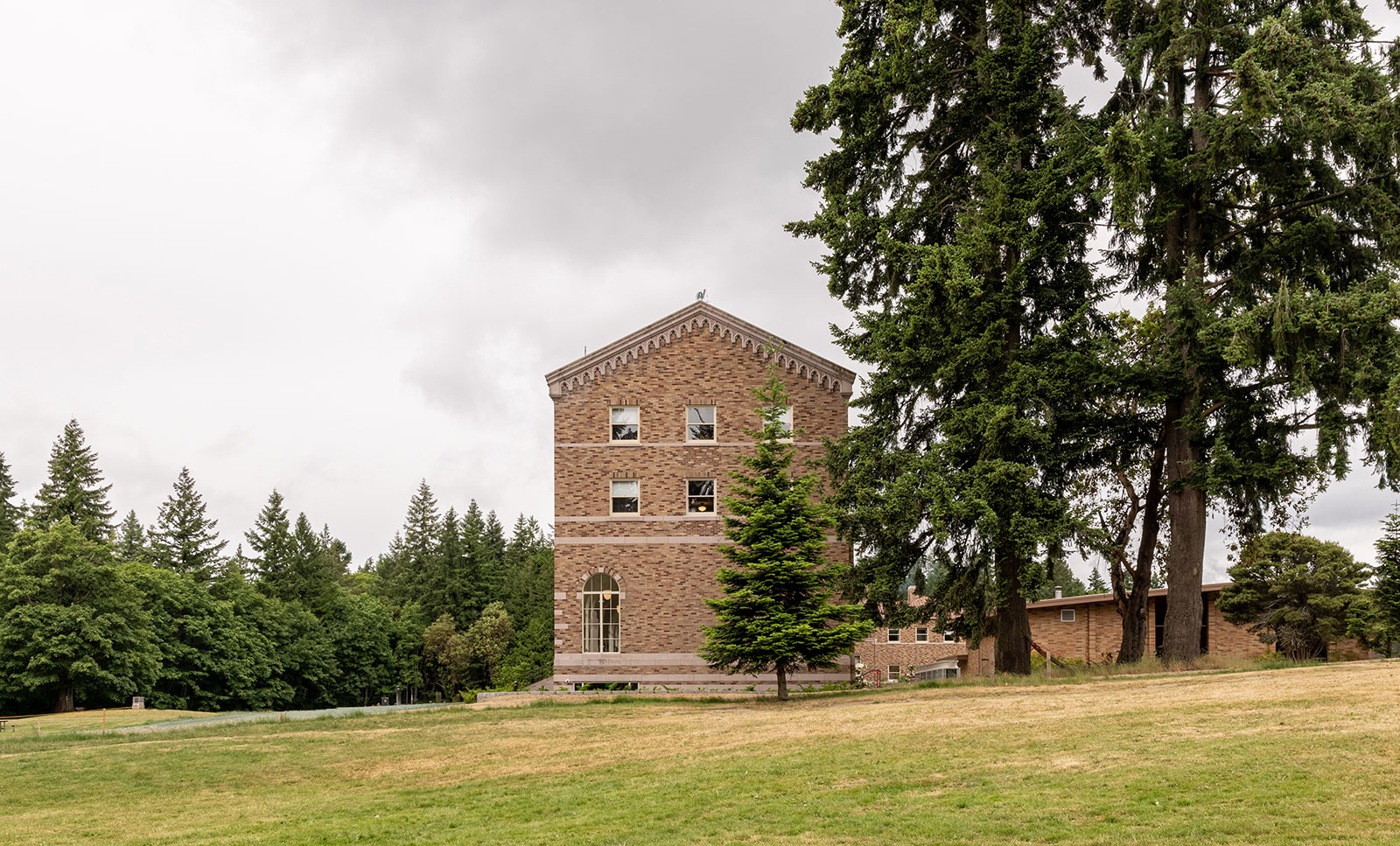 Abandoned from the 1970s through early 2000s, Saint Edward Seminary was transformed in 2017 via a public-private partnership. The project retained 316-acres of forests, playfields, and Lake Washington shoreline, all of which guests of the lodge have full access to. The original seminary structure, a blend of Romanesque Revival architecture and Art Deco interiors, was beautifully restored, and now hosts a restaurant, two bars, an art gallery, and 84 guest rooms. If you visit, don’t miss the secret grotto. 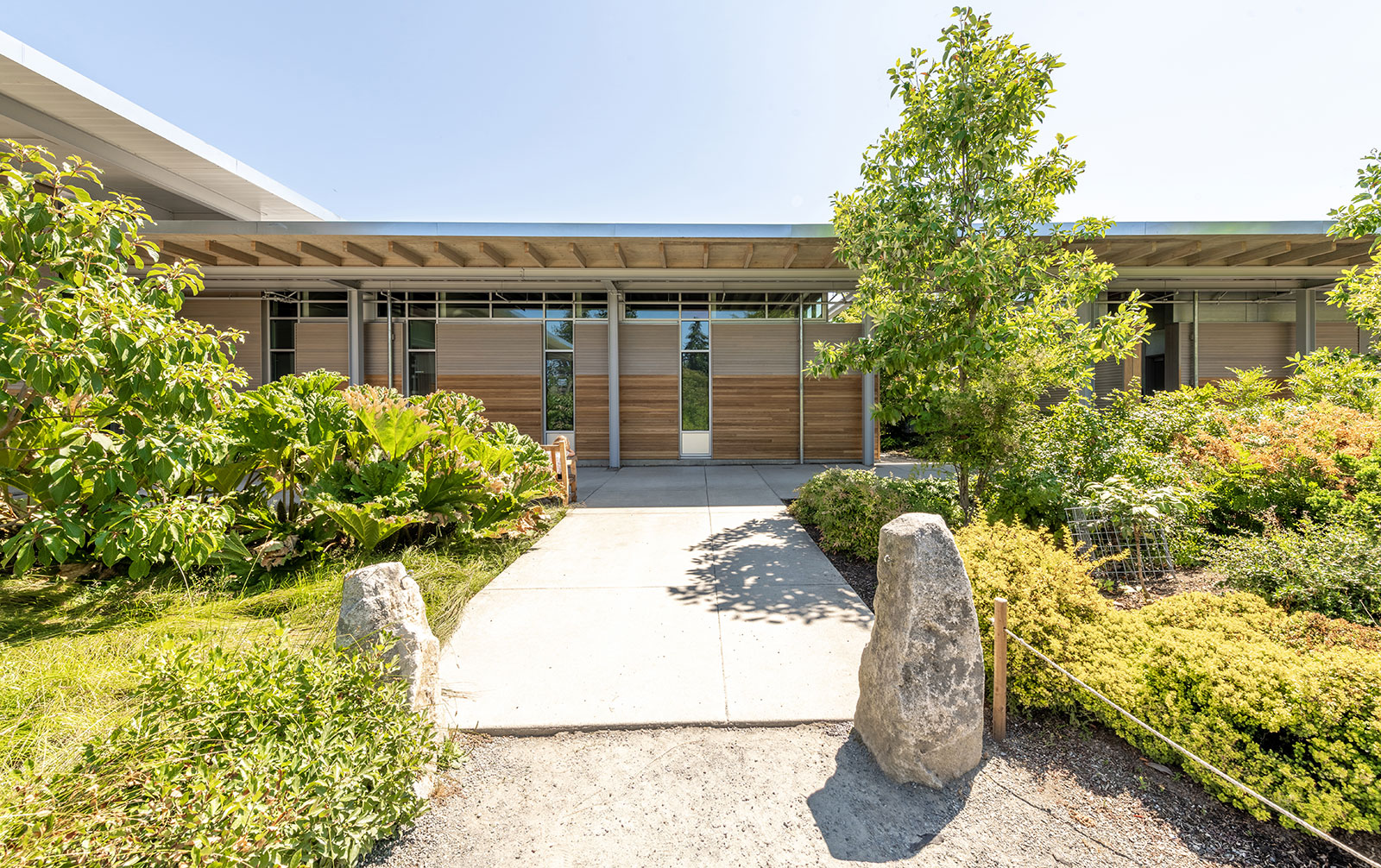 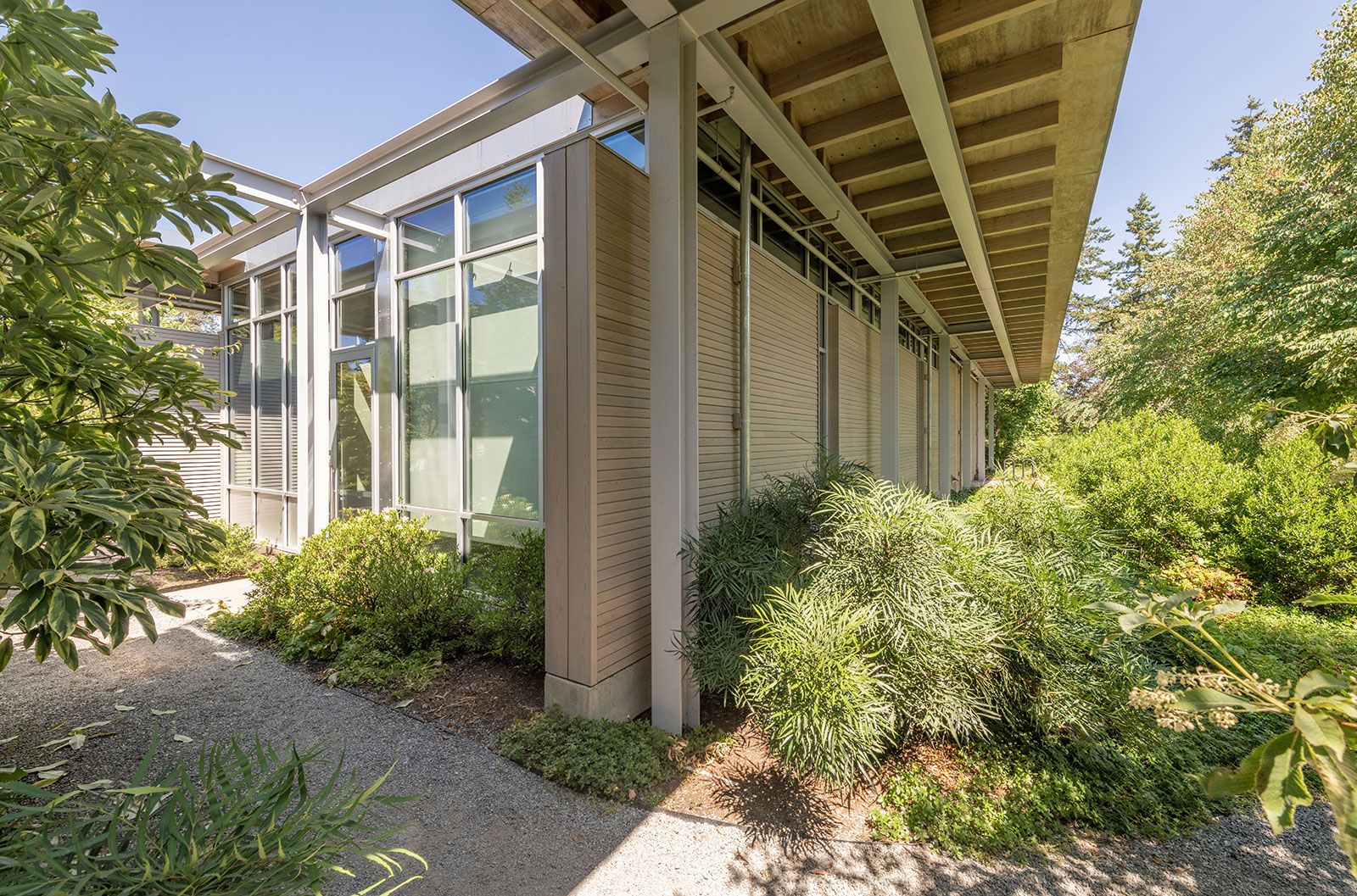 A mere 20-minutes from downtown Seattle, this wonderful facility is surprisingly overlooked despite its tasteful curation and design-savvy. The 53-acre public park is supplemented with trails, feature gardens, plenty of space for the kids to play, and the most pleasant of cafés (located in the original house). The new visitor center, designed by Kevin Kudo-King, Martina Bendel, and Misun Chung Gerrick is subtle and handsome, allowing the landscape to be the main performance. 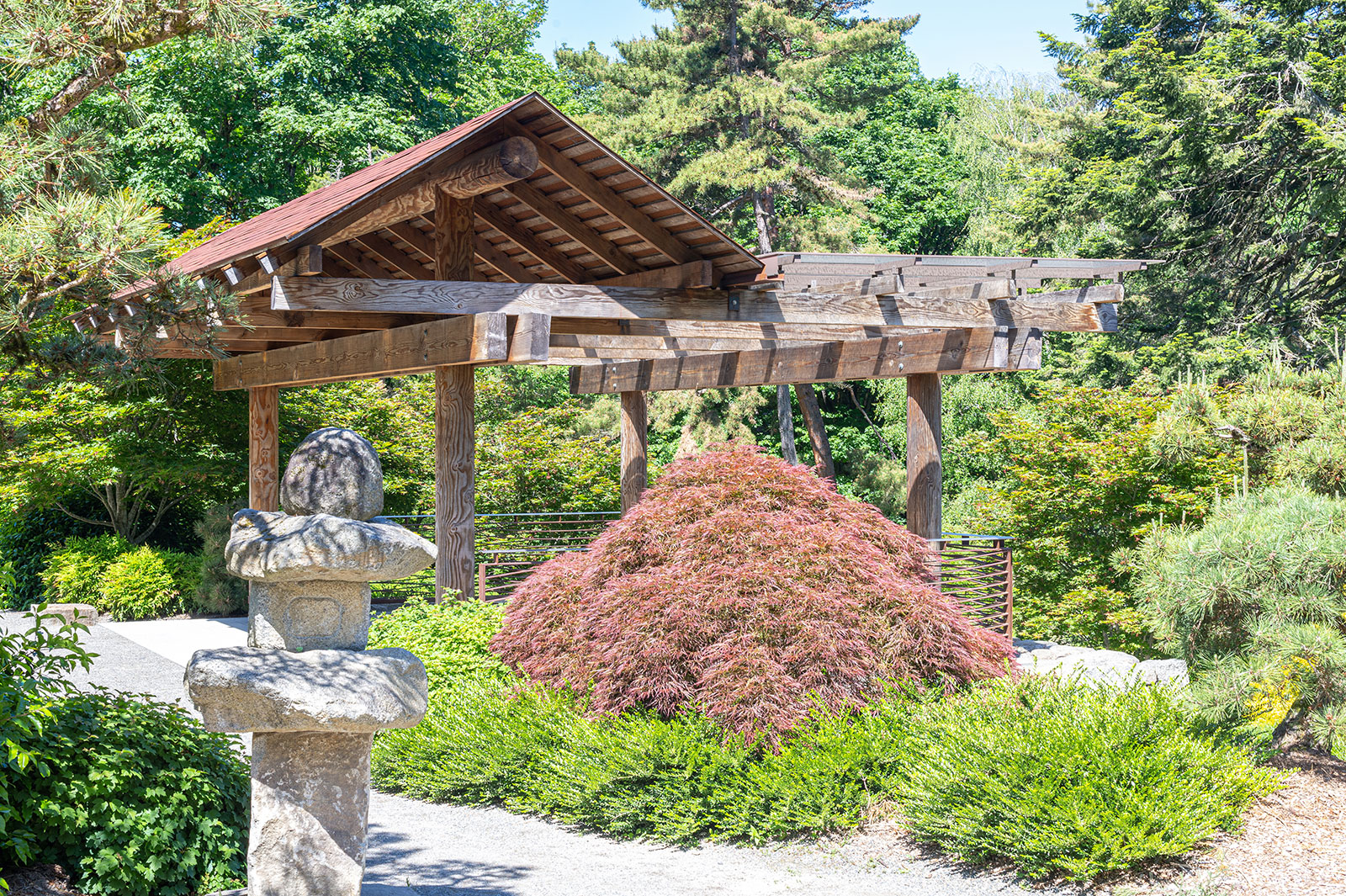 Started in 1927 by professional gardener Fujitaro Kubota, the 20-acre parcel became a Seattle public park in 1987. In the Japanese wabi-sabi philosophy, winding trails lead visitors through traditional covered gates, across footbridges, and past ceremonial pavilions. Each structure is a textbook lesson in how architecture is designed and assembled. 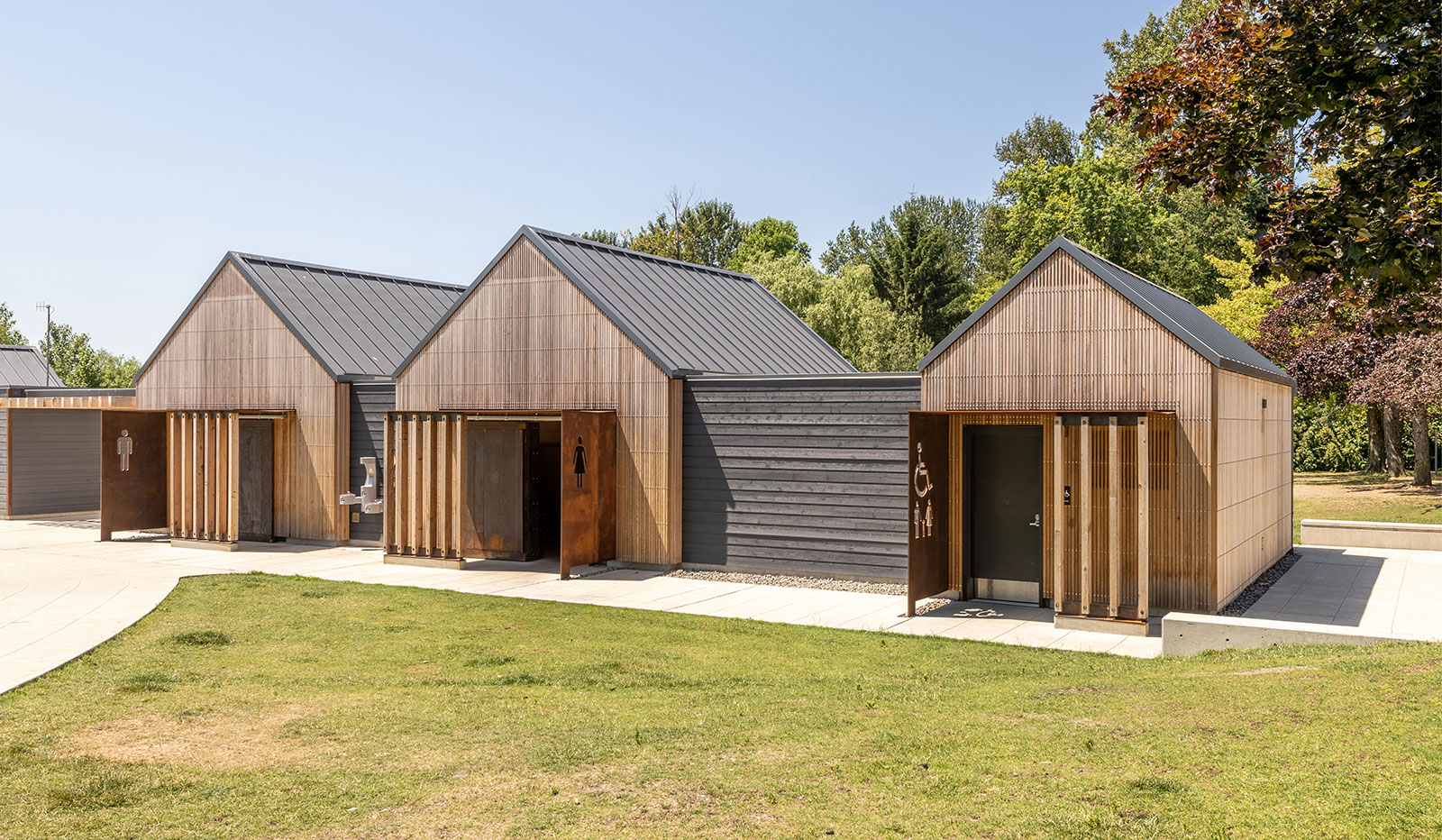 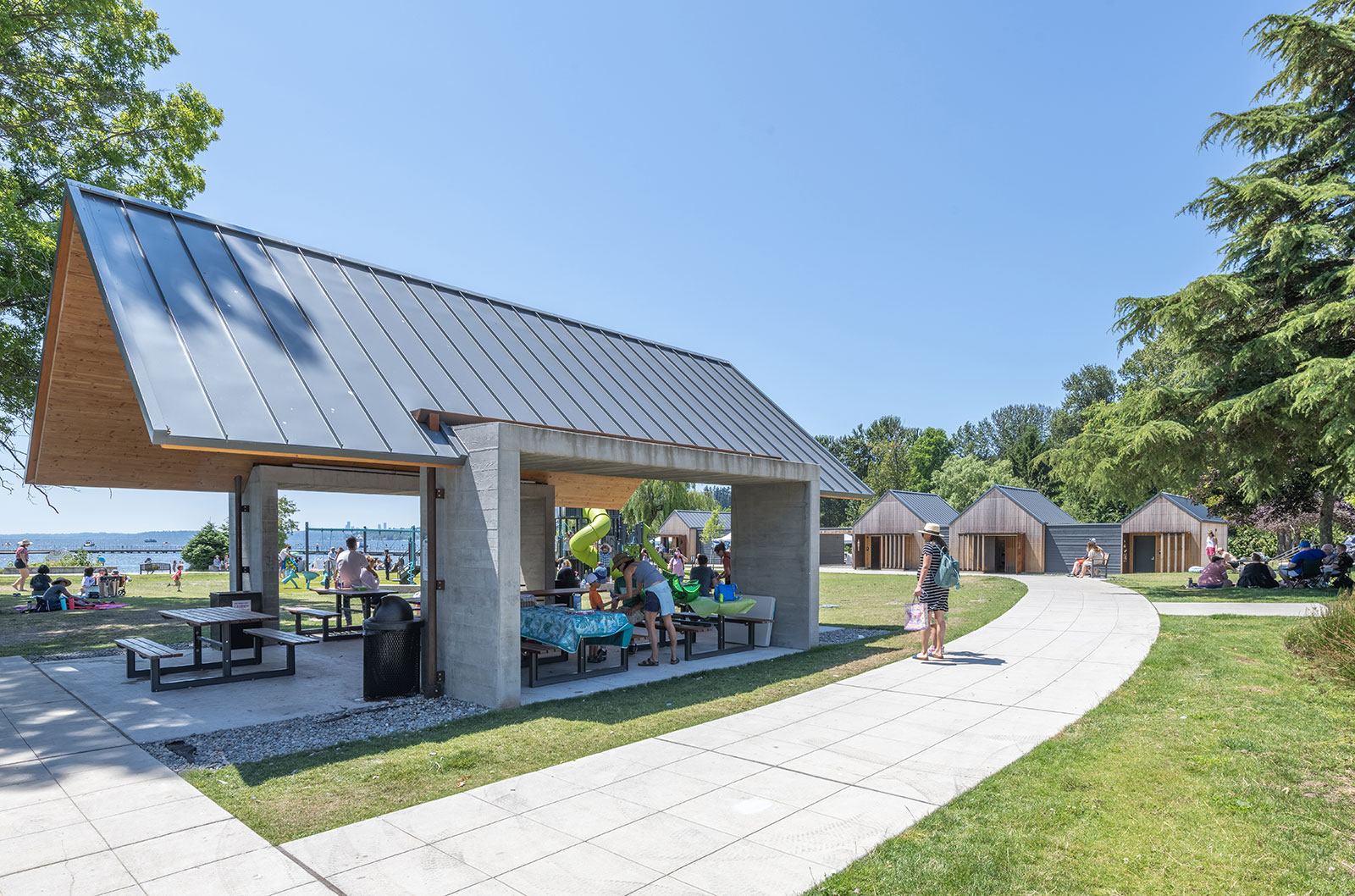 Re-conceptualized in 2020 by Studio Patano + EHDD, new bathhouses and picnic shelters create a design-forward, family-friendly experience along the north shoreline of Lake Washington. The detailing of the structures is particularly thoughtful, and the shadow lines are very pleasing on a sunny day. 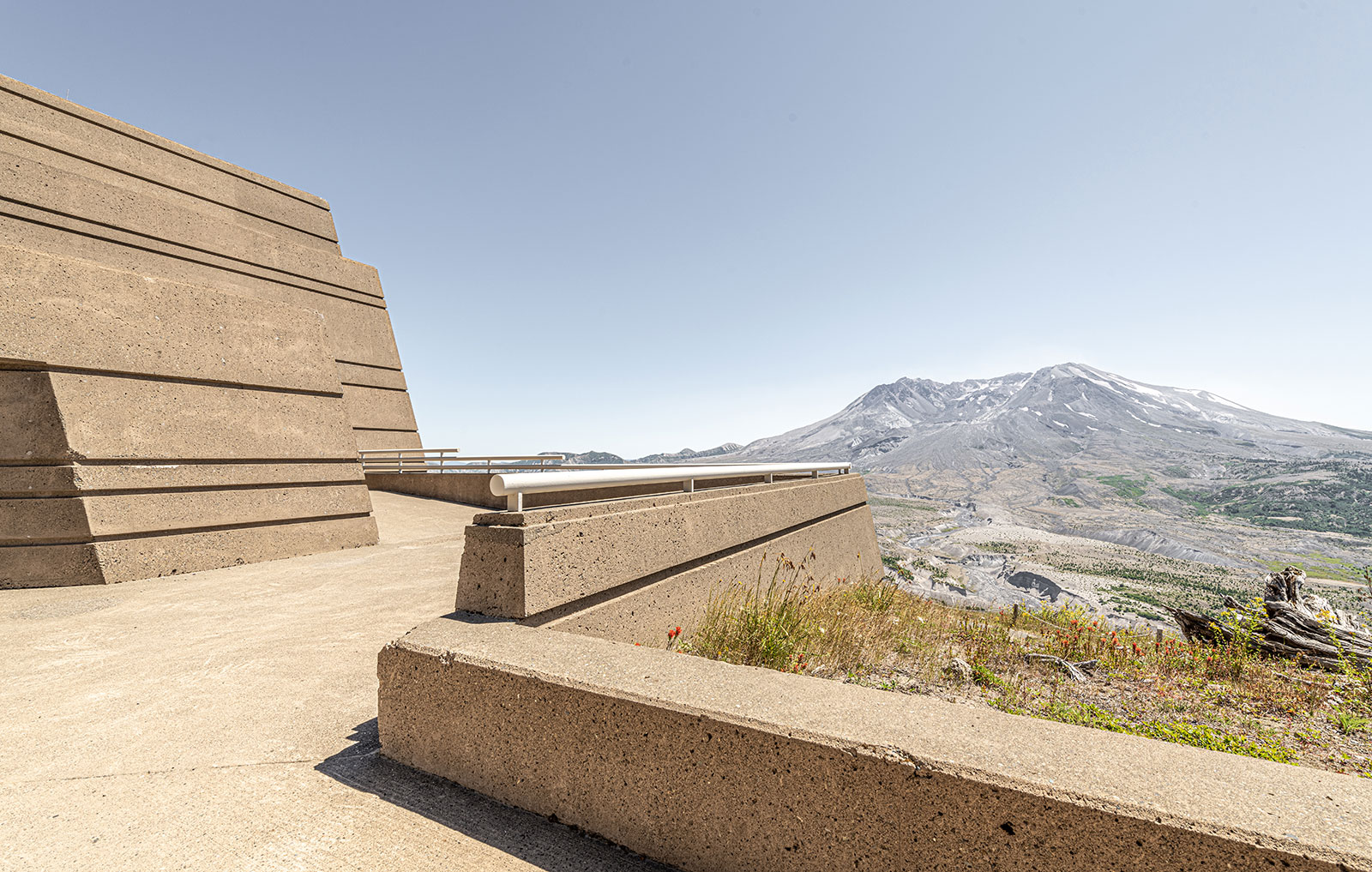 An homage to concrete, the visitor center on the north side of Mount St. Helens is the perfect vantage point to ponder the sheer magnitude of the unforgettable 1980 volcanic eruption. For the design conscious, the structure does a nice job of tucking into the hillside and extending the landscape as green roof (or beige roof, rather). Don’t miss a walk along Coldwater Lake en route to the visitor center. 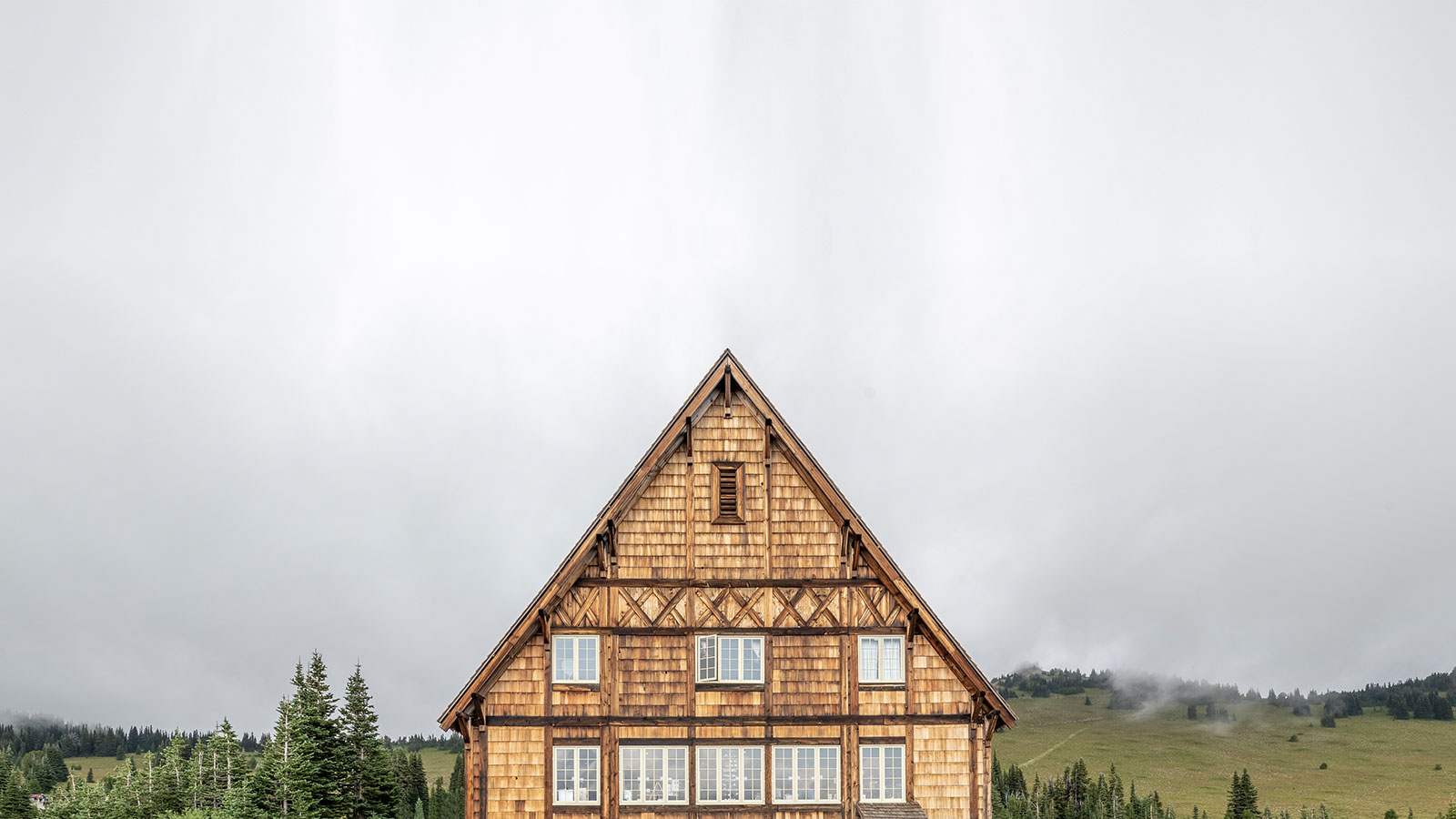 It’s not called a wonderland for nothing. A simple day hike around the Sunrise Lodge delivers, whether Mount Rainier is in view or not; the lodge itself is a bit kitschy, but it’s an improvement over its faux log cabin neighbor. Don’t miss the 3.7-mile loop trail to Shadow Lake. 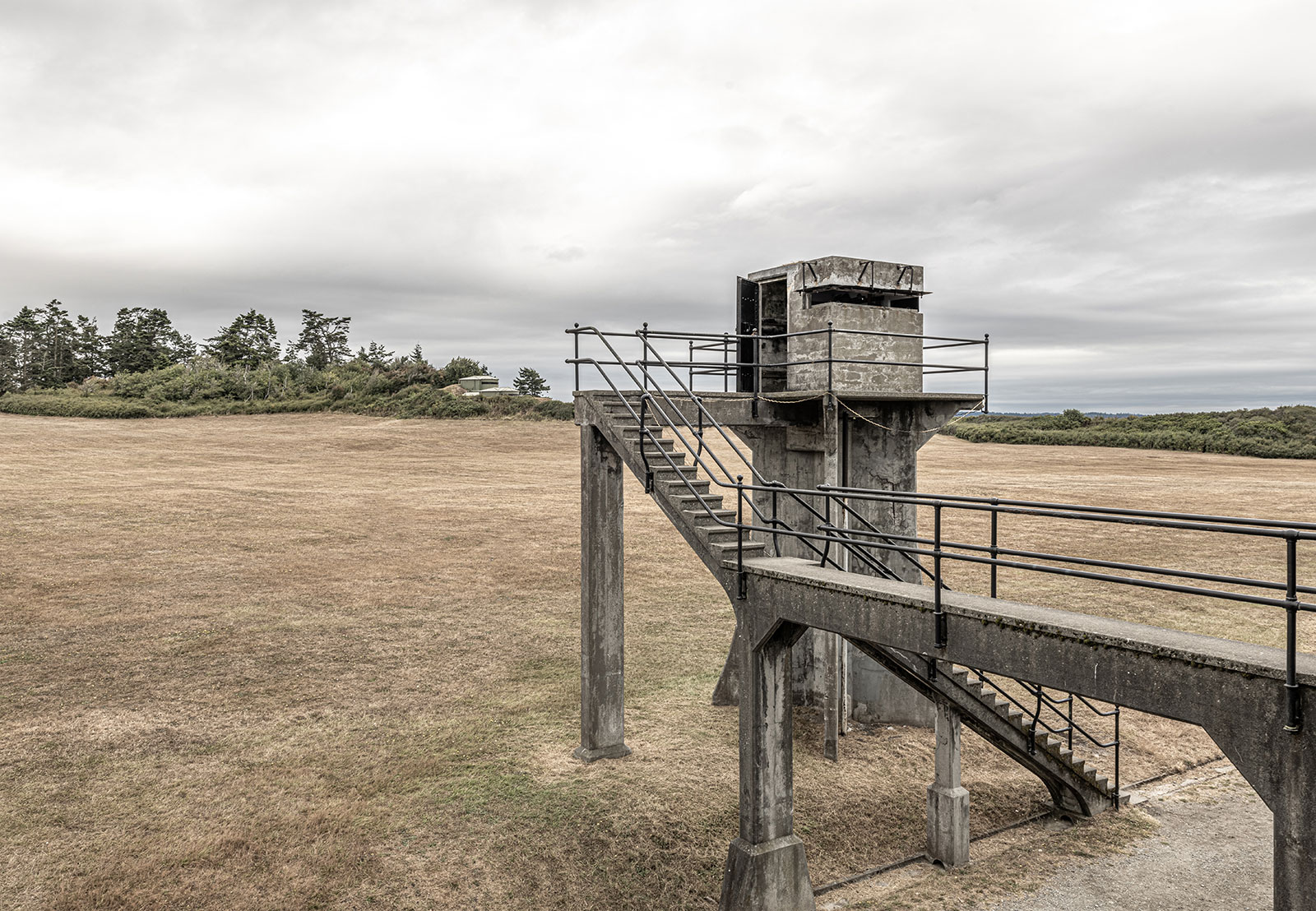 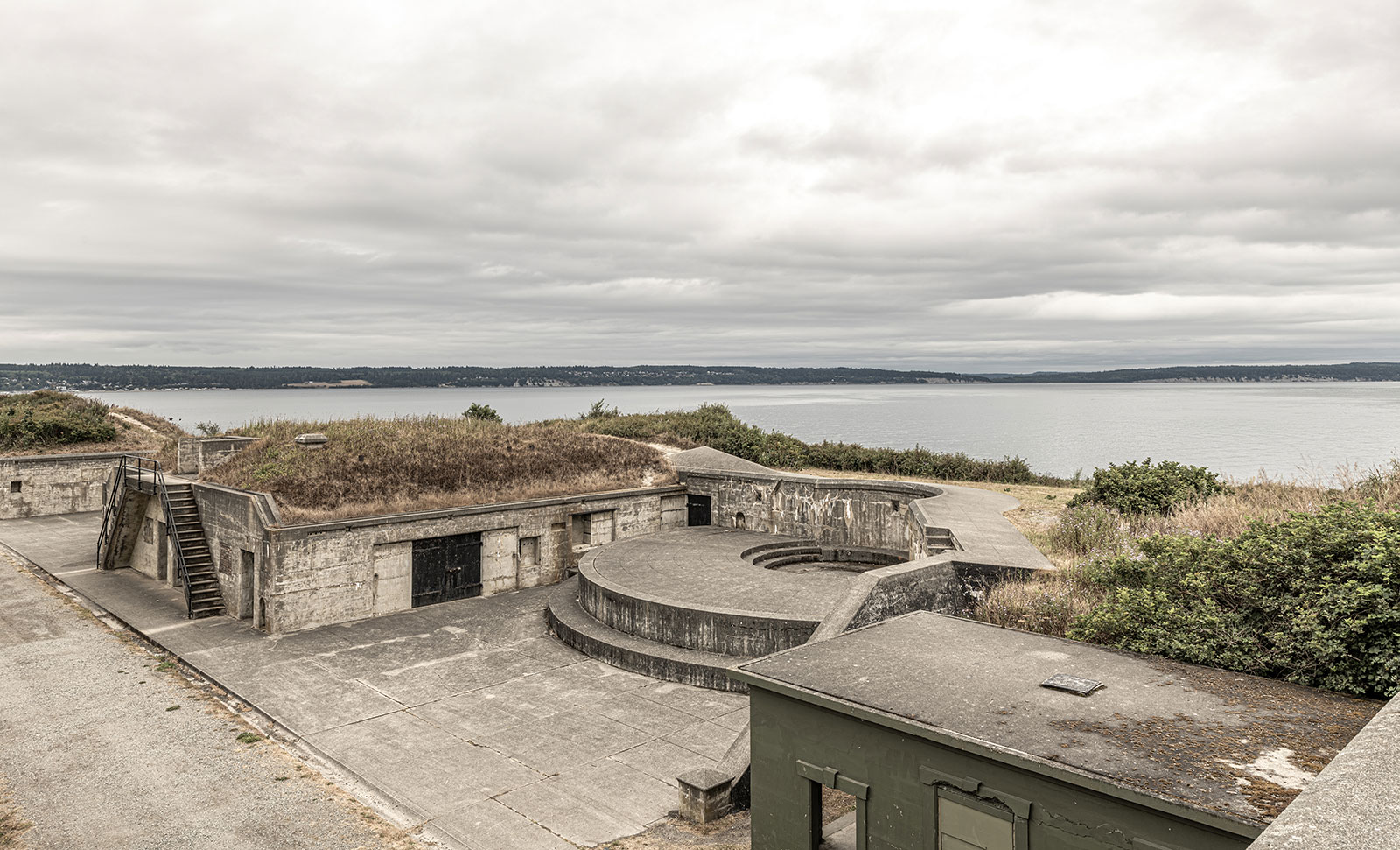 Originally constructed in the 1890s as a “triangle of fire” against invading ships (along with Fort Flagler on Marrowstone Island, and Fort Worden in Port Townsend), the bunkers are now part of the 999-acre state park. Long removed from their military context, the vacant gun batteries now appear as artistic land carvings, with their clean arcs and concentric geometries. 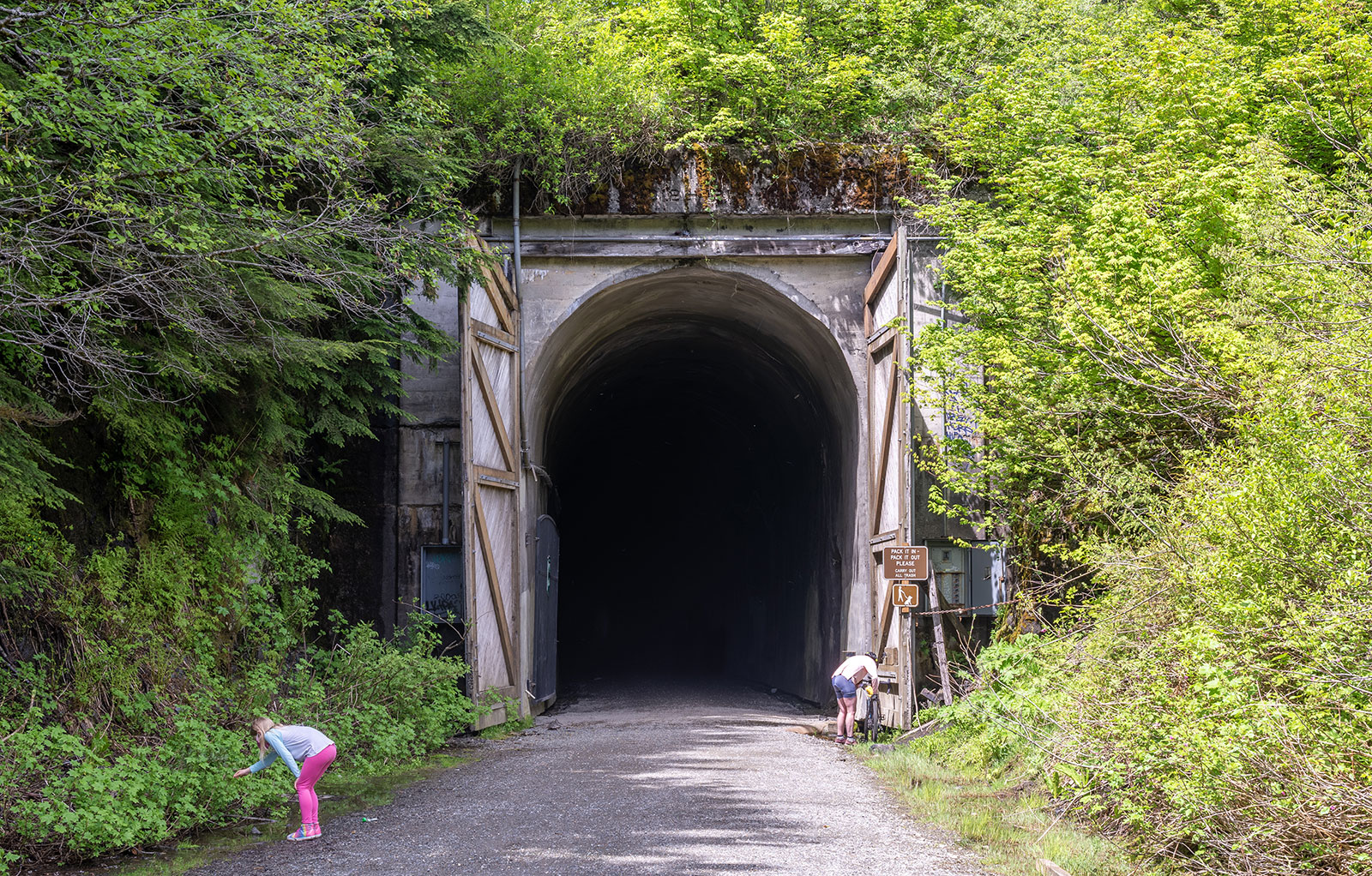 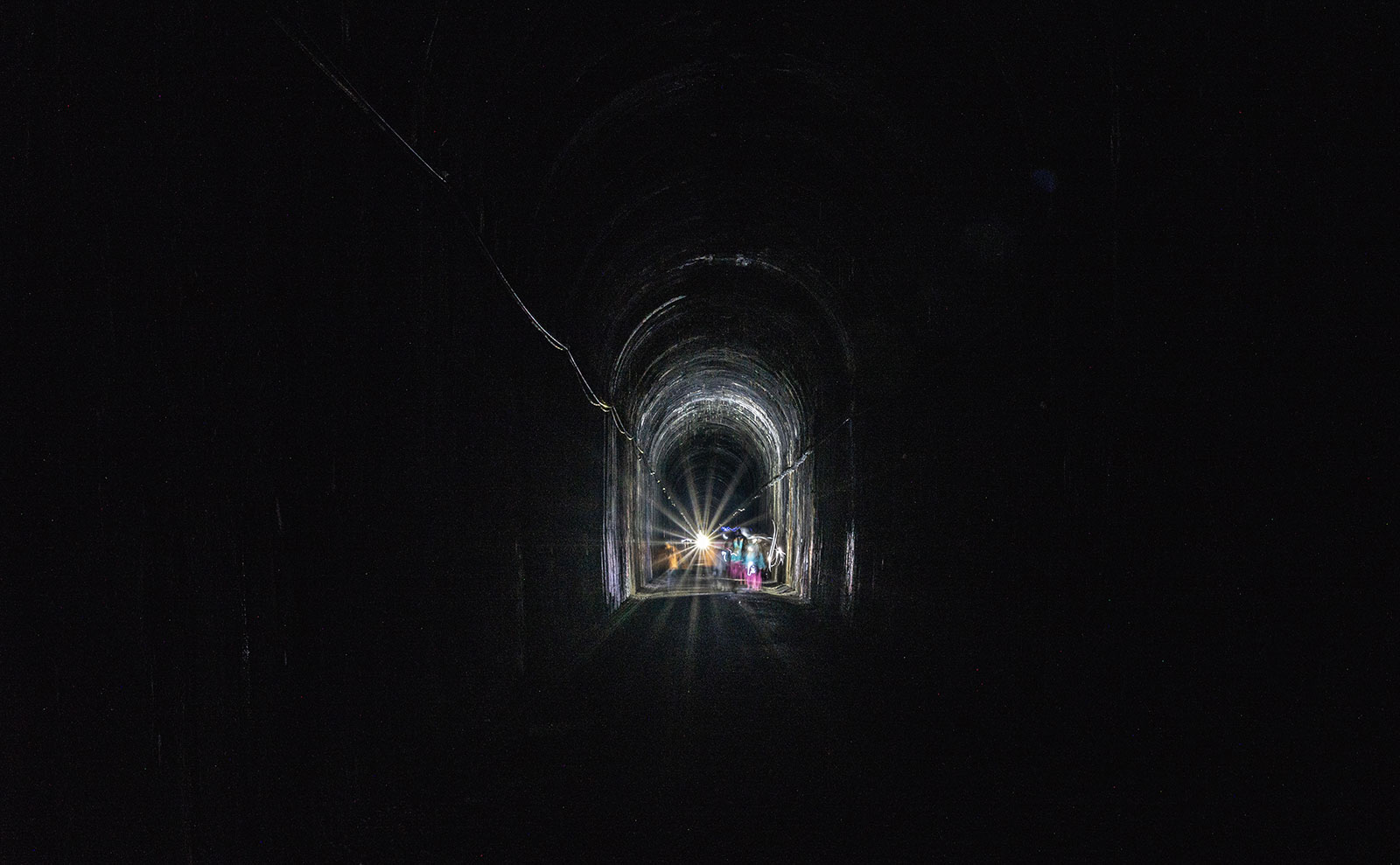 At 2.25 miles in length, this former railroad tunnel barrels right underneath the Summit West ski area along Snoqualmie Pass, and is part of the Palouse to Cascades State Park Trail. The tunnel was constructed in 1910 as part of the line from Chicago to Seattle, and was abandoned in 1980. After undergoing a renovation in 2011, the tunnel is now open from May to November to pedestrians and cyclists. Because of the tunnel’s slight curvature, both entrances/exits are never visible at the same time—but fear not, you’ll always be able to see a light at the end of the tunnel. 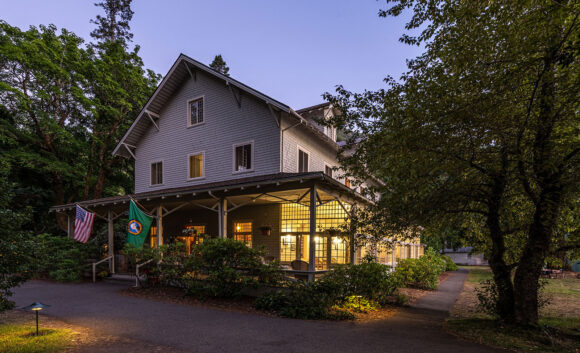 The onset of autumn, and eventual return to gray skies and rain has reminded us how important it is to take full advantage of the spectacular summer months. This list is full of excellent destinations not only for enjoying the great outdoors, but also for exploring some out-of-the-way architecture and design gems. We’re already compiling next summer’s roster, so click that comment button and let us know what’s on your list.

Get the play-by-play of our explorations here and here.
Cheers from team BUILD.