This article is not one of our Dear Building Department letters, as we’re pretty sure they’re not listening. However, we feel certain that the majority of land-use and building permit reviewers are aware of the dire situations our cities are experiencing, yet they appear to be going about business as usual rather than prioritizing ways to course-correct. We can no longer remain silent about a situation that is profoundly disturbing.

CRISIS
The time, effort, and money it takes to get land entitled and to secure a building permit in Seattle and similar urban areas, has gone from extreme, to unreasonable, to downright dysfunctional—some even say corrupt. Parallel to this is an unprecedented homeless, inequality and segregation crisis in America’s urban centers. In 2015, a State of Emergency was declared in Seattle in response to the homeless crisis, yet things have gotten much more desperate since then. In January 2020, the number of unsheltered was counted at well over 100% higher than in 2015; 2021 is expected to be higher still, but due to COVID-19, for the first time in 40 years the one night count will not take place. 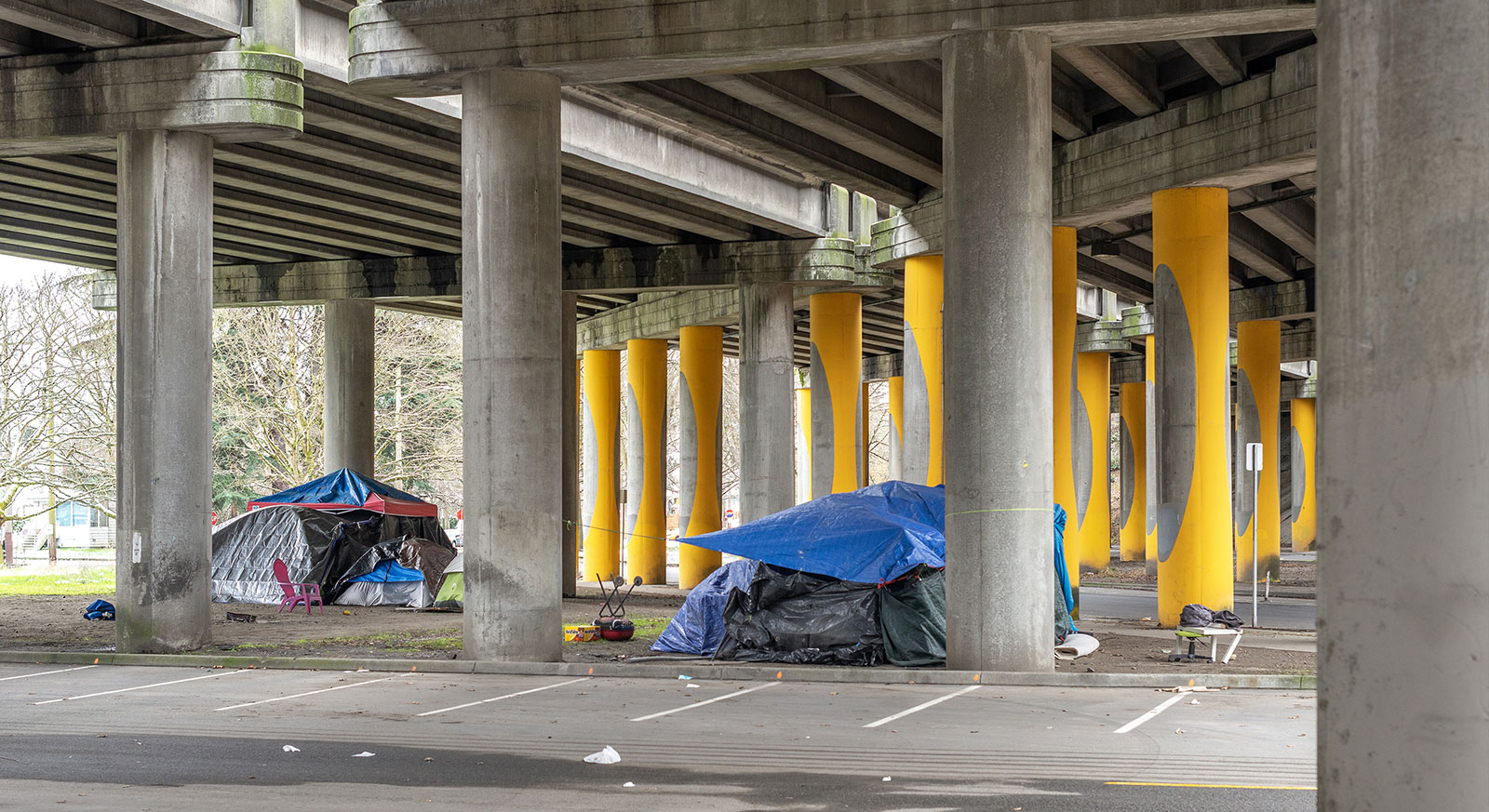 Admittedly, we didn’t initially connect the dots between our building department’s (in)actions and the crises in our city, as they seemed too unrelated, too far removed from each other. But the signs keep mounting. Currently, at the City of Seattle’s Department of Construction and Inspections (SDCI), the timeline to work through the required early design guidance (EDG) and obtain a master use permit (MUP) for a small apartment structure is 18-months; the cycles of additional permit requirements — dubiously termed “corrections” — have multiplied such that three cycles are now common—each at the price of a couple of months.

Obtaining a MUP then gives an owner the ability to submit for a building permit, which is an entirely separate and cumbersome process. The time it takes to simply schedule a date to submit for a permit has gone from weeks to months; as of publication of this article, a tax-paying landowner has to wait five months simply to submit a building permit, after which the permitting process begins, which in itself will likely take at least another year due to the myriad corrections issued by the City to the client and design team. All the while, the homeless encampments, tents, and lean-tos that heavily pepper our urban streets and parks have become pocket slums that provoke a palpable sense of inequality and segregation.

And, before anyone cries, “The reason that permit intakes are so far out is because there are so many applicants,” we say, “Hold on a minute: it isn’t the number of applications that are to blame, it’s the flagrant volume of extra work demanded by City agents from all applications.” 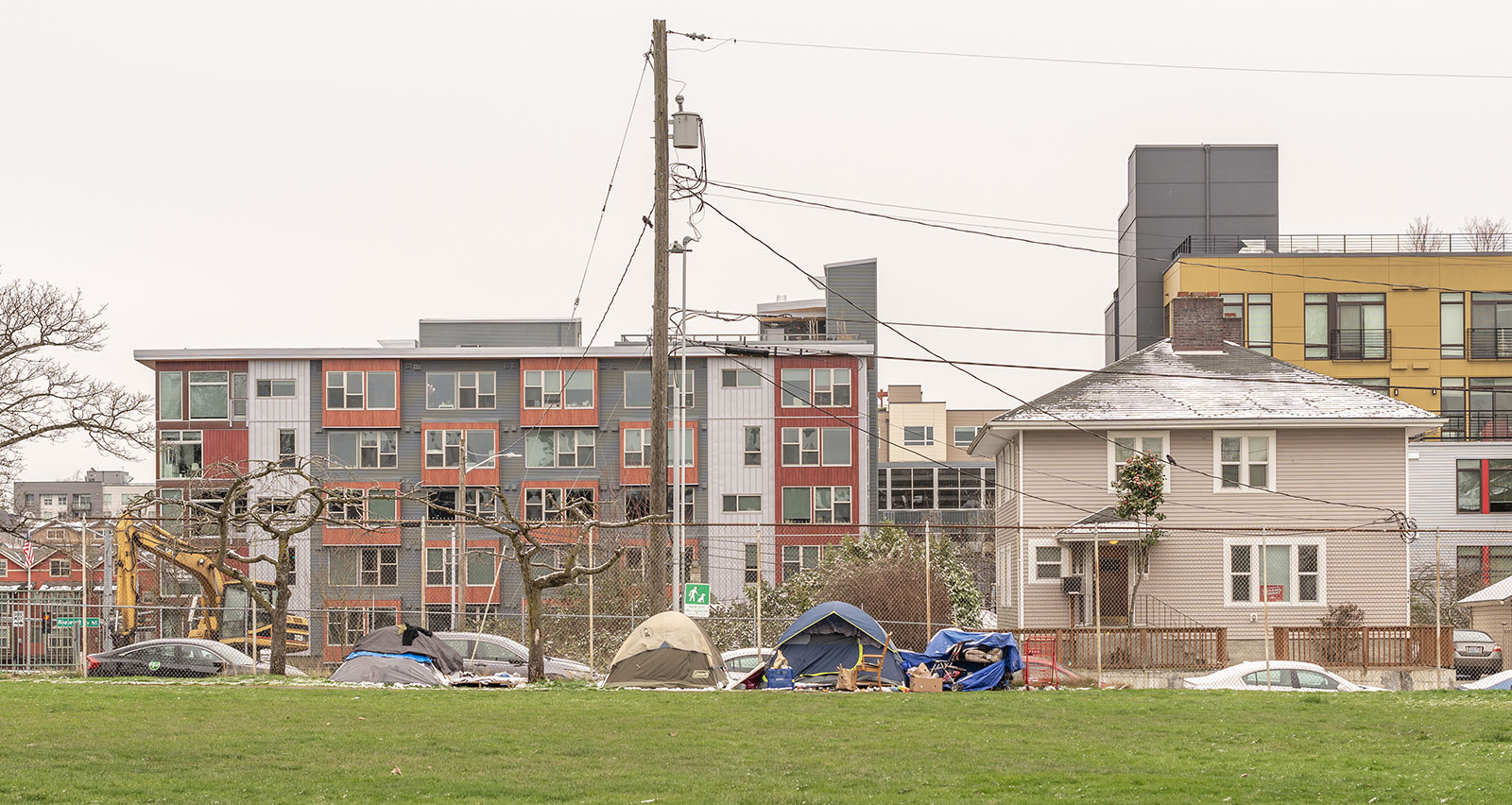 CAUSE AND EFFECT
We recently read Richard Florida’s Bloomberg CityLab article, How Zoning Restrictions Make Segregation Worse, which caused us to recognized and acknowledge the grim connection between overreaching building departments and the growing crises of inequality, segregation, and homelessness in our urban areas. Florida states:

“…restrictive land use and building codes in cities limit housing construction (and therefore housing supply), leading to increased costs, worse affordability problems, and deepened inequality in urban centers. What we haven’t fully understood — until now — is how restrictive land use regulations in cities and urban centers shape segregation across entire metropolitan areas.”

This got us thinking about the mom-‘n’-pop developers who retreat from developing their properties because of the daunting permitting timeline; the repeat developers who are denied entitlement of a project on their own property due to an overreaching design review board; and the seasoned developer who elects to pursue projects in other cities and states because the permitting costs are too high in their hometowns. We’ve experienced each of these scenarios firsthand here in Seattle, and they all deprive the city of desperately needed shelter.

And the argument that a homeless person couldn’t even afford an apartment is fallacious. In truth, a greater supply of dwelling units offers a greater spectrum of dwelling types and price ranges. Not to mention that following Seattle’s “Grand Bargain,” private developers are obligated to provide affordable housing units as part of their developments. As we are now in the sixth year of the aforementioned emergency, anyone would assume we are removing barriers to developing projects with affordable units rather than adding them daily.

The straw that broke our camel’s back came during a recent correction cycle on an apartment building: the reviewer requested that the perforated steel screening at the garbage & recycling area allow less visibility—the permit process was held up for months because the reviewer wanted smaller perforations on the screen. Huh?! The size of the perforations doesn’t really matter when the building codes are so restrictive that there will be a homeless person’s tent located in front of it.  This straw was the 1000th time we’ve dealt with some pointless correction item that added time, cost, and strain to a project. Collectively, these City-ordered practices are killing projects that would provide affordable housing.

WHAT NOW?
It’s time for city building departments to recognize their culpability and accountability for these critical situations. We fully support inclusionary zoning, safe developments, and thoughtful and elegant buildings and planning. But, nefarious land use regulations, overreaching permit reviewers, protracted permitting timelines, and a barrage of permitting fees add to a malaise of inequality, segregation, and homelessness. Richard Florida cites four key findings that improve our understanding of the connection between these factors, all based on a study by Michael C. Lens and Paavo Monkkonen from UCLA’s Luskin School of Public Affairs:

Published in the Journal of the American Planning Association, you may read the complete article here. 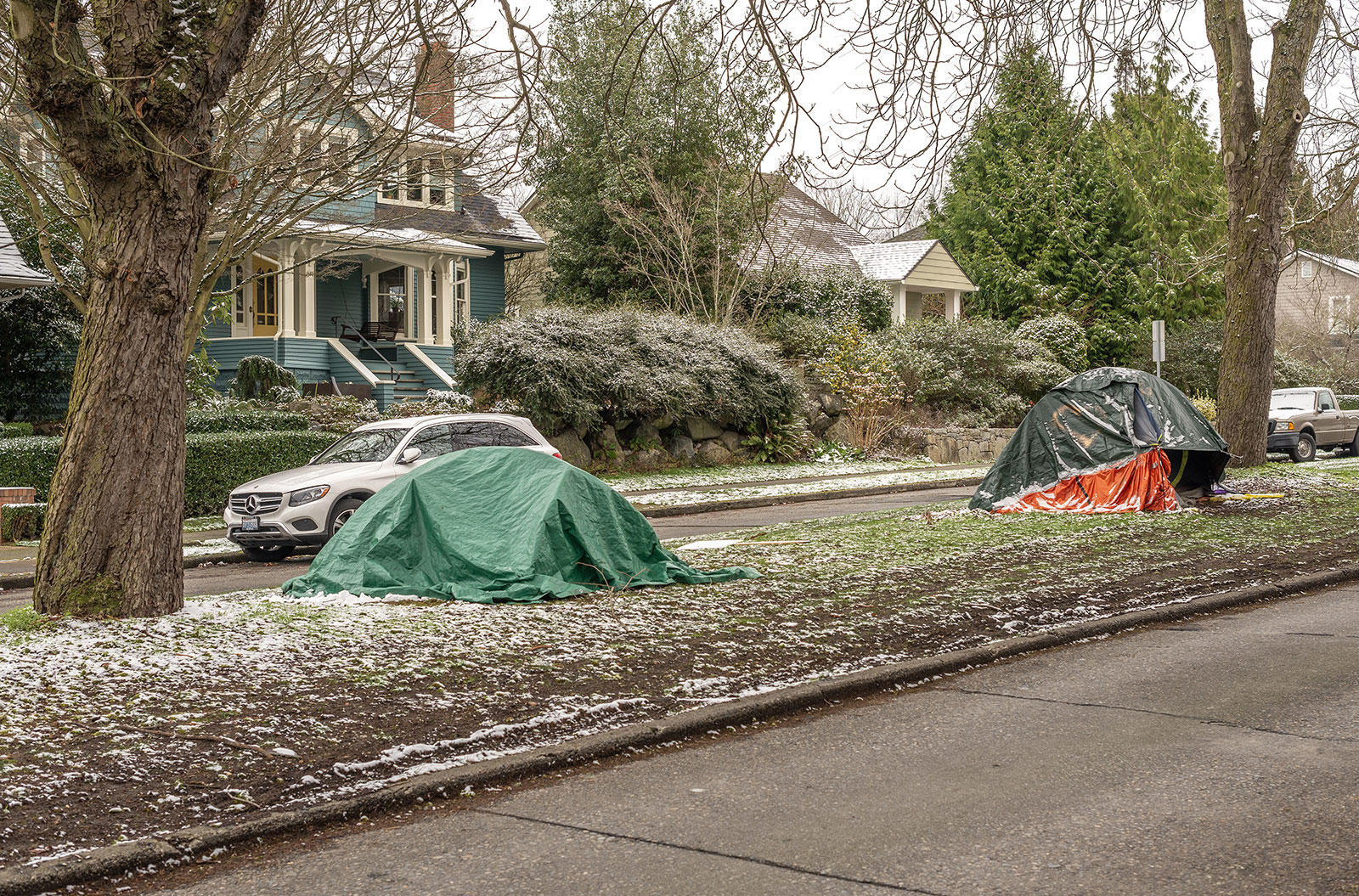 Our local building departments need to be called out for their disgraceful practices, and the rogue and reckless ways they operate must stop. We intend to contact our governing leadership about this disgraceful situation, and we implore you to do the same.

Lastly, tell your Member of Congress that it’s essential to provide funds to homelessness and housing programs during the COVID-19 pandemic.  You can do so here.

The photos in this article were taken within a one-mile radius of BUILD’s Seattle office.  Feel free to download, copy, and send these images in your correspondence with the representatives listed above.

Stay safe and sane out there,
-Team BUILD