Home 2020 June The Perfect Pitch. Pleasure in Proportion and the Big Picture: An Interview with Rick Sundberg

The Perfect Pitch. Pleasure in Proportion and the Big Picture: An Interview with Rick Sundberg

Last summer BUILD sat down with Rick Sundberg, partner and architect at SKL Architects in Seattle.  They talked about the experiences that matter most, an architect’s intuition, and lessons Seattle should learn from. 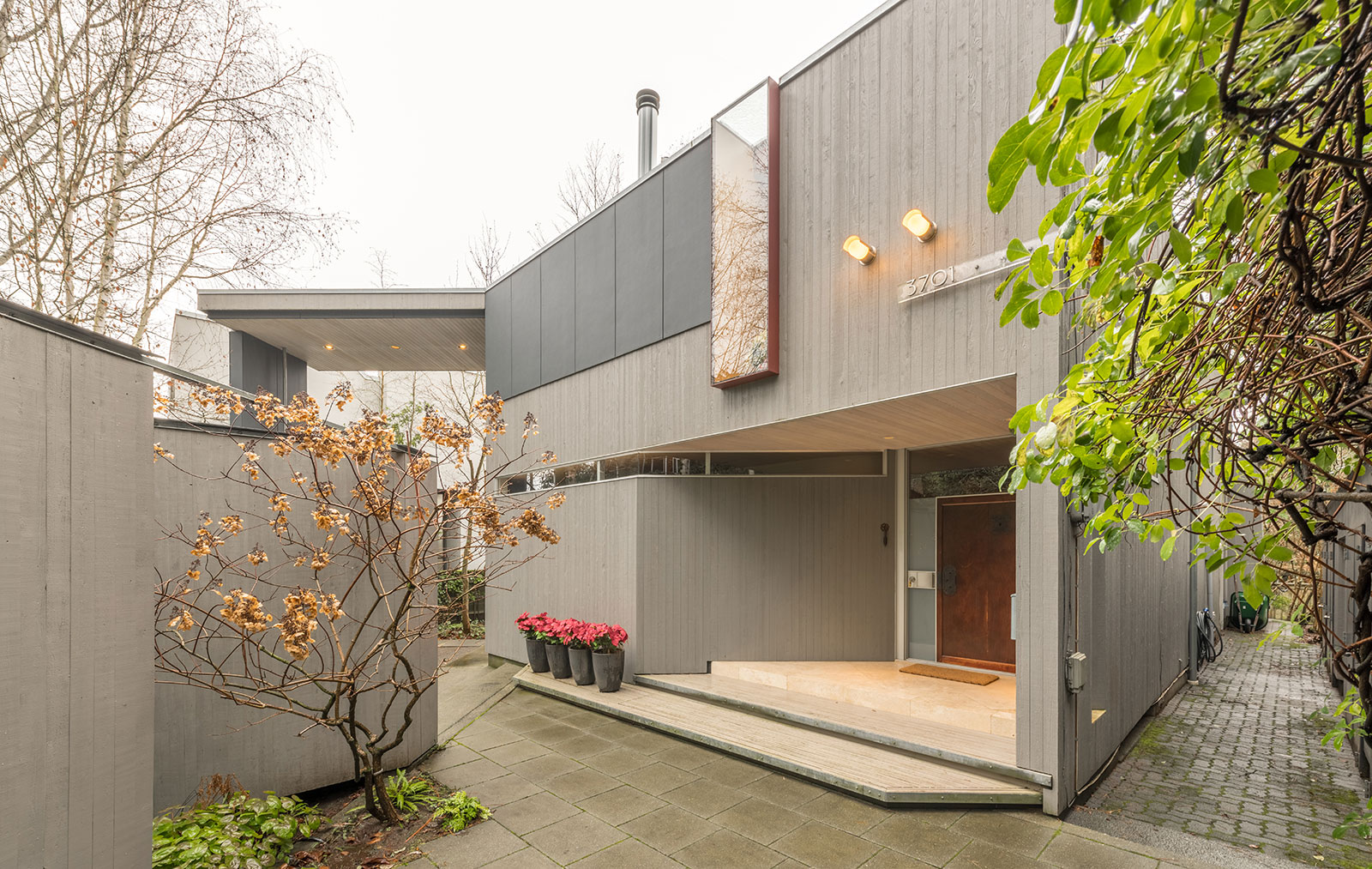 How did you get your start in architecture?
I have always been pretty lucky with who I’ve been able to work for and with. The first seven years I worked for Ibsen Nelsen, which is when I learned how to put buildings together—he gave me a huge amount of leeway. When I was in school I worked on weekends doing renderings, way back when we used ink, and every leaf on every tree had to be drawn. I was really good at that. Ibsen hired me when I returned to Seattle from traveling; he gave me a small (unbuilt) project in Ballard, and then the ill-fated Arboretum Floral Hall wound up on my desk. This was a really big project for someone who looked 18 (I was actually 24). It had a lot of components, including a huge sawtooth greenhouse called the auditorium, a lot of public spaces, an herbarium, and a few offices. We designed it, priced it, and then the troops rallied to prevent it from being realized; it was a University of Washington project, and the Arboretum Foundation supported it, but the Friends of the Arboretum opposed it.

What was a favorite project that you were involved with at Ibsen’s office?
The firm did a number of projects for Western Washington University [WWU], and I worked on a concrete building on the south end designed by Rich Cardwell and David William. Ibsen didn’t participate, so we were just a bunch of young guys making pivotal presentations to the WWU board. I gained a huge amount of experience in seven years.

Did you go straight to Olson Walker Architects from there?
After I left Ibsen’s office, I took the summer off, went through a divorce, and then I thought I might start practicing on my own, but I wasn’t really keen on that. I like working as part of a group, it’s really the most important thing to me. So, I interviewed with Jim and Gordon, and they hired me on a three month contract to work on the Pike and Virginia building. 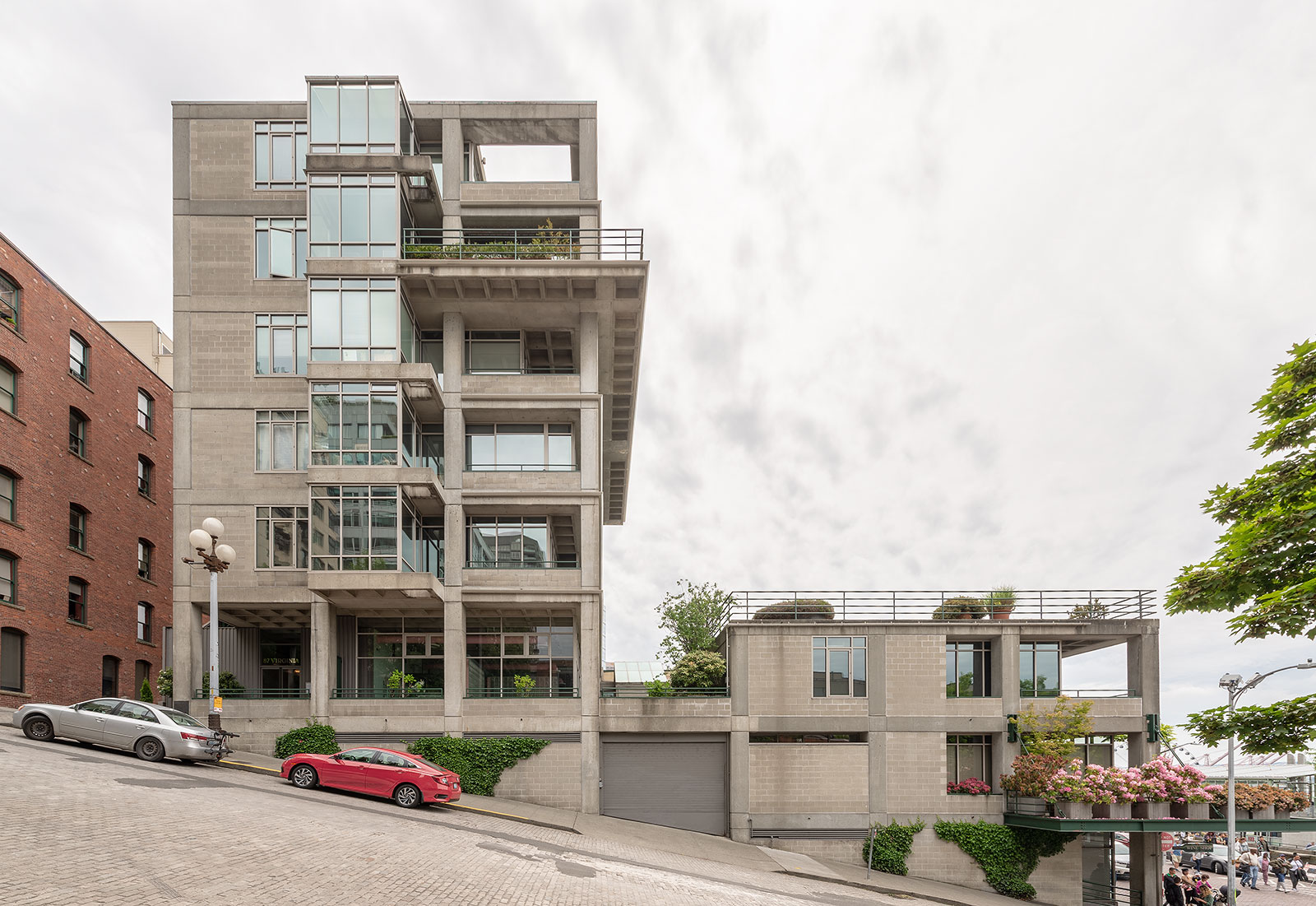 What was most significant about your 35+ years at Olson/Walker/Sundberg?
I was primarily working on institutional architecture, and then eventually Jim said, it’s time you start doing some residential projects, which was good because we had more in the office than Jim or Tom could take care of. Guess what I’m doing these days? Residential. It’s pretty much all I do. 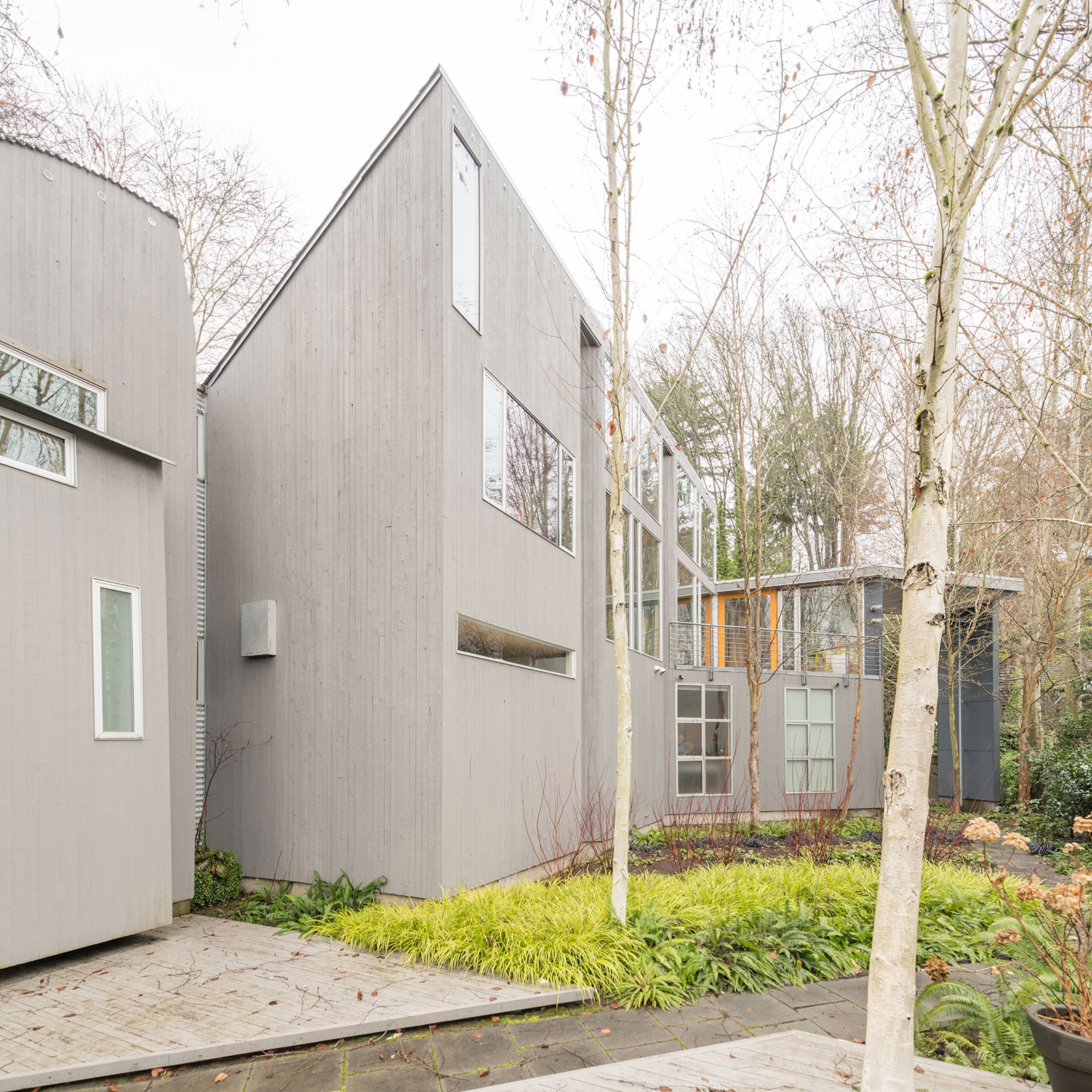 [West elevation of the Sundberg Residence]

What do you hope your lasting contributions to the various iterations of Jim Olson’s firm will be?
That’s a tough one. That legacy is a little unsettling. The contribution that I left them, and I think some of them still practice, is running the office as a studio.

It’s been said that as an architect, you have perfect pitch; what do you attribute this to?
Someone said that to me when I was in school. It’s an intuitive skill. I’d like to say I was born with it, but I wasn’t. I use a set of proportions that aren’t mathematical. They’re just good. To this day I instinctively know when something isn’t right. I drive people nuts. I’ve always been interested in proportional theory, but I find at the end of the day that I’m too impatient. 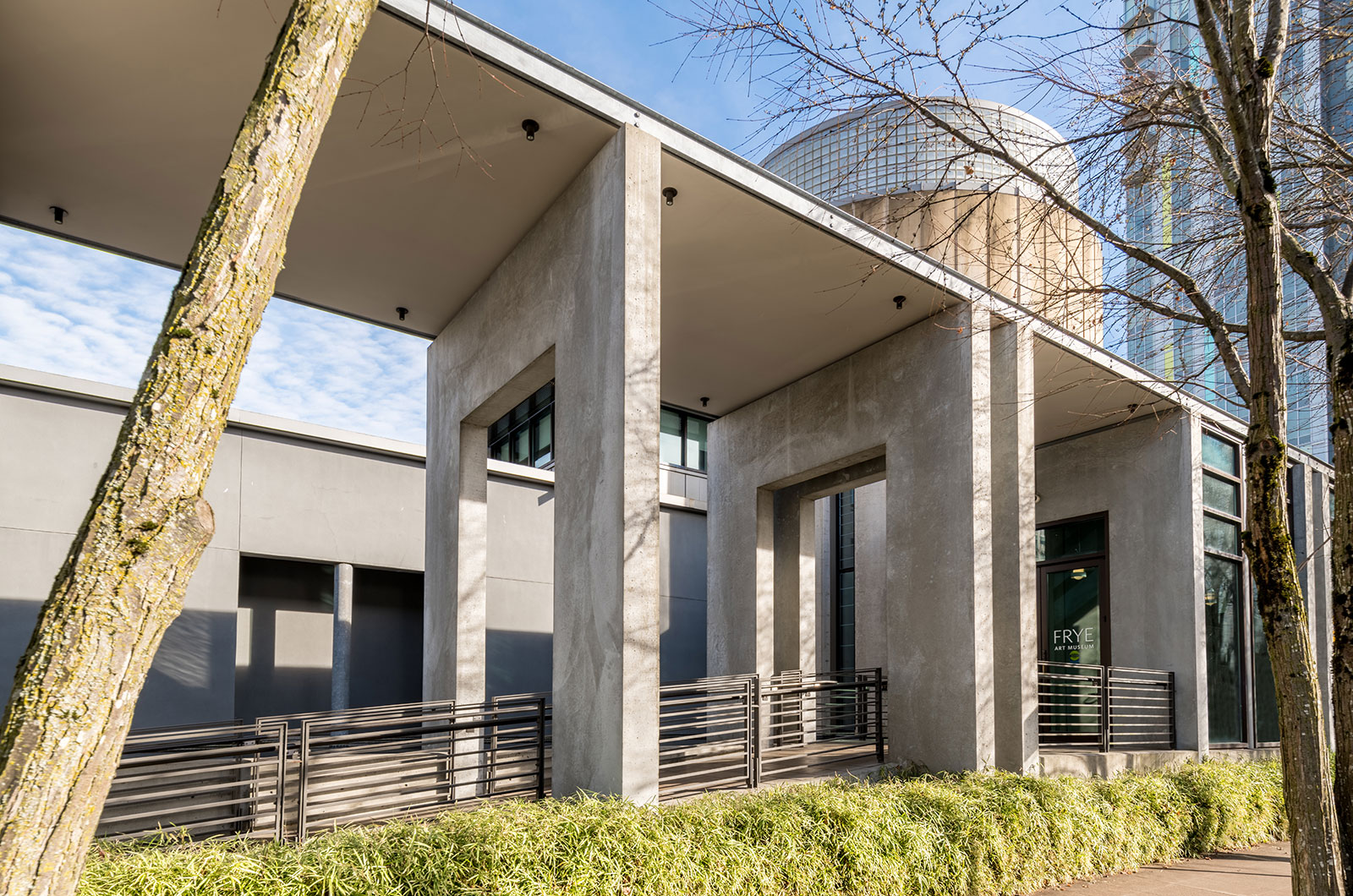 Rhythm, repetition and order are instrumental in your work. Is there a point at which you feel the need to free yourself from your own orderliness?
Yes, absolutely. I’m currently working on a competition in Melbourne, Australia, which is very ordered and with a lot of big moves, but I’m always looking to break the rules. I did two small entries for a Latvian competition recently, and both projects allowed me room for a little exploration, to break the rules. I didn’t win, but I should have. One of them was a silent meditation cabin, and I wanted the plan and the section to be identical, but they didn’t want it to be a cube. So, I had to come up with a shape that achieved this in the space of 14-square-meters. You know how sometimes trees fall down and they get caught on the limb? I thought, that’s neat, I think I’m going to use this for the competition, and I solved everything and we made the plan and section match. Those small challenges are important to me. I don’t want to get bored with myself

What brought you into the urban planning side of the profession?
Well that goes back to Ibsen, who was one of the people who in 1968 formed the Seattle Design Commission, and I had a sense that the advisory group was something that was really important to be involved in. So I engaged and Mayor Schell hired me. I found that I enjoyed thinking about things at that large of a scale. And I also really liked knowing what was going on in the city. I would never say that I was very influential in that arena, but I certainly had a lot of opinions. Everyone has something they can contribute to society, and this one was easy for me. I never missed a meeting, and I eventually found myself as the chairperson, and I discovered that I was good at it.

Your website states that SKL projects are guided by the philosophy that buildings should give back more than they take. Can you speak to this?
We have decided that the overarching goal for all of our projects is that they should give more than they take; they have to respect and serve the cultures and communities in which they are located. Our firm is very concerned with how our projects fit into the bigger picture. 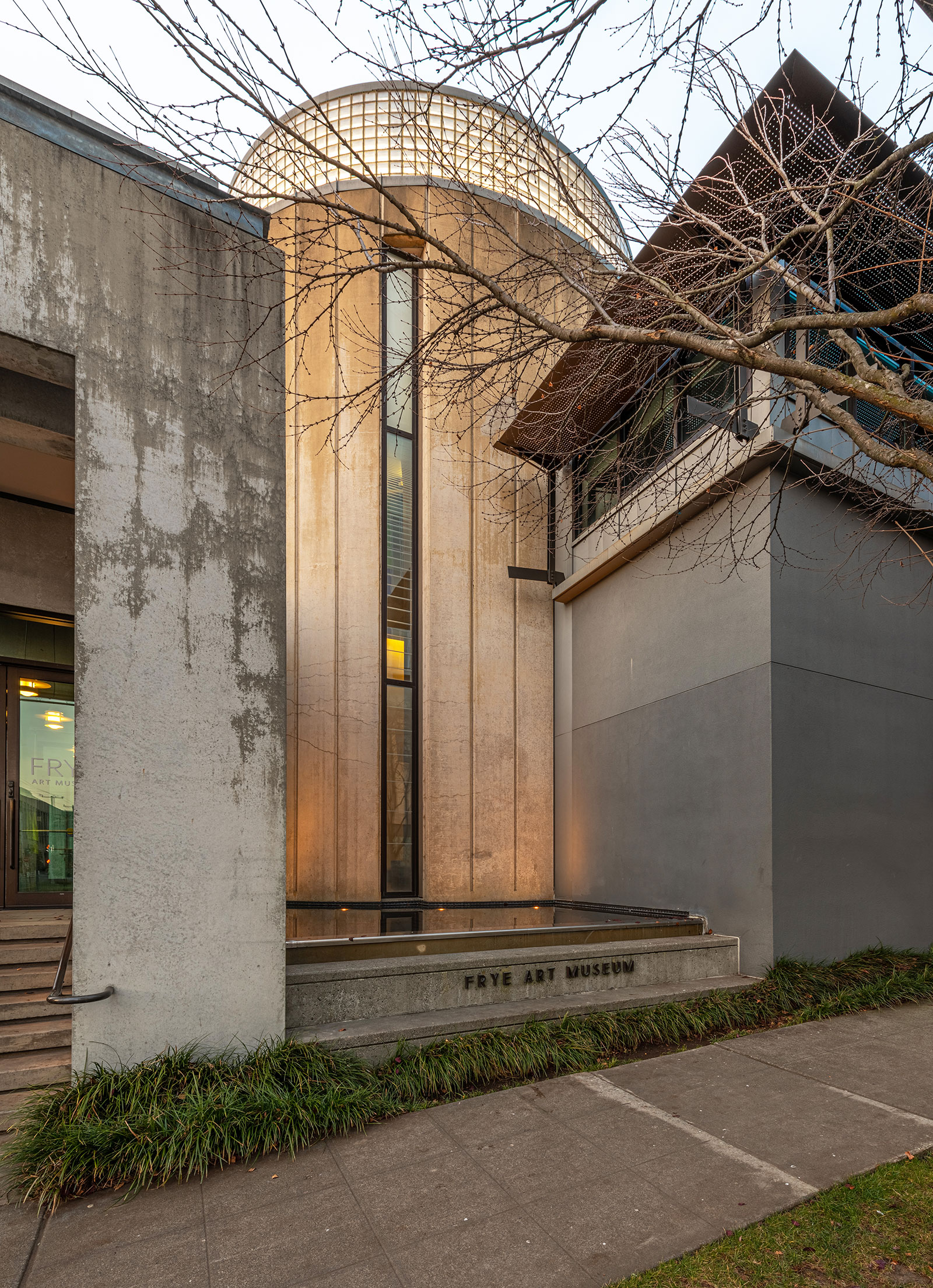 What is Seattle currently missing or ignoring in its urban planning ambitions?
If Seattle could chop off a leg, it would be South Lake Union [SLU]. We didn’t learn anything over there as far as I can tell. SLU projects had to get a blessing from the Design Commission, but they could also go around us because the Design Commission is just advisory.

As the City takes on large-scale transformations, like the development of the waterfront and engaging in conversations about lidding I-5, what should Seattleites be conscientious of?
Seattle doesn’t execute big ideas well. The waterfront is a big idea, and if we get it done properly it will be a precedent. I worry about other big projects, like putting a lid on the freeway. Why not just try to do one block?

What cities do you study as examples for Seattle to learn from?
I used to go to Rome a lot and I would think: why can’t we do something simple like Quattro Fontane? Let’s just put a little park on each corner. Let’s try smaller, well designed interventions, instead of the big moves that don’t seem to go anywhere. If I could go back and use knowledge that I have now, I would write about simple strategies.

What’s the best mistake you ever made?
The oculus at the Frye Art Museum was part of the existing building, however we designed complementary cardinal projections that were supposed to start at the center of the building, but we accidentally placed them so they would radiate from the oculus. It’s the coolest thing ever and nobody planned it. It was an accident. 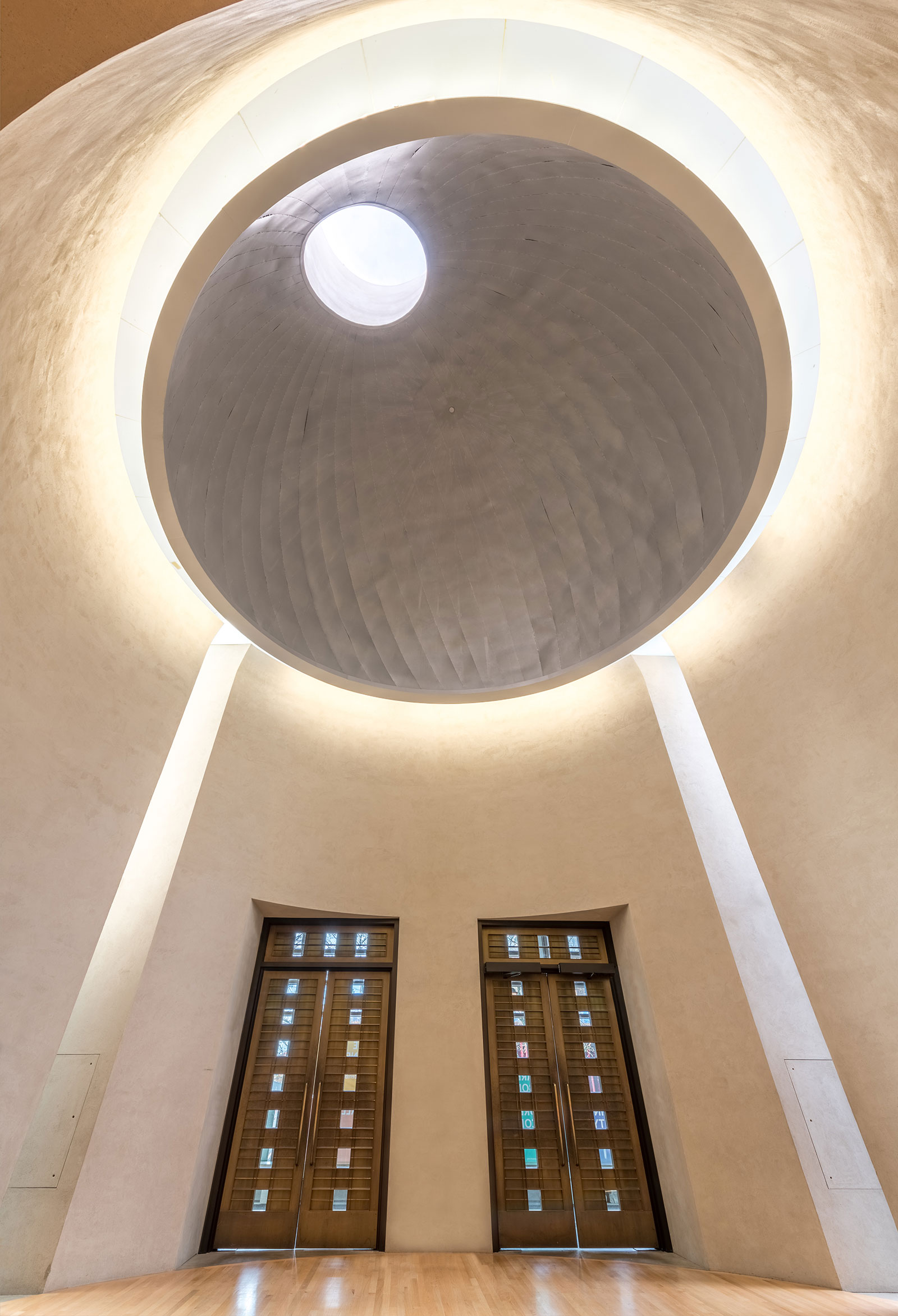 What architectural challenges are you currently enjoying?
Smaller projects are the most rewarding—they don’t require much real estate and crafting them is enormously gratifying; multi-generational family architecture is also very fulfilling. We enjoy investing our time in projects that give back to the environment and communities.

What would you like to accomplish that you haven’t yet?
My current focus is definitely geared toward the smaller scale; I’m spending a lot of time designing furniture and other similarly-sized objects.

How has the business of running an architecture practice changed over the course of your career?
You used to only need a drawing table to begin, for a total investment of $300 bucks. Anyone could do it. It really wasn’t complicated. Now you have to have software packages and subscriptions—our bill for those is extremely high. Space is much more expensive, and not better. It’s different.

You are currently mentoring your daughter, who works with you at SKL. What is the most important knowledge to impart to her and her generation?
She is mentoring me! We have a very professional relationship; she calls me Rick and we have a rule about no family discussion in the office. I’m trying hard to get her to carefully consider how to put things together, and to impart the elusive thing I have about proportions.

What do you most warn her about regarding the profession?
Well, she won’t be thwarted by me. But it has just gotten so difficult to do anything, and while I agree with much of the complexity — such as better materials, using less energy, better code —our practice is exponentially more complicated than it used to be, and will continue to become more so. Also, code and entitlements have changed drastically. We recently tried to design an addition to a project we designed 13-years ago, but because the code downsized, we could only add 142-sf. I worry that nobody is going to want to take the time to fully comprehend a project before designing it.

What is the secret to running a successful architecture practice?
Collaboration. The best idea wins. I have found over the years that collaboration leads to better ideas. The best projects that I have ever been in charge of were all the product of collaboration. 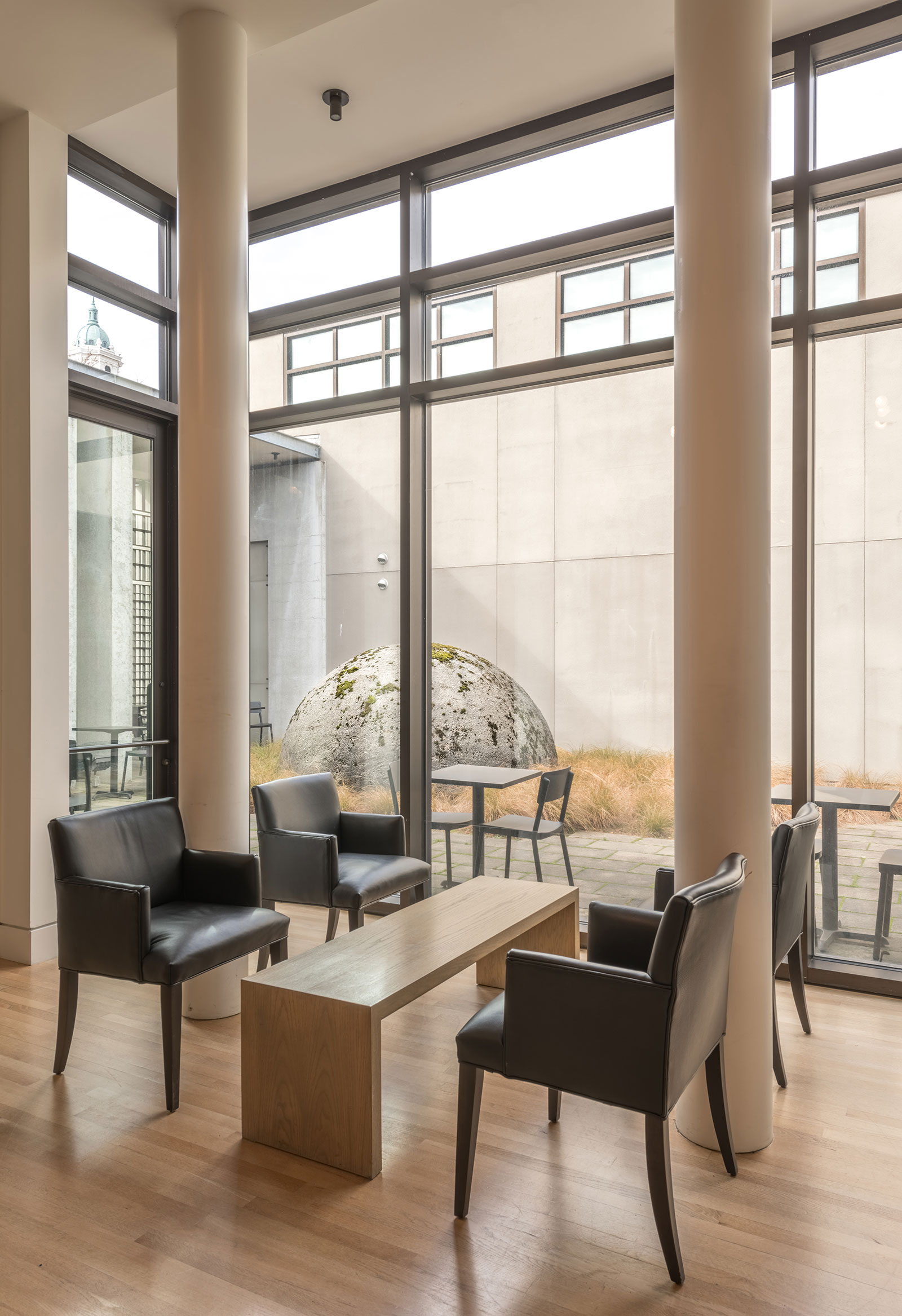 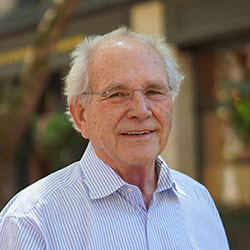