Home 2019 October Sommarstuga Study: How the Scandinavians Have Mastered the Art of the Summerhouse

Sommarstuga Study: How the Scandinavians Have Mastered the Art of the Summerhouse 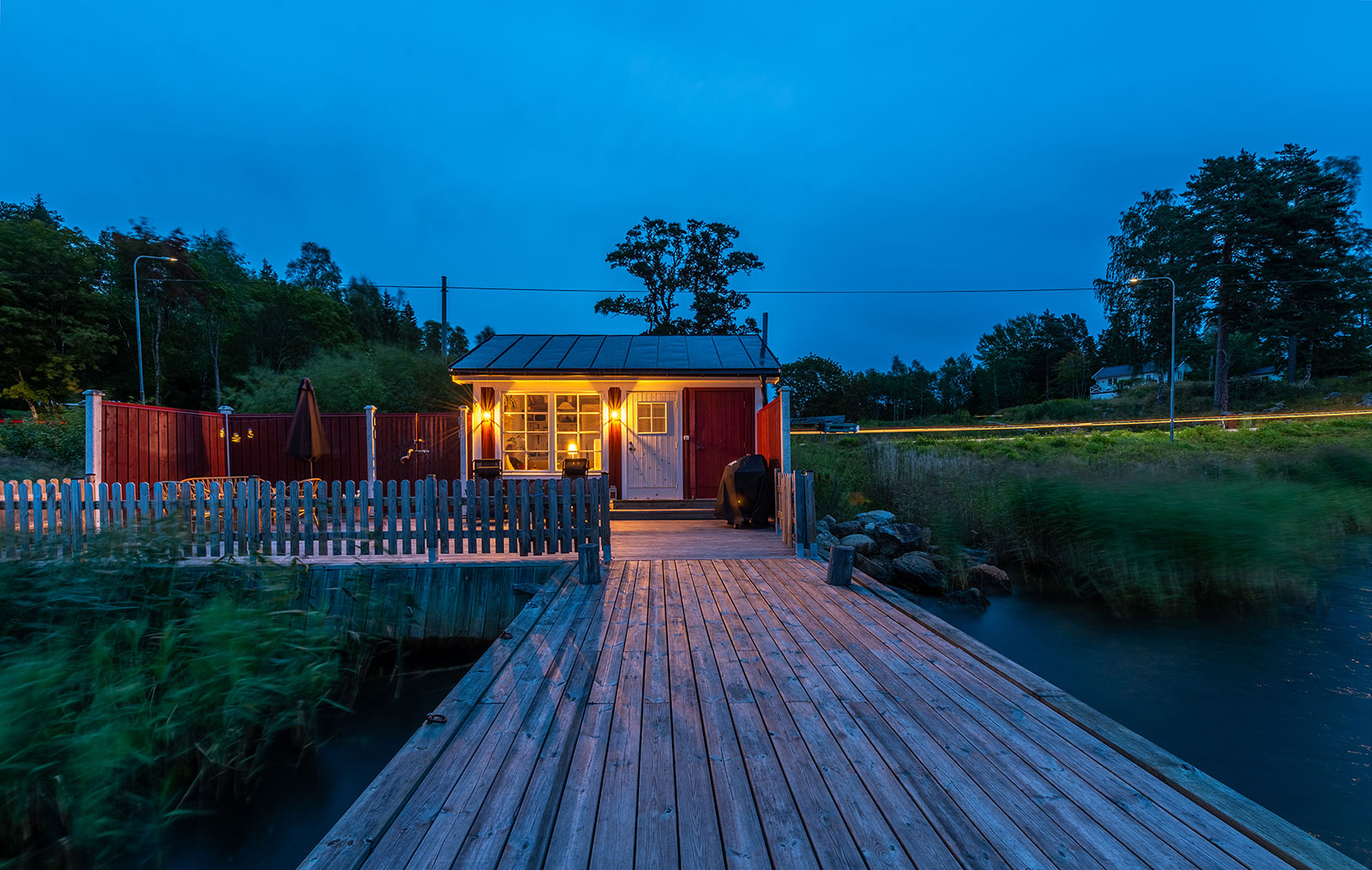 Recently, we took a road trip through Scandinavia with a single architectural agenda: to study the Scandinavian summerhouse, or sommarstuga as the Swede’s fondly refer to them as. They pronounce this gently, with a ceramic mug of strong coffee cupped between their hands, and there is a wistfulness in their voices when sommarstugas are discussed.

We embarked on a photographic study of the sommarstuga because the Scandinavians have perfected this architectural wonder and the lifestyle it nurtures. In Denmark, Sweden, Norway and Finland, these playful little structures are everything they need to be and nothing more. They require little in the way of maintenance, worry, or purchase price, leaving more time and mental space to actually enjoy the summer. Traveling 1,000+ miles in Sweden and Norway this summer, staying in sommarstugas all along the way, it became apparent that the Scandinavians have mastered the summerhouse for a handful of simple, sensible reasons—so simple and sensible, in fact, that many hide in plain sight. We observed ten noteworthy characteristics that distinguish the genuine Scandinavian summerhouse. 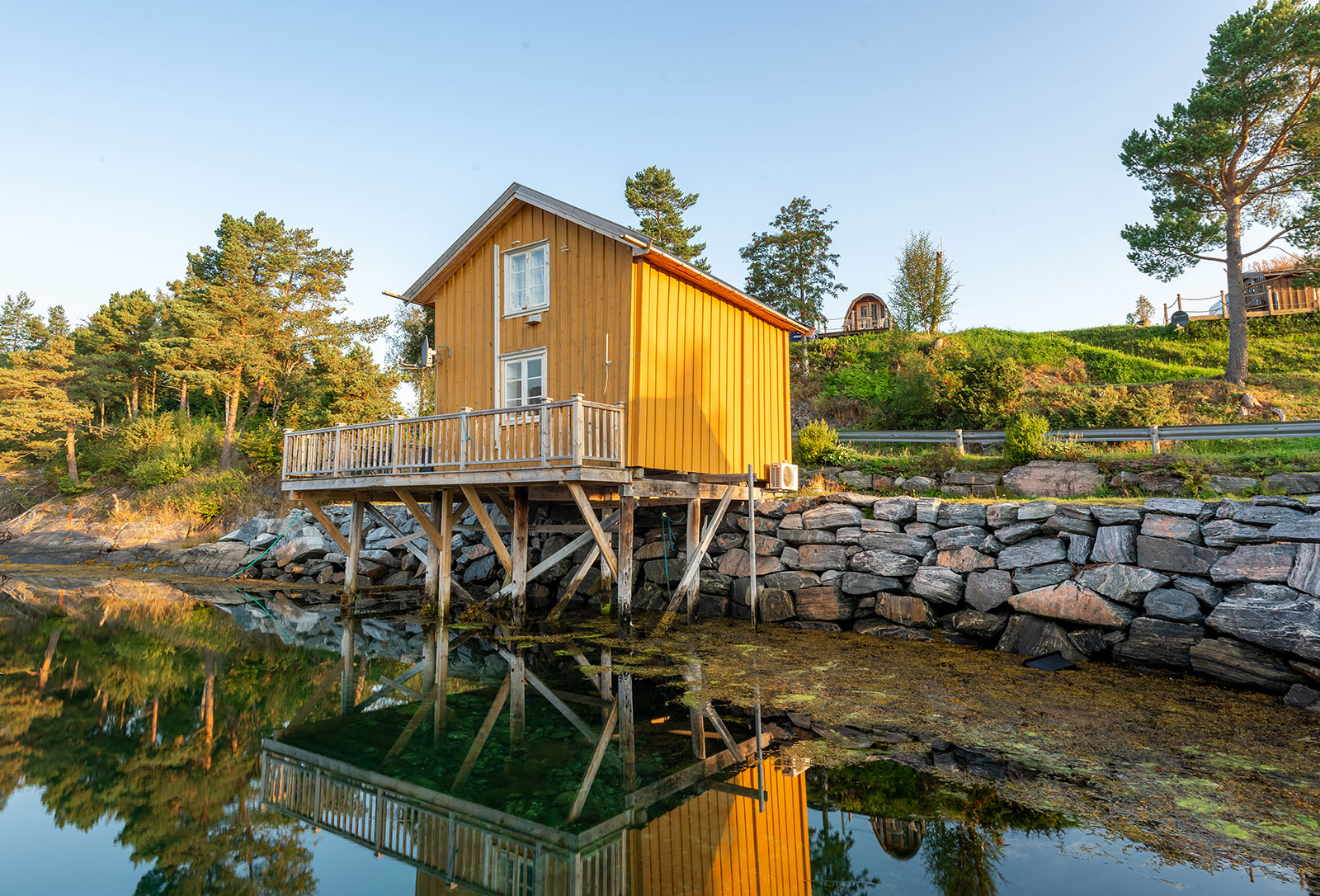 1. Despite the perception created by design blogs and magazines, the vast majority of Scandinavian summerhouses are not sleek and modern. Most were designed and built in previous eras, with materials and methods from the late 1800s through the 1930s. 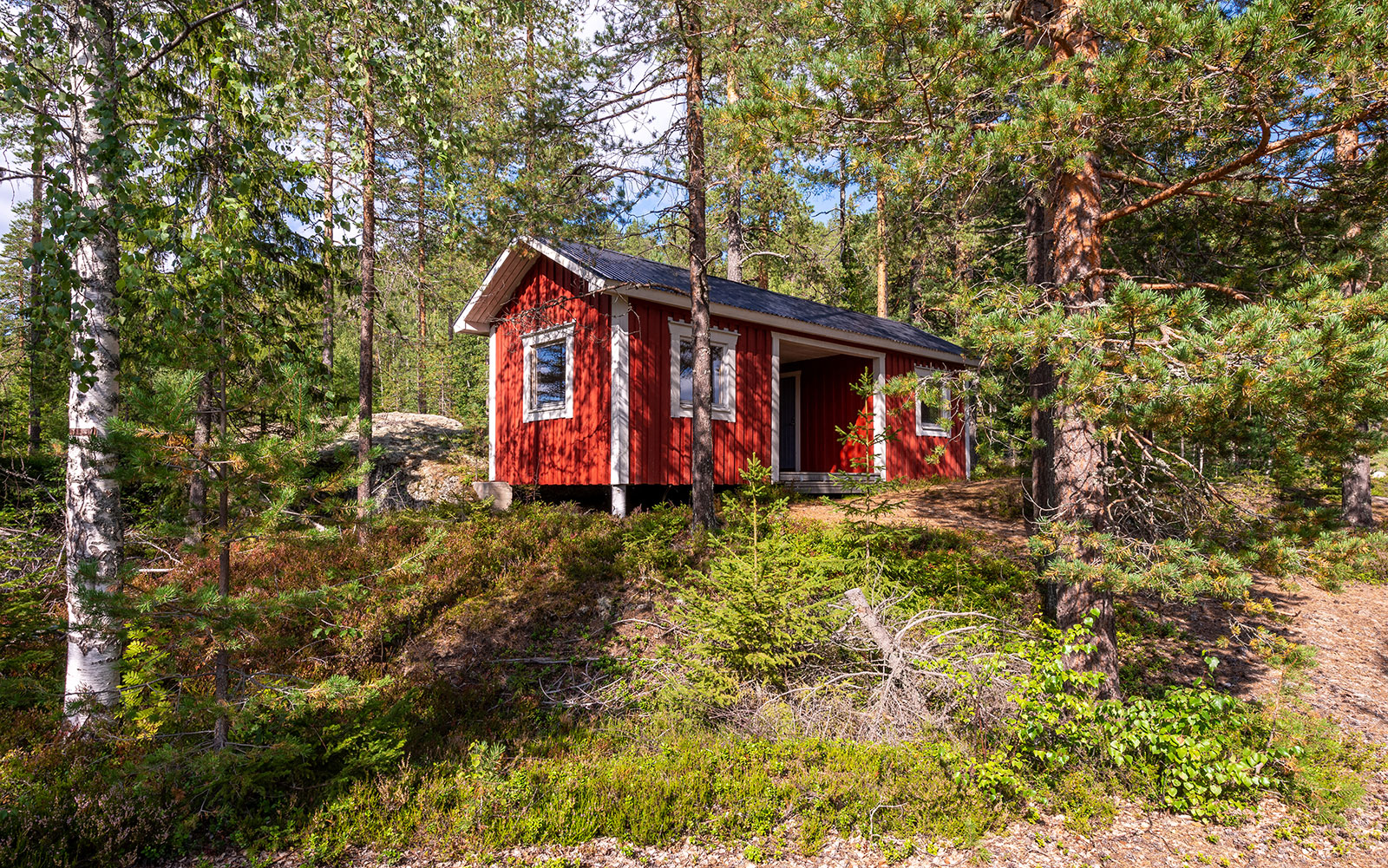 2. Scandinavians keep summer houses in their families for many generations and they take good care of them. 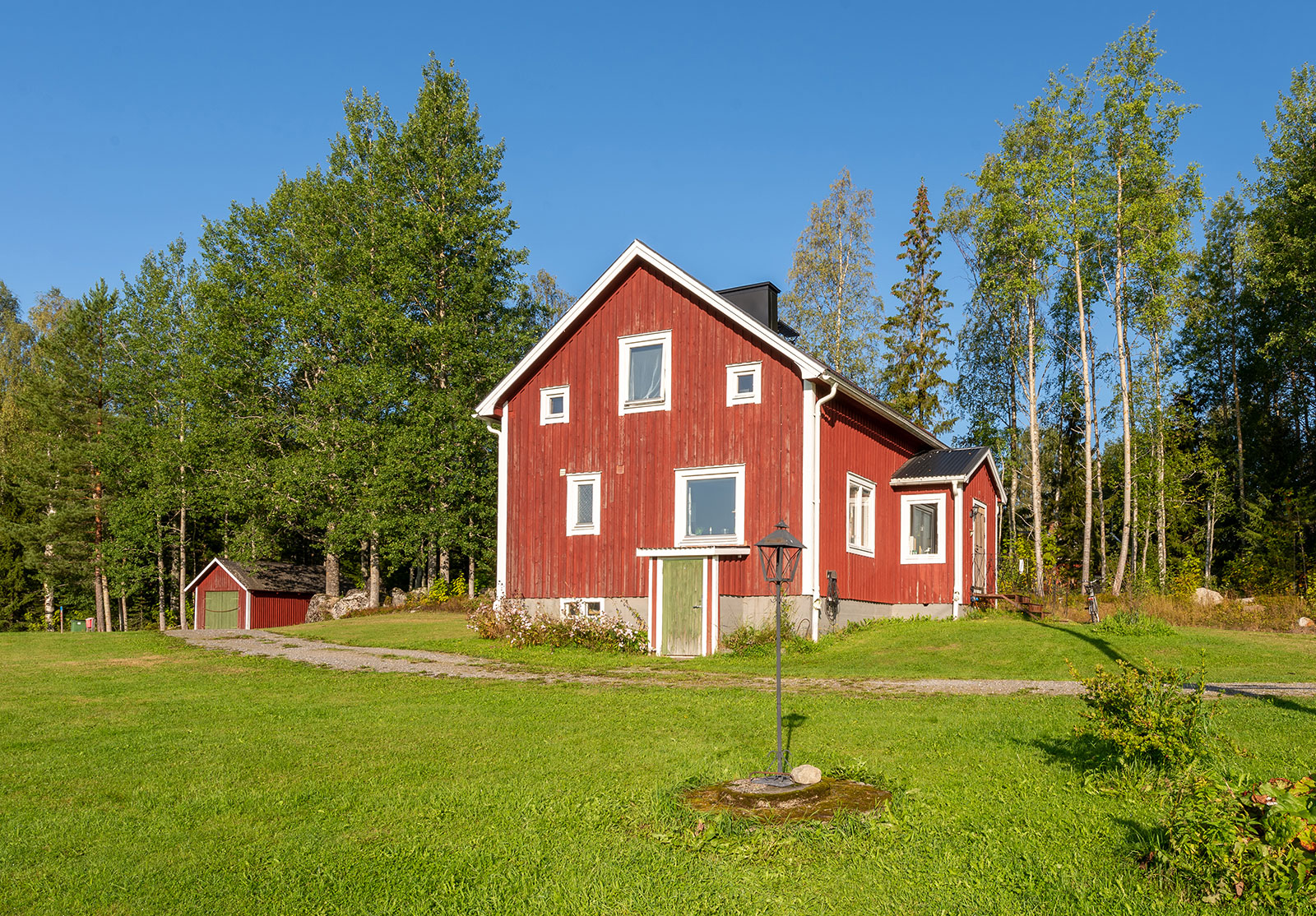 3. Consistent colors produce harmony within the landscape. Most summer houses in Sweden are painted falu red, historically produced from the tailings from the copper mines at Falun, Sweden. Windows, doors, fascias and corners are highlighted in white. This uniform color palette allows dozens of otherwise disparate structures to pleasantly blend into the countryside. 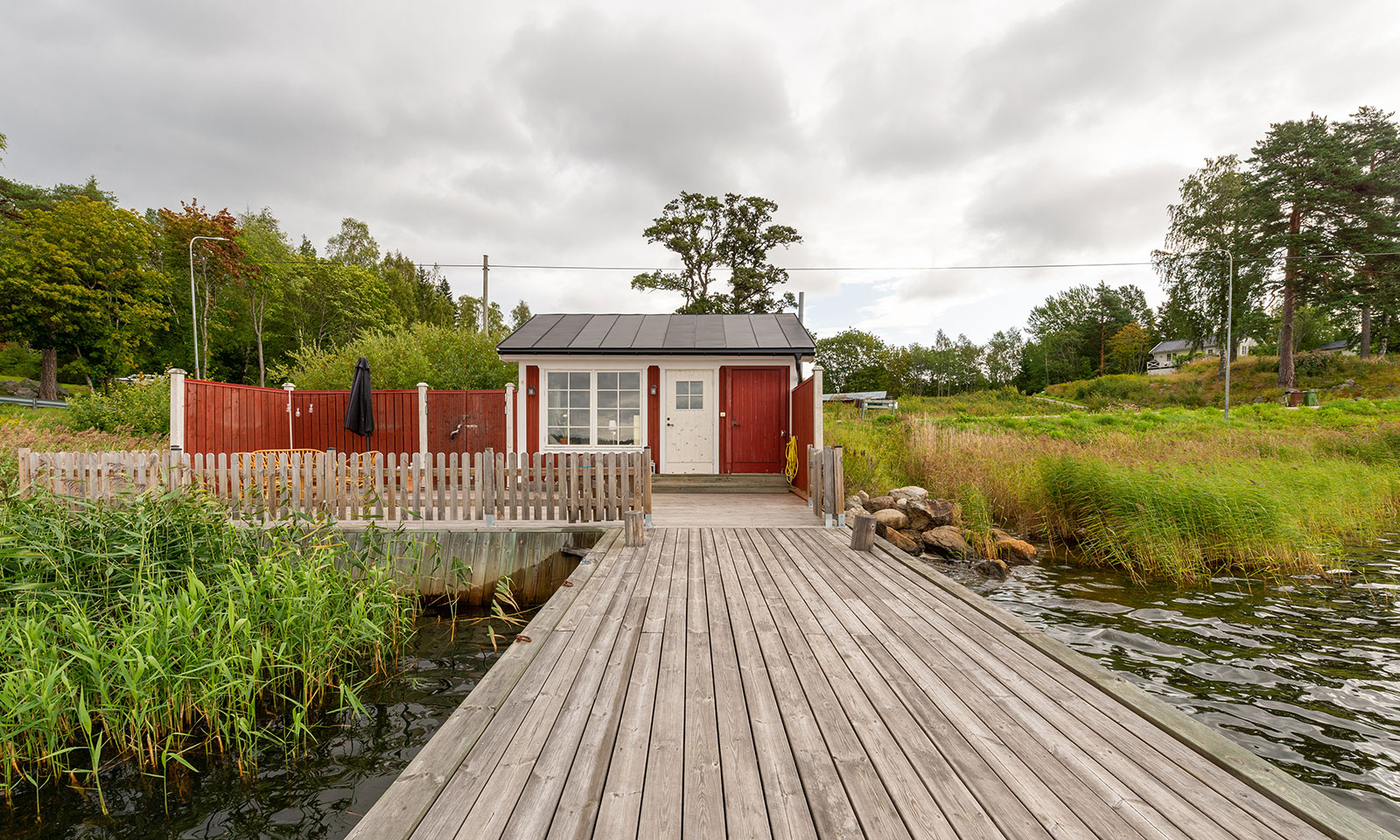 4. Scandinavian summer houses are small. Many have just two simple rooms; a common area and a bathroom. The common area typically includes a small kitchenette, somewhere to sit, and a bed or two. It’s not unusual for the bathroom to be constructed as a wet room with doors that fold out to enclose the shower. A luxurious summerhouse might have a bedroom or two. Sometimes attic space is used as a sleeping loft accessible by ladder. 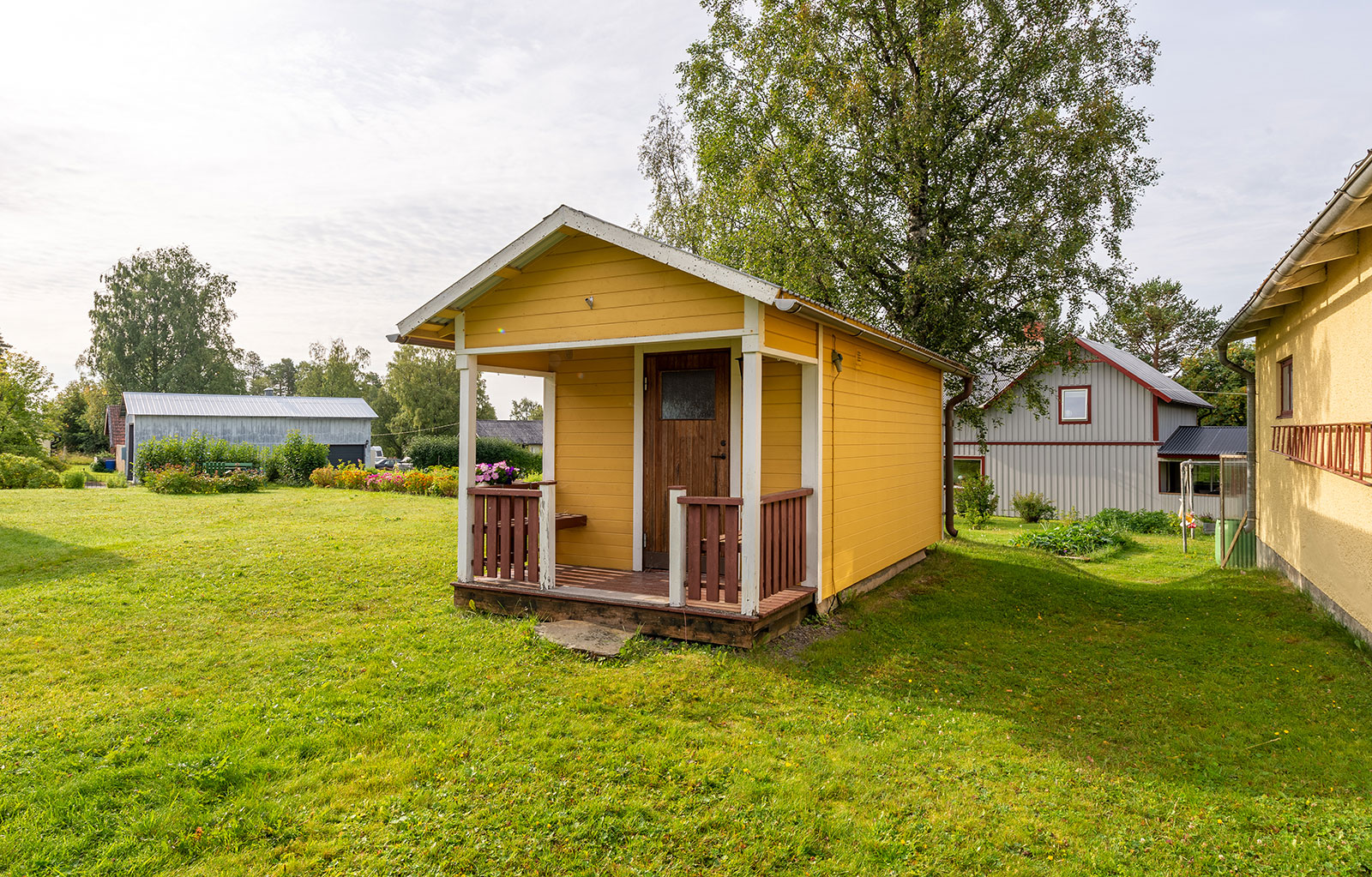 5. Scandinavian summerhouses are about being outside and enjoying the environment. 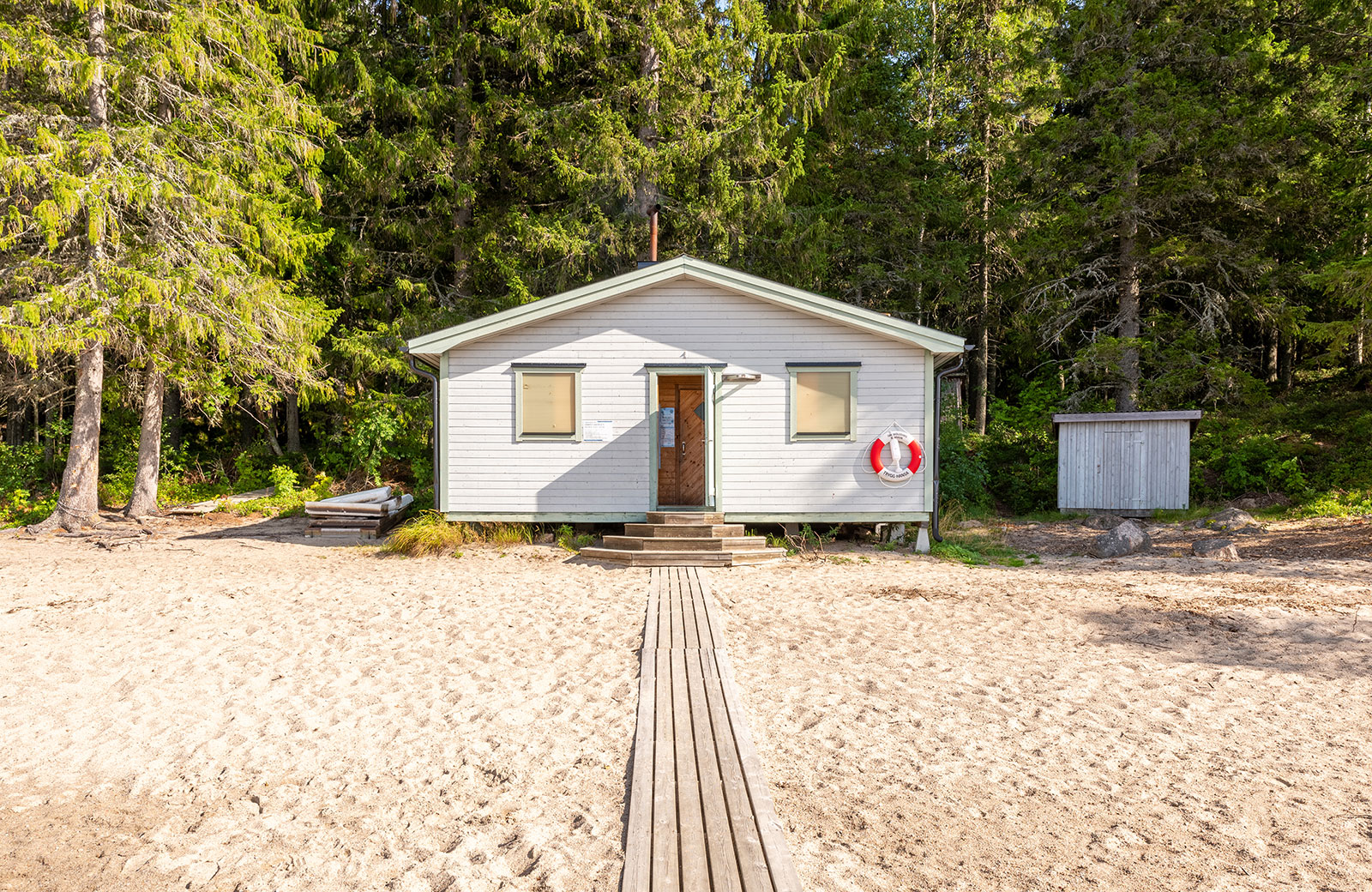 [A shared lakeside sauna and changing room near Gideå, Sweden]

6. Amenities like saunas are often shared among several cabins. 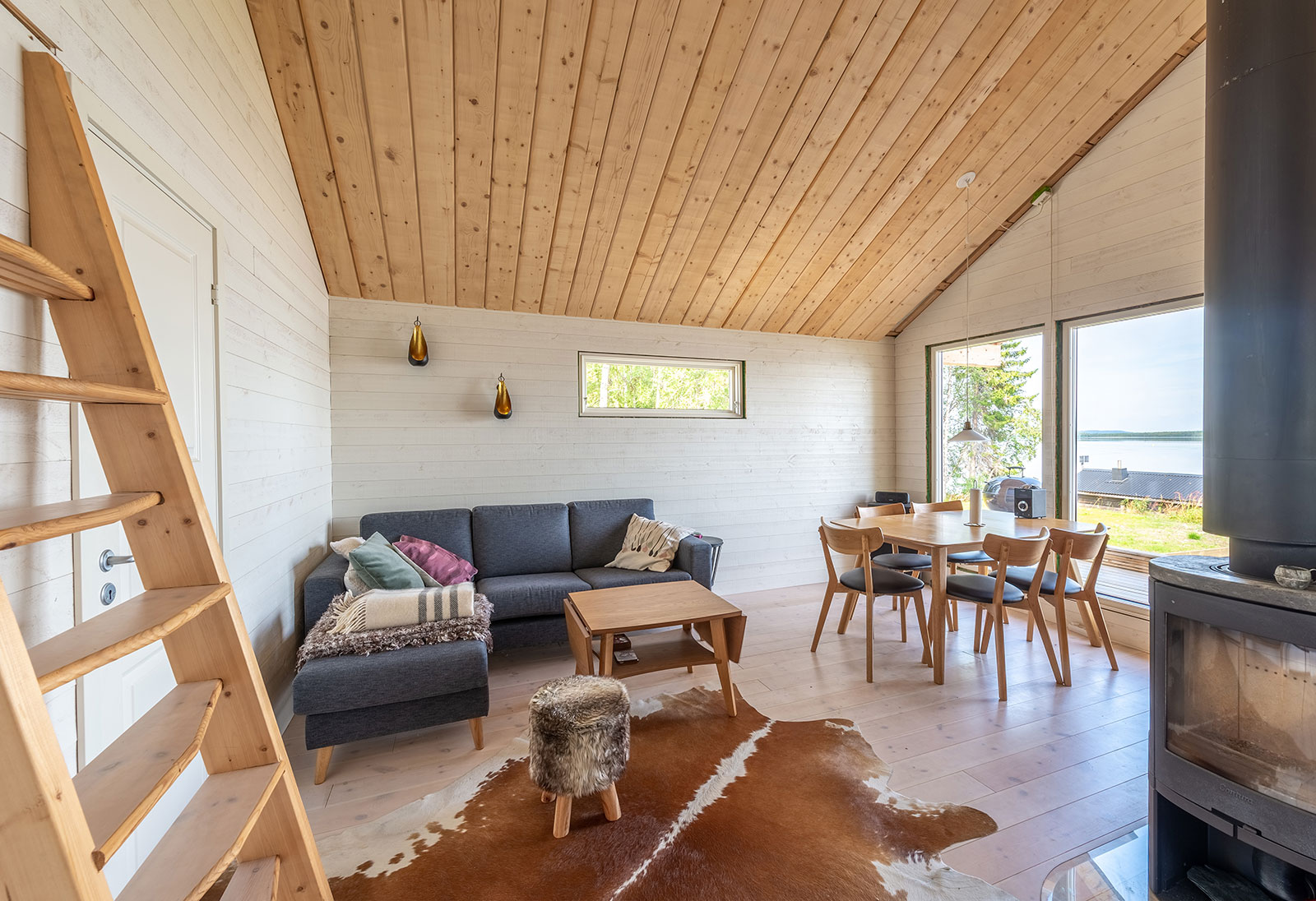 7. The interior aesthetic is minimal and airy. White walls allow the spaces to be brighter and seem bigger. There’s no clutter because Scandinavians don’t buy what they don’t need, and what they do need is put away. Natural materials and textures play a role in the interior feel.

8. The utilities are kept primitive. Heating systems typically involve a wood-fired stove. Lighting is minimal because when it’s dark, it’s time to go to bed. And it’s not unusual for a summerhouse in Scandinavia to use an outhouse. 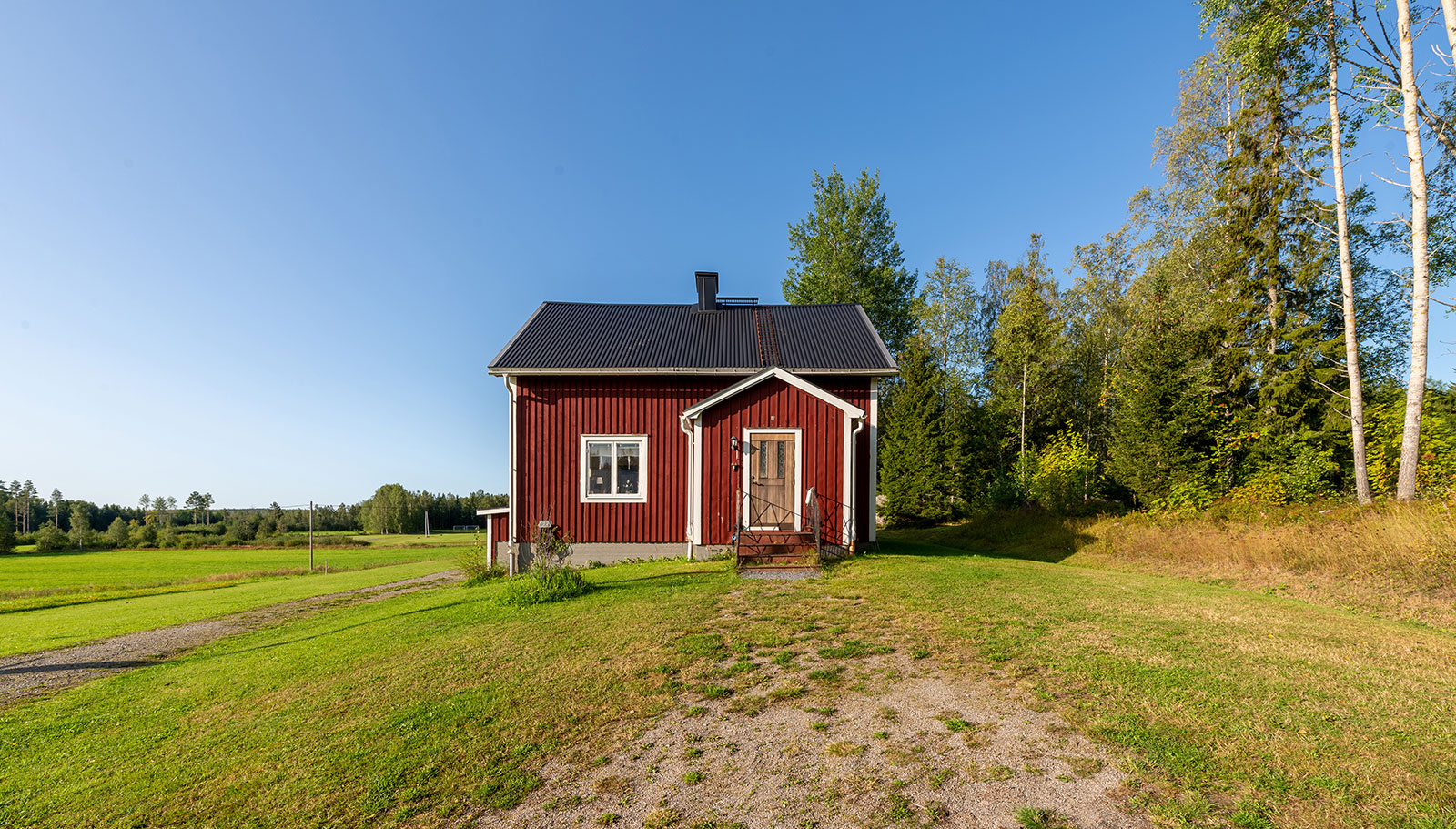 9. The construction details of a Scandinavian summerhouse are basic and made from standard parts. Most of these structures use board-and-batten siding and corrugated metal roofs. This allows a homeowner to make repairs using common knowledge and a basic set of tools. 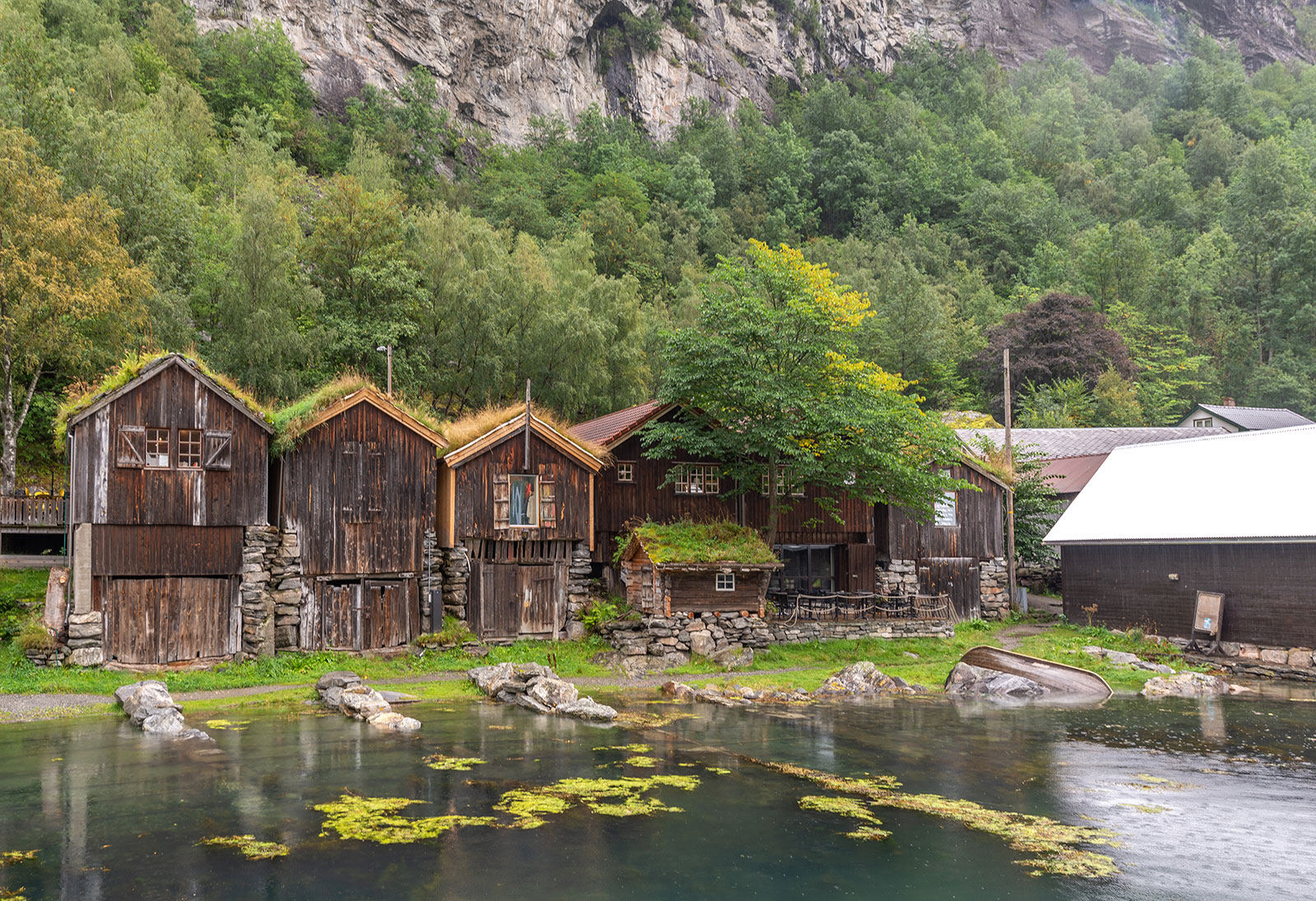 10. The materials and methods are sensible and appropriate to the region. Moving into Norway, most summer cabins are stained brown (as this region doesn’t have access to the falun red pigment of Sweden). The roofs are often topped with sod, as the extra weight compresses the more common log structures in Norway, making the walls more draught-proof (and providing an added layer of insulation).

Without taking themselves too seriously, Scandinavian summer cabins achieve a near perfect balance between shelter and enjoyment. The coziness they offer allows their inhabitants to better appreciate nature, friends, and family. In Scandinavia, the summer cabin treads lightly on the land, creating a footprint just big enough so that humans can be stewards of the land. The rest of the world could learn a great deal from the Scandinavian summer cabin, perhaps, most importantly, that doing less allows for more.

More images from this summer house study can be viewed here.