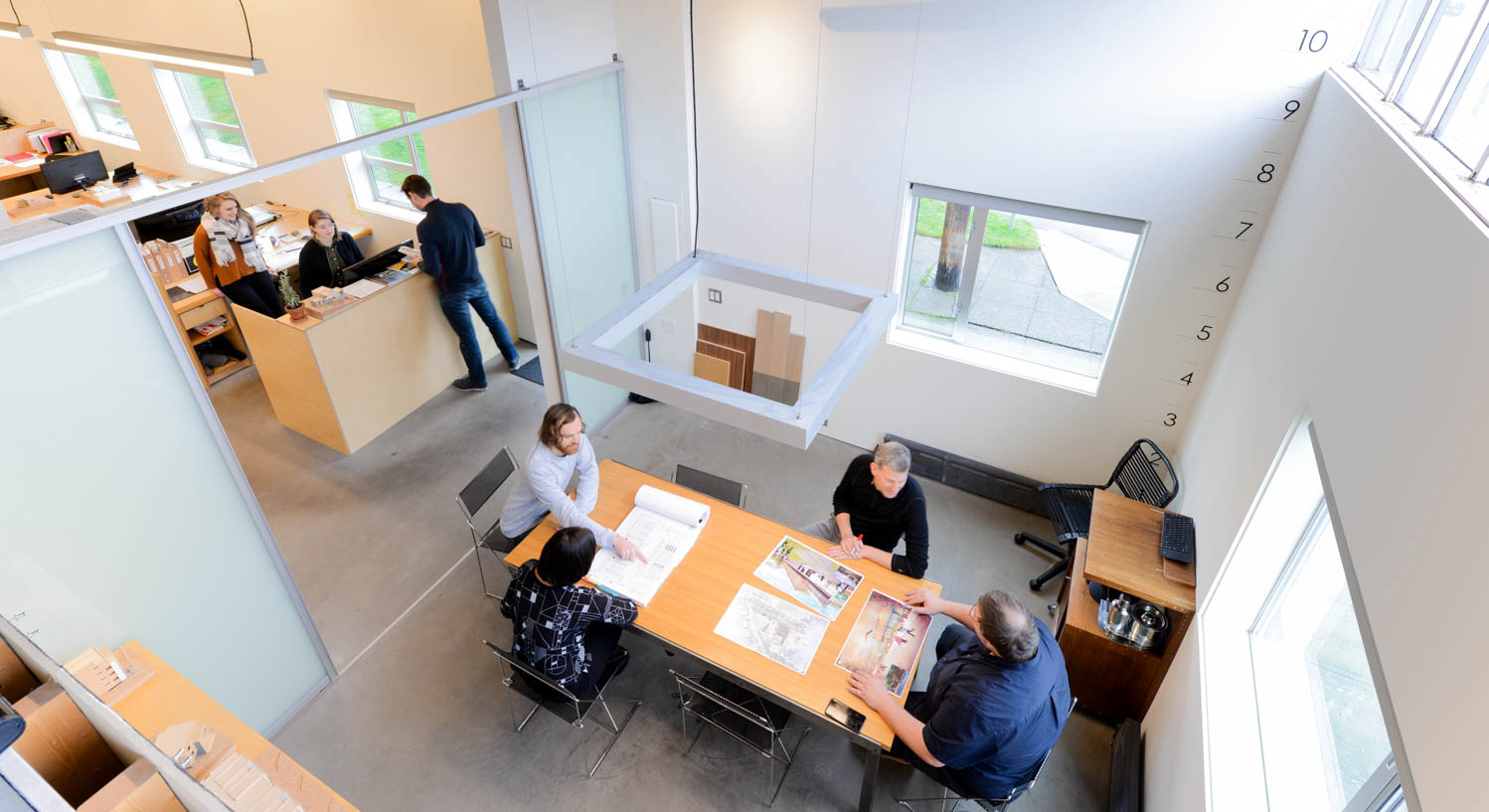 This month marks the 20th anniversary of when BUILD’s founder, Kevin Eckert established a small design-build company in 1999. Hundreds of projects later, dozens of talented people have worked with us; we’ve fostered over 60 academic quarters worth of internships; we’ve published over 800 blog posts; and we’re now in our fifth studio space. It’s been challenging but rewarding, grinding but inspiring, demanding but productive, and we wouldn’t trade it for anything. The last 20 years of BUILD defined our professional trajectories, influenced our personal lives, built our environments, and created our communities. It’s been an honor to design and build with such an extraordinary team here in the Pacific Northwest. To mark the occasion, today’s blog post is a status report—where we are, and where we’re going next.

MULTI-FAMILY AND MIXED-USE PROJECT
Since developing, designing, and building the Park Modern building in 2007, we’ve been adamant about creating design-forward, multi-family buildings that pencil out financially, and add important building blocks to the urban fabric of Seattle and surrounding areas. We have five such projects in the studio at the moment, all in various stages of design and permitting. 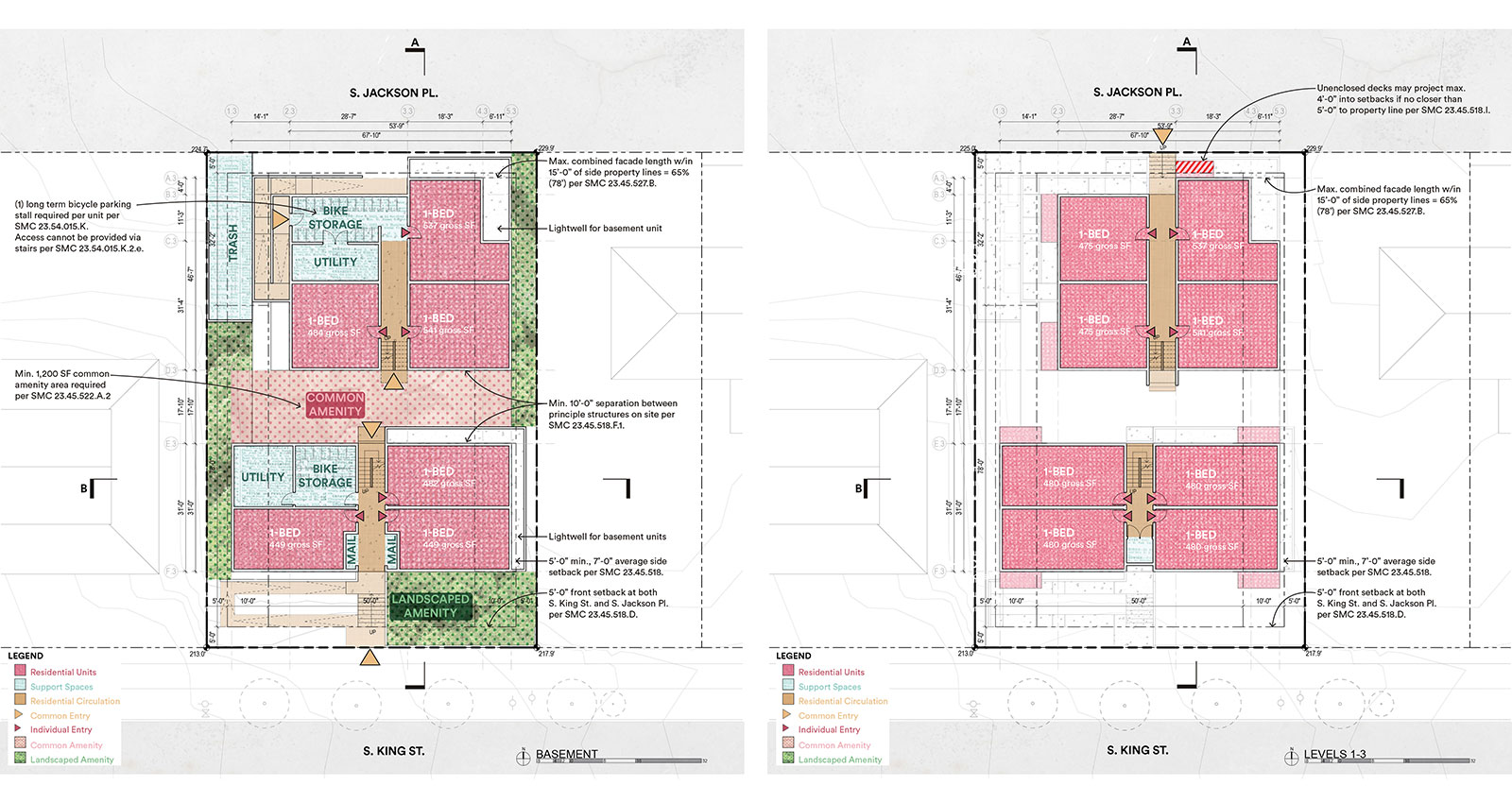 King Street Flats multi-family project, Central Area, Seattle
The project is being intentionally designed as two-small buildings in order to better scale with the surrounding neighborhood, and is also in design review with the SDCI. 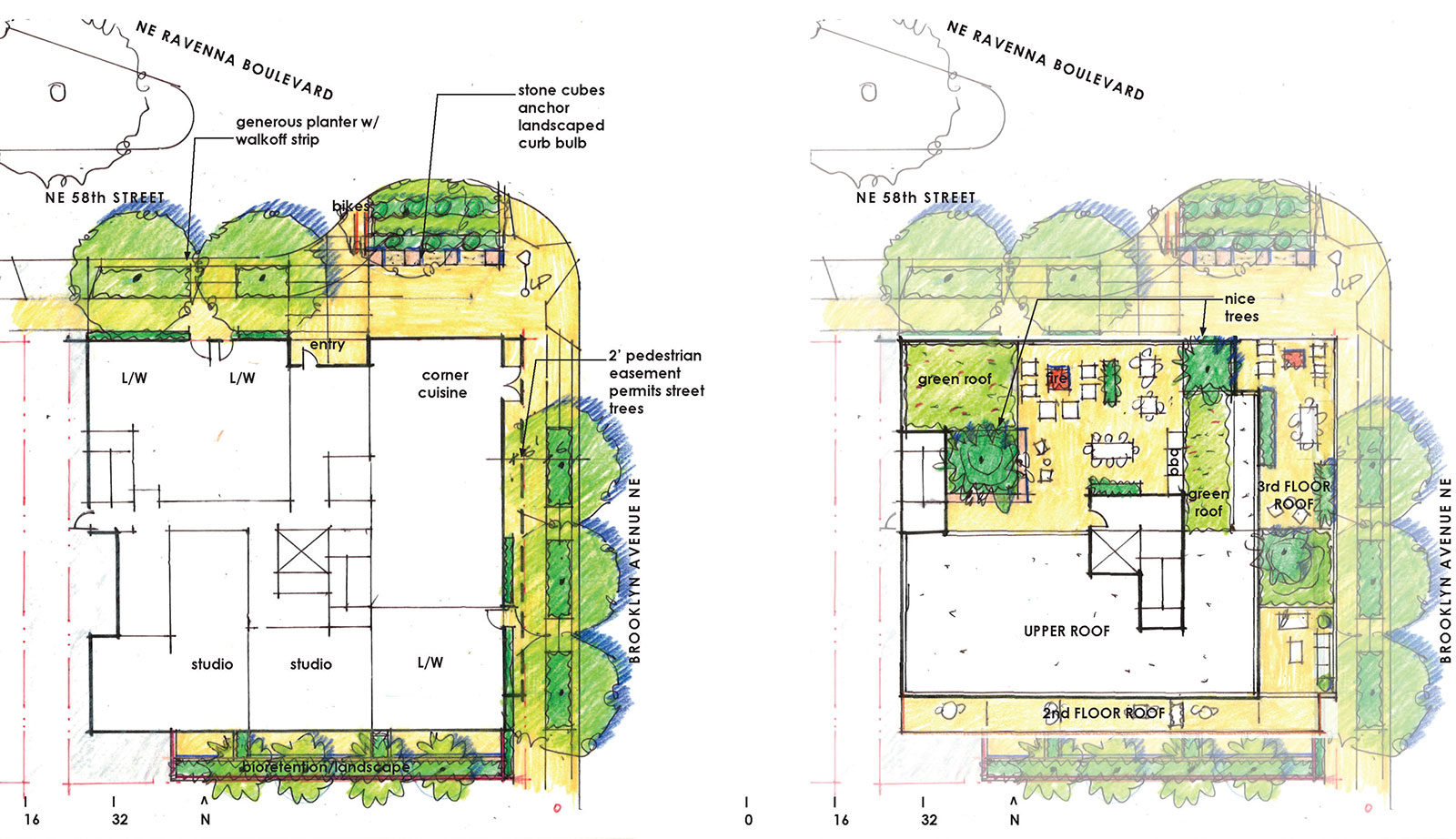 [Image by KKLA]
Cowen Park Place mixed-use building, north University District, Seattle
For this keystone of Cowen Park, we’ve designed a building that includes three-floors of apartments above ground-level retail, a café, and an activated sidewalk space. The project is moving into the master use permit (MUP) phase with the SDCI. 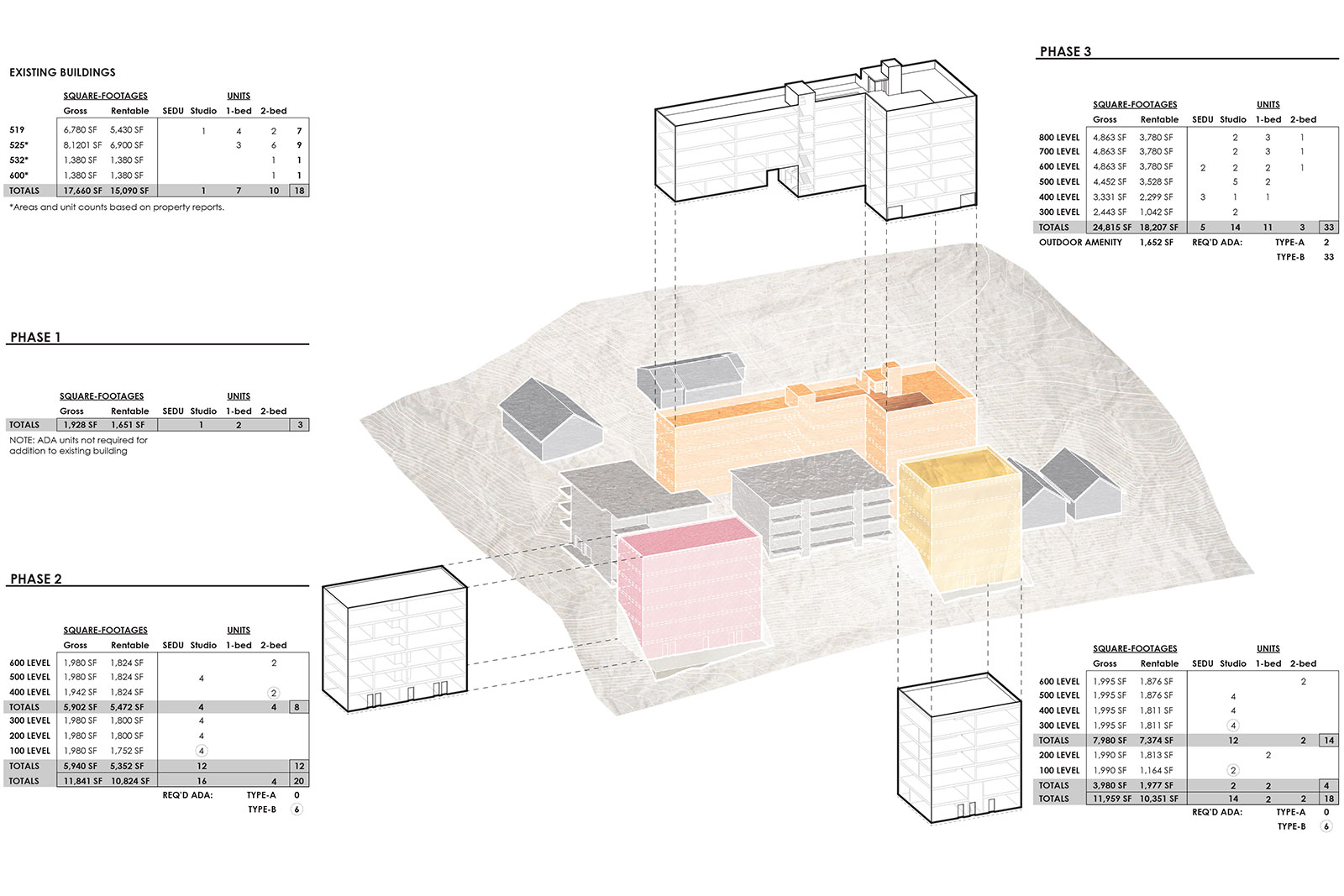 Fremont View apartment building, Fremont, Seattle
Located on a difficult slope with tight development parameters, this project sets an example for healthy urban growth, and is currently in the schematic design phase. 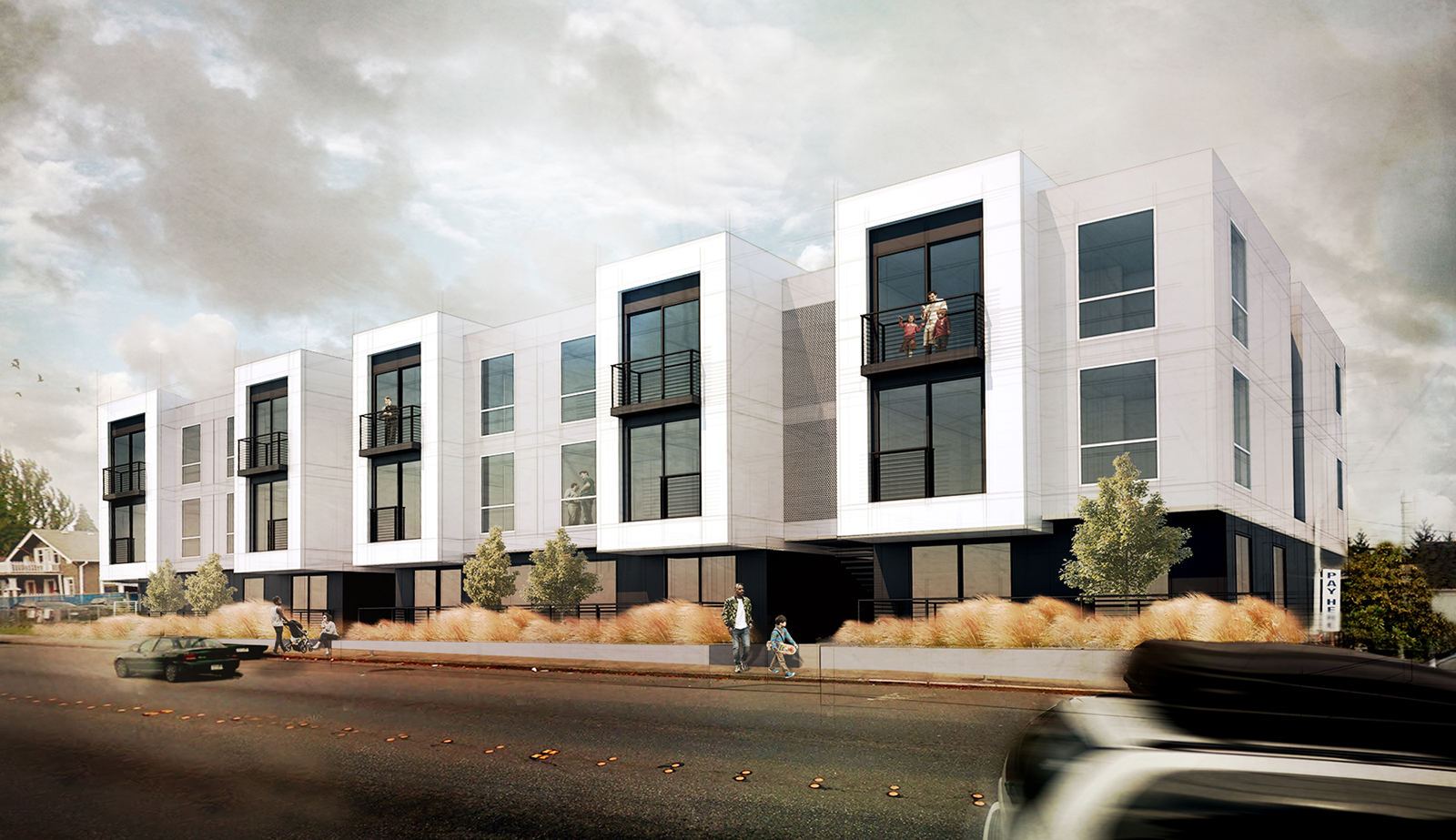 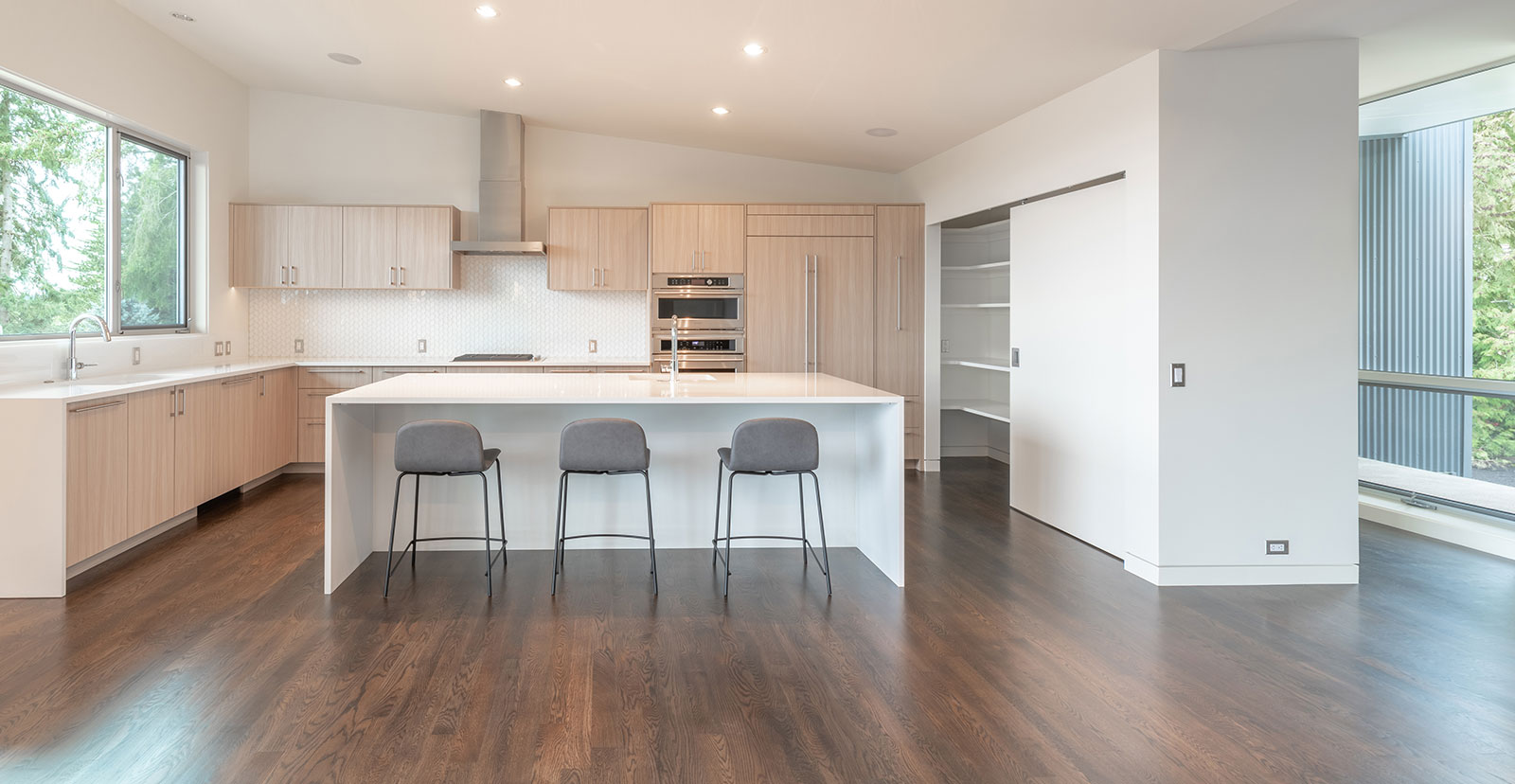 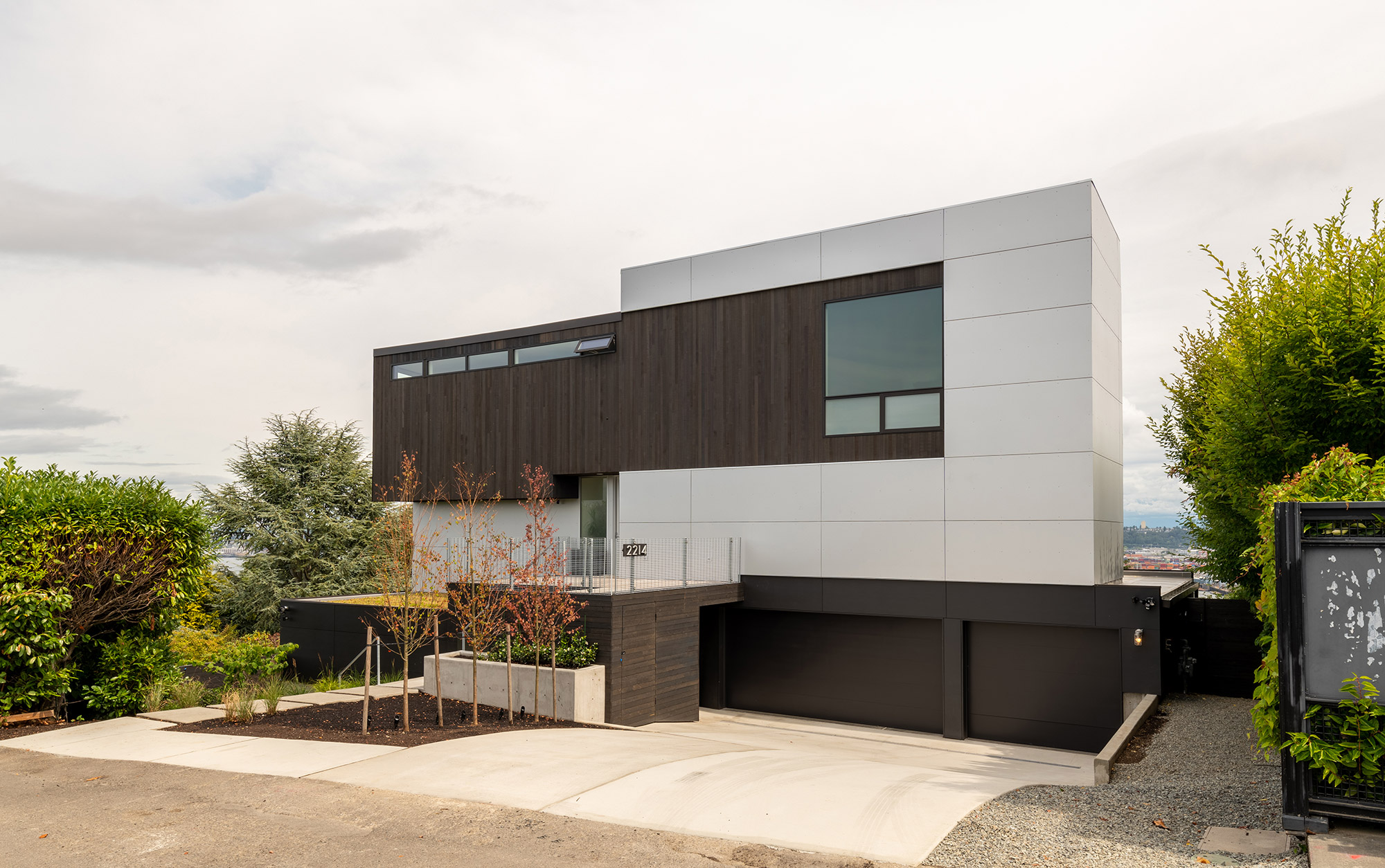 The Admiral View Residence, West Seattle, WA
This residence is carefully perched to capture stunning views of downtown Seattle, Harbor Island, the Cascade Range to the north-east, and Queen Anne Hill, Magnolia and the Olympic Mountains to the north-west. 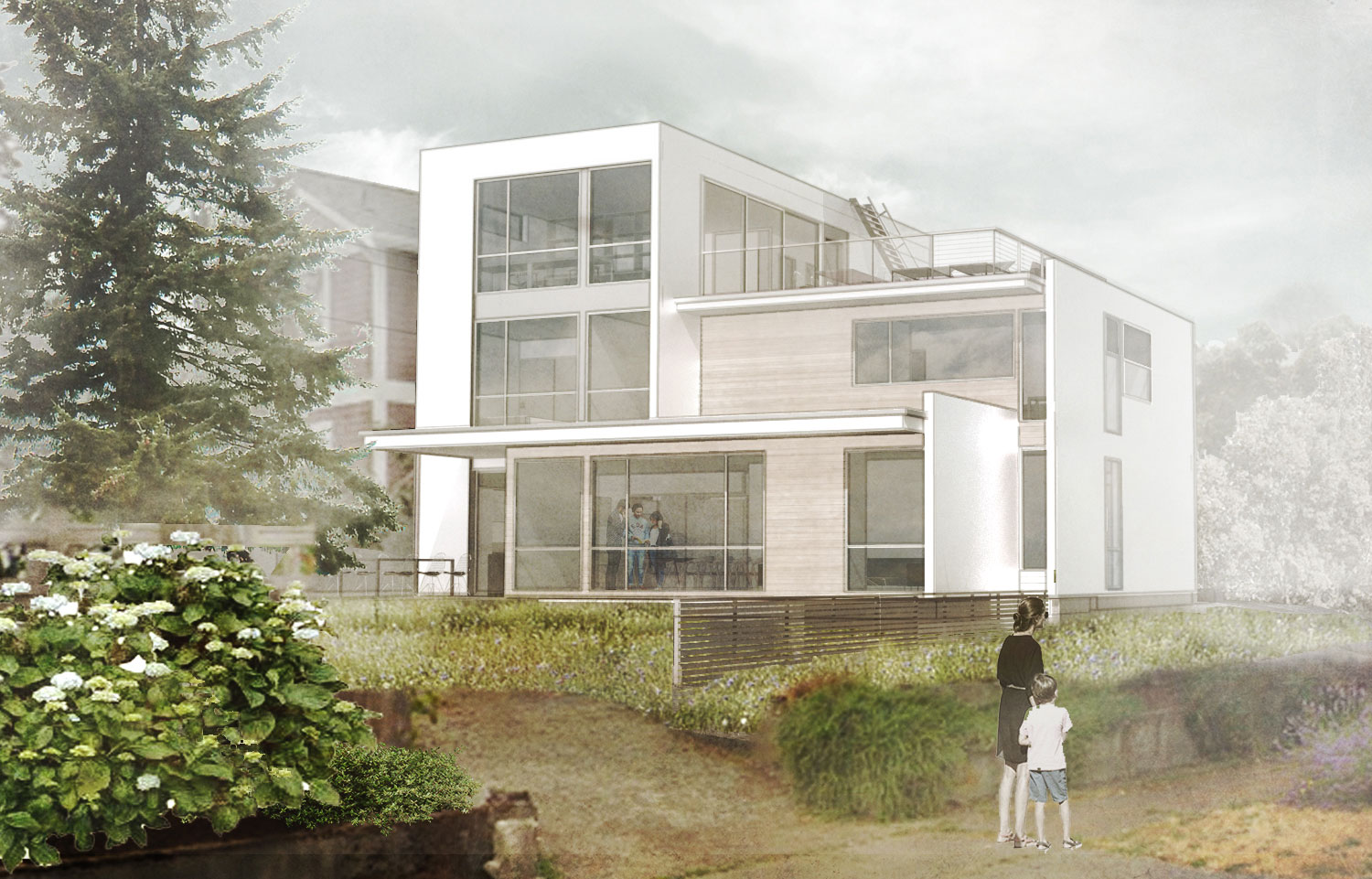 Greenwood Residence, Greenwood, Seattle
In the final stages of permit approval, this three-level plus basement structure includes a thoughtful home-office and a robust entertainment program.

Lake Washington Pavilion, Seattle
Tidy, and handsome, this 2-story dwelling is positioned to capture views of Lake Washington, and includes a terrace for outdoor living and entertaining. 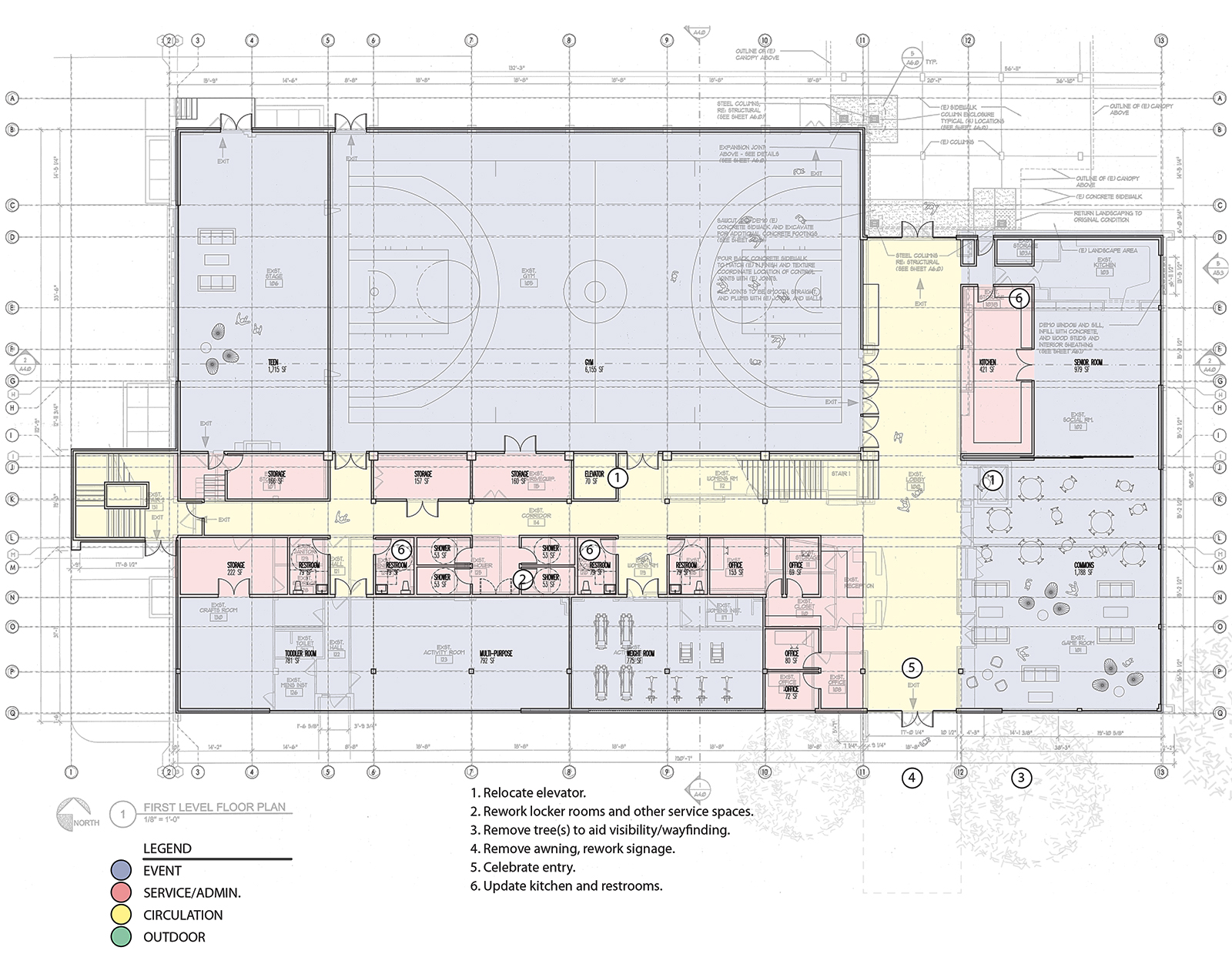 Seattle’s 27 community centers play an instrumental role in each neighborhood, but many of these structures are well past their expiration dates and need important renovations to continue functioning. As citizens of Seattle who use these facilities, we felt compelled to put our professional services, pro-bono, behind an effort to garner political will and funding to renovate them. We focused on the Queen Anne and Green Lake centers, and after gathering information and analyzing previous studies, we generated proof of concept, big-picture approaches to how each center could be renovated or rebuilt. 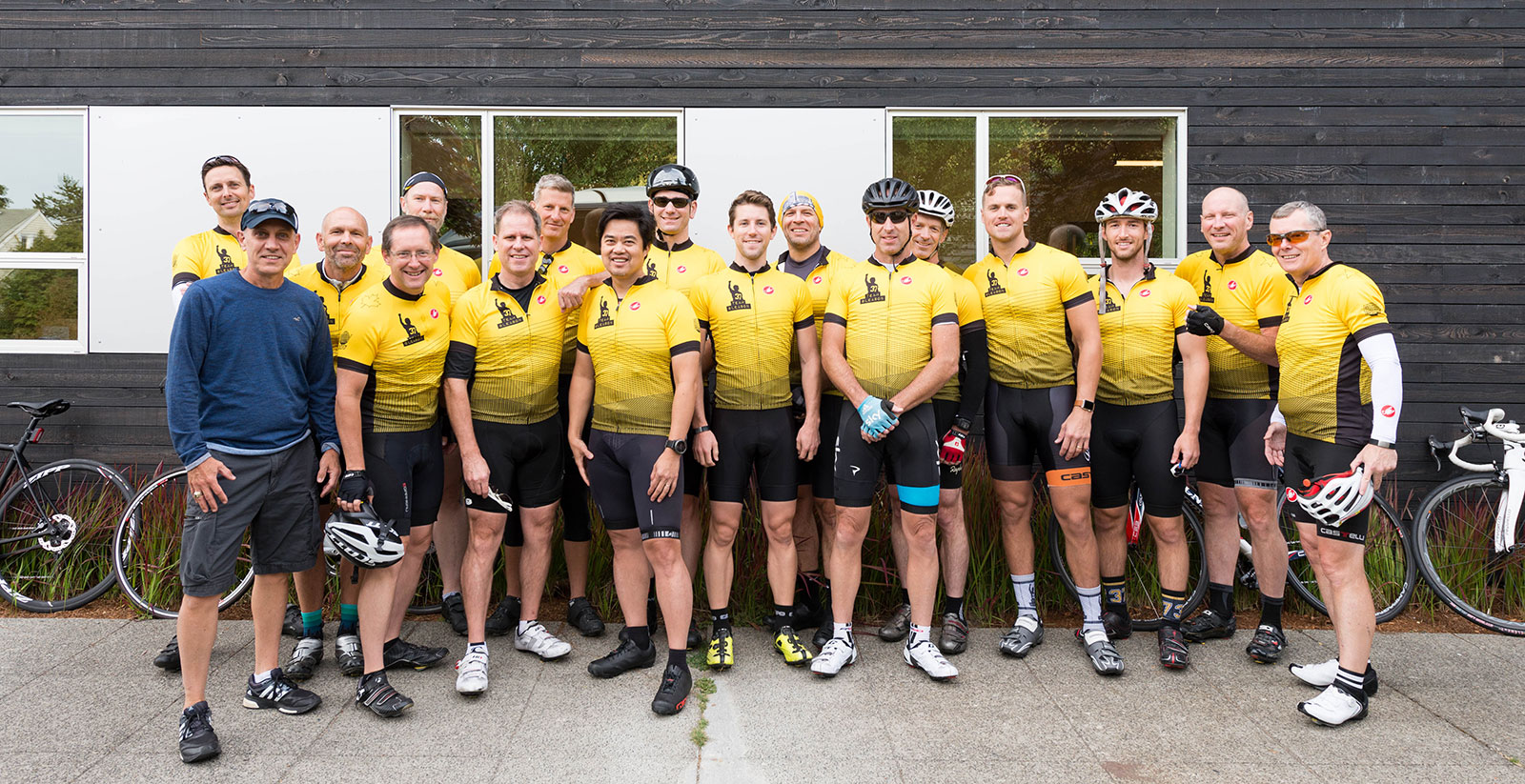 This year’s Seattle to Vancouver (S2V) ride is also marking an important anniversary milestone. For the last ten years, the event fundraises for charities, local and national, including Team Gleason, Bikeworks, Hopelink, the HopeCenter, Washington CASH, and Shelterbox. The ride has raised more than a quarter-million dollars for these exceptional organizations, and it’s been a great way to spend time in the sun with our friends and colleagues.

We continue to contribute an interview each quarter to ARCADE magazine, which focus on individuals who are making a positive impact on the built-environment. Recent interviewees include urban superhero AP Hurd, and master architect Ed Weinstein. Currently in the works is our interview with Ruki Ravikumar, educational ninja and director of education at the Cooper Hewitt National Design Museum.

Also, behind the scenes a couple of us have been hard at work on the upcoming book about master architect Gordon Walker, which documents his lifework in the Pacific Northwest. Look for it at Peter Miller Books in July.