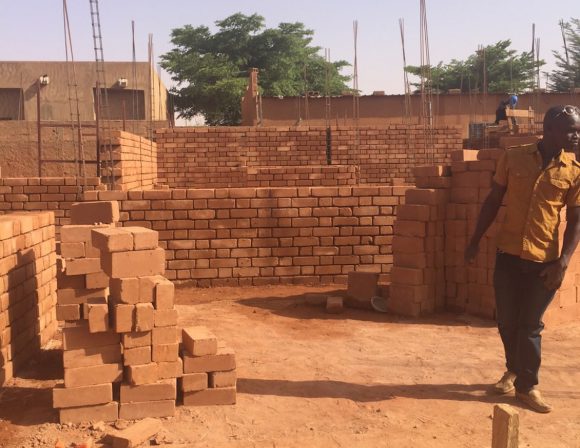 Over the last week there’s been a pronounced emphasis on the values at work in our communities. This examination of ethics and principles has occurred both at the personal level as well as at the level of our collective mind here at BUILD. It’s been important for us to identify the performances and behaviors we strive for in the world, whether as individuals or as a team of architects, builders, and people who care deeply about the world around us. While our website declares 5 values we hold dear, we found that these didn’t go far enough to express where we stand as architects in our current social climate.

As architects, we are critical thinkers who advocate for the communities we serve. It behooves us to state the values we stand for in our practice, especially in light of the national AIA’s unqualified support for the new administration. It’s sometimes difficult to categorize values and even more so to translate values into physical representations, but that’s exactly what today’s post attempts to do. After a great deal of thinking and reflecting, we’ve done our best to put into words what we stand for as architects. We’ve endeavored to name real-world, built projects that exemplify the values that bring us inspiration. 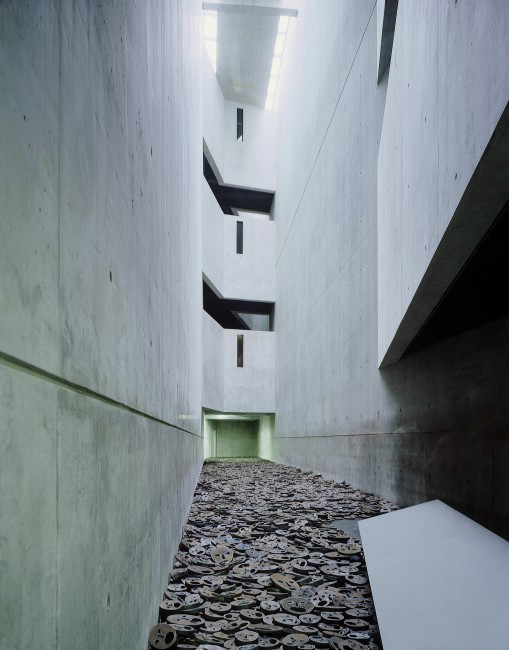 Museums are often architecture in its most conceptual and expressive form. The Jewish Museum in Berlin is no exception. Based on the notion that the city’s history is intricately intertwined with its Jewish citizens, the museum seeks to embed the meaning of the Holocaust in the collective memory of the city. Acknowledging the erasure of Jewish life has been critical for the future of Berlin. Evoking emotions of absence, emptiness, and invisibility, the museum communicates the void created through the disappearance of Jewish culture in the city. Designed to elicit visceral reactions to this history, the museum demonstrates the power of architecture as an expressive tool. Sobering projects like this one emphasize the role architecture can play in representing a marginalized, or in this case eliminated, culture. 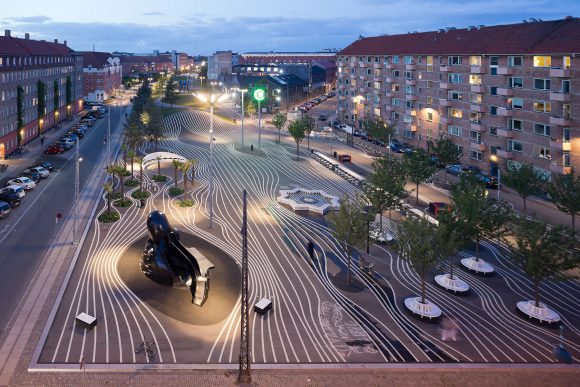 As public living rooms, parks and urban spaces have the unique opportunity to exemplify egalitarian values of a community. Rather than being designed by a select few, Superkilen is the result of large collaboration between the ethnically diverse cultures in the Nørrebro neighborhood of Copenhagen. Celebrating this diversity, Superkilen is a collection of found urban objects from all over the globe. Exhibiting the 60 different nationalities of the people who live there, the park represents an ideal in which all cultures are proudly displayed together. Superkilen is truly more than the sum of its parts. And its parts are significant. 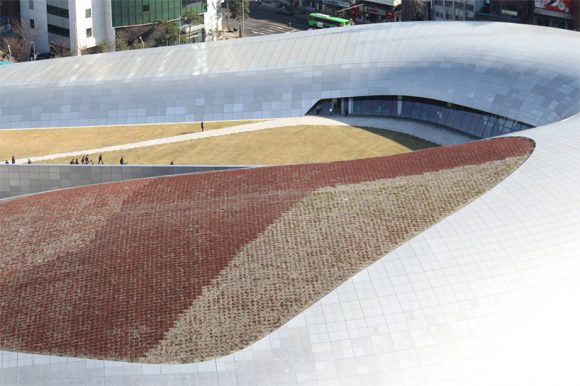 Sited in the heart of a vibrant market district, Dongdaemun Design Plaza & Park is a space for everyone. It acts as a catalyst for discovery and discussion about the dynamic global city in which it sits. Particularly in regards to the park’s contrast of open space in the midst of a dense and frenetic city, it offers an opportunity for the public to quietly engage with the history, the architecture and with each other. And not without mention, the design of the plaza and its structures have the unmistakable signature of Zaha Hadid, who embodied diversity in both her person and her practice. 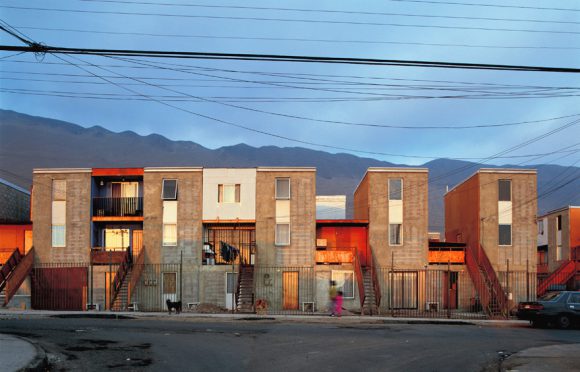 With a subsidy of only $7,500 dollars, Alejandro Aravena, the 2016 Pritzker Prize Winner, and his studio Elemental designed housing for 100 families in Chile. This project laid the ground work for a new housing typology that provides basic utilities and structure for families to adapt and expand upon over time. This “incremental design” method is not only cost effective but involves social uplift, with the people as a part of the solution rather than the problem. To further tackle the increasing global urban housing crisis, Elemental has shared their designs as an open source that any government can take advantage of. This building method 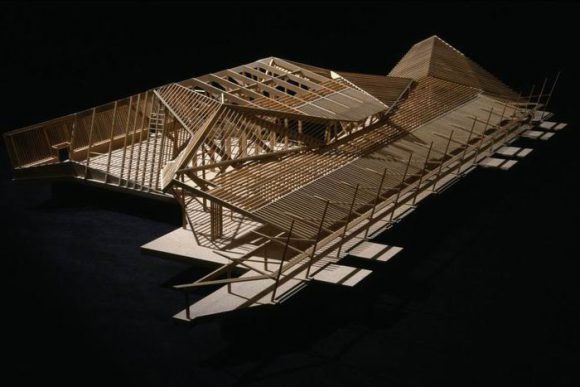 The Seabird Island School represents the Patkau Architects’ longstanding commitment to inclusive architecture. Completed in 1991 for the Seabird Island Band, the school fosters the aboriginal culture of the local Salish people. Siting and programming dictate the sculptural form, promoting the intimate ties between classroom, community and nature. Elaborating on the traditional heavy timber post-and-beam construction, Patkau Architects built a detailed framing model as a means to describe the geometry to the band members who were to erect the building. Community pride is deeply rooted in self-sufficiency; involvement is pivotal to dignity. The school represents the positive, mutually beneficial process of inspiration and learning between communities and the architectural practice. As the Seabird Island Band says, “Ste’astexwtset Cha Wa Sq’eq’otset Cha.” (“Together, it will be done. We, you and I, we are caretakers of this land.”) 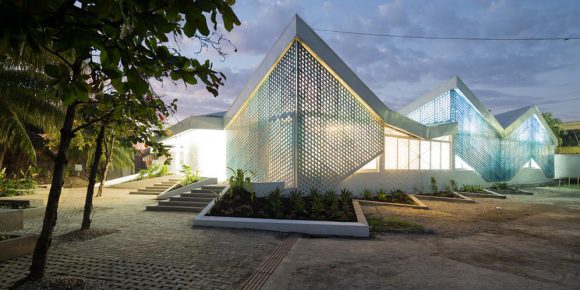 The 2010 earthquake in Haiti saw the re-emergence of cholera, a curable and preventable disease that had not been seen in over a century. In an effort to replace unsanitary temporary tents with dignified health care, MASS Design Group teamed up with leading Haitian health care provider Les Centres GHESKIO to build a permanent treatment center. Parametric modeling was translated to local metalworkers for the fabrication of the façade screen that provides appropriate natural light and ventilation for the patients. The facility also addresses prevention in the form of a waste water treatment facility to stop further contamination of the water table. This project is an excellent example of how design and collaboration can be leveraged to bring a healthier future. 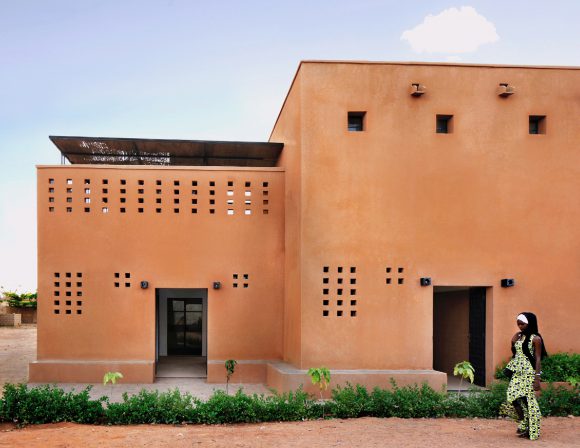 United4Design is a local Seattle firm with a global practice. Founded in 2013 during the design of the Gohar Khatoon Girls’ School in Afghanistan, the firm explores what it means to practice architecture in an age of heightened global human awareness. Straddling the line between local and global, United4Design’s housing project in Niamey, Niger combines thoughtful, high level design with local resources and expertise. Elevating earthen construction to an architectural level sheds the negative stigmatism associated with the material and provides housing the residents can be proud to call home. This project exemplifies forward thinking, cross-cultural collaboration. Involving the local community in construction is a sustainable building method that not only empowers the local population, but broadens the architectural practice. 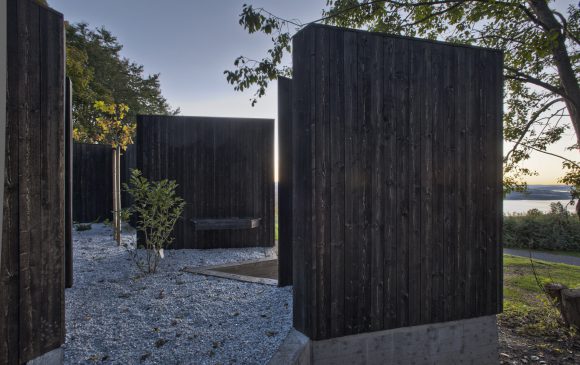 Rintala Eggertsson’s Arboretum is located at the Gjøvik Care Center which provides temporary housing and counseling for unaccompanied refugee children under the age of 15. Built on a rural hillside overlooking lake Mjøsa in Eastern Norway, Arboretum is a composition of walls surrounding planted trees from the different continents of the world. The architecture of Arboretum stems from Buckminster Fuller’s triangulated map of the globe. Specifically, a version of the map that reveals the continents as one interconnected piece linking the regions of the world. In plan, a low-lying  concrete ledge creates the outline of the map. The diverse collection of trees are planted on the map in their corresponding continent locations. Wood walls wrap the spaces of the map together creating small micro-climates for the trees and areas of refuge amid the Norwegian landscape. The design promotes positive cross-cultural engagement, environmental awareness, and diversity at the seam of adversity and new beginnings. The space creates an open and welcoming environment for children entering Norway to engage with old and new landscapes. Describing their project the architects write: “The idea was to establish a connection between the different geographies – the ones which the children carry within themselves as memories from their home countries and their new location…”

These are just a handful of projects that embody the values of inclusion, diversity, and equality. The ease with which this list was created speaks to the quantity and quality of positive collaboration happening in communities across the globe. We will continue to stand for these values that endeavor to bring positive change to our communities and look forward to working with those who share our vision for a better future for everyone.