Home 2016 May Design Observations From the UK

Design Observations From the UK 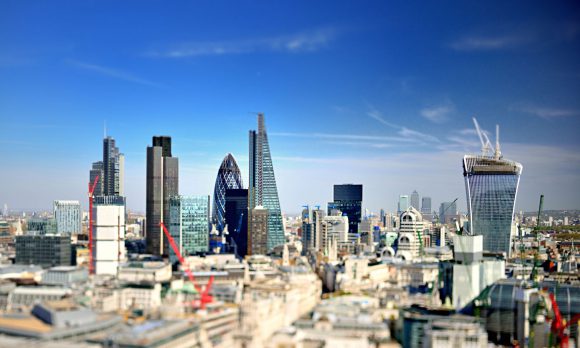 BUILD has returned from some recent travels through the UK where we visited London, Cambridge, and Bath. With the architectural nature of each city so distinctive from the next, the design insights were equally as diverse. While we could blather on for hours, we’ve done our best to condense our thoughts down to 3 observations from these 3 cities.

London: The inefficiency of architectural sculptures.
Because so many towers in London are uniquely sculptural, the skyline is a sight to behold. For the traveler, this is aesthetically exciting and offers more sensational Instagram fodder than anyone could possibly point their phone at. But as architects who study buildings for a living, we couldn’t help but put on our x-ray glasses and scrutinize the deeper layers of design at work in these structures. For as extraordinary as these iconic buildings appear, they pay a heavy price for the all the drama. The high-rise building type is a brilliant design concept precisely for its regularity. The stacked levels of identical floor plans offer efficiencies of time, money, and logistics, which is why most skyscrapers around the world establish a perfectly consistent replication of floors. We’re not implying that this design concept is lost on British architects and developers, but ignoring this sensibility seems to counteract the very architectural and engineering intelligence the British have built their reputation upon. 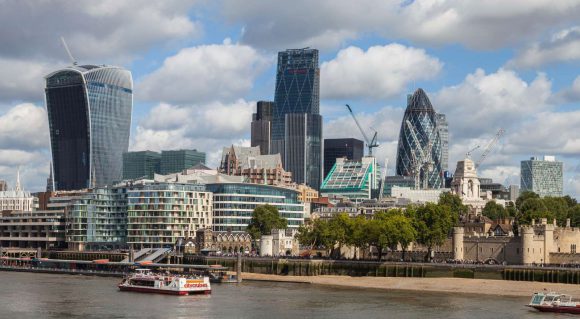 [Image credit: a as architecture]

Bath: Repetition can be perfectly pleasing.
Whether traditional, modern, or something in between, architecture is often thought to be more pleasing when it is customized and bespoke. Thankfully, the city of Bath does a wonderful job of disproving this notion. Identical townhouses march down entire city blocks in Bath, creating a visual serenity from little more than order. While the famous crescents of Bath get most of the attention, much of the city was designed and constructed with this consistency. A majority of the streets, it would appear, were established with the basic building block of a townhouse repeated dozens of times, whether the street is circular, elliptical, or straight. Over the years, shops and hotels have grown by interlinking what were previously disparate structures, allowing the city of Bath to remain useful while preserving it’s aesthetic. The entire composition creates a practical and harmonious environment. 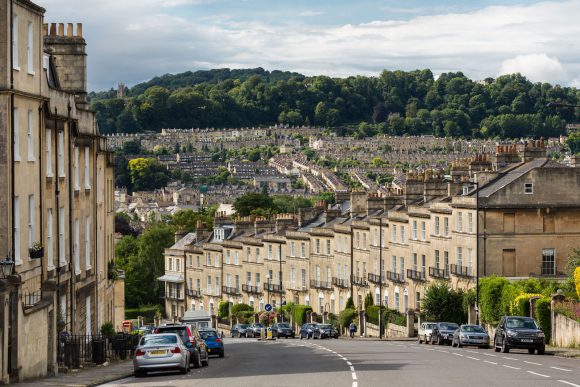 Cambridge: Garden cities are layered cities.
Not all cities can outwardly embrace modernism. With its university founded in 1209, a city like Cambridge has a reputation built on history. Its identity, its brand, and its tourist industry are based on the unfailing appearance of times past and, even as committed modernists, we can accept this. The genius of Cambridge’s city planning is its inclusion of gardens and courts. These openings and voids in the urban fabric not only allow for new structures to be built, but they also allow for an aesthetic of current materials and methods (a.k.a. modern design). The gardens and courts sit behind the traditional facades of Cambridge’s winding streets, therefore structures and additions built within these openings are liberated from the covenants of classical architecture. The design-minded and curious are well rewarded in Cambridge, as exploring the alleyways and openings reveals a city layered with 800 years of architecture, medieval and modern alike. There are some true hidden gems to be discovered, and visitors focused only on the ancient fail to understand the complex beauty of a place like Cambridge. 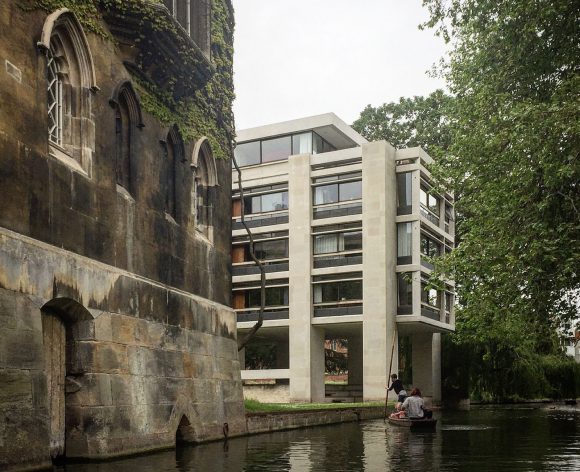