Home 2016 January The Myth of the Gourmet Kitchen

The Myth of the Gourmet Kitchen 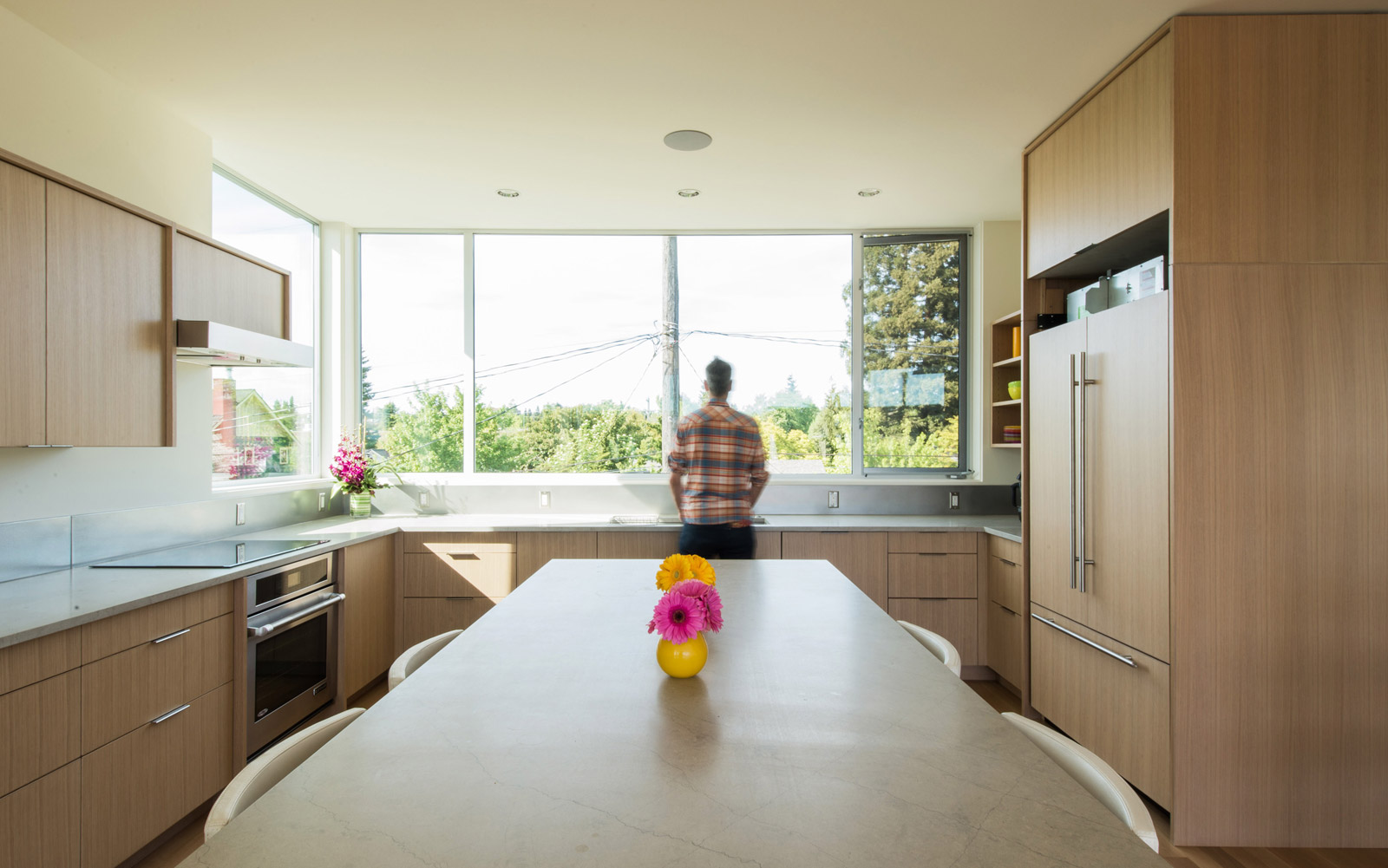 Each year at BUILD, we design and construct a handful of very nice kitchens. We stay up to date on the latest kitchen appliances, keep a pulse on kitchen design trends, and, through our projects and research, we’ve turned kitchen design into somewhat of a science. Not surprising, most of us here at BUILD are also what you might consider foodies. We love to cook and eat well. Whether it’s a hearty cassoulet for the holidays or a summertime seafood risotto, we’re usually up for a culinary adventure at any meal.

This cross pollination of interests and expertise has given us a unique perspective on kitchen use and design. And while we could discuss the technicalities of kitchens all day, there is one important epiphany that we want to discuss in today’s post. Ready for it?

That’s not to say that there’s anything wrong with a spacious, high-end, well-appointed kitchen, it’s just that there’s less correlation between the cost of a kitchen package and the quality of the food that comes out of it. We’ve experienced meals produced by a $20,000 kitchen every bit as wonderful as those produced by a $200,000 kitchen. It may very well be that a homeowner enjoys cooking more with elaborate kitchen appliance packages, or that sophisticated appliances satisfy the gearhead home-chefs. And that’s all fine. But there is a myth out there in the world of glossy design and food magazines that in order to create a delicious meal you need an expensive, gourmet kitchen. It’s simply not true, and to prove our point we look to two of the most important kitchens in the culinary world.

First is the kitchen of Julia Child (1912-2004), known for bringing French cuisine to the American public. A reassembly of Child’s original kitchen is on view at Smithsonian’s National Museum of American History and as the photo below demonstrates, the kitchen is rather unsophisticated by today’s standards. More rustic laboratory than glossy showpiece, this kitchen produced culinary wonders from 1961 until 2001. 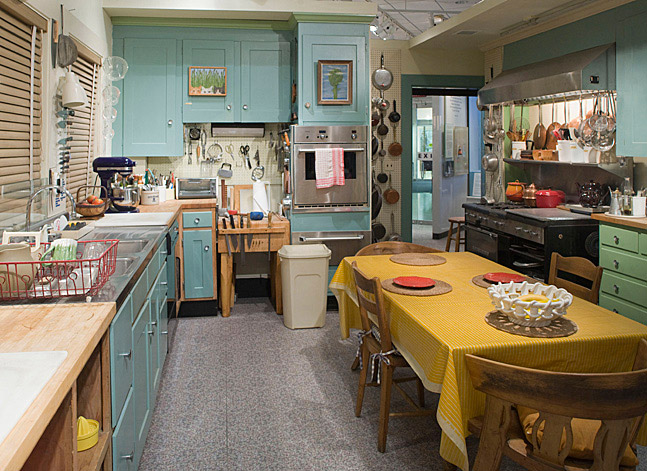 Second is the kitchen of Marcella Hazan (1924-2013), who’s cookbooks are credited with introducing the United States to the techniques of traditional Italian cooking. Akin to Child’s kitchen, the design of Hazan’s kitchen is ordinary and reminiscent of the suburban interiors that many of us grew up with. Anyone familiar with Hazan’s Essentials of Classic Italian Cooking knows that the food coming out of this kitchen was anything but ordinary. It is said that Hazan had a talent for uncovering the soul of Italian cuisine and her cooking (and perhaps, by extension, her kitchen) demonstrated that the simple treatment of good ingredients leads to wonderful dishes. 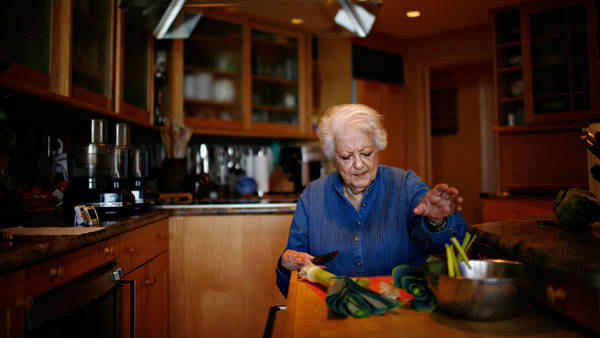 Not only have both Child and Hazan become culinary heroes to us over the years, but their work environments have provided an architectural study of sorts as they help find a critical balance of design. A kitchen is foremost a functional space, and needs to have certain basics. The quality and reliability of key appliances is important, but going too far beyond these basics can lead to decreasing results. Hazan’s classic Roast Chicken with Lemons requires a simple oven — it doesn’t require a rotisserie, a sous vide station, a warming drawer, or any other superfluous equipment.

When it comes to designing for ourselves, these lessons haven’t gone ignored. Last year we completed the Case Study House 2014 and recently we embarked on the Case Study House 2016. Both houses feature very similar kitchens which include tried and true appliances. These kitchens are not elaborate, nor are they what would be considered gourmet. The appliances aren’t of professional caliber, and we don’t think they need to be. Rather, these spaces are simple and modern, while the appliances are reliable, unadorned, and effective. These kitchens are everything they need to be and nothing more. 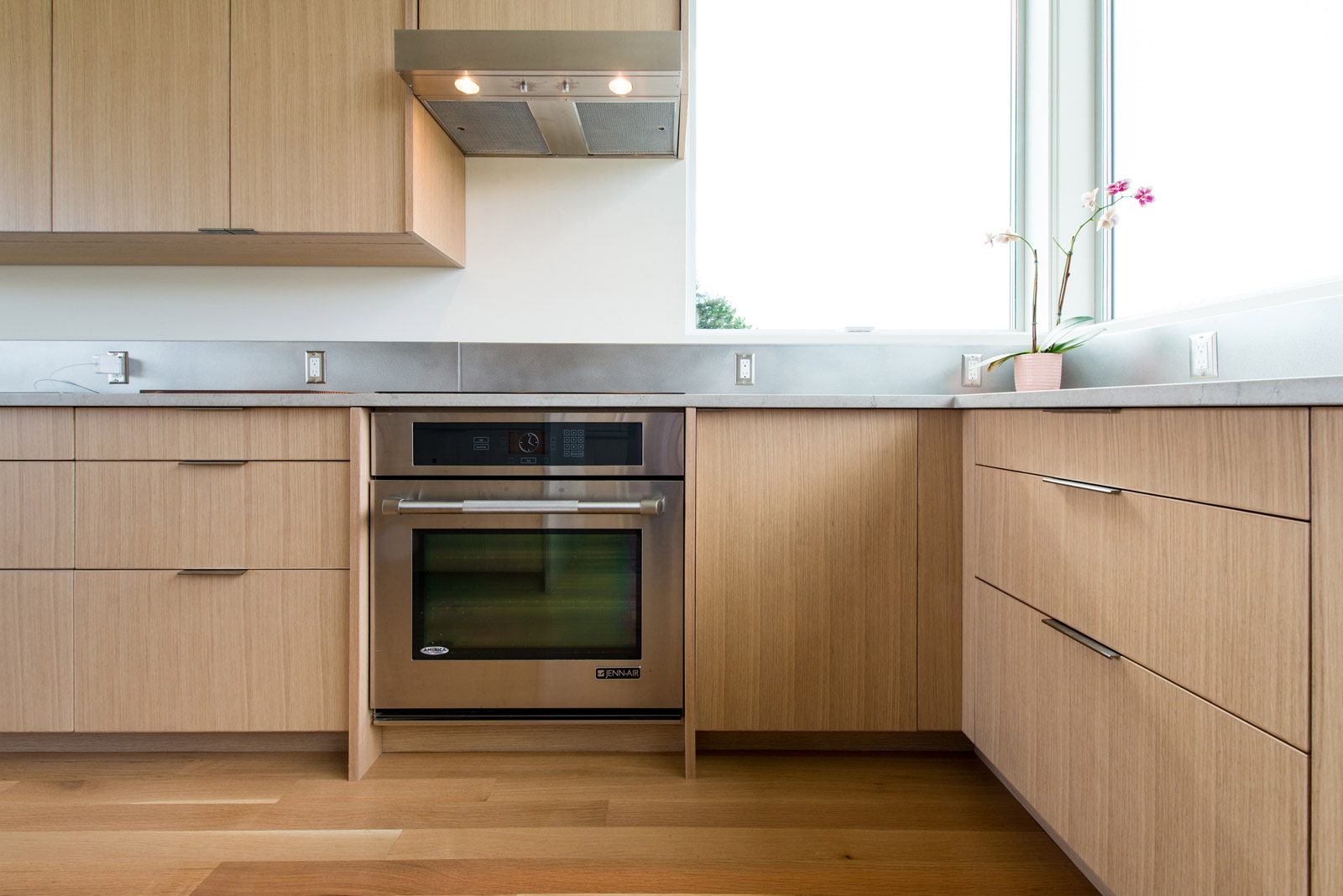 We’re such firm believers in the simple kitchen that we thought it would be useful to list our appliance specifications as part of this post. These are our go-to appliances for the simple, modern kitchen. If nothing else, they are excellent departure points.

We specify Jenn-Air for many of the appliances within a kitchen package because we like the simple, clean look of the units, the appliances are reliable, and the prices are cost-effective. Jenn-Air also offers very good rebates when multiple appliances are purchased at the same time. Here in Seattle our favorite appliance shop is Metropolitan Appliance in SoDo — they do an excellent job of researching options to best meet the needs of our projects while providing competitive pricing.