Home 2015 October The Architecture of the Future is Layering

The Architecture of the Future is Layering 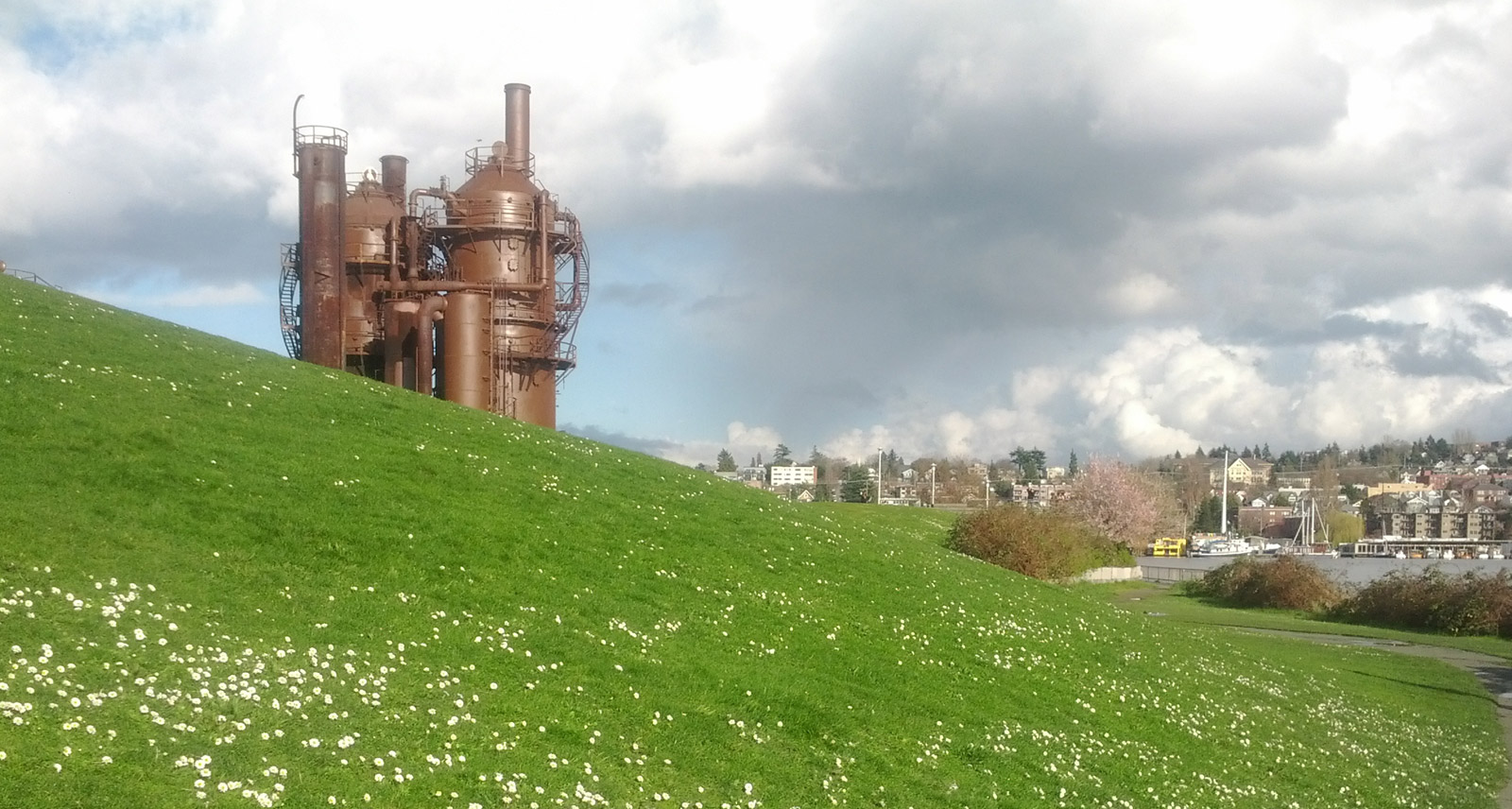 The continuing densification of cities is producing two important patterns that are particularly significant to us architects. Like many growing urban areas, these patterns are having a synergistic effect in Seattle.

The first pattern is the decreasing availability of undeveloped lots on which to build. As the few remaining parking lots are developed in Seattle, there just isn’t much “blank canvas” left. Most projects now inherit architectures (or at the very least, structures) from past eras. This circumstance can actually be an appealing driver of a proposed project if the design team is innovative and forward-thinking.

The second pattern is the desirability of living, working or playing in the city. In Seattle, the rush to purchase property within the downtown metro area (whether residential or commercial) is at a fever pitch. If managed carefully, this occurrence can further promote some very desirable qualities of urban life, including greater cultural diversity, creative energy, and more tax dollars to fund public programs within the city.
While there are many additional benefits of urban densification, these two more than any others seem to be creating a rich, layered architecture in our favorite cities. This density, along with some innovative thinking, is allowing for the creation of new spaces that play off the history and vitality of old spaces.

As far as we’re concerned, it doesn’t get much better than this layered version of architecture, but it does come with a few caveats. The layering of design means that architecture will be less about iconic stand-alone structures in the future. There will also be less focus on starchitects and their tendency to stamp a brand name on buildings. Instead, these architectures will be more along the lines of collaborations between different architects over many generations. This layered architecture will be part archeology, part interweaving, and part forward-thinking implementation.

There are already some excellent examples of layered architecture that are creating opportunity value in urban areas. Here are a handful of our favorites:

Chophouse Row
Seattle, Washington
Opened in 2015, Chophouse Row combines a cluster of old and new properties within Seattle’s bustling Pike-Pine corridor. The mixed use development includes offices, residences, restaurants, retail space, and provides a “classic pedestrian alley” connection from 12th Ave to 11th Ave. In the words of the design team, the project is “the result of a highly orchestrated relationship between past, present and future.” Engineering-wise, the new steel structure was threaded through the original two story Chop House concrete structure while laterally bracing the original building. The much celebrated development was a highly effective collaboration between Dunn & Hobbes, Graham Baba Architects, SKL Architects, and MA Wright Structural Engineers. 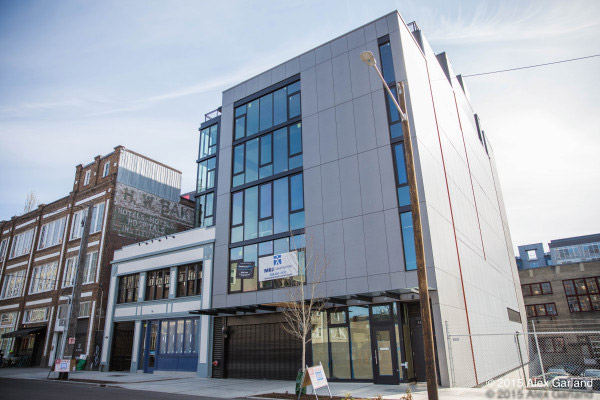 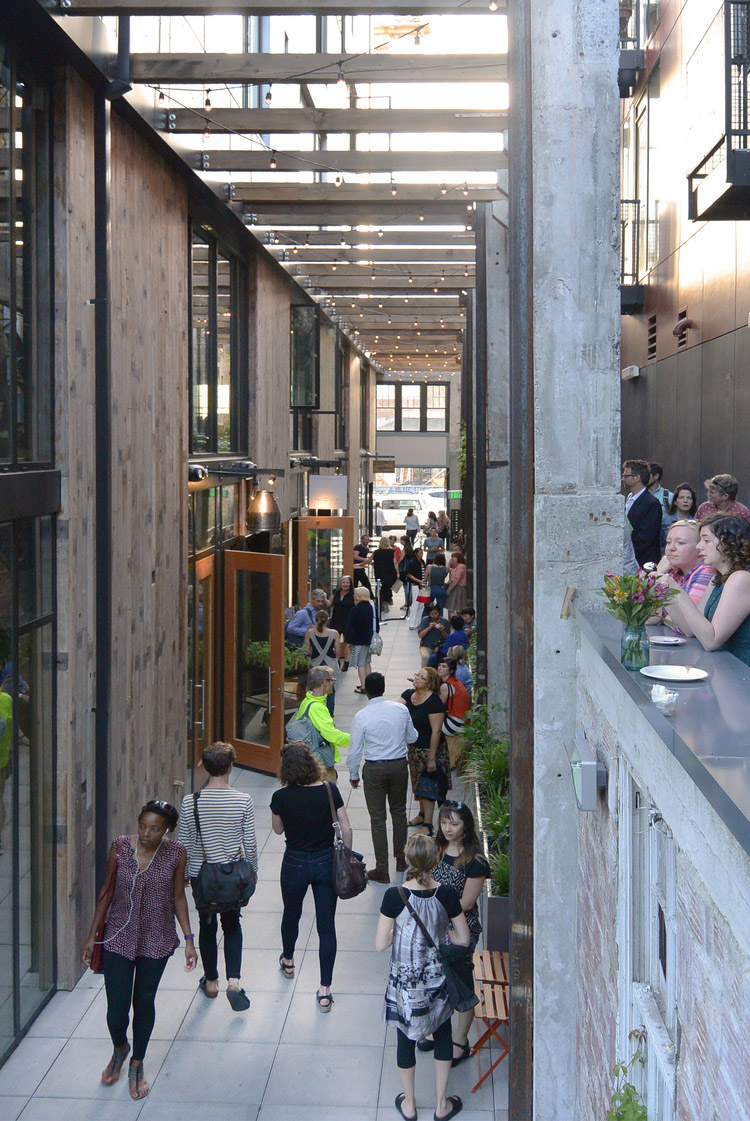 Villa de Murph
Atlanta, Georgia
An auto repair shop built in 1947 along with an adjacent 1960’s warehouse had sat vacant for years until architect David Yocum gutted the facility and turned it into a live-work space with a generous entry courtyard for his design practice, bldgs. Through careful curation and an appreciation of the building’s history, authentic textures and patinas play an important role in the making of place. 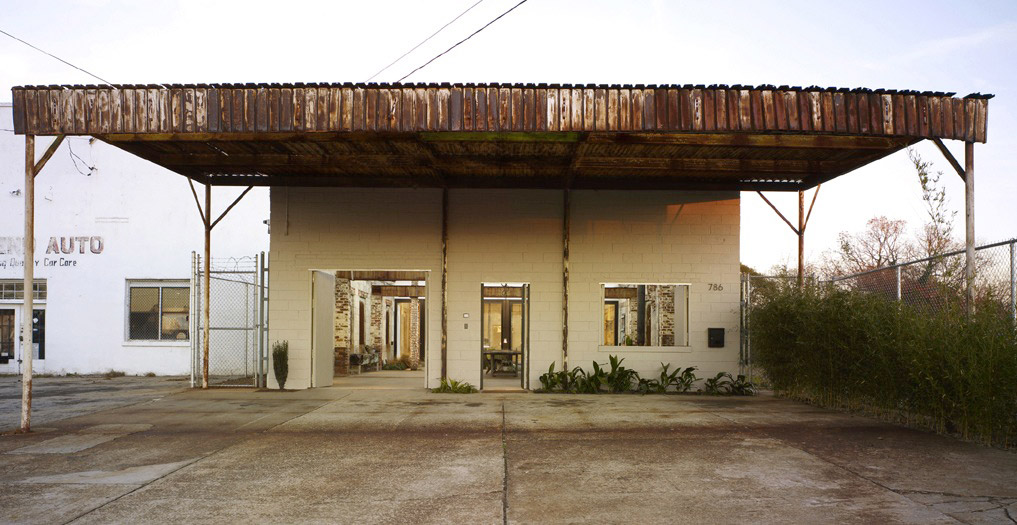 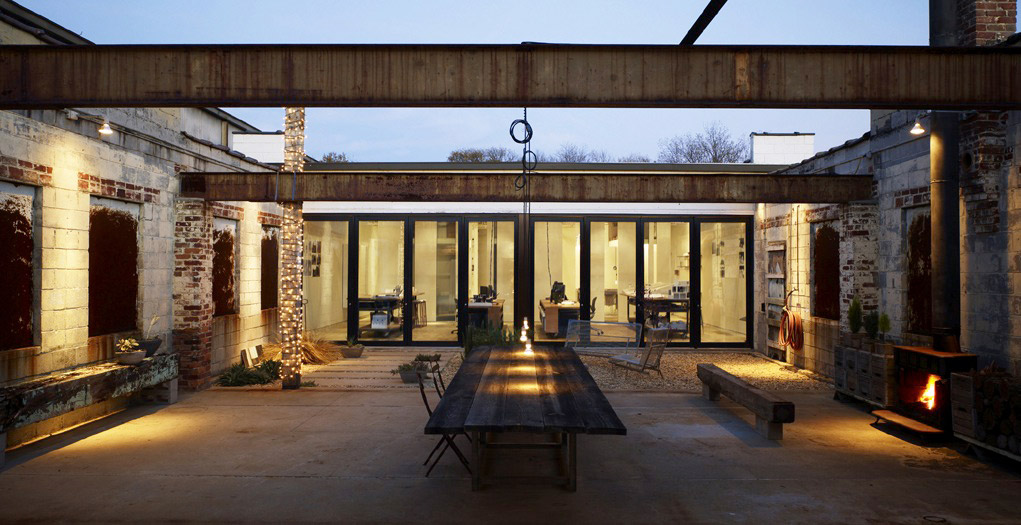 The Source
Denver, Colorado
This brick foundry building from the 1880’s along Denver’s River North District now houses 15 merchants spanning everything from bakeries to cocktail bars. The facility is flexible enough to hold community movie nights in addition to hosting pop-up restaurants. The design team at Dynia Architects was committed to preserving the industrial identity of the original building while adapting it for current uses. New materials and methods give the interiors a sophisticated aesthetic while complimenting the original shell. 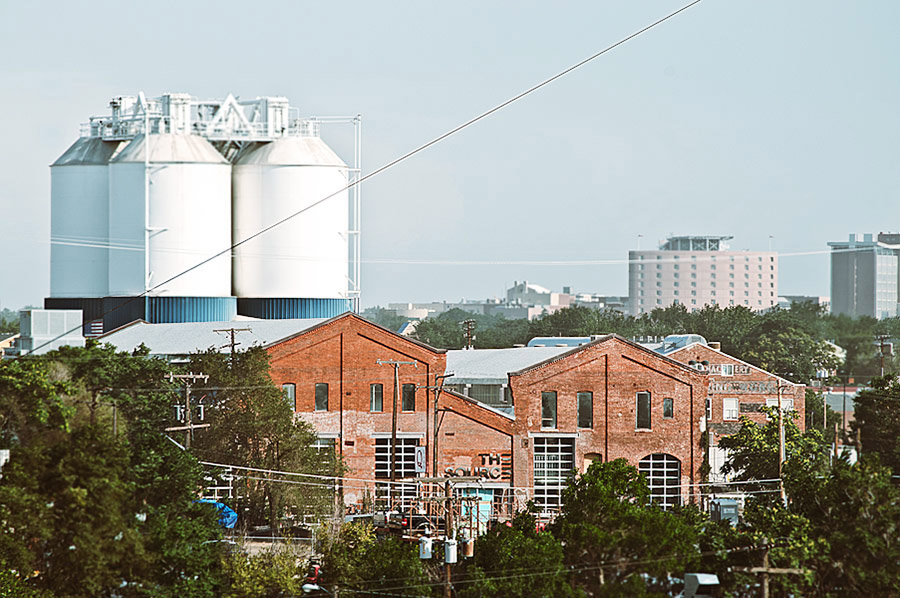 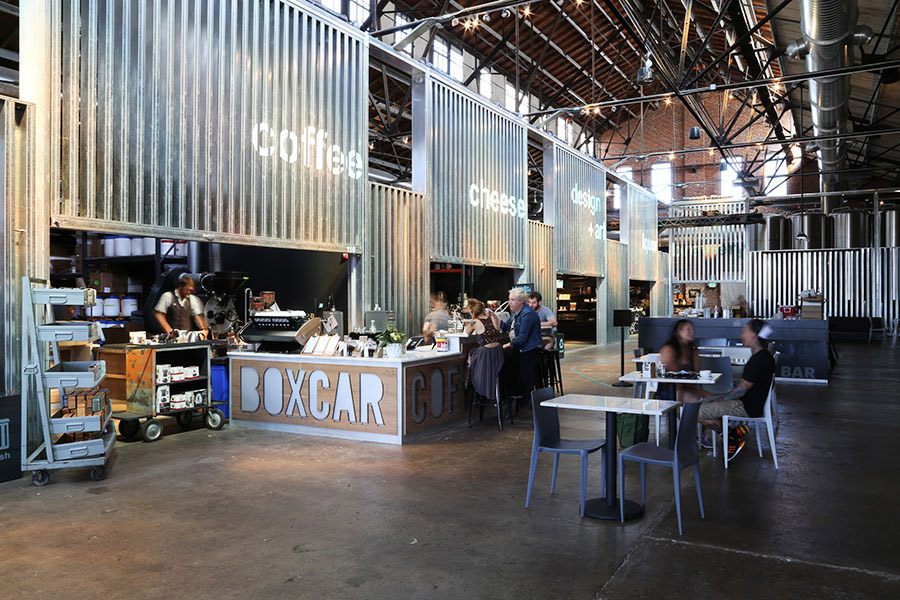 NW 11th Ave & NW Irving St
Portland, Oregon
The Pearl District in Portland’s North-West quadrant is home to dozens of well-maintained brick industrial spaces, many of which have been repurposed as the neighborhood has become a highly desired residential enclave. One of our favorite examples occurs along NW 11th Ave at NW Irving Street, where a block-long warehouse was recently converted into townhomes. The updated function brilliantly turns the previous industrial loading bays into modern, usable terraces for each unit. The development does an elegant job of retaining the original character while allowing a softer residential feel. We’re not clear who the design team was on the recent phase of this project, so if you’re in the know, give us the scoop. 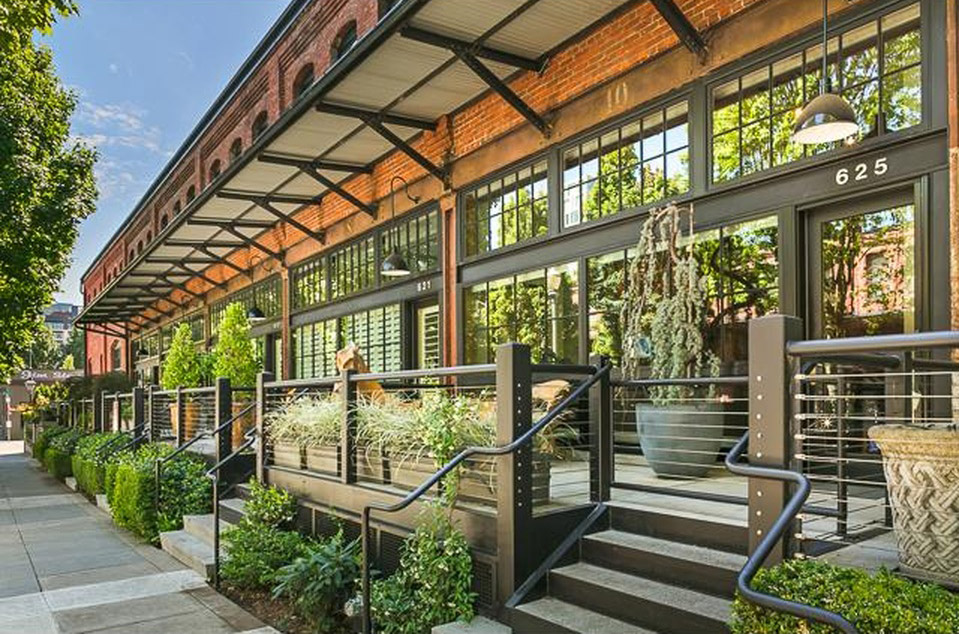 Ferry Building
San Francisco, California
Perhaps the quintessential example of adaptive reuse is San Francisco’s Ferry Building, originally designed by A. Page Brown and completed in 1898 and rehabilitated by Page-Turnbull in 2003. While the building still serves partially as a ferry terminal, it is most known for the added functions of marketplace, office space, and central gathering destination. The renovation work restored the 660-foot-long nave to Its original two-story height while adding new openings to introduce additional natural light to the marketplace floor. 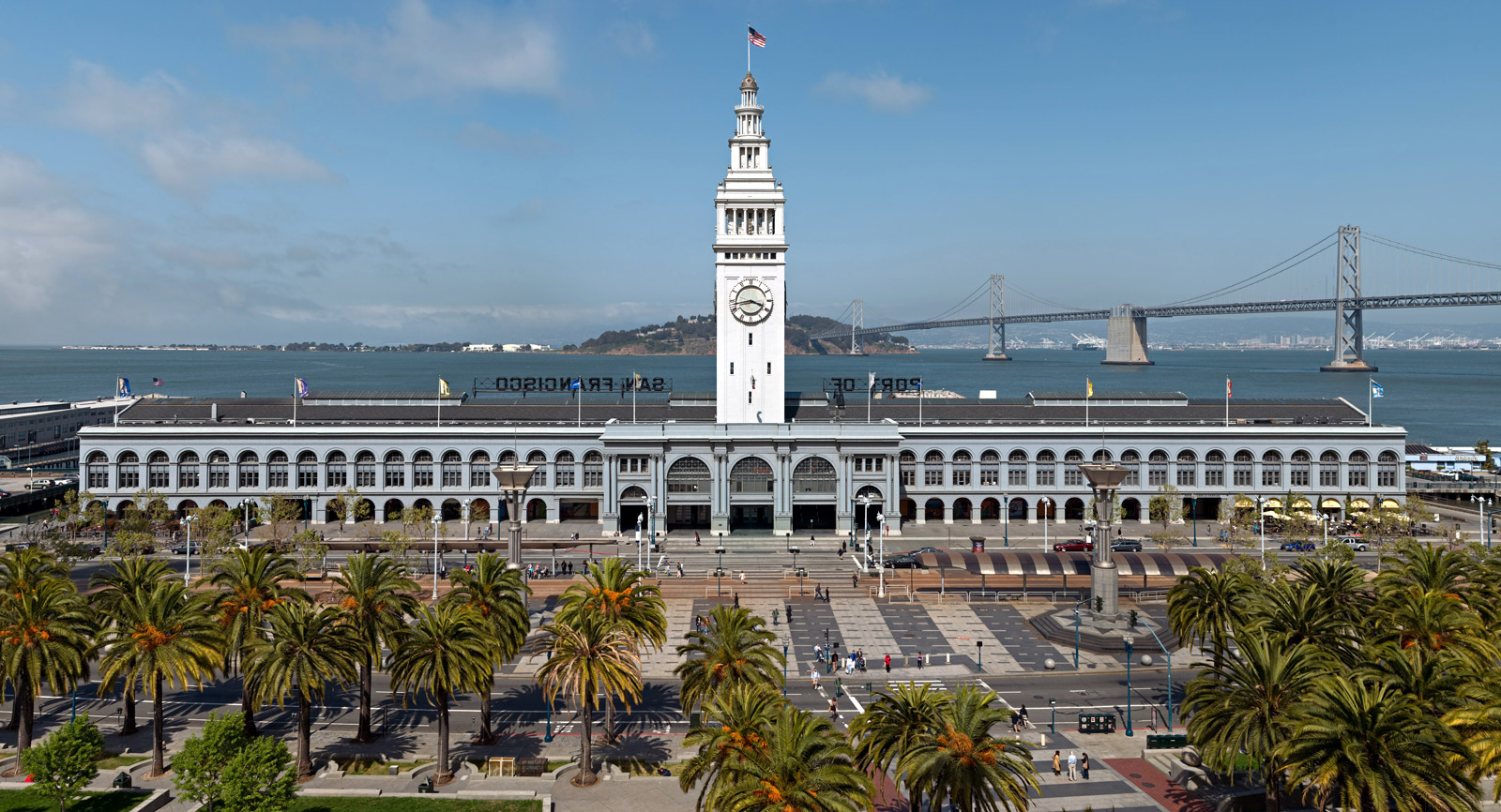 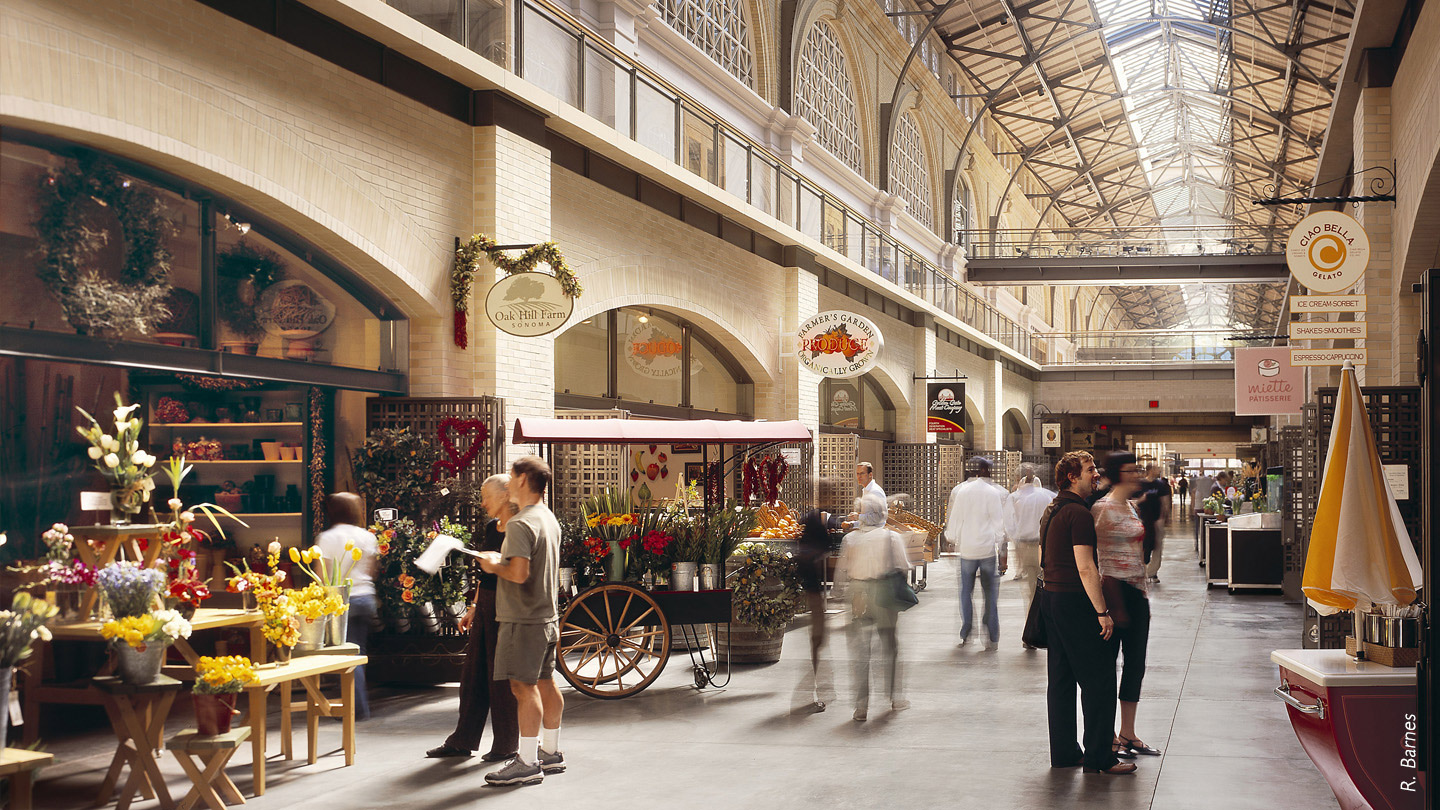 Gas Works Park
Seattle, Washington
Although the renovation occurred in the 1970’s, our list wouldn’t be complete without mentioning Gas Works Park in Seattle. Originally constructed in 1906 by the Seattle Gas Light Company as a gasification plant, Gas Works Park sits on a 19-acre parcel at the north end of Seattle’s Lake Union. According to Wikipedia, Gas Works Park contains remnants of the sole remaining coal gasification plant in the US. In 1962 the site and facilities were purchased by the city of Seattle and Gas Works Park opened in 1975. The park designed by Richard Haag brings a fun, playful aesthetic to the grounds while re-appropriating much of the original equipment as ornament, educational tools, and climbing toys for kids. A deliberate layer of colors, roof structures and public facilities intermingles with the original plant and brings new life to what would have otherwise been scraped and lost. While climbing on the equipment has since been restricted, the park remains a treasure of Seattle’s park scene and offers a museum-like perspective into the areas industrial past. 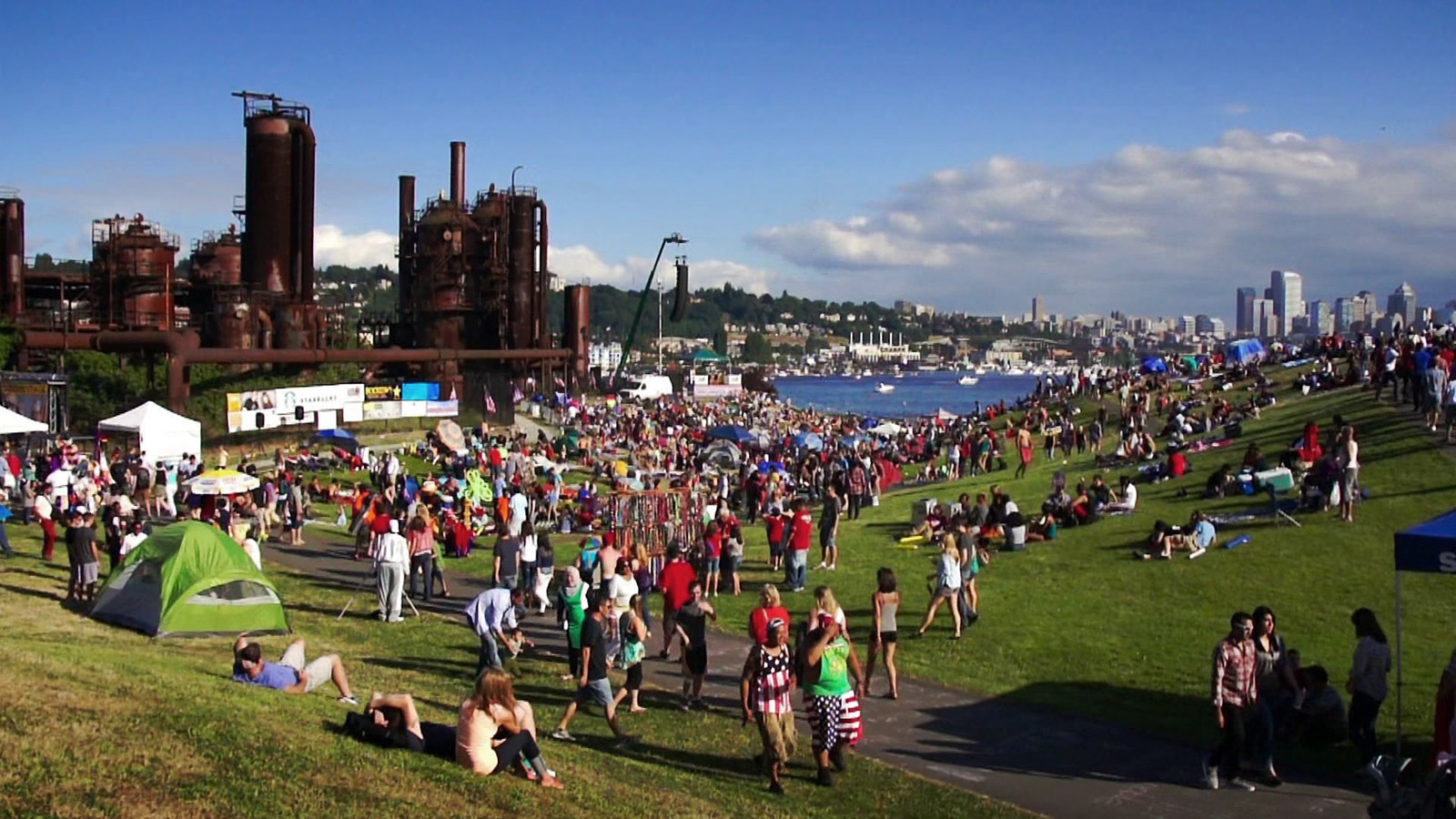 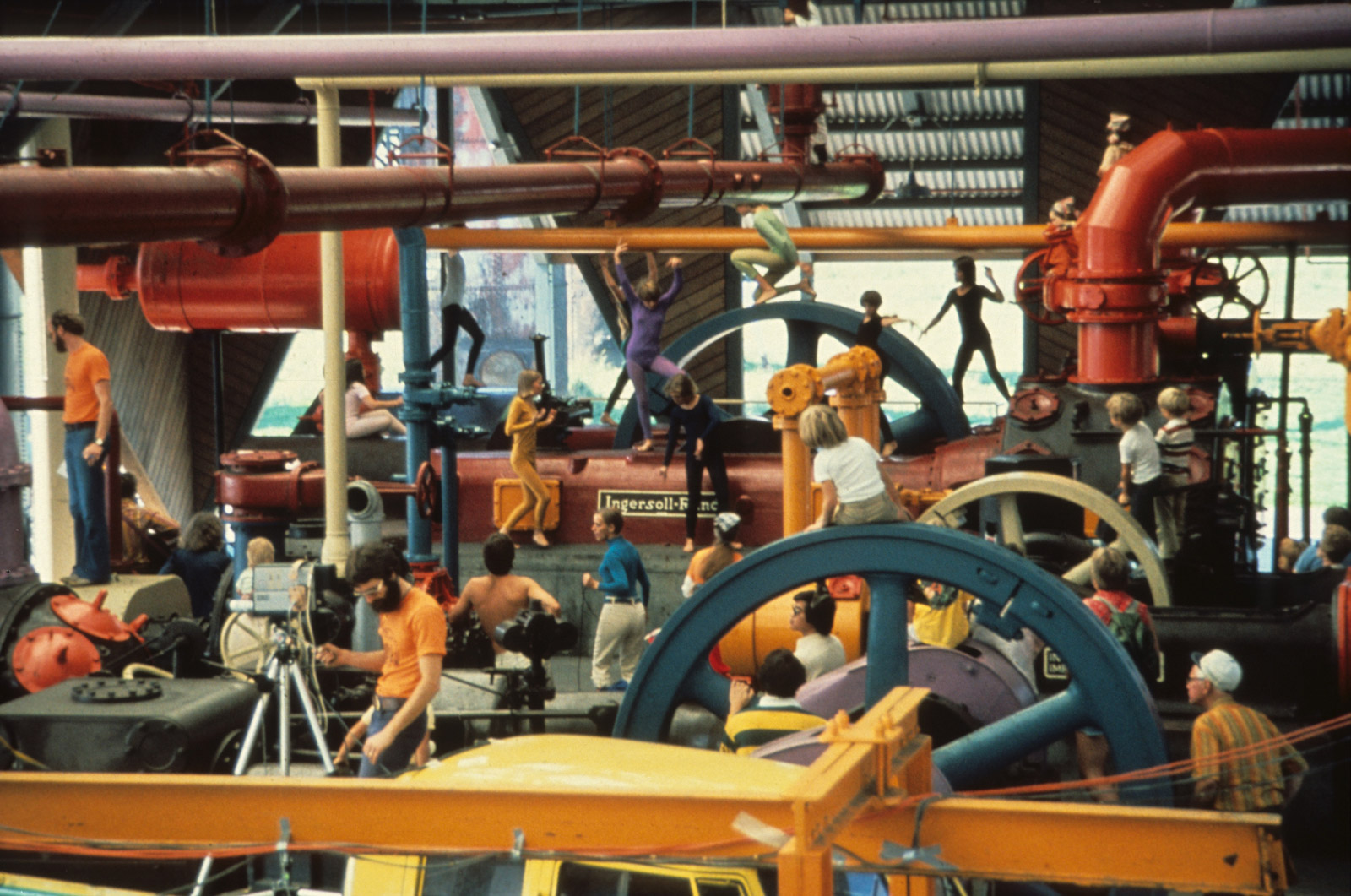 There are many more key examples of architectural layering around the US and around the world. Hit that comments button if any come to mind – we’d love to study up on them.