Home 2014 November Declarations of Intention (or the Architectural Manifesto)

Declarations of Intention (or the Architectural Manifesto) 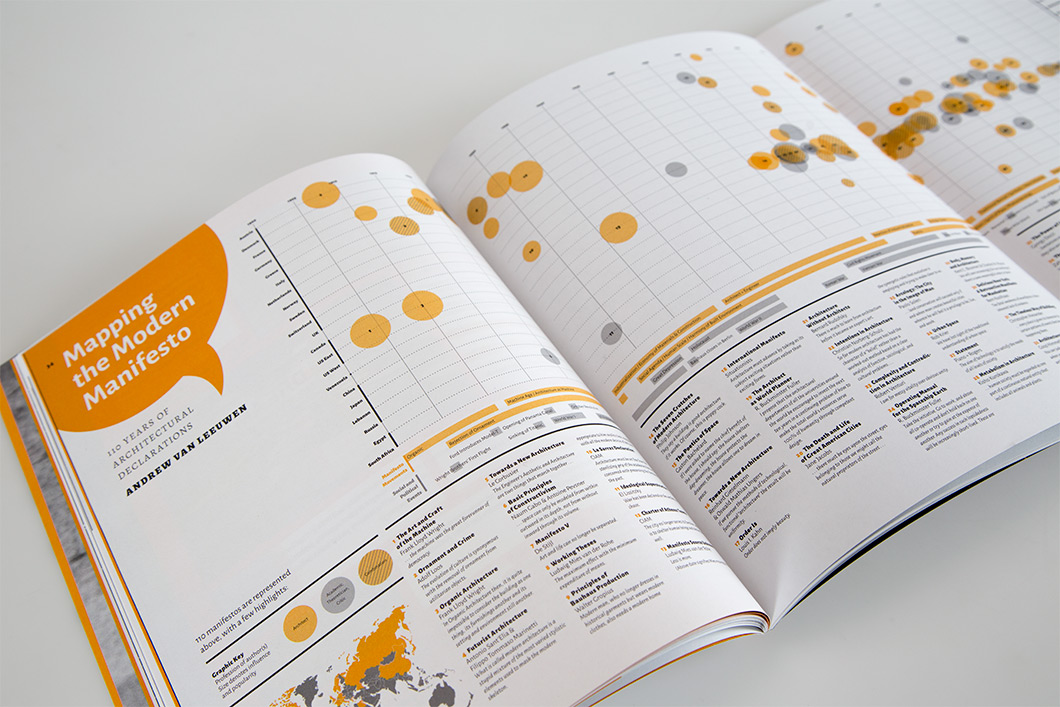 Let’s face it, the term architectural manifesto typically separates people into one of two camps — those who find inspiration in the manifesto and those who consider it a communicable disease. No doubt, the latter group typically has good reason to reject the Architectural Manifesto; after all, the number of arcane and incomprehensible documents attempting to pass as design manifestos out there is disturbing. Exposure to an overly theoretical manifesto also requires immediate medication (2 parts bourbon, ½ part sweet vermouth, ½ part dry vermouth, 2 dashes orange bitters, garnish with an orange peel). But for every manifesto full of esoteric nonsense, there’s an insightful manifesto out there with both feet on the ground. If it makes it more palatable for some of you, we might propose to call such a document a Declaration of Intention. We might also recommend keeping some bourbon close at hand (just in case). Those of you sticking with your manifesto-phobias, and who still don’t see a glimmer of light, can find the off-ramp here (it’s okay, we understand).

If you ask us, we think it’s important for architects and designers to publicly declare their intentions about design — it keeps them accountable to what they say they’re going to do and it reminds them of what they’re committed to. It’s a document that we generated for ourselves many years ago and it continues to inspire our thinking and working. Recently, we dove head-first into the architectural manifesto as an exercise to better understand its importance in the modern era of design and to find the diamonds in the rough. The result is an infographic documenting what we consider to be the most important architectural manifestos since 1904. It was recently published in ARCADE Magazine’s fall issue and can be found here.

If you follow the BUILD Blog, you know that we’re no-nonsense, get-it-built kind of architects. We’re not easily swayed by design as theater or overly academic language. So, naturally, we applied this same filter to carve down hundreds of architectural manifestos to 54 of them that, in our opinions, are most significant to the modern design world. An excerpt of each appears alongside the infographic.

A handful of these manifestos go above and beyond the 54 quoted; they are not only exceptional declarations of intentions, but they also address the zeitgeist of architecture and hit the nail on the head of the current challenges faced by the design world. These manifestos pertain to all of humanity and should be a call to action for architects and designers everywhere. They challenge us to create work that forwards society and makes the built-environment a better place. They’re written in laymen’s terms, and by removing the promotional gloss they get at something more rudimentary. A simple quote just doesn’t do these manifestos justice, so today’s post elaborates on five of them — these are the gems that resonate most with us. Below each is a link to the full version and to the book or website where the original text can be found. We highly recommend reading them in their full length. 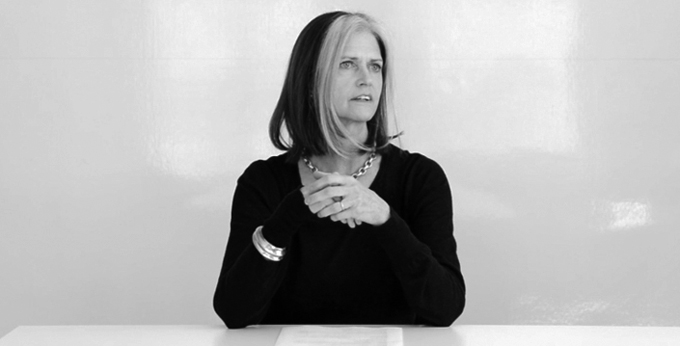 CONSTRUCTING A NEW AGENDA: ARCHITECTURAL THEORY 1993-2009, page 72:
We exist in a culture where heroes have been replaced by celebrities, and fifteen minutes of fame are valued over a lifetime of patient work. In this climate the architect must become a celebrity in order to gain the opportunity to build (or else must loudly proclaim a refusal to build in order to become established as a critical force). Those who do build tend to produce signature buildings designed to attract the attention of the media and sustain the public’s focus, for under these rules architecture can only emanate from the hand of the name-brand architect. The built environment is strewn with these high-profile celebrity products — heroic gestures neither made nor commissioned by heroes.

What should architects do instead? A simple and direct response: acknowledge the needs of the many rather than the few; address diversity of class, race, culture, and gender; design without allegiance to a priori architectural styles or formulas, and with concern for program and construction.

THEORIES AND MANIFESTOS OF CONTEMPORARY ARCHITECTURE, pp. 72-73:
If architecture, the making of Places, is as we propose a matter of extending the inner landscape of human being into the world in ways that are comprehensible, experiential, and inhabitable, and if the architectural world is rich in instances of this success, what then is so dramatically wrong with the way we build today? Why do people not like their houses and apartments? And why have we been guilty of desecrating or obliterating the landscape perfected by the hand of man? Why, that is, have the insides of our world, the places we make for our own inhabitation, which are defensible and free from the chaos or dangers outside, in our century become for many the hostile zone, while ‘in wilderness is the hope of the earth.’ And why is the only chance for the world thought to be for man to keep his hands off the pieces he has not yet destroyed?

What is missing from our dwellings today are the potential transactions between body, imagination, and environment. It is absurdly easy to build, and appallingly easy to build badly. Comfort is confused with the absence of sensation. The norm has become rooms maintained at a constant temperature without any verticality or outlook or sunshine or breeze or discernible source of heat or center or, alas, meaning. These homogeneous environments require little of us, and they give little in return besides the shelter of a cubical cocoon.

Buildings, we are certain, given enough care, are capable of repaying that care (an environmental instance of bread cast upon the waters coming back club sandwiches). We will care increasingly for our buildings if there is some meaningful order in them; if there are definite boundaries to contain our concerns; if we can actually inhabit them, their spaces, taking them as our own in satisfying ways; if we can establish connections in them with what we know and believe and think; if we can share our occupancy with others, our family, our group, or our city; and, importantly, if there is some sense of human drama, of transport, of tension, or of collision of forces, so that the involvement endures.

#35 Natural Energy and Vernacular Architecture by By Hassan Fathy, 1986, Egypt

THEORIES AND MANIFESTOS OF CONTEMPORARY ARCHITECTURE, p. 144:
The techniques and equipment available to the architect today free him from nearly all material constraints. He has the run of centuries of styles and can choose his plans from every continent on earth. But he must remember that he is not building in a vacuum and placing his houses in empty space, as mere plans on a blank sheet of paper. He is introducing a new element into an environment that has existed in equilibrium for a very long time. He has responsibilities to what surrounds the site, and, if he shirks this responsibility and does violence to the environment by building without reference to it, he is committing a crime against architecture and civilization …

… Before the advent of the industrial era and mechanization, man depended on natural sources of energy and available local materials in forming his habitat according to his physiological needs. Over many centuries, people everywhere appear to have learned to interact with their climate. Climate shapes the rhythm of their lives as well as their habitat and clothes. Thus, they build houses that are more or less satisfactory in providing them with the microclimate that they need.

Successful solutions to the problems of climate did not result from deliberate scientific reasoning. They grew out of countless experiments and accidents and the experience of generations of builders who continued to use what worked and rejected what did not. 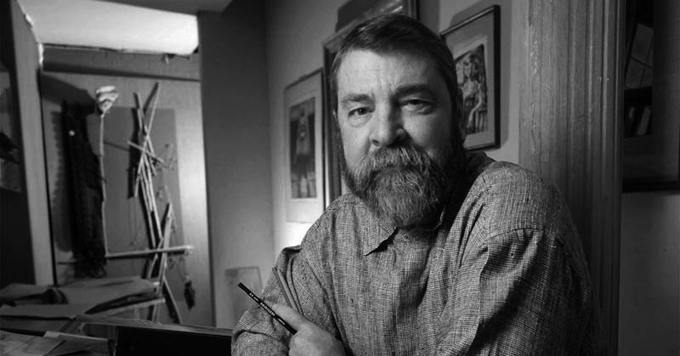 CONSTRUCTING A NEW AGENDA: ARCHITECTURAL THEORY 1993-2009, pp. 107-112:
All architects expect and hope their work will act in some sense as a servant for humanity — to make a better world. That is the search we should always be undertaking and, again, there are no clear-cut definitions or assumed pathways. Therefore it is important to give critical attention to some basic issues that every architect, regardless of time and place, will have to face. Issues that Alberti called choosing between fortune and virtue. Issues not as questions of Judgment but questions of value and principle …

… Architecture, more than any other art form, is a social art and must rest on the social and cultural base of its time and place. For those of us who design and build, we must do so with an awareness of a more socially responsive architecture. The practice of architecture not only requires participation in the profession but it also requires civic engagement. As a social art, architecture must be made where it is and out of what exists there. The dilemma for every architect is how to advance our profession and our community with our talents rather than our talents being used to compromise them …

… People and place matter. Architecture is a continually developing profession now under the influence of consumer-driven culture. The profession is becoming part of the corporate world and corporations (citizens of no place or any place) increasingly resemble nation states. Of the world’s largest 100 economies, 49 are countries and 51 are corporations. The 200 largest corporations employ only three-quarters of one percent of the world’s work force …

… It is not prudent to sit back as architects and rely on the corporate world’s scientists and technology experts to decide which problems to solve. It is in the architect’s own interest to assert his or her values — values that respect, we should hope, the greater good …

… The professional challenge, whether one is an architect in the rural American South or elsewhere in the world, is how to avoid being so stunned by the power of modern technology and economic affluence that one does not lose sight of the fact that people and place matter. 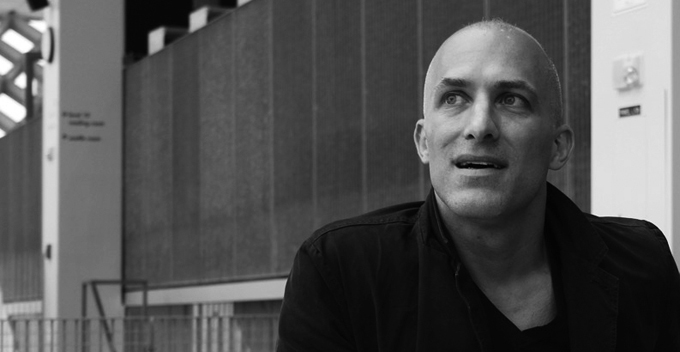 The media sells simple, catchy ideas; it reduces teams to individuals and their collaborative work to genius sketches. The proliferation of this false notion of “starchitecture” diminishes the real teamwork that drives celebrated architecture …

… The implementation of good ideas demands as much, if not more, creativity than their conceptualisation. Increasingly reluctant to assume liability, architects have retreated from the accountability (and productivity) of Master Builders to the safety (and impotence) of stylists …

… The largest obstacle facing clients and architects is their failure to speak a common language.