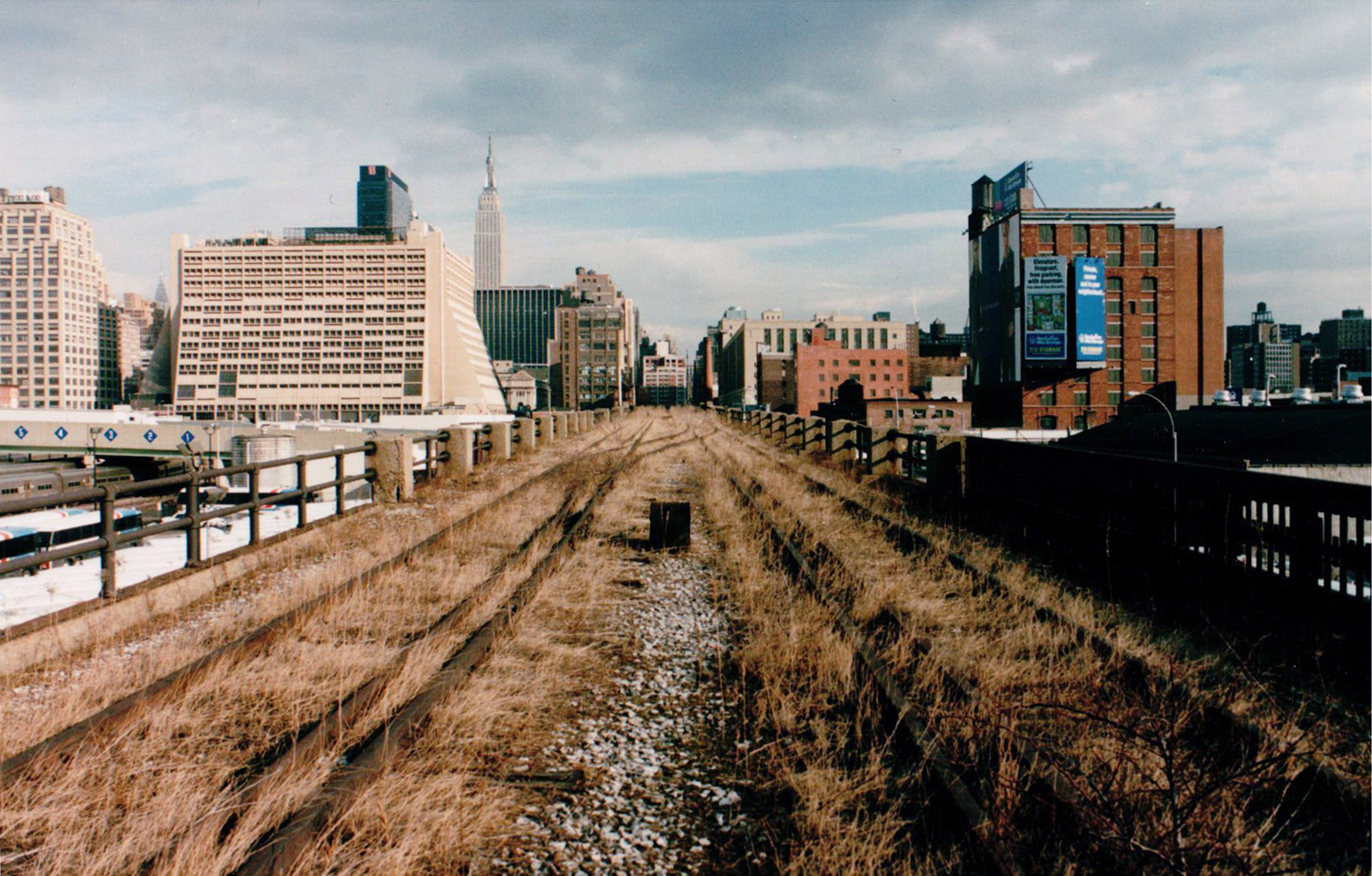 Earlier in September, the third and final phase of Manhattan’s High Line Park opened to the public. It’s an extraordinary example of urban planning and design, in part because of the transformation from its rather humble beginnings. There will be no lack of gorgeous, high-definition, HDR photographs of the completed High Line, but today’s post reveals a grittier, more modest view of this mile-and-a-half-long wonder. 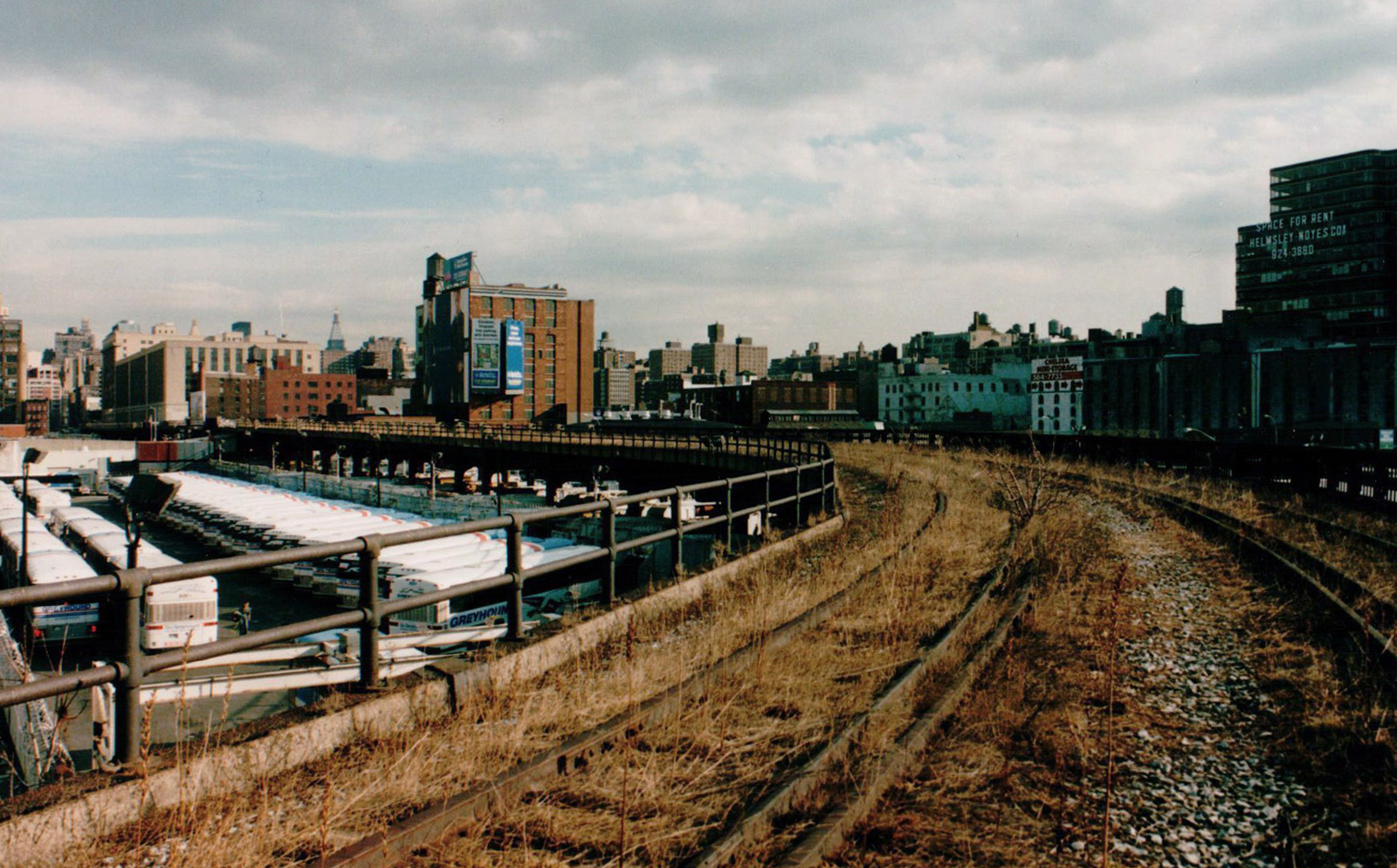 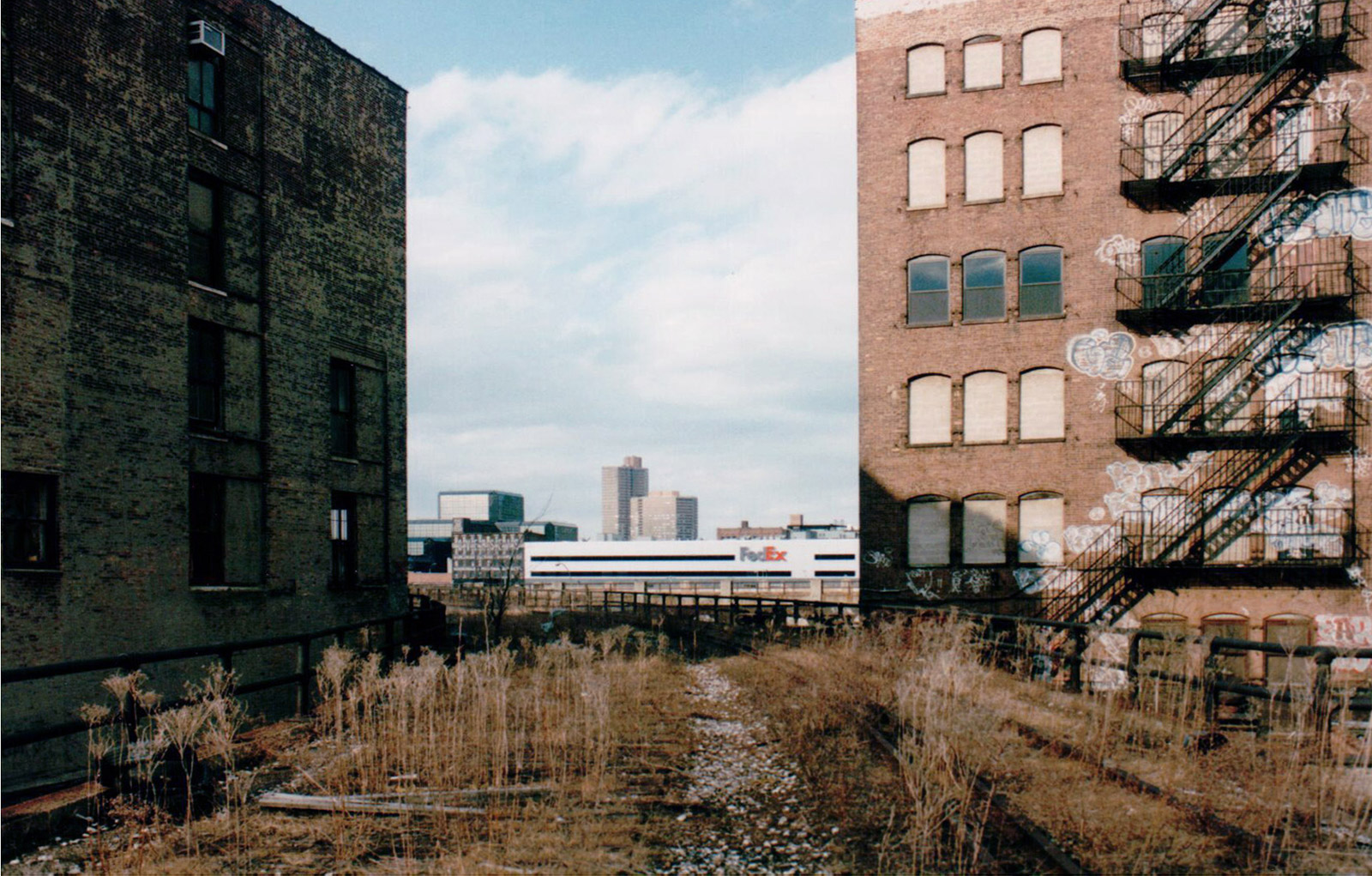 Years ago, (quite a few of them actually,) while attending graduate school in New York, the High Line was the focus of a semester long architecture project. Along with the sweat, blood, and tears of any architecture studio project came the site visits necessary to study the context and understand the spirit of a place. At the time, however, the High Line was a bit of an anomaly as a project site, in that passage on top of the structure was rather difficult. Abandoned since its original use as a cargo train line from 1934 to 1980, access to the High Line was prohibited and a bit precarious due to its state of urban decay. 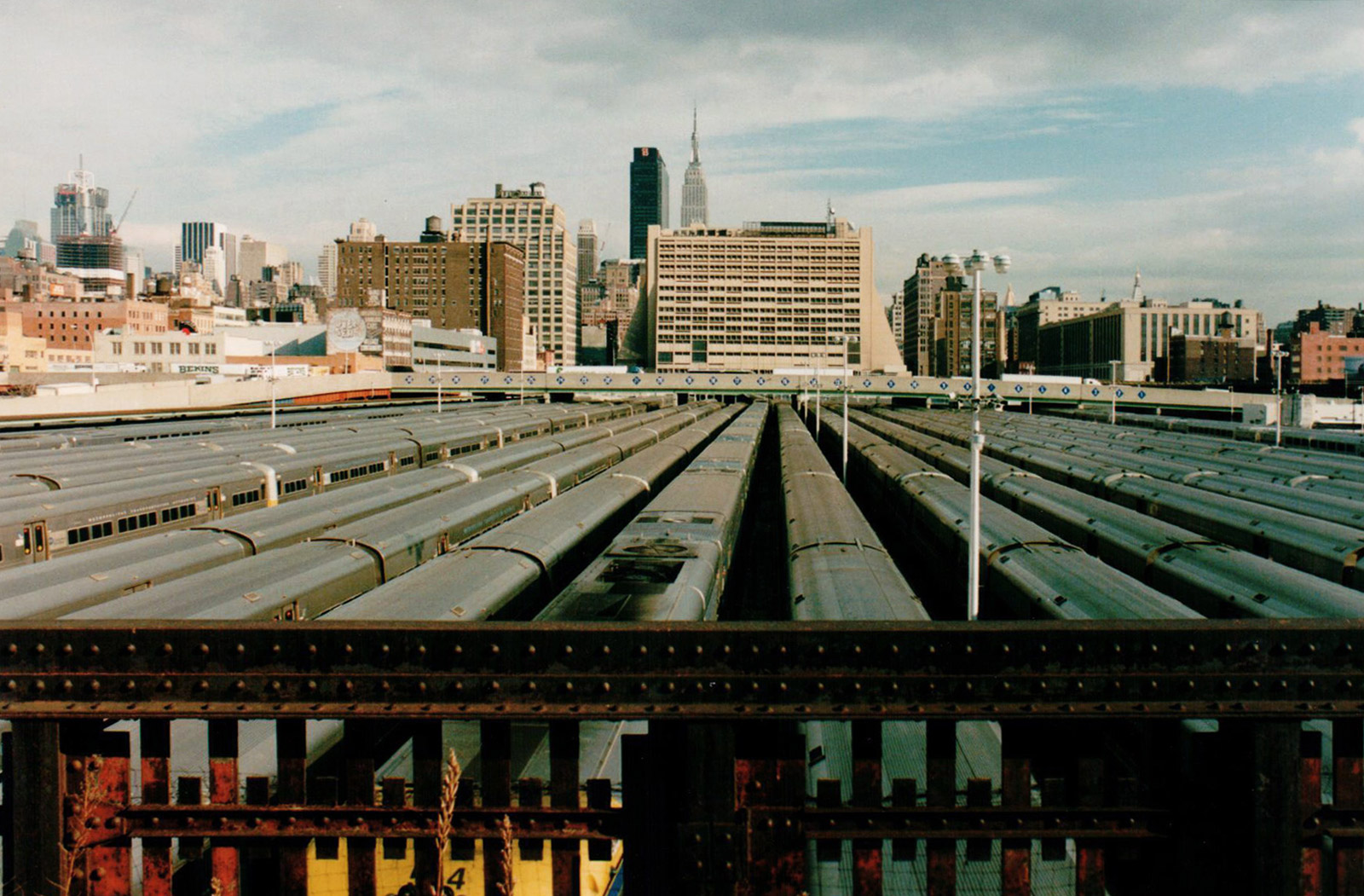 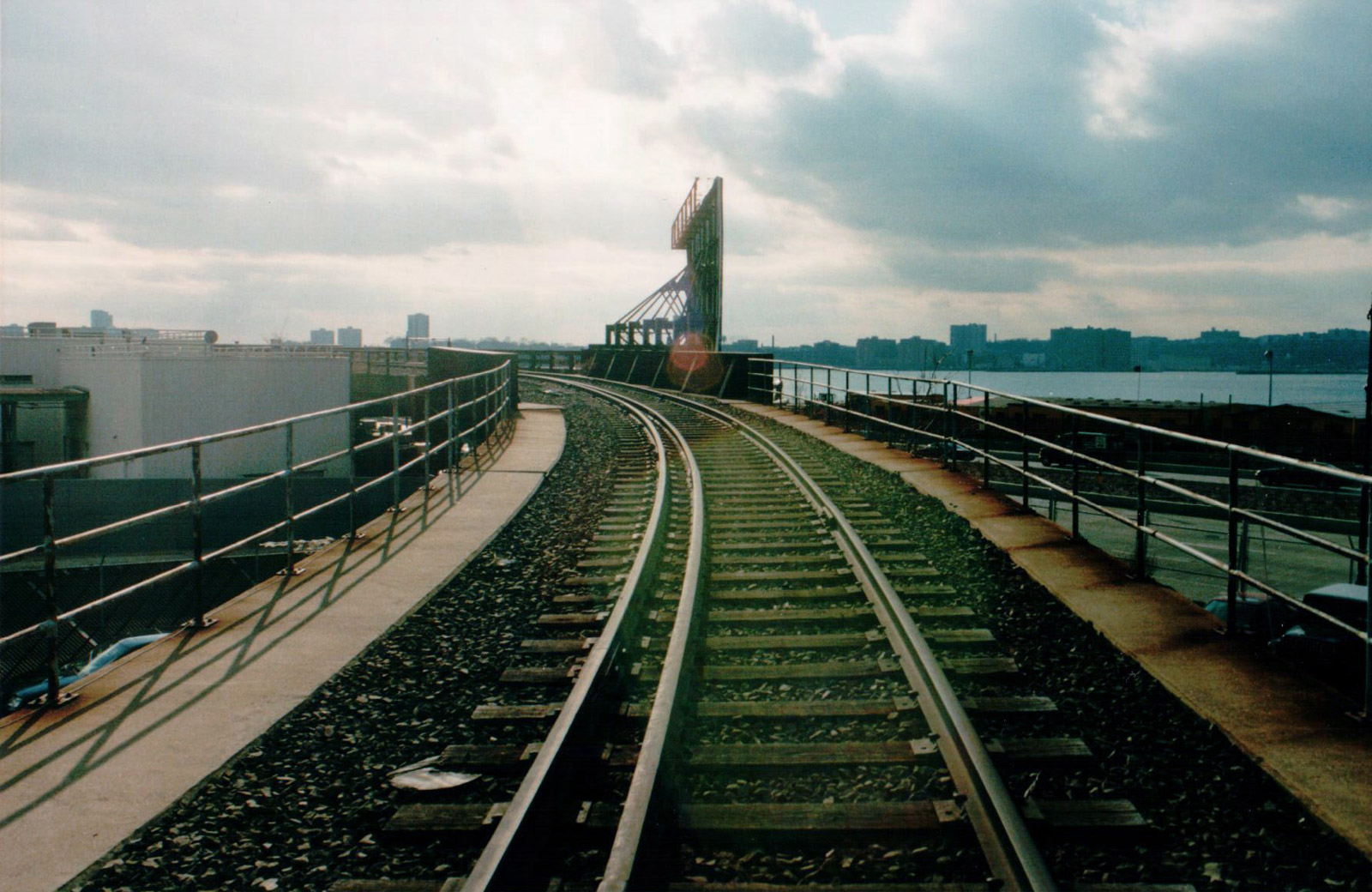 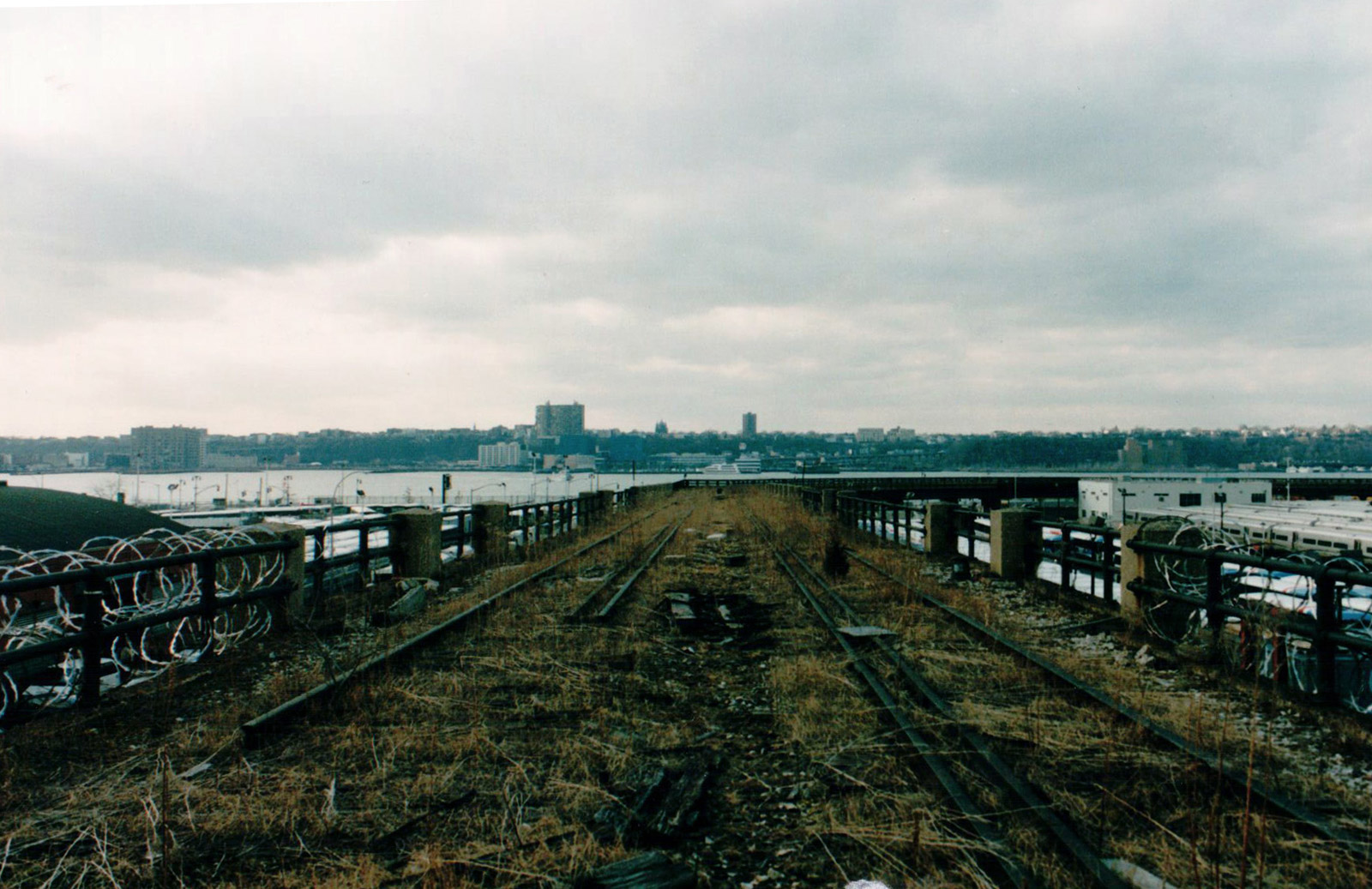 Like any self-respecting architecture student, though, we weren’t going to let corrugated metal, chain-link fence, and a bit of razor wire stand between us and a site we were passionate about. Curiosity, persistence, and a bit of elbow grease were handsomely rewarded with unfettered access to large expanses of the completely vacant viaduct. 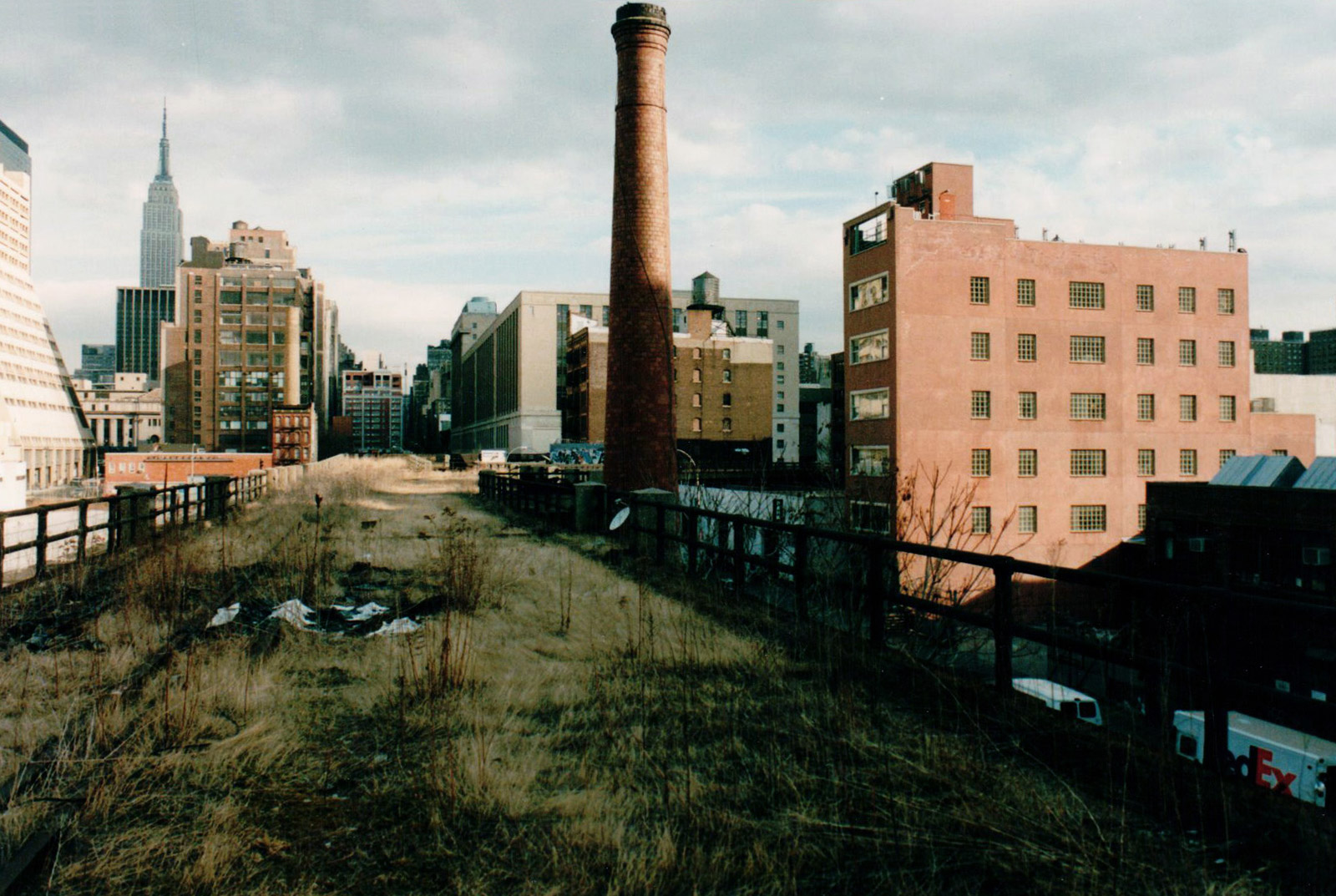 The experience of the High Line pre-gentrification was surreal – it was a walk through an empty field with Manhattan as the immediate backdrop. A visitor was totally isolated and, at the same time, in the middle of a metropolis. Because most buildings at the time turned a blind eye to the aging structure, few onlookers even noticed a lone pedestrian strolling through Chelsea 25 feet above the ground. The only signs of life on the High Line itself were the natural grasses and the abandoned camps of transients. There was a rawness with each step and a sense of uncertainty around each corner. 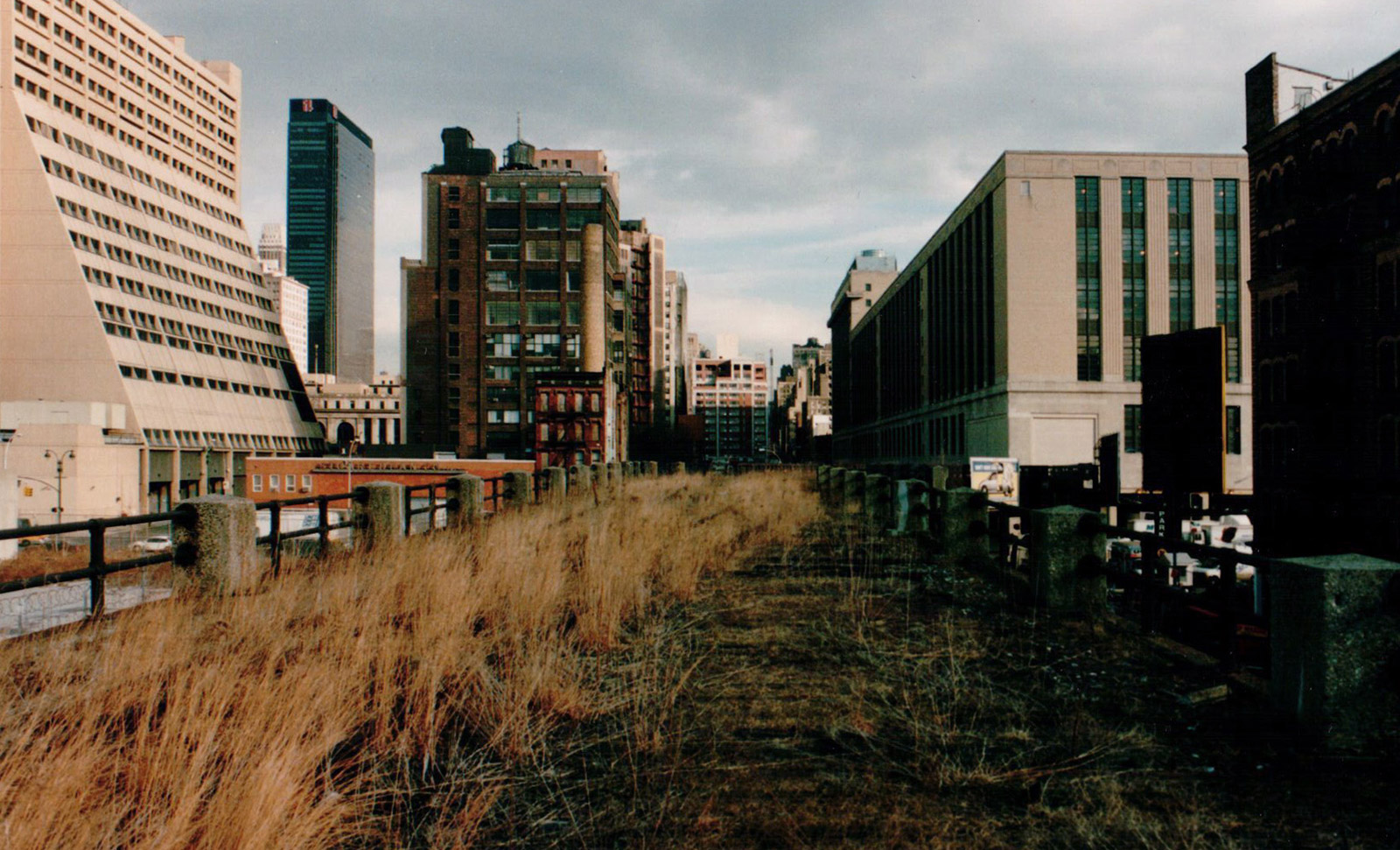 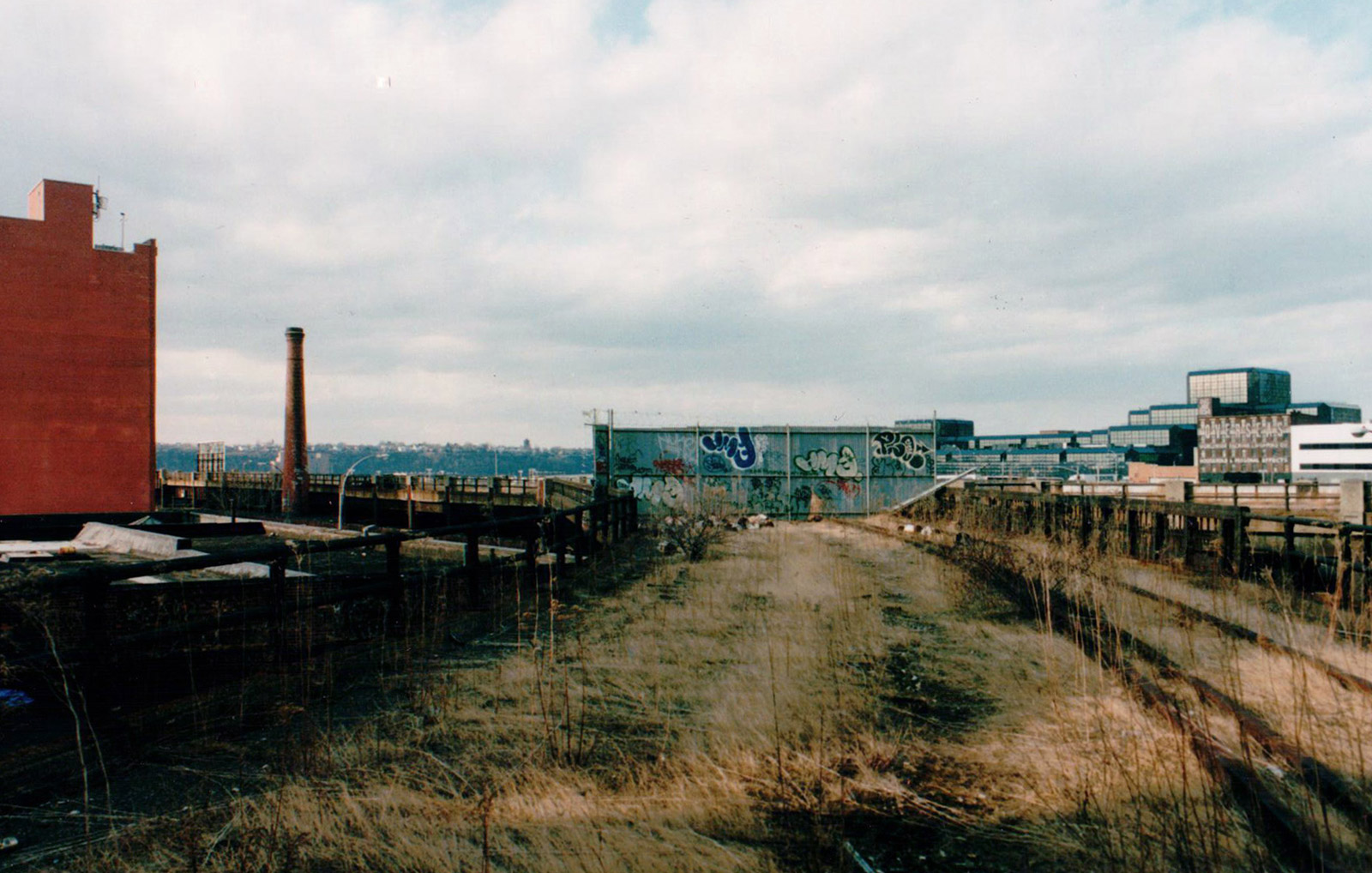 Today, the finished High Line Park is one of the most inspiring urban experiences in North America. Along with the overwhelming views, the high-end condominiums flanking its sides, and the awesome display of community, it’s still nice to see the gritty past peeking through from time to time. 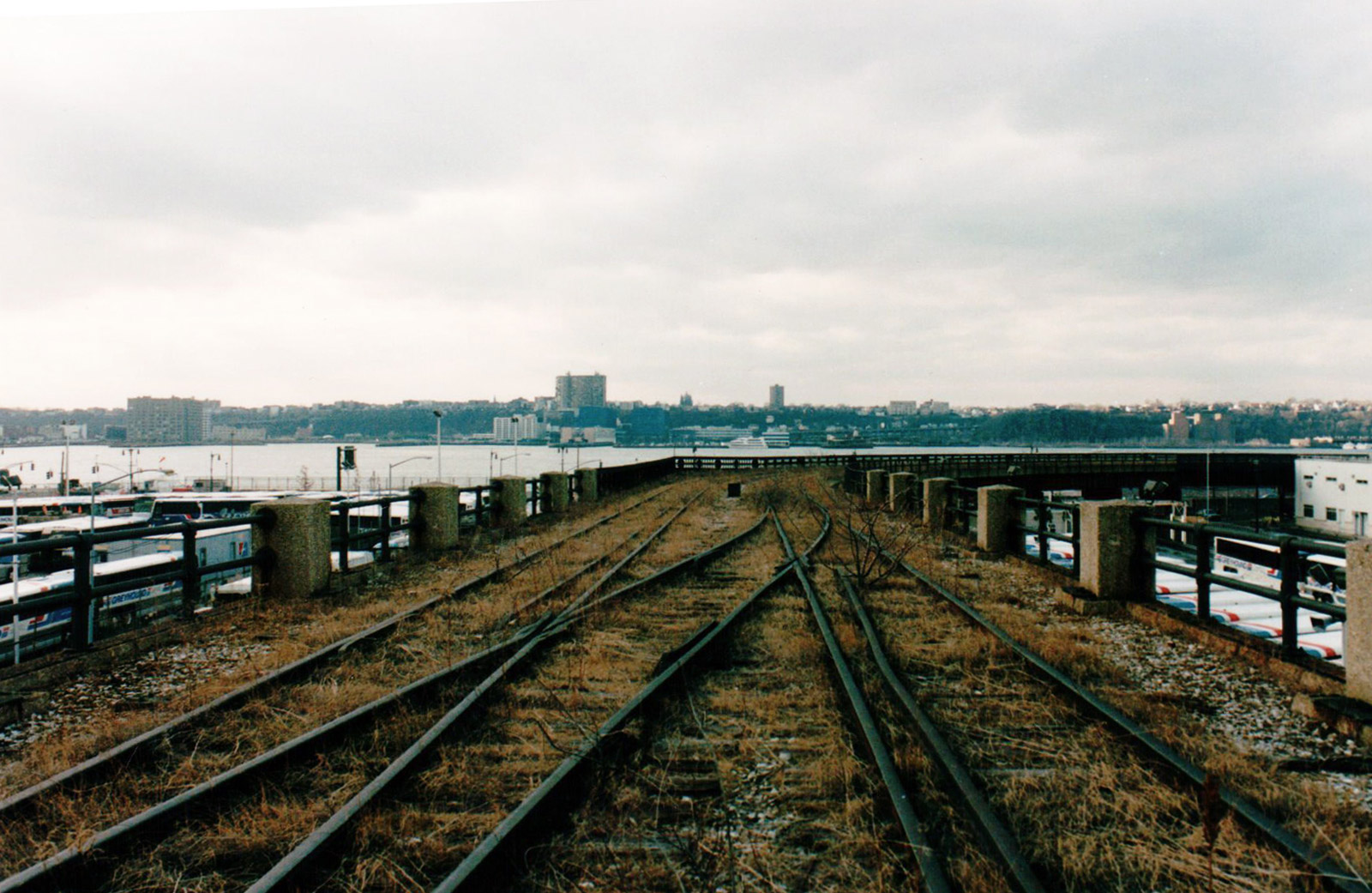 The images above were part of a larger study of the High Line in the Kevin Alter studio at Columbia University. This study produced several diagrams like the one below which illustrates the 81 possible configurations of the massing around the High Line. The diagram documents the most dense massing (upper left corner) through all of the possible massing iterations to the least amount of massing (lower right corner). The conditions that actually exist (or did exist at the time) are indicated with a bold frame. 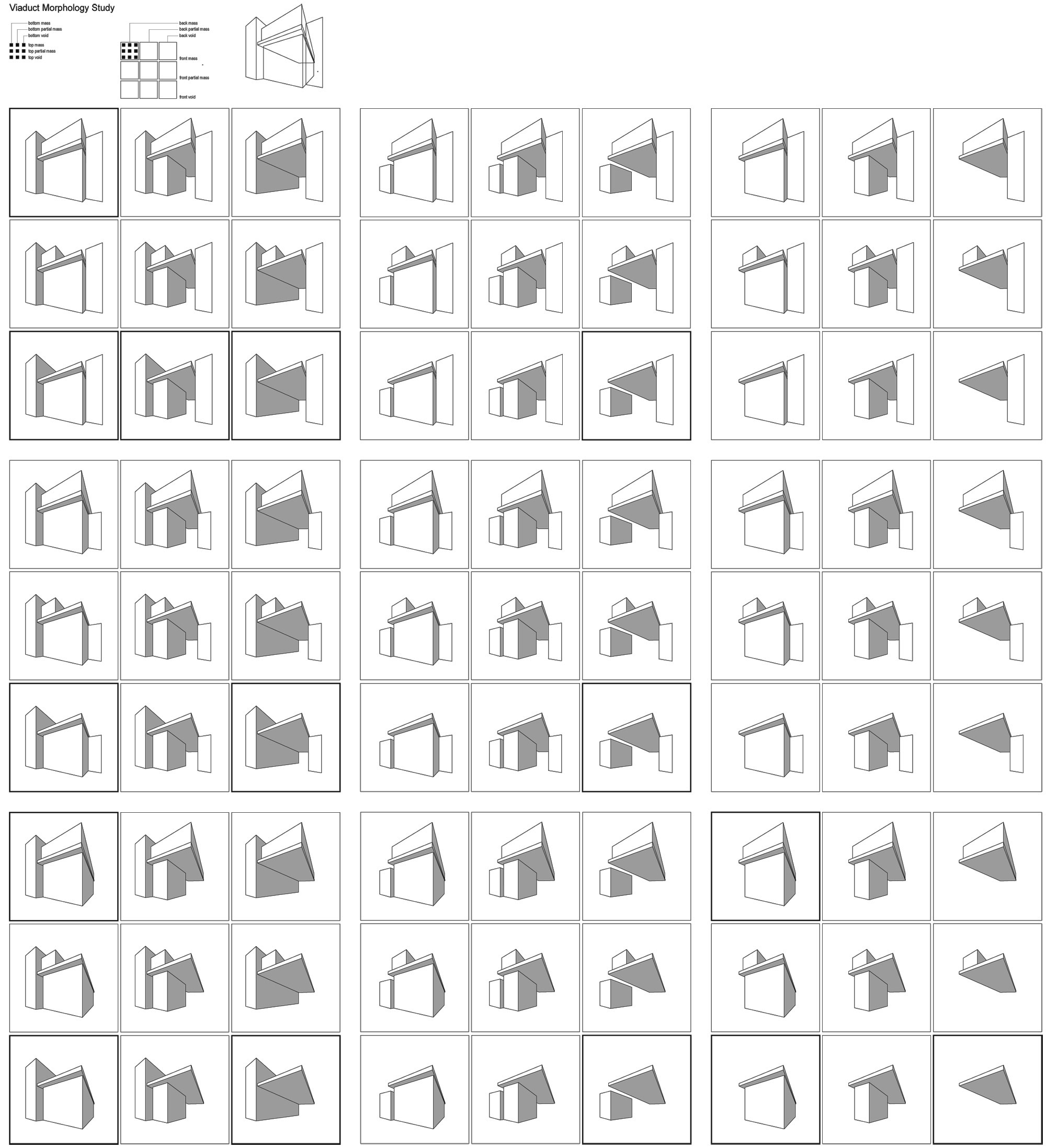