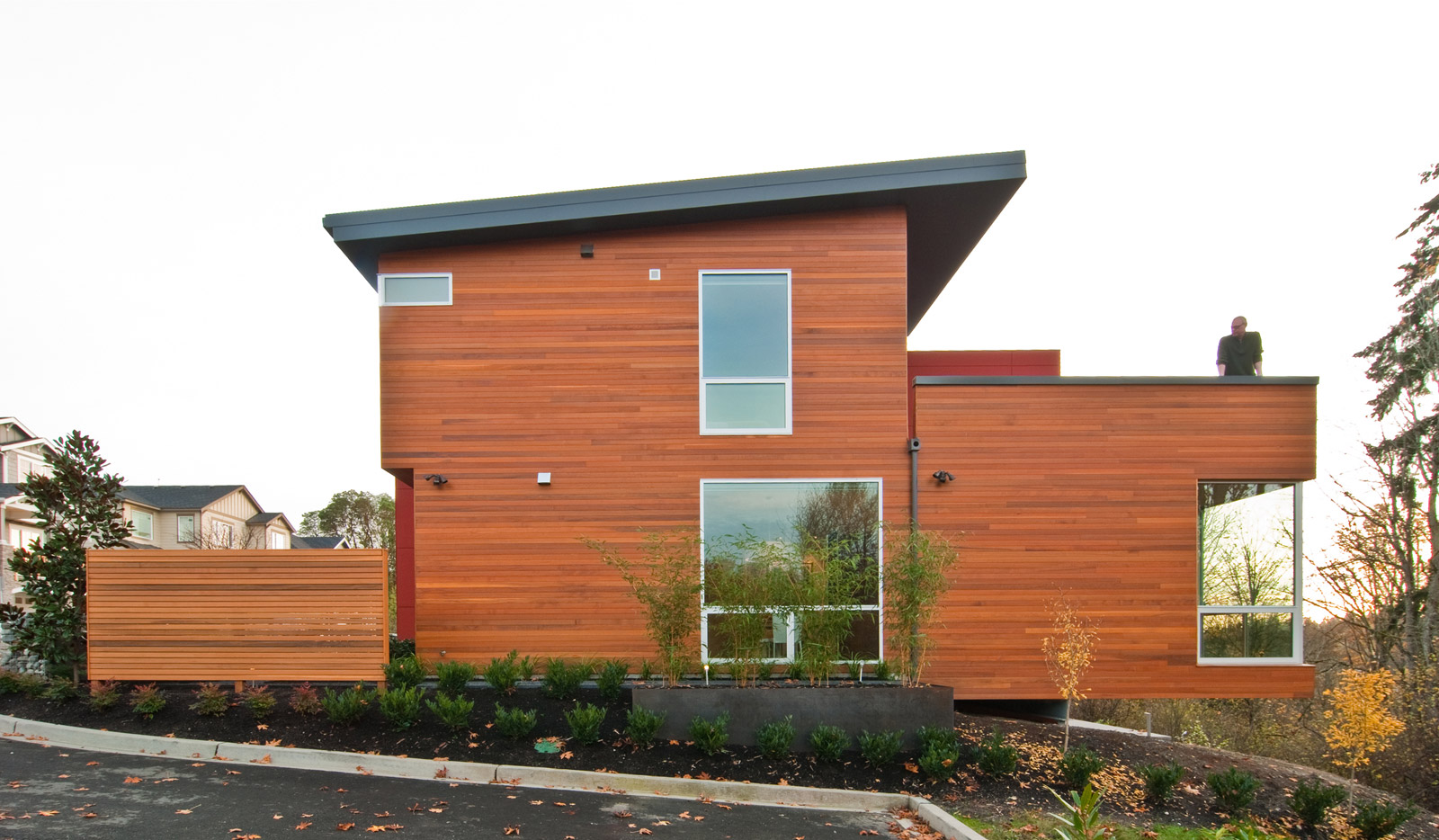 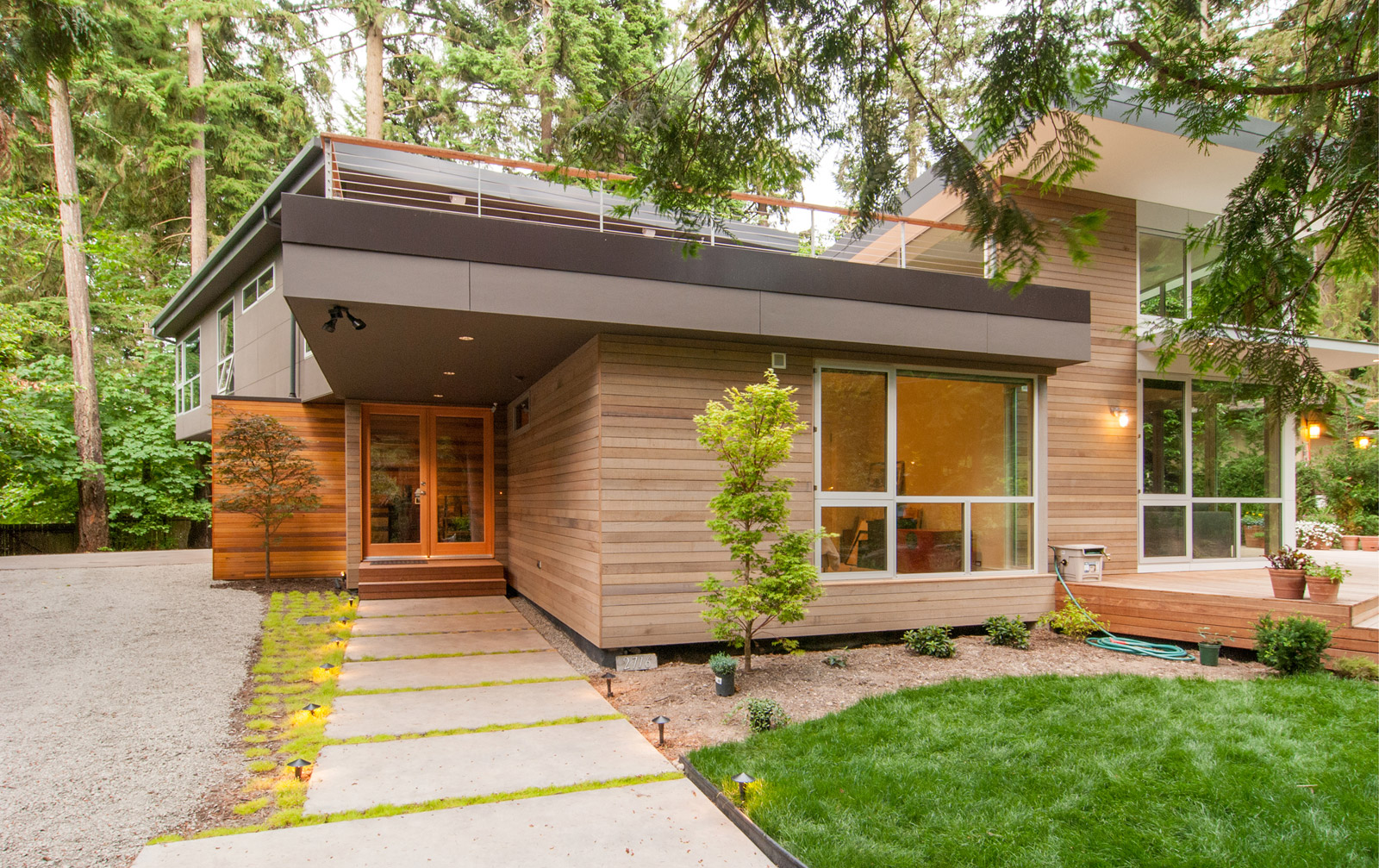 Creating a level surface between the interior floors and an exterior deck is a clean and highly-functional aesthetic that might typically go unnoticed simply because you don’t see problems that aren’t there. But it would be glaringly obtrusive if the deck were higher than the interior floor.  Nothing says “we didn’t figure out the framing system prior to building the deck” quite like having to step up to the deck from an adjacent room. A level relationship is easy enough to achieve at decks that sit over exterior areas, as the structure can just be dropped to accommodate the alignment of floor and deck. But over habitable conditioned area, it’s a different beast all together. Here are 5 reasons why: 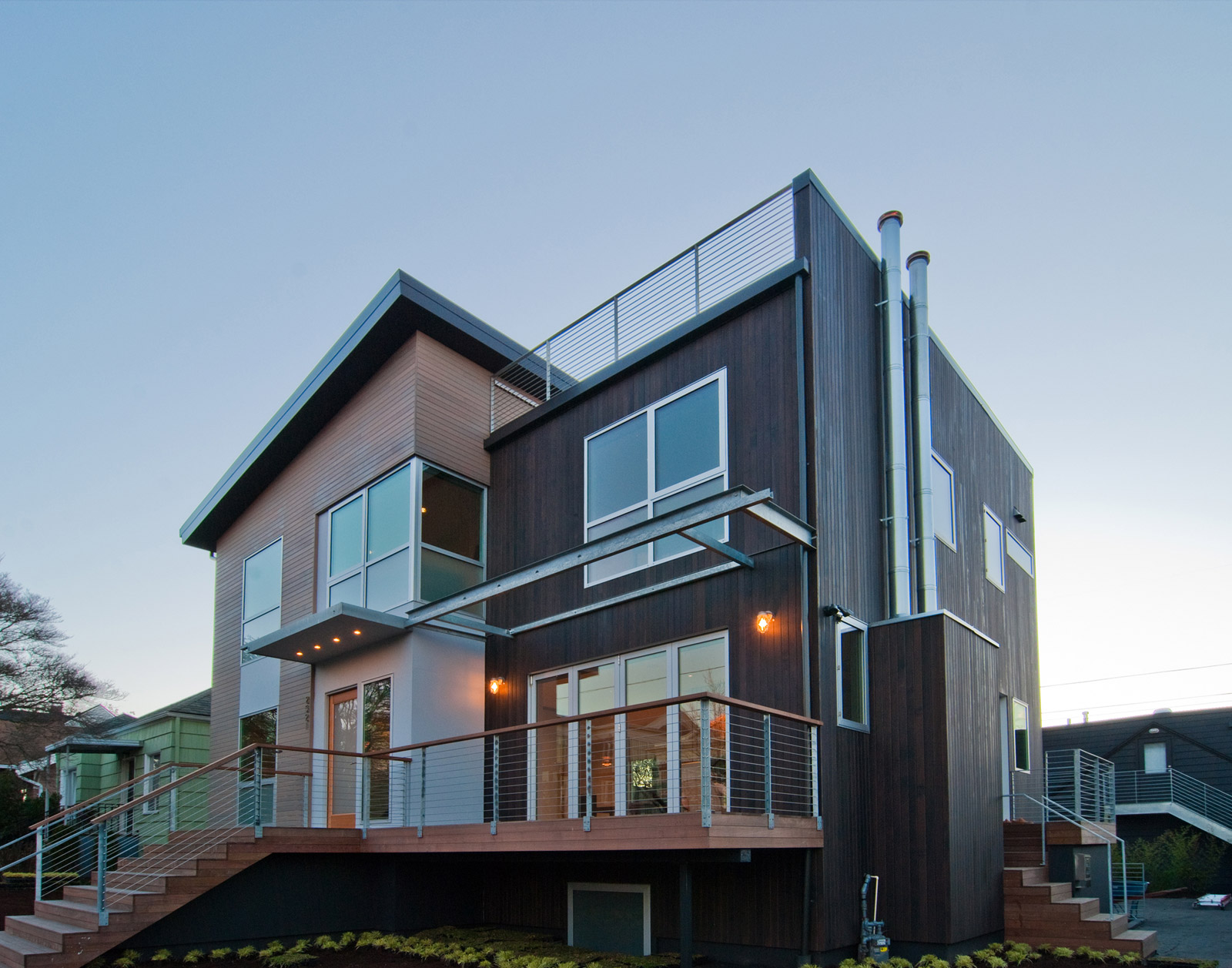 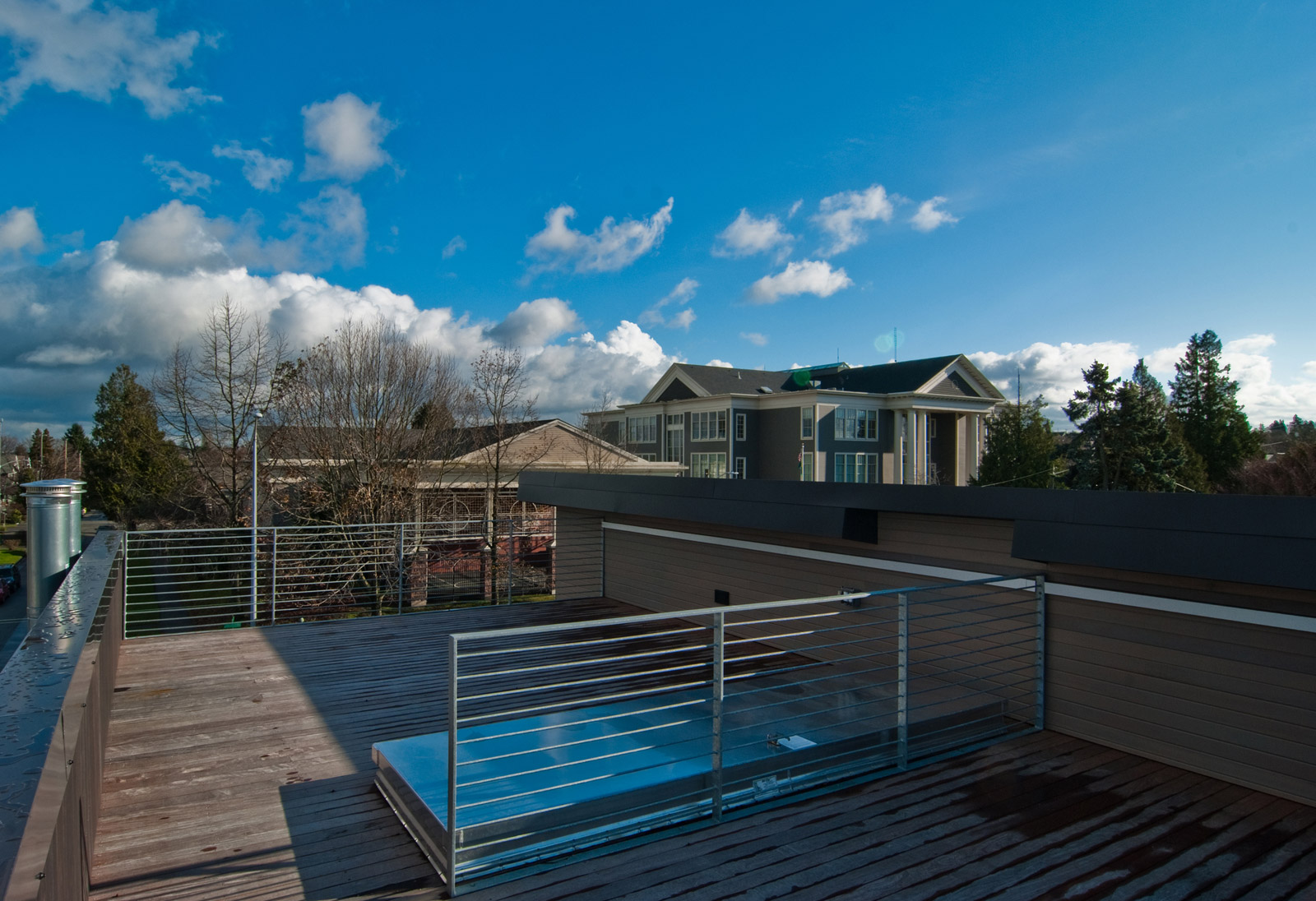 3.    Sloped decks usually want be at their lowest point around the perimeter of the structure, right where the beams and headers are commonly located. This overlap typically requires some head-scratching, a bit of structural coordination, and (you guessed it) additional depth. 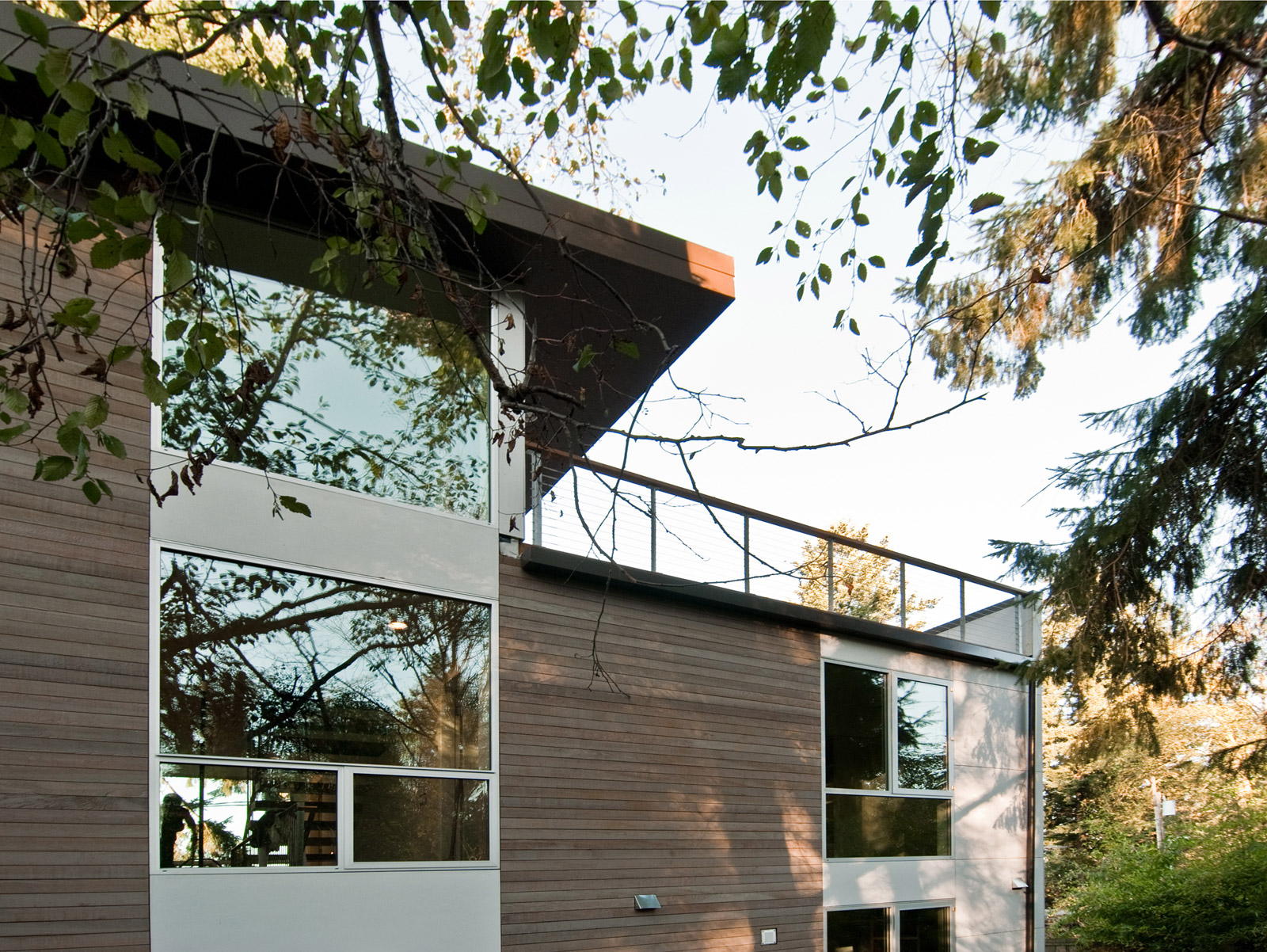 4.    Most successful solutions to the items noted above compress the structural and drainage systems into an efficient and minimal vertical dimension. Unfortunately this rarely leaves enough room for the batt insulation required to develop the appropriate R-value. 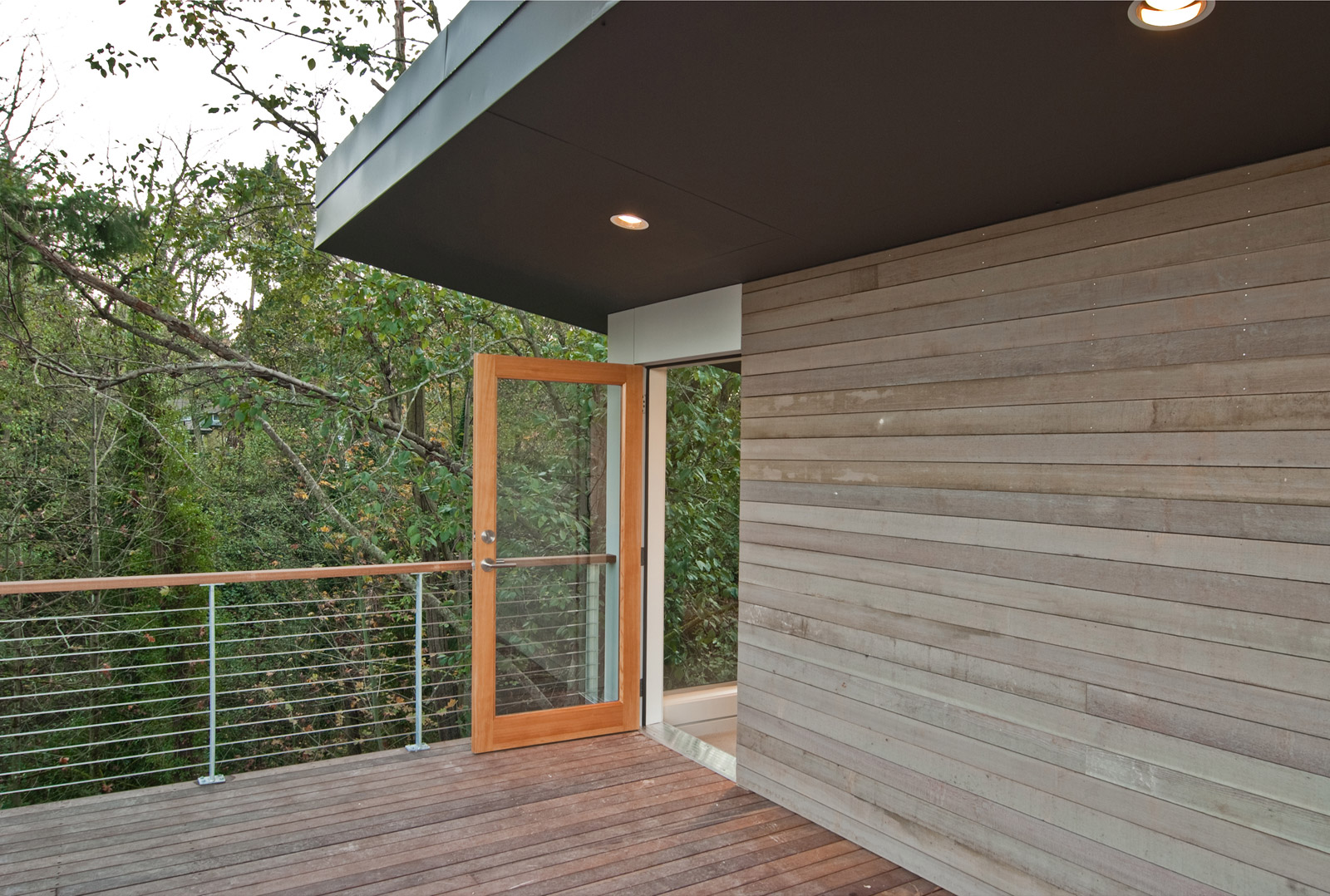 5.     The build-up of assembly due to drainage, structure, and insulation systems frequently necessitates a drop soffit at the interior of the home.

These 5 items are intricately intertwined and the success in resolving one, invariably affects the others. Subsequently, the design of decks over habitable areas are delicate solutions and once good assemblies are figured out and drawn up in the office, we tend to employ them as a standard detail on future projects, tweaking them ever so slightly as we find new/better materials and methods. Here is a current project on the drawing board along with it’s detailing for the deck over conditioned area: 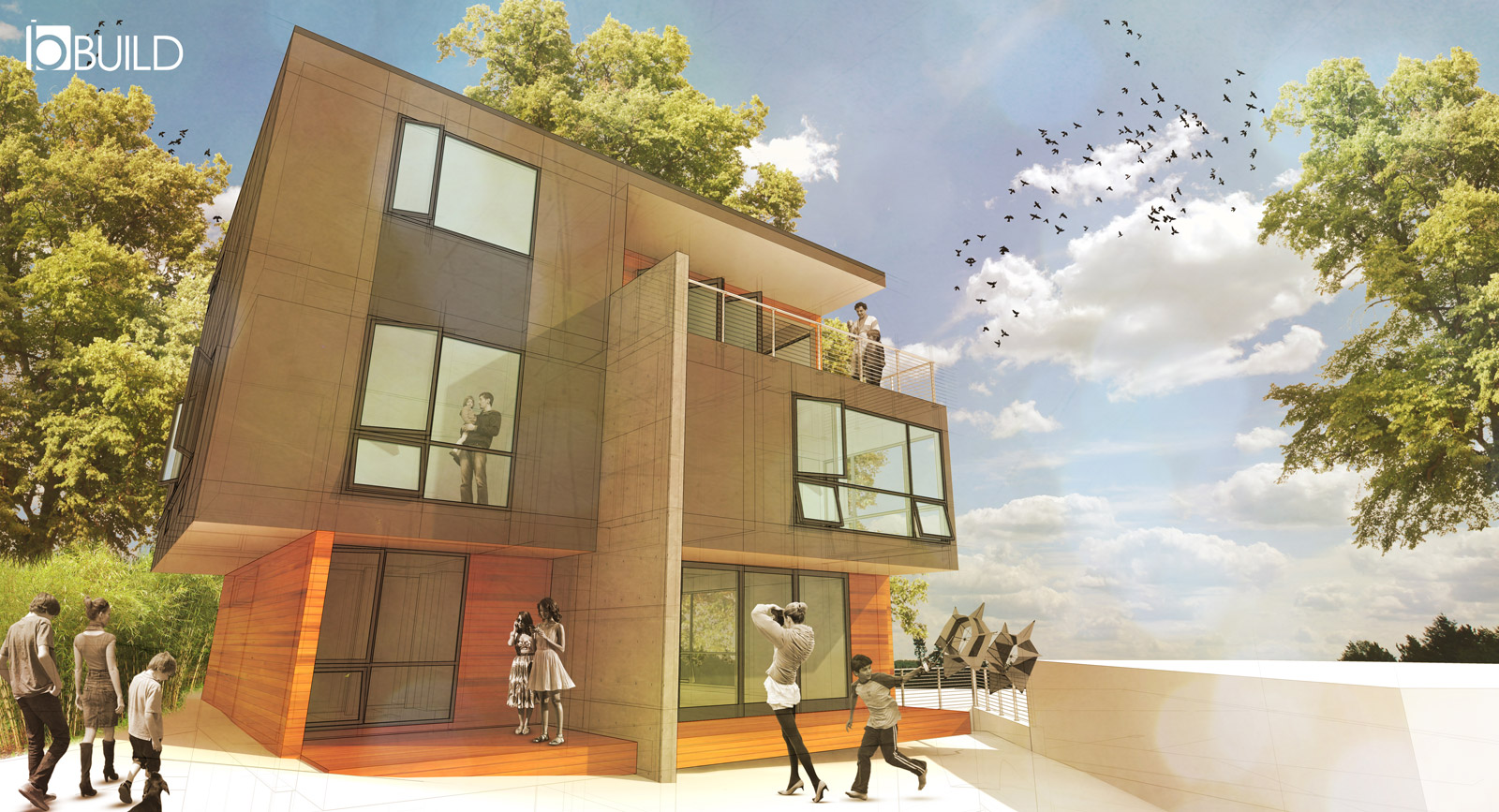 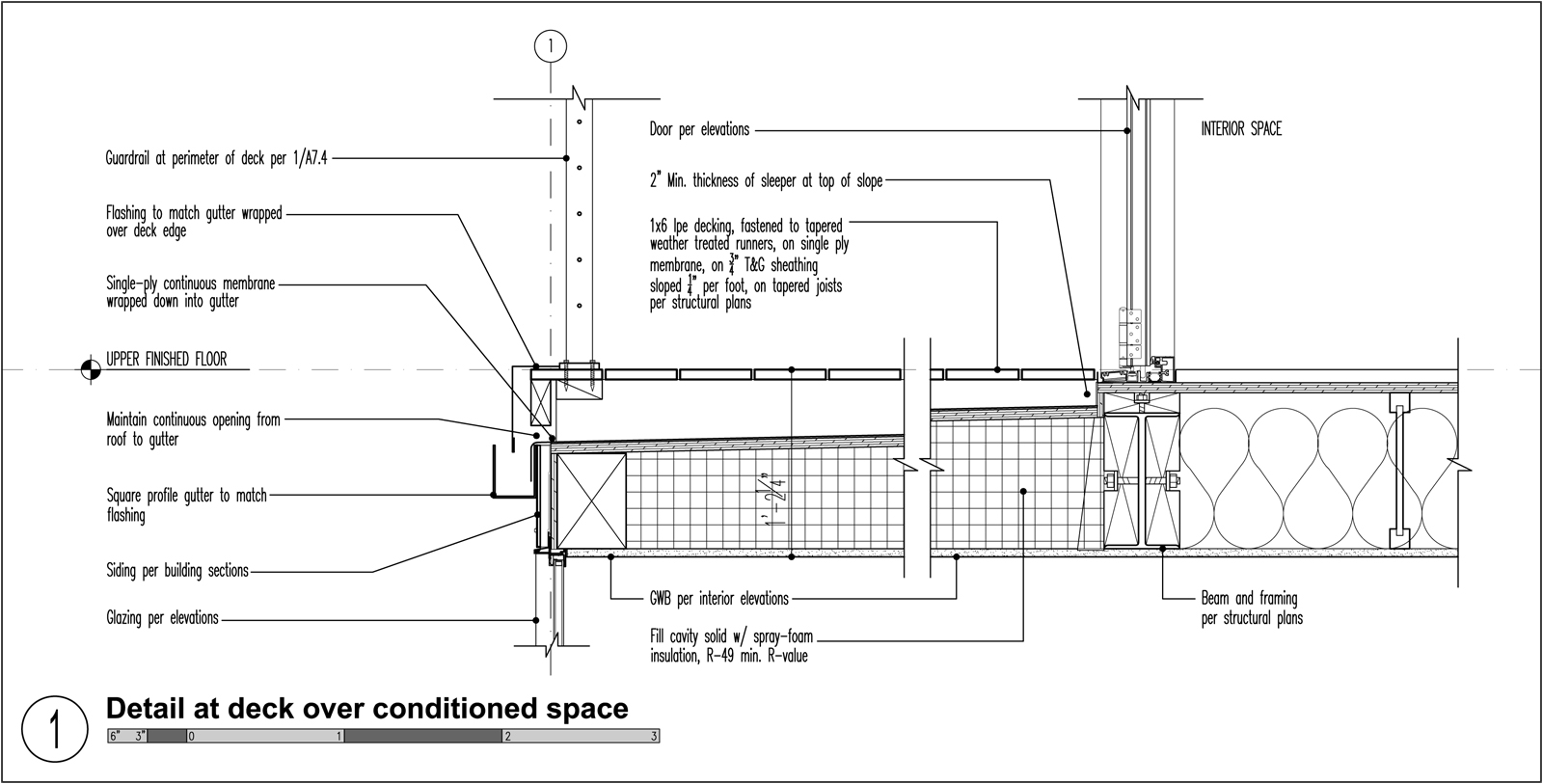 There’s a few important items to notice with this detail. The level of the exterior deck is perfectly level with the interior finished floor. The drainage slope occurs with the structural joists themselves. And last but not least, the assembly doesn’t use batt insulation. Here’s a quick hit of 5 keys components to solving the issues noted above and arriving at a successful assembly for a deck over conditioned area: 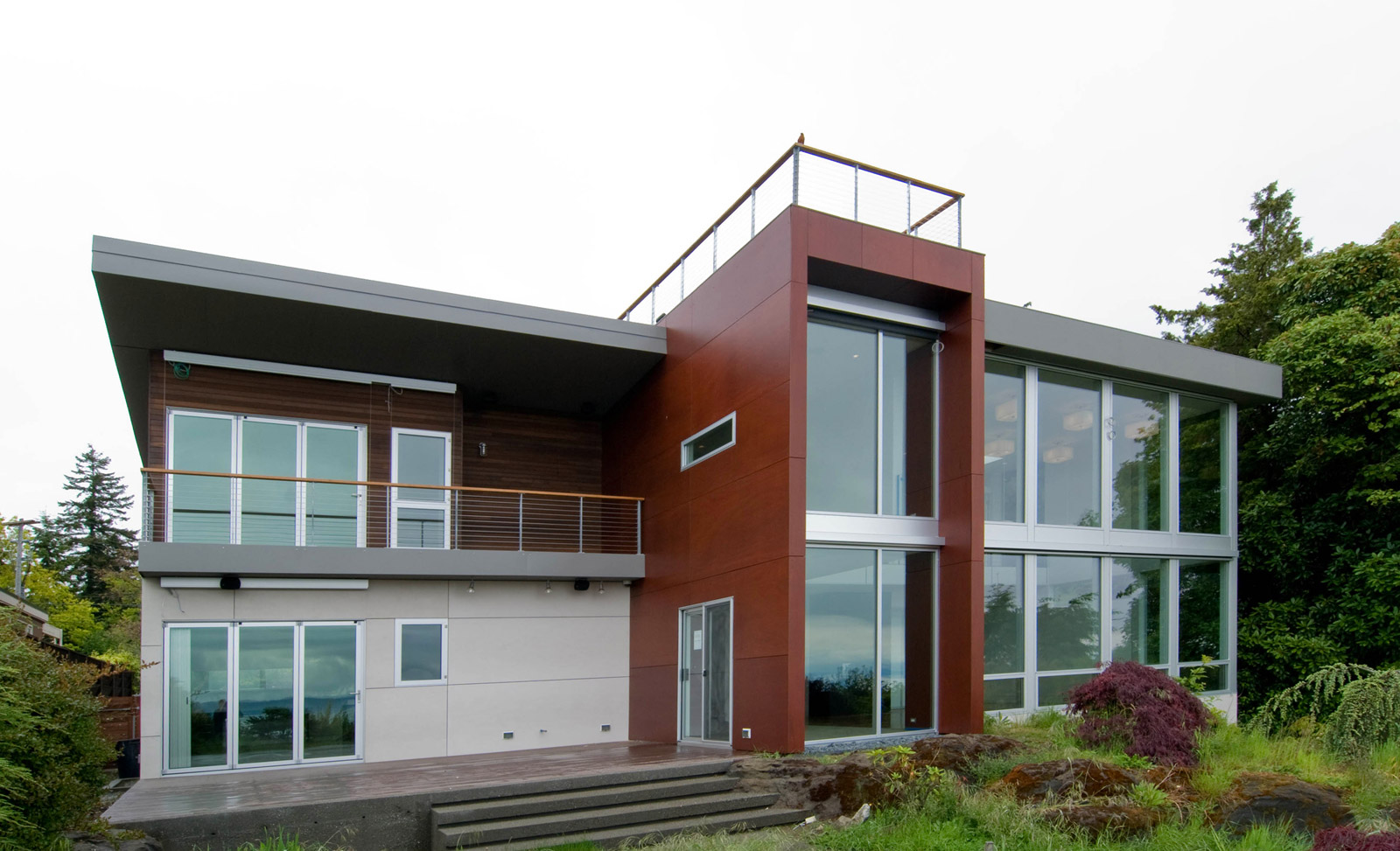 B.    The header at the perimeter of the interior envelope (the low side of the deck drainage) can be sized shallow but wide. Because it’s not a drop beam, a wider beam can be concealed within the floor cavity. In this situation, we’ll often use a PSL header as the increased shear and moment resistance allows for a smaller cross section. 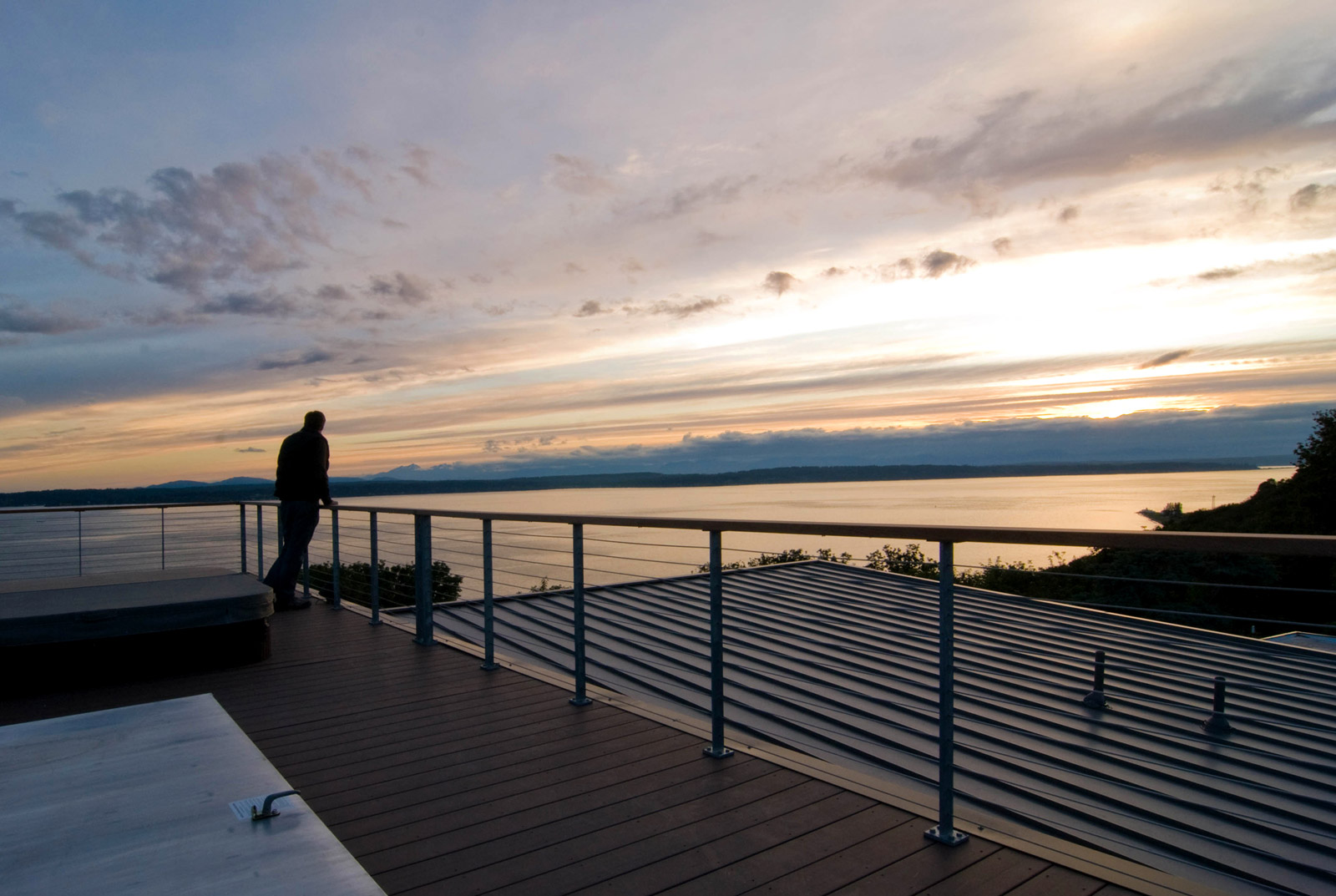 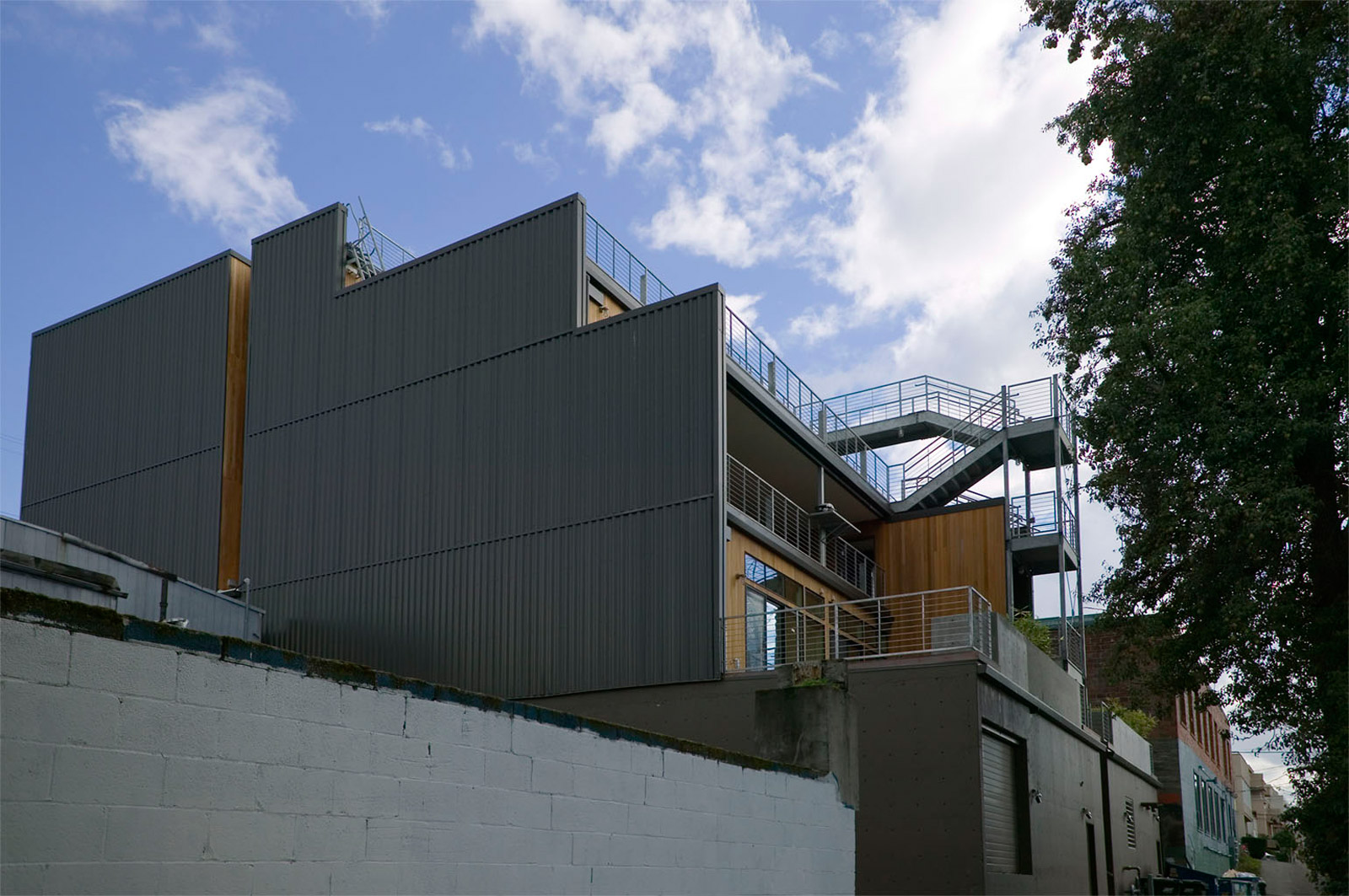 D.    A series of non-structural sleepers are sloped to provide a level walking surface at the deck. These are built like palettes, fastened to the decking, and simply lay on top of the roofing membrane. For obvious reasons, the fewer penetrations in the membrane, the more reliable the waterproof membrane will be over time. 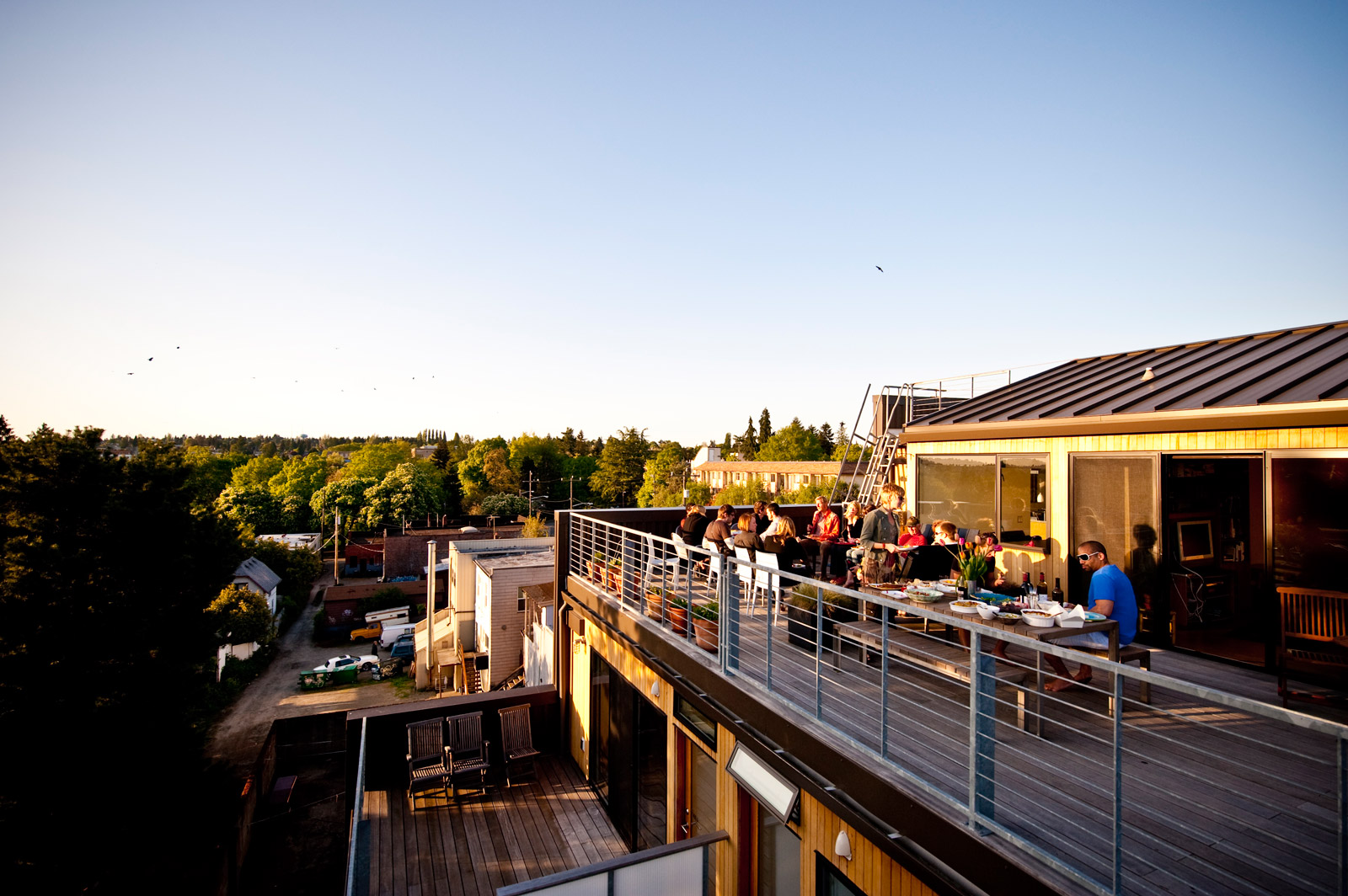 E.    It’s not at all uncommon for the solutions above to still produce an assembly deeper than the typical interior floor system. When it’s simply not possible to compress the deck assembly to less than the depth of the floor system at the adjacent interior, a lower ceiling will be required beneath. A lower ceiling or drop soffit isn’t necessarily a bad thing -it just involves an added layer of strategy. The project below makes use of a drop soffit above the living room to resolve the deck assembly depth. The soffit is carefully situated between the living room and dining room and you barely notice it. It plays a visual role by delineating the living room from the dining room and it makes the living room a bit more intimate in scale. 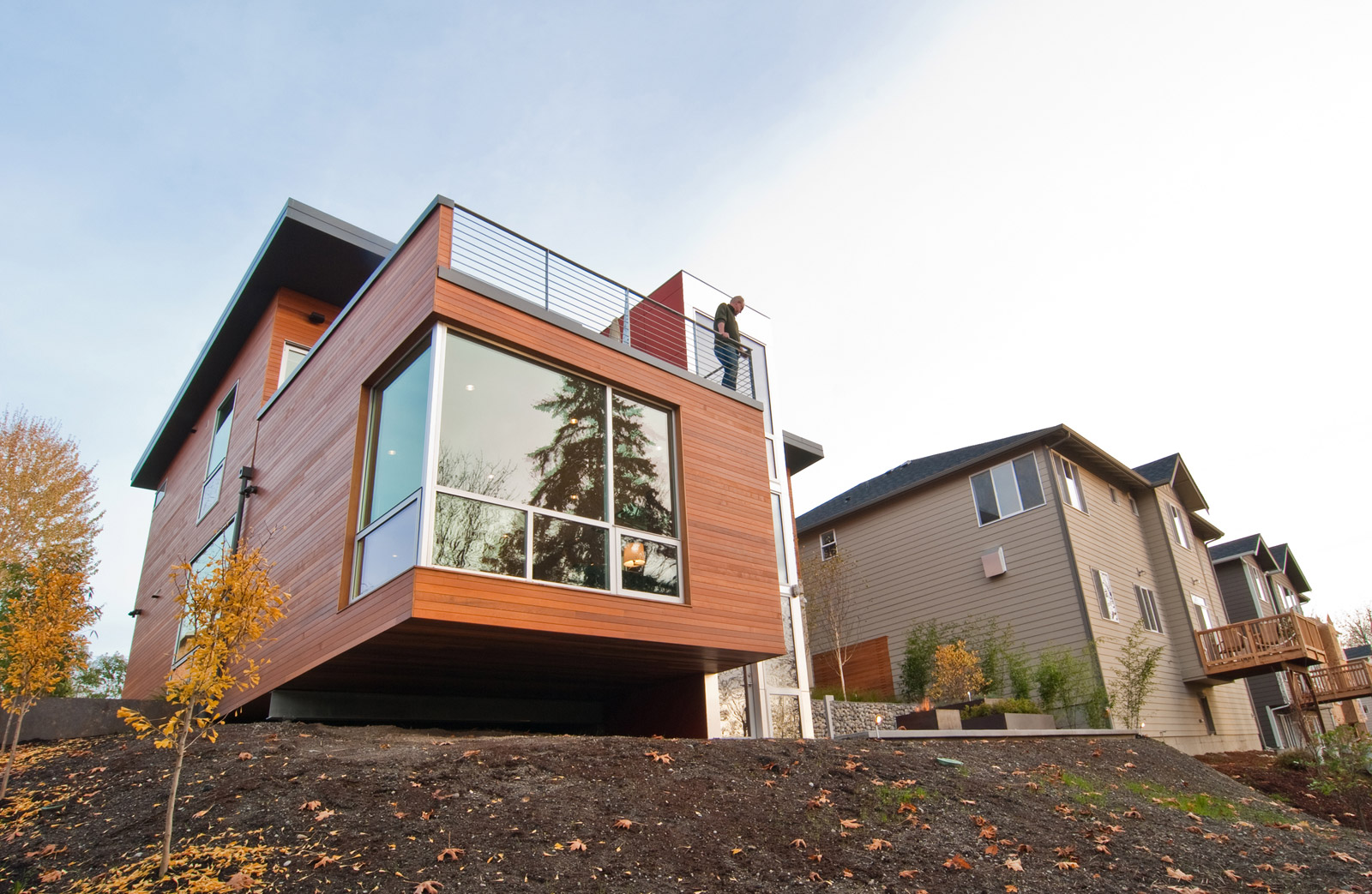 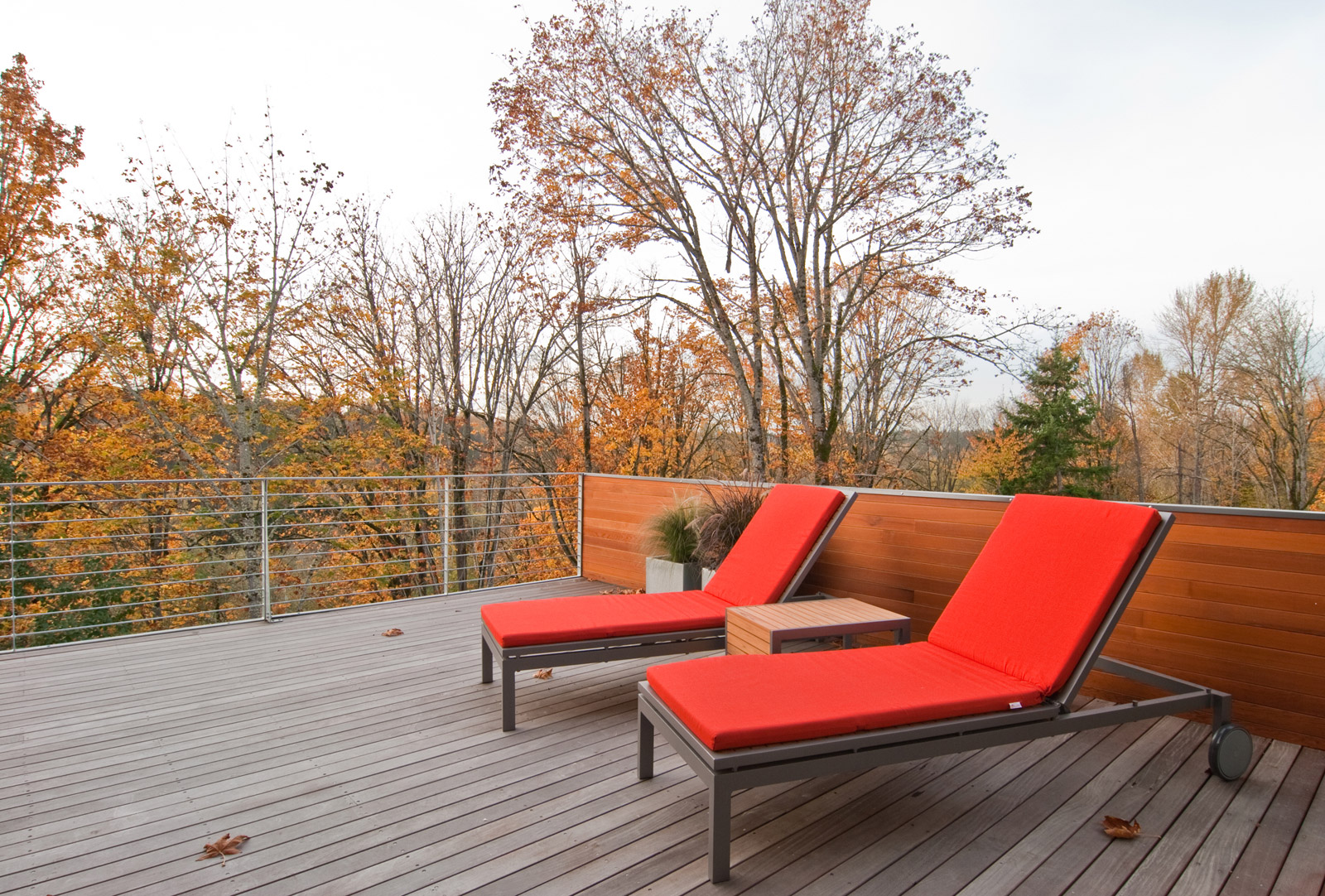 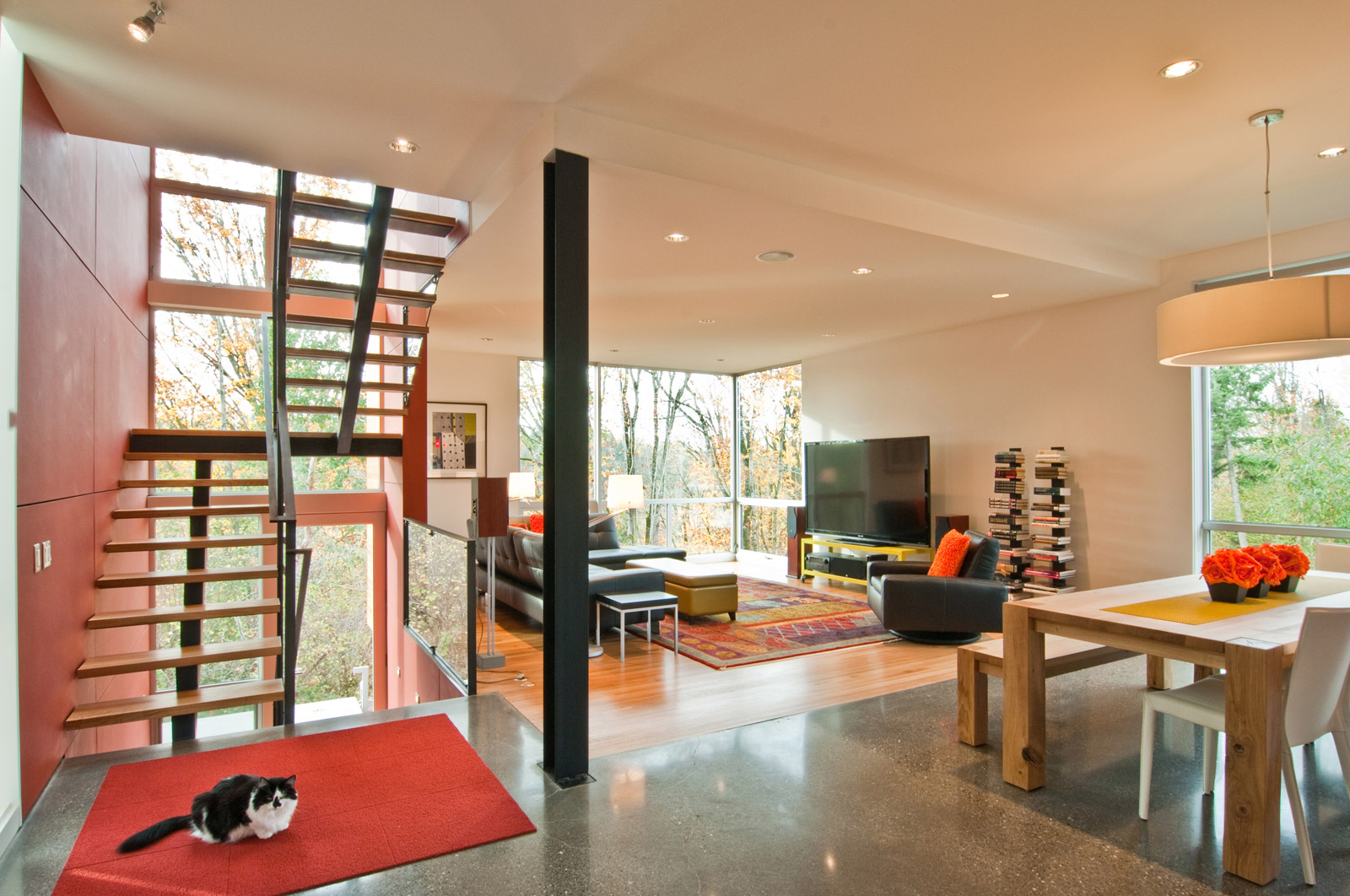 The ceiling drop can be further concealed with the use of a soffit if desired -here’s our technical guide to soffits. If you’re interested in more information on the guardrails featured in the projects above, click here.

There you have it, the top 5 issues and our top 5 solutions for decks over conditioned area. You know where to put those questions, comments, and concerns.