Navigating the Hills of Affordable Housing: An Interview With David Baker, Part 2 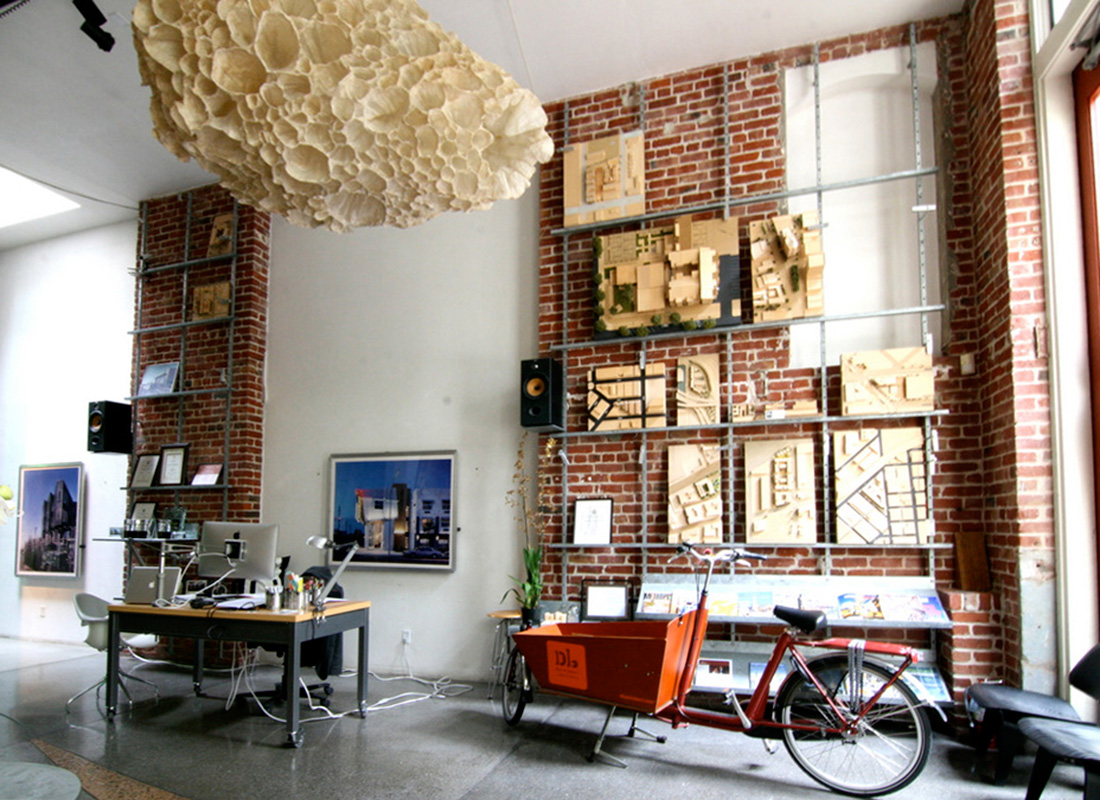 Last spring we sat down with David Baker while he was in town speaking at the UW Department of Architecture. With his breadth of experience living and working in San Francisco, we got a peek into David’s path and passion towards affordable housing and urbanite living. This is the 2nd part of the series; hop on over to ARCADE Magazine for the first part of the interview. 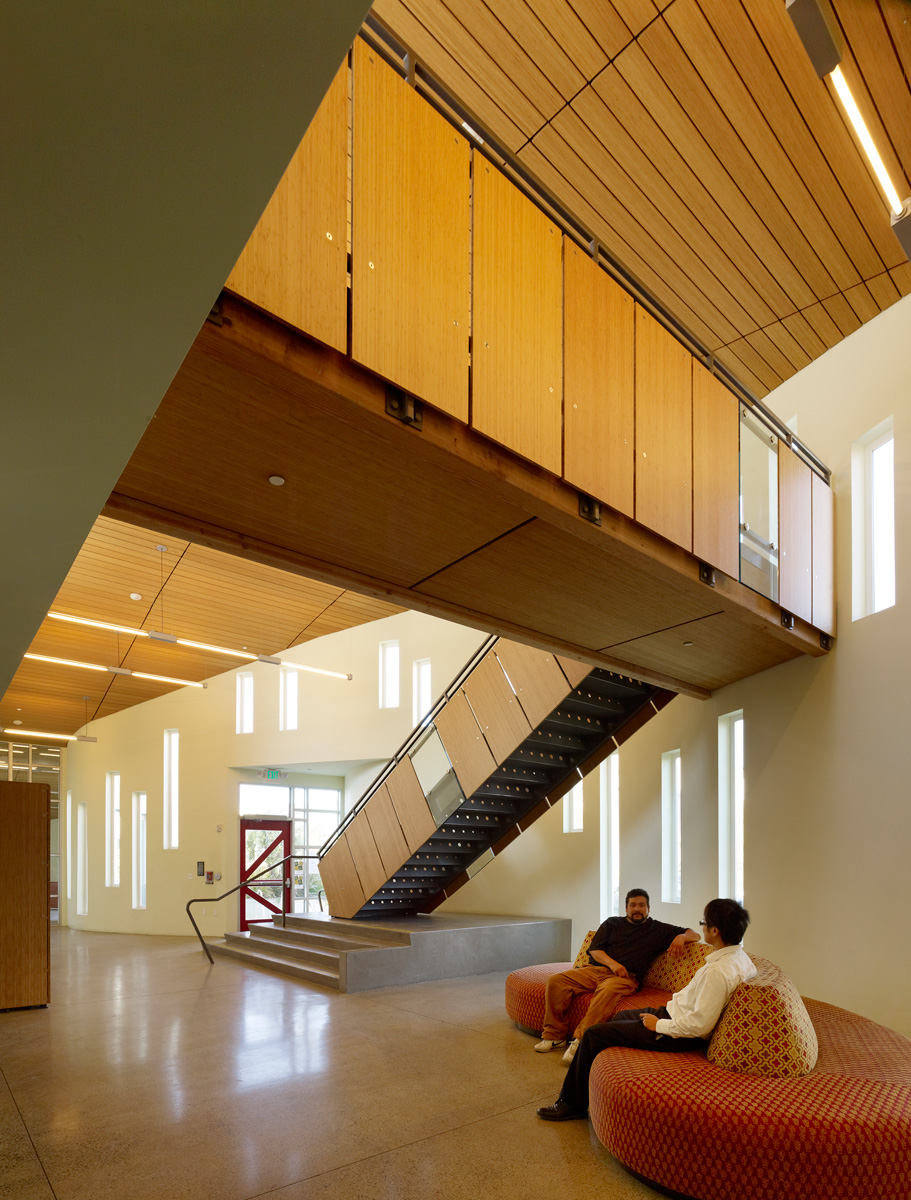 The video about your office suggests a calm environment of bicycles, tea, and group lunches. Is working at David Baker + Partners really this serene?
It’s not perfect, but it’s pretty nice. We have chair massages, free food, and only 2 out of 23 people drive to work now. There’s an important social movement going on in the office lately. We have a lot of younger people in the office and they want to be in an open studio environment where they can see everybody and have opportunities to collaborate. They don’t seem to like the notion of being isolated in separate offices. Back in the day, people would fight over which chair they got, now the younger folks don’t seem to care as much about those things.

But even in an open studio plan people can become isolated from one another–you don’t have to be a big company to fall into this trap. You can have five people over here and they won’t know anything about what the five people over there are doing. You want to encourage teams to talk to one another. I used to run around the office and say, “Hey, they’re dealing with the exact same problem on this team, you should go talk to them.” Now, more people are doing that. A few weeks ago on a Friday, we had an office happy hour and people were sitting around talking about unit buildings at six o’clock. The entire office was doing this and I didn’t even organize it. 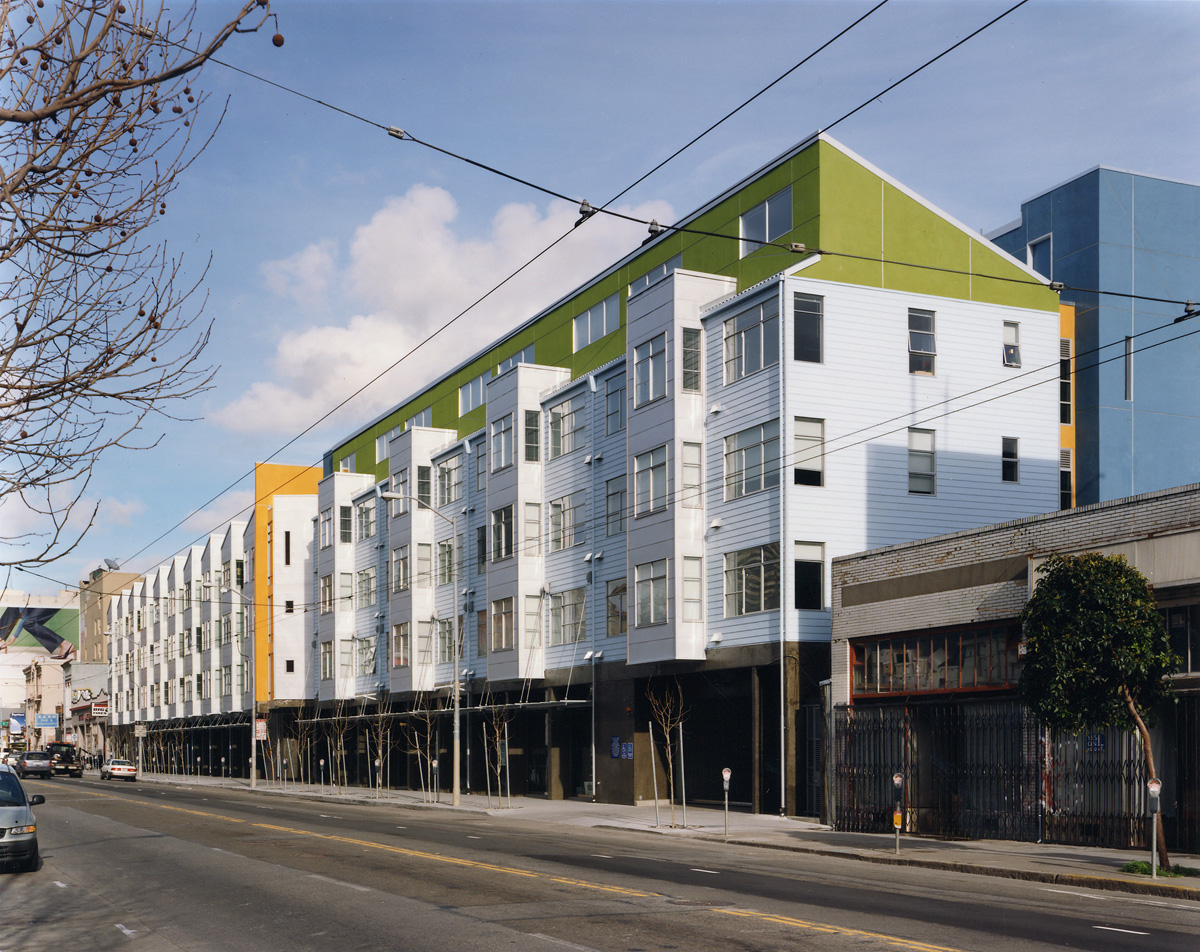 With the amount of competition to win affordable housing contracts, how much time/budget of the design is spent just securing this work with the all of the Request for Proposals, Request for Qualifications, and presentation process?
90% of what we do is repeat work with established clients. Non-profit developers typically work with stable qualified architects like ourselves. However, cities like to be fair, so they open it up to all the people in the world. The problem is there’s a lot of incompetent people out there. Inexperienced architects would win the job and then had to deal with the entire learning curve of the work and process. This is one of the main issues that HUD faced. They’d hire architects who couldn’t really deliver. But non-profits are a business and they want to work with people who they know have competence. They don’t want to constantly educate architects on the process each time.

Whenever the economy gets bad, we will go after jobs but competing for work isn’t our strong suit. We’ll sometimes get called in to submit alongside seven other architects and we usually respond, “Well, I’m sure one of those seven architects will be really happy getting that job, but we don’t have time to pursue this.” It’s actually a great marketing strategy. Other times we’ll offer some work initially, to see how we all get along.

With the amount of red tape, boxes to check and bureaucracy involved in affordable housing, how do the construction costs compare to market rate work?
It’s the same. The majority of the cost of building is the building. And they are fixed primarily by codes. If you take all the frosting off the cake, you still have the cake; it’s 98% of it. The market-rate people will spend more on finishes but the structure is primarily the same. Since the affordable housing groups rent their projects rather than sell them on the market, they probably build less robustly than they should. Making a lockset that doesn’t fall off in three years costs more than one that does – and there’s a significant cost to items like that. But the affordable housing groups deliver on time.

There was one developer who came in and he said, “You know, the first thing I learned from my former boss was: Never design anything you’d live in yourself because if you do, you’ve spent too much money.” Whoa! I told him I couldn’t see how this was going to work. We always design things we’d live in ourselves. That’s our metric. I just thought it was shocking that he’d say, “I don’t design housing this way because I’d make more money.” 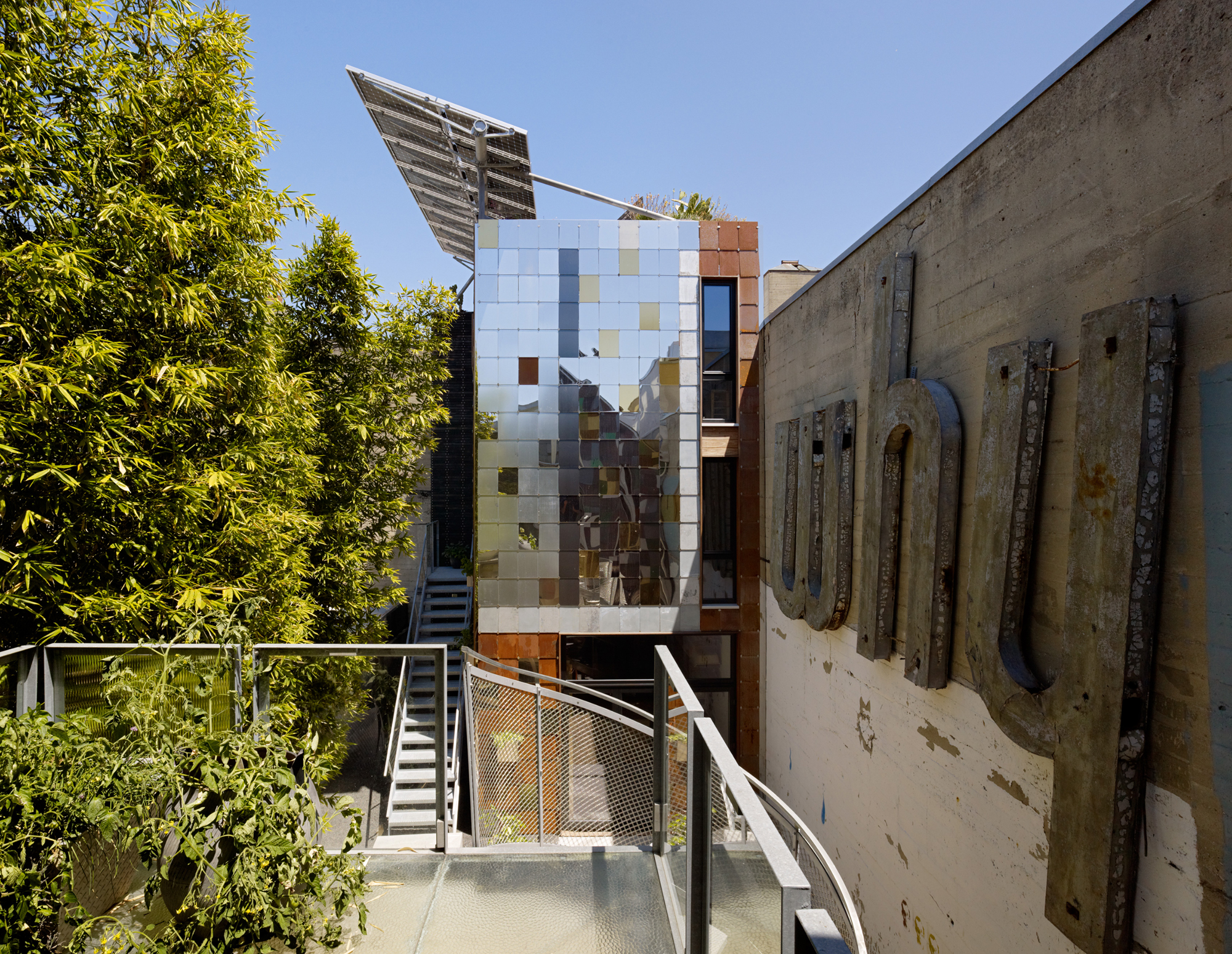 What is the permitting and approval process like in San Francisco?
It’s slow. In the Charter of San Francisco, everything is appealable. There is no right to do anything. This means the environmental review process is lengthy and expensive.

State and city agencies tend to be on the more conservative side of design. How have you achieved so many design-forward projects working with these groups?
Strangely enough, the planning department is the biggest road block to design-forward projects. You’ve got to be contextual to get approval. Somehow the ideas of “New Urbanism” have influenced the neighborhood plan and buildings are supposed to have a base, middle, and top. But the neighborhood folks who originally wrote the plan are now advocating for Stanley Saitowitz modernism. The planning department pushes back and criticizes the designs because they aren’t broken up into 25’-50’ segments, and the don’t have a base, middle, and top. The neighborhood communities and planning department are at odds with one another. 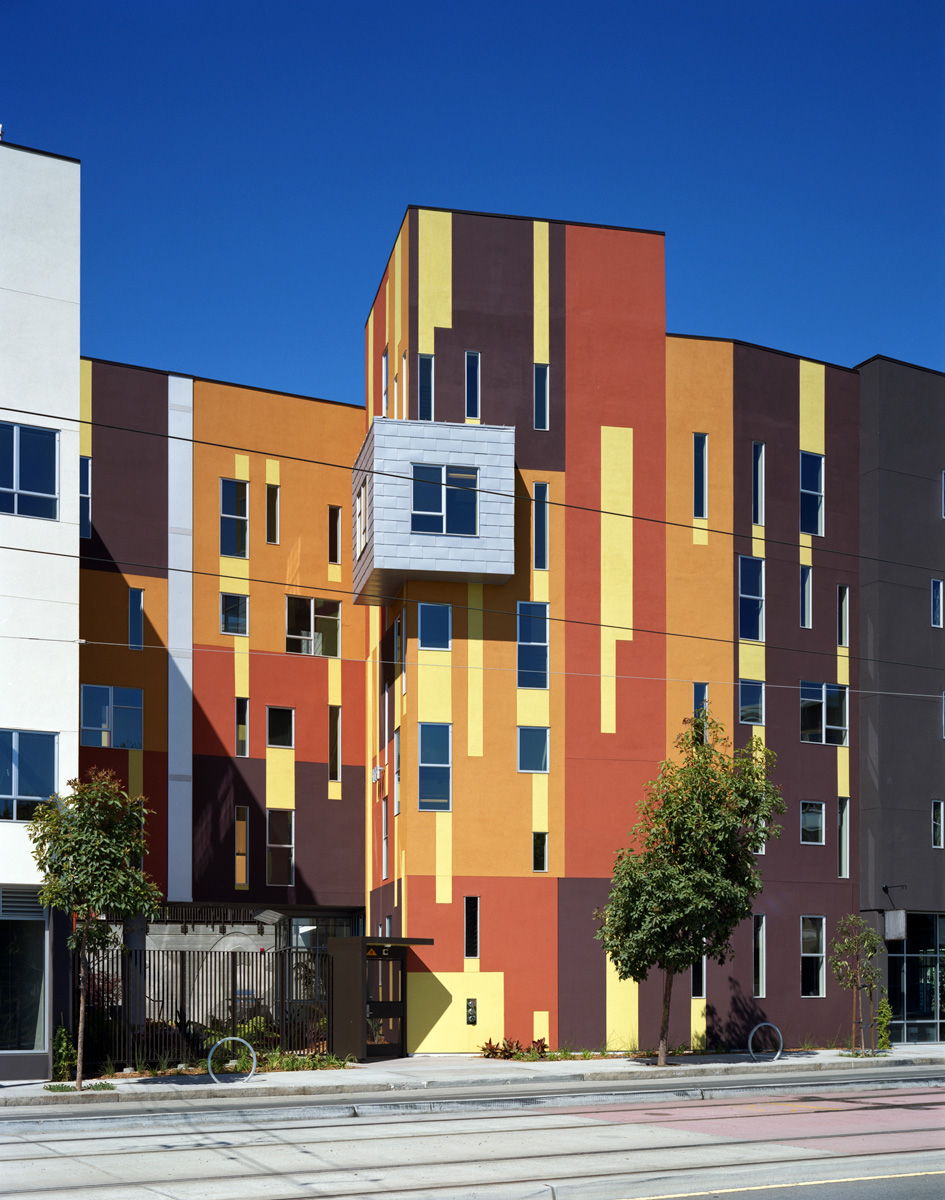 How do you deal with the nostalgia of traditional architecture in San Francisco?
At a meeting in Potrero Hill, we were proposing a fairly modern building to the neighborhood. Someone at the meeting stood up and asked why the building wasn’t designed in the Victorian style. My response was that it’s a really big building and the Victorian style depends on scale. Someone else stood up and commented that it should look like a Victorian… if it was 1890, and then proceeded to reprimand the original commenter. The attitudes about traditional versus modern architecture are changing at the community level. 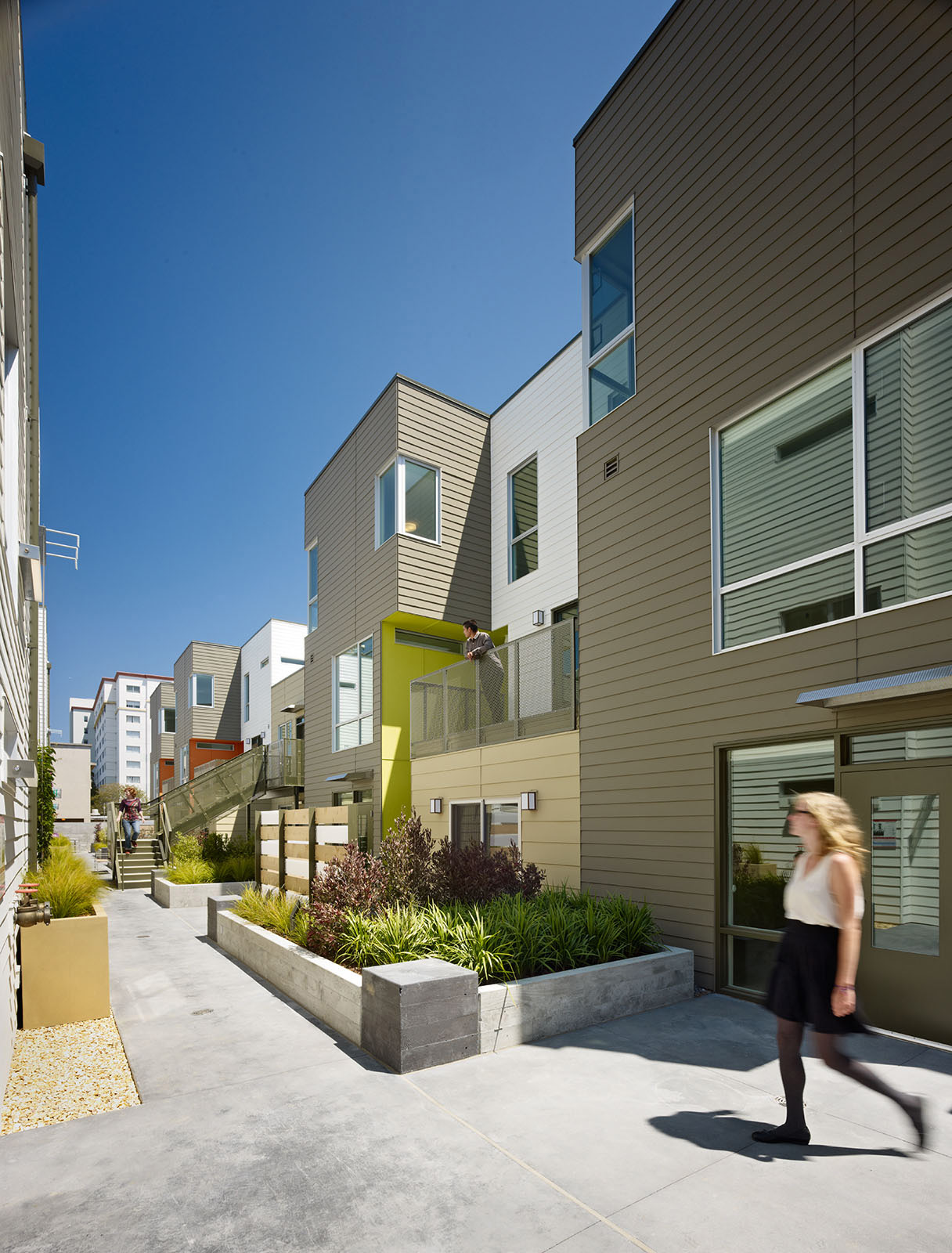 What has your experience been like with the community review boards in San Francisco, known for making decisive aesthetic judgments?
The process protects design from bad development decisions. We were working on a project in Union City and while the developer was a non-profit, they would cut out good design even if the project was under budget. They had an idea of cutting costs by making the windows smaller.  We told them it would look terrible, but they brushed our comment aside. So we rendered the two schemes up –one with the full size windows and one with the smaller windows for the design review board to compare and make a decision. When the board asked what happened to the windows the developer answered that they made them smaller to save money. The board’s response was, “No you didn’t.” And that was that. So design review boards can be a good thing. If nothing else, it instills in developers the idea that they need to hire good architects so that their projects will be approved by the boards. Building as cheap as possible isn’t going to fly. 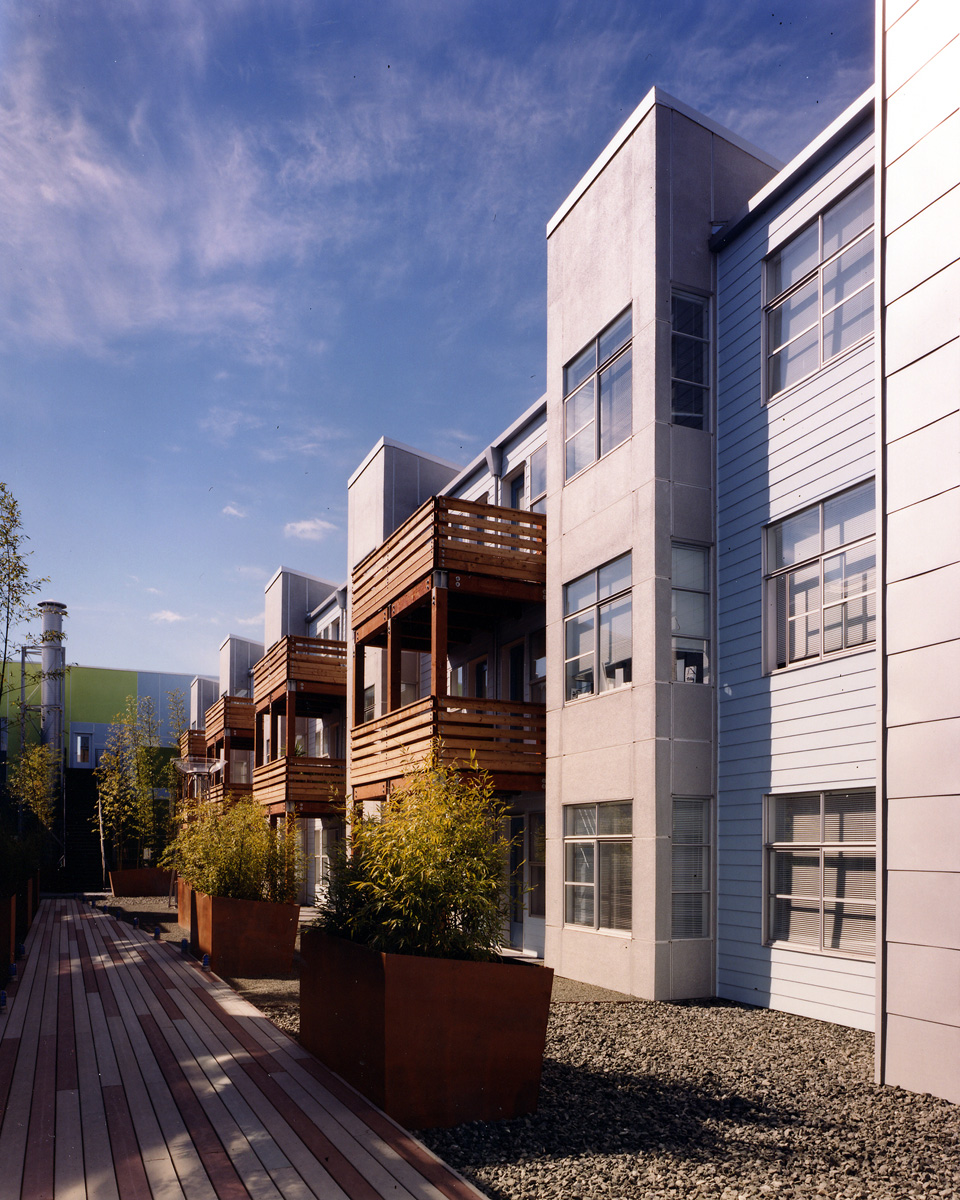 Back in 1992, you contributed your forecasts for 2020 Visions. As 2020 is now only a handful of years away, what do you make of your predictions today?
We came up with some ideas that were totally crazy, like housing in the freeway. I’ve been in this game so long that some of those ideas, once considered crazy, have become standard practice, like micro-housing and hybrid vehicles.

Five years ago I talked about parking garages becoming obsolete and cars that drive themselves. The first few times I said it, people were like, “Sure…Ok…” and would back away. Now, you can’t pick up a magazine without hearing about it. Especially with Google’s technology, people accept the automated car.

How does social media play into your firm?
We’re active on social media and it’s really important now. I like new things, so we do all that stuff like Twitter. I’ve always been attracted to learning new things, and even early on  in the firm we set up a website. 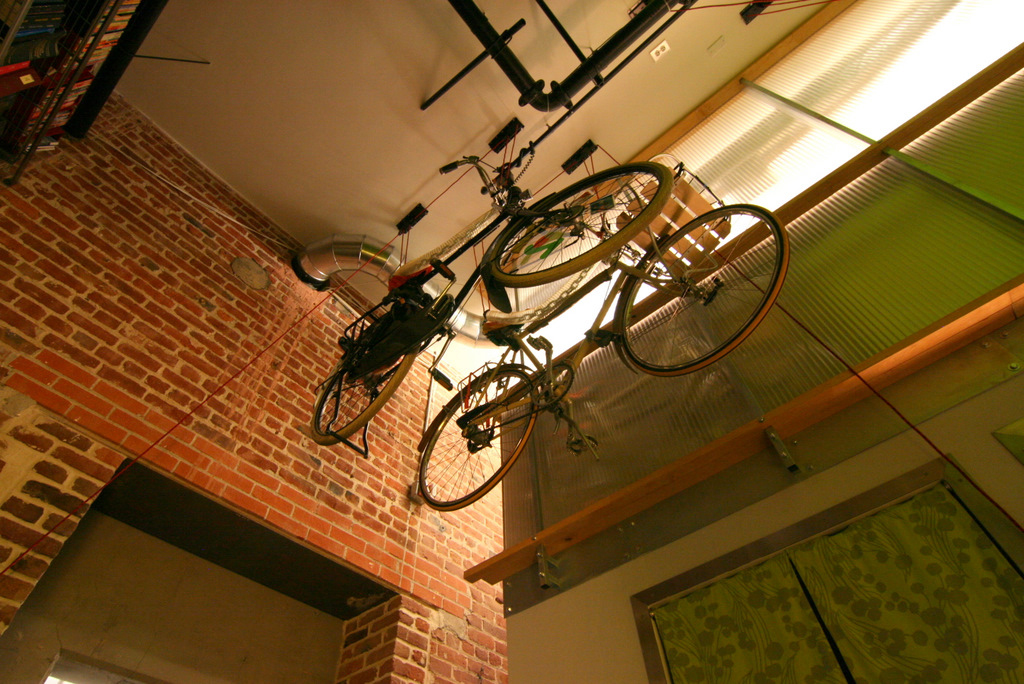 What can architecture students do to become more valuable to the industry?
They can learn how to draw. Also, students should learn that architecture is a great profession. It pays reasonably well, and you have the advantage of creating something. No matter what you do in architecture, don’t pity yourself.

David Baker founded San Francisco-based David Baker + Partners in 1982, and in 1996 was selected as Fellow of the American Institute of Architects. Honored as one of the 30 most influential people in the affordable housing industry, David’s work has received more than 160 architectural design awards and honors, including six national AIA awards. His firm has gained a reputation as an award-winning, sustainability-minded office where drivers are outnumbered by cyclists.