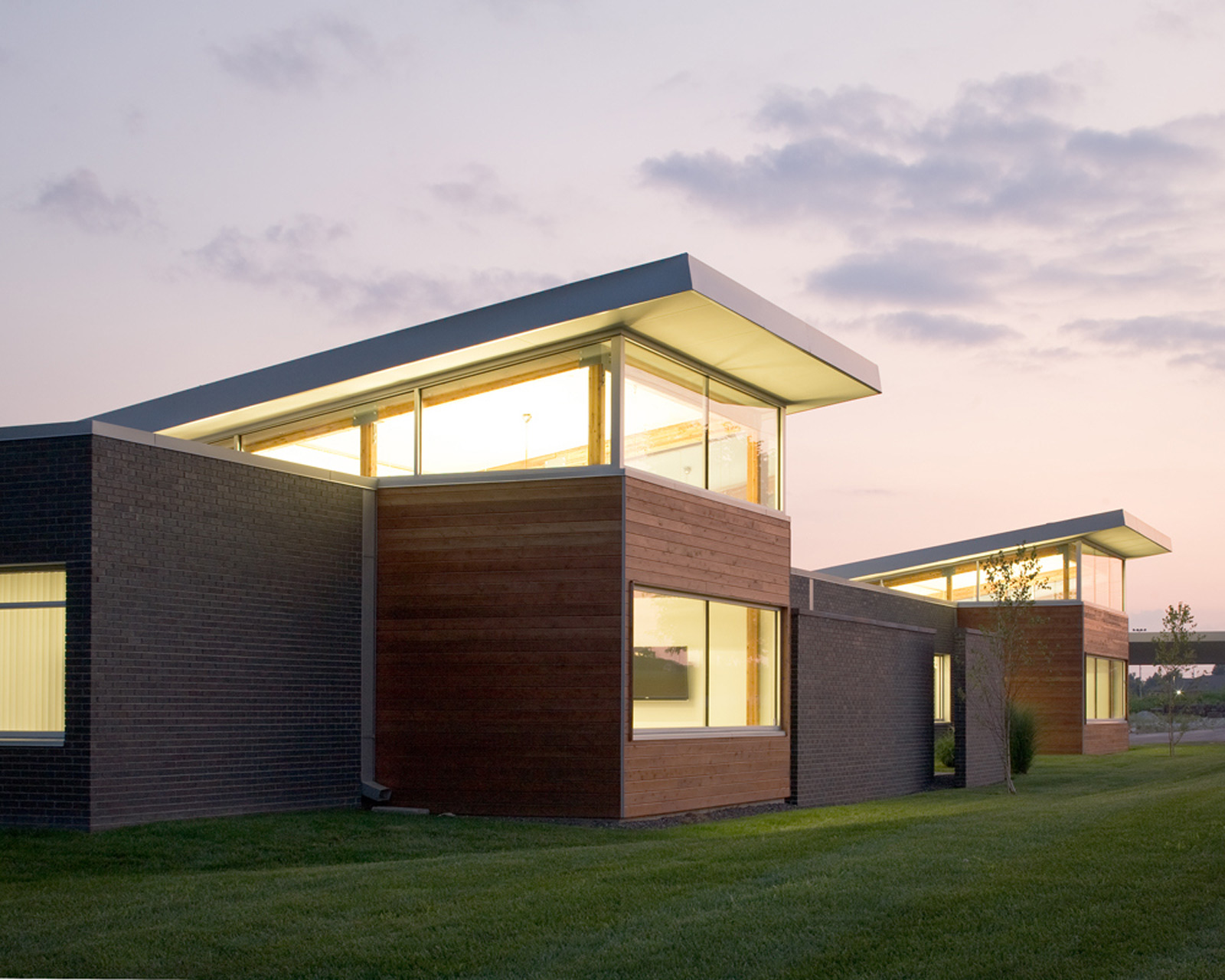 How the windows of a structure meet the roof overhangs is one of the most important details on a project. It’s a detail heavily dependent on one major factor: the window header. The assembly of these three components is an excellent indication of expertise, skill and budget. The relationship between these components can demonstrate an architect’s mastery of design or, conversely, it can expose their carelessness.  This simple detail can attest to the resourcefulness of a design team or it can reveal that the cash cannon was pointed at a project.

Lack of development within this detail can easily lump a project in with the cookie cutter spec home masses, where the header is usually buried to the point of obscurity and the windows have little or no relationship to the roof overhangs above. When carefully considered, however, a thoughtful relationship between these three components can demonstrate the structural engineering at work, feature the materials being used, and articulate the relationships.

We’ve been doing a great deal of thinking, sketching, drawing, modeling and a talking about this detail here at the BUILD world headquarters. Today’s post covers five important case studies of window, roof overhang, and header assemblies. Along with photos and a brief explanation, we’ve also taken a stab at a quick diagram of the structural system on each case study. Hit that comments button if we missed any important examples out there.

A simple drop beam header sets the distance between the window and roof overhang, while outriggers in the roof framing system allow for a minimal roof profile at the sides. Alignment between windows is sacrificed to express the structural system, as the windows on each side extend all the way to the roof overhang to gain extra light. 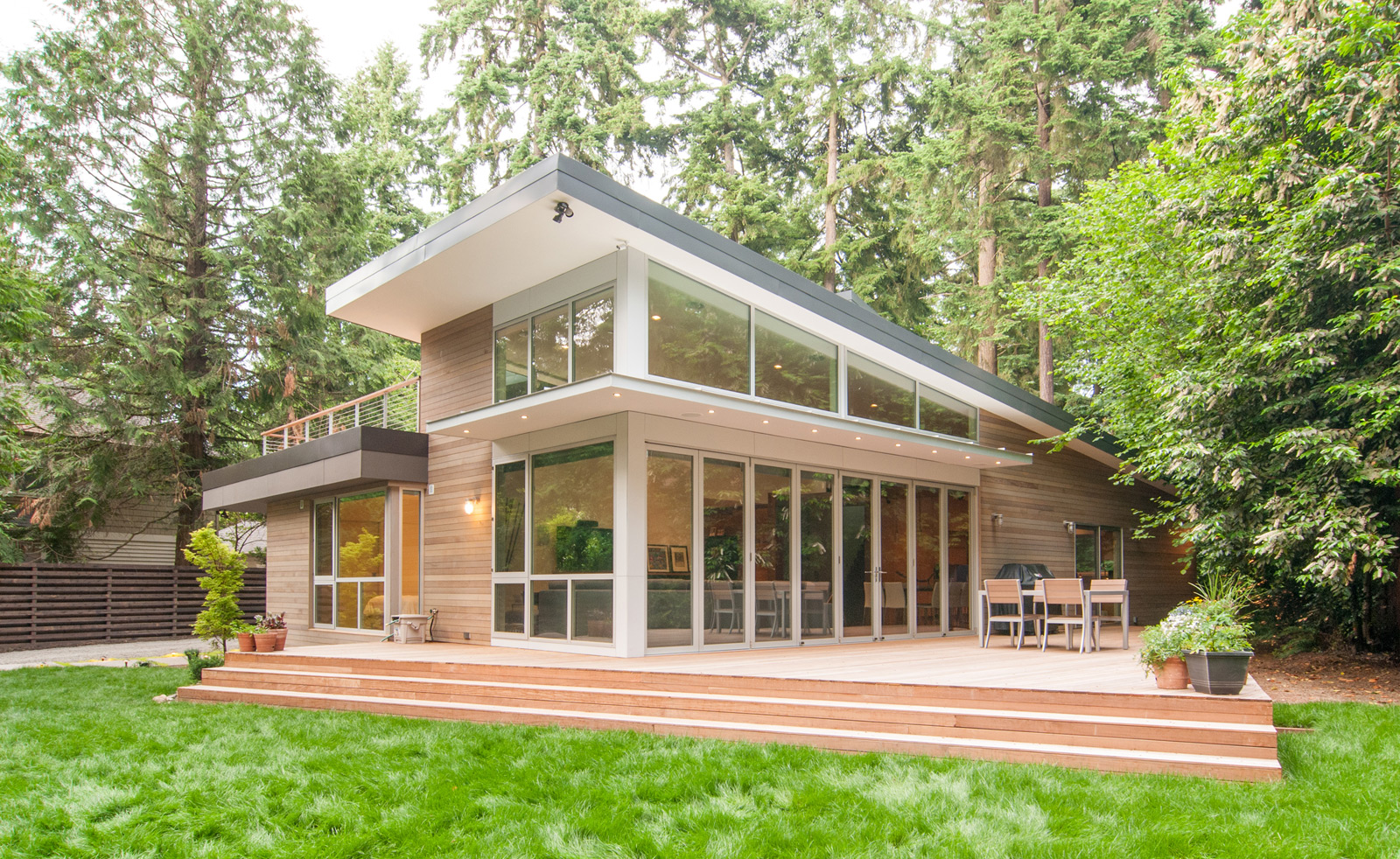 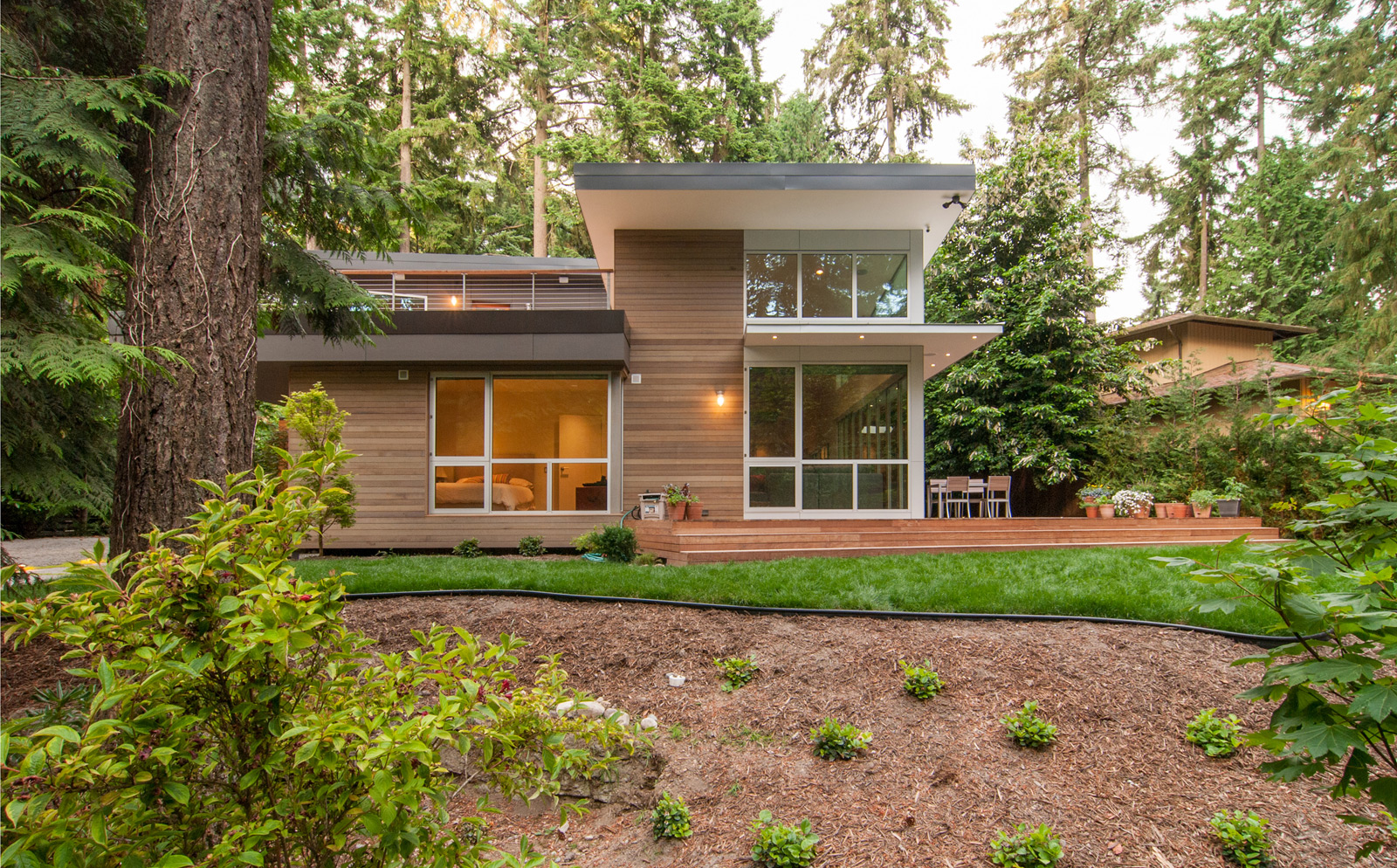 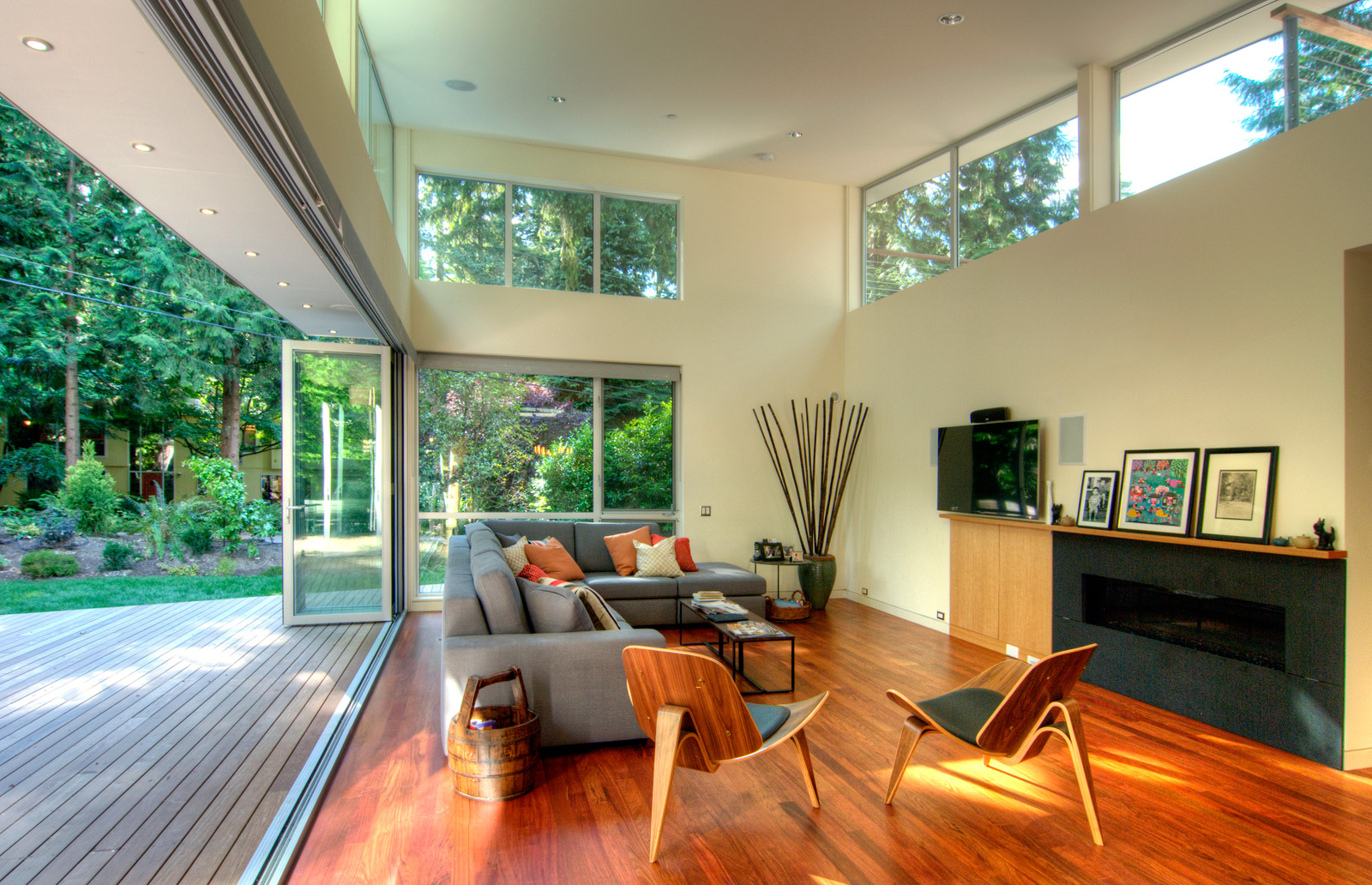 EXTERIOR DROP BEAMS
Dry Creek Outbuildings in California by Bohlin Cywinski Jackson
This elegant and clean structural system positions a double steel channel header outside of the window wall to pick up a repetition of exposed wood joists. Note that the exterior steel frames incorporate diagonal bracing which, presumably, resolve the lateral forces of the structure and eliminate the need for any shear panels at the window wall. 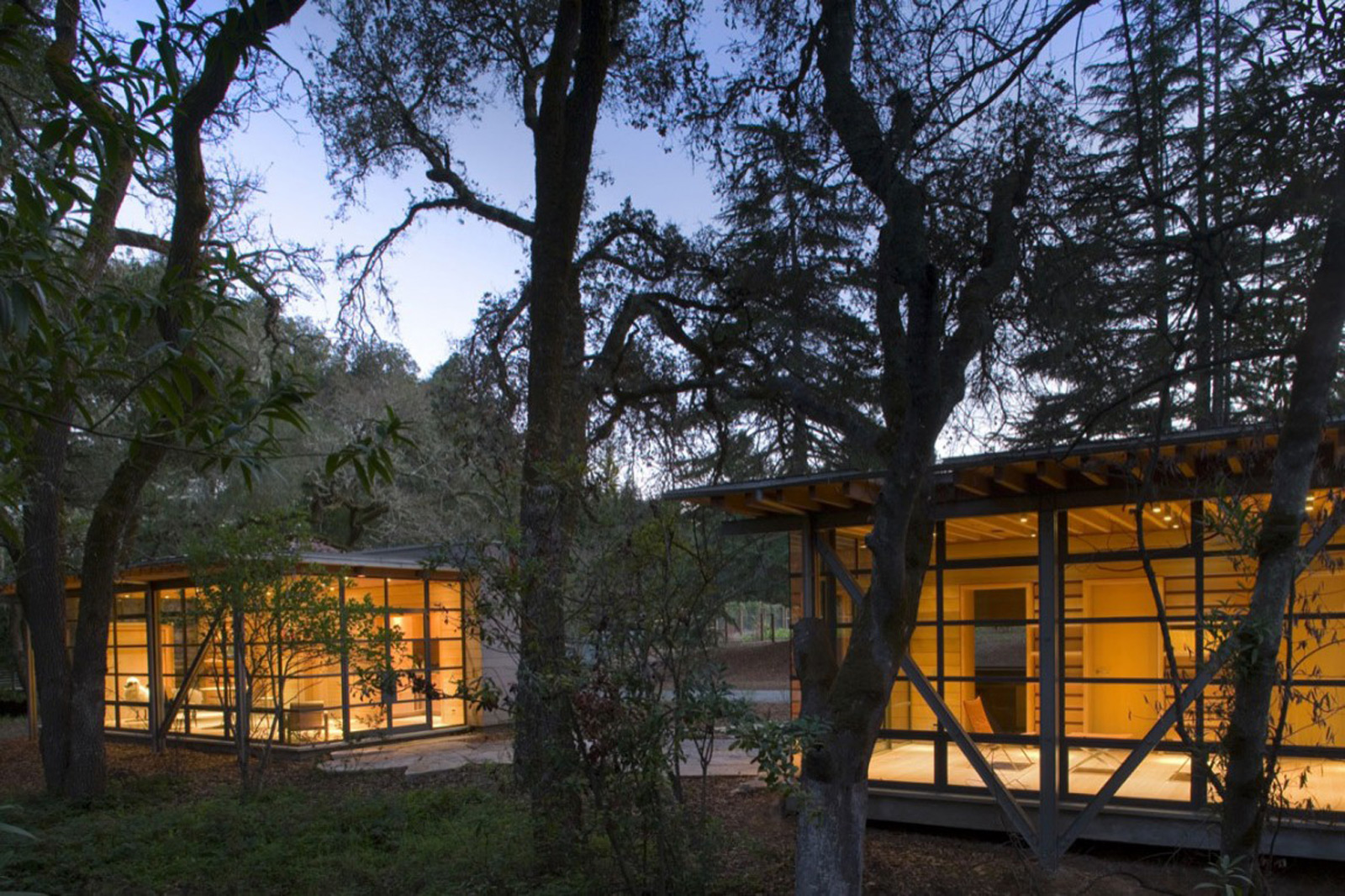 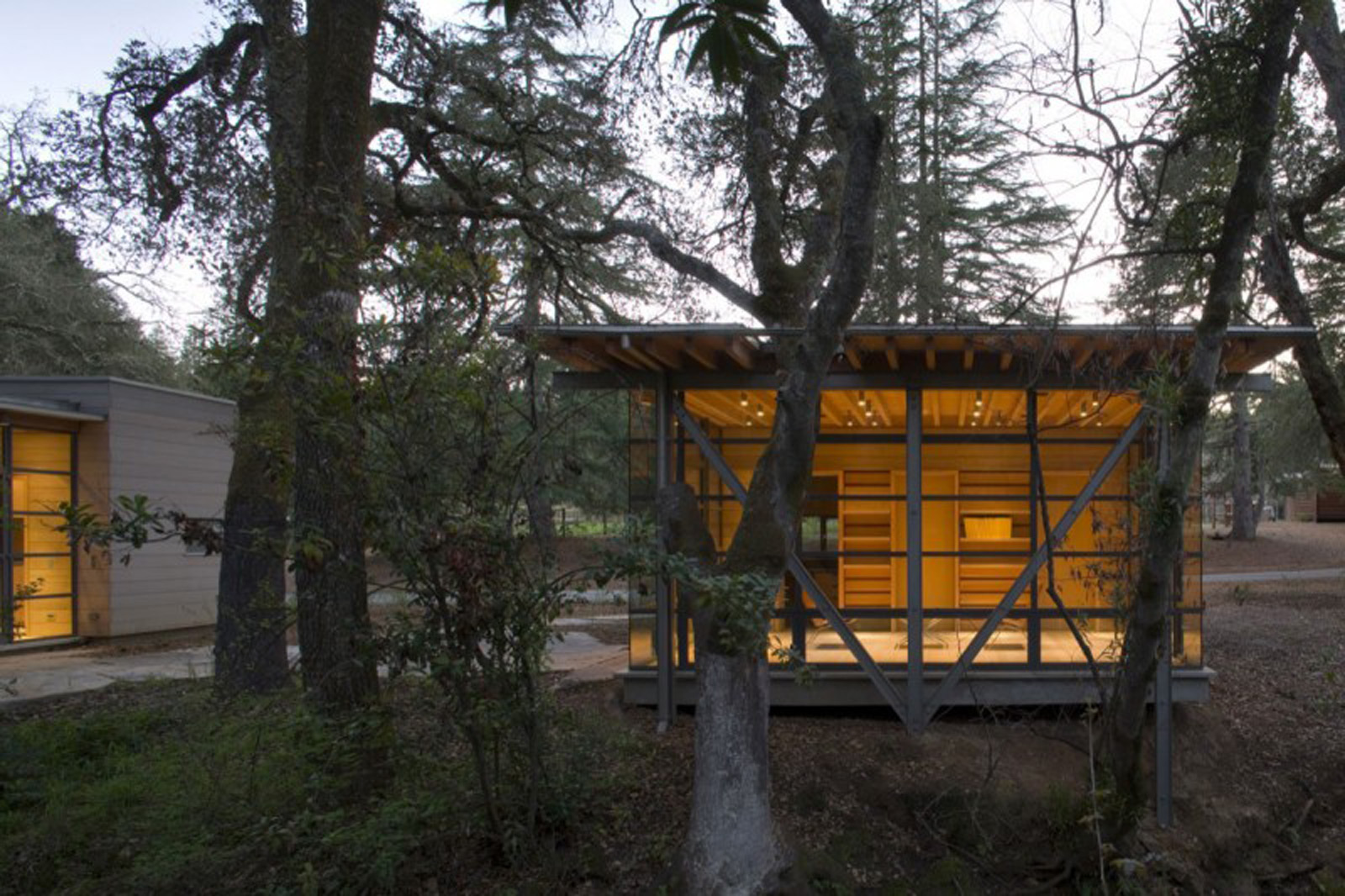 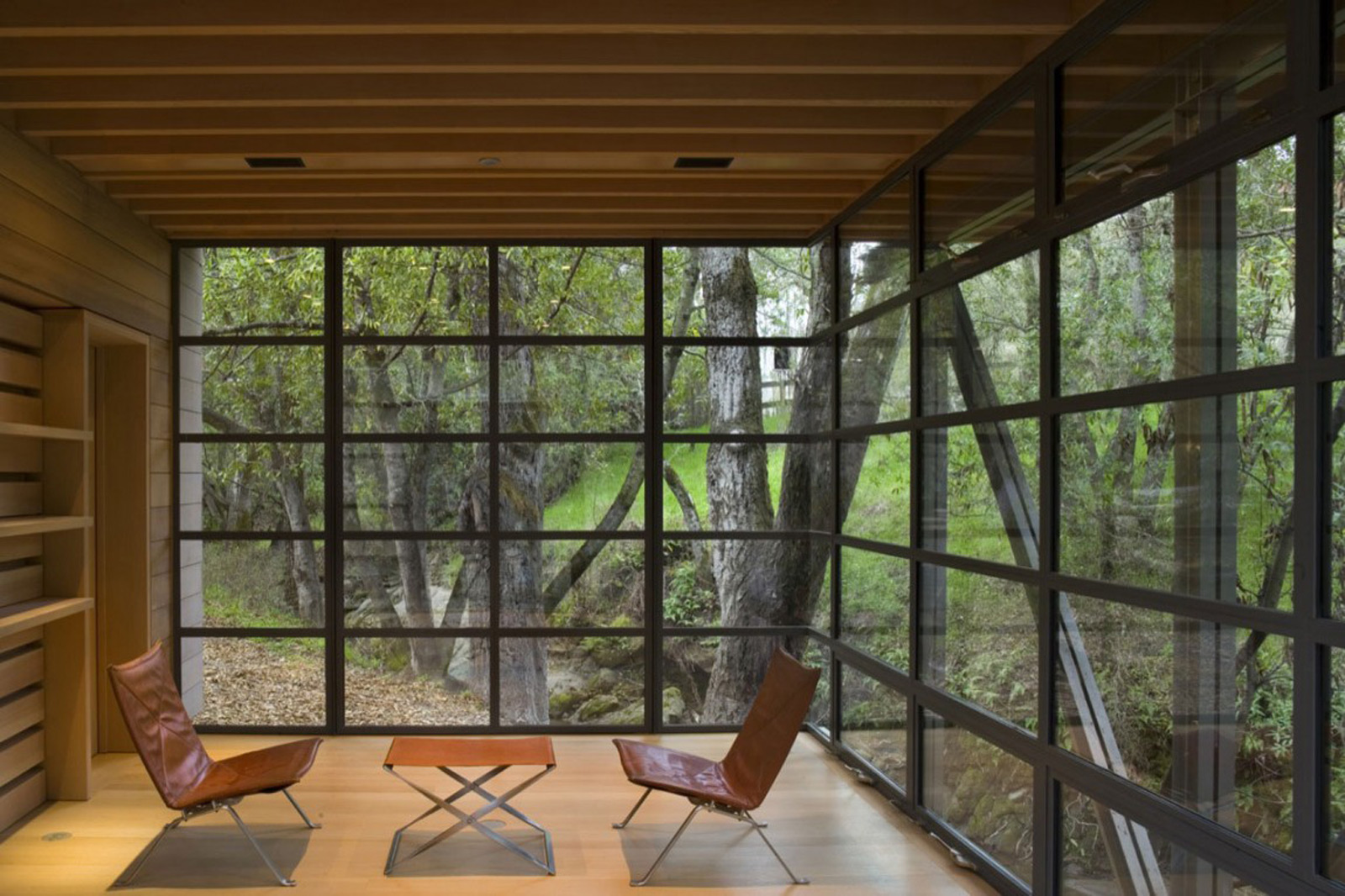 INTERIOR DROP BEAMS
RB Murray Co. in Springfield, Missouri by Hufft Projects
Locating the header inside the envelope allows the window in this example to gracefully extend up to the roof overhang. Keeping the glulam beam exposed provides a handsome contrast to the ceiling and a warm glow to the windows from the exterior. 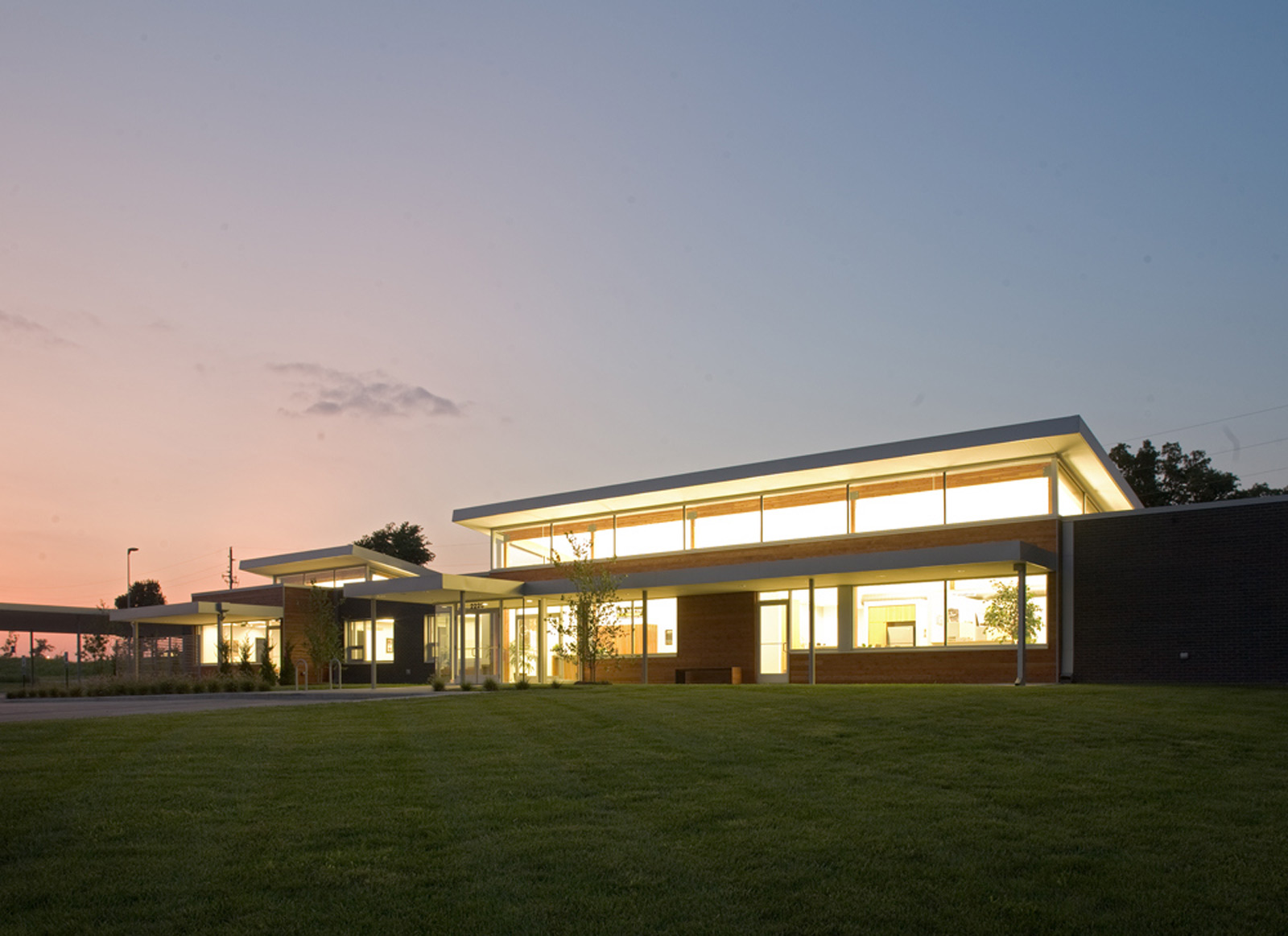 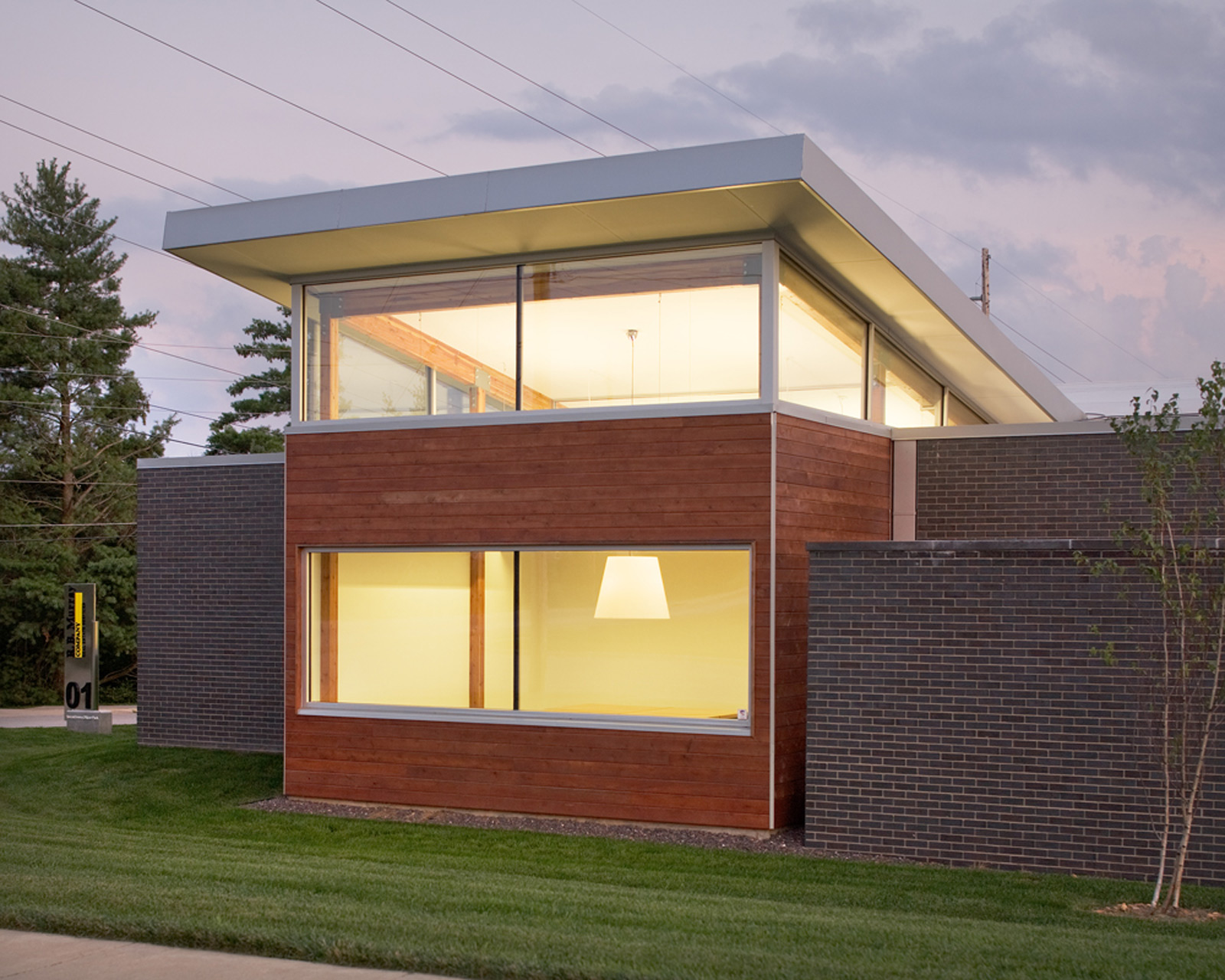 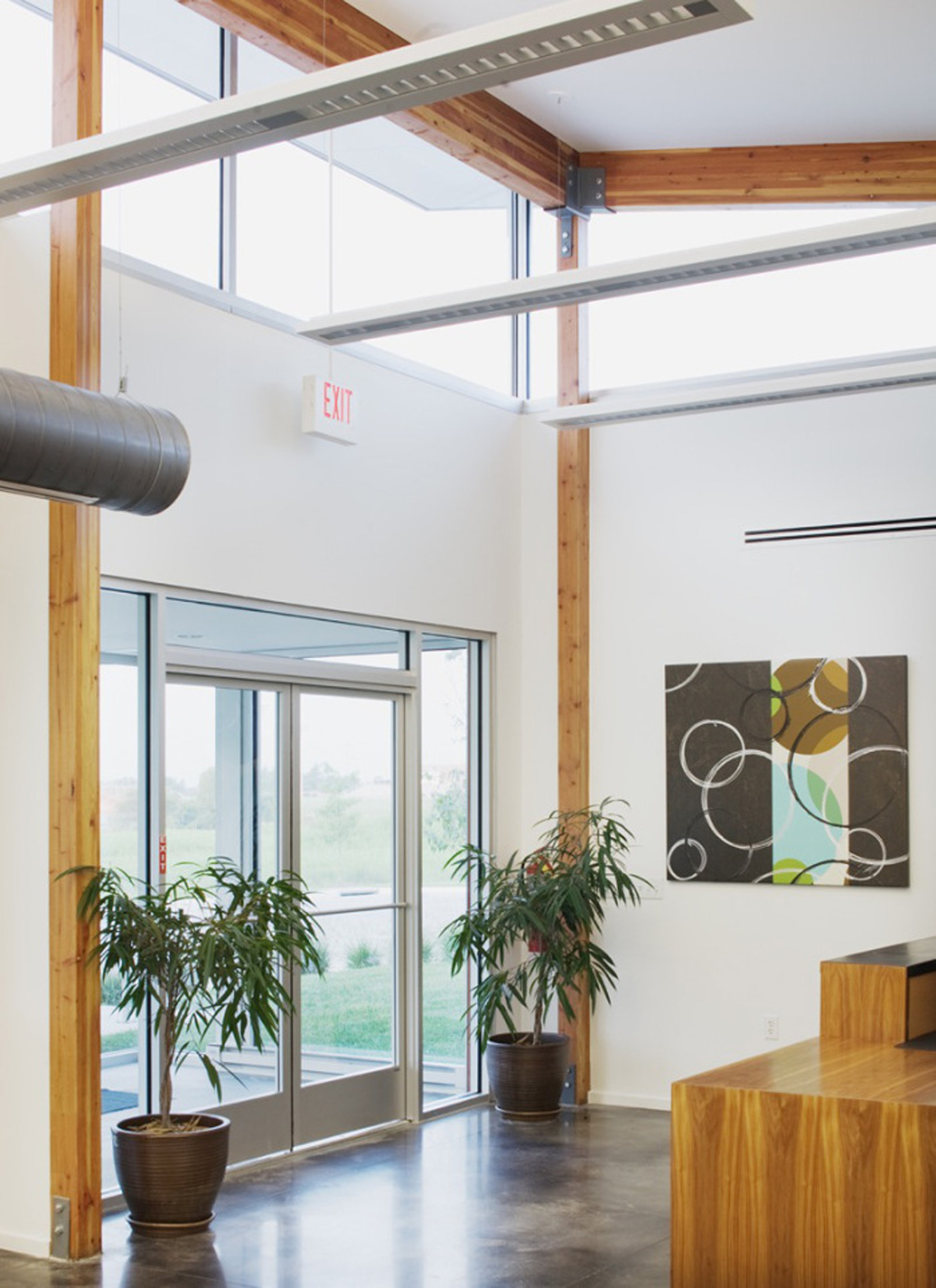 FLUSH BEAMS
Menlo Oaks 2 house, an Eichler home remodeled by Ana Williamson.
Minimal and sophisticated, this structure most likely uses flush headers above the window wall and spans between cantilevered beams above each of the four discrete columns. Roof joists from the header to the roof eave would then be supported at the roof edge with a structural rim joist. The assembly allows a sleek aesthetic between window and roof overhang. Integrating the columns with the window system nicely enhances the effect of the cantilever. 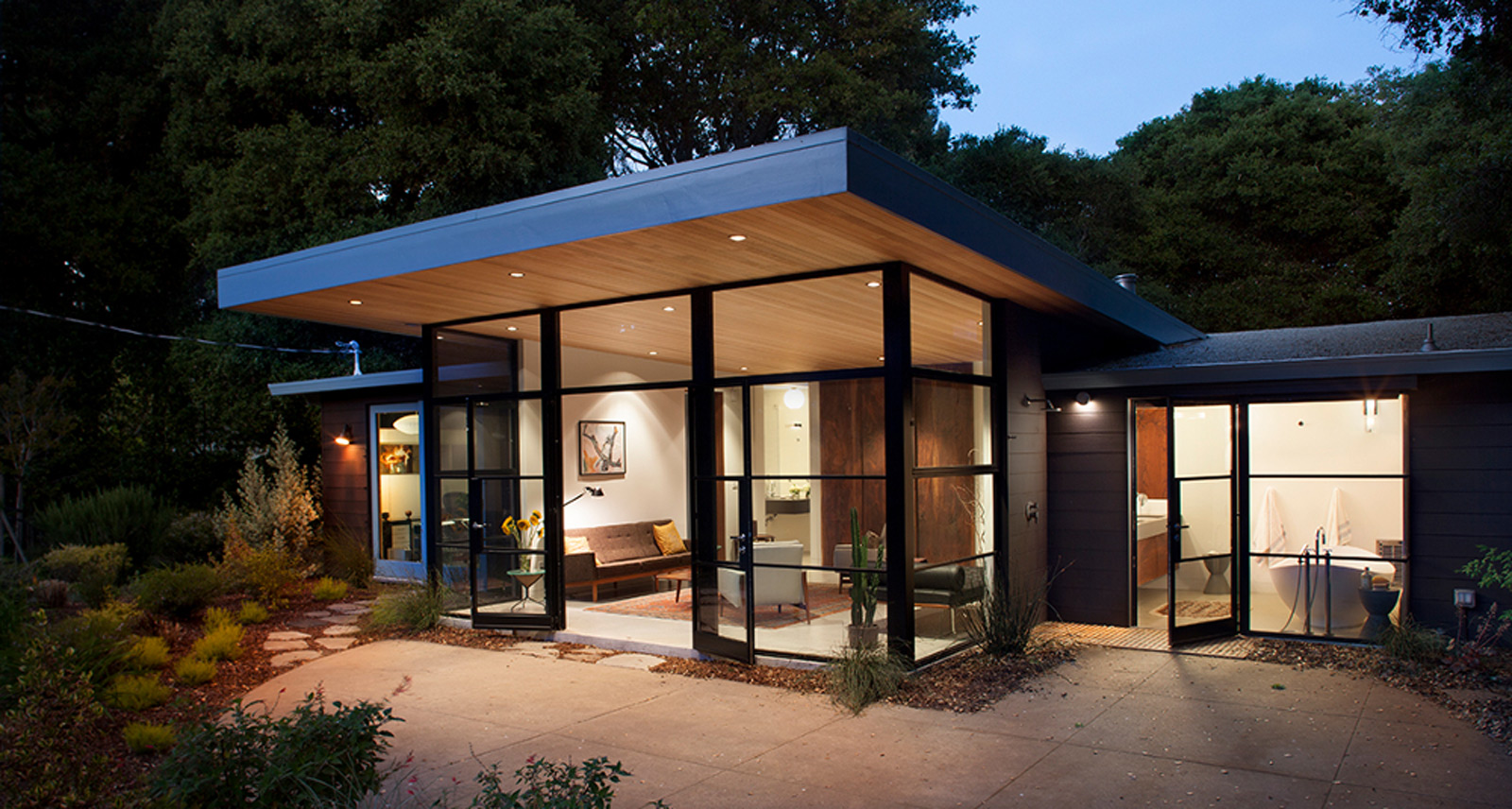 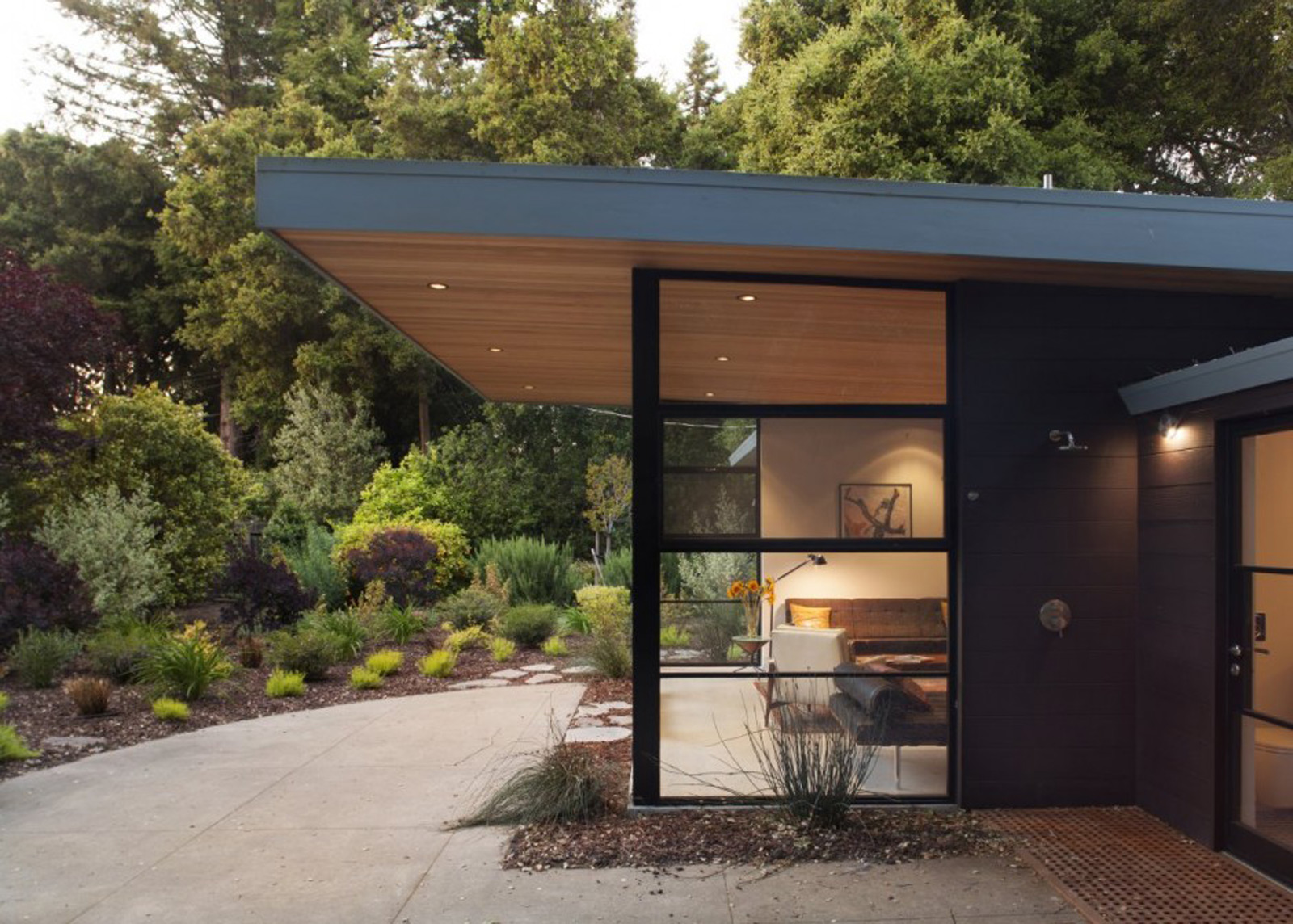 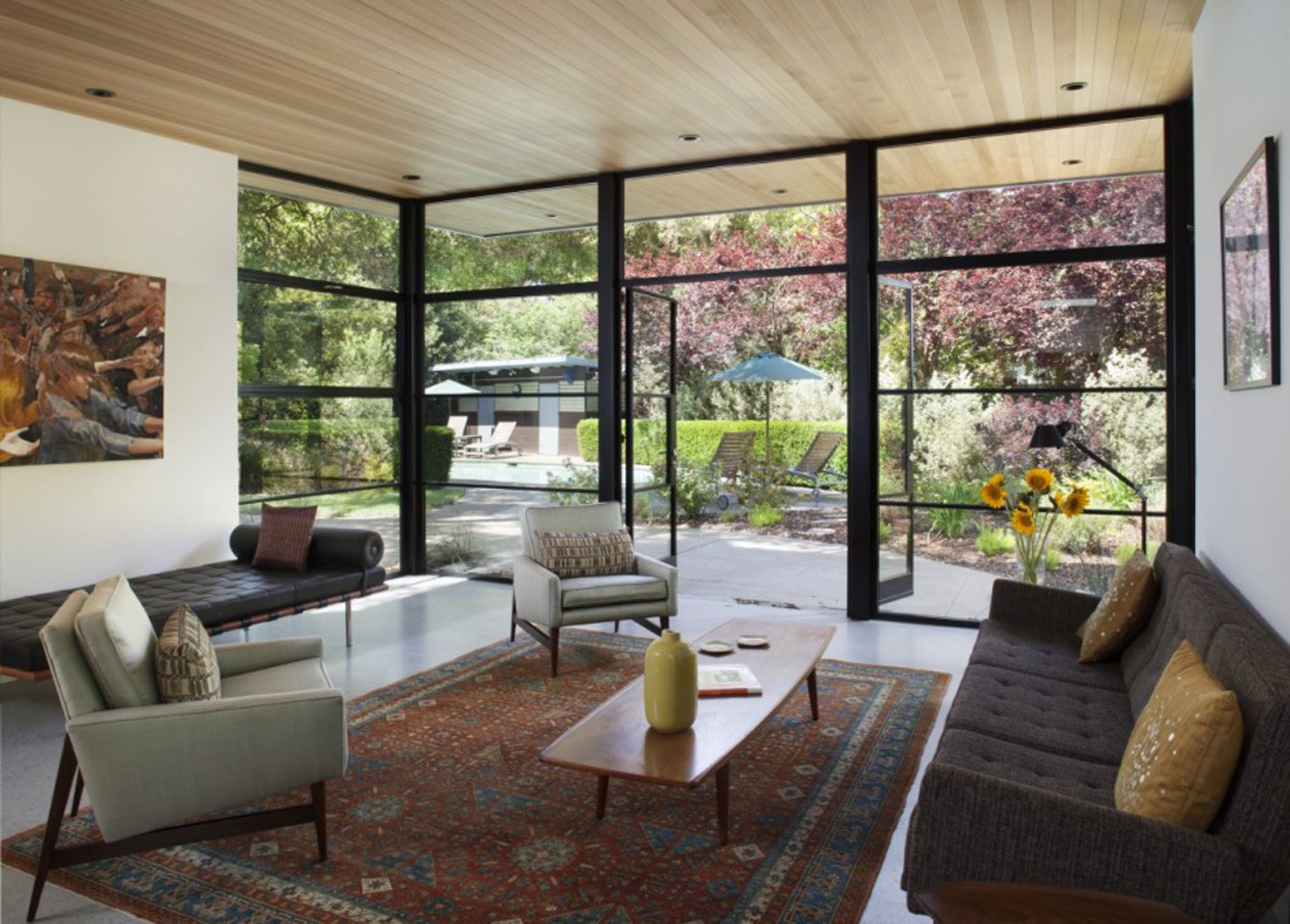 HYBRID
Combs Point Residence in Finger Lakes, New York by Bohlin Cywinski Jackson
While complicated, this example does a nice job of illustrating a system in which the double steel channel works as an interior and exterior header. It’s unclear how the massive thermal bridge is resolved but the assembly makes for an inspiring structural study. 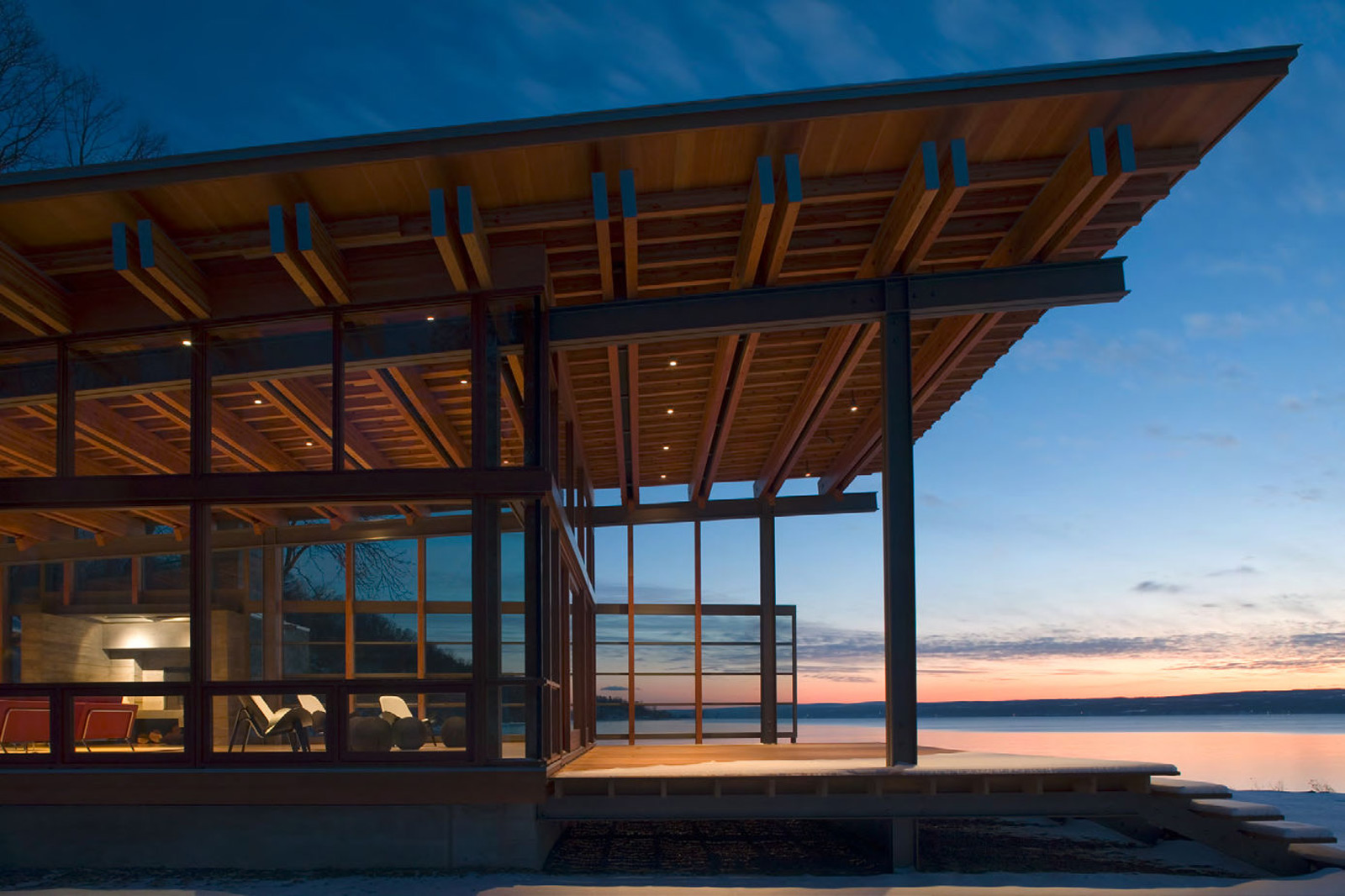 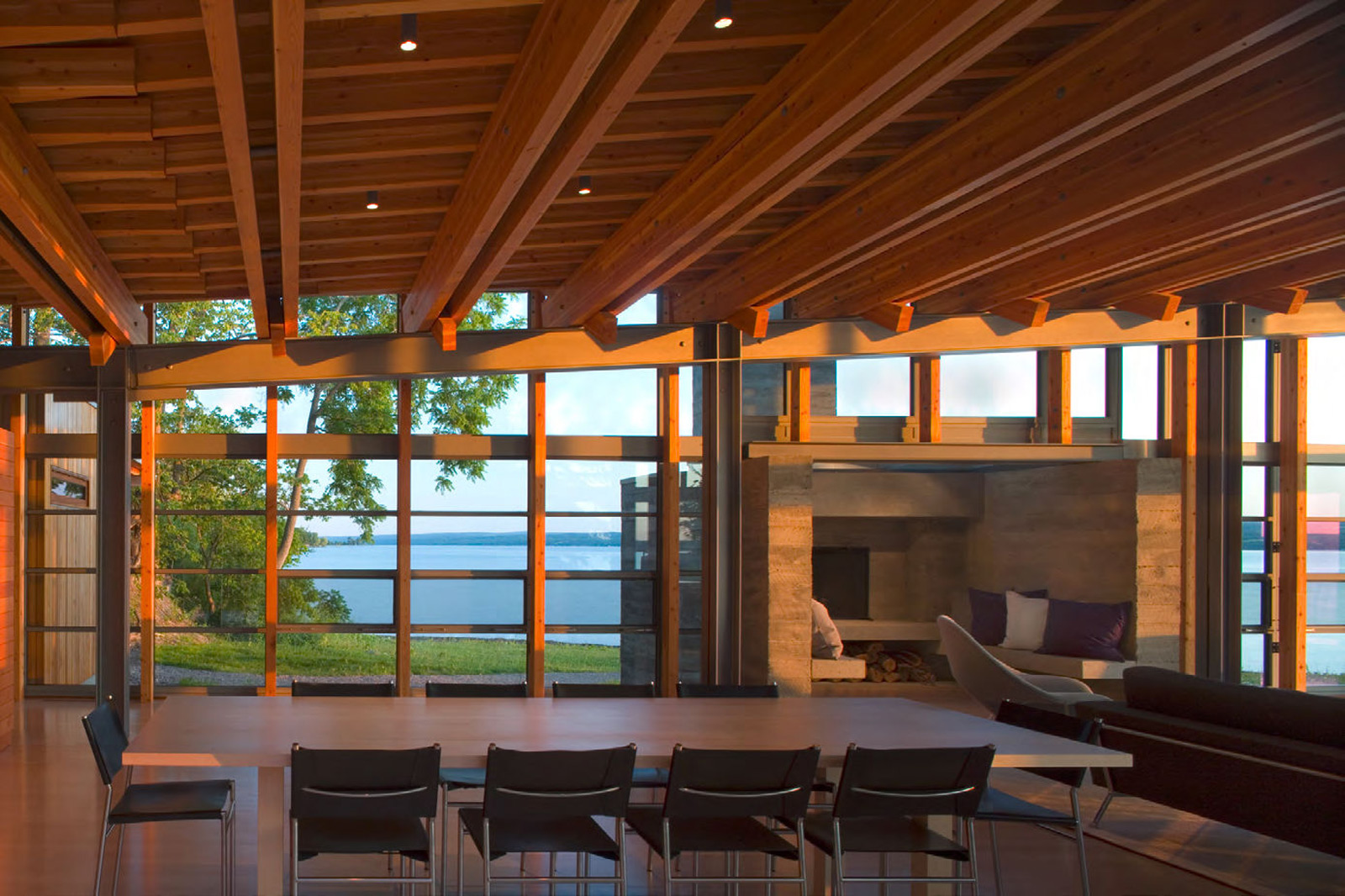