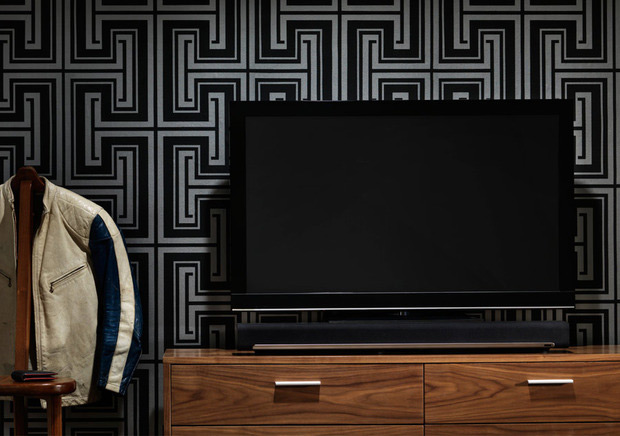 We’ve been struggling for years to properly outfit living rooms, rec-rooms, and movie rooms with an appropriate level of surround-sound audio. Doing so typically involves numerous flush mounted speakers around the walls of the room and in the ceiling. The speakers are all hard-wired and relatively permanent within the room — requiring considerable coordination between the electrical plans, cabinetry, furnishings, etc. Visually, the speakers are also on the larger side for audio-visual systems: they can be difficult to line up with other wall and ceiling features and they compromise the uncluttered modernism we work so hard to achieve. Until recently, this approach was thought to be an intelligent solution for technology within the home. But we’re learning that the more hard-wired and integral technology is within the home, the less flexibility homeowners have to modify it, adjust it or update it in the future. In this case, smarter isn’t necessarily smarter.

Not long ago we came across a product that we absolutely fell in love with. It takes the complication of the systems described above and makes a tidy box out of it. The Sonos Playbar is a slender one-piece design (35.5 x 5.5 x 3.5) that integrates nine speakers into a compactly engineered box that can sit in front of a flat screen or wall-mount. If you want to get all audio-geek you can add the wireless sub-woofer or a variety of wireless speakers around the room, but they’re really not necessary. The full specs can be found here. 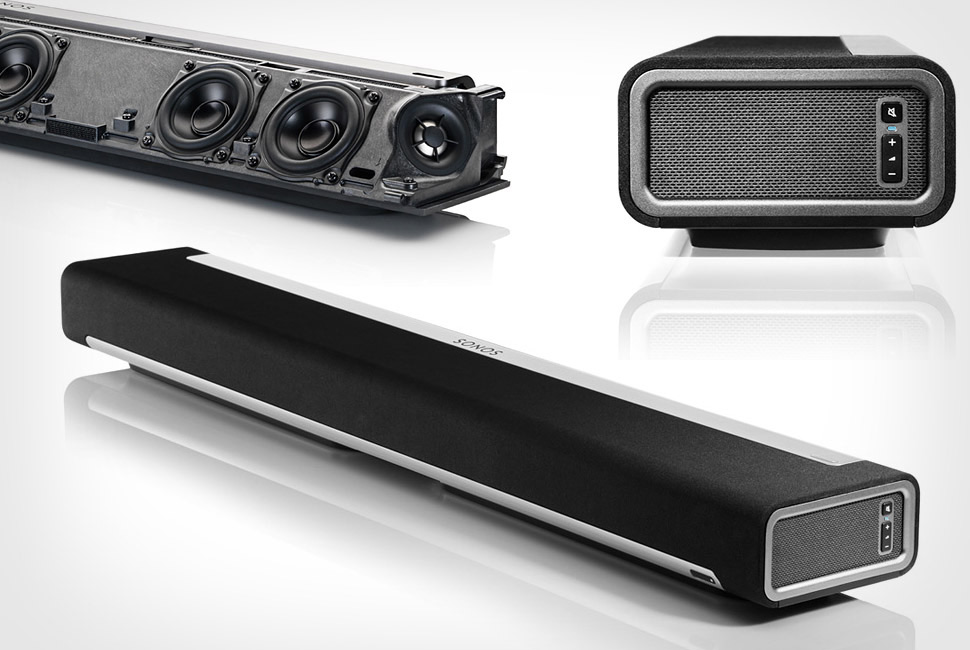 Best of all, it’s not over-designed and fits in with the modern aesthetic. The un-integrated technology reduces the amount of in-wall/ceiling speaker applications to allow greater flexibility with changing technology and lifestyles. Instead of moving in the direction of engineering a solution to integrate or conceal the audio system for ultimate sleekness and minimalism, this speaker bar moves in the opposite direction. It focuses on making the object beautiful in its plainness, and this simple component achieves sexy black box status. 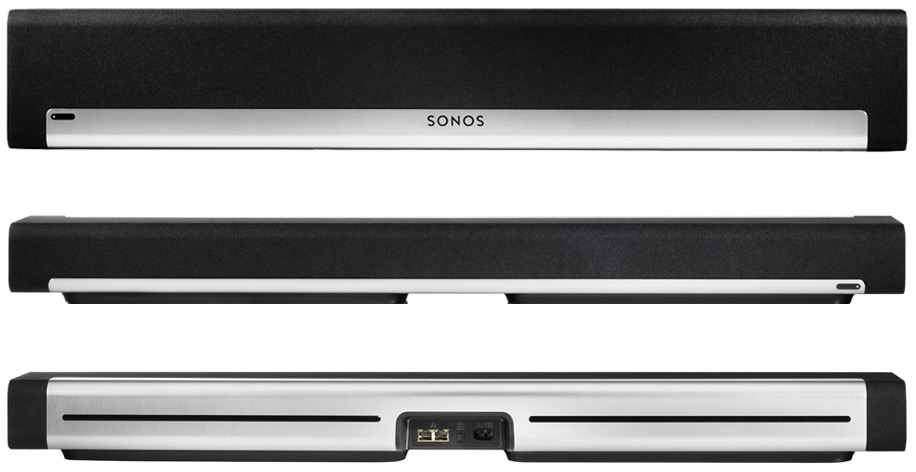 True to the modern ethos, it is exactly what it needs to be and nothing more. Neither fussy nor mind-boggling, the speaker does its work beautifully, both in function and form. Though the goal of modernism may seem to be sophistication at all costs, the real modernist’s win, in the short and long-term, is a straightforward design which opens up the life of the home to continually evolve. 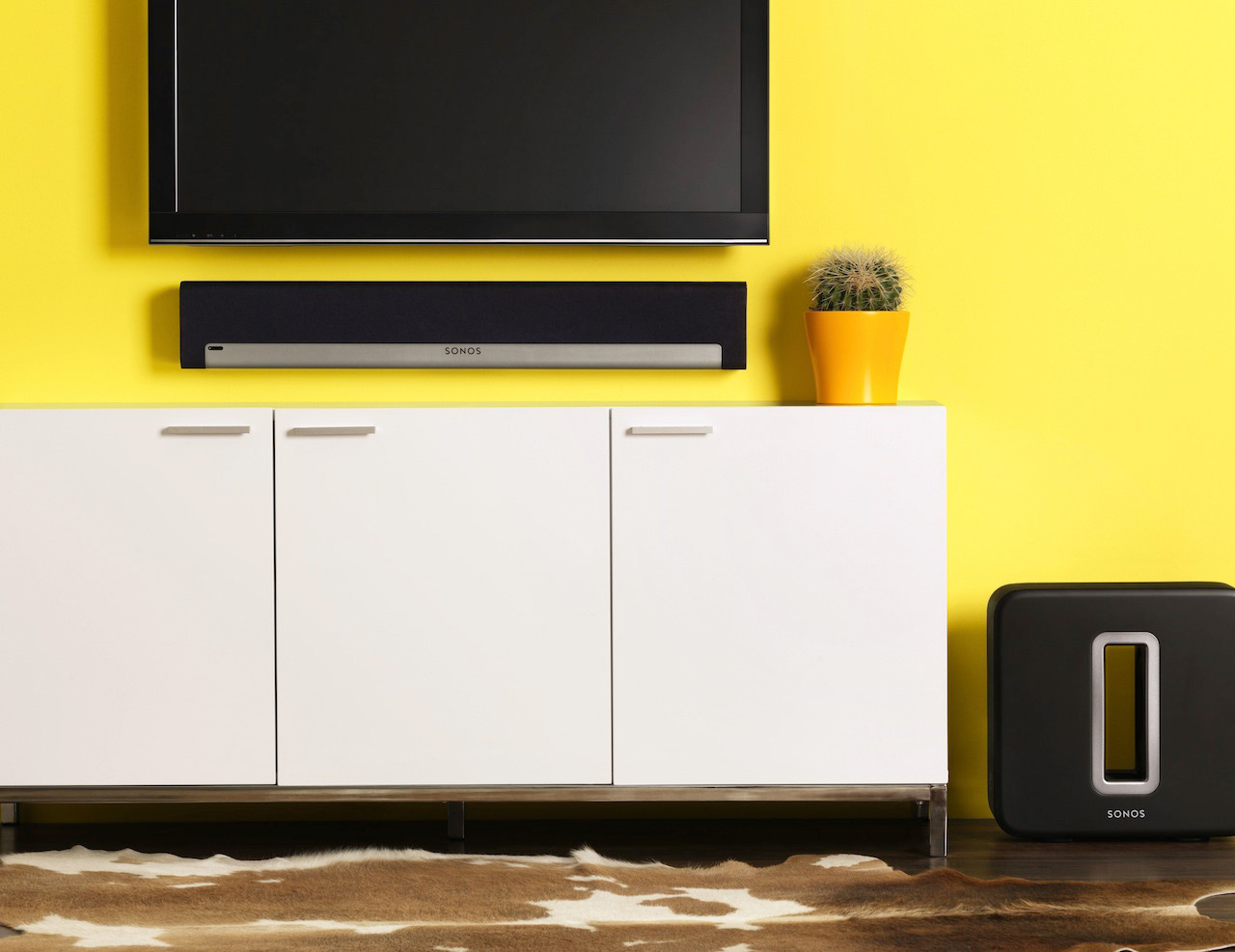 This is just one example of dumber sometimes being smarter. There are many such examples and we’re always on the lookout for opportunities to employ simple ideas to solve problems and create timeless intelligence within the home and work space. Let us know of any dumber = smarter opportunities you’ve found out there.