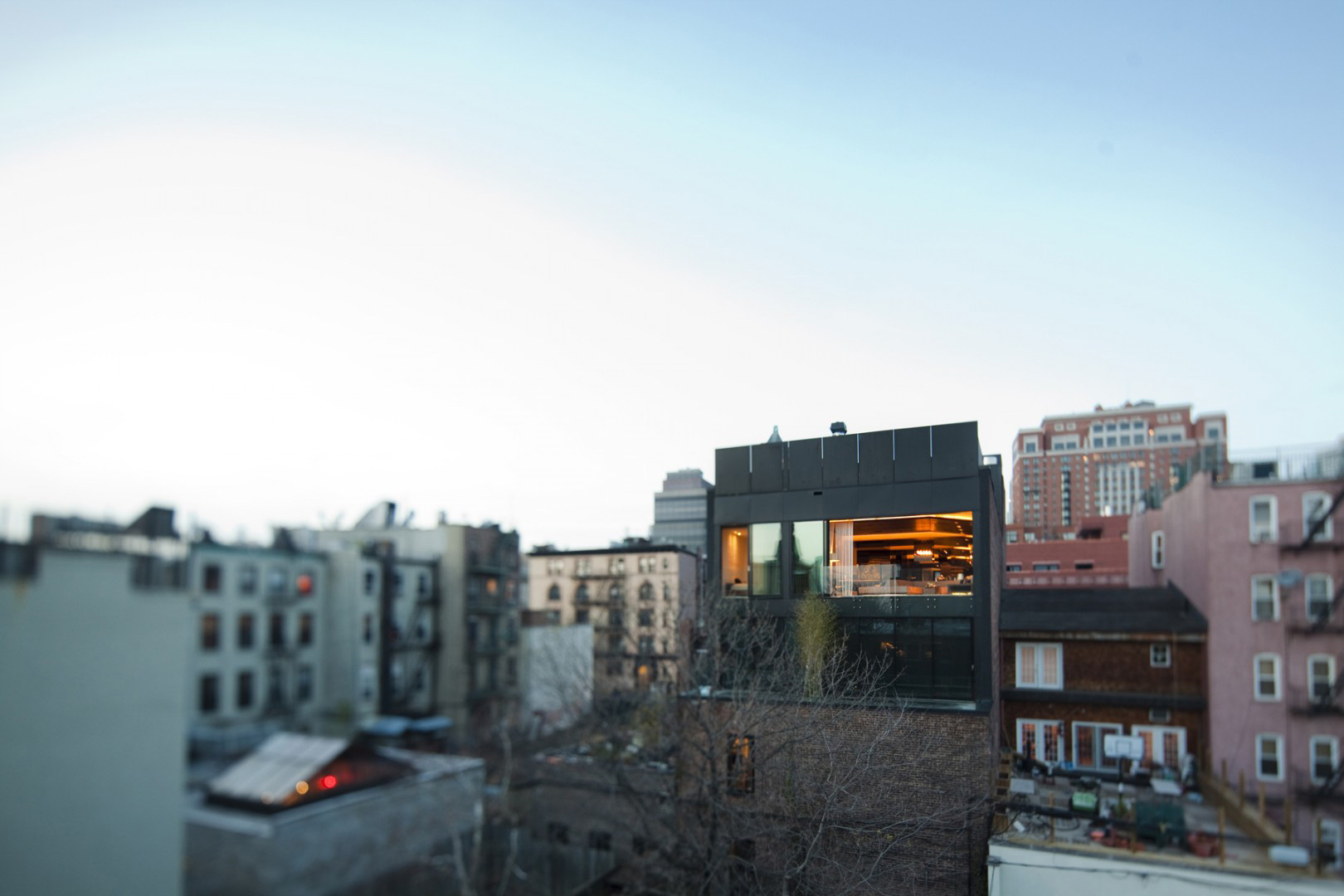 There’s a shift happening in the built environment right now. Suburban land is becoming increasingly scarce, and rural land is being pushed to inaccessible distances. Meanwhile, it’s more attractive than ever to live and work in the city, and less desirable to be stuck in traffic. While these challenges can be difficult to confront, they are also motivating us as a society to produce thoughtful solutions in urban settings. These constraints are producing an architectural paradigm shift.

One of the most successful solutions that we’re seeing in the built environment is urban infill. It’s a broad term with many applications and today’s post takes a crack at defining them as well as calling out some exemplary projects. Here are our top 5 required factors of urban infill:

1. It increases the density of the built environment.
2. It builds and fosters community.
3. It focuses on the reuse and re-positioning of obsolete or underutilized buildings and sites.
(Thanks, Wikipedia.)
4. It activates neighborhoods, making them more useful and livelier for longer periods of the day and night.
5. It uses what is already there to its advantage, as opposed to starting with a blank canvas. 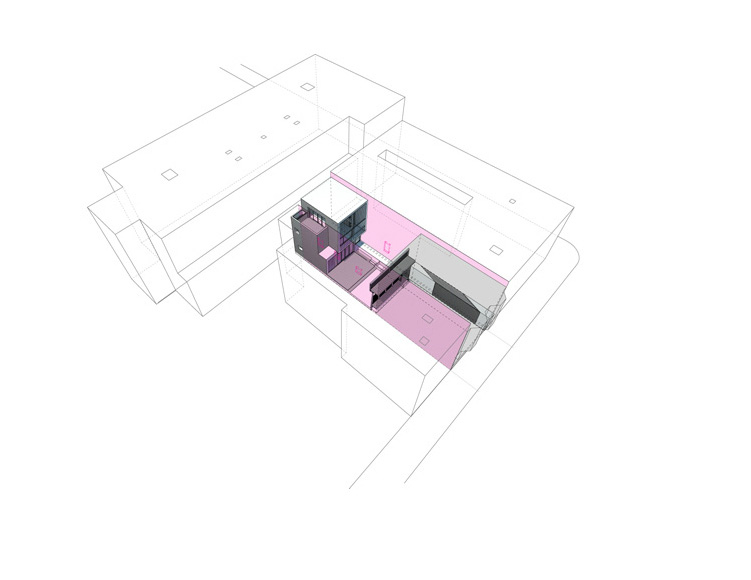 These factors can be achieved in a variety of ways. The infill can be added to an existing structure, it can become a new layer over the old, it can permeate the voids of an irregular site, or it can simply fill an abandoned lot. Often times, this infill employs mixed-use and multi-functional purpose to a site or building, promoting different uses at different times. The main point being: urban infill is synergistic; it has a greater affect on the built environment than the sum of its parts.

As architects and builders, we think the possibilities of urban infill are exhilarating. As humans and conscientious members of society, we think urban infill offers an intelligent response to a multitude of environmental and societal factors. The projects below are excellent built examples of urban infill. Be sure to let us know of any we’ve missed. 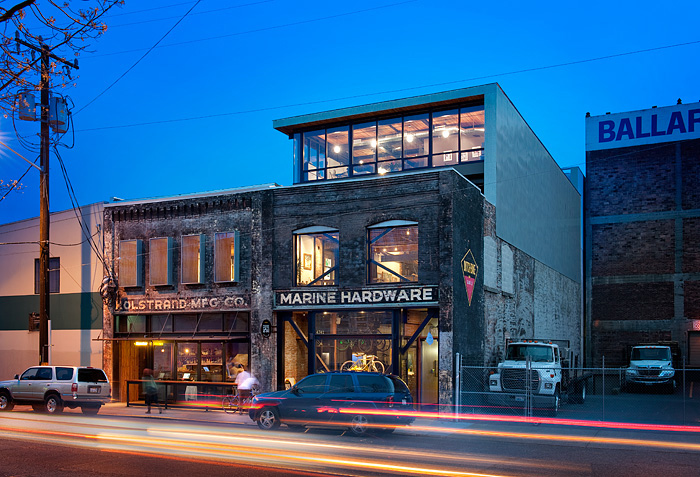 An extraordinary example of urban infill, the design involves a complete renovation to the guts of an existing brick building and the insertion of an additional floor on top. By introducing two restaurants, a bike/coffee shop, and offices to the neighborhood, the Kohlstrand urban infill fires on all cylinders (not to mention housing the best oyster bar in town).

Agnes Lofts by Weinstein A|U and developed by Dunn + Hobbes 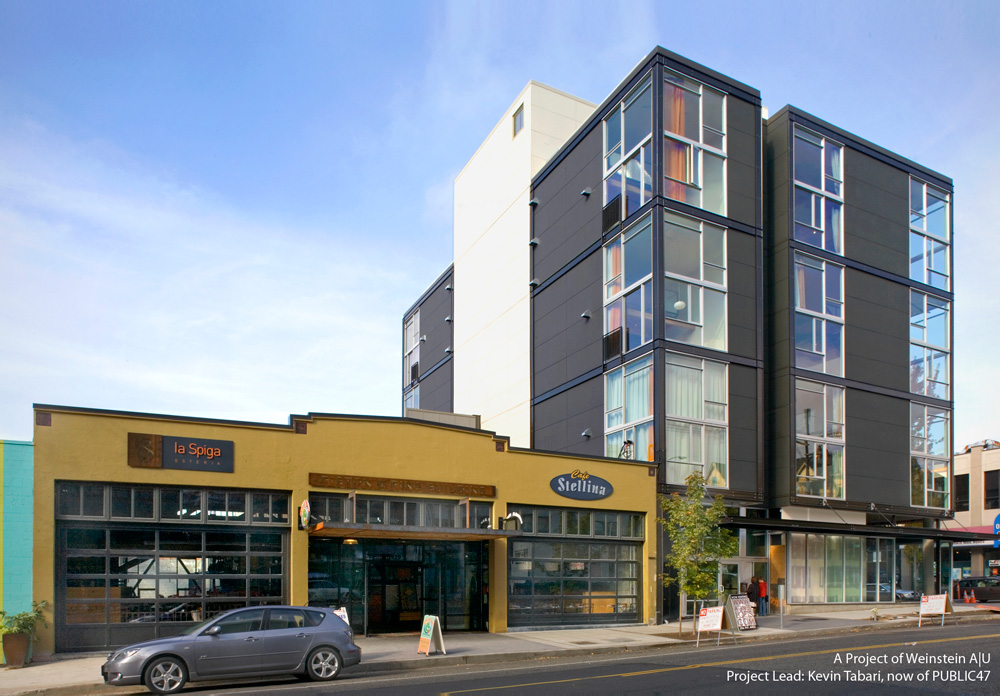 The Agnes Lofts urban infill is one of the reasons Seattle’s Pike-Pine corridor is a destination neighborhood. Nestled in between its older, industrial neighbors, the building brings 24 double-height residential lofts with ground floor (and sub-floor) commercial spaces to the Capitol Hill neighborhood. The crisp glass box design glows at night and leverages the potential of an active intersection in Seattle’s most vibrant neighborhood.

The Park Modern by BUILD LLC 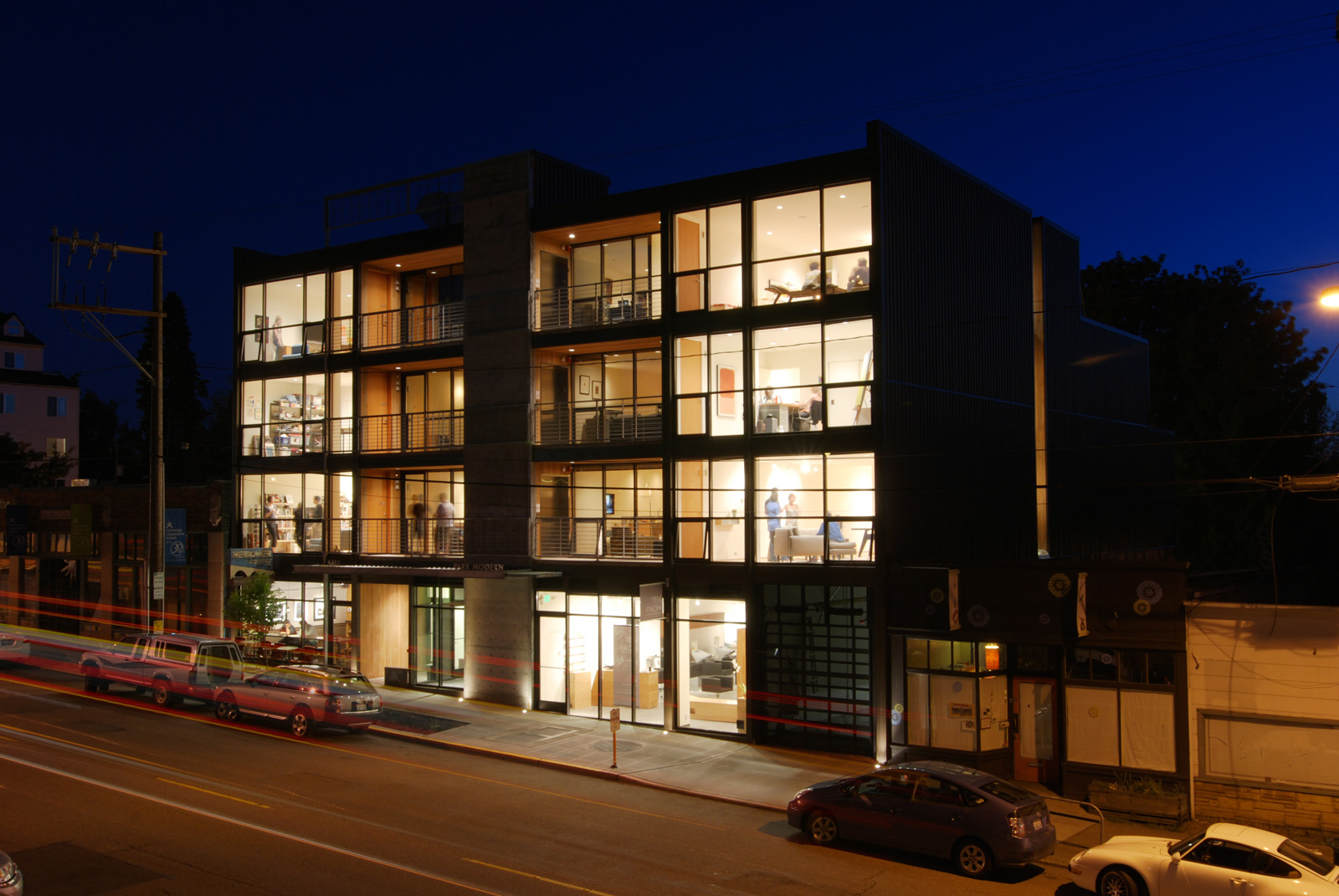 Replacing a couple of dark and derelict buildings, the Park Modern urban infill injects a diversity of uses to Seattle’s North-Ave neighborhood. Ten condominiums, two townhomes, a café, a salon, and an architecture firm extend the pedestrian zone of Seattle’s U-District, preemptively filling in the blanks between two future light rail stations, and re-energizing a once gloomy part of town. Successful urban infill also increases the safety of cities by placing more eyes on the street, echoing the words of Jane Jacobs.

PORTLAND
Our neighbor to the south may not be known for being a hyper-dense urban metropolis, but Portland has maintained a thoughtful and paced trajectory of urban density appropriate for a city of its scale. Each of the projects listed contribute to the authentic values of urbanism, executed by firms doing it right. 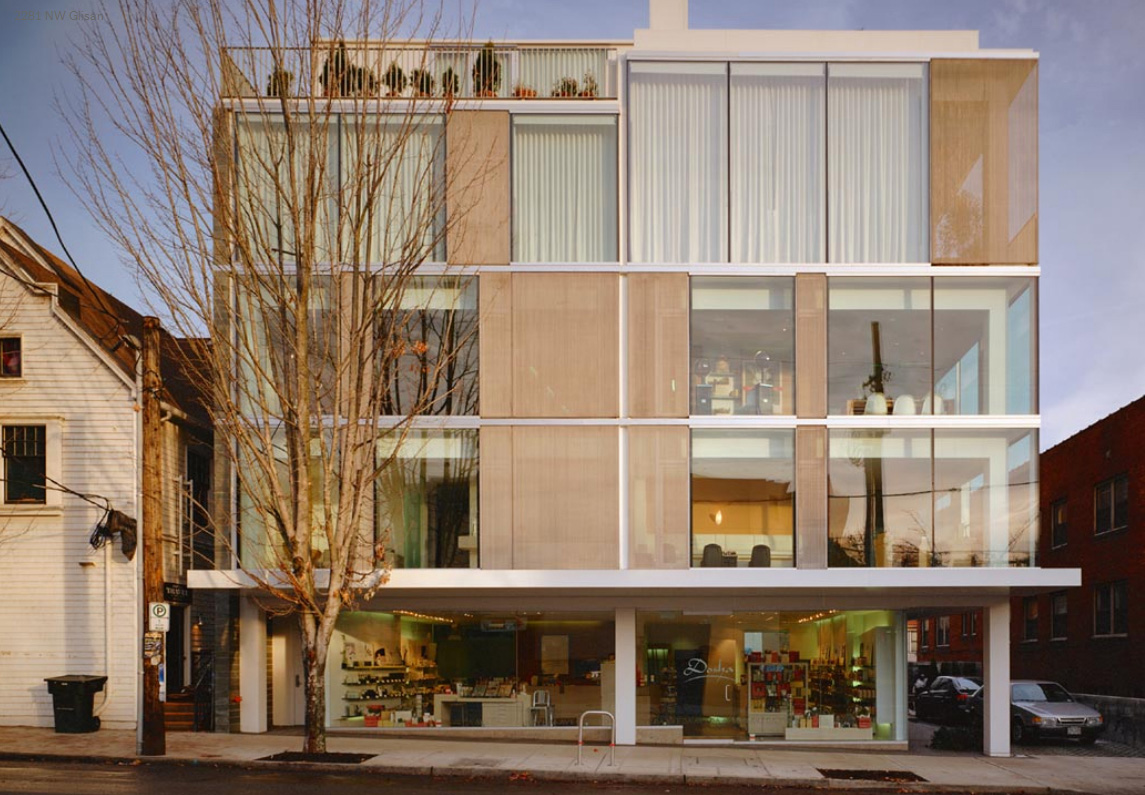 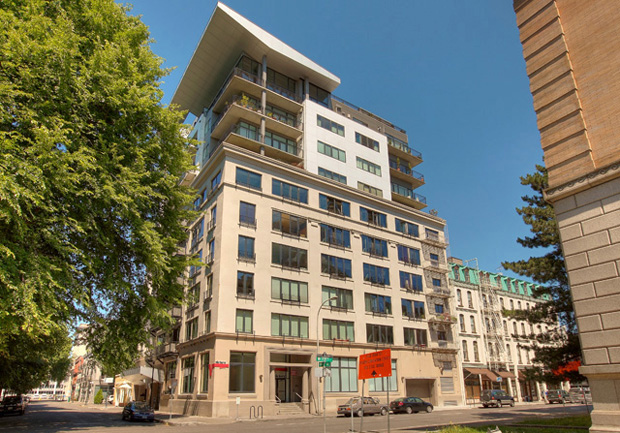 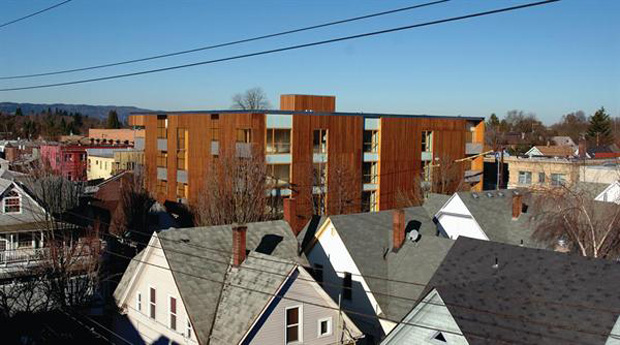 SAN FRANCISCO
Known for its density and highly constraining topography, San Francisco has its fair share of inspiring infill projects throughout the city. And with this unique set of contextual challenges, these buildings possess a dynamic quality that is true to place. 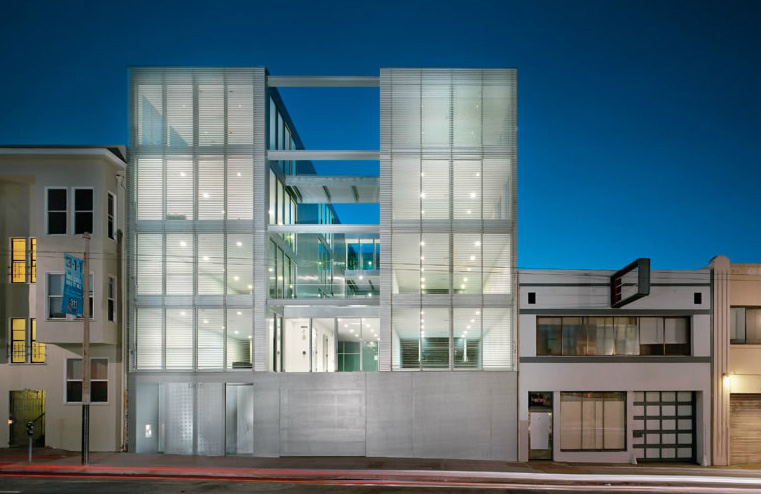 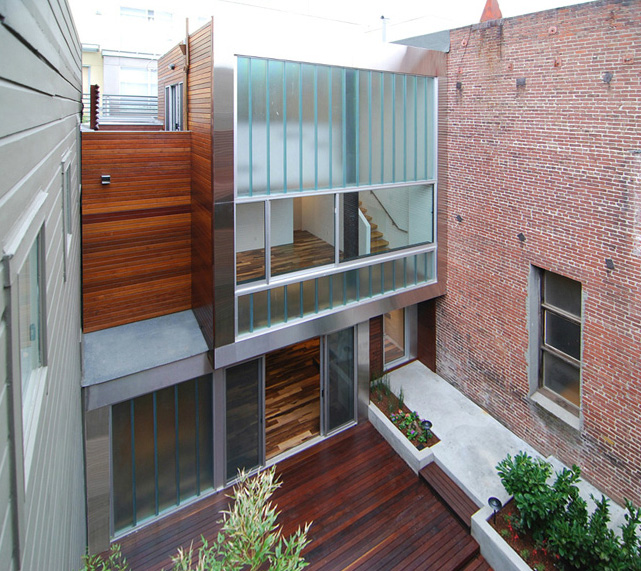 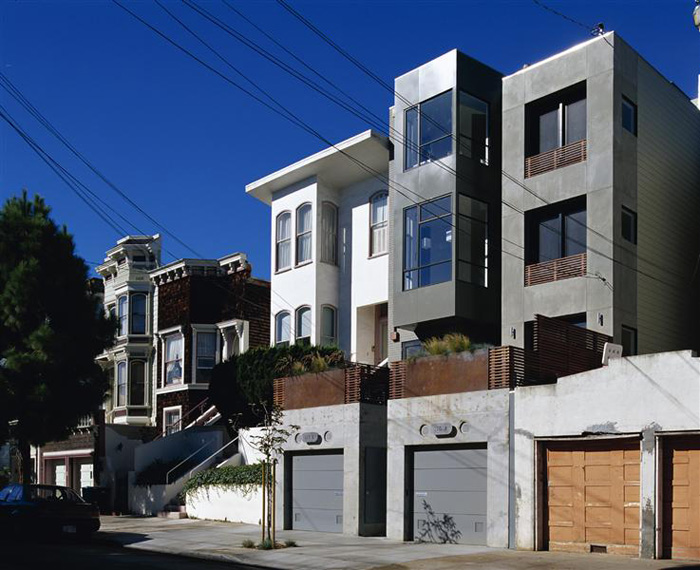 NYC + BROOKLYN
It hardly needs mentioning, but New York City is different. It’s hyper-dense, super-urban, heavily-layered, and every project there could qualify as urban infill. These are just an iceberg’s tip of some good examples.

The Porter House by SHoP Architects 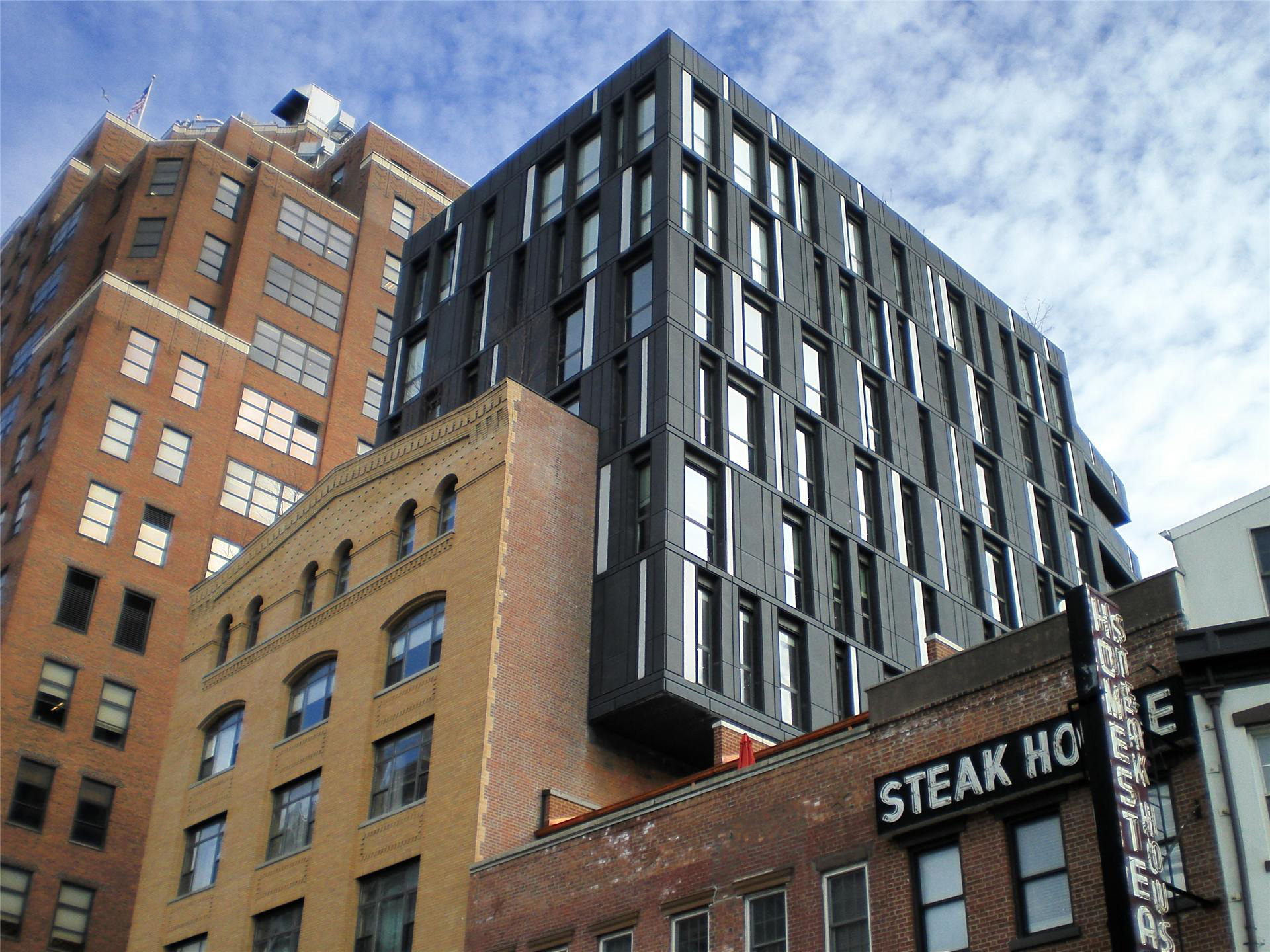 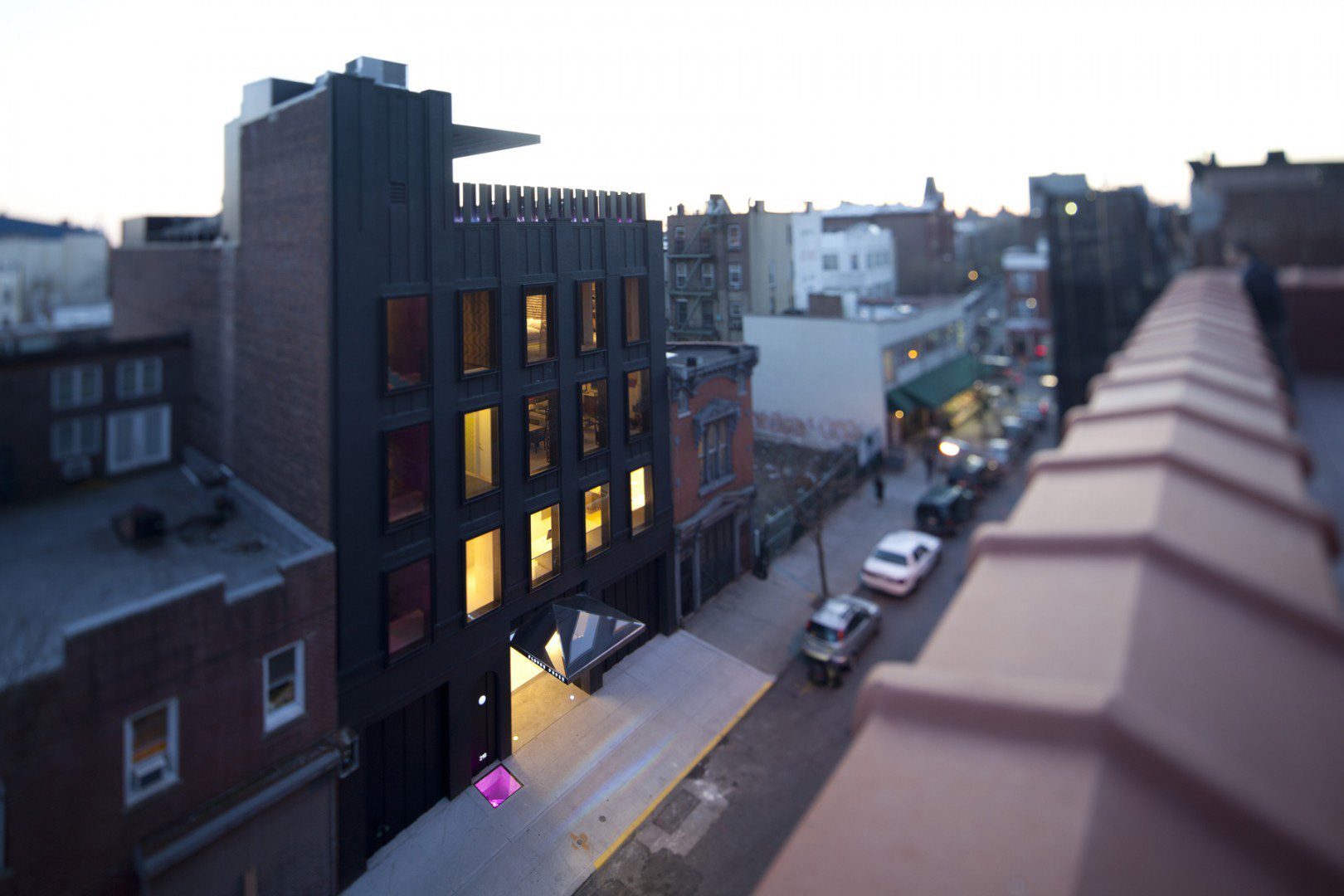 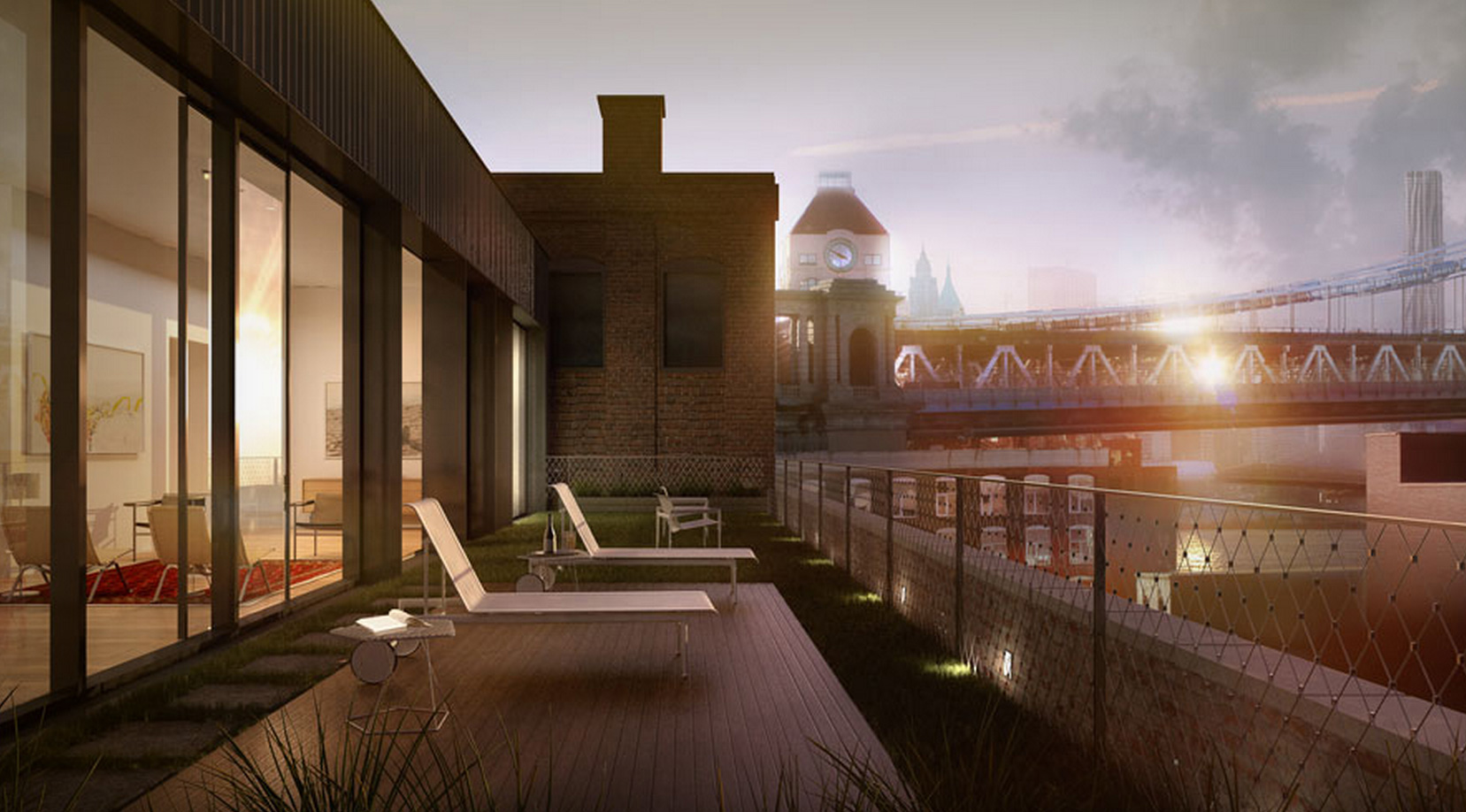 Hit the comments button and let us know what urban infill criteria and projects make your list.