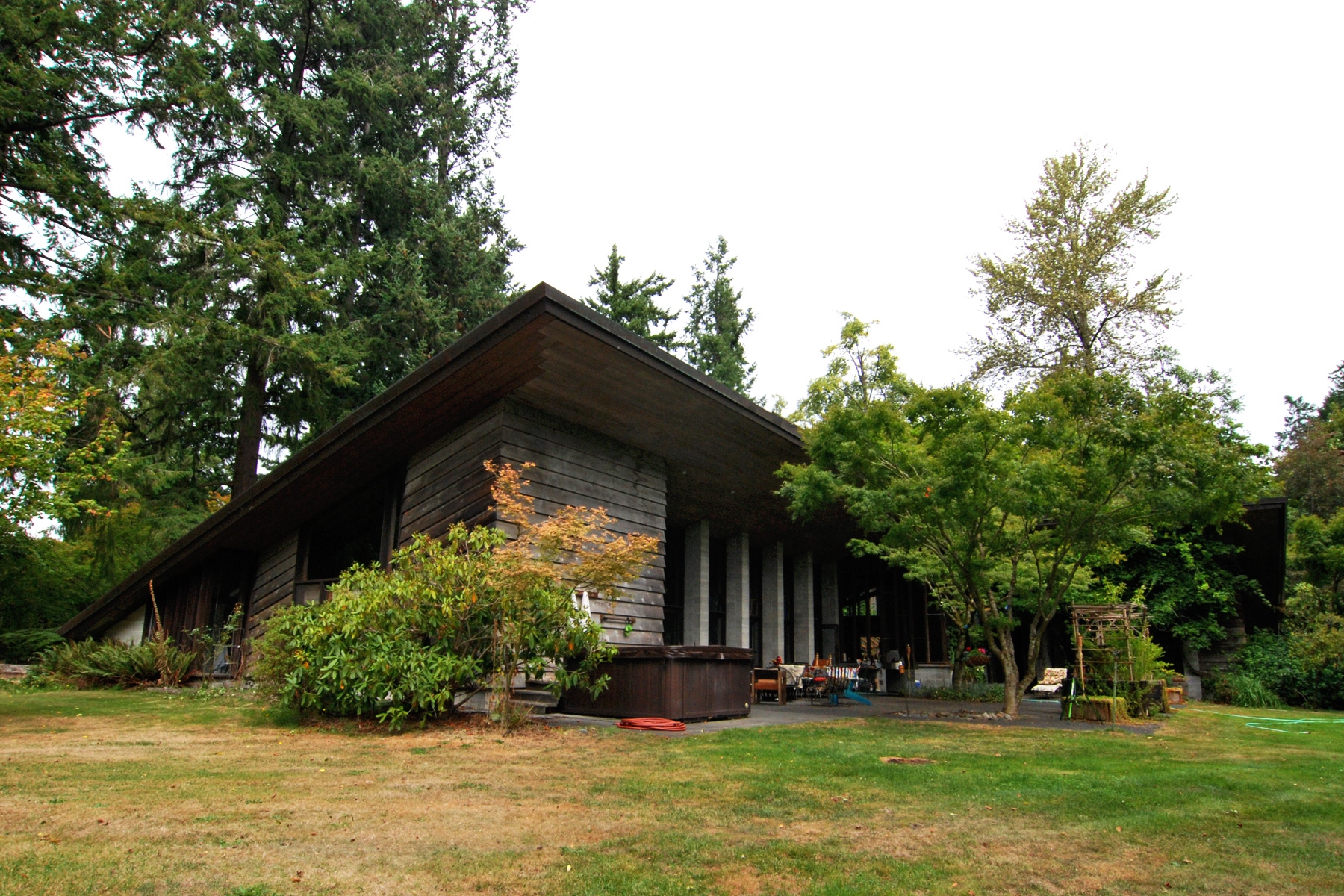 [All Photos by BUILD LLC]

Earlier in the year, we covered two separate Frank Lloyd Wright Usonian homes on the blog, both located in Western Washington. Recently, we had the special opportunity to check out the final home in the trio of Wright projects in Washington State. Unlike the other two, this home is occupied, and therefore tours are few and far between (the last one was five years ago). When we got wind the home would be opened this summer for a public tour, we jumped at the chance to visit. And, of course, we needed to share the experience. Here’s a recap of the tour offered back in September, for those who haven’t had the opportunity to visit it recently, or at all. 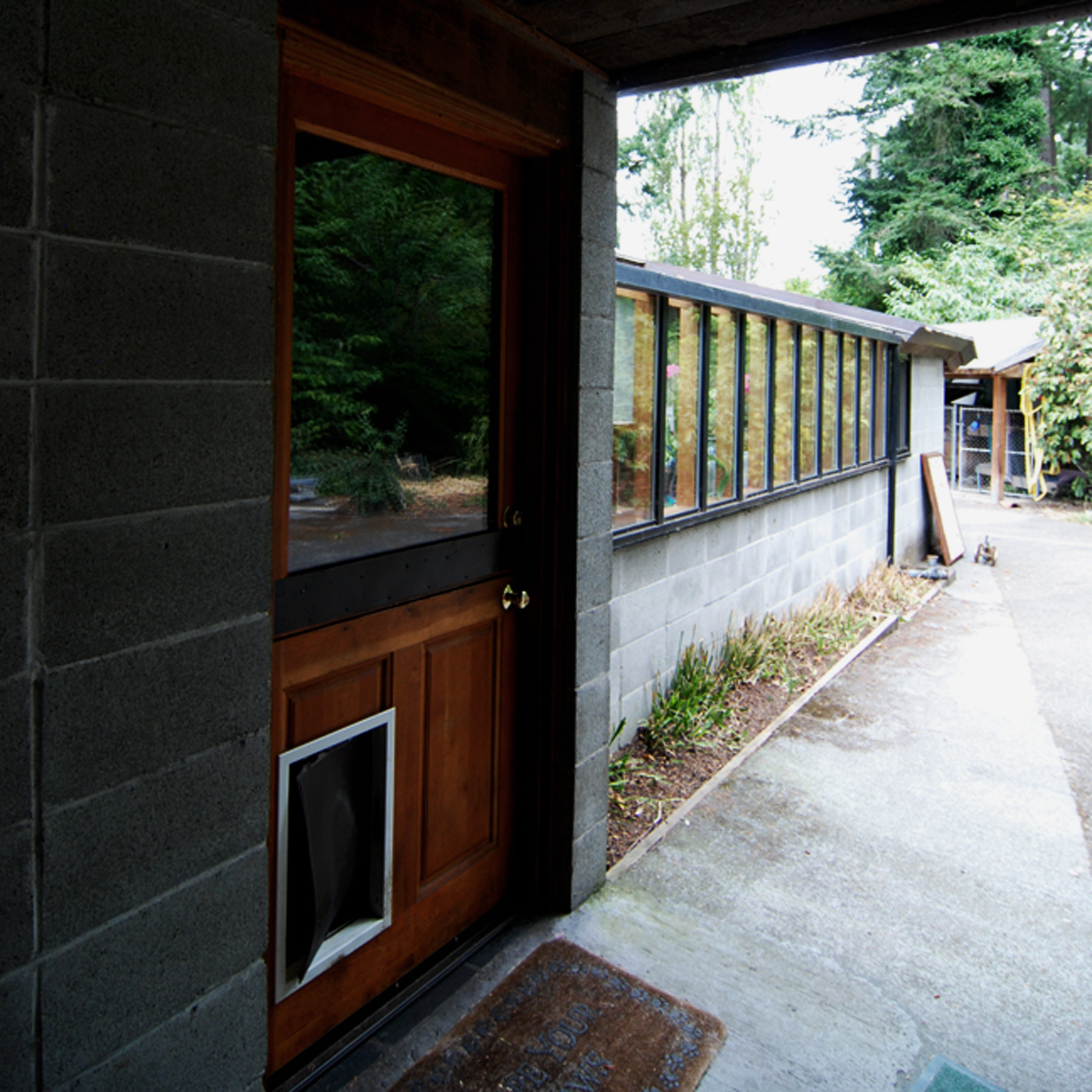 The home is located in the town of Lakewood, at the south end of Tacoma, and operated as the primary residence of the Chauncy and Johanna Griggs, along with their children. The house has remained in possession of the family, and is currently the home of the Griggs’ son, Mark, and his family.

In line with Wright’s other Usonian Automatics, the house is a single-story, L-shaped plan based upon a simple module. However, in comparison with other Usonians (particularly the Tracy and Brandes Houses), the Griggs Residence possesses an element of grandeur that the others do not. Following are five unique characteristics of the Griggs House: 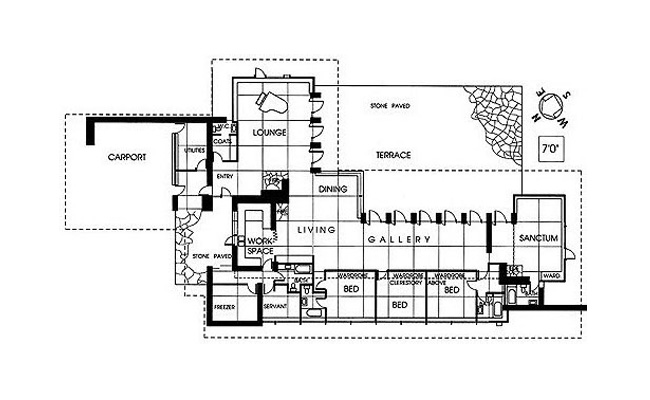 1. Approach and Anticipation. The access to the site is along a windy and wooded driveway. Once on site, the street is no longer in view nor in audible range, and the approach to the home itself involves crossing a footbridge over Chambers Creek.  It as at this point that the house first comes into view. 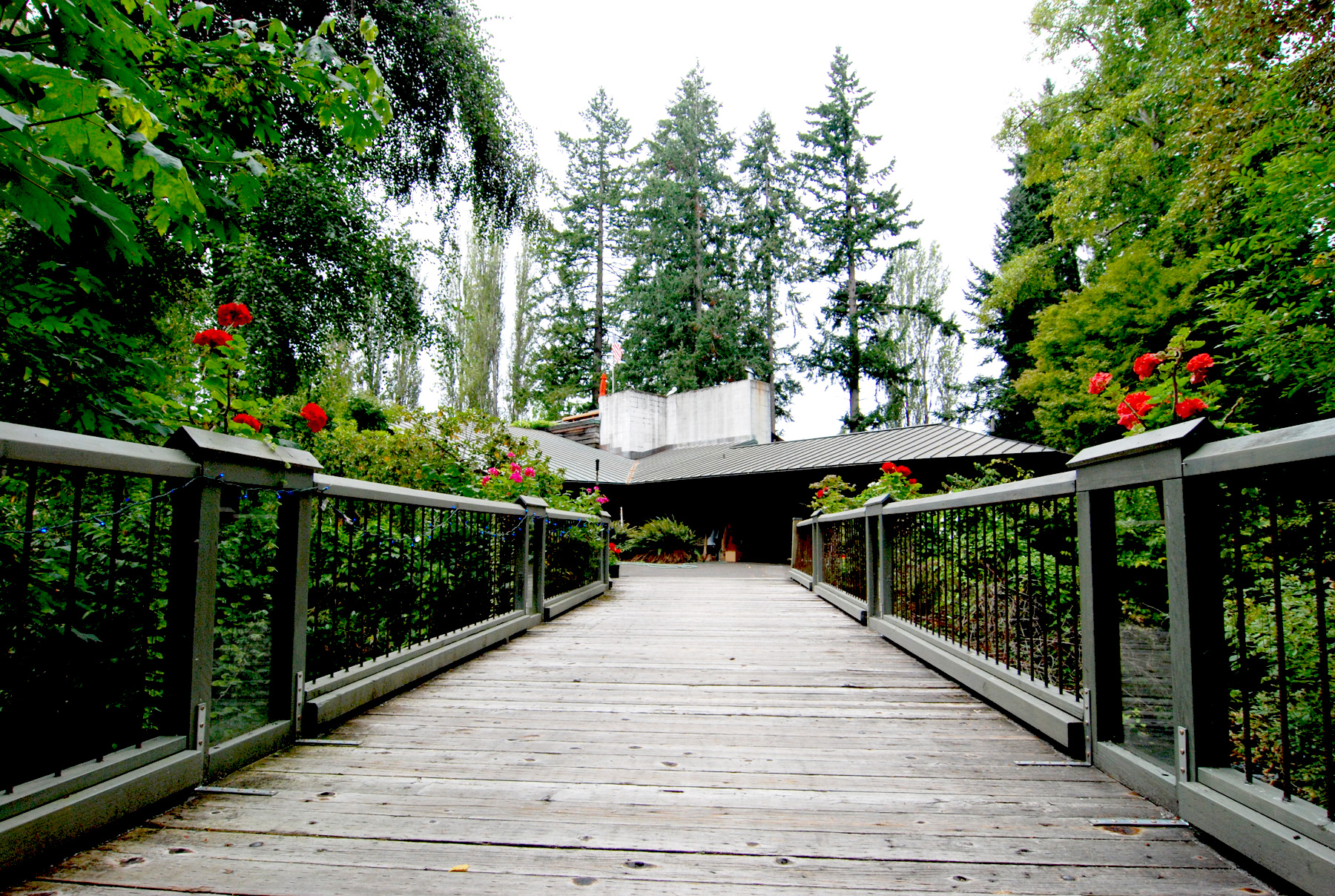 2. Dramatic Geometry. Instead of a flat roof, this home demonstrates a shed roof application. The roof allowed for dramatic, light-filled volumes within the home, and a bold geometry at the exterior. 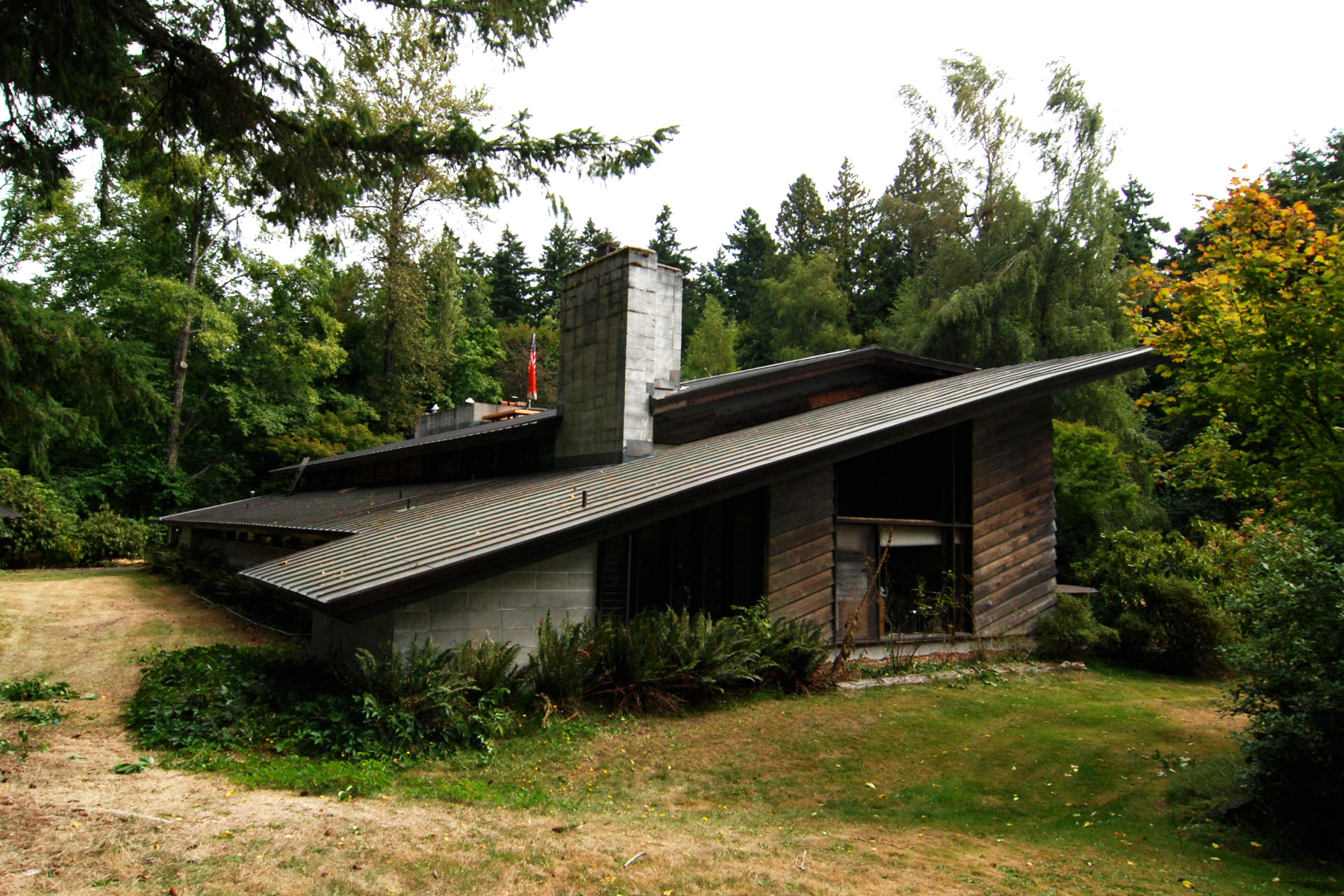 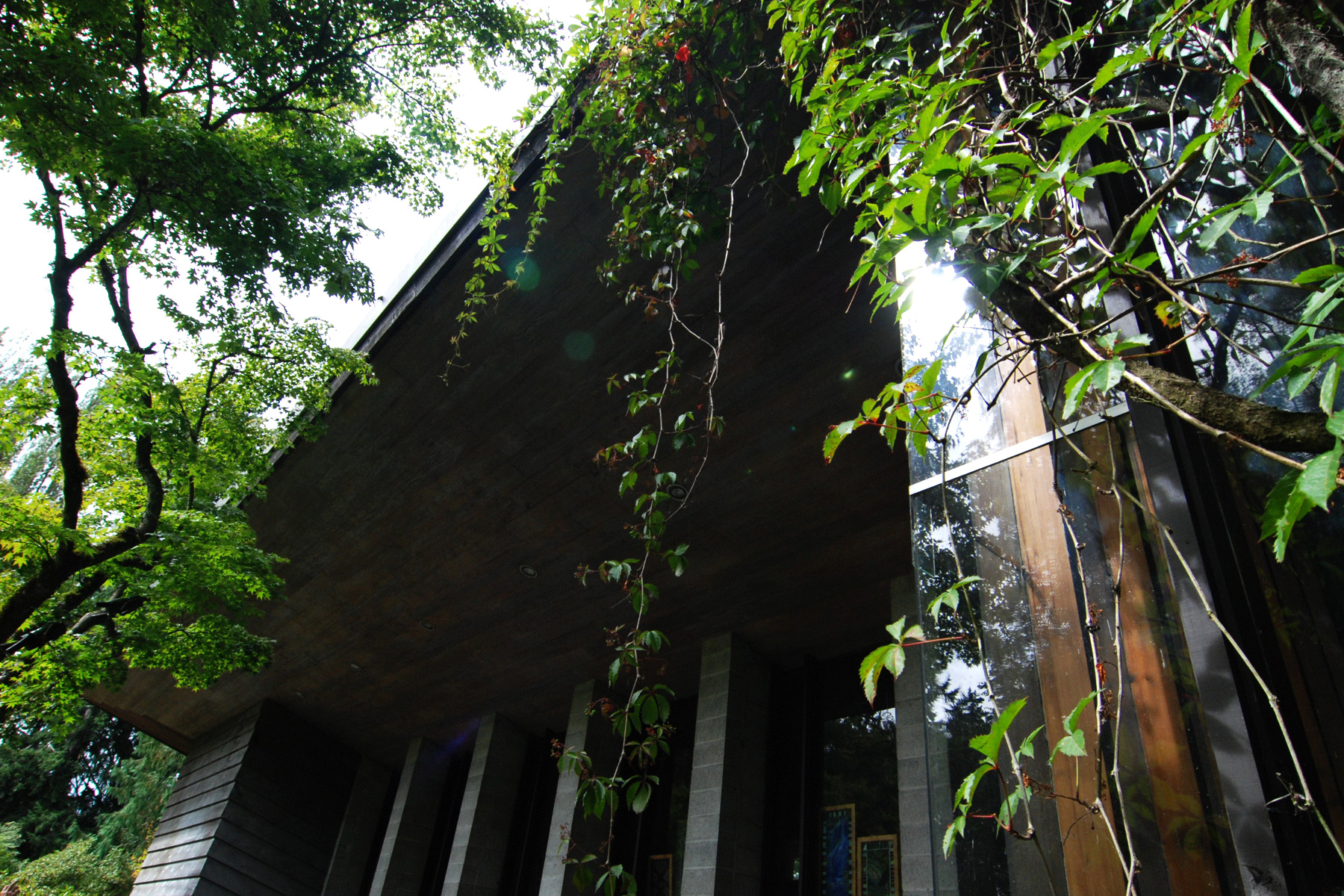 3. A New Module. Part of the efficiency in the Usonians were the use of a module. Though the 4′ module was the typical formula, Wright instead employed a 7′ module at the Griggs residence.

4. Flexible Entertaining. From time to time, Chauncey and Johanna would host formal events in their home. Though the asked Wright to include a formal dining area for these purposes, their request was denied. In lieu of a dedicated dining room, Wright designed an open and flexible plan for entertaining . The dramatic volume of the Gallery serves both as generous (yet proportionate) circulation access to the bedrooms, but also was designed to be wide enough for the dining needs for over twenty guests. 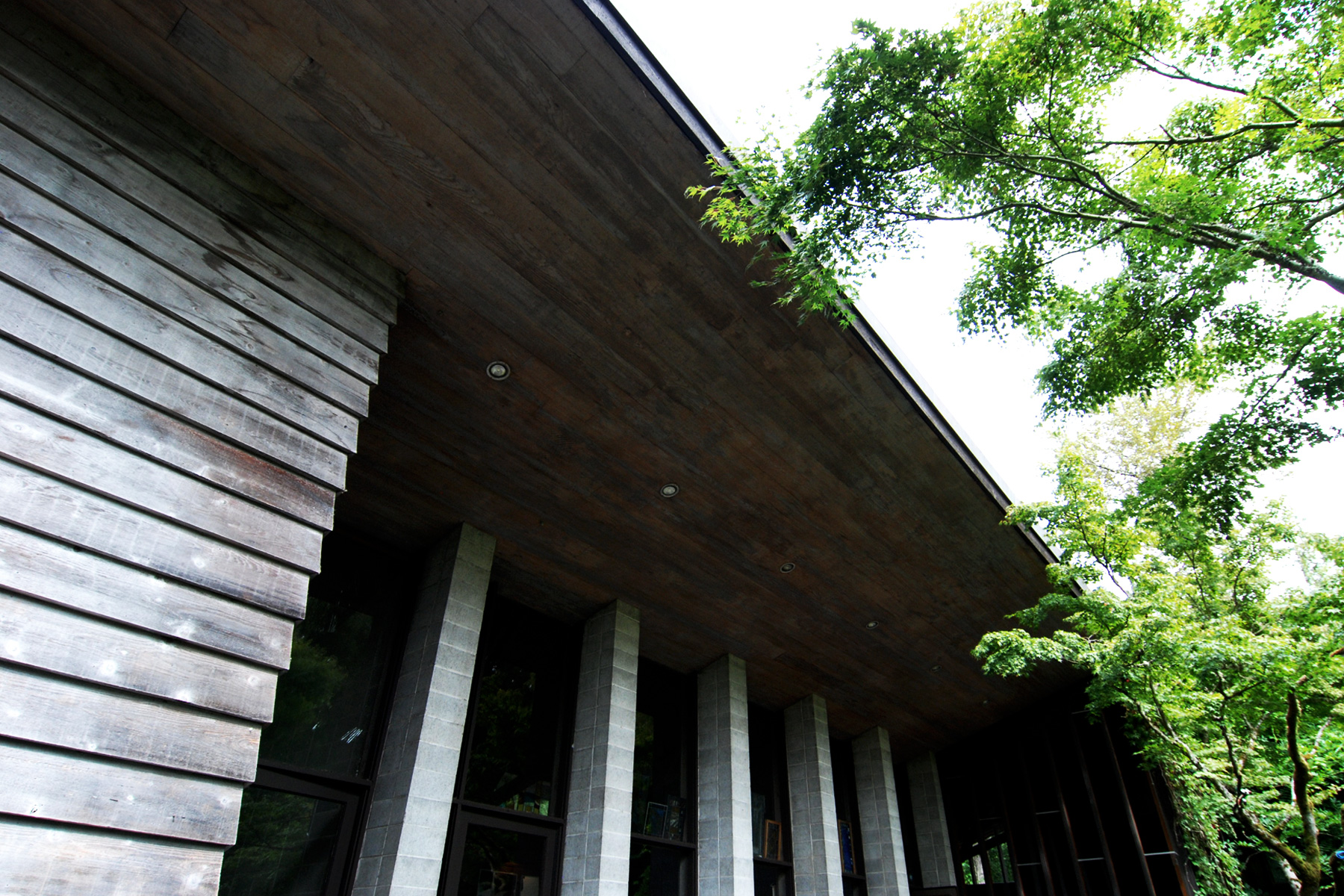 5. Material Matters. As a result of the dramatically sloped roof geometry, the roof plane is highly visible. The original material for the roof consisted of a membrane, duck boards, and 1×12 cedar planks laid diagonally. Though the roofing was replaced years ago with a standing seam roof, a similar pattern of the original cedar is still visible on the siding along the southwest side of the home. 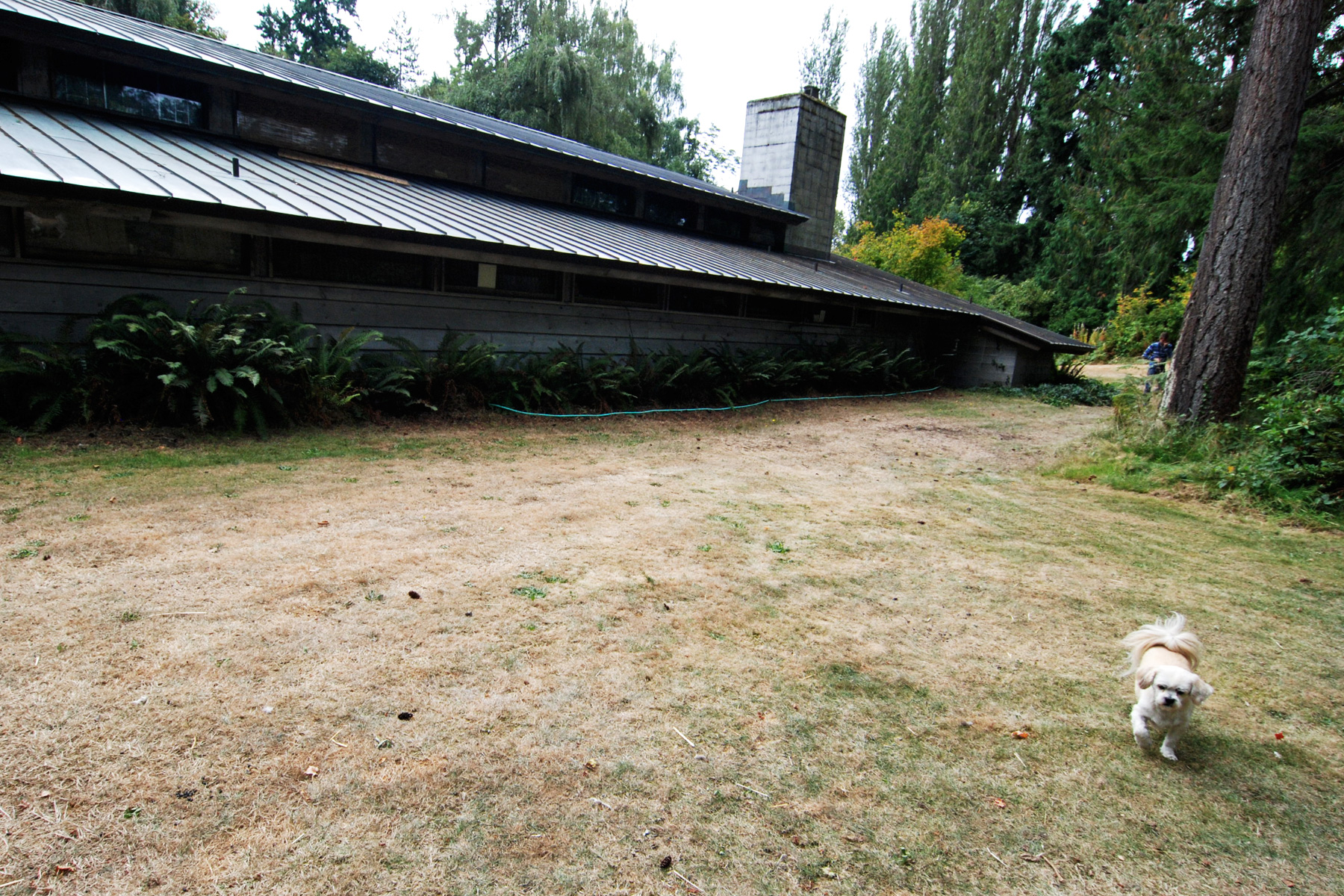 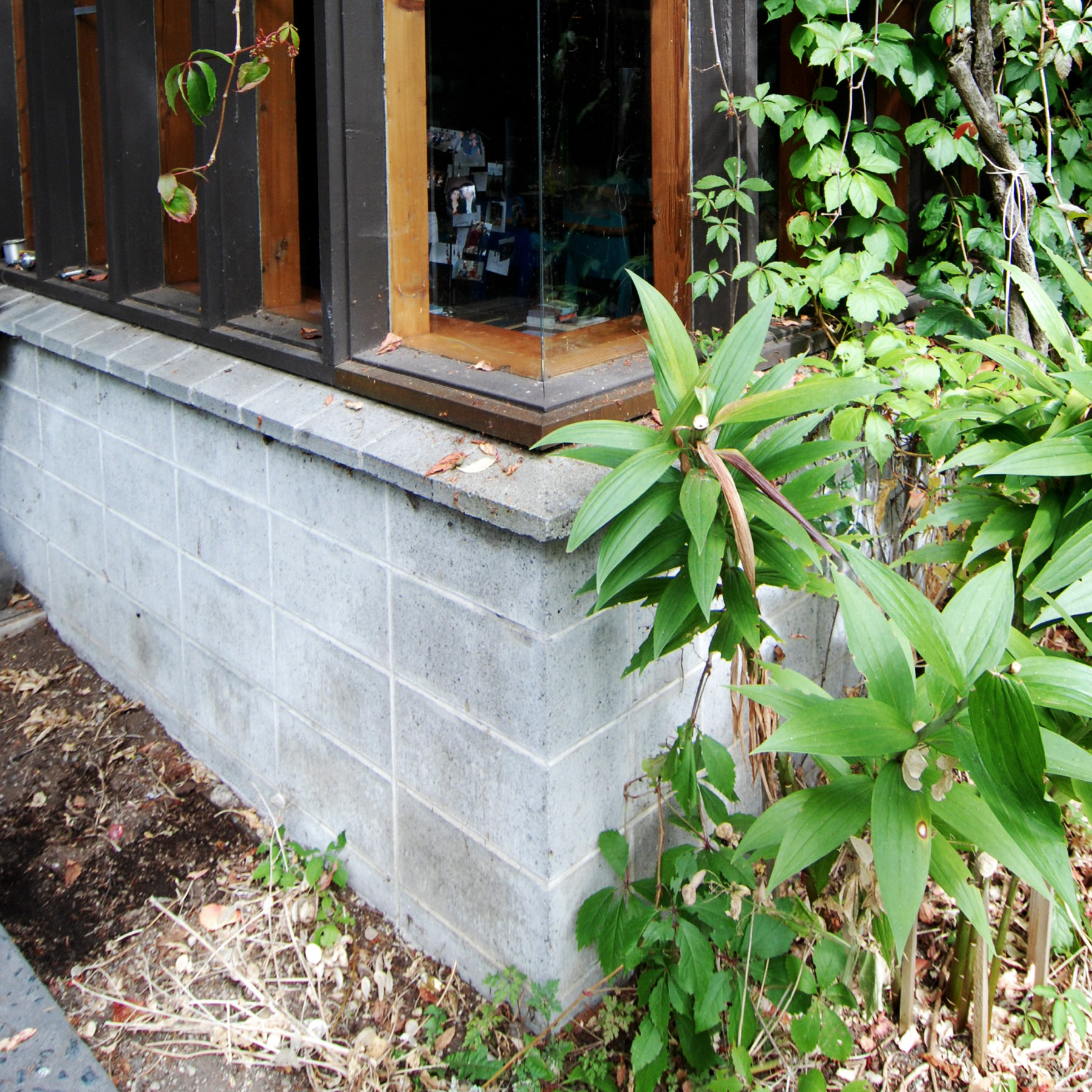 Huge thanks to The Griggs Family for opening their home up for a public tour. And, as always, big thanks to Larry Woodin at EcoHome Foundation for conducting the tour and sharing his stories. 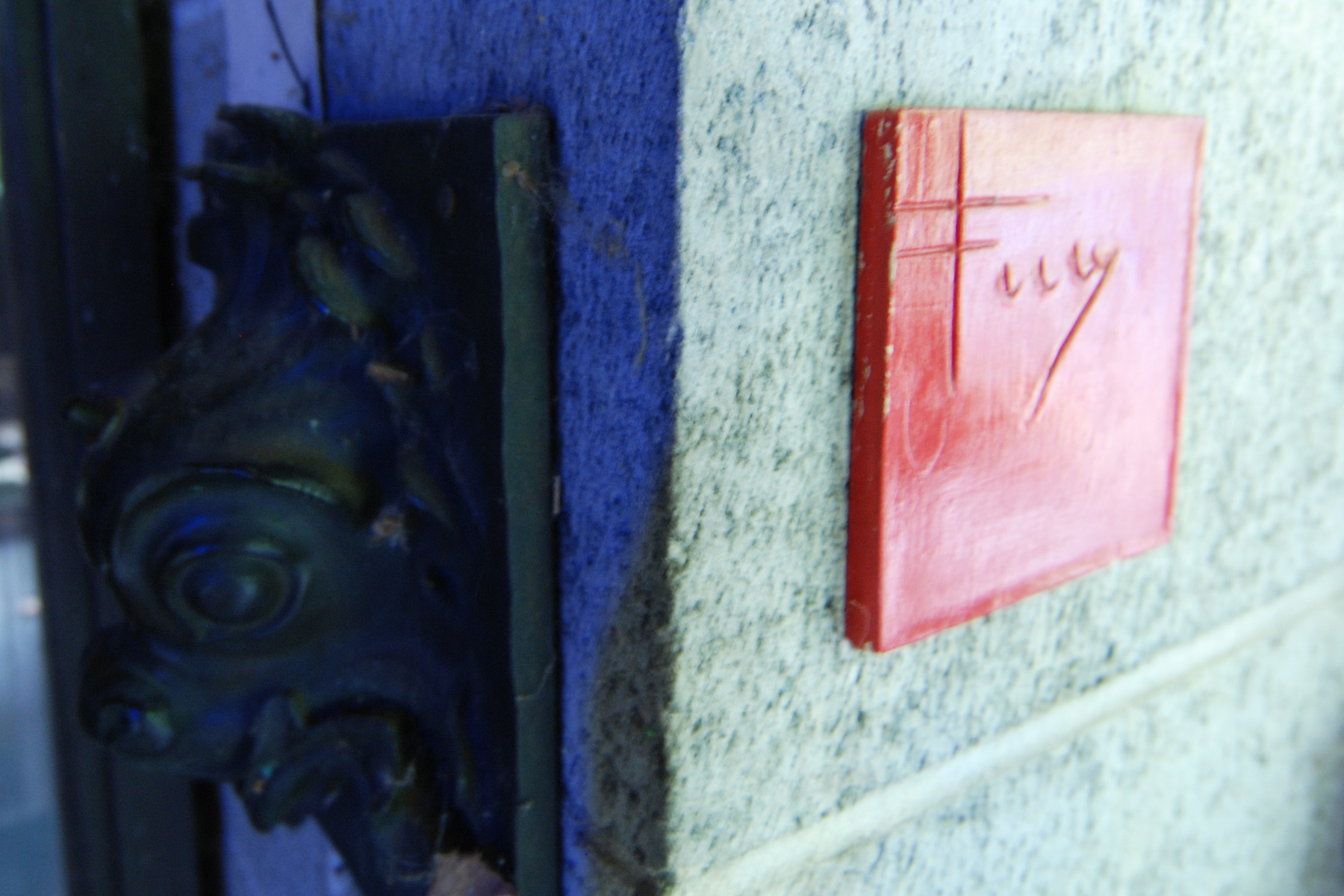