Home 2012 August On Art and Architecture

On Art and Architecture 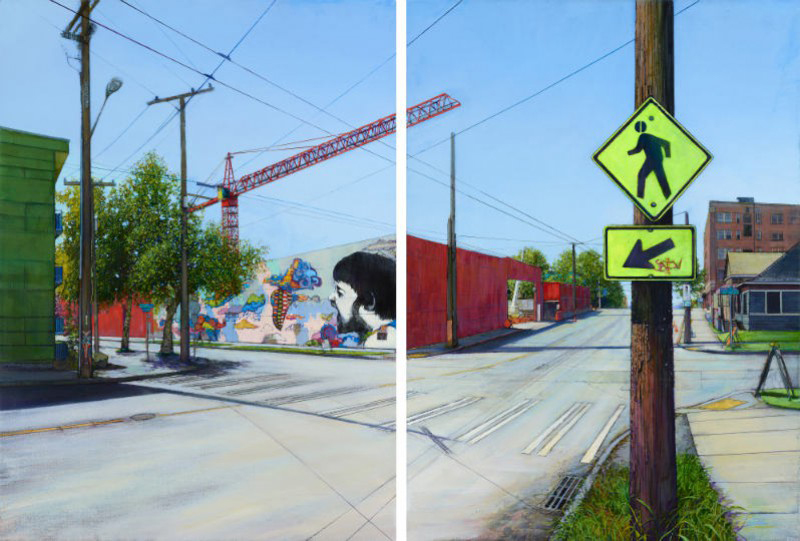 At this moment, the city of Seattle is deep in the throes of massive change and accompanying growing pains. There are more construction cranes than you can count, roads, rail lines, bridges and tunnels in various states of repair and construction. And sure, throw a brand new ferris wheel and museum in the mix. Anticipation for what the next decades hold nearly rivals the average Seattleite’s yearning for the promise of sun and warmth on the 5th of July. But, while we trudge through this nail-biting waiting period, if we don’t stop and take a second to appreciate the beautiful mess of the process, it’ll be gone before we know it.

Thankfully, there are a few who have made a deliberate point to preserve these moments into tangible memories, and in the most artful of ways. 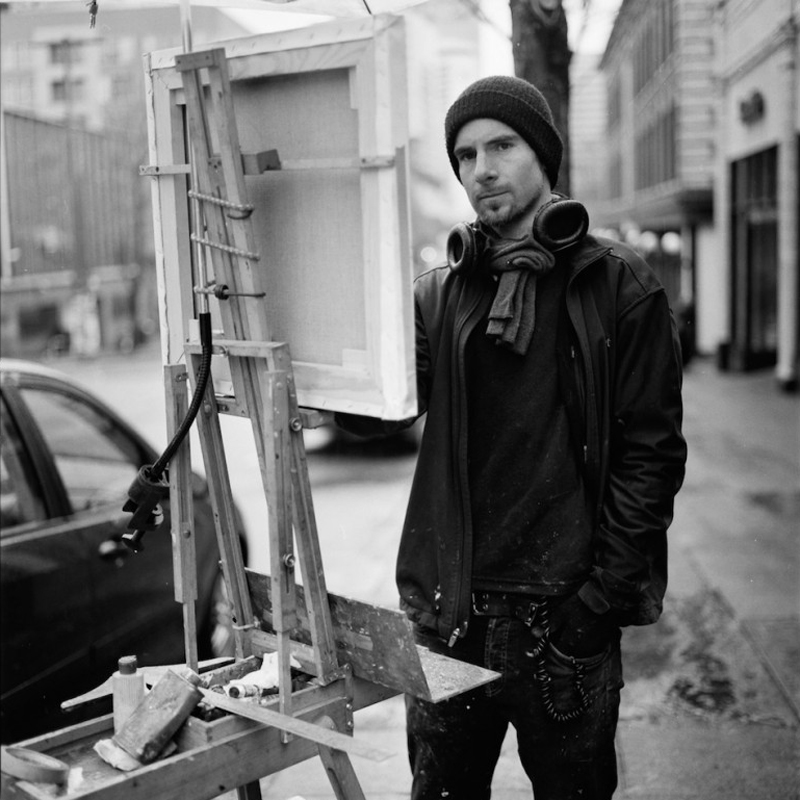 Seattle-based plein air painter Christopher Martin Hoff (1976-2012) wasn’t one to let the honesty and grit of the urban-ness of our fair city go unappreciated. He could often been seen with his easel, brushes and, when appropriate, an umbrella taking in the urban scene before him, and releasing it onto canvas. 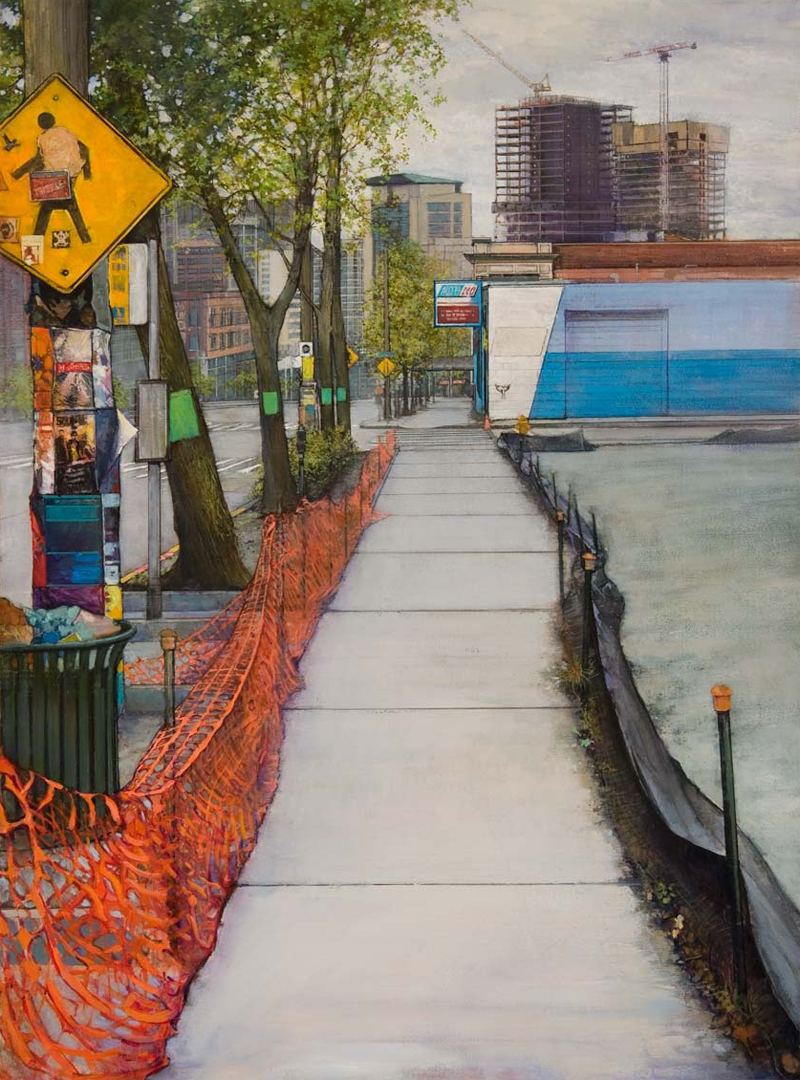 In contrast to what we architects are accustomed to when it comes to architectural renderings (or hand-drawn sketches), these aren’t flowery watercolors of projects completed nor imagined to be. Rather, each captures a work in progress; a scene which might be worth a quick snapshot/tweet/instagram/etc. But to sit still and paint? Over the course of days, weeks, and out in the elements?

And yet, they possess a beauty that supercedes expectation. 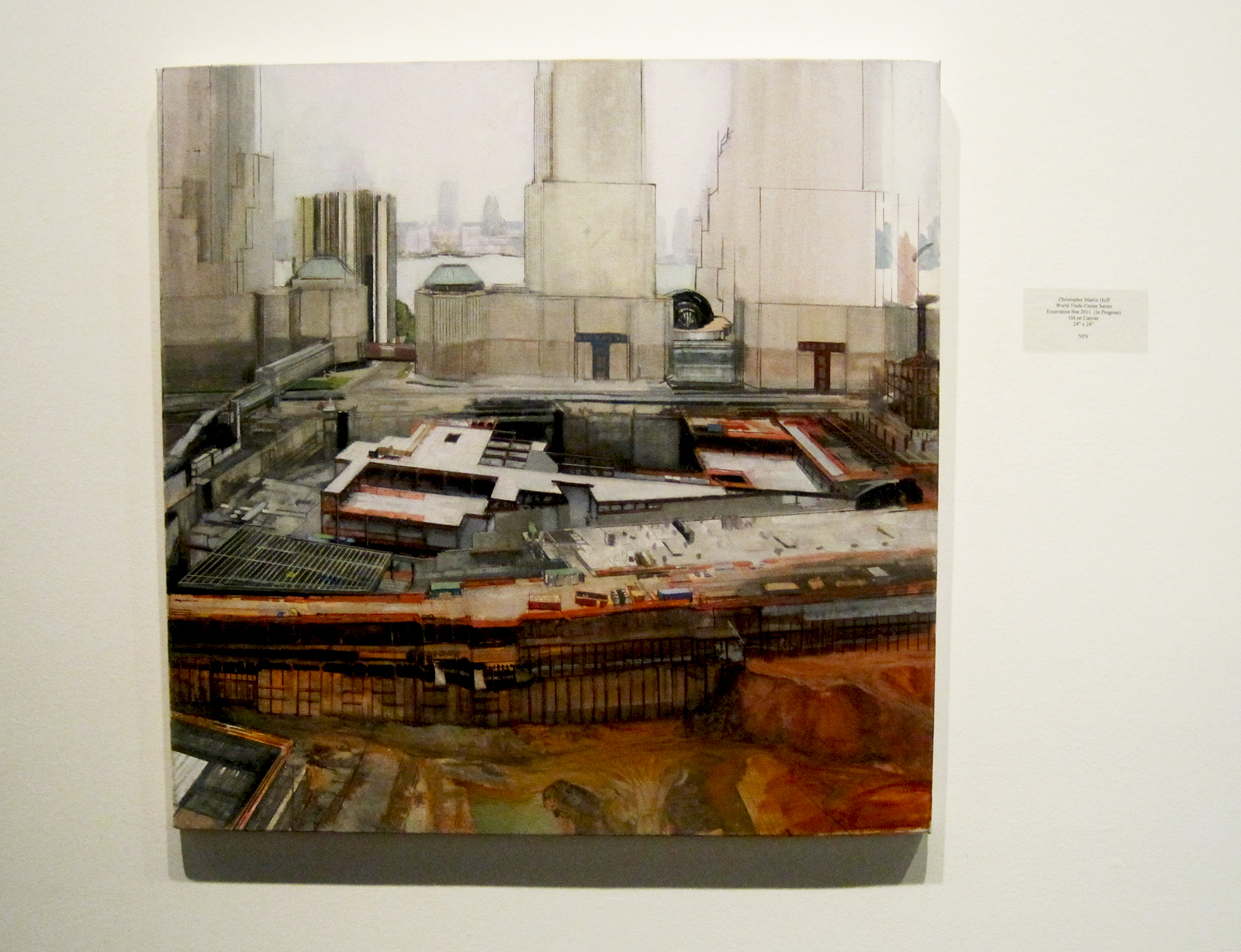 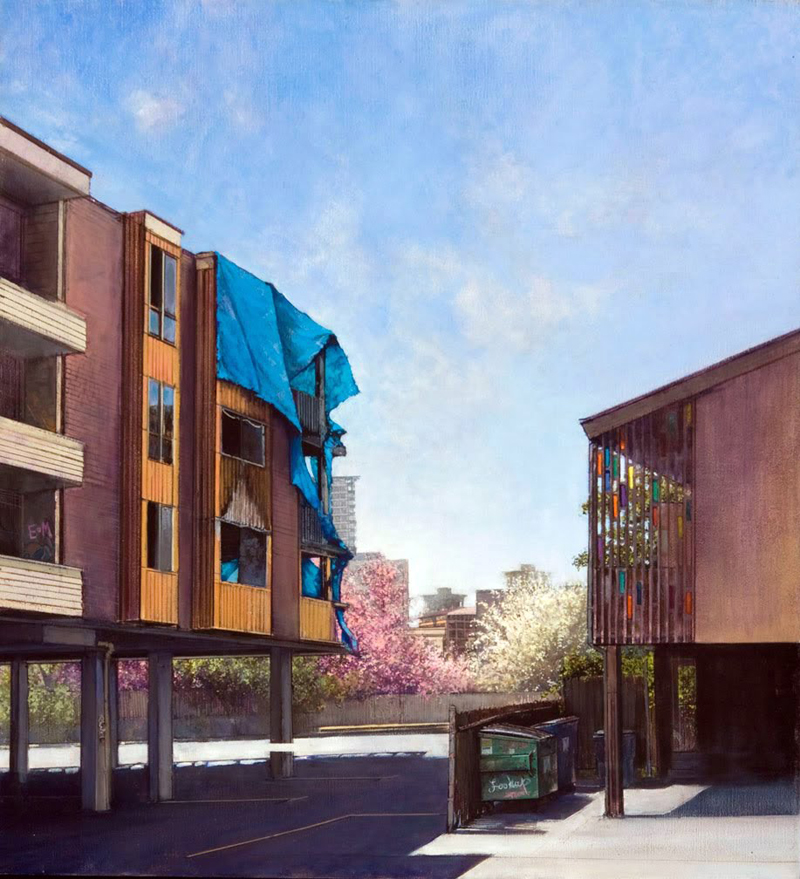 Hoff kept it simple: Paint on canvas. A portable easel and palettes. He opted for a studio out in open air, offering any passerby a peek into his process. He captures the ordinary, day-to-day, as-is status of a city, documenting a sliver of time of a building, street, and place. Elevating the oft overlooked objects from backdrop to center stage stars: cracks in the asphalt, dumpsters, street signs, construction cranes, formwork, and all. 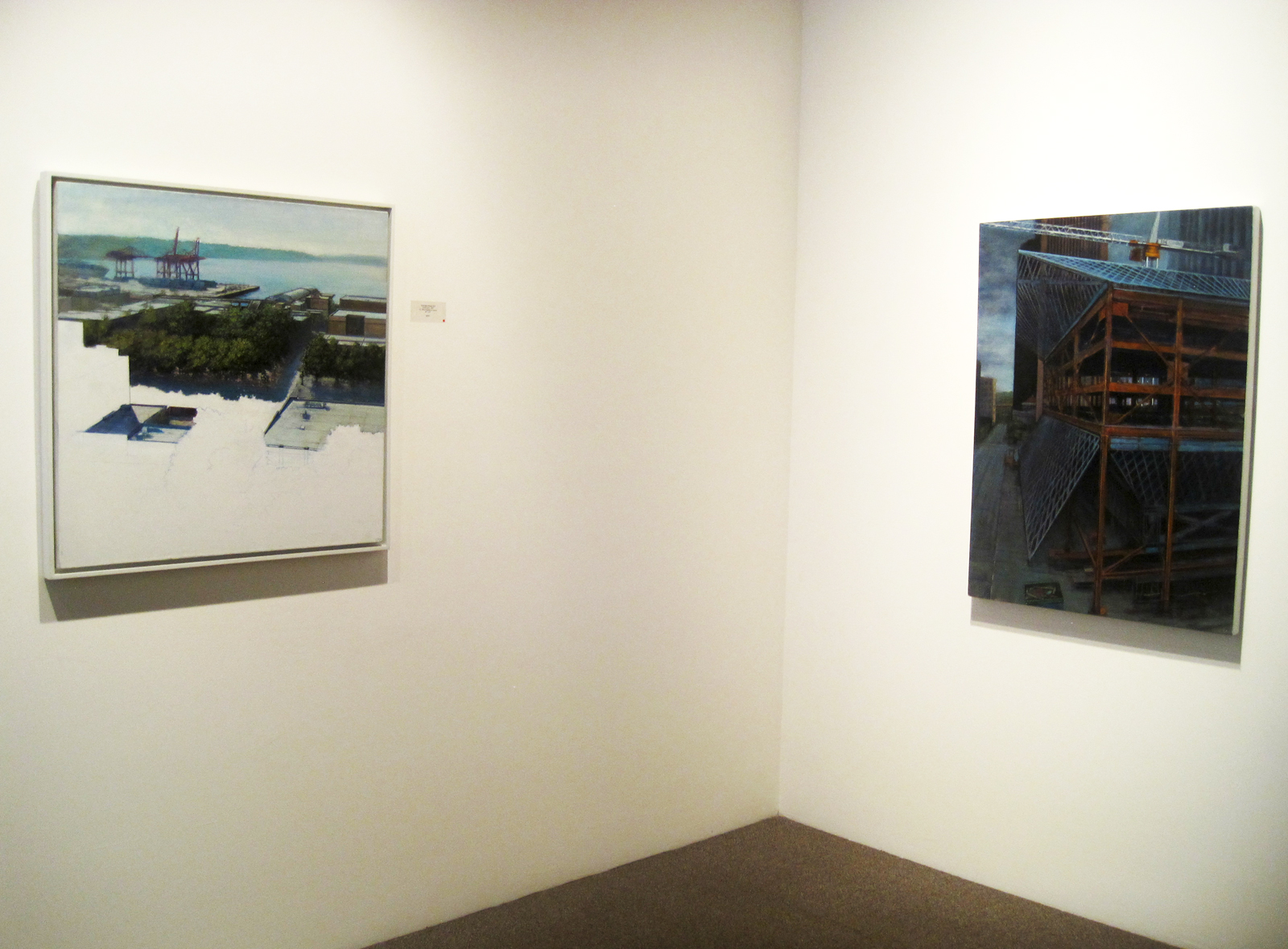 His untimely passing earlier this spring sent a shock through the arts community and the city as a whole. A week ago, Linda Hodges Gallery in Pioneer Square opened their latest exhibit featuring Hoff’s work, some of which haven’t been seen before. For anyone in or near Seattle, it’s not to be missed. Details are on the gallery website, and the exhibit runs just shy of a month, until August 25. 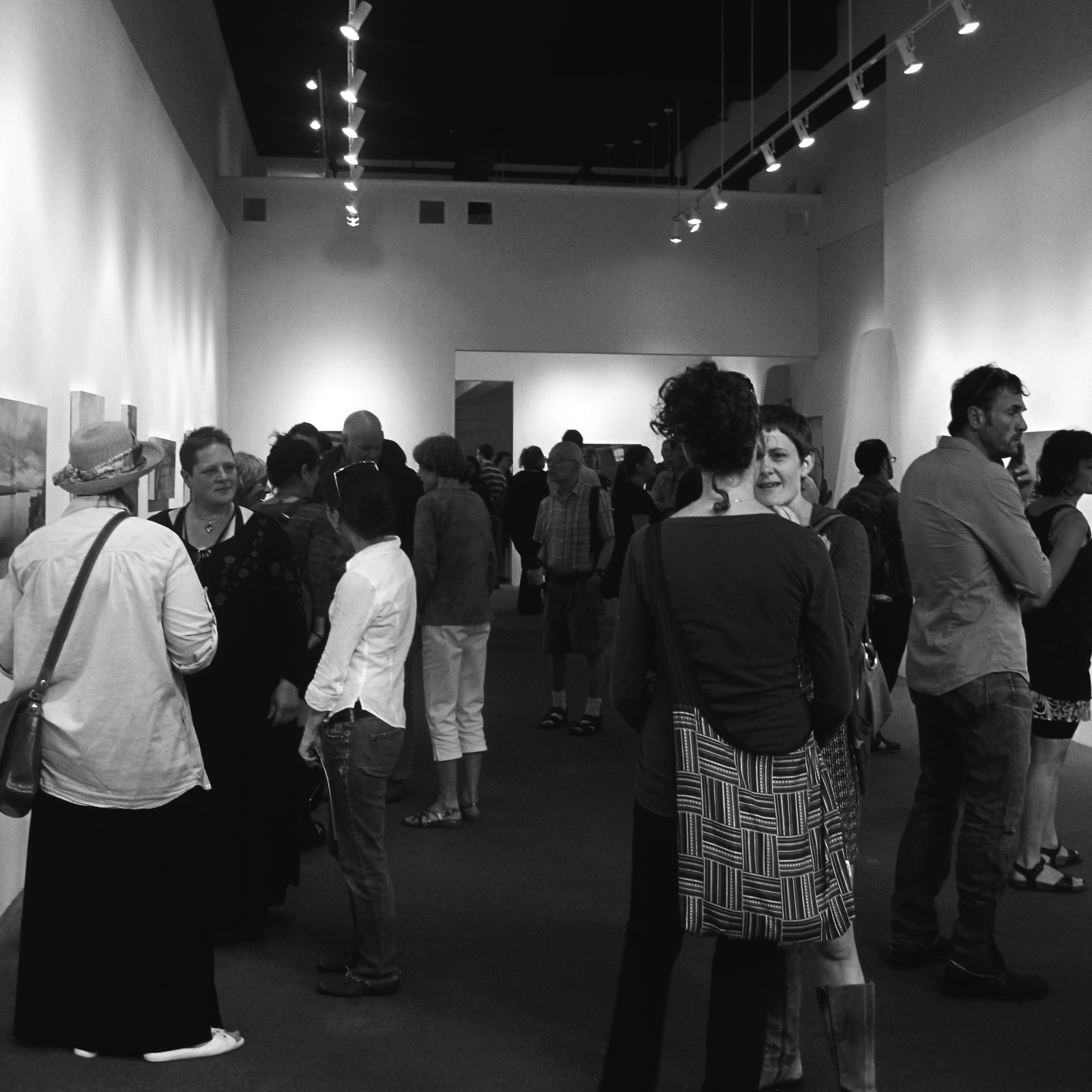 More on the art and the artist, as written by others.

My intention is not to create something removed from experience, but rather to weave the shared experiences of hundreds of these moments back into one resonant and handmade surface.
-Christopher Martin Hoff 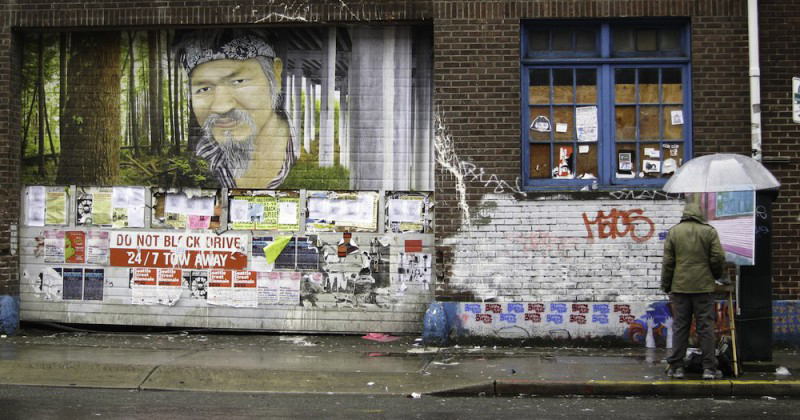