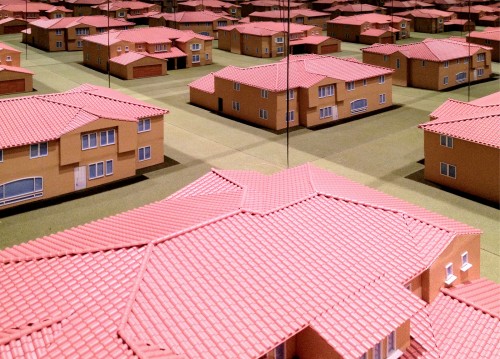 MOMA, we love you. Really, we do. We are card carrying members of the Museum of Modern Art and we diligently pay you a visit each and every time we’re in Manhattan. You’ve been a fixture on our Modern List from the start and we’re constantly sending family, friends and colleagues your way. We have no intention of changing any of this. But you did it again. We were just there and we saw the train wreck with our own eyes. You took a critical issue of social and architectural importance and turned it into a theoretical art project. The last time you did this was with the Prefab Housing Exhibit (July-October 2008) which announced prefabricated architectural solutions to real housing issues; but really it was just an art project masquerading as something purposeful. It took three Negronis, two Compari & sodas, and a shrimp cocktail at the MOMA bar to doctor the wounds from that show. 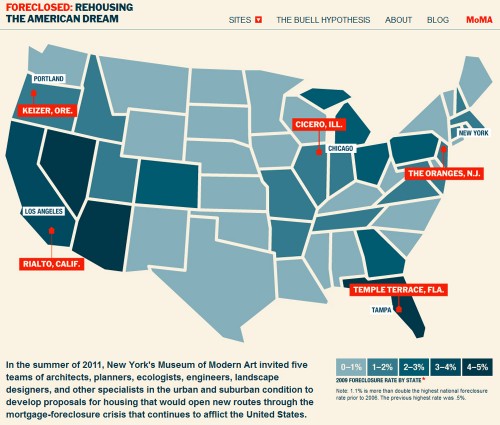 The current exhibit Foreclosed: Rehousing the American Dream is, according to the introduction, “an exploration of new architectural possibilities for cities and suburbs in the aftermath of the recent foreclosure crisis.” No doubt, a very important issue in the U.S. and we were fascinated by the title. 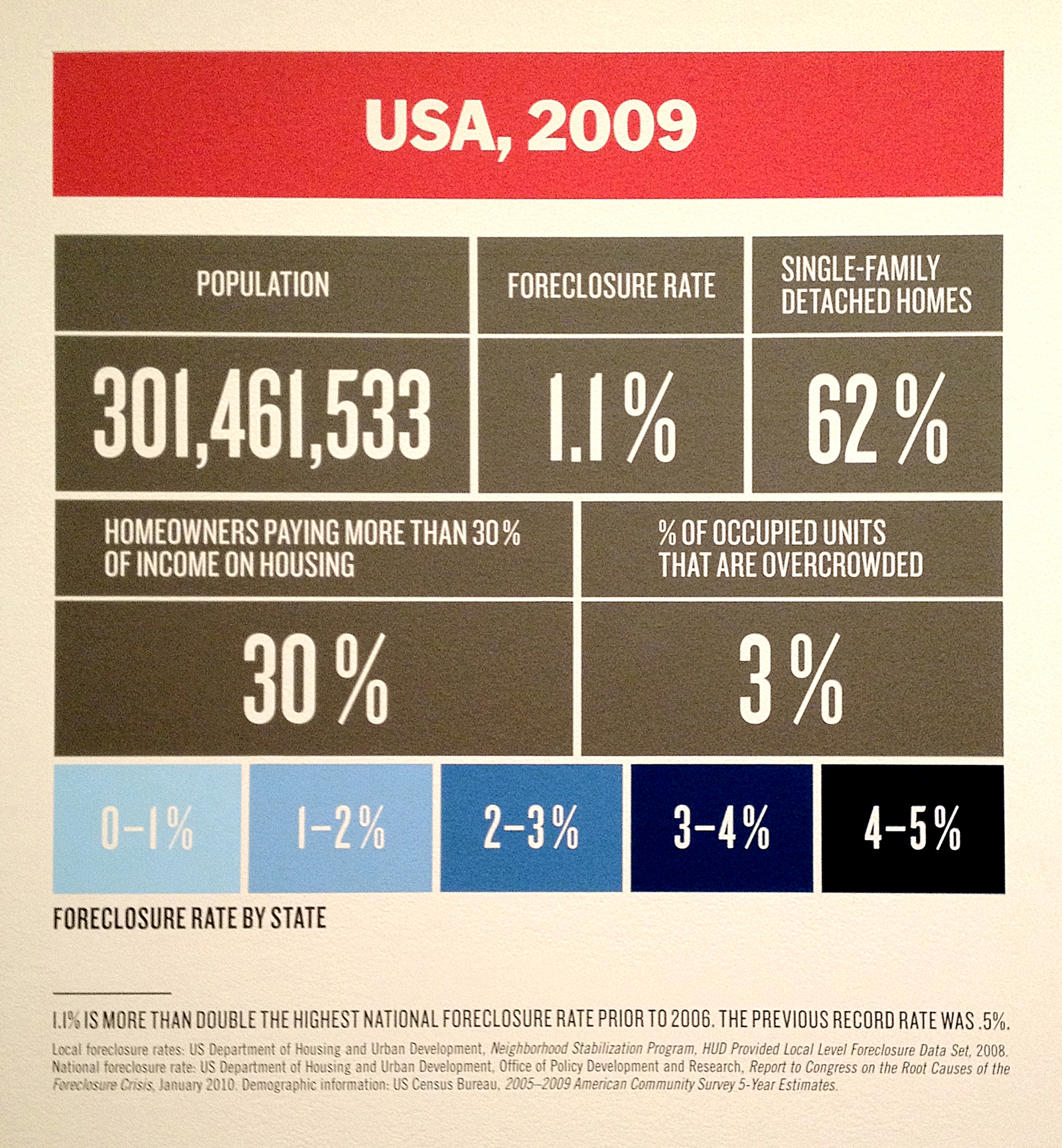 A study of residential foreclosures was conducted, a striking analysis was generated and five teams were enlisted to come up with solutions. These were not teams of artists, mind you. They were teams made up of architects, urban planners, ecologists, engineers, and landscape designers—professionals that you typical hire to develop answers. The show’s mission was “to come up with inventive solutions for the future of American Suburbs.” Great, we thought, let’s see some solutions! 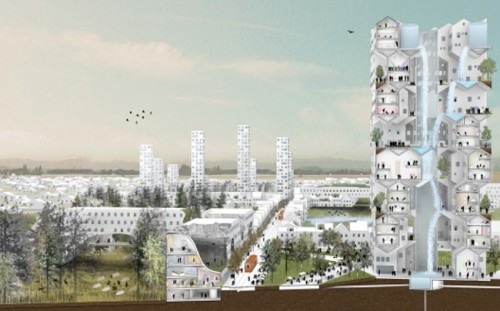 But just a few minutes into the exhibit and we wondered if we had taken a wrong turn back at the stark-white Mies van der Rohe inspired vestibule. Perhaps we had wandered into the surrealist room, or maybe we stumbled into a symposium discussion on deciphering nightmares. The models in the center of the room were disturbingly unrealistic; they all seemed to stem from dystopian visions of dense, industrial mega-plexes. Filling in the empty spaces, previously known as backyards, with geometrically arranged chaos seemed to be the priority for most schemes. The only thing missing were miniature figures from the film Blade Runner standing on lonely decks staring out over the vast disarray of their tiny surroundings. 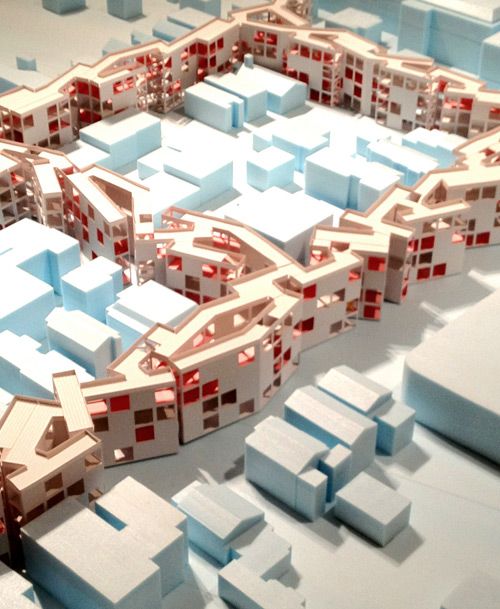 The images on the walls provided some refuge, but only temporarily. The teams had clearly started with a deliberate process, indicated by their mappings, studies, and diagrams. But something happened in the translation, something terribly unrealistic. The “solutions” looked more like an Anni Albers textile than the answers to the suburban dilemma in the U.S. 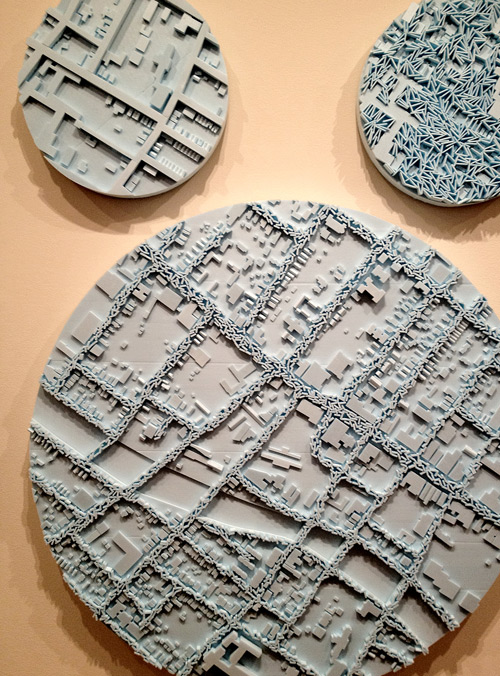 If a design exhibit based on something as banal as the American suburbs cannot be understood and digested by other architects, it doesn’t stand a chance at speaking to the cross-section of the American public—you know, the people who are actually living in the suburbs. Worse yet, exhibits like this are misleading people to believe that solutions like this are what architects do. It’s giving every-day, hard-working, house-purchasing people the false impression that architects don’t have both feet on the ground. Is it any wonder homeowners would rather just go to The Home Depot to accomplish that remodel than hire an architect? 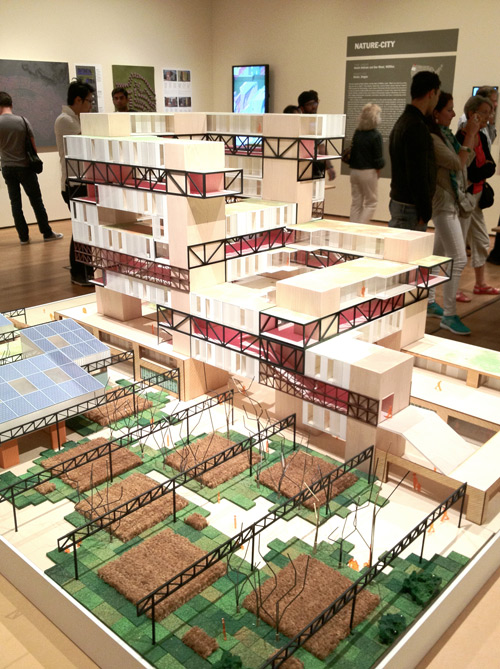 MOMA, you did more damage than good with this show and you continue to widen the gap between architects and the American public. You probably delayed the needed discussion on what to do with the American suburbs by decades. We should know better, we should have learned by now. After all, you’re not called the Museum of Modern Architecture, or the Museum of Modern Solutions. You’re a Modern Museum of Art, and regardless of the issues you choose to take on, or the title of your exhibits, the final product is always art. There’s nothing wrong with that in and of itself and there’s nothing wrong with art, unless of course you pitch the exhibit as “inventive solutions for the future of American Suburbs”. We propose that you change the show’s title to “Foreclosed: Artistic Impressions of Rehousing the American Dream.” Or maybe you’ve got some other ideas -let us know, we’ll be the ones in the bar tipping back Negronis. 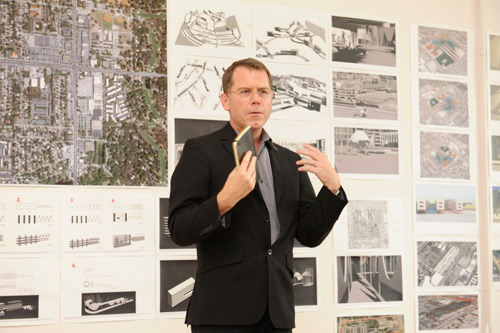 [Photograph by Don Pollard. © 2011 The Museum of Modern Art]

Keep both feet on the ground, and cheers from team BUILD