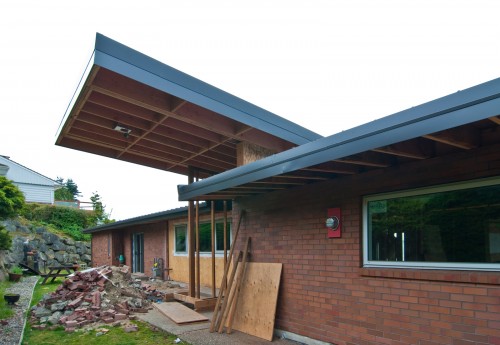 [All photos by BUILD llc]

With construction humming along on our mid-century remodel in Des Moines (the one south of Seattle), we figured it was a good time to take a look at some key techniques implemented on this project which have produced increasing returns and could be incorporated into future MCM projects. 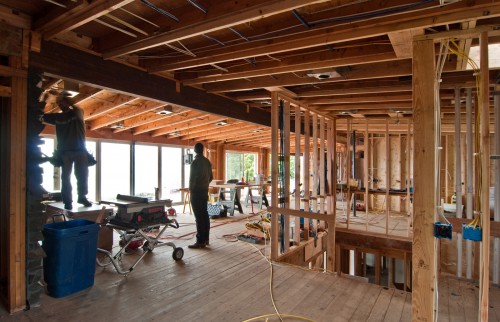 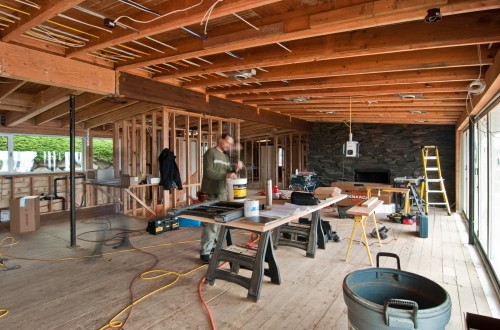 Keep the Fireplace
Maintaining an existing fireplace is a great way to hold on to the vintage character at the heart of the home. It acts as a timeless focal point within an updated space. In addition, the time and money saved by not demolishing it cannot be overstated. For the Des Moines project, the existing fireplace and surround functions as a magnet for gathering as well as a delineation between public and private space at the main level of the home. Also, those rocks are cool. 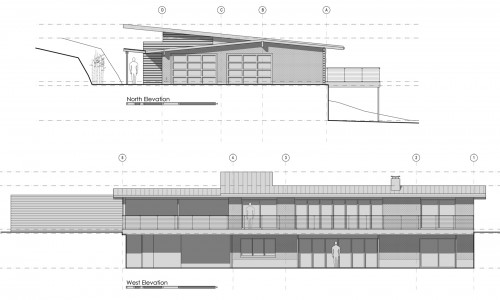 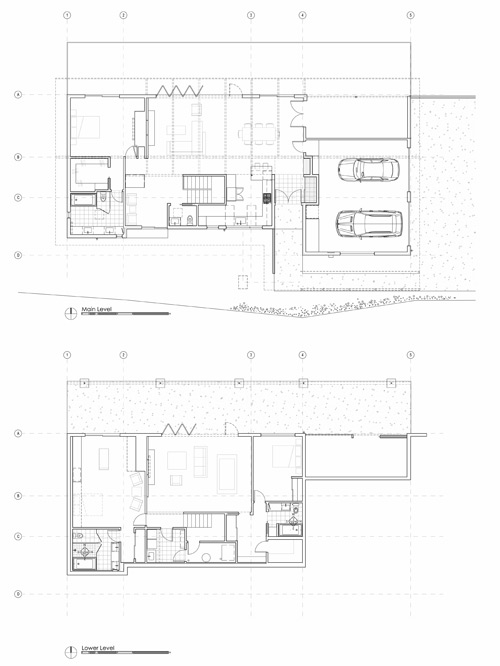 Extend Rooflines to Celebrate the Entry
Most mid-century modern homes are low slung, horizontal numbers. Don’t get us wrong, this is a fantastic quality to have, and for the most part, it’s something we strive to maintain. That said, most MCMs give little to no indication of where the front door is actually located nor how to approach it. By extending an opposing roofline at the entry, we can create a taller, more voluminous space which acts as a powerful, intuitive wayfinding signal for guests. This was a primary driver during the design process for this particular project; the owners were tired of guests attempting to leap across a ravine to the back deck. 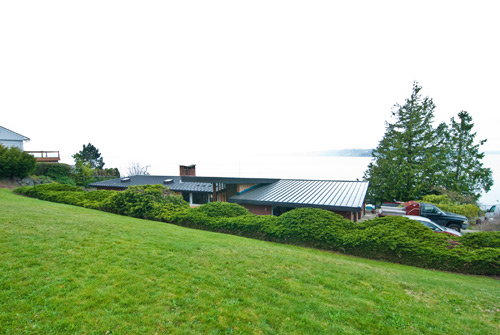 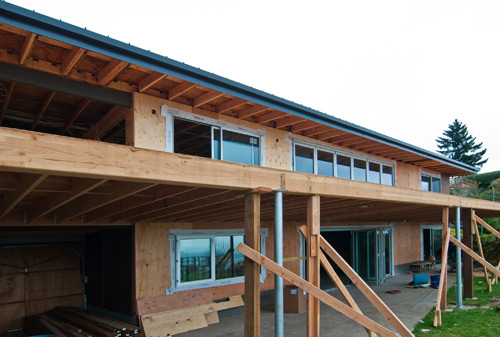 Maintain Lines of Structure and Move Walls at Windows/Doors
Although it’s not a technique we have employed extensively in the past, we’re excited about the possibilities of this one. The low roof line and deep beam at the west façade compromises the vertical opening for doors and windows. At the same time, we wanted to create an expansive opening between the living spaces inside and the deck outside. To accomplish all of this without moving the lines of structure (a costly move), the plane of windows and doors is moved just slightly outside the line of structure. This maneuver allows the windows and doors to act independently of the beams and columns. The end result is a sensible structural system with windows and doors that maximize every inch of height for indoor/outdoor flow.

Clean Up the Angles
Despite their general reliance on grids, we’ve noticed a number of MCMs with perplexing, unnecessary angles. In Des Moines, these angles showed up at the deck and the roof eaves. We took this remodel as an opportunity to clean up the angles and get back to the grid. While the changes to the roof were merely cosmetic, squaring up the deck made for a significant improvement in useable space. Previously, the deck tapered to slivers at either end that, while technically occupiable, were not functional. The new deck will help this home perform for another 50 years. 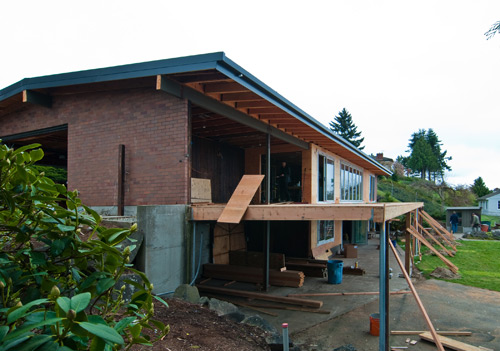 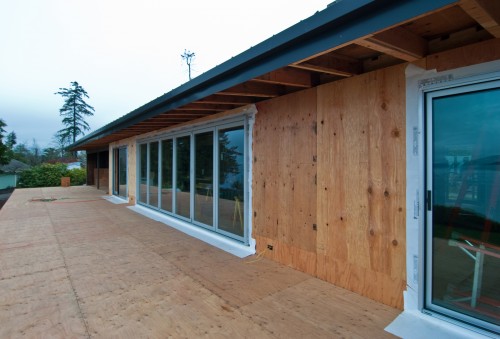 Open it Up
While we recognize the importance of compartmentalization, homes of the mid-century variety are at their most successful when the spaces flow. We tried to achieve this in two fashions: First, whenever possible, we enlarged openings—making windows larger, changing windows to doors. And at the interior, we took advantage of these increased apertures by stripping away unnecessary divisions between spaces and opening up to the view whenever we could. The result is a clearly defined public space, drawing users from an entry sequence, through a series of spaces, and finally, landing on an incredible view. 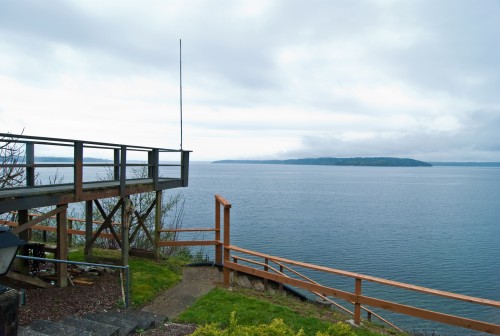 For some similar posts check out this, this and this.