Home 2012 April Is Graduate School A Good Idea For An Architect?

Is Graduate School A Good Idea For An Architect? 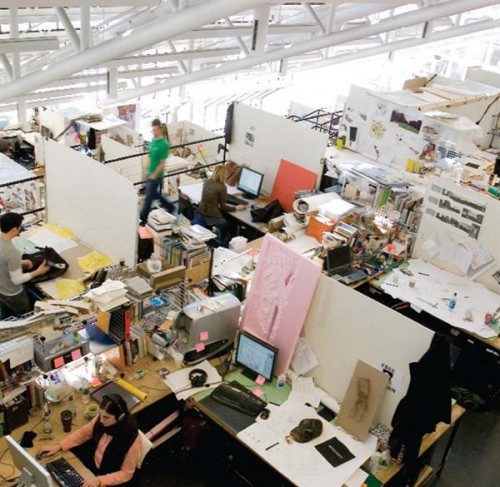 You’d be amazed how often we’re asked this question. Some of the inquiries come from current students, other times from recent graduates anxiously holding on to their bachelor’s degree, other times still, from the parents of students. The question is usually delivered with subsequent concerns about geographical location, finances and the state of the economy (all good concerns by the way). Answers to the question are dependent on many variables and vary greatly between one architect and the next. But given the subjective nature of the issue, we thought we would put it to each individual here at BUILD to answer for themselves.

The question of whether or not to attend grad school is typically framed by the cost. Often, the candidate is balancing the finances between the more reasonable tuition of state schools versus the higher tuition of private institutions. What most candidates fail to recognize, though, is the value of their own time. There are 2,080 hours in the average year, most of which will be dedicated entirely to graduate school studies. Not only is this a significant amount of time, but it’s likely to be the most effective time in your life. Grad school students are typically in their 20’s and full of energy. They’re usually free of the obligations of a family, a mortgage and all the other factors that would be a distraction to studies. At the same time, grad students have the benefit of an undergraduate degree and maybe a bit of professional experience; they know (or should know) how to focus and extract the essence from a grad school experience. In a nutshell, it’s extremely valuable time in one’s life. This is time that could equally be used to gain valuable professional experience, make tons of money, or travel the world. To me, it’s the value you place on your own time that should guide the decision of whether to attend graduate school, and if so, where. Going to graduate school shouldn’t be automatic, consequential, or as a matter of course. The desire to attend graduate school should surge through your veins. If the thought of architecture graduate school doesn’t absolutely and entirely excite you, don’t go. Do something else with that precious time, something that exhilarates you.

Explore a school in a new place.

There are multiple variables at play that don’t conclude in a cut and dried answer fit for everyone. First: Do you need to go to graduate school? Most undergraduate programs now are set up for the 4 years undergraduate + 2 years masters, so the track to become a professional architect requires graduate school to be in the mix. So for some, it may then become an issue of where and when. But an equally important question is: Do you want to? School is a commitment of both time and money, so those waters should be tread with both eyes open. Ideally, going to grad school should be about getting something out of the time there that you won’t get elsewhere. As for the when/where, my recommendation is to work for a bit after undergrad—somewhere between 1-4 years—and return for graduate studies after you’ve got some real world experience (and some money saved up). And, if possible, explore a school in a new place. Somewhere you could live, because it’s likely you’ll end up sticking around there for work or collaborating with people through your school network. As a college student, it’s easy and somewhat expected to be contained within an academic bubble. I think any education beyond that, in your adult life, benefits most from the influence of life’s realities.

My short answer is: It depends. Mainly, it depends on where you want to end up after school. One of the reasons I attended grad school was my undergraduate degree was unaccredited (which slows down the licensure process) and my goal is to become an licensed architect. An important question to ask yourself is: Do you want to become licensed? If you plan on graduating and entering the workforce and you have an accredited degree, I might suggest skipping grad school. However, if there is a specific subject you’re interested in exploring within an academic environment, find a school with a curriculum that supports your focus. An added benefit of grad school is the network. The friendships and connections made there can become an important link in your career. With all this said, I don’t regret going to grad school. I made some great connections and gained invaluable design knowledge that has been a benefit to my professional career.

Do you dig on theory?

As the only person on this list without an M.Arch, I guess I should have some sort of a unique perspective everyone is dying to hear. We’ll see if I can get there, but to start with, I’ll just say exactly what everyone else has said: It depends. Were you awesome and made the choice to receive a B.Arch, just like me? Congrats, you don’t need grad school. Now, even though you don’t need it, you may still want it. Do you dig on theory? Maybe a little bonus schooling would be cool. (Or you could save your money and just enter a few competitions instead.) Lord knows you won’t be able to indulge in your theoretical side once you’re in the urban, gritty, pragmatic working world. At least, that’s what Kevin keeps telling me. Andrew seems mildly tolerant/amused whenever I talk theory. KE prefers to go with a nice glare/scoff combo (which he probably picked up in grad school).

Hit that comments button and add your own thoughts on the thumbs up or down for architecture grad school.