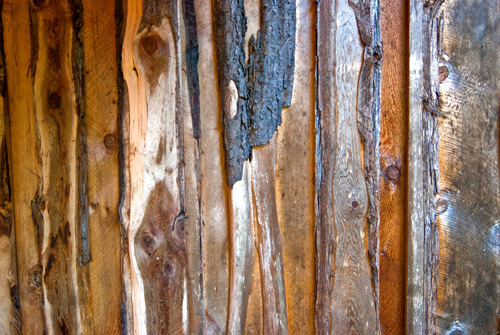 As you know, we love modernism around here; but modernism also comes with some baggage. There’s a tendency to think that all things modern must be stark and white and free from irregularity. And while this philosophy of modernism appropriately applies to designed objects in the vein of cell phones, cars and appliances, it doesn’t quite apply to everything in the built-environment. An authentic and honest connection to architecture doesn’t necessarily imply perfection. The connection may simply be a worn leather handle of a door or the mill-scale on a steel handrail. These  pretenseless and subtle details allow for a relationship to the work; they offer an understanding. Lately, we’ve been incorporating more of this into our own thinking: this idea of introducing more grit, more truth of material, and basically more nature into the work. 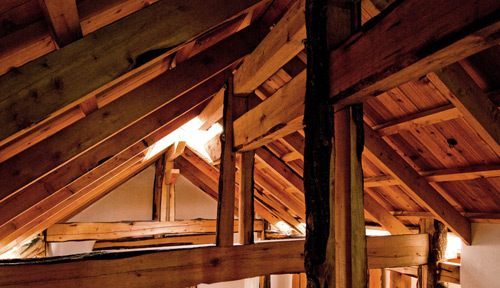 Allowing nature to play a more prominent role in the work is a delicate dance. The details and subtleties should still occur within the framework of a modern philosophy. More specifically, the structure is still rational, the form still follows the function, and the ornament, if any, still needs to be an expression of something purposeful. 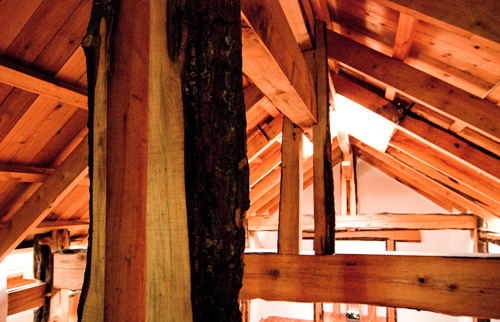 The more time we spend doing architecture and building, the more we realize that nature has, in most cases, already worked very hard to produce remarkable results. It would be a shame, for instance, to cover up the handsome grain pattern of a piece of hardwood. Additionally, over-designing the construction process to eliminate the naturally occurring variations in a concrete pour would be equally unfortunate. On the other hand, become too casual with these details, and serendipity rapidly deteriorates into an aesthetic of carelessness – it’s a balancing act. 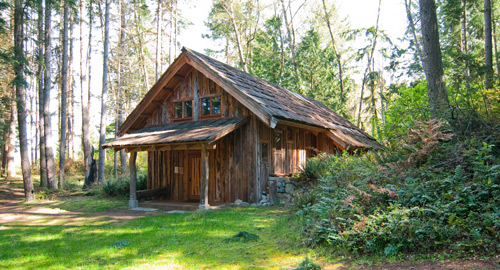 Recently we came across a structure that struck a chord in us with regard to this idea. Tucked away on the grounds of the Whidbey Institute, on Whidbey Island about a half hour north of Seattle, we came across this modest Sanctuary. While unassuming from the exterior, a peek inside opens up an entire narrative of carefulness, thoughtfulness and letting nature play a role. While we don’t necessarily consider the Sanctuary to be modern in a pure sense, it’s difficult to discuss the Sanctuary without talking about modernism.

At first glance the structure appears traditional in form, but upon deeper investigation it plays by many rules of modernism. Exposed floor boards sit on exposed purlins, which sit on exposed joists, which align with wall posts, which inform the window geometry. Everything lines up. Every element is an authentic expression of its functional role. The Sanctuary is everything it needs to be and nothing more. The builder even utilized some of the materials from the site to build the Sanctuary. Not only is this the heart of modernism, but also sustainability. 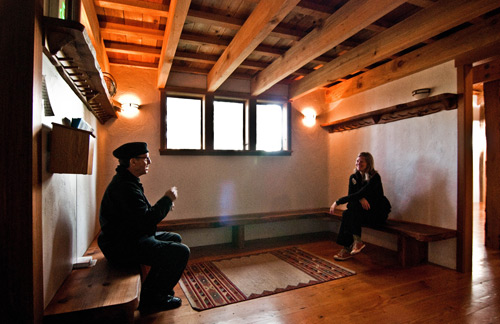 You may have noticed there’s an added level of poetry within the Sanctuary. The yellow cedar main framing beams are cut to certain dimensional sizes which allow the curvature of the log, the irregularities, and even the bark to sneak through on occassion. It adds a level of wonder and curiosity to the overall composition without compromising the principles of modernism. This move is performed only where it matters – at the main roof framing members where the visual is most noticeable and at the columns which can be touched, smelled, and studied up-close. The visual discipline that keeps this method from extending to the roof purlins and the smaller framing members is apparent; there’s an aesthetic code which is all part of the delicate dance. The designer was judicious, understanding precisely how far to go without taking it over the edge. And understanding when to let nature do the work. 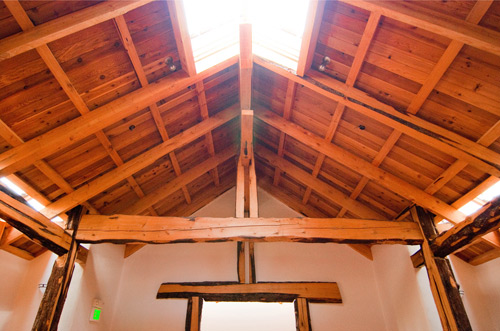 To create a strong architectural language, understand material limitations/possibilities with precision, and mill the lumber in addition to simply building the Sanctuary is a rare feat for a single individual. And the individual deserving this credit is the designer and builder of the Sanctuary, Kim Hoelting, who has our full respect.

And just a stone’s throw away sits a stone labyrinth in an open meadow, a fitting complement to the Sanctuary. 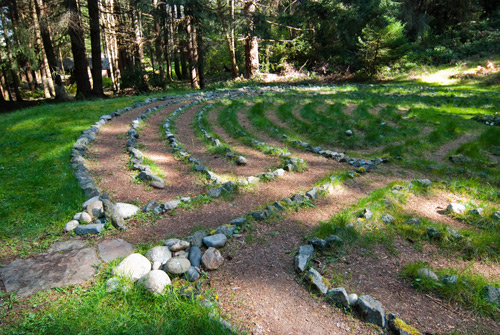