Home 2011 November On the Radar 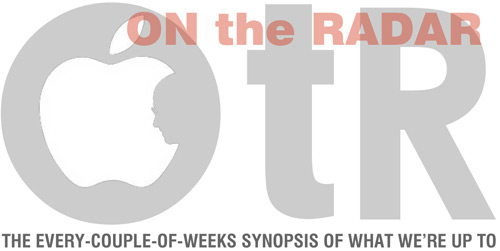 While we’re architecting, building and blogging we come across a ton of inspiring work. It could be anything from a sleek diagram to a great book. If it makes us tick, we tuck it away for our OtR series. We also get a lot of awesome recommendations from our design tribe. Here’s some stuff that been getting our gears spinning lately. 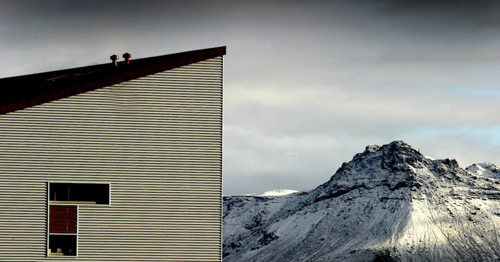 DESIGNing
CityFabric aims to engage people in conversations about their cities and we think their wall hung artistic maps are a great start.
-thanks to Nicole 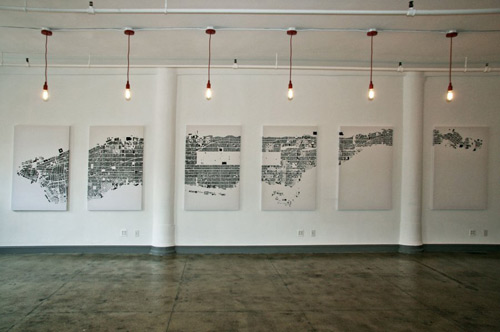 We find this series of film bowls by Brian Jewett fascinating.
-thanks to Brian 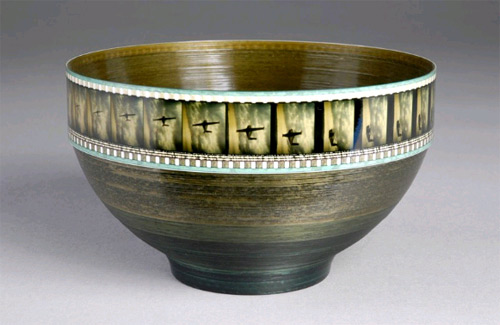 We’re big into biking around here and our buddy Donald just ordered himself up a hot piece of cycling design from the hot-shots over at R&E Cycles.
-thanks to the Donald 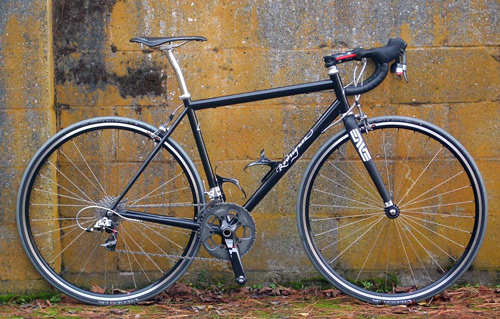 We recently came across the work of Hank Nelson who keeps a massive sculpture garden just north of Seattle on Whidbey Island. We’re already pulling strings to try and work a tour.
-thanks to Jerry 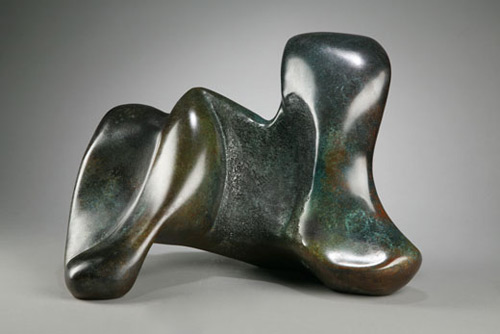 The Apple logo updated with the silhouette of Steve Jobs’ profile is one of the most powerful icons we’ve seen in a long while. The simple yet clever graphic is the work of sharp-shooter Raid71.

ARCHITECTing
Speaking of Steve Jobs, his unbuilt private residence was recently released and the plans (designed by BCJ) are fascinating and very telling of his design philosophy. You can expect a full blog post on this house at some point.
-thanks to Gizmodo

We’ve been in touch with our friends over at Kaplan Thompson lately and their work continues to raise the bar. Check out their commitment to sustainability for some clear, inspiring thinking.
-thanks to Jesse

The basics: build smarter and smaller, and carefully re-use the buildings that our ancestors built with their enormous effort and energy. 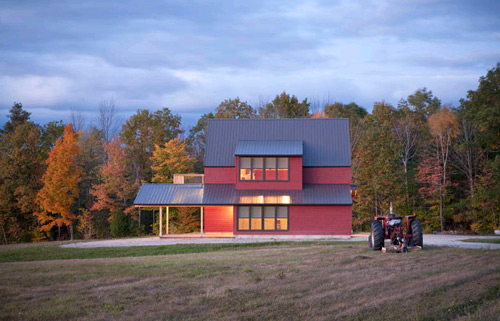 We’ve been inspired by the warm modernism of Dietrich + Untertrifaller Architekten lately. A tour of their work is always a refreshing confirmation of how good design can benefit the built environment.

BLOGGing
Project Massena Modern is a design & construction blog tracking the progress of our Bellevue residence, currently being built. The owners have a sharp eye for modernism and an admirable passion for design. Follow along and check out every stage of a smart modern home.
-thanks to Jay 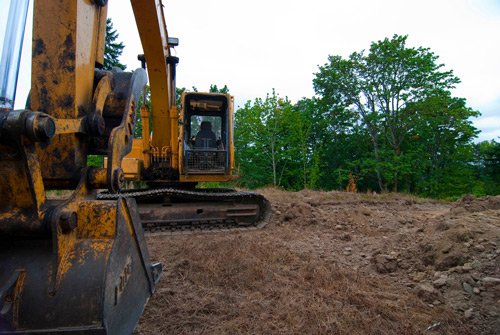 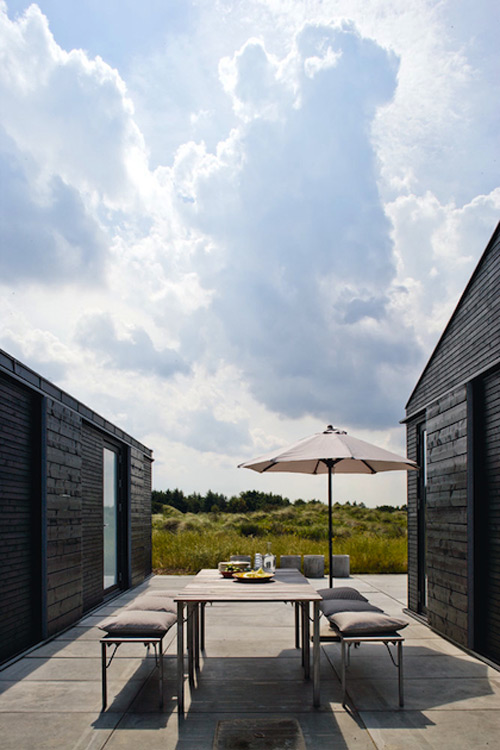 Oh, this is some nice visual candy
-thanks to Angela 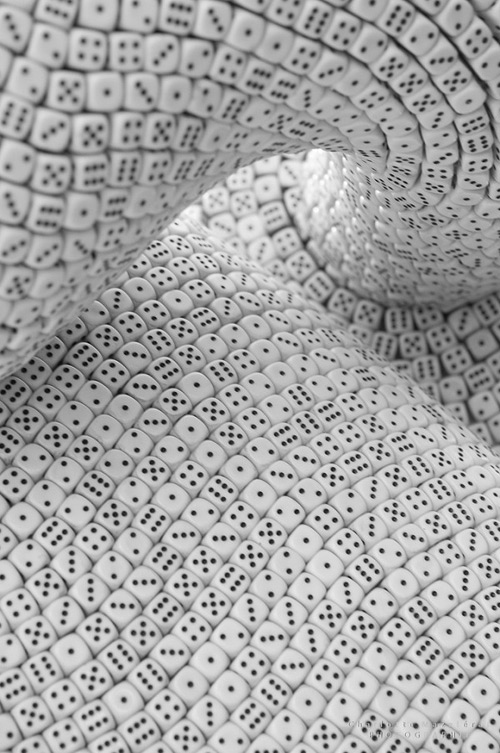 SPEAKing
BUILD is lined up to speak at this year’s Reinvention conference this December in Phoenix. We’ll be giving the scoop on design-build for our first lecture and we’ll be discussing social media for architects and designers at the second. For info and tickets, go here.

Seattle’s Space.city continues to put together inspiring evening lectures on architecture and design; on top of that they’re usually held in the Seattle Public Library. Keep an eye on these guys for some of the best speaking engagements in the Pacific Northwest.
-thanks to Brian 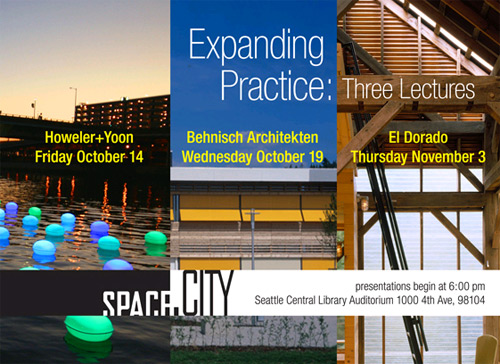 We’ve been pretty dang amazed with Siri (the voice activated iPhone assistant) and her quick witted responses. If you’ve got an iPhone 4, you’ll get a kick out of STSS blog.
-thanks to Aaron 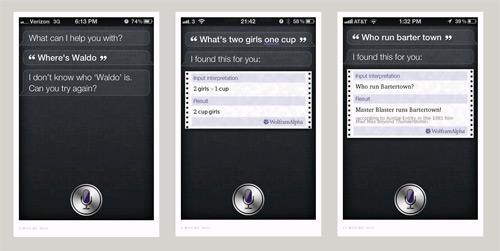 INNOVATing
The new Tesla Model S is not only drop-dead gorgeous, but it’s taking electric cars to the next level. The battery cells have a 300 mile range and are also used structurally to add rigidity to the cars undercarriage. With companies like GM still clanking away on this poop sandwich, Tesla is killing their competition.
-thanks to Ramiro 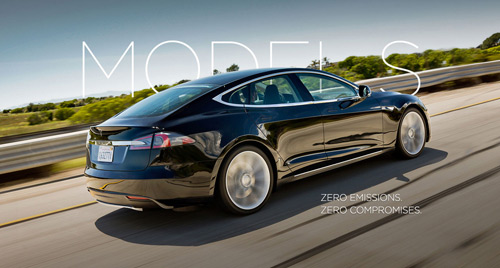 READing
We’re reading the full range of books lately, inlcuding: Steve Jobs by Walter Isaacson, Boomerang: Travels in the New Third World by Michael Lewis, Matterhorn by Karl Marlantes, It’s Lonely in the Modern World by Molly Jane Quinn and Jenna Talbott, The Power of Less by Leo Babauta, and the ARE Study Manuals (poor Duff)

DIAGRAMMing
Gapminder is incredible. If you have even the slightest inkling of data geek in you, you’ll want to watch this vid.
-thanks to Angela

SELLing
The Magnolia house that BUILD substantially remodeled years ago is on the market. It’s a great mid-century modern with all the 21st amenities.  Oh, it’s also got an in-ground trampoline. 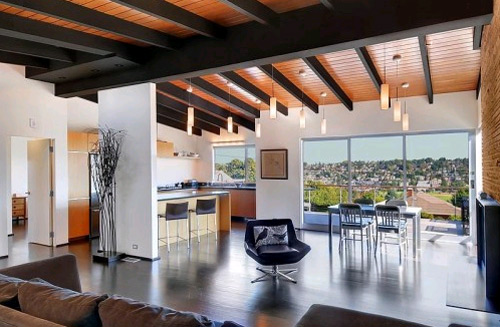 DEVELOPing
We’re big fans of architects that break out of the mold and develop their own projects. Check out the Kapela project by SD-squared in San Diego. It’s a great example of architects thinking on many levels; it also looks like a very cool place to live.
-thanks to Zac 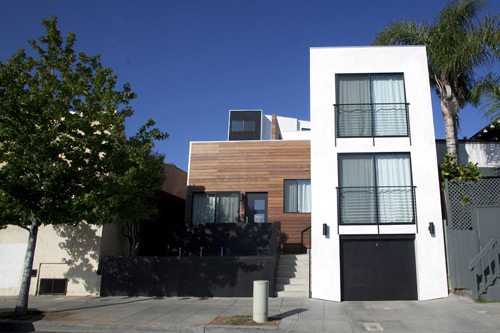