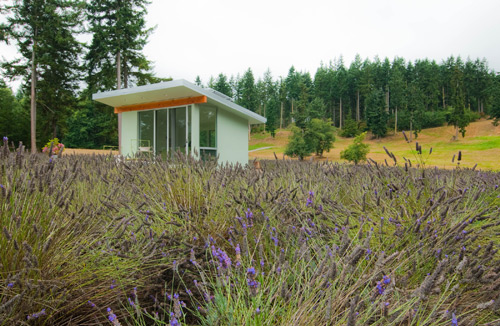 Not all architecture needs to have a specific purpose, in fact, architecture intentionally designed to be open to function and interpretation is quite important in the built environment. Such structures allow flexibility, evolution and creativity over time; they adapt to the changes in society and even “learn” to be purposeful as the environmental variables change. This “open source” design might be the most timeless architecture out there. 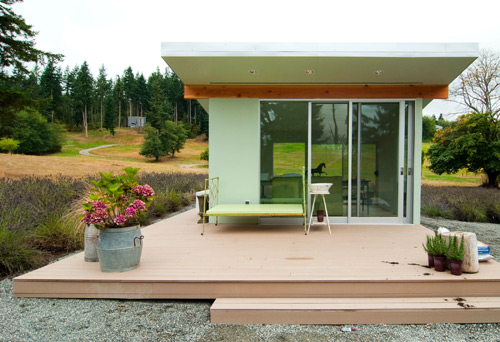 Recently, we completed an outbuilding on Whidbey Island that was designed with these ideas of open architecture. The outbuilding shares its site with a small modern cabin that we designed and built nearly a decade ago in collaboration with Patano Hafermann Architects.  The cabin is an efficient 800 square feet and houses a kitchen, living area, bathroom and sleeping loft. While the basic requirements of living are achieved within the cabin’s four tidy walls, there are additional functions desirable on a rural lot. It’s a slow process though, and it took time for the home owners to settle into the cabin and the land. In this case, it took years to explore the possibilities with the land and come to conclusions about how they want to dwell on the land. We couldn’t be happier about how the process has taken shape – there is sensibility and consideration with a measured timeline. 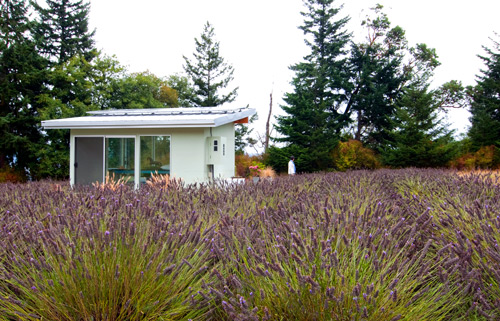 A work-life balance was established on the island, favorite views began to emerge and fields of lavender were planned. The outbuilding was designed both as a response to a developing lifestyle and in anticipation of nameless future roles. It currently acts as a potting shed, a place to take shelter from the rain, a tranquil place to work, a spot for an afternoon coffee, a discreet location to watch the deer wander through the property, and anything else that its simple plan can accommodate. 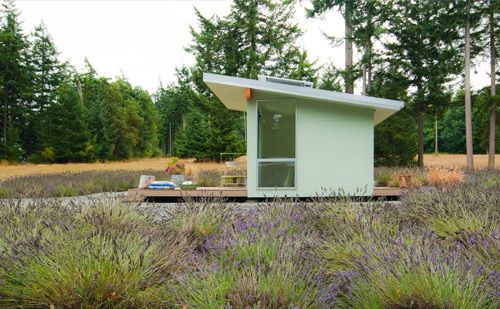 The design of the Outbuilding took shape as a simple shed roof, its angle opening up to the water and western view. The primary structural beam becomes both the expression of structure and of natural texture. Moving walls of glass in front and back allow for transparency through the structure; in pleasant weather they allow the floor plan to take advantage of small decks on each end. Simple shear walls are everything they need to be and nothing more. In the evenings, the simple structure glows like a lantern. 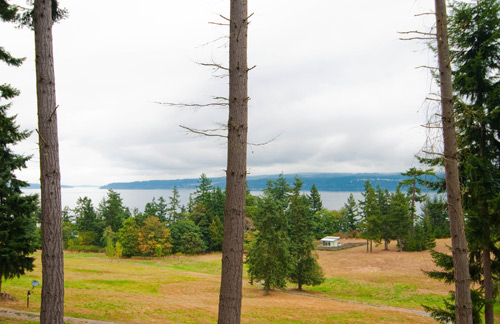 The siting of the Outbuilding is remote enough that its power supply is off the grid. Solar panels on the roof power batteries (the appendage on the side of the structure) that back-feed the electrical panel. This 320 Watt photovoltaic system by Whidbey Sun & Wind provides enough power to supply the lights and outlets. 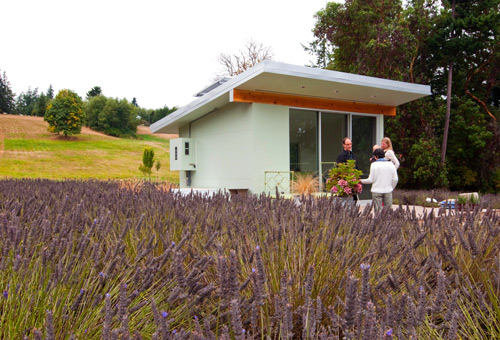 In a built-environment that’s becoming increasingly defined, there is something refreshing to us in this simple, modest project. It speaks about an architecture of openness, an architecture that is easy to understand and useful. We’re looking forward to checking in with the Outbuilding in the years to come, to see how it evolves and adapts to the world around it. 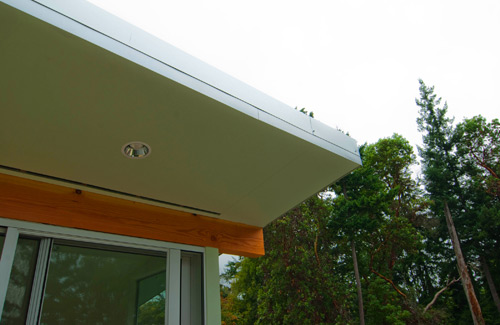