Home 2011 October The Value of Design

The Value of Design

Ever heard the story about the John Hancock Tower in Chicago? It goes something like this:

In the late 1960’s, when the construction was far enough along on the 100-story John Hancock Center, the developer began strategizing about how to best sell, lease and rent the tower’s residential and commercial spaces. But there was a problem; many of these spaces sat behind steel cross-bracing –a structural feature required of the building’s lateral system. These structural cross-braces are located on all 4 sides of the building and span from one end to the other; they impede views, they interfere with the clean orthogonal grid, and sometimes they eliminate entire windows. The developer feared that these spaces would be difficult to fill  and, even if tenants could be found for them, it was likely that the developer wouldn’t have much negotiating power given the massive diagonal steel brace slicing the view in half. What to do… 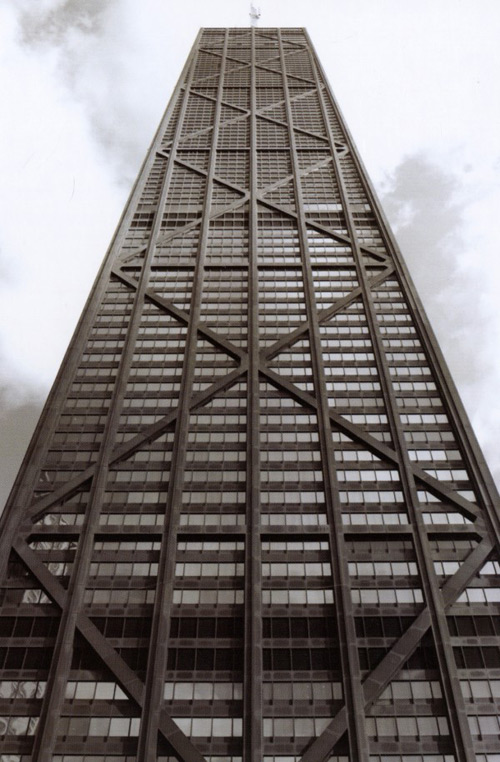 And then someone came up with a brilliant idea. They proposed that the developer charge more for the spaces with the cross-bracing. You see, these rare spaces posses a piece of the buildings unique character. Rather than being undesirable, these spaces were special, the cross-bracing made them more valuable. So the developer applied this strategy and not only did tenants pay more for the offices and condos behind the cross-bracing, but these spaces were the first to go. Tenants who came late to the party were disappointed that they missed out on getting a piece of the building’s distinctive structure. Very clever.

As an architect or designer, you have more influence over the value of design than you might think. Creating a narrative and telling an interesting story about the product is just as much a part of the end result as the design itself. Designs shaped by meaningful experiences and strong ideas have the potential of being more valuable. Maybe that value is realized in a higher price point, maybe it translates into a larger scale of replication, or maybe the value is the proliferation of other people telling your story. Whether a design has value and where that value resides is significantly influenced by its author; the designer has a profound influence on the value of design.

It doesn’t matter whether it’s industrial design, landscape design, architectural design or  widget design. Excavate the process for a good story, allow the enthusiasm and rigor you have for design to saturate the narrative. Right now (50 years after the original story) there are people in the John Hancock tower who aren’t bothered by a cross-brace blocking their view; instead they have a special piece of the building in their office. It’s the same piece of steel, just a different narrative they have in their head –a narrative that gives the design much more value.