A Guide to Architectural Trellis Design 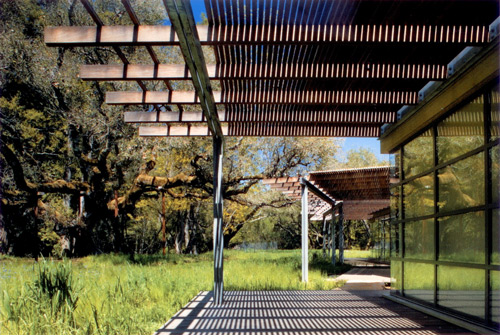 BUILD is in the thick of a couple of projects that could really benefit from an entry trellis system. We like trellis systems for a variety of reasons:

1.    They announce the entry and create a means of way-finding to the front door.
2.    They formalize the entry sequence.
3.    When built with natural woods and lit correctly, they tend to warm up the façade.
4.    If detailed correctly, they can provide cover from the elements.
5.    They bring a level of intricacy and detail to a project.

Whether a project benefits from a trellis system depends on a handful of variables unique to each site; the projects we’re currently cranking away on could use a healthy dose of the qualities mentioned above. Some of the remodels have existing front doors that are difficult to find, while others have rather dull existing elevations facing the approach. Often times the owners have needs that can be achieved with a trellis system; some want a covered walk from a detached garage to the home, others seek a remedy for the informality of existing site conditions. 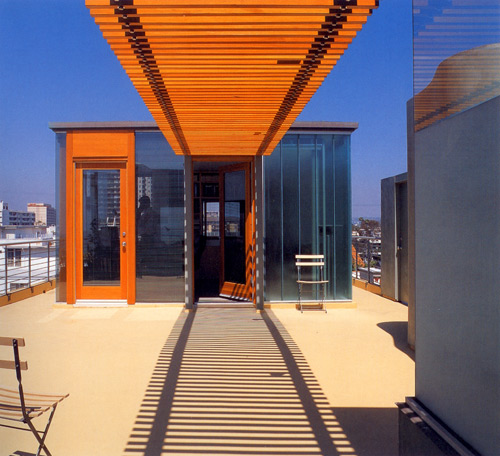 Trellis systems are commonly associated with climbing plants, which can be a spectacular show in the spring when wisteria and clematis bloom or in the fall when succulent bunches of grapes hang from the vines. Trellis systems also look handsome without plants; we think the trellis can be an architectural element all on its own.

It’s been a while since we included a trellis system in a project and we dove into some serious research and information gathering. We found so many informative examples of trellis systems, in fact, that we thought you’d get a kick out of seeing them. We’ve titled this post “Architecture” Trellis Design very deliberately. These aren’t simply garden arbors or lattice screens, these trellis systems are an integral part of the building’s architecture. If the trellis were removed from the site, the project wouldn’t look complete.

…but enough jabbering, let’s get to some case studies and the solutions that BUILD came up with. 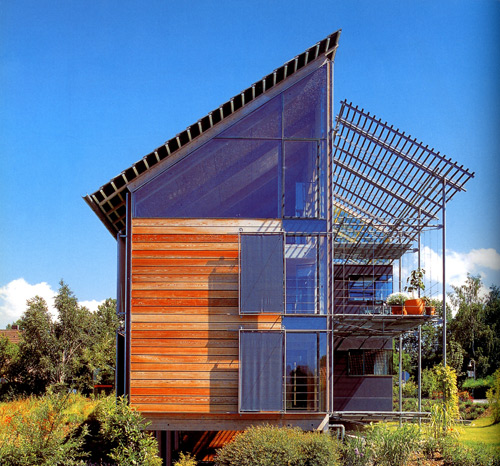 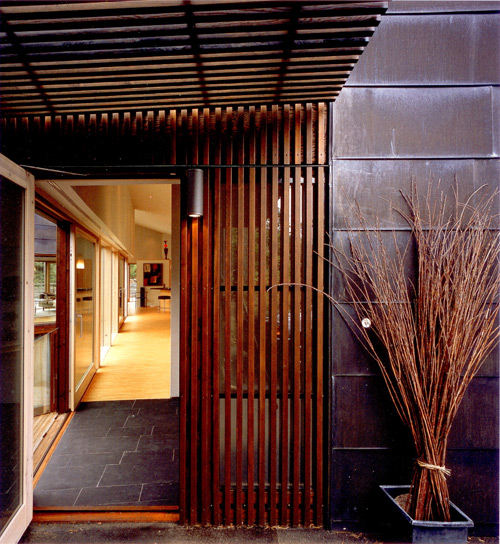 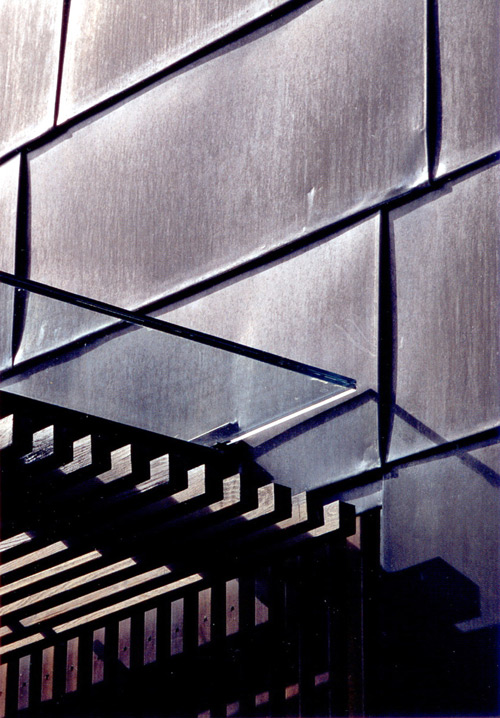 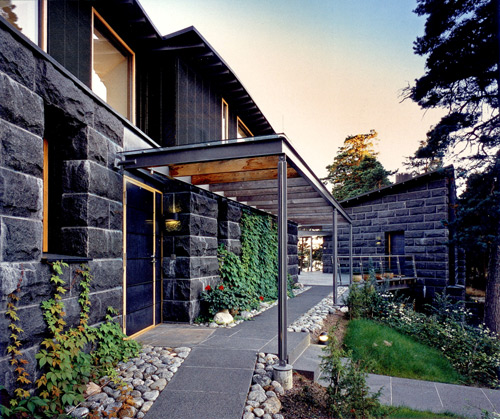 [Villa Vetro designed by Pekka Helin, photos by Per Nagel] 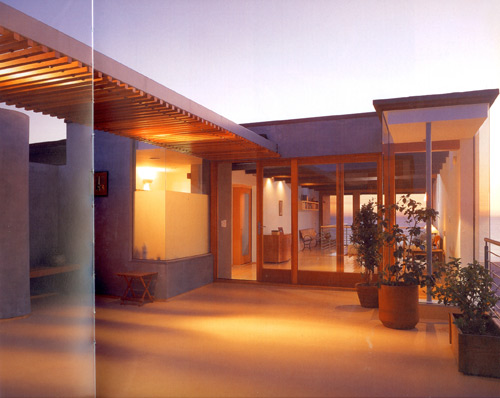 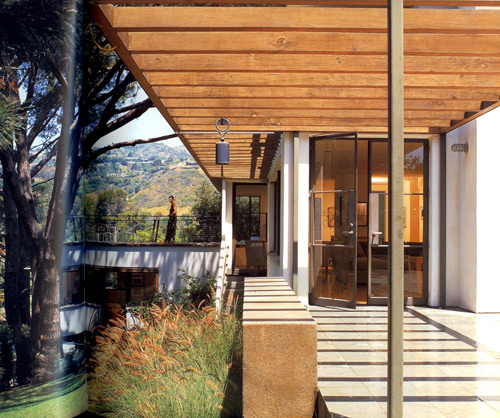 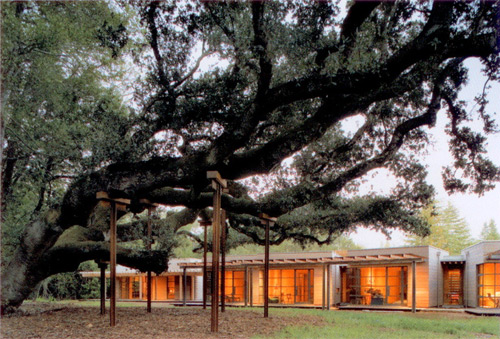 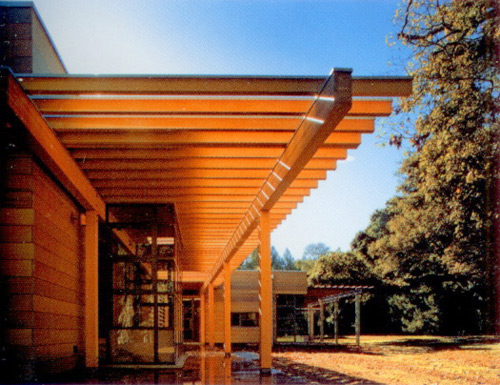 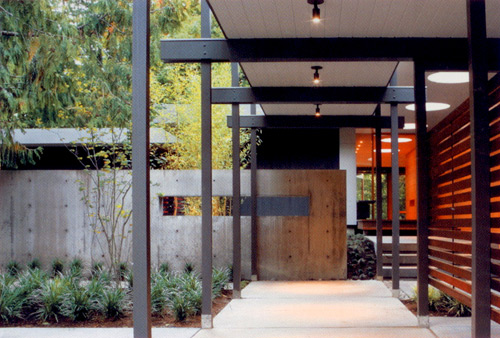 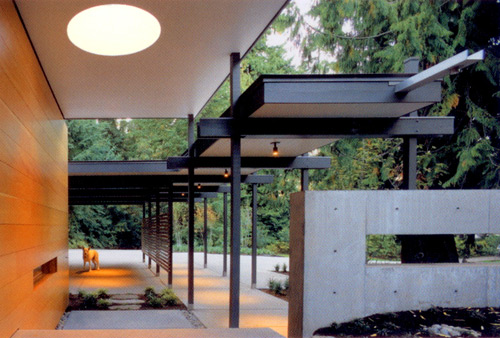 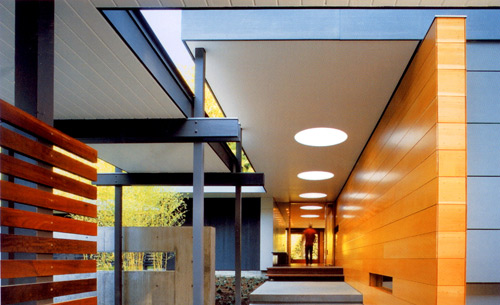 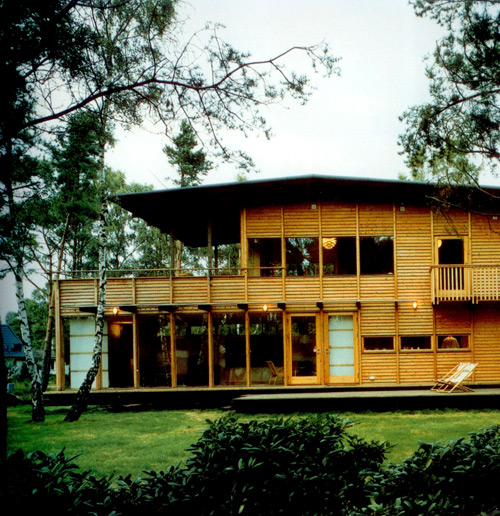 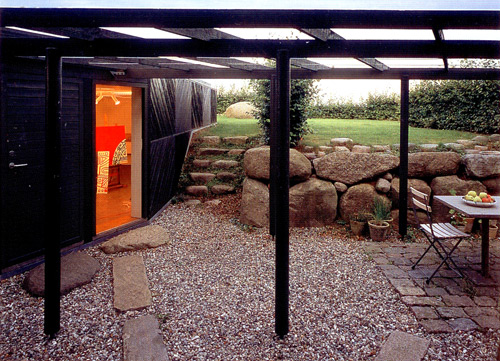 [Dissing Residence designed by Hans Dissing, photos by Per Nagel] 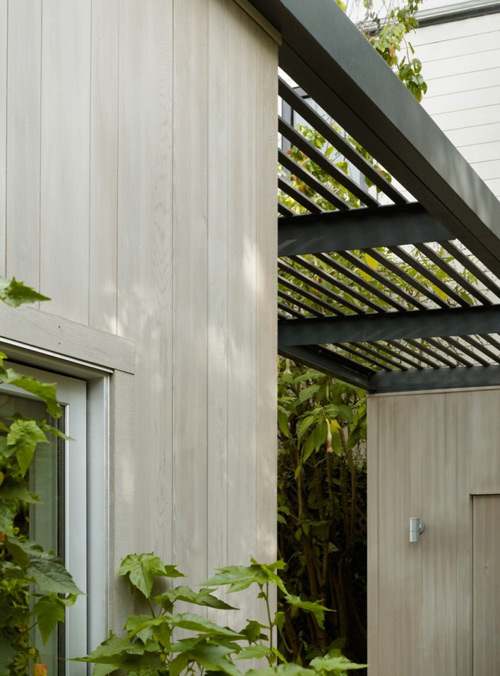 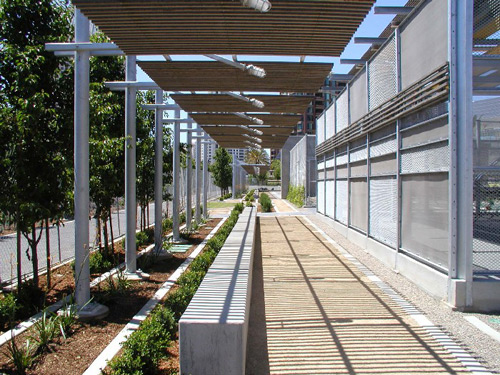 In trying to be efficient and effective with trellis design, we’re working on a standard design that could be applied to several projects and modified for unique conditions. For instance the trellis system we’ve detailed below includes a solid translucent sheet to protect the walkway from the elements -this item can easily be removed from the detail to produce an open trellis system more accommodating of vines. These details will be on site soon and we’ll keep you posted with construction and completion photos. 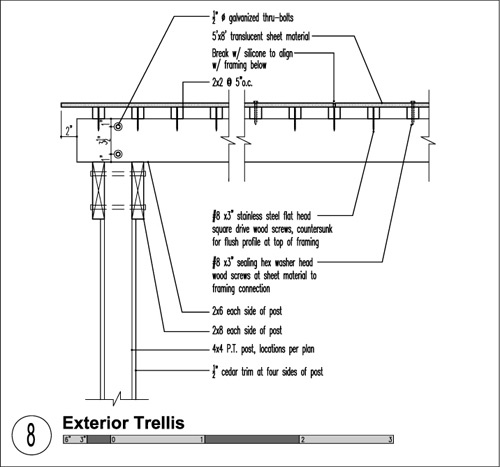 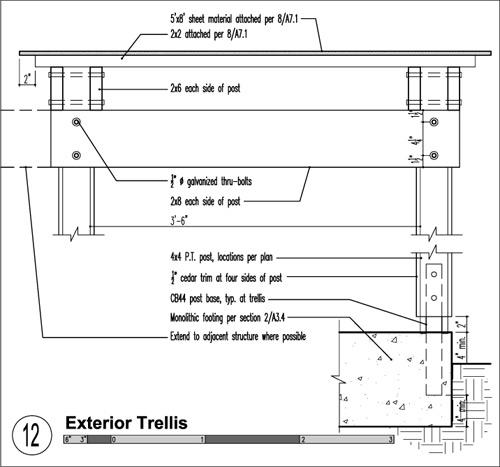