As part of our ongoing Book Report series we’re focusing on BIG books for today’s post; books so BIG that you’ll wish you had a flatbed truck to get them home from the office. Here are the 3 that have been taking up serious space at the BUILD World Headquarters lately.

Case Study Houses, The Complete CSH Program 1945-1966, $147
Taschen
If books were food, this would be the Fred Flintstone steak of meals. The Complete CSH Program focuses on the original 30 homes designed and built from 1945 to 1964, and while the essence is definitely mid-century modern, the concepts and imagery should appease modernists of all flavors. All the MCM biggies are represented; Neutra, Eames, Ellwood, Koenig and perhaps most importantly of all, Julius Shulman -the powerhouse photographer behind the program. The 440 luscious pages are rich with information, ranging from architectural renderings, floor plans, magazine covers and full spread photos of the completed works. This isn’t just a coffee table book, mind you; this one gets used like a tool. These 30 houses contain the basic DNA of good design in the modern world -60 years later nonetheless. The Complete CSH Program is important on many levels; it thoroughly documents one of the most important modern movements in western architecture, it also makes a bold statement that architecture is about more than sexy images –good architecture is about things getting built. If the 1.5 Benjamin price tag scares you off, it’s also available in the 25th Anniversary release for $70. 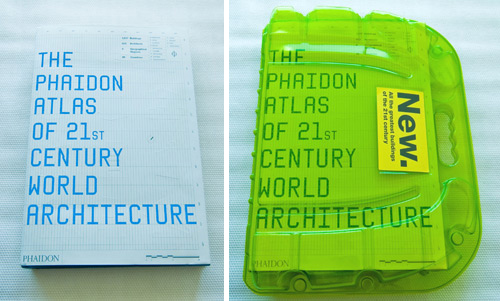 The Phaidon Atlas of 21st Century World Architecture, $195
Phaidon
This book is a lot like a boat (both in mass and in nature); it’s nice to know someone that has one, but you wouldn’t want to own one yourself. It’s big, ginormous actually –it weighs 14.8 pounds. It takes work to maneuver it around, it requires valuable moorage space and, regardless of how great it looks, you never seem to actually spend any quality time with it. Don’t get us wrong, it’s a hell of a book; on the couple of occasions when we’ve schedule a bit of time to navigate its 800 pages, we’ve been blown away. We like the color coded pages for each region that clearly illustrate the enormous whooping that the U.S. is getting from European architecture. It’s also extremely thorough; if it’s hot and modern, it’s in there. And it’s comprehensive; we were just wondering how modern architecture is faring in Tasmania. But at the end of the day, you only take it out when you’re showing it off to other people. Because of sheer bulk or maybe the intimidation factor, the volume spends an inordinate amount of time parked in the harbor –perhaps this is why it comes encased in a slick neon green carrying case. The clever folks at Phaidon seem to have predicted this, and they also publish a compact and abbreviated travel version for an easy $25. 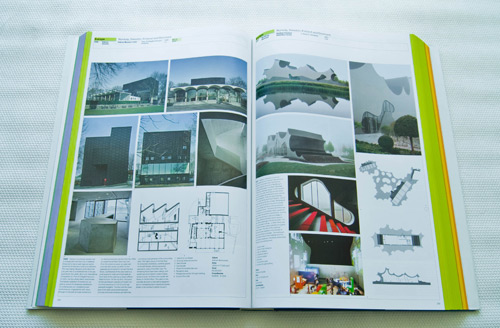 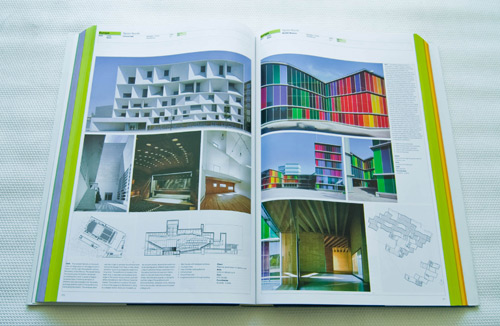 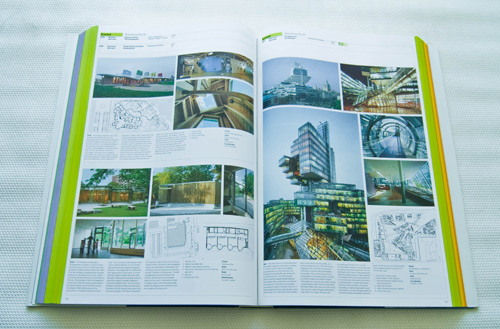 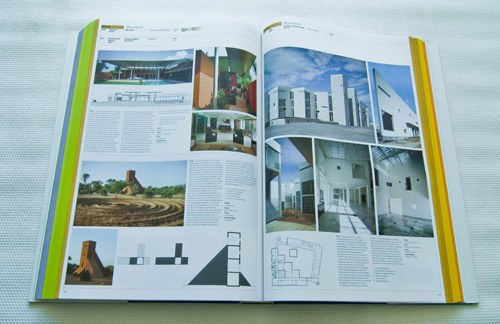 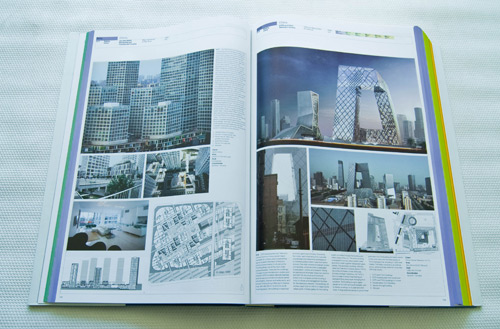 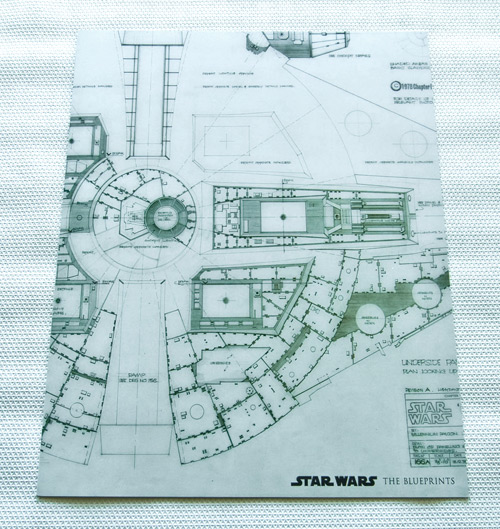 Star Wars: The Blueprints, $450
Epic Ink Books
We’re not even Sci-Fi geeks and this book brought out our inner Star Wars nerd. The 336 pages cover it all: set photos, insights from the production crew, special effect techniques, Harrison Ford gettin’ all Han Solo-ed out, and more original blueprints than you can swing a lightsaber at. One might think that looking behind the curtain of a production as epic as the Star Wars series might dilute the fantasy –quite the opposite. It pushes the geek-ometer to 11 and before you know it you’re rifling through your storage unit looking for your X-wing fighter. This is a phenomenal book and one of the greatest testaments to creativity in our solar system. Whether it’s worth 450 galactic units to you is another question entirely, though. Many will just be glad to know it’s out there, others (who have most likely dressed up as a storm trooper at some point in their life) may find this book to be a valuable addition to the Jedi section of their home library. 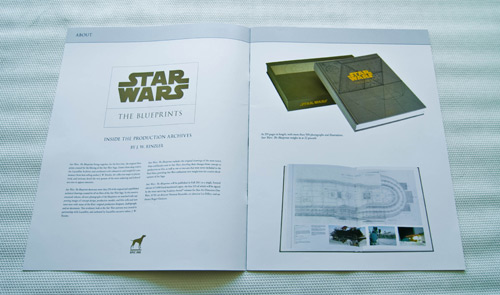 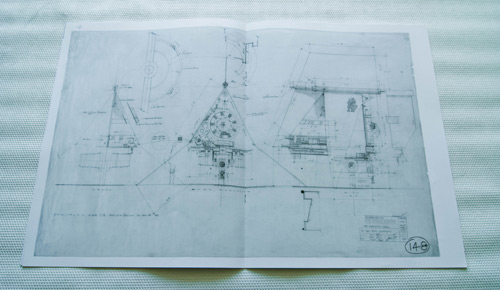 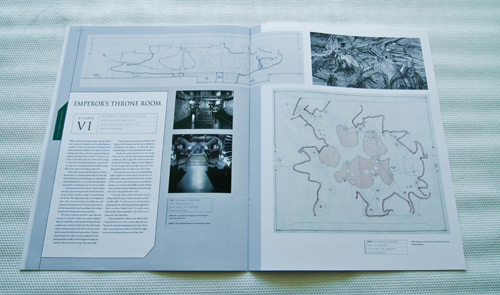 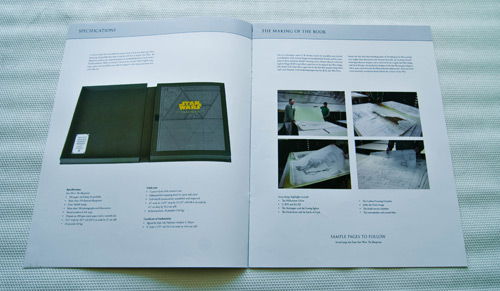 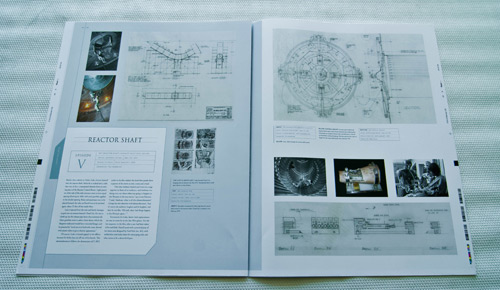 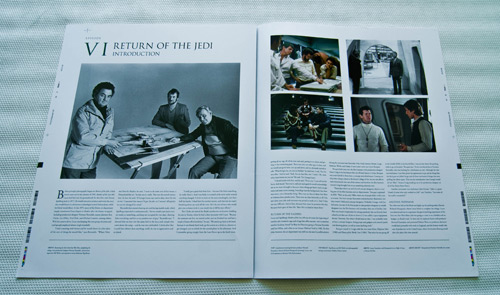 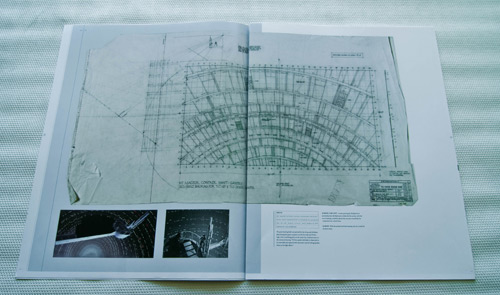 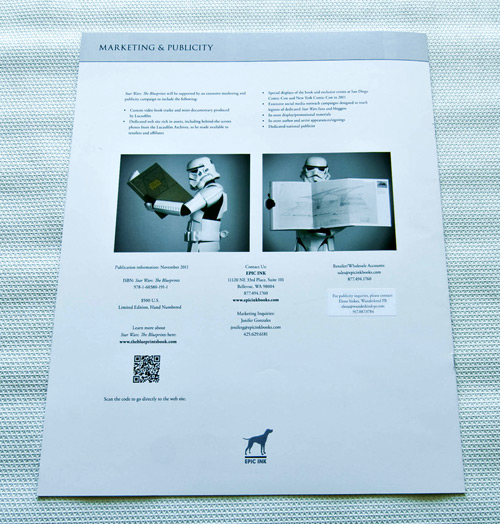 A QUICK NOTE: We adamantly support local bookshops and are loyal supporters of urbanism and community. We encourage you to vote with your money and support exceptional book stores like Peter Miller Books in Seattle, William Stout Architectural Books in San Francisco, Powell’s Books in Portland and many more around the country that foster culture and community.

A QUICK DISCLAIMER: We don’t read all of these books from cover to cover -as we’re very busy designing and building things most days. Our reviews are based on a variety of aspects such as how we use the books in our office and how often they end up open on our desks (as opposed to passively sitting on the bookshelf). The reviews are often based on skimming the books or mining them for specific information. We’re not professional writers or book reviewers; we’re just architects that can’t stop talking about architecture.

Got a book suggestion or want to involved in the play by play? Hop on our twitter account.