We’re currently working on a project that involves a steep slope and, as part of the design process, we’re looking at ways to not only take advantage of the slope, but to employ the slope to have a significant role in the architecture. Rather than simply resolving the slope with the structure, there are great opportunities for the design to be a better house because of the slope. Maybe this means embedding the structure into the ground, maybe the house floats above the grade, cantilevering out over the slope –either way the structure should have a strong relationship to the geometry of the ground; the design should be deliberate and mindful.

The explorations for this particular project brought to mind several architectural examples that are inspiring in their relationship between structure and ground. Today’s post highlights 5 of our favorites.

Church of St. George in Ethopia, early 13th century
It’s fascinating to think that the material for this entire project was there all along; the architect’s job was simply to remove the appropriate volume of earth in the appropriate places. We love that the building isn’t even apparent on the horizon line. 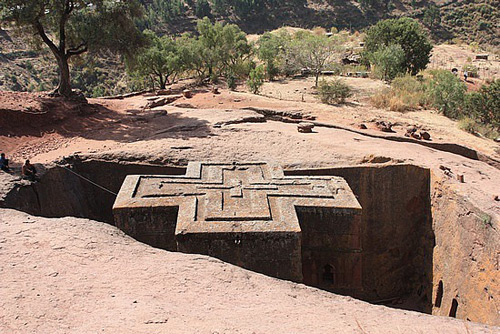 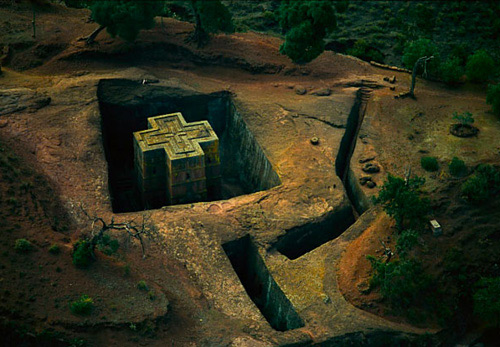 Belvedere Gardens Mausoleum in Salem Virginia by smbw architects, 2004
This remarkable project is the work of master architects. The design delicately carves away the earth and deliberately places a sequence of architectural volumes creating a path of experiences. The simple yet powerful rhythm is captivating and we appreciate that the last layer to be removed exposes a water element below. Design this moving is rare and that it is a mausoleum is very inspiring. It seems something would be lacking within the landscape if this project were not here; it belongs. 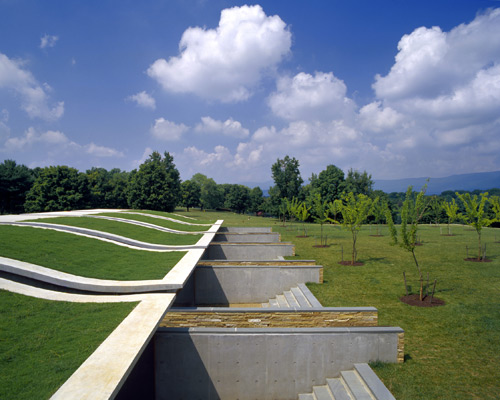 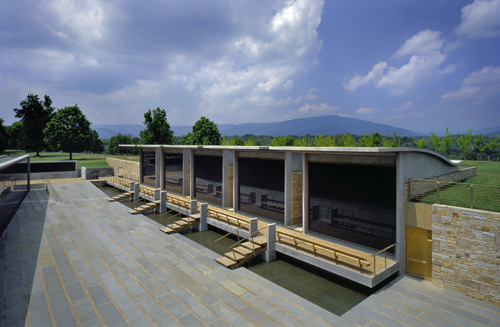 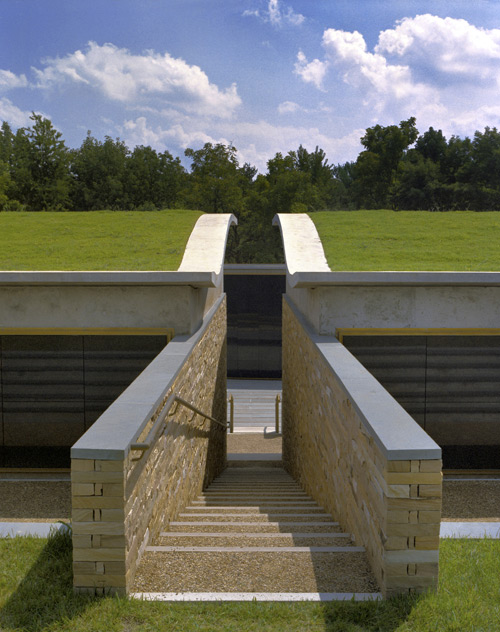 Visiting Artists House in Geyserville California by Jim Jennings, 2003
The design makes a concise incision on the earth’s surface and a pair of elegant concrete retaining walls creates habitable space between. A brilliant design created by just two lines. We also like that the structure provides hints to the approaching viewer.

Olympic Sculpture Park in Seattle Washington by Weiss Manfredi, 2007
It’s hard to distinguish where earth becomes building, overpass or amphitheater as the slope winds down to meet the Puget Sound. The park was clearly designed with a much broader notion than just the facility itself; views of the city, Sound and mountains are revealed from different perspectives and heights along the path. Both fascinating in concept and in experience, the Sculpture Park continues to be an infectious piece of publicly accessible design. 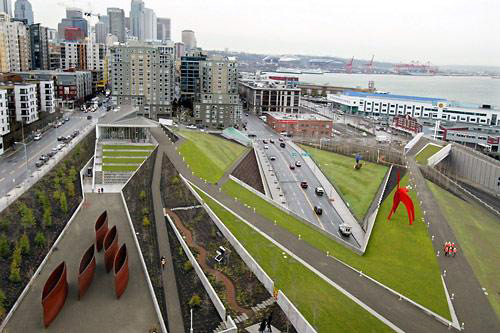 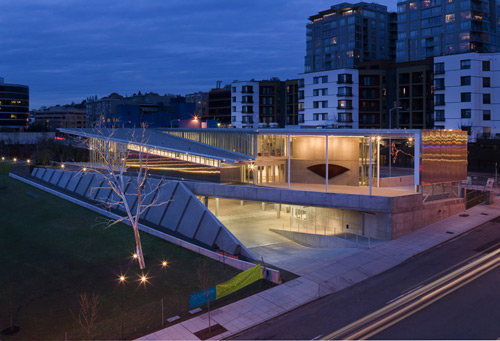 Tolo House in Portugal by Alvaro Leite Siza, 2005
Following the earth’s downward slope, the structure opens up to terraces, windows and gardens. The structure’s many volumes evoke curiosity, wonder and speculation about how many concrete trucks were involved. 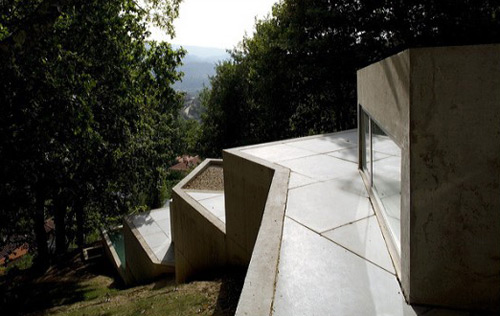 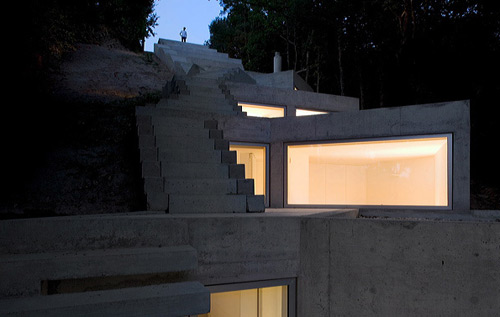 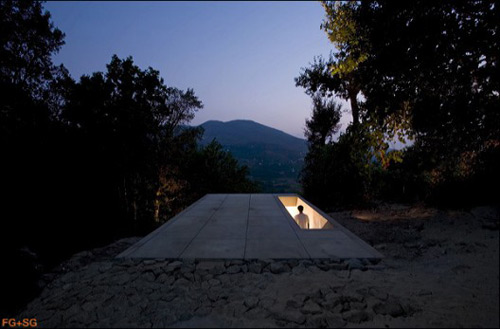 Let us know about your favorite examples of harmony between earth and built-form.