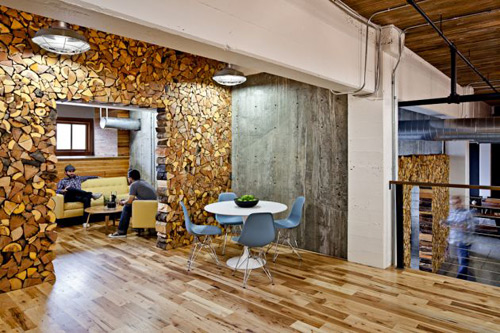 Lately we’ve been working on a new interior architecture package for a social media start-up company here in Seattle. It’s been a ton of fun because the program calls for problem solving that’s in our skill set, yet the nature of the project is different enough to make it challenging. In addition to a range of programmatic office related functions, the design extends to some cool territory. For instance, making the space visually stimulating enough to attract new recruits, keeping a tribe of sharp-shooting programmer types inspired, and giving individuals the physical means to creatively express their personalities and what they do. Overall, a pretty dang cool project. Throw in a clever CEO willing to take some design risks and team BUILD is off to the races. 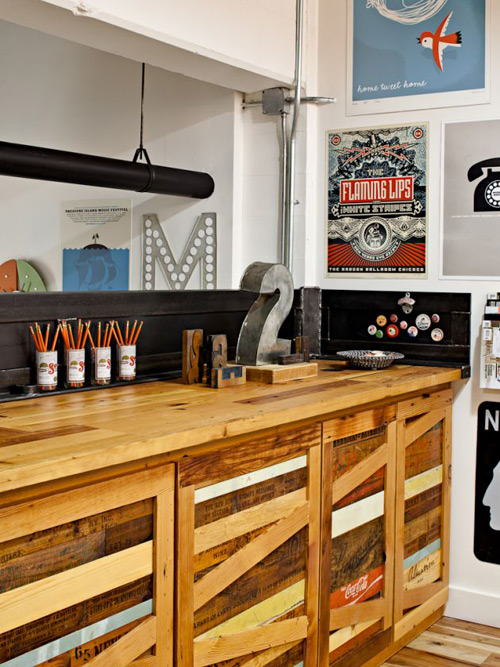 Like any project, we savor the information gathering phase. It’s a unique time within the design sequence when we get to explore and wrap our heads around everything that’s been done lately. This project has been particularly significant because of the spectrum of possibilities we’re seeing from internet and social media companies out there. It’s no longer distinctive enough to walk in and see a foosball table in the lobby, and it seems that the bar is being raised daily. Today’s post is a collection of innovative office spaces organized into a list of ten important characteristics which keep popping up in the designs we admire most. If you’ve got some favorites that we didn’t uncover, hit that comments button and send them our way.

01. Grittiness
The Parliament headquarters does an outstanding job of giving the space a tangible, warm feel. The soda crates and weathered boards lend a nice recycled feel to the surfaces and the play between lumber and firewood is brilliant. 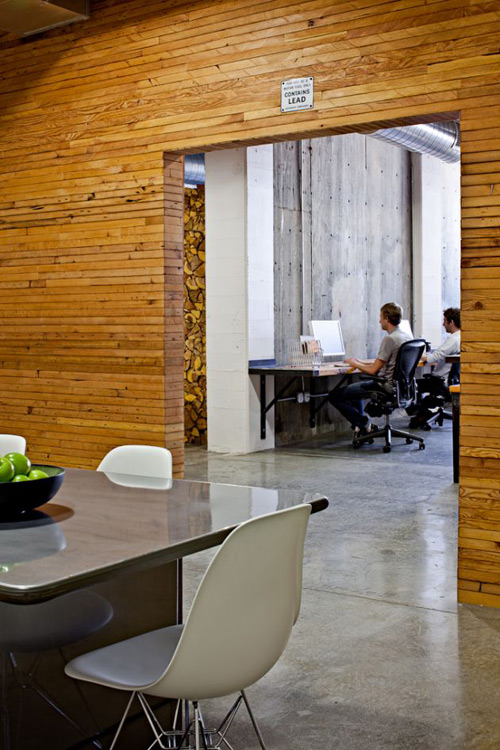 The Facebook headquarters by Studio O+A also creates a pleasing environment with the rough stone wall and the stack of old televisions and speakers in the lounge area. 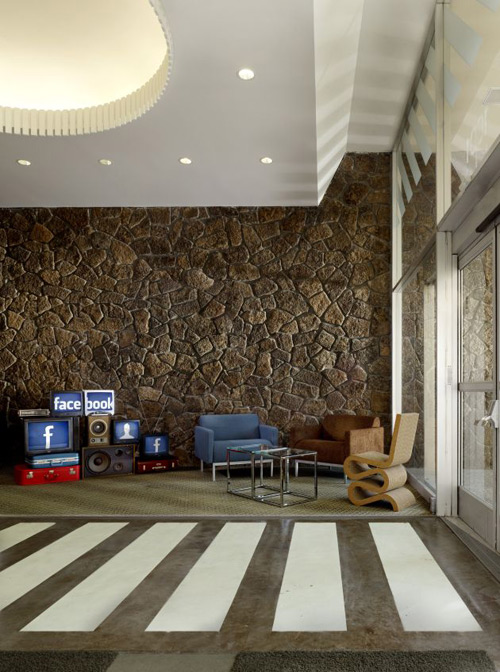 02. Bikes
Bikes are just plain cool, they speak to not only the aesthetics of a space, but also the behavior of the people who work there. The Okia office includes parking spots for vintage bicycles like the one below. 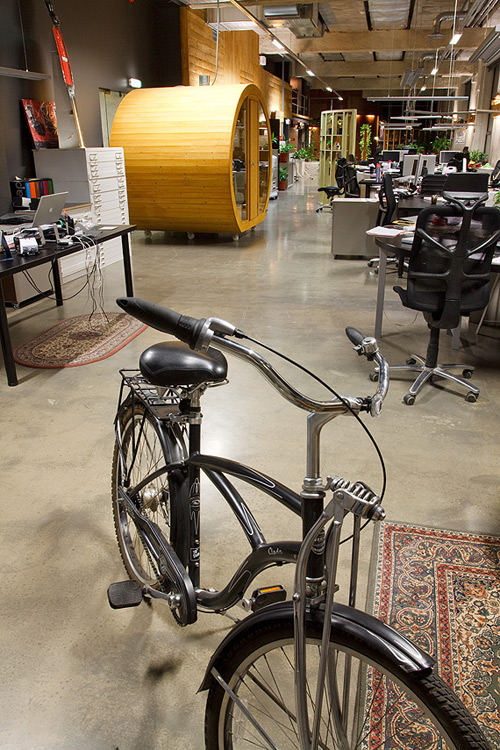 03. Hints
The hint of something fun up in the loft balances out the formality of the Okia space. It looks like there might be some bean bags up there and anyone with the slightest bit of curiosity should want to take a peek. 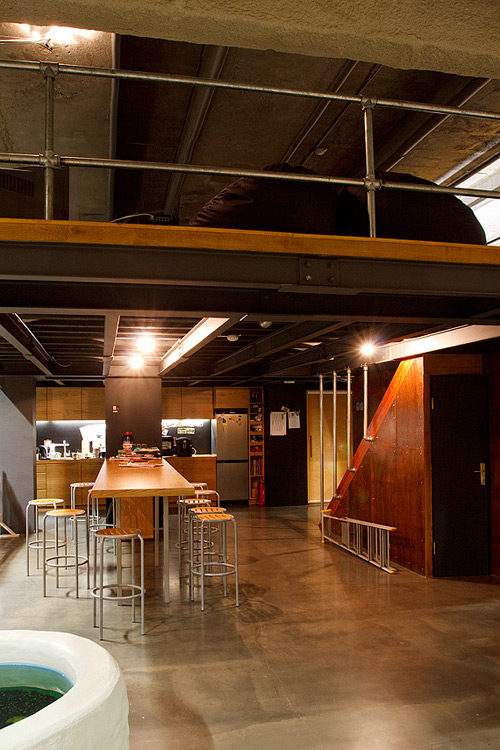 04. Sparse gathering spaces with cool furniture
Informal but clean gathering spaces are key. There should be places to hang out casually but it shouldn’t look like a college fraternity room. The concrete floor and Eames plywood chairs of the Parliament lounge area keep the space airy and light. 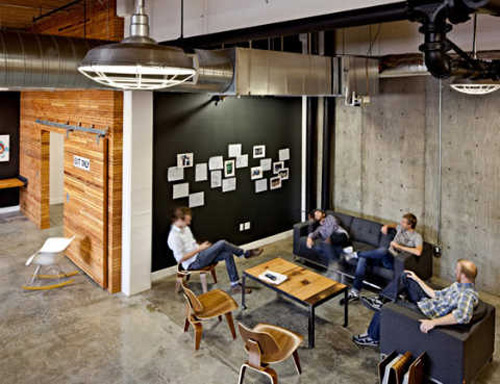 05. Information walls
It’s a fine line between clutter and information but the Behance offices pull it off with super-large post-it notes. 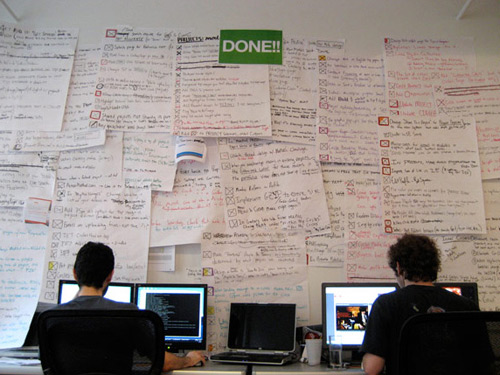 We’re partial to the orderly whiteboards that wrap a conference room at the Facebook headquarters. While a bit sterile, the room looks like the kind of place where you could get some serious bidness taken care of. 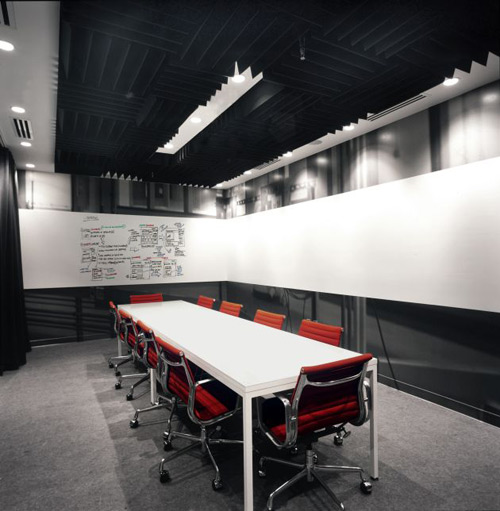 06. Repetition of ordinary objects as design feature
Huge kudos to Brandbase and their designers MOST Architecture for taking on a daring desk design involving dozens of shipping pallets. If done cleverly, the theme of repeating common objects can also be quite cost effective. 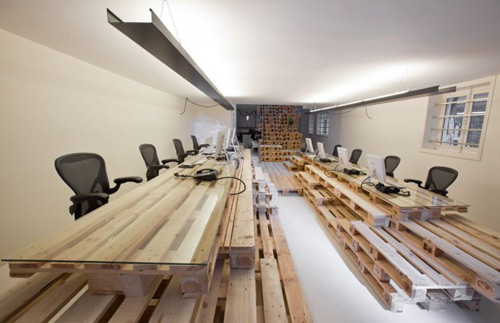 07. Playfulness
The BBC Worldwide Office has created a slick “indoor patio” primarily by including elements that are typically associated with outdoor spaces. I don’t know about you, but we’re heading straight for the hanging basket chairs. Design by thoughtspace. 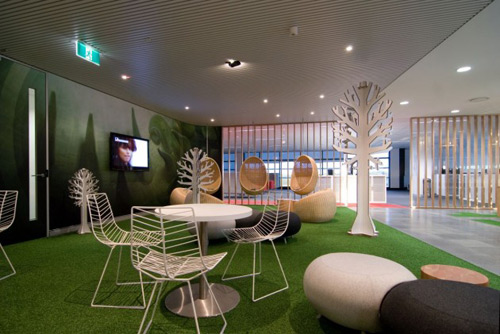 08. Office as laboratory
There’s something about the Topline offices indicating that they get things done. The lab adjacent to the desk spaces tells us that there’s a strong connection between designing and making. The open plan and strong focus on products suggests that it’s a streamline process with clear communication. 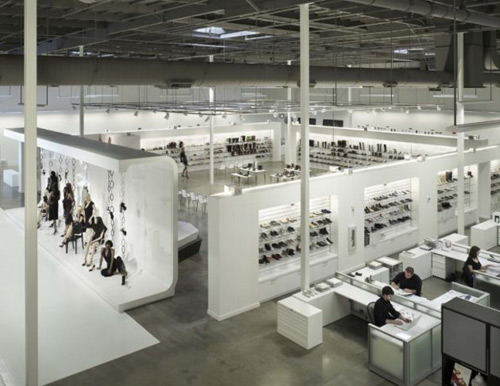 09. Resourcefulness (or scrappiness as we like to call it)
The Mode:lina office does a crisp job of creating work space by using cost-effective and readily available oriented strand board (OSB). They keep it simple and allow the material to be exactly what it is. 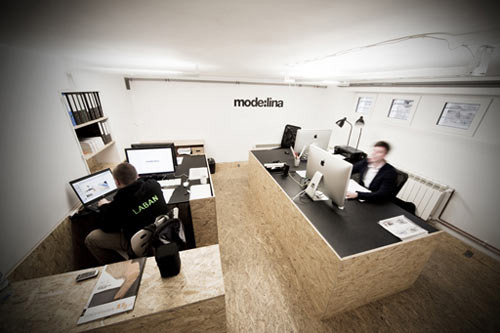 10. Cleverness
Clever design has the ability to bring out the kid in all of us and the upperkut offices do just that. Best of all, we like that they’ve achieved such a rich composition primarily through nothing more than wall treatments. 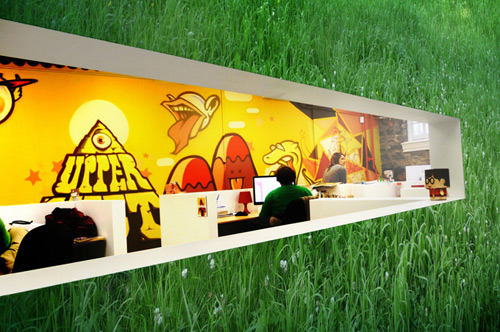 Huge props go out to Contemporist, Design-Milk and The Cool Hunter for their awesome coverage on office design – go give ‘em your eyeballs for a bit.