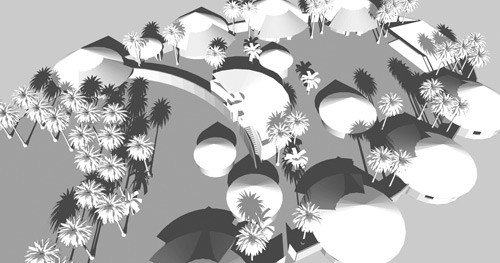 A couple of months ago, an organization named One World Dance & Drum approached us about designing a Multi-Cultural Learning Center all the way across the Atlantic Ocean in Guinea, West Africa. BUILD LLC was so inspired by their mission and their energy that we took the project on pro bono and it’s been pretty darn inspiring ever since. Today’s post is an intro to this extraordinary organization and a look at BUILD LLC’s design for the MCLC masterplan. 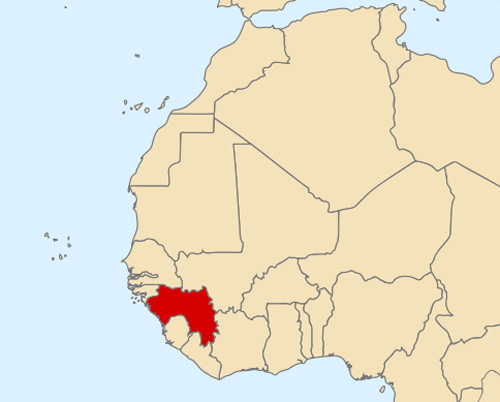 In addition to teaching classes in the Seattle area, OWD&D has created a three-week travel program for participants to learn dancing, drumming, textiles and drum-building in Guinea. BUILD LLC was tasked with designing a new learning center for 40 guests, 20 staff, and all the facilities required to accommodate dance, drumming, textiles, cooking, eating, gathering and performing. Basically, we’re designing a small village. 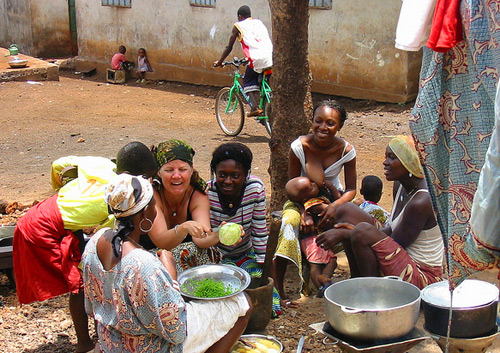 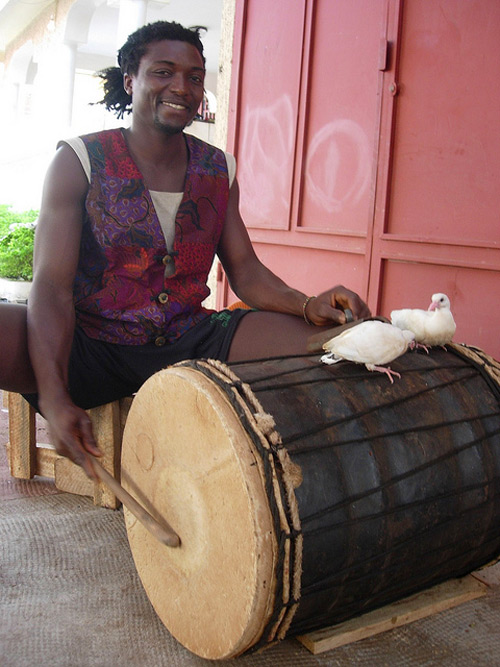 Guinea is one of the poorest countries in Africa and it’s easy to confuse OWD&D with the many organizations established to provide aid to African countries. But here’s the kicker… OWD&D was set up to save the United States. As a nation, we are losing our relationship with ritual, culture and community. With our ever-growing homogeneous suburbs filled with insular tract housing, the U.S. is in a serious crisis when it comes to these qualities. OWD&D’s mission is to re-introduce people to these senses and foster them. Whether it’s on our own block in Seattle’s U-District or a few hours outside of Conakry in West Africa, we believe that ritual, culture and community are fundamental necessities of humans and societies. Attacking the issue with good design and construction logic has been both exciting and empowering. 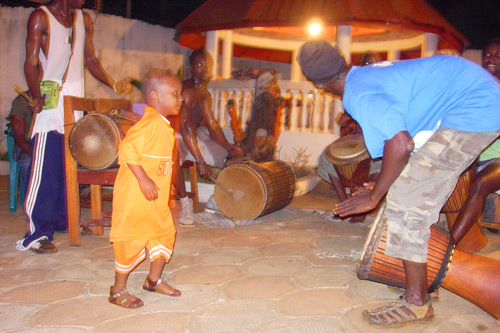 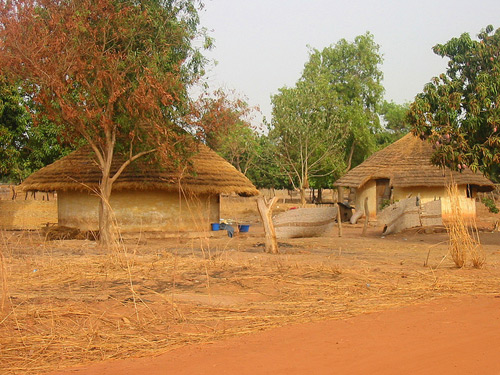 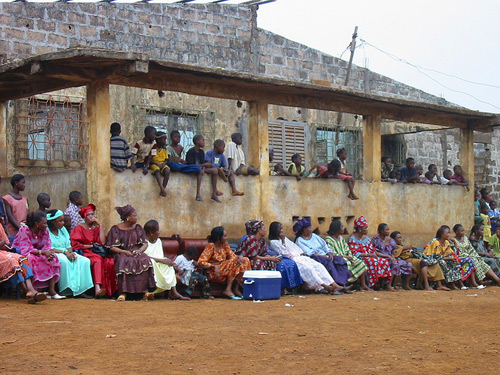 Typically we like to get on-site as early in the process as possible to learn the land, know the place, and gather all that information that only occurs through experience. This project is an anomaly being so far away and we won’t be on the ground until construction begins. So we reviewed as many site photos as we could get our hands on and had in-depth conversations with the founders of OWD&D, Sarah Lee and Karim. The site covers many acres within a tropical landscape of grasses, fruit trees, and palms. The Fouta Djallon mountain range rises in the distance and spectacular waterfalls are a couple hours drive away.  The region is a mere 10 degrees from the equator and subsequently the intense sun is one of the most important design factors. 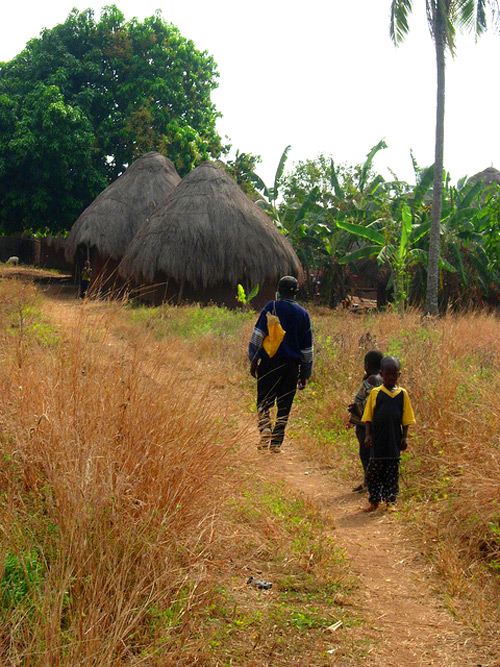 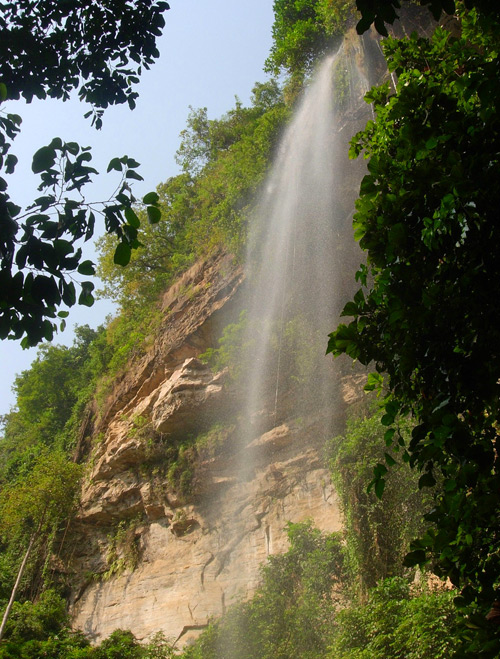 The simple geometric master plan takes its design cues from natural proportions and the concept of inclusiveness. At the same time, these shapes can be scribed on the ground with the simplest of tools – thereby eliminating the need for complicated drawings throughout the construction process. 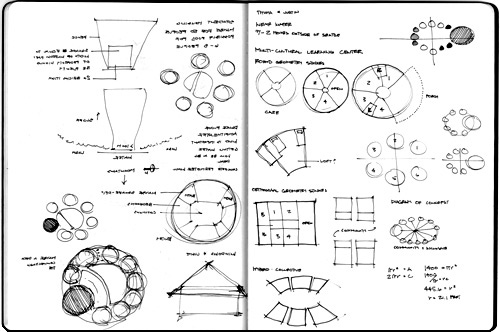 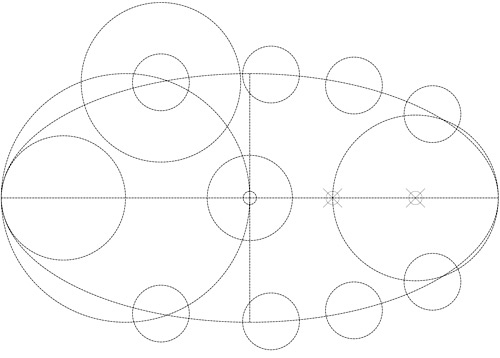 The main ellipse defines the learning center and provides a secure interior. Guest and staff huts (called cazes, pronounced ‘cah-ZAYS’) line the ellipse and provide stability to the perimeter wall. A main building in the center houses the kitchen, textile workshop and storage. A covered rooftop offers a pleasant location for community dining. There is a performance space for the learning center on the right side and a stage for community wide performances on the left. Several open-air gazebos are located throughout and can accommodate a range of functions. Roof overhangs are generous and palms are scattered amongst the cazes to offer shade. The underlying geometry also establishes a set of basic rules so that future additions or modifications can use the guiding design principles. 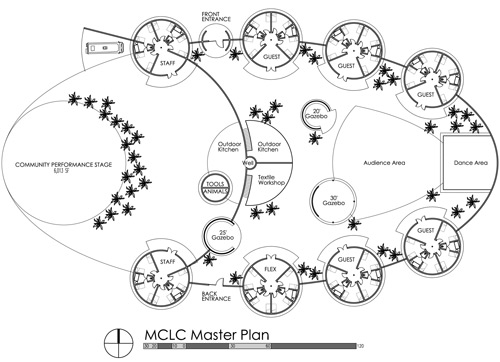 The individual caze designs also follow a simple set of geometrical rules which can be scribed on the ground and constructed without the use of complicated or expensive tools. Each of the 8 cazes are identical in terms of design so that the first built model can act as a reference for the others. BUILD LLC will be on the ground helping construct the first caze in 2011. 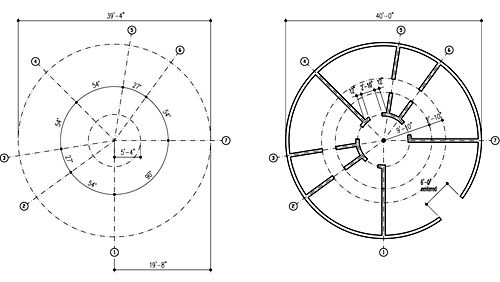 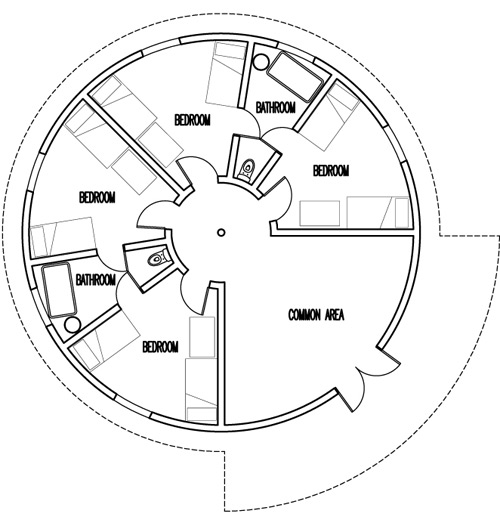 There’s a great amount of craftsmanship in Guinea, as evidenced by so many of their musical instruments. Labor tends to be cheap but materials are expensive so the design uses Concrete Masonry Units, a common building material in Guinea. The CMU blocks can be staggered and arranged in circles, ellipses and arcs; a stucco coat is then applied giving the exterior a textured uniform skin. The roof-framing will be constructed of wood. Guinea is the aluminum capital of Africa and therefore it will be cost-effective to clad the roof structures with aluminum sheets. 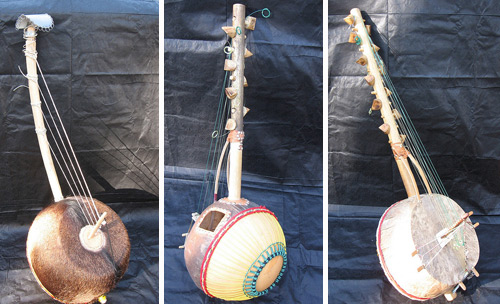 The learning center will be a modern version of the Guinean village; sensible in construction and built over time in stages. The forms should evoke the feel of a village and the functions should allow for the ritual, culture, and community so important to the program. 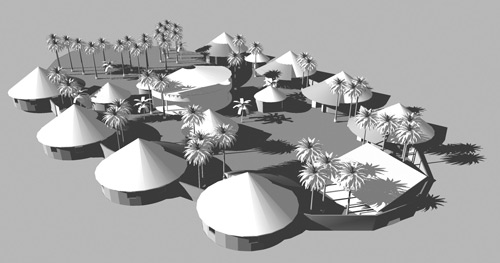 The master plan may even translate into the MCLC Guinea marketing package and we’ve been experimenting with some logo concepts. 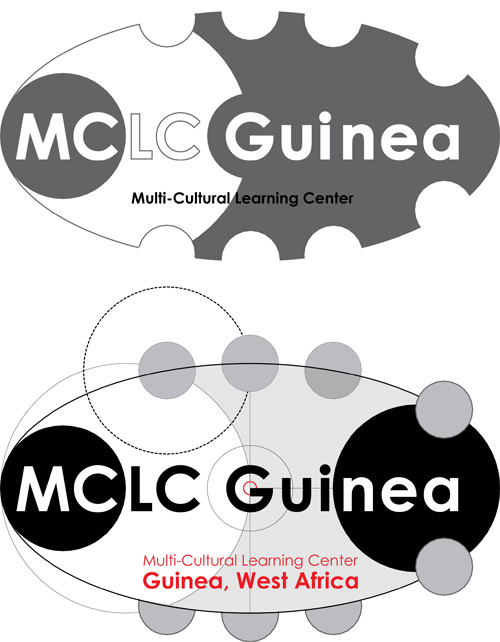 Overall the project has been super rewarding thus far, and we look forward to updating the BUILDblog with further information. If the Multi-Cultural Learning Center inspires you and you’d like to show your support, contact One World Dance & Drum for more information. 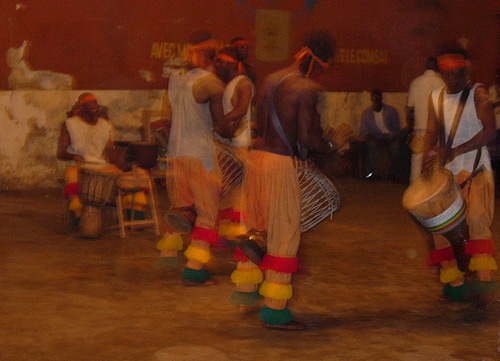 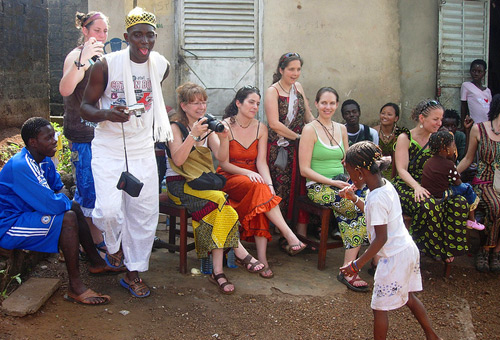