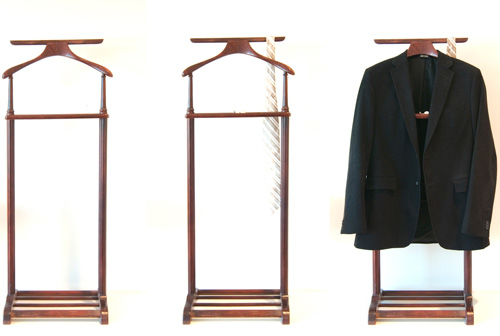 We live in strange times. Rarely is a piece of furniture sought out with the foresight to consider future generations. That a design lasts for three generations is extraordinary and nearly unheard of in our disposable society. As architects, builders and individuals concerned with the condition of our physical environment, we are alarmed with the current state of design and consumerism. Nothing is as depressing as watching someone spend their hard-earned money on cheap disposable objects for the home. Not only do they miss out on the qualities of good design but they bypass the ritual of handing down a piece of design to the next generation. We wonder how the next generation will learn to cherish good design and take care of their possessions if the link is broken.

Amidst all the mass produced cheap furniture, the ever growing mountains of garbage in our landfills, and the pervasive and erroneous philosophy that the more stuff you own the better off you are, there is a new movement swelling up. It’s actually a very old movement but in the context of our current culture it has become a significant paradigm shift. We’re seeing it more and more in the people and places that we look to for inspiration. We’re seeing it in the individuals who are living deliberately and with purpose. We’re seeing it in our heroes out there that don’t need to be told what’s fashionable and what’s passé. The idea seems to operate independently of what the stock market is doing and, in fact, may be more relevant than ever in our challenging economic times. The idea is really quite simple

Be intentional with the things you buy and take care of them.

It’s really that easy. It might take doing a little more homework and it may require that you inspect things a bit closer. The concept entails using new math rather than the old math; the new math looks at what an object costs when it’s used for decades and maybe even generations as compared to the short-sighted endless cycle of buying and disposing. The new math involves opening up to the idea that everything doesn’t need to be new – used or vintage items have a story and character of their own that often far exceeds that of the glossy objects on display at IKEA.

There are lots of great answers out there for the new paradigm shift. Here at BUILD we recently came out with a timeless line of furniture for the home. Many other groups out there are crunching on the same issues and doing a great job of providing design that’s intended to last for generations. To supplement today’s post we’re asking that you tell us about your favorite timeless designs or designers out there. Hit that comments button and give these groups the kudos they deserve.