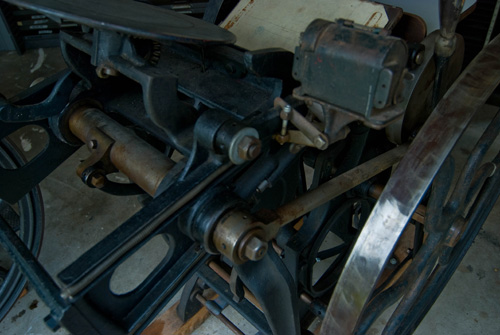 In this tidy digital information age (that we’re all getting a bit too comfortable in) there’s a new movement boiling up. It’s gritty, imperfect and requires a bit of elbow grease. It’s physical, authentic and most of all, it’s changing the rules. 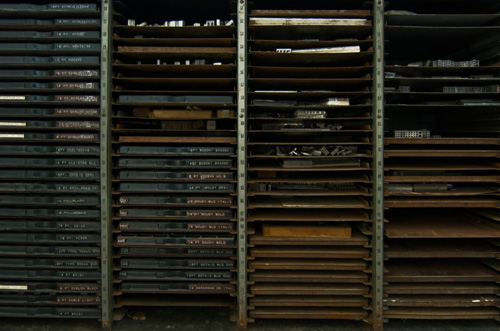 Maybe we’re all getting tired of staring at our sterile monitors for the majority of the day, or maybe purging down our language and expression into homogenous emails is finally reaching the threshold of diminishing returns. Maybe things are getting a little too clean, a bit too prosaic. Perhaps the human fingerprint is absent a bit too often from the things that greet our senses. 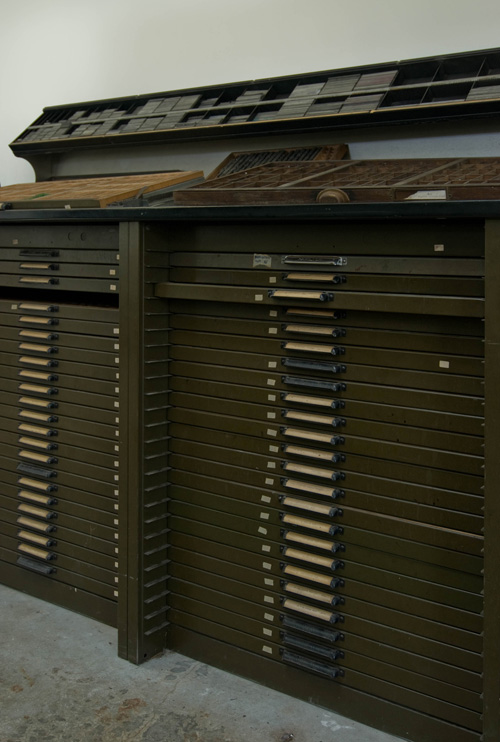 Whatever the case, we’re seeing the signs of a new wave everywhere around us lately. There’s an advancement of designers digging deep and creating a new movement of tangible work that has a grittiness and an imperfection about it. It’s work that connects with the senses and engages the mind. It’s fascinating work precisely because it’s imperfect. 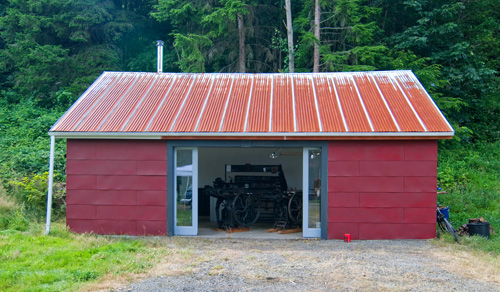 Over the weekend we had an opportunity to visit the Smoke Farm Press about an hour north of Seattle. We were immediately drawn to the tractor shed, built from the discarded lumber of old barns, which gave us just a peak of the mechanics housed inside. 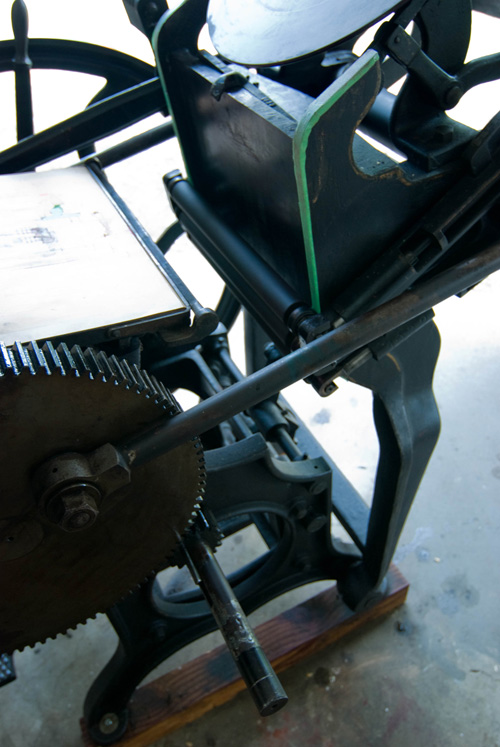 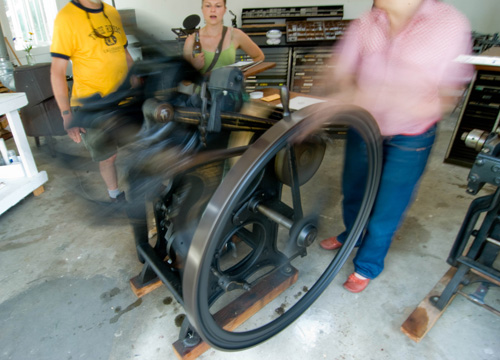 Anyone remotely involved with the design industry should feel an inextricable connection with a letter press. It is a pure expression of its function and it is nearly impossible to prevent oneself from pushing down on the foot pedal which enables the gears to spin and the plates to oscillate. Once spinning, the machine is a wonder to observe. 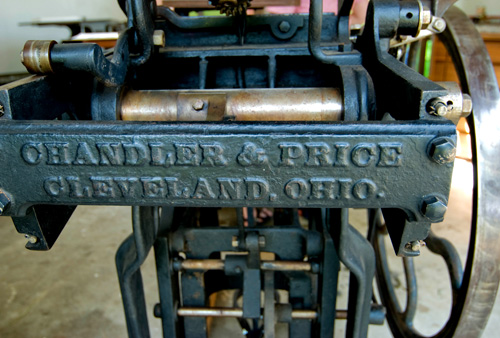 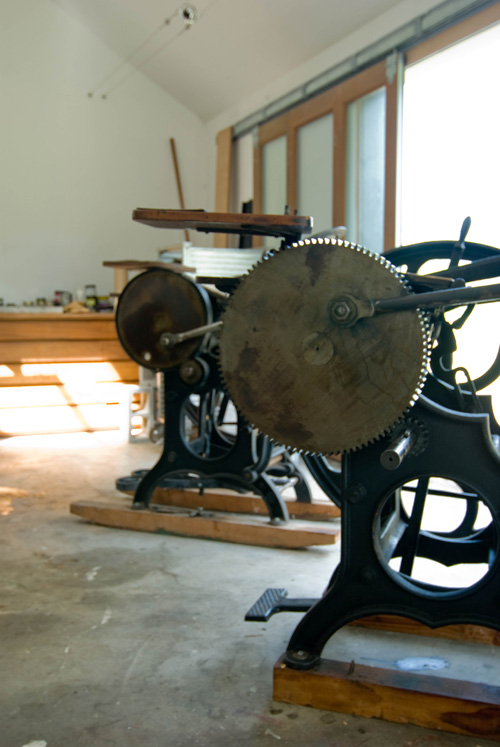 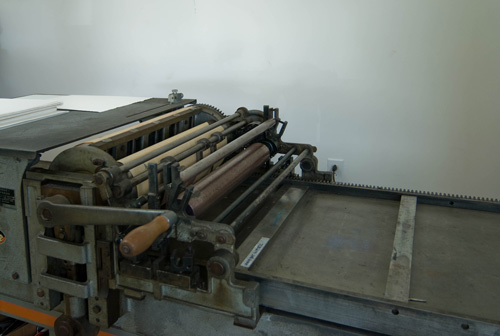 The letter press machines at Smoke Farm were built in the late 1800’s and, over a hundred years later, still glide through their motions today. Every bit as remarkable as the press machines themselves, are the plates and blocks used to produce the colored cards and posters. Thousands of blocks cover the numerous fonts and symbols typically used by the press – all organized into bins and drawers, well worn by the human hand over decades of use. 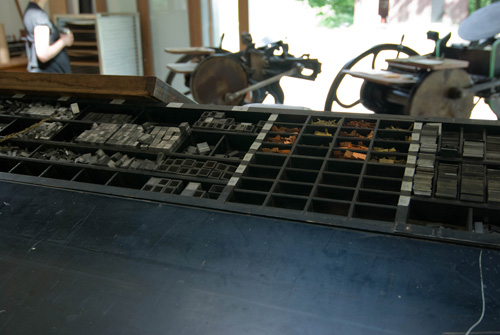 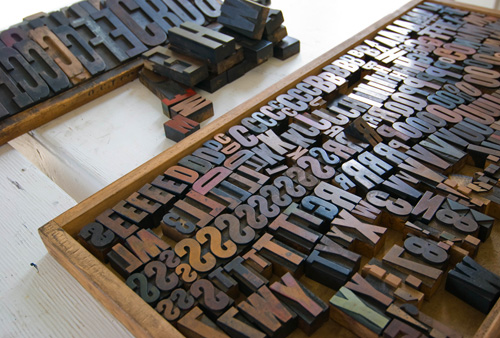 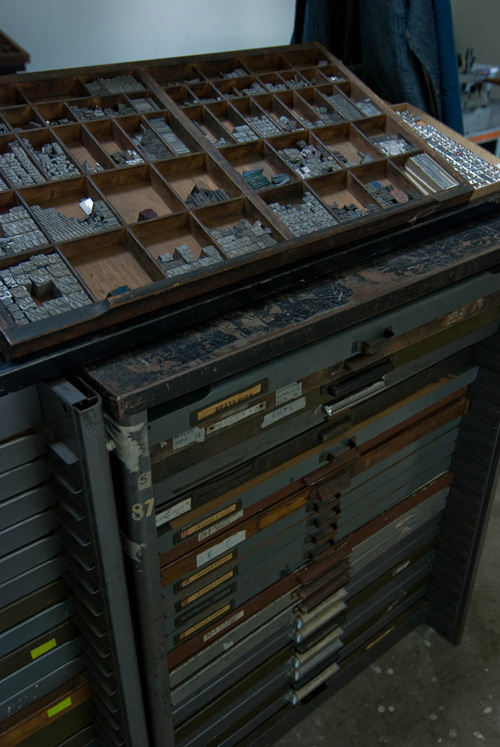 The letter press was a refreshing example of this tactile grittiness we’re seeing out there and it’s a good reminder of what it means to make something real. Let us know where you’re seeing the grit. 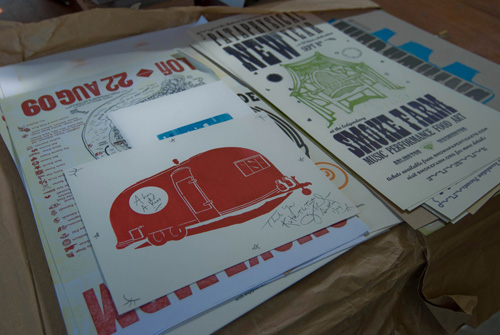